The Regent Theater is a former theater on South Limestone Street in downtown Springfield, Ohio. It opened in 1920 and closed in 1992.

The Regent Theater, designed by Charles Howard Crane, was constructed in 1919-20 5 and opened by Gustave Ferdinand Klotz (Gus Sun) for the Sun Vaudeville Circuit on August 16. 2 5 The vaudeville facility was finished at the cost of $300,000 and premiered with the silent film, “Yes or No,” with over 2,000 in attendance. 5 Inside was a single stage with two tiers of seating, and a second-story office for Klotz, a well-known vaudeville booking agent, and manager, for his self-owned Gus Sun Booking Exchange and Gus Sun Amusement Company. 2 3 5

Klotz, who came to Springfield in 1906 to open a theatrical booking agency, helped the Marx Brothers, the Ritz Brothers, W.C. Fields, Al Jolson, Will Rogers, George Burns, Bert Lahr, and Edgar Bergen start their acting careers. 3 Klotz had a storied history, and it was reported in 1947 that Warner Brothers was considering making a movie based upon his life. During the hay-day of vaudeville, the Gus Sun Booking Exchange provided a circuit of 275 theaters with entertainers. 3 As vaudeville declined in popularity, the agency switched into booking acts for county and state fairs. At its peak, Gus Sun had ten offices that dropped to three by 1942 in Springfield, Detroit, and Des Moines, Iowa.

The Regent was sold to the Chakeres Amusement Company in October 1928. 5 Owing to the rising popularity of “talking” movies, the final vaudeville performance was held on April 28, 1929, and the facility showed its first Vitaphone sound film on May 12. The Regent was later converted into a two-screen complex by adding a screen on the stage and along the balcony. 2

In 2012, the Turner Foundation, which acquired the shuttered Regent Theatre, installed a new roof and removed the deteriorating signage in 2012, which was placed into storage pending restoration. 4 In 2013, the marquee was removed over safety concerns and also placed into storage. 1 Work began in the summer of 2014 to stabilize and partially restore the front façade, which included painting and cosmetic repairs. 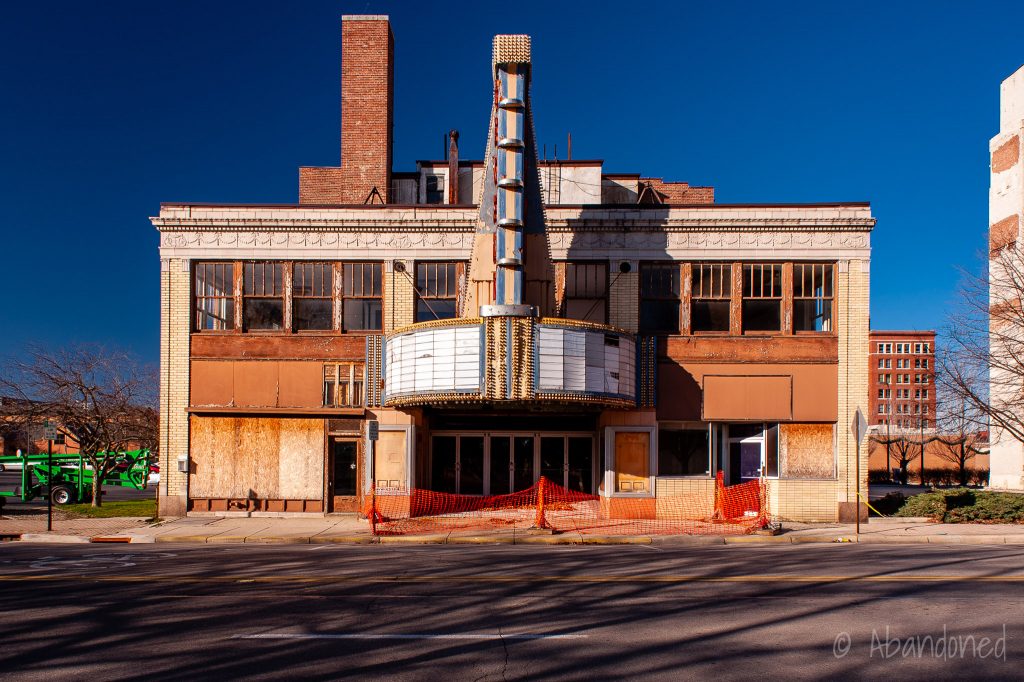 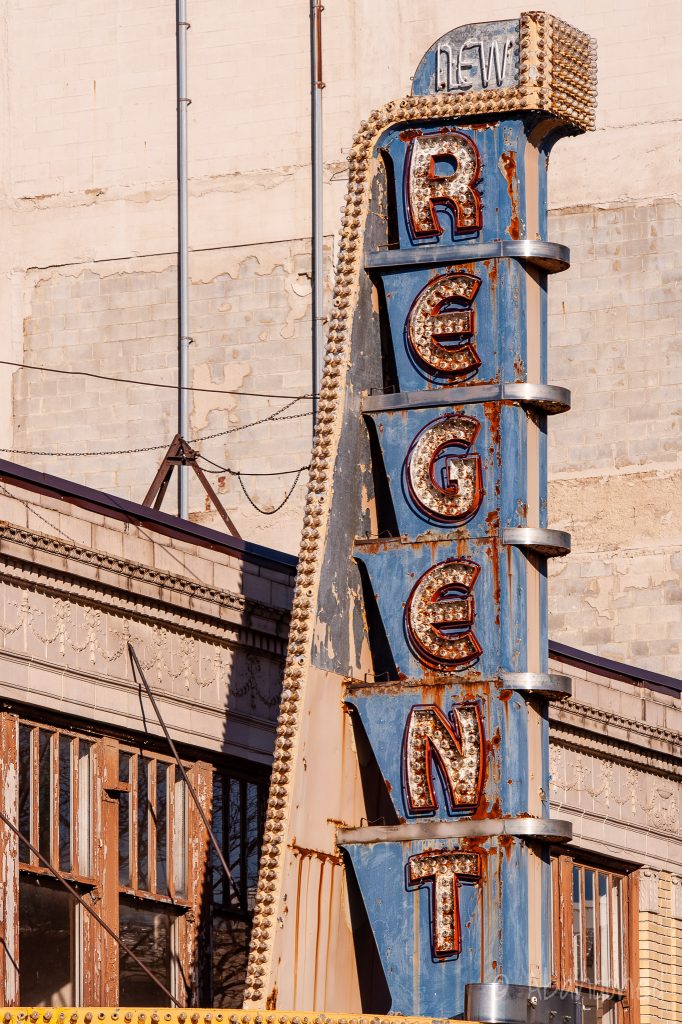 Abandoned at the Carnegie

On Friday, January 7, from 6-9pm, The Carnegie Visual and Performing Arts Center will host the opening reception for Isolation & Togetherness. Featured will be the works of several artists, includ…
END_OF_DOCUMENT_TOKEN_TO_BE_REPLACED
Category ExplorationsPosted on December 3, 2009April 23, 2015

A Tale of Two Houses