The Spring Glen Resort is an abandoned resort in the Catskill Mountains of New York, operating from 1920 to 2007.

Sam Meyerson, the first Jewish resident in the Shawangunk Mountain region of the Catskills, settled along Homowack Kill circa 1900. 8 15 Subsequently, more Jewish families purchased land in the vicinity. Needing a place to worship, the County Line Methodist Episcopal Church graciously offered the use of their church building.

The Spring Glen congregation was formed in 1908 and the Spring Glen Synagogue, a small white clapboard bungalow with blue trim, was erected between 1916 and 1918 and was available for use for daily morning and evening prayers. 8 15 Spring Glen was formally incorporated in 1920.

The congregation soon grew to offer resort-like services as Homowack Lodge, becoming part of the “Borscht Belt,” an area distinguished by Jewish summer resort hotels, cabin colonies, and camps. 2 Tourism in the Catskills peaked after World War II, when massive resort facilities, such as Grossingers and The Pines, were built in the countryside. 2 By the 1960s, tourism in the “Borscht Belt” had entered a decline. Air travel was becoming increasingly convenient and cheap and the advent of interstate highways made long-distance automobile travel easier.

On January 7, 1959, a fire leveled two employee apartment buildings. 13 Both structures, one with 18 rooms, the other with 25 rooms, were engulfed in minutes due to high winds. The loss was estimated at $40,000. Another fire on May 27, 1964, caused damage in a new 72-room addition to the lodge. 12 Volunteer firefighters from Ellenville and Summitville saved the main building. The loss was estimated at $100,000.

In 2006, New Square-based Machne Bnos Square, a Jewish Hasidic sect, purchased Homowack Lodge. 9 Over 10,000 Hasidic Jews from the United States and Canada 6 gathered at Spring Glen on August 19, 2007, to celebrate the founding of the New Square Shtetel. 3 9 The 325-room facility was split between Spring Mountain Resort, the largest strictly Kosher hotel in the world, and the Congregation Bais Trana Children’s Camp. 9 Machne Bnos planned on completing various improvements to the derelict property.

Problems plagued the Jewish resort from its iteration. The town and state did not receive any permits for any construction from Machne Bnos, and neighbors complained of zoning and environmental issues. 6

After an oil spill was reported on the site on July 9, 2009, 7 inspectors from the state Department of Health found leaking roofs, water on or in electrical boxes, exposed wiring, plumbing issues, a submerged and possibly contaminated drinking water well, and mold throughout the complex, and violations with the water and sewer plants. 4 The fire alarm and sprinkler system was also not operable. The inspectors also found a leaking petroleum bulk storage tank, an unmaintained sewage disposal facility, and the waste being buried on site. 7 The state gave the owners until July 13 to correct the problems. 4

After the issues were not remedied, the state sought a voluntary evacuation of camp residents on July 15. 5 Despite the plea from the state, Machne Bnos continued to harbor more than 200 girls on the property. 4 On July 23, the state denied the congregation’s permit application for an overnight camp certification and ordered the congregation to vacate the premises the following day. 9

The group was then ordered by the state to hire a third party to conduct 24-hour fire watches and act as an on-site fire marshal. 4 Machne Bnos was also ordered to hire plumbing and electrical contractors, a consultant to remove mold, and hire a certified wastewater treatment system operator to maintain the sewage disposal treatment plant.

On August 8, a county judge gave Congregation Bais Trana three more days to evacuate the Hasidic resort and girls camp. 7 The judge also issued new rules, requiring all doors of unoccupied areas to be locked or chained, the pool closed, and the main kitchen closed due to extensive mold. Bais Trana evacuated the complex the following day. 14

In June 2014, Brooklyn-based Beautiful Earth Group purchased the derelict Homowack Lodge for $115,000 through a county tax auction. 1 The group also paid $392,000 in back taxes owed. Beautiful Earth planned to restore the hotel section of the property for private use while opening up the remainder to the public for recreational purposes. The project would restore the pools, tennis courts, and other facilities. 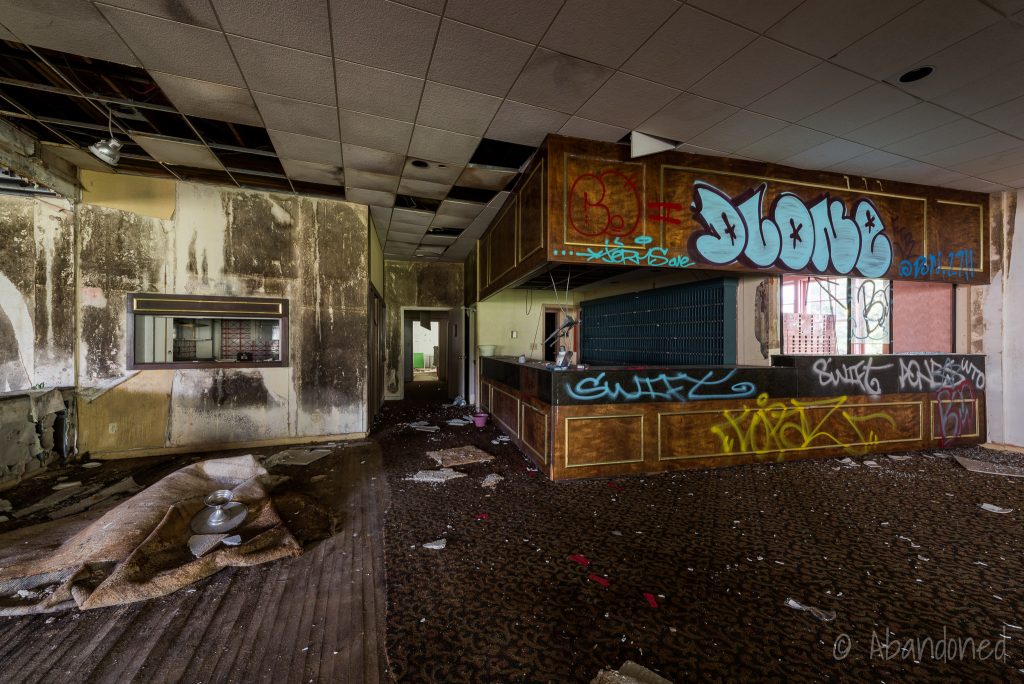 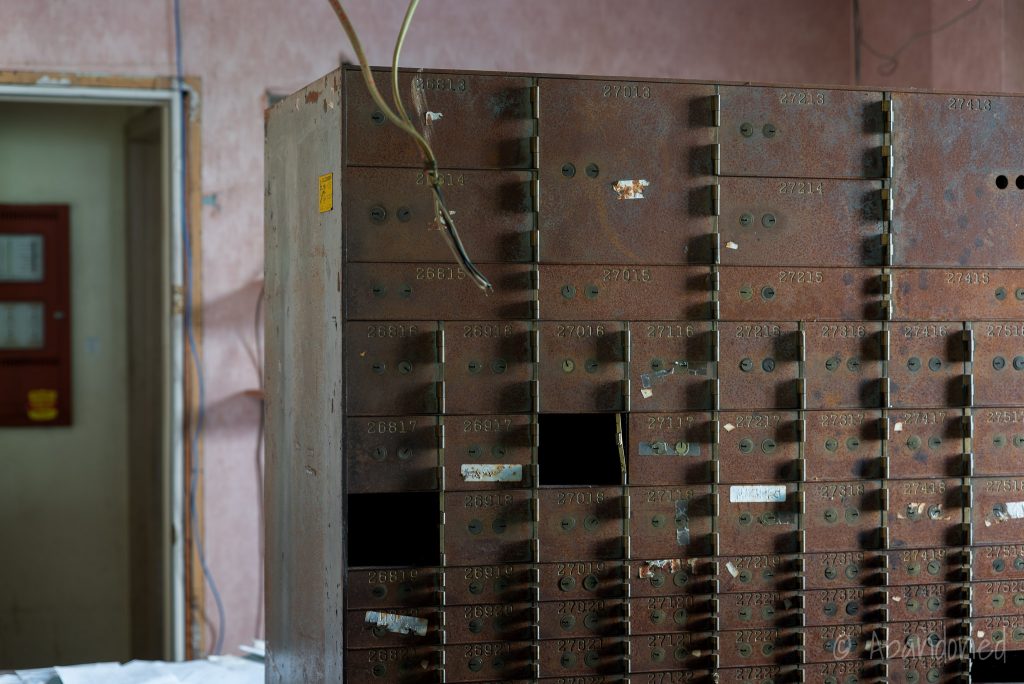 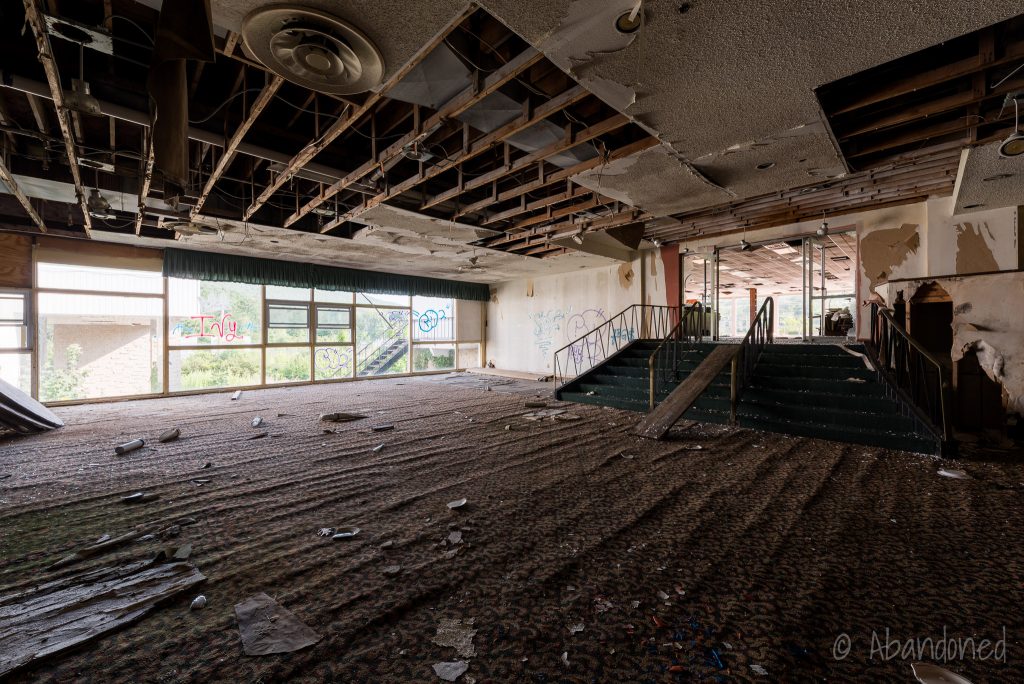 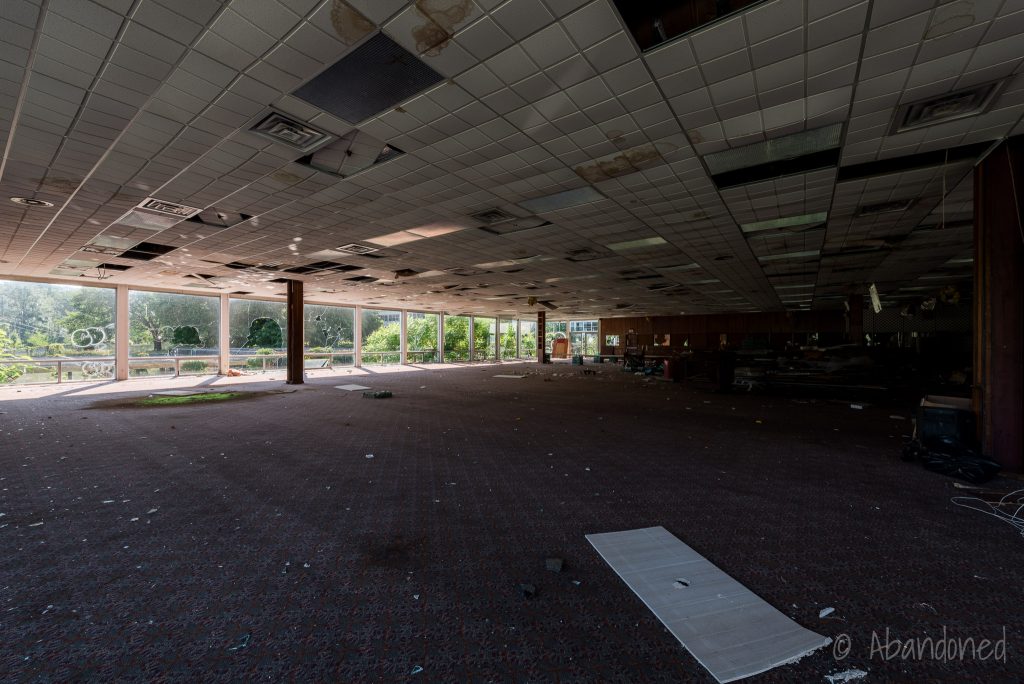 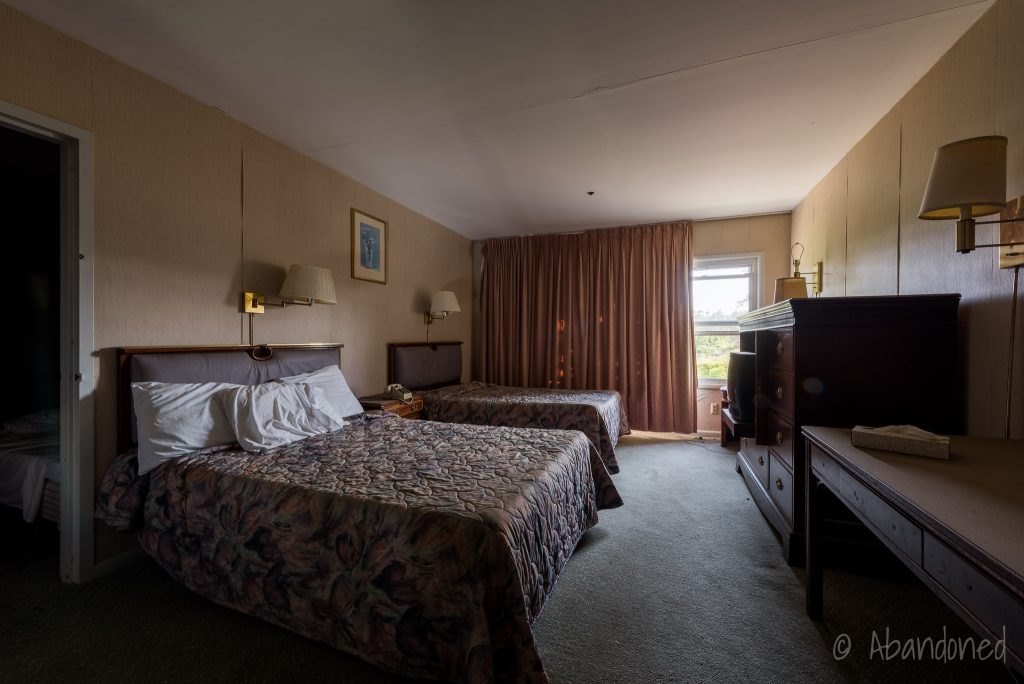 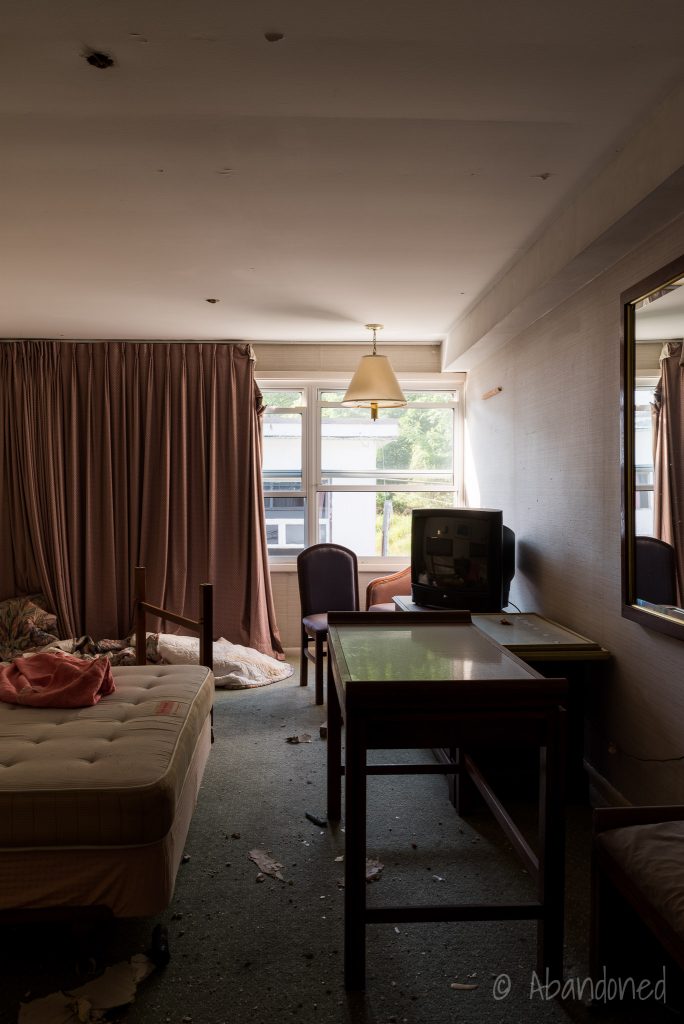 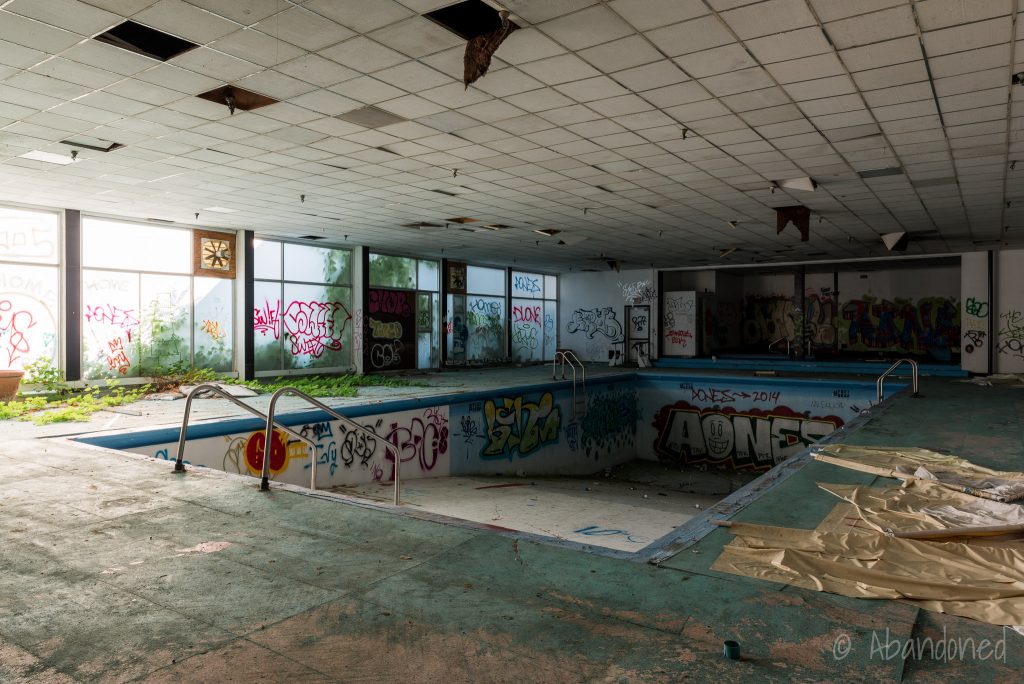 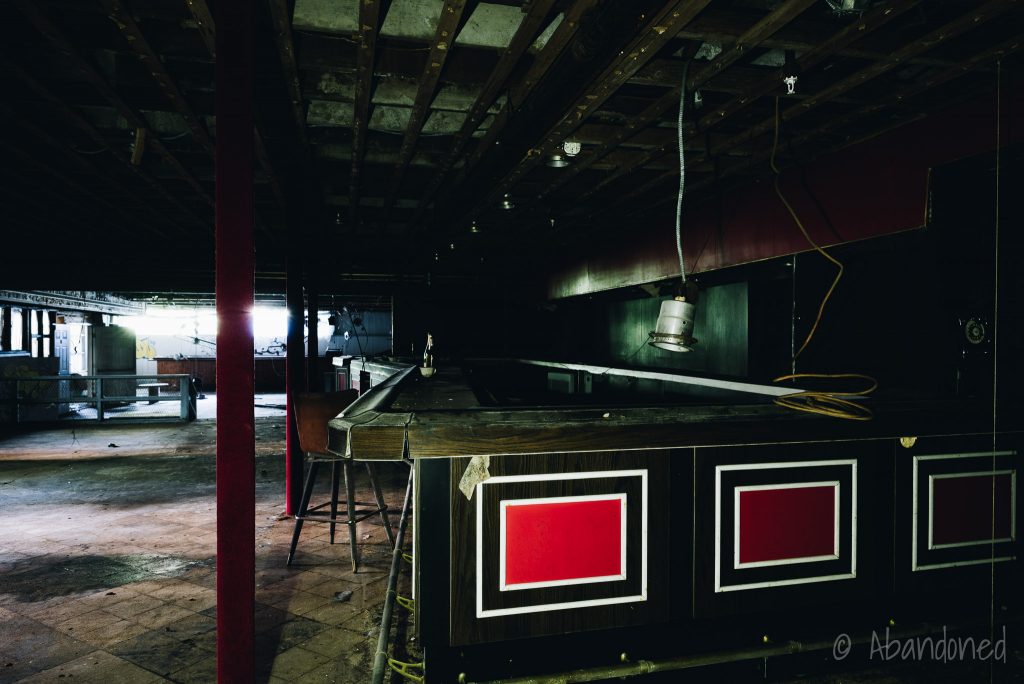 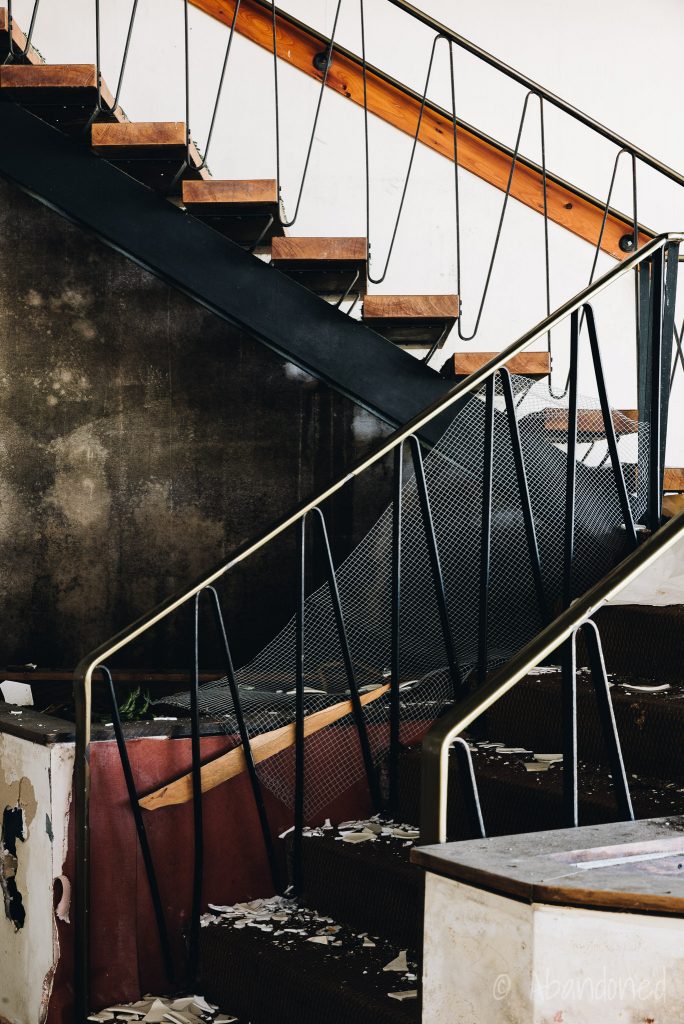 If you have watched the Shawshank Redemption, Air Force One, Tango & Cash or Harry and Walter Go To New York, then you have at at least previewed parts of the now-closed Ohio State Reformatory…
END_OF_DOCUMENT_TOKEN_TO_BE_REPLACED
Category NewsPosted on March 2, 2014April 22, 2015

Frustrated by failed attempts to have the Monsour family demolish the deteriorated hospital, the city of Jeannette and Westmoreland County have teamed up to tear down the Monsour Medical Center by the…
END_OF_DOCUMENT_TOKEN_TO_BE_REPLACED
Category NewsPosted on December 20, 2010March 11, 2014

The streets of West Saginaw are bleak this time of year. This is partially the effect of the season: indifferent gray skies, cutting Michigan winds, trees still and bare. However, the austerity of …
END_OF_DOCUMENT_TOKEN_TO_BE_REPLACED