The Madison, Indianapolis & Lafayette Railroad connected Madison to Indianapolis, Indiana. It was the state’s first railroad.

The Madison, Indianapolis & Lafayette Railroad (MI&L) was first conceived in 1836 when state legislators included it as part of the Internal Improvement Act. 1

Work on the first segment of the MI&L, between Madison and North Vernon, began in 1837. 1 It included the removal of 500,000 tons of earth 6 and the construction of a 7,012-foot incline with a grade of 5.89% in Madison, which was the steepest incline of any standard gauge railroad in the nation. The first train to operate over the track occurred on November 3, 1841. 6

Horses were required to pull train cars up the incline as no locomotive was powerful enough for the grade. 2 A cogwheel system was implemented in 1848 but abandoned in 1868 when the Reuben Wells engine debuted. The 56-ton engine was heavy enough to stay on the tracks without the assistance of cogs. At the top of the incline, the Reuben Wells was swapped for a standard locomotive. A project conceived in 1853 called for a 4¾-mile lower grade line to be built in the Clifty Creek valley to bypass the incline. 6 It would have included two tunnels but all work was stopped after $309,479 was expended due to financial difficulties.

The MI&L became part of the Jeffersonville, Madison & Indianapolis Railroad in 1866, which merged with other railroads in 1890 to form the Pittsburgh, Cincinnati, Chicago & St. Louis Railway (PCC&StL), which was controlled by the Pennsylvania Railroad (PRR).

The PCC&StL discontinued dedicated passenger operations in Madison on August 15, 1935, which was replaced by a coach attached to daily local freight runs until that, too, ended on October 10, 1938. 4

The PRR eventually became a part of Penn Central (PC) which went bankrupt in 1970.

In the 1975 Final System Plan for Conrail, which was to take over PC and other bankrupt railroads in 1976, the section of the PCC&StL between Madison and North Vernon was marked as dismantled despite it serving the Clifty Creek Power Plant. Aided by the state legislators, who passed a law that authorized cities to operate short line railroads that were less than 50 miles in length, 5 the city of Madison acquired the line in 1981 to save the railroad from abandonment. 1 The city had originally offered Conrail $500,000 which was declined. 5 The city went to court and filed a condemnation suit under the Right of Eminent Domain, and the court ruled in favor of the city. The line was sold to Conrail for just $307,000.

The incline, maintained to service the Clifty Creek Power Plant, was last used for regular operations in 1992. 7 It had just been refurbished with financial assistance from the Indiana-Kentucky Electric Corporation and was used to haul equipment down to the power plant when it was being expanded upon.

Elsewhere, a 16.8-mile segment from North Vernon to a power substation near Columbus was abandoned in 1975. 3 The remainder of the line between Columbus and Indianapolis was acquired by the Louisville & Indiana Railroad in March 1994.

The idea for a rail-to-trail to connect downtown Madison to the top of the hill was conceived in 1995. 3 The state General Assembly allocated $435,000 for the trail in 1999. The Build Indiana fund contributed an additional $45,000. Construction on the first segment of the trail, between Crooked Creek to a quarry, was awarded to Wingham Construction in 2001 and opened on September 21, 2002. 3 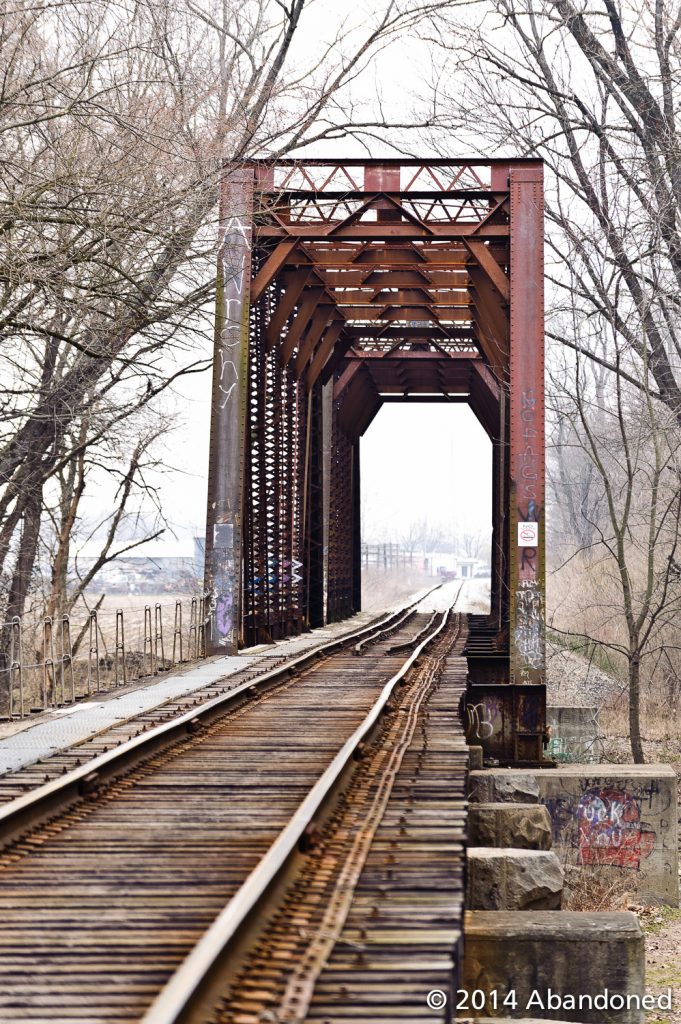 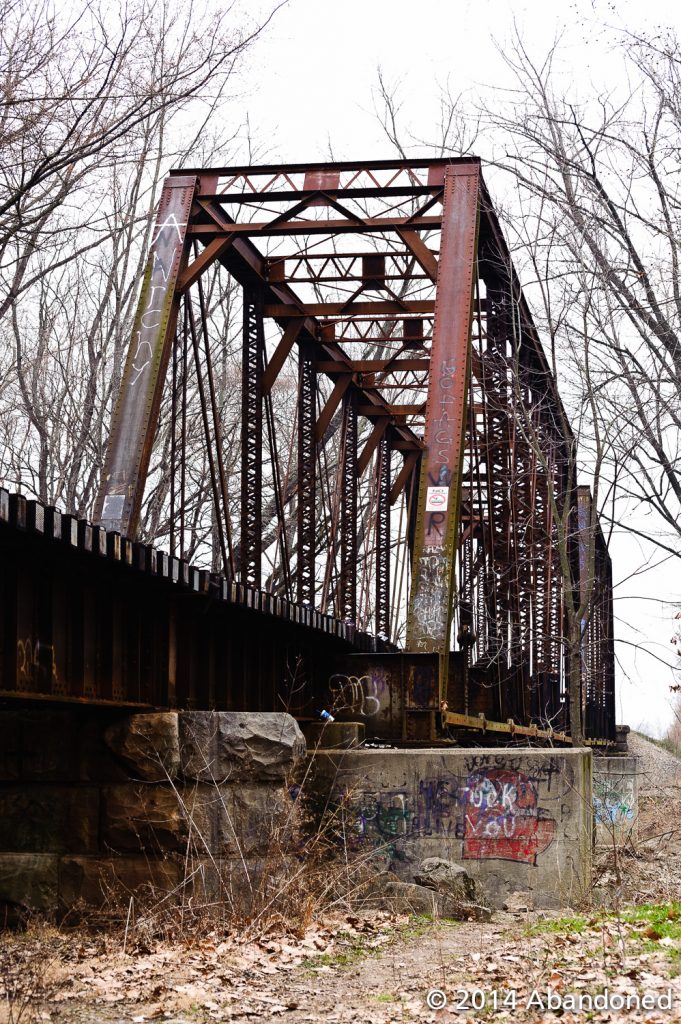 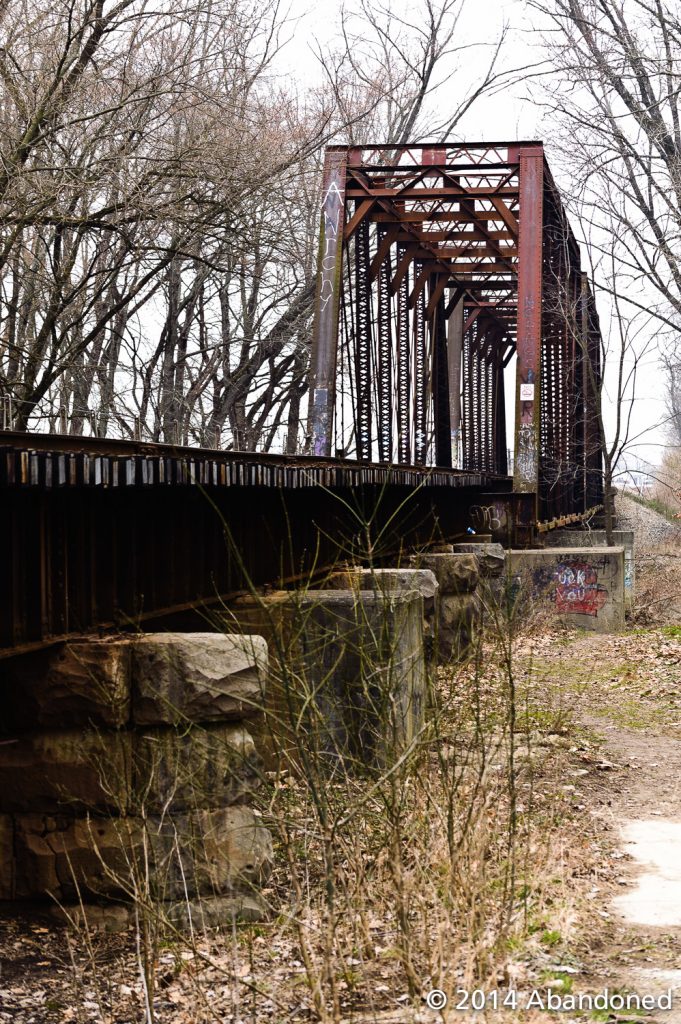 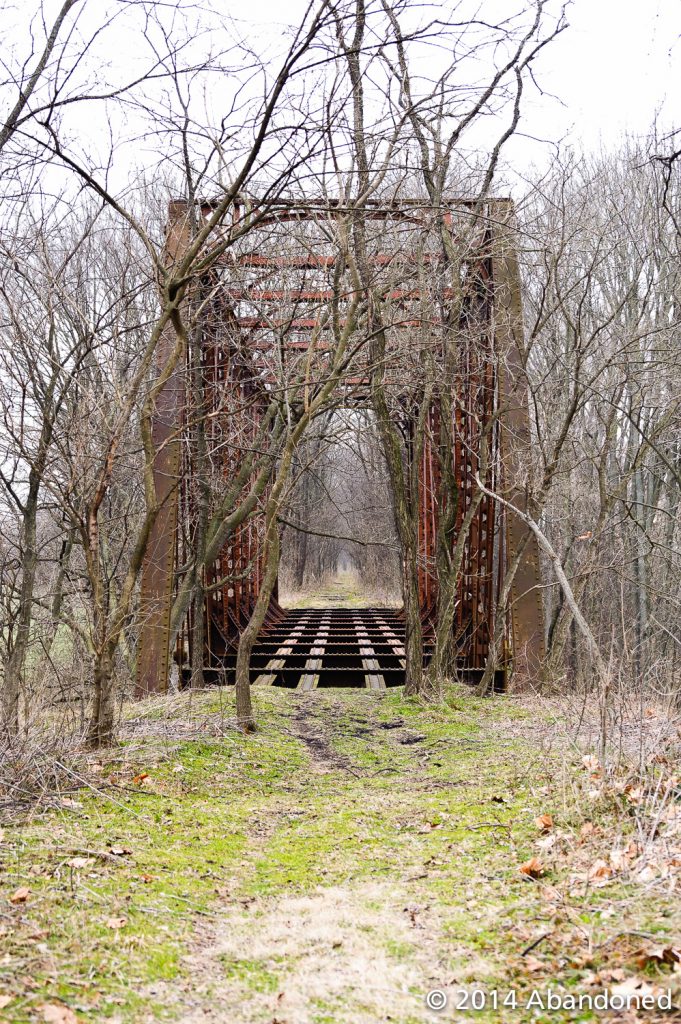 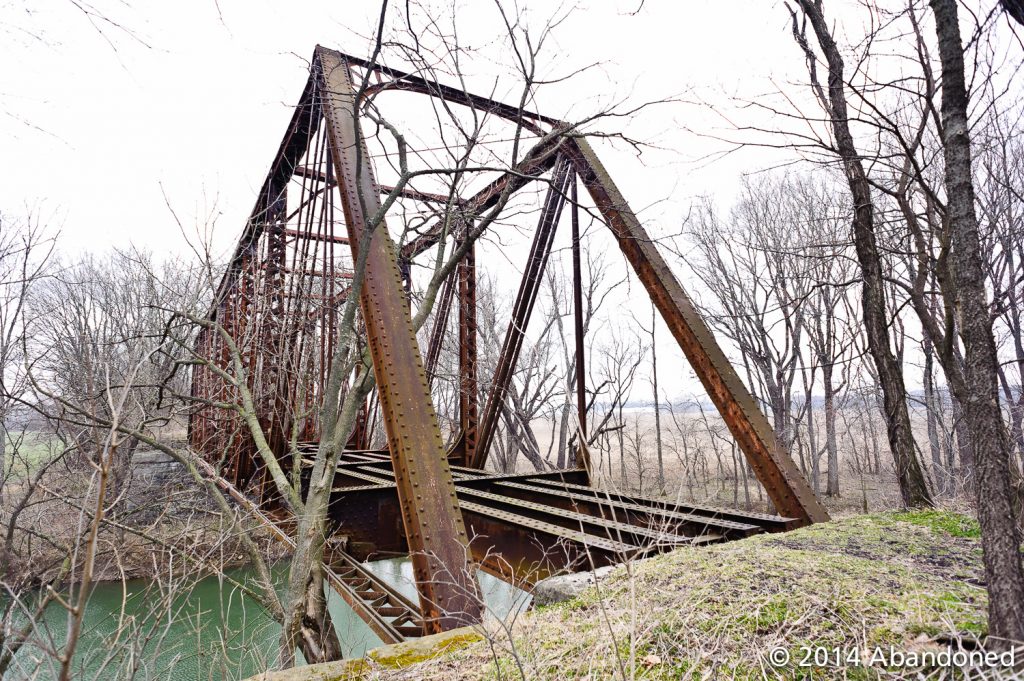 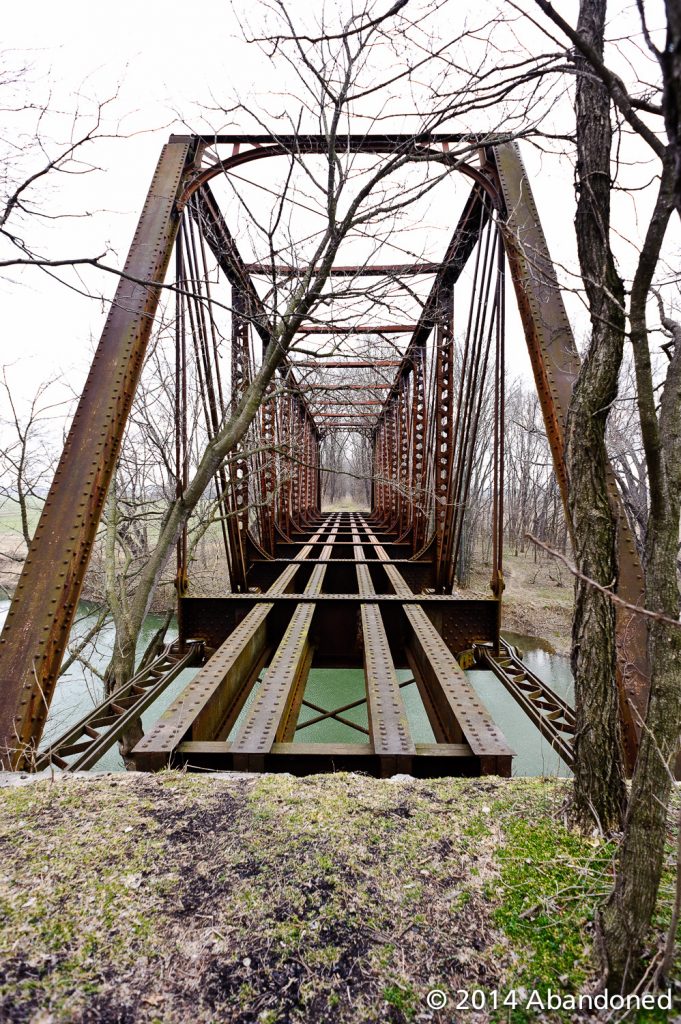 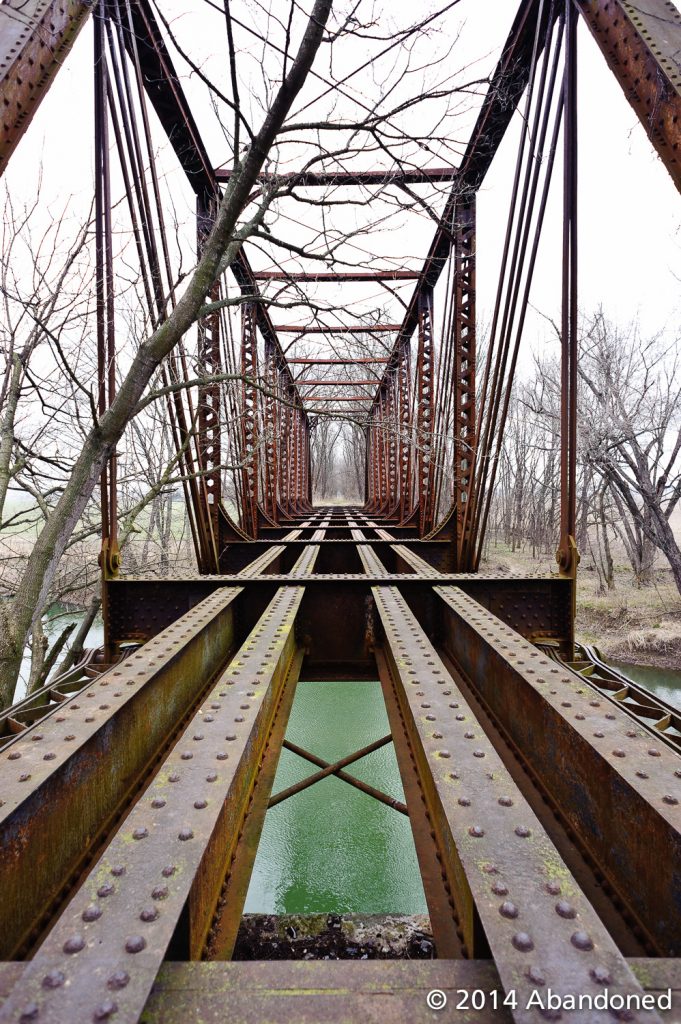 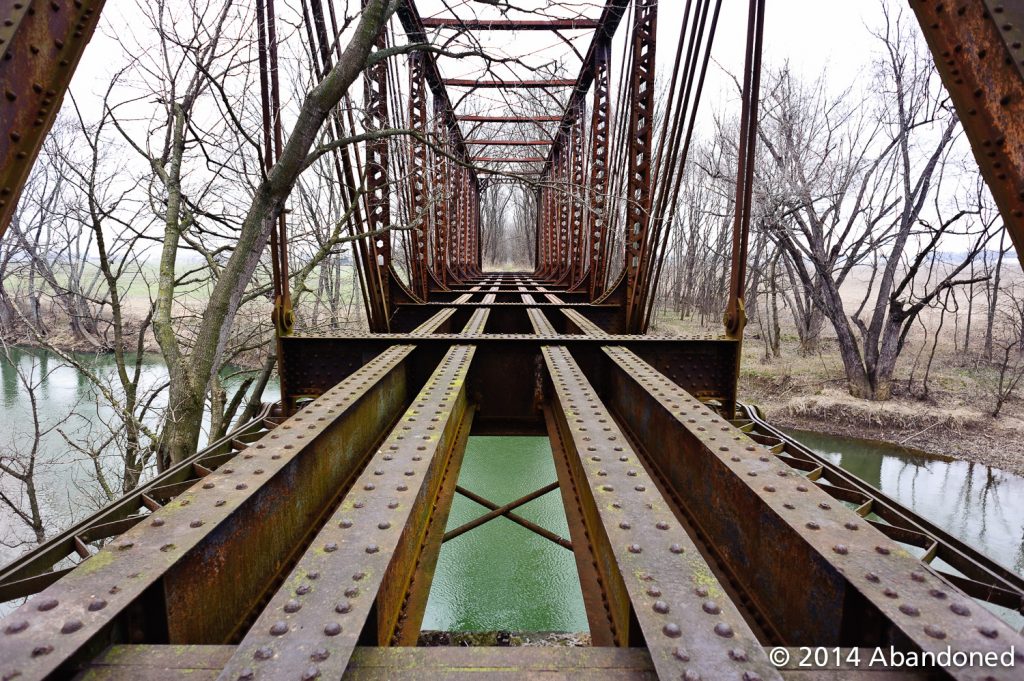 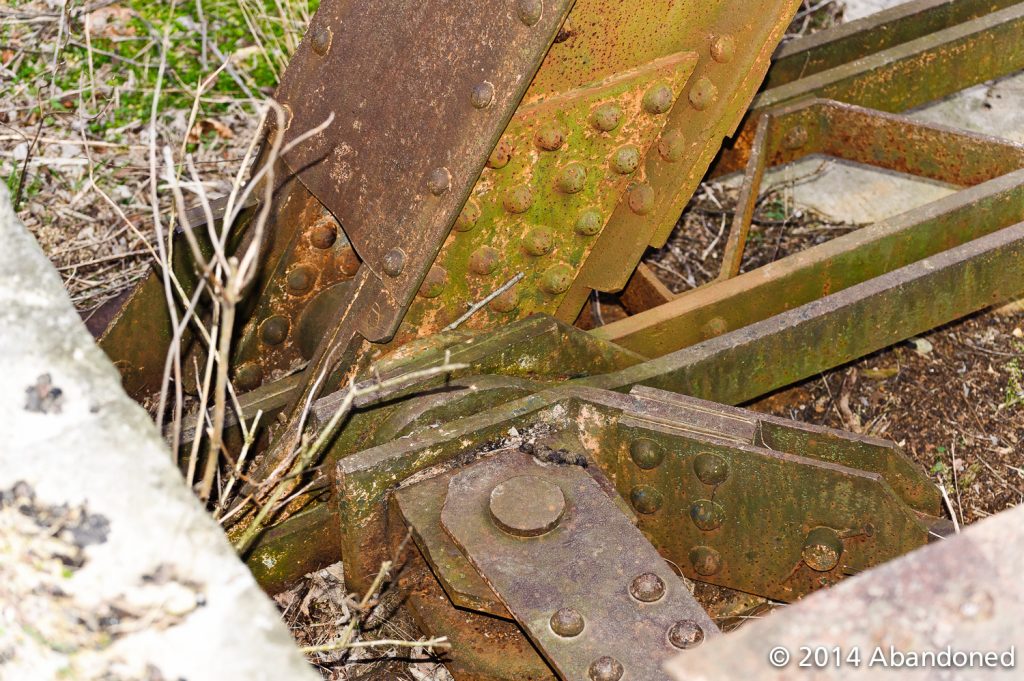 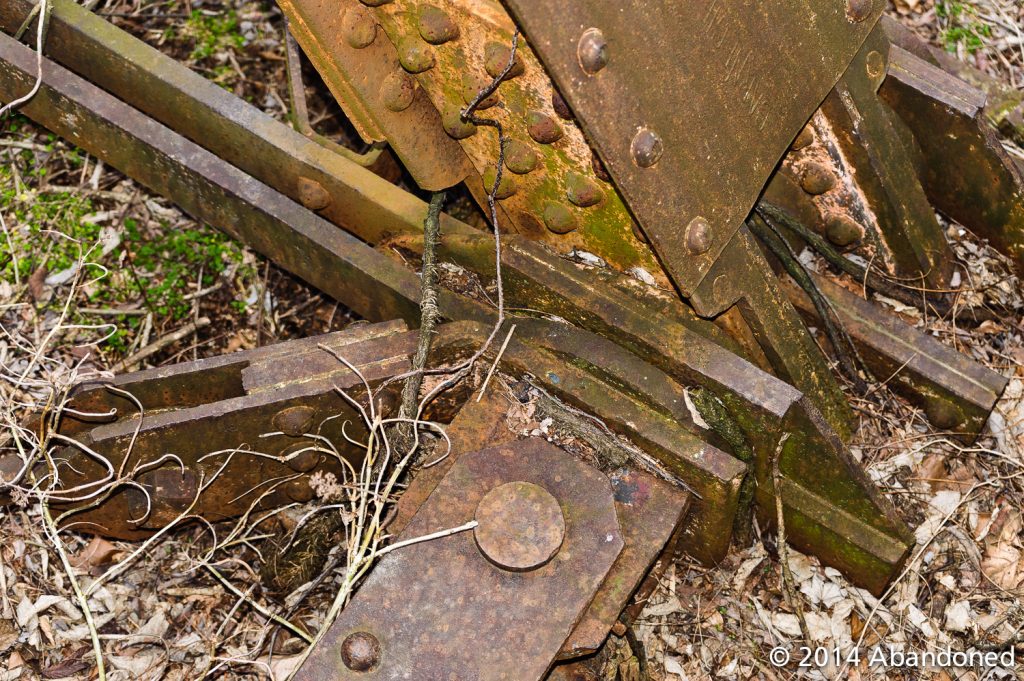 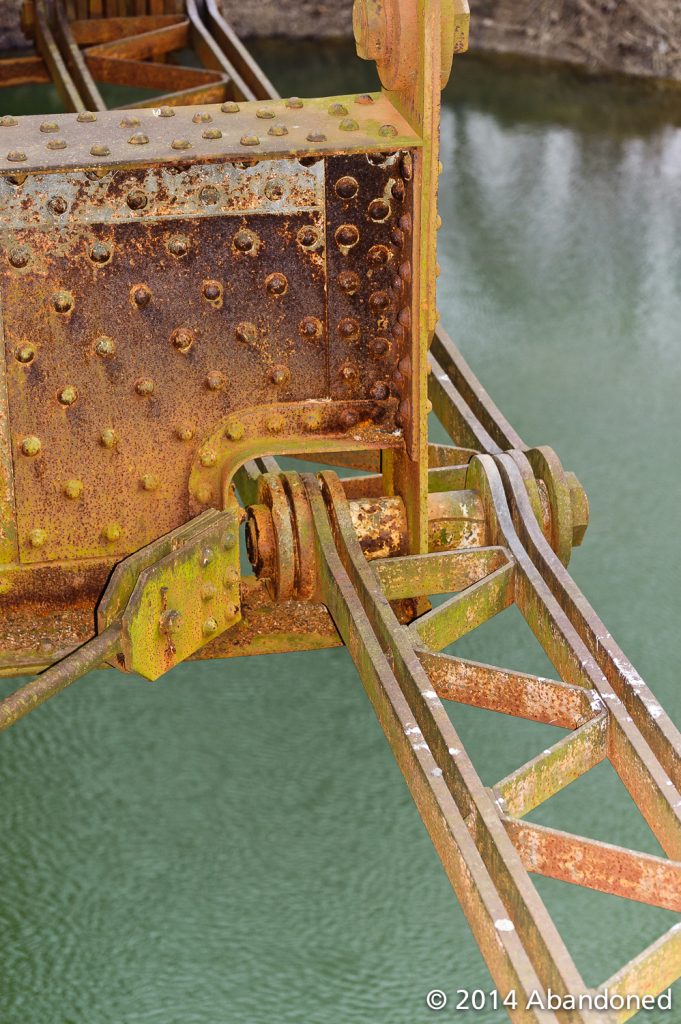 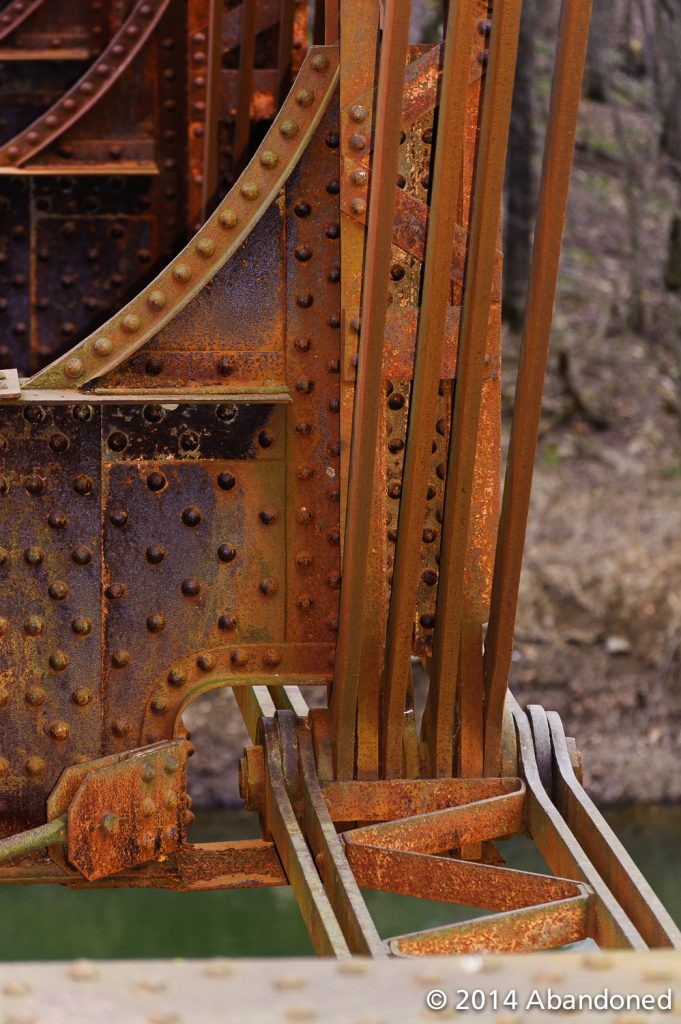 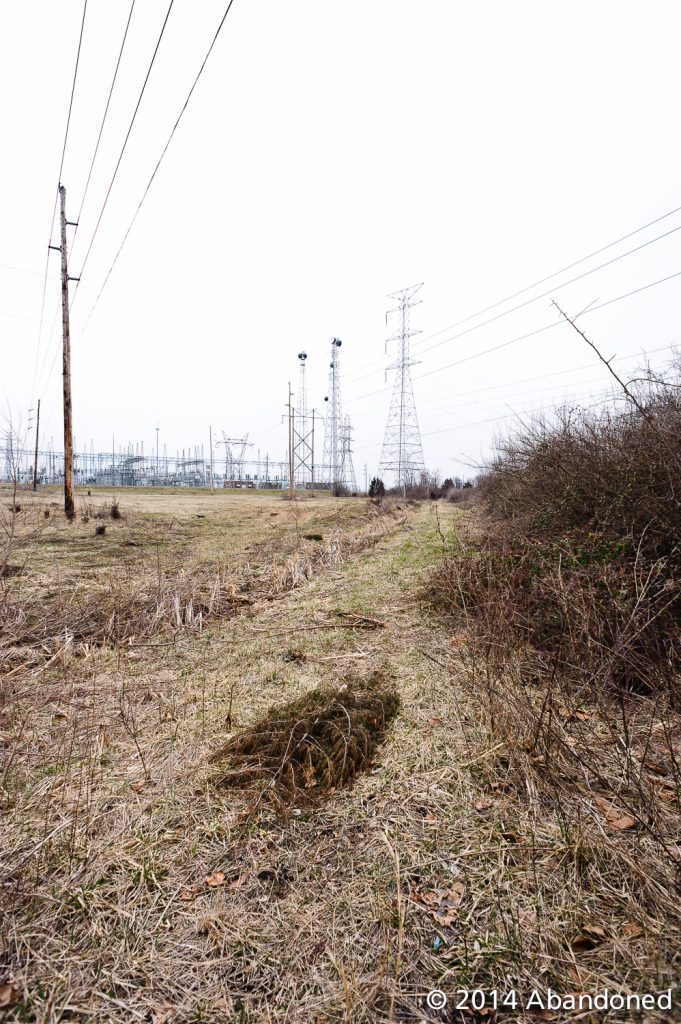 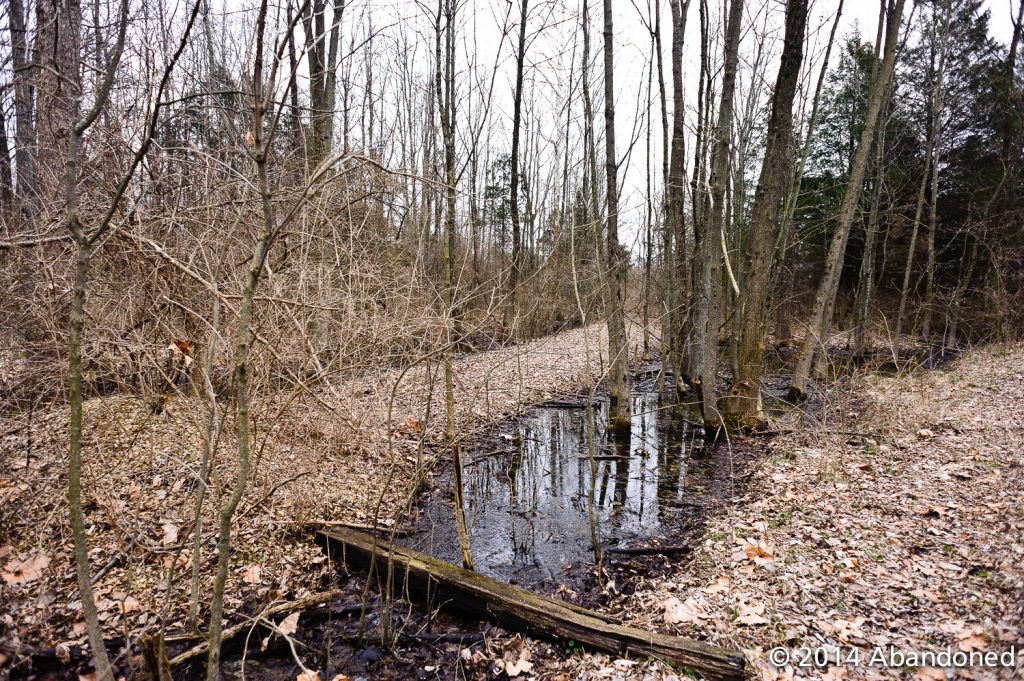 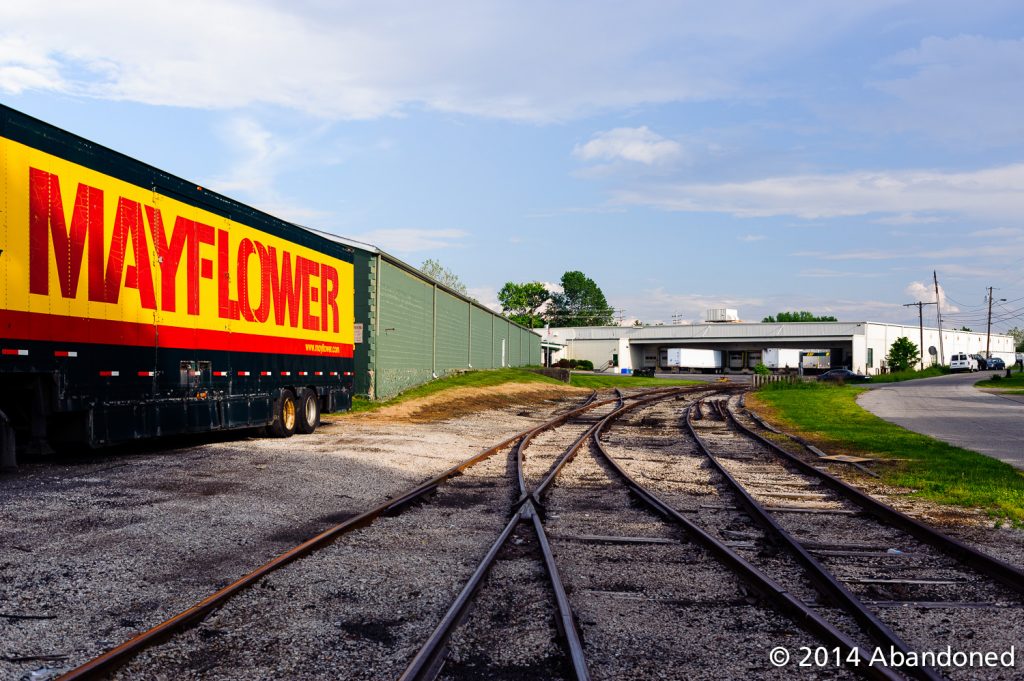 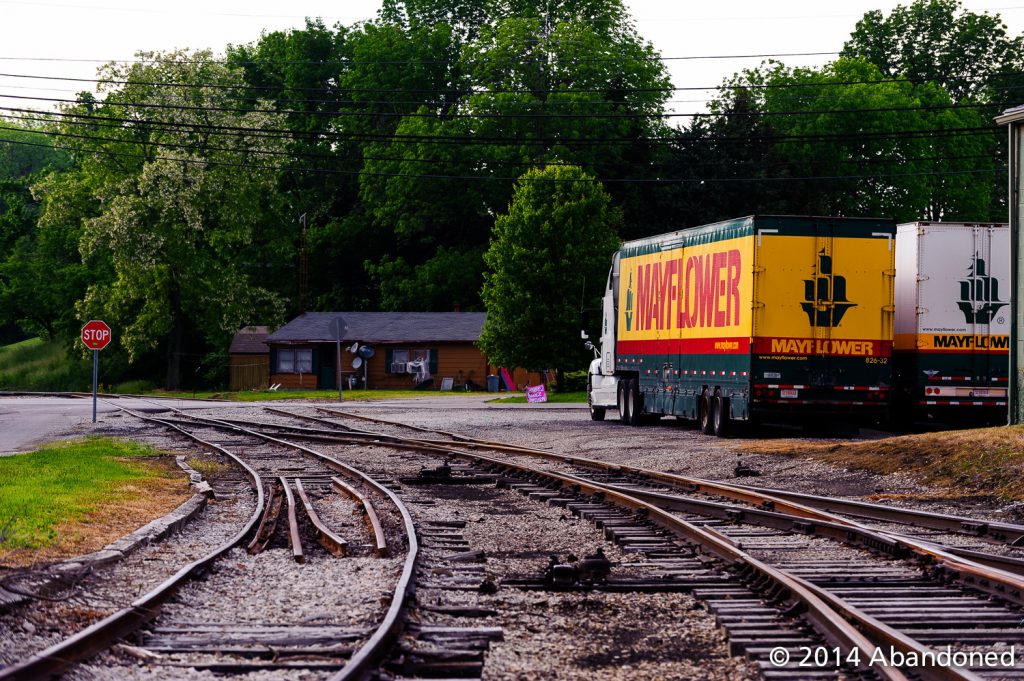 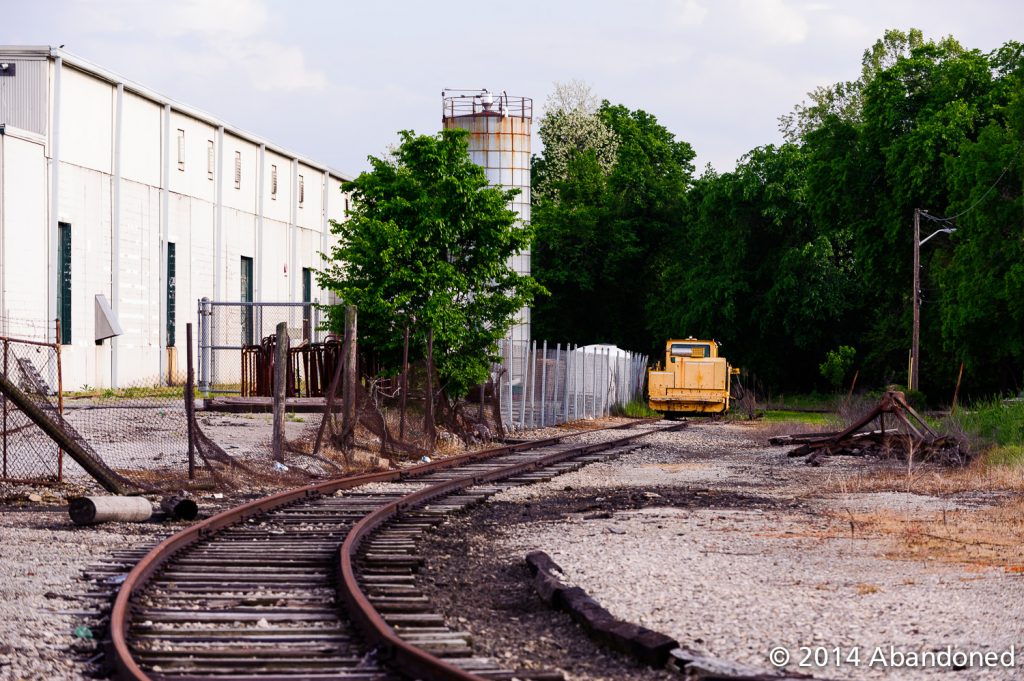 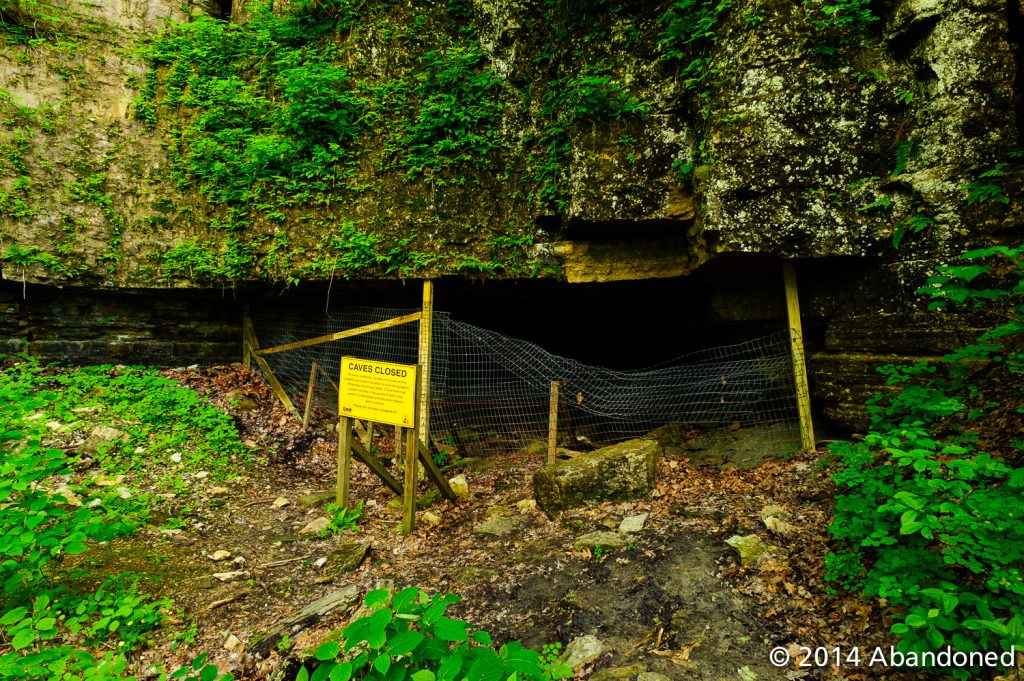 One of the more infamous UFO encounters in Kentucky is the Kelly-Hopkinsville Encounter, otherwise known as the Hopkinsville Goblins Case. Occurring in the fall of 1955 near Hopkinsville and Kelly, Ke…
END_OF_DOCUMENT_TOKEN_TO_BE_REPLACED
Category ExplorationsPosted on April 20, 2012July 21, 2014

Some time back, I revisited Jeannette Glass in Pennsylvania as I came across an outdated article regarding its pending demolition. Fearing that Jeannette could be gone sooner rather than later, I pack…
END_OF_DOCUMENT_TOKEN_TO_BE_REPLACED
Category In FocusPosted on July 31, 2011April 22, 2015

It's not too often I make my way back down to central and eastern Kentucky anymore, but when I do, I like to at least do a check up of some of my old haunts. The Mt. Sterling High School in Mt. Sterli…
END_OF_DOCUMENT_TOKEN_TO_BE_REPLACED