Eric Frein, charged with killing two officers outside a state police barrack in Blooming Grove, Pennsylvania, may be hiding out in an abandoned resort.

Canadensis, Pa.—Eric Frein, charged with killing Cpl. Bryon Dickson and wounding Trooper Alex Douglass outside a state police barrack in Blooming Grove, Pennsylvania, may be hiding out in an abandoned resort in the Pocono Mountains in the northeast part of the state. 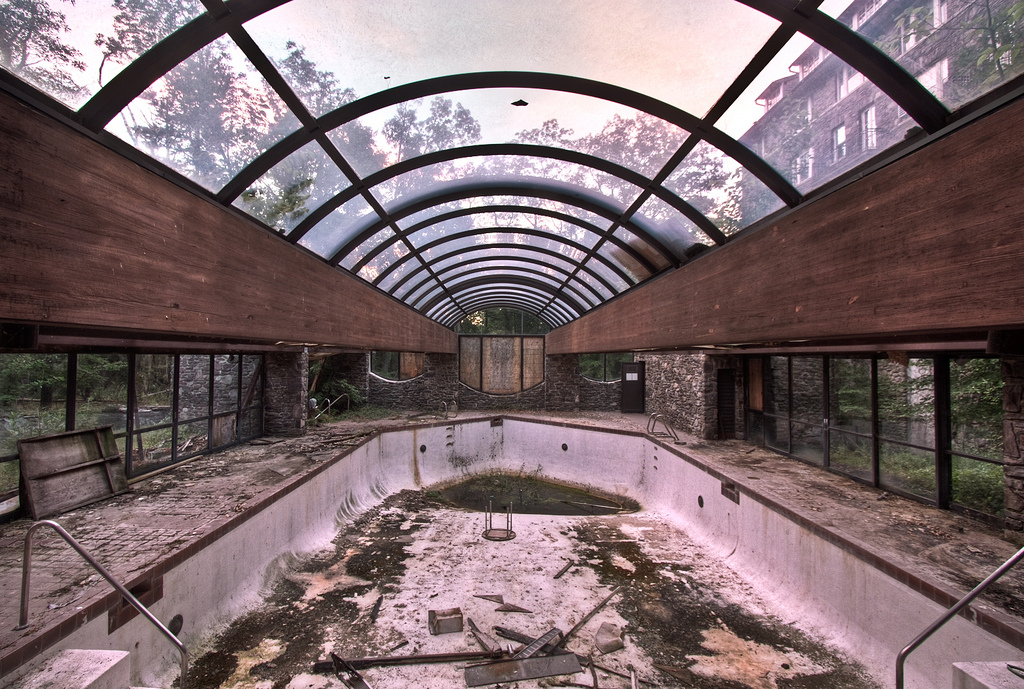 Multiple teams of armed searchers have been spotted at the former Buck Hill Inn resort near Canadensis. Frein, 31, had visited the hotel on multiple occasions when it was in operation. Investigators also discovered soiled diapers, the type that is worn by snipers, and packs of empty cigarettes nearby.

The resort boasted more than 400 rooms, an indoor swimming pool with a retractable roof, fine dining facilities, and other recreational amenities at its peak in the late 1970s and early 1980s. After a prolonged decline, Buck Hill Inn closed in 1991.