The American Viscose Company, whose main plant was located in Marcus Hook, Pennsylvania, was the first to manufacture artificial silk, rayon, in the United States. The Marcus Hook plant made rayon between 1910 and 1954, and cellophane film between 1958 and 1977.

Prior to the mid-19th century, most textiles were derived from wool, linen, and cotton, and only the wealthy could accord the elegance and comfort of silk, an exotic fiber obtained from the cocoons of silkworms. 7 Chemists began to attempt to synthesize complex natural materials such as silk beginning in the 1850s, but when that was unsuccessful, they shifted efforts towards making fibers that resembled silk.

English chemist Charles Frederick Cross and his collaborators, Edward John Bevan and Clayton Beadle, patented their version of artificial silk in 1894. 21 The material was named “viscose” because its production involved the intermediacy of a highly viscous solution. The process involved the reaction of cellulose, such as wood, with a strong base, followed with the treatment of the solution with carbon disulfide to give a xanthate derivative, which is then converted back to cellulose fiber.

The viscose artificial silk process was commercialized in England by Samuel Courtald & Company in 1905. 7 9 21 In 1909, Courtaulds formed a new subsidiary, the American Viscose Company, and constructed an artificial silk plant designed by Ballinger and Perrot in Marcus Hook, Pennsylvania. 7 But before the plant was completed, a group of English and Americans gathered on December 18, 1910, to watch the first yarn form as the viscose solution was pumped through a spinning jet. 9 10 At 7 AM the next day, the first five machines were started. Soon, the sticky, wet artificial silk was all over the floor, stuck to the walls and ceiling. The Marcus Hook facility, headed by Samuel A. Salvage, a New York yarn merchant, opened in 1911. 7 It initially employed 600 people.

Across from the facility was a company-owned town, also designed Emile G. Perrot, that resembled an English garden city, drawing upon influences from Hampstead Garden near London, the Bournville Estate in Birmingham, and the Port Sunlight Village. 7 The 261 model homes were designed in the English Domestic Revival architectural style and were complemented by two boarding houses and a store.

Total United States production of the artificial silk in 1911 was 362,000 pounds, all of which was made at Marcus Hook; 9 this had increased to 10 million pounds by 1920, spread between two plants. 7 At a conference in 1924, the company adopted the name “rayon” as a way to differentiate its artificial silk product from its competitors. 9

In 1927, high-strength rayon was developed from the invention of double-godet stretch-spinning, which produced a stronger filament by applying stretch during the setting-up process. 12 By the close of the decade, 128 million pounds of rayon were being manufactured yearly. 7

The Great Depression, however, took its toll on operations, and the company considered shutting down the Marcus Hook plant as it was the oldest and smallest of its facilities. 7 At the time, American Viscose had plants in Roanoke, Virginia (October 1917), Lewistown, Pennsylvania (1921), 12 Nitro, West Virginia (1921), Parkersburg, West Virginia (September 1927), Meadville, Pennsylvania (1930), and Front Roya, Virginia (1940). 2 But the formation of a textile and industrial research department at Marcus Hook in 1939, 9 12 including sections for spinning, worsting, warping, weaving, knitting, dyeing, and finishing the rayon, 20 and the advent of World War II led to a significant increase in the demand for rayon, particularly for tire cord. Tire cord was of utmost importance, as for every 1,000 pounds of high-strength rayon tire cord produced, 670 pounds of rubber was saved, which was in very short supply. 7 A combination of the research department and the demand increase resulted in the Marcus Hook plant being expanded.

Short on cash to purchase war supplies, the British government took over the stock of American Viscose during the war and sold it to 152 American-led investment firms, led by Morgan, Stanley & Company and the Dillion, Reed & Company, and was later acquired by the Monsanto Corporation in 1949. 7

The demand for tire cord and rayon declined severely after the war as demand from newer synthetic fibers, acrylic, nylon, and polyester increased. 7 In 1946, American Viscose acquired the Sylvania Industrial Corporation, which produced cellophane, cellulose casings for meats, self-sealing viscose bands for bottle tops, textiles, and plastic molding compounds at a plant in Fredericksburg, Virginia. 3

In 1949, American Viscose temporarily stopped production of rayon at its Marcus Hook plant, citing flagging demand and inefficient equipment. 12 It permanently stopped rayon production at the factory in 1954, throwing more than 1,000 out of work, although the rayon research and development units remained. 7 10 But with cellophane film for packaging in strong demand, 11 American Viscose invested $40 million in new equipment at Marcus Hook and reopened it to cellophane film production in 1958. 10

In January 1963, the FMC Corporation, a chemical manufacturing company based in Philadelphia, purchased American Viscose for $113 million, creating the American Viscose Division. 2 10 The Marcus Hook plant reached peak cellophane film production in 1973 with 610 employed. 14 But the American Viscose Division was barely making money and the development of new packaging products and an economic recession 14 caused the division to lose $17.4 million on sales of $137 million in 1974. 13 In response, FMC closed its Parkersburg plant. After losing $5 million in 1975, 13 it opted to sell its rayon and synthetic fiber division to its employees in 1976, which was renamed Avtex Fibers. 2

By 1983, Avtex was the largest manufacturer of rayon fiber in the United States; it also operated facilities that produced polyester and acetate yarn. 4 But declining sales and high internal costs forced Avtex to cease rayon production in 1988, although it was briefly restarted to manufacture the fiver for the aerospace industry.

Avtex’s Front Royal plant closed in 1989 after being cited for more than 2,000 environmental violations over five years, which included releasing polychlorinated biphenyls (PCBs) into the nearby Shenandoah River. 5 6 The company itself declared bankruptcy and ceased operations shortly after. 2

In 1980, the Marcus Hook Community Development Corporation began renovations to the first floor of the former FMC research and development building. 19 The west half of the first floor housed business tenants while the east side featured space for senior citizens and a recreation hall.

The Marcus Hook Business and Commerce Center obtained the shuttered Avtex plant in 1986 and sold or leased many of the parcels and buildings. 17 Under an agreement with the state Department of Environmental Protection, FMC agreed to clean up soil and groundwater contamination at its former Marcus Hook plant. 18

Preferred Real Estate Investments acquired the former American Viscose plant in November 2004, with plans to redevelop the complex into Silk Mills. 15 The mixed-use development would include 125,000 square feet of office space, 200,000 square feet of flex space, and residences. Preferred then divested of a significant portion of its portfolio to The Buccini/Pollin Group in February 2005. 16 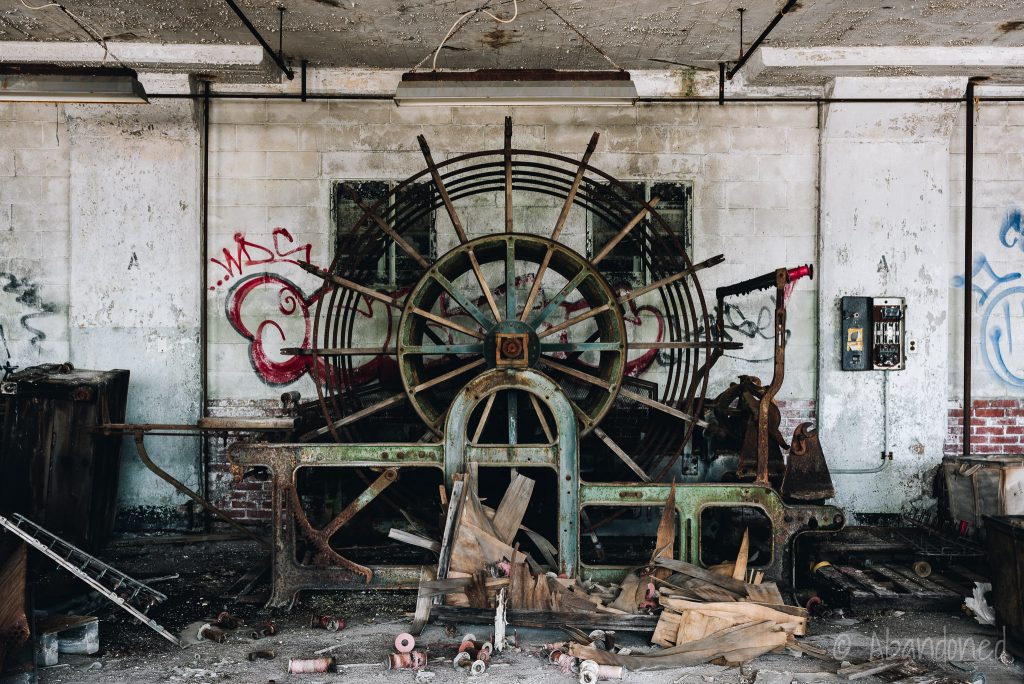 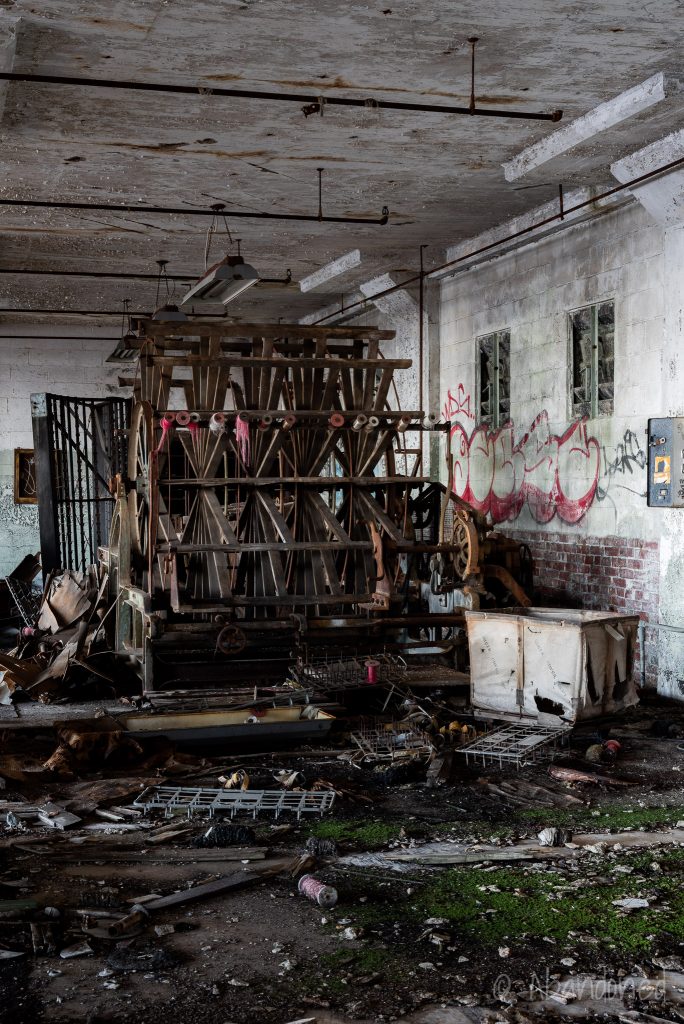 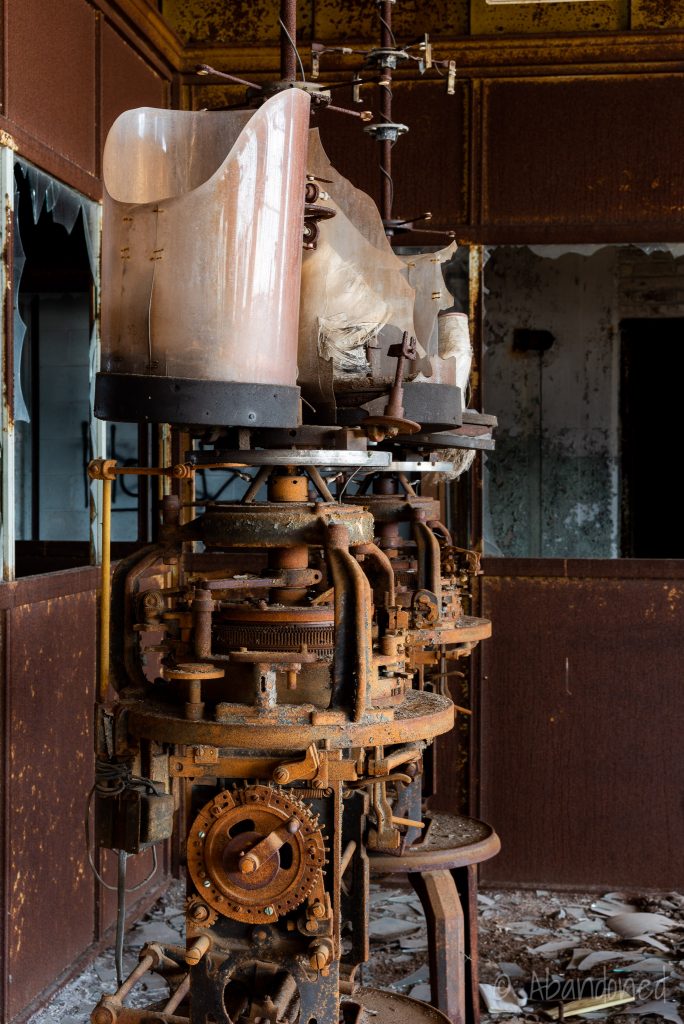 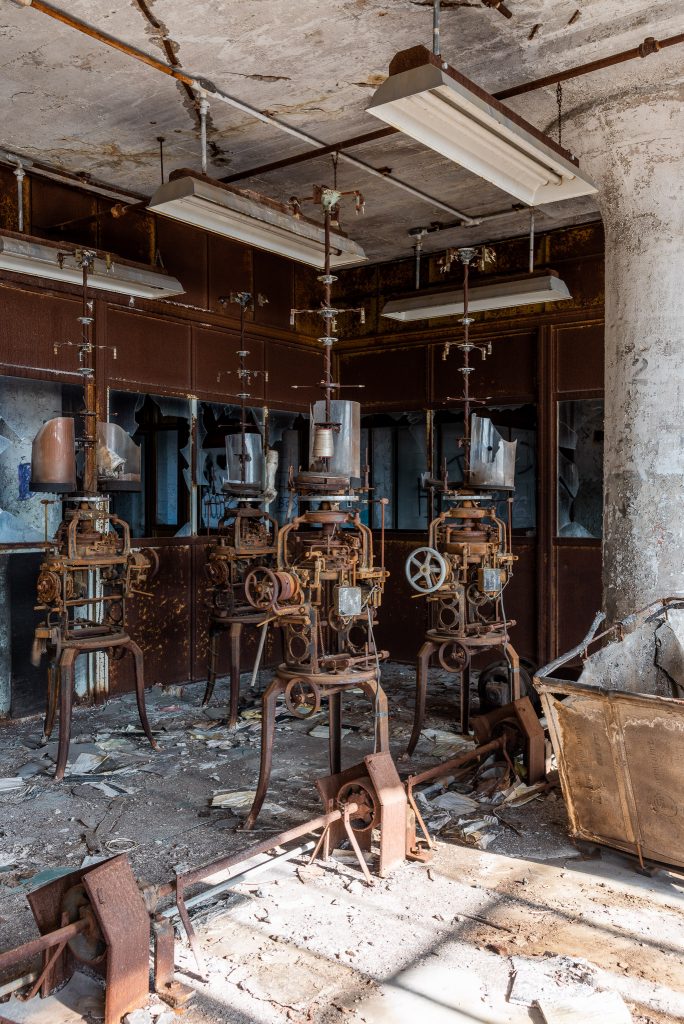 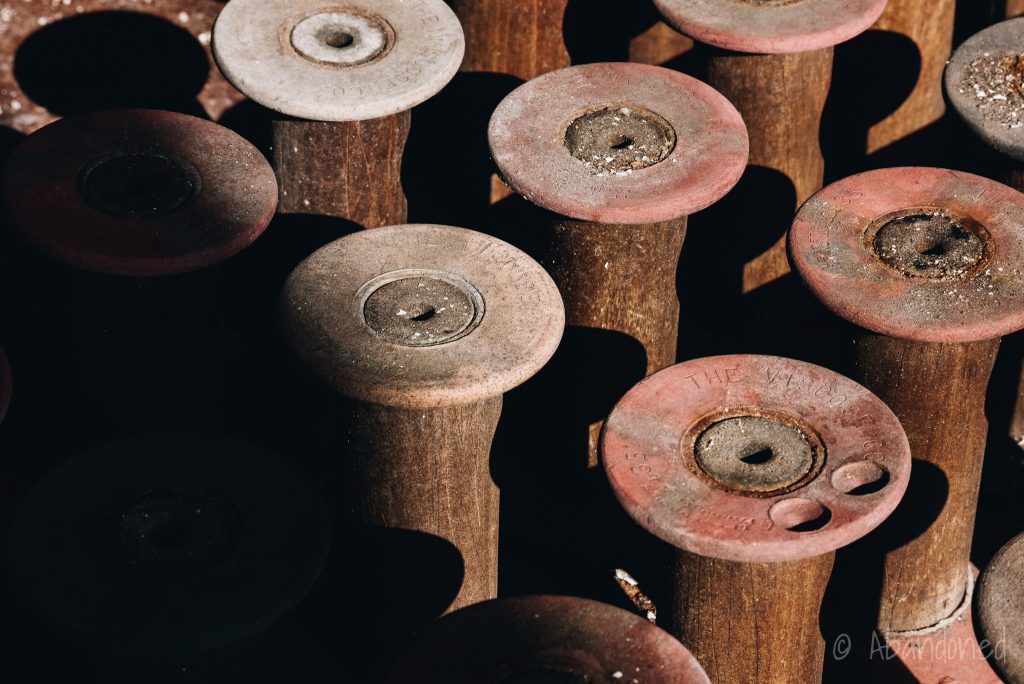 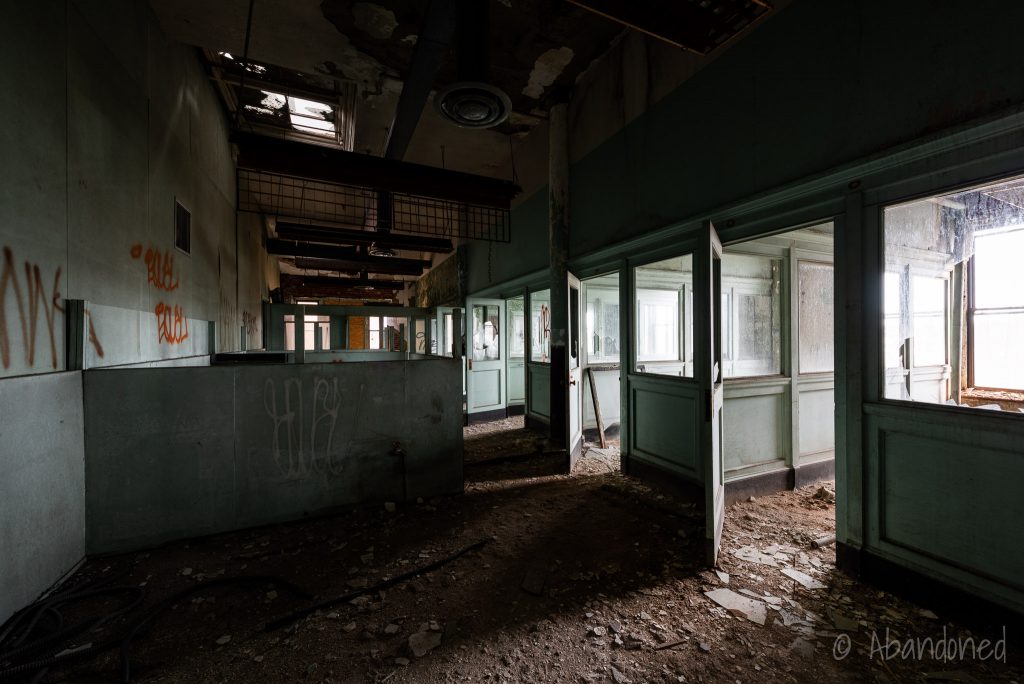 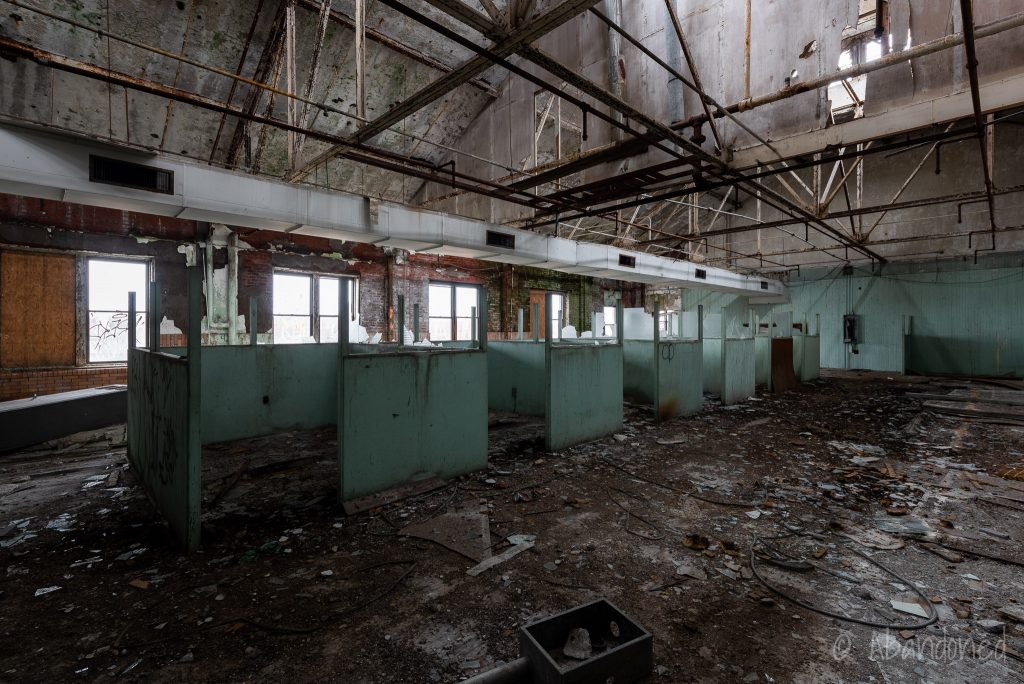 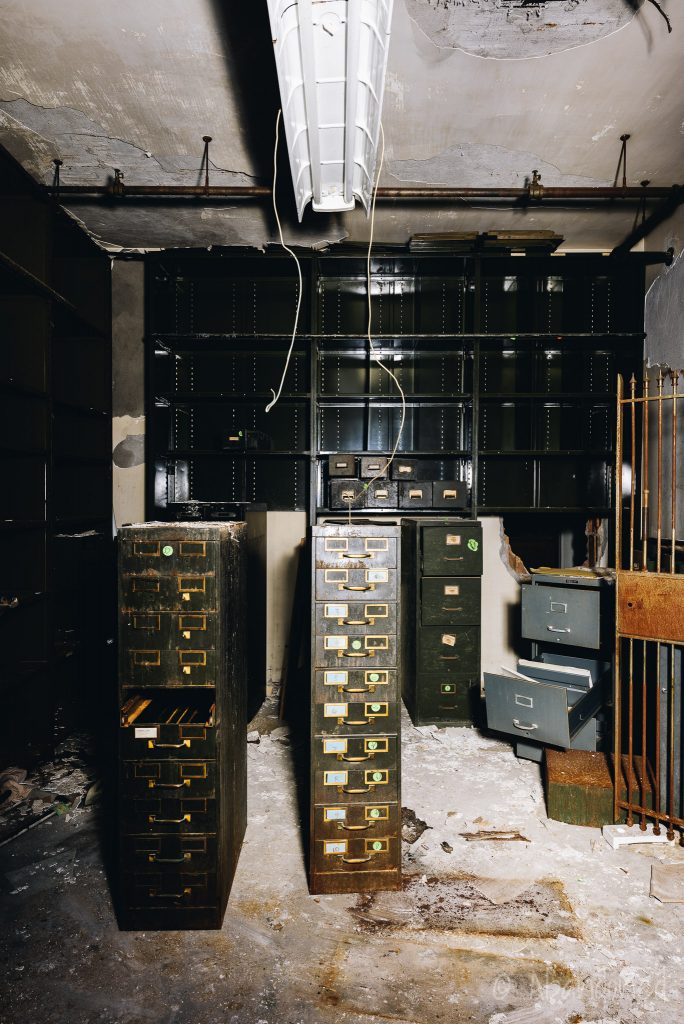 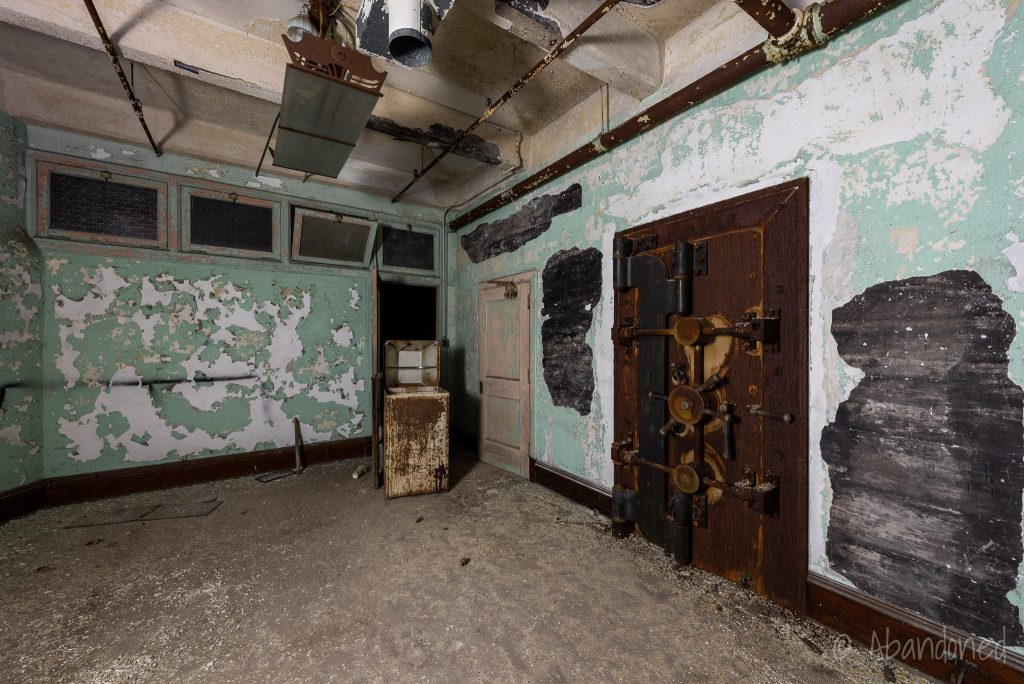 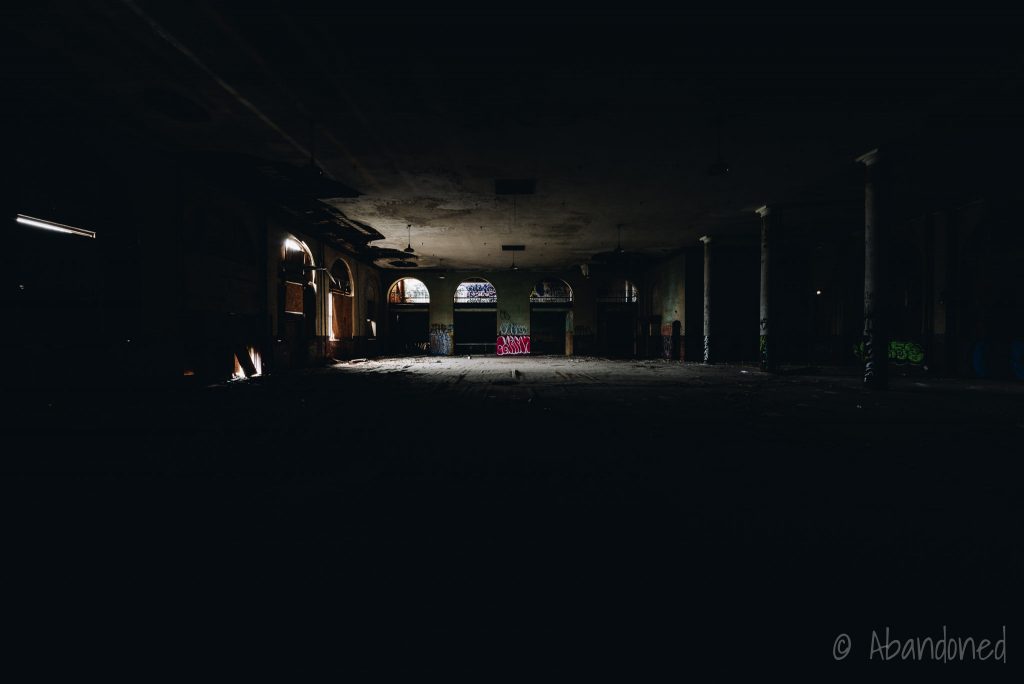 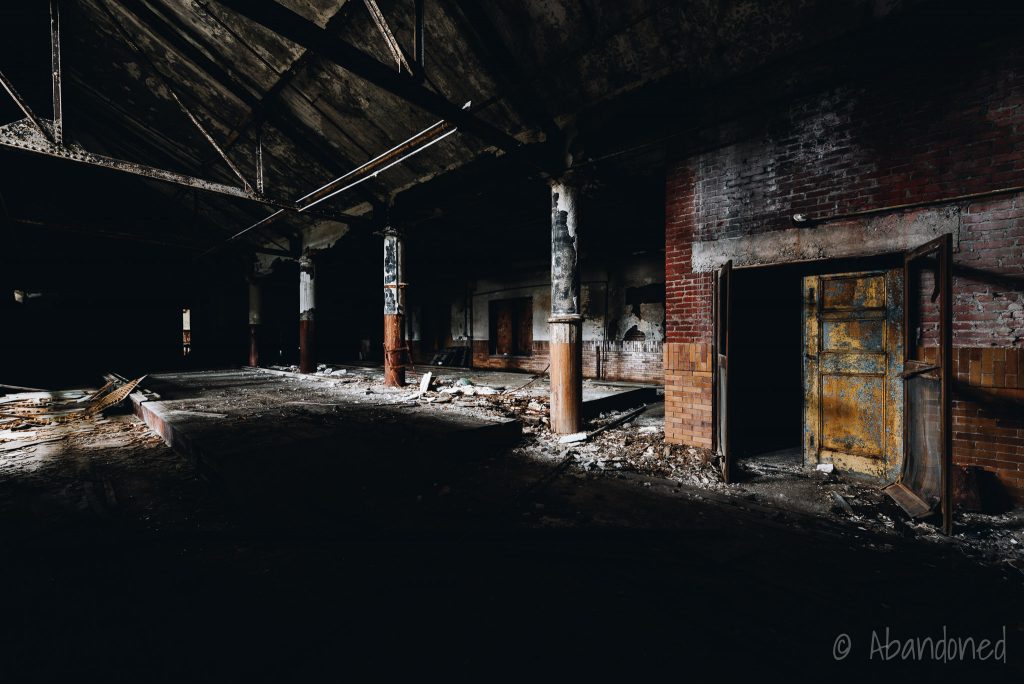 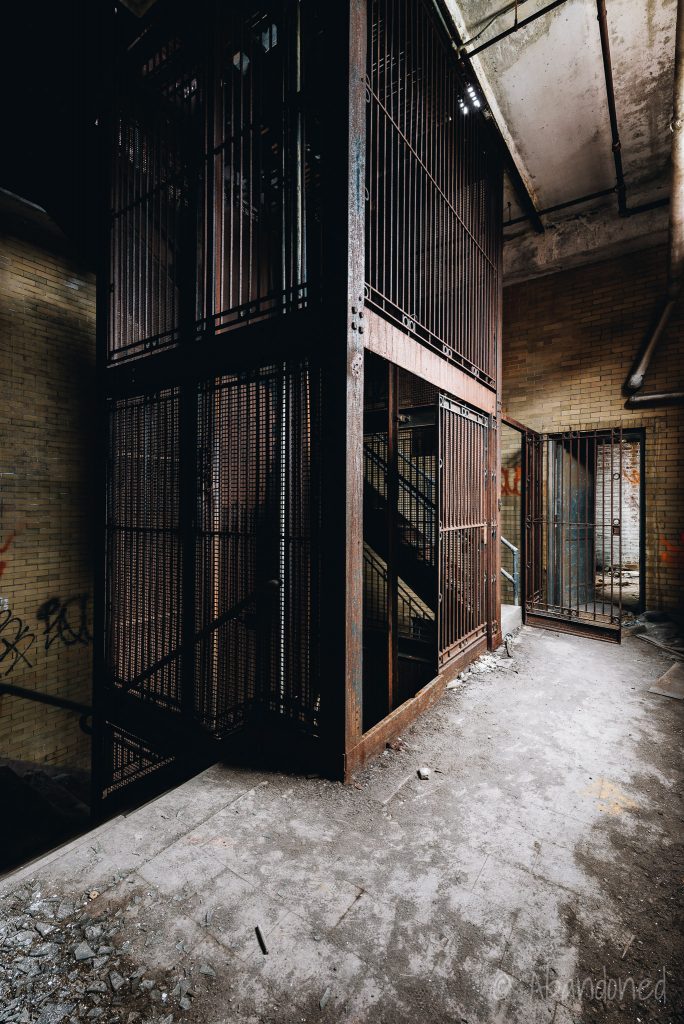