Our Mother of Sorrows Church, once one of the largest Catholic parishes in the Archdiocese of Philadelphia, Pennsylvania, closed in 2017.

In 1849, Bishop Francis Kenrick purchased a 43-acre farm in eastern Pennsylvania to serve as a cathedral cemetery for nearby Irish-Catholics. 2 3 4 St. Gregory’s was soon established on the grounds when a local priest, the Rev. James McGinnis, chaplain at the adjoining St. John’s Orphanage, began holding Masses for the cemetery workers in a small tool shed. Other priests continued the custom after McGinnis moved on, and in 1852, Our Mother of Sorrows Church parish was formed. 1 3

Rev. Francis A. Sharkey assumed responsibilities of the parish in 1865 and oversaw the development of Our Mother of Sorrows Church. 4 The building was designed in 1867 by ecclesiastical architect Edwin F. Durang in the Romanesque Revival style and constructed by James Doyle. A cornerstone was laid in November, and by November 1869, the roof was completed. 6 The first service was held in the basement on June 12, 1870. Two small spires were soon built, and in 1872, the Rosary Society installed the Stations of the Cross and a rented organ in the sanctuary. The church building was finished at the cost of $80,000 5 and was dedicated on September 28, 1873. 6

A new organ was installed in October 1875. 4 6 A rectory was built in 1876, and in September 1878, the basement was remodeled for the parish’s first school. A permanent school building was designed by architect John Jerome Deery and built in 1885-86. 4 7 A more substantial rectory, designed by architect Frank R. Watson, and the Parish House, designed by Watson and Huckel, was constructed to the north and south of the church, respectively. 4 8 Durang was hired in 1892 to create two larger spires, the northern one with a bell tower, on top of the facade’s existing buttressed towers. 4 9

By the 1890s, the Archdiocese categorized Our Mother of Sorrows Church as a territorial Catholic Parish, meaning that the church and schools were geographically tied to parishioners. 4

New stained glass windows in the sanctuary, designed by Martin Callanan, were installed in 1900. 4

As the church prepared for the parish’s Golden Jubilee in 1902, it completed $35,000 in renovations. 4 Work included new quartered oak pews, a new Italian marble altar rail, three new altars, new statuary, new frescoes, and new millinery were added. Services were suspended for several months in April 1901 and reopened in time for anniversary celebrations on January 19, 1902.

A small grotto chapel, with a mosaic floor with fish iconography, ornate marble walls, and a Guastavino, barrel-vaulted ceiling, was designed by Henry Dagit and added in the basement in 1911. 4

By 1936, the school had 1,185 students, and to ease overcrowding conditions, and the parish constructed a new structure. By the time it was completed, it was decided that the archdiocese needed a new high school to relieve congestion at the West Catholic High School for Boys more so than the church needed a larger school. The new building was sold to the archdiocese where it became St. Thomas More High School, which remained open until its closure in 1975.

By the 1950s, many of the original Irish, German, and related ethnic groups that dominated Our Mother of Sorrows Church’s congregation began relocating to more wealthy suburbs, replaced with African-Americans who were steadily moving to north from the south. 4

In 1965, the Roman Catholic Church released the Vatican II doctrines that encouraged churches to have more modest interiors and to facilitate connectivity between celebrant and congregant. 4 In response, the Our Mother of Sorrows Church renovated the interior circa 1975 by stripping interior ornament, adding new oak pews angled to the center aisle, and installing a new round altar in the center of the sanctuary. Every other column in the sanctuary was clad in octagonal wood. African iconography and a light blue and gold paint scheme were introduced into the sanctuary in the late 1970s.

Our Mother of Sorrows Church began to decline by the 1970s, brought about by changing demographics and fewer worshippers. The parish was merged with nearby Saint Ignatius of Loyola Parish in 2013. 1 2 The convent was reused as housing for single mothers battling addiction. 4 Our Mother of Sorrows Church continued to be used as a worship site for regular Masses and special events, such as funerals and weddings. By May 2016, only one Mass was being held a month due to low attendance. No funerals or weddings were being held at the church, either. In February 2017, the church building was mothballed. 1 3

Owing to high maintenance costs totaling $100,000 per year and a lack of demand, the archdiocese closed the Our Mother of Sorrows Church on Oct 9. 1 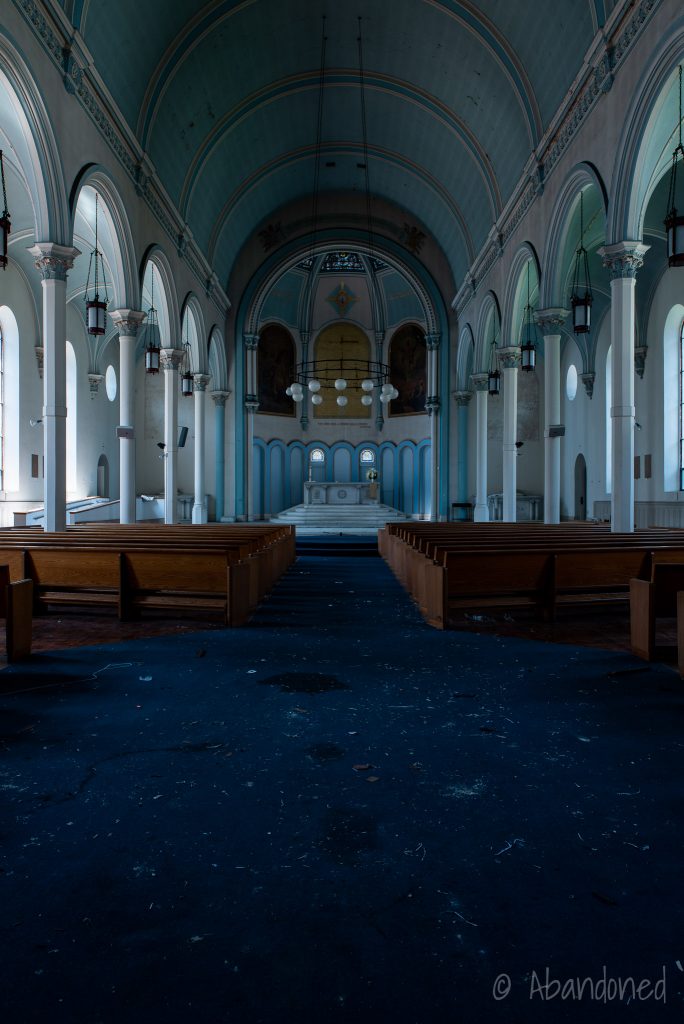 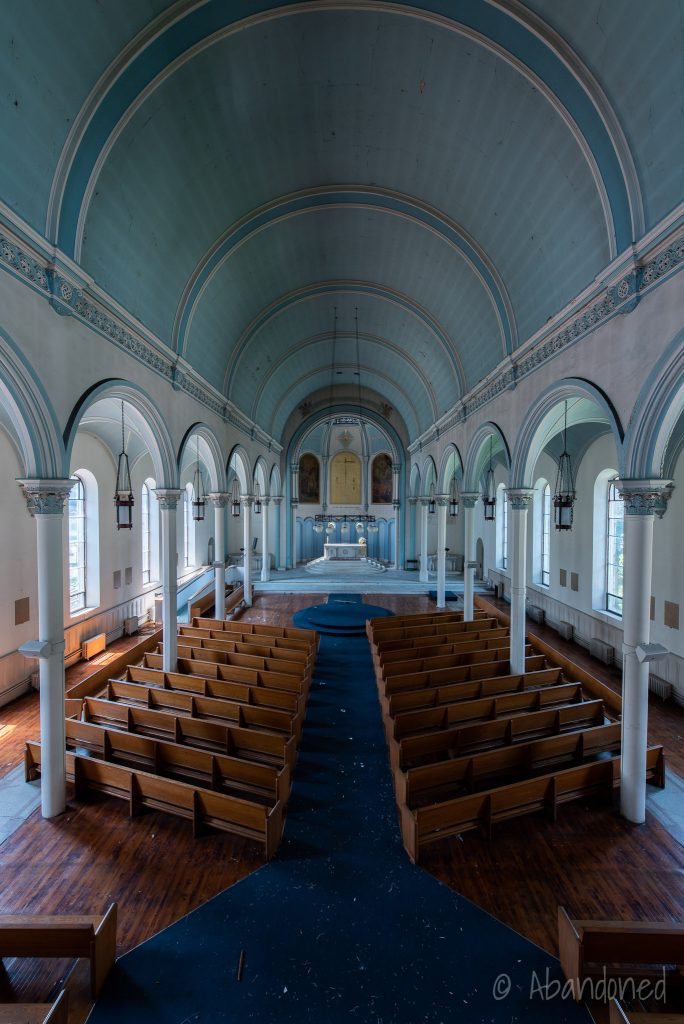 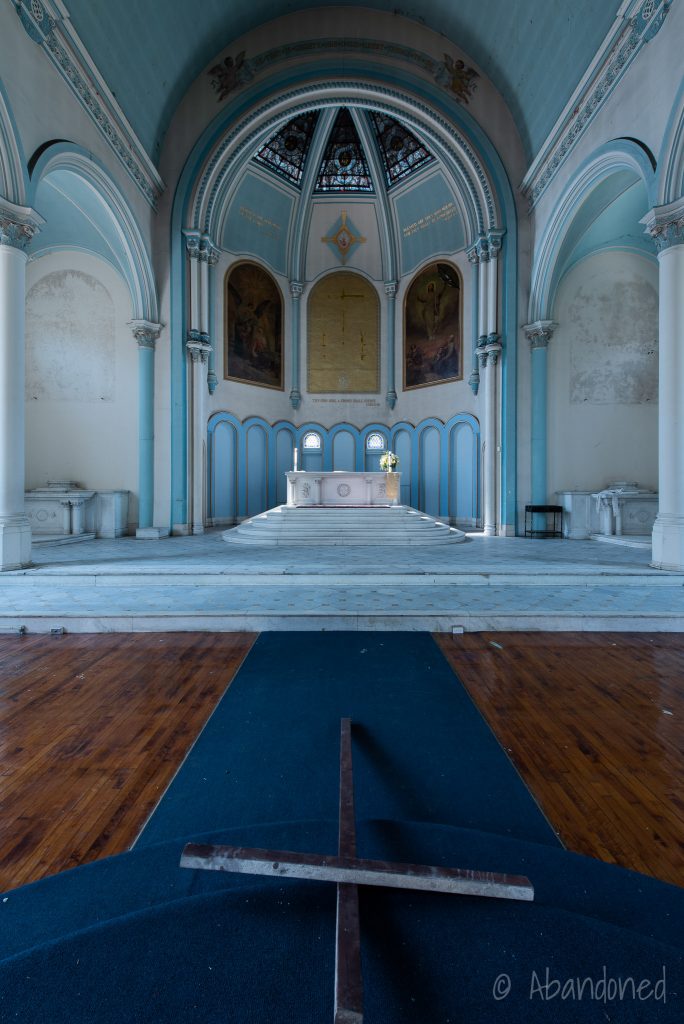 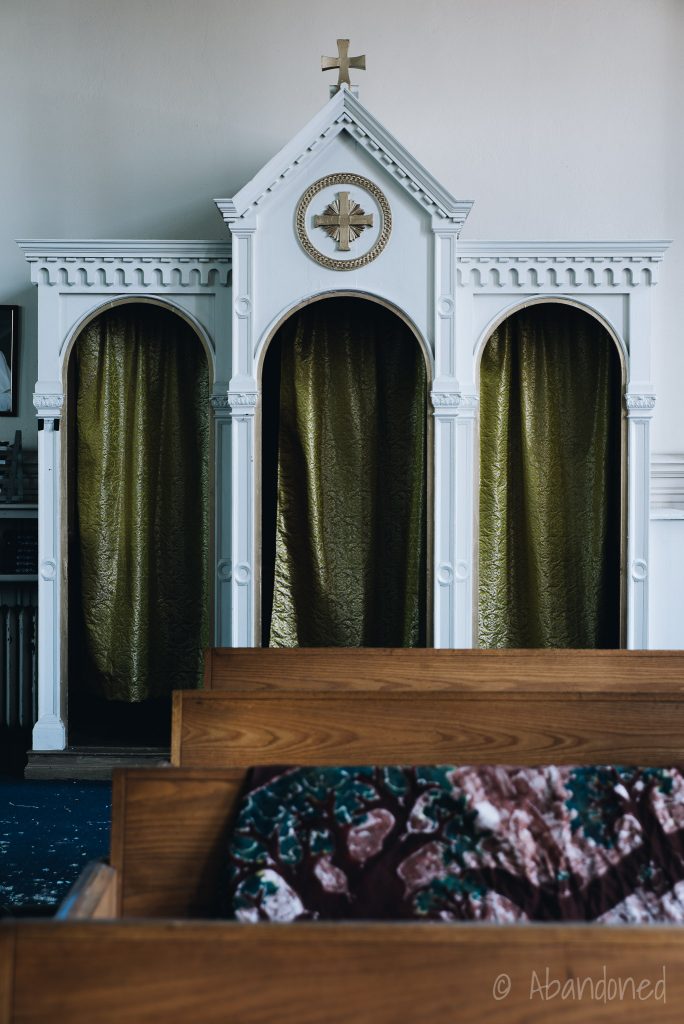 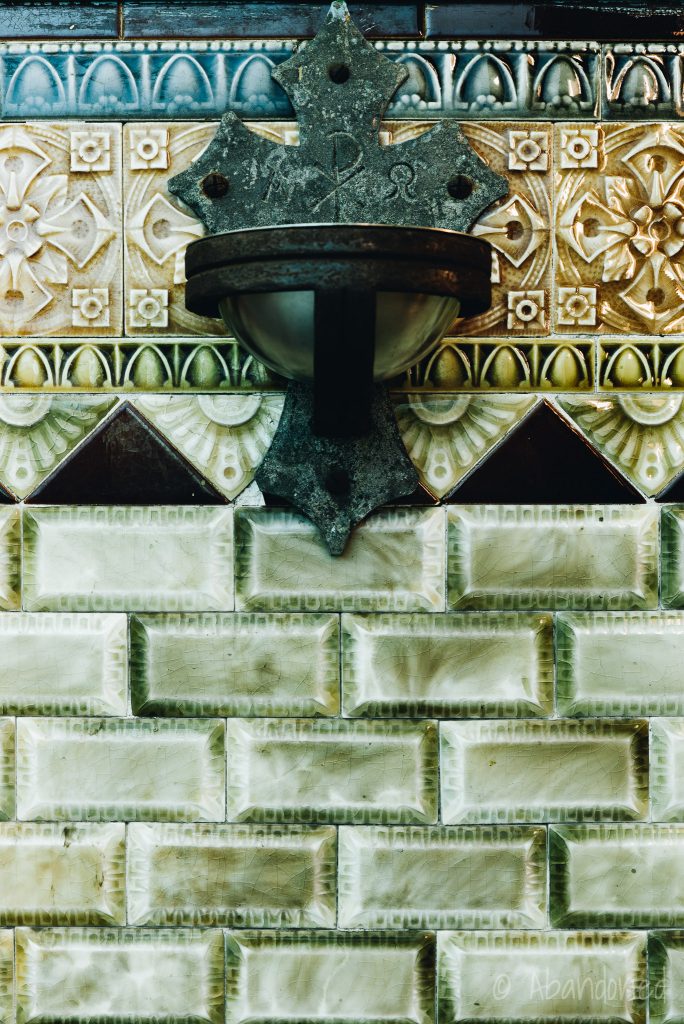 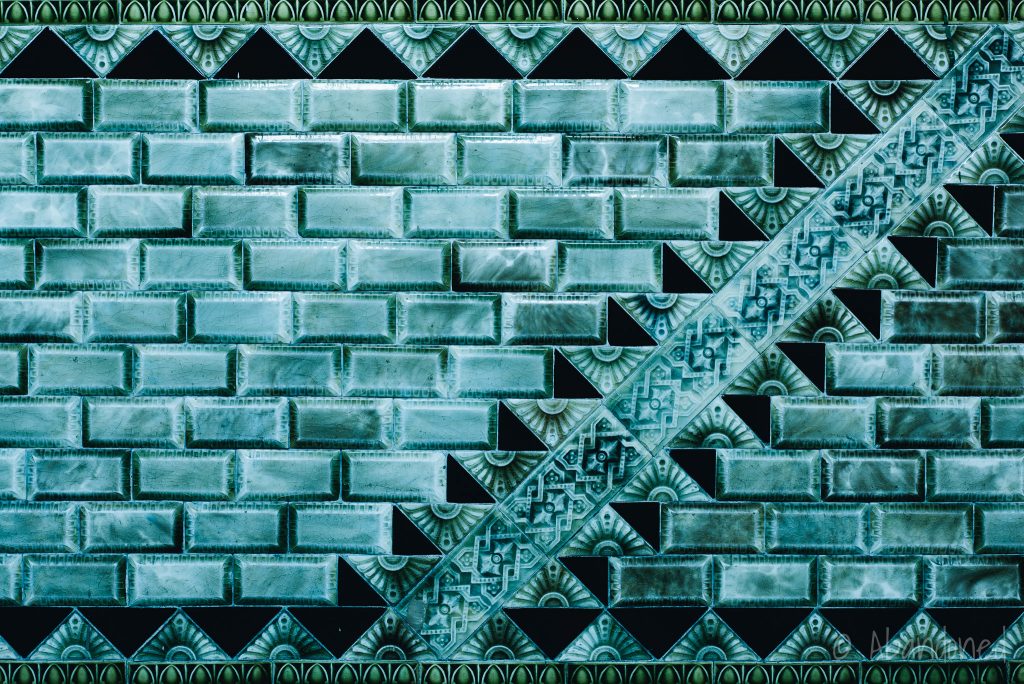 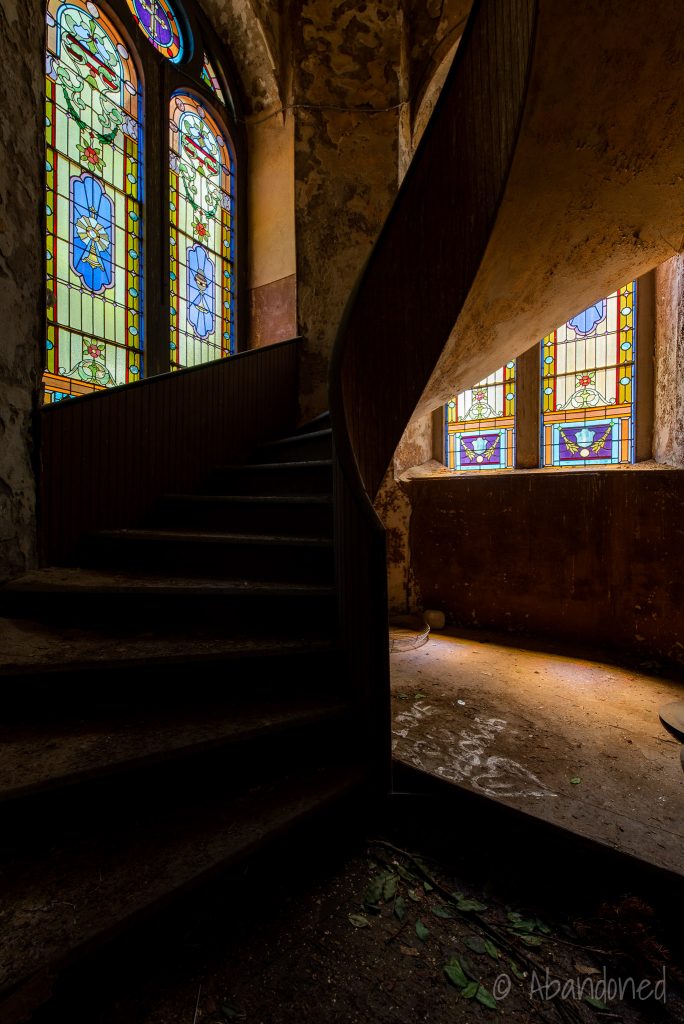 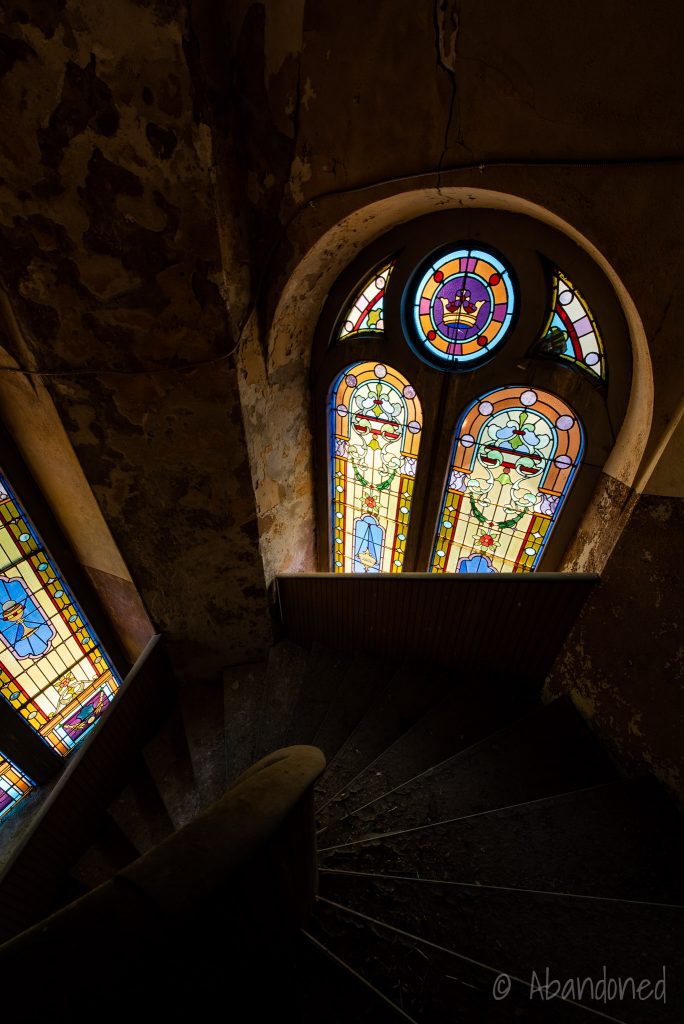