The Book Cadillac Hotel, named after a French fur trader, is a restored hotel in downtown Detroit, Michigan. Completed in December 1924, the Book Cadillac declined in the 1960s after violent race riots swept the city. It was abandoned in 1984 but restored in 2007-08 to become the Westin Book-Cadillac Detroit.

The Book Cadillac Hotel was completed in December 1924 1 4 after 17 months of construction at the cost of $14 million. 2 It was named for Antoine de la Mothe Cadillac, a French fur trader who founded Detroit in 1701. 4

The building, patterned after New York City’s Statler Hotel, was designed in the Italian Renaissance style by architect Louis Kamper and constructed by the Book brothers, J.B. Jr., Herbert and Frank. 3 Upon completion, the Book-Cadillac was the tallest hotel in the world at 33 floors and was the tallest building in the city. Inside were 1,136 rooms, the Italian Garden Room with a two-story glass ceiling and electronic lighting controls that modified the ceiling to resemble a sunny day, a star-lit evening, or a thunderstorm. 2 A large refrigeration plant provided chilled air for all of the public rooms.

The building was the premier hotel in Detroit for many years and hosted numerous social events and conventions, and roomed presidents, dignitaries, and entertainers. The hotel played a role in the 1948 film State of the Union, where Presidential hopeful Grant Matthews readied his speech to Detroit’s business leaders from Room 2419. 1

The hotel declined during the Great Depression of the 20th century, but new ownership helped restore the vitality of the hotel after World War II had concluded. In 1951, the hotel was sold to the Sheraton Hotel Corporation, who renamed it the Sheraton-Cadillac. 4

Sheraton sold the hotel to Radisson, which rebranded the hotel as the Radisson-Cadillac, and operated it until 1984. The hotel was liquidated in 1986. 1

In 2001, the city regained control over the abandoned hotel but determined that it was too expensive to renovate and listed the property for demolition. 4 After Kwame Kilpatrick became Detroit’s mayor in 2002, he reversed the demolition decision and ordered the city to find developers for as many abandoned buildings as possible.

Historic Hospitality, a subsidiary of the Kimberly-Clark Corporation, expressed interest in purchasing the abandoned Book-Cadillac and restoring it into an upscale hotel in 2003, although the company was unable to arrange financing. 4 5 The Ferchill Group of Cleveland, Ohio stepped up, offering $4 million in equity for the development, plus $8 million for start-up costs.

Meijer, who had pledged $7.4 million in financial support towards the project, threatened to pull out of the Book-Cadillac deal after state politicians eliminated a critical tax credit the company had expected to use. Days before the lawmakers’ summer recess, Ferchill successfully lobbied legislators, and then the governor’s office, for special concessions. As a result, Meijer and other corporations were able to keep their tax credit. 4 A conservation easement was then placed upon the Book-Cadillac, which prevented the company from building more condominiums on top of the hotel’s existing structure. This allowed Ferchill to write off the estimated foregone profits as a charitable gift, allowing National City Bank to invest more than $28 million into the project. 4

Following more than two years of planning, Ferchill devised a financial package to redevelop the Book-Cadillac into condominiums and an upscale hotel in 2006. 1 It had assembled $180 million in financing through 22 sources. 3 Renovations to the property began in 2007 after Starwood Hotels & Resorts signed on to operate the hotel as the four-star Westin Book-Cadillac Detroit.

Work on the Westin Book-Cadillac Detroit was finished in the third quarter of 2008 at the cost of $200 million. 1 3 4 The rejuvenated site included 67 upscale condominiums, 5 455 guest rooms, a fitness center, an indoor swimming pool, and whirlpool, three ballrooms, a four-star restaurant, first-floor retail, and a $20 million, 500-space parking garage. 3 5 Two of the ballrooms, the Grand Ballroom and the Italian Garden, were restored to their original specifications. A third 11,000 square feet ballroom, with a seating capacity of 1,000, was added on the north side of the hotel, allowing for a total of 39,000 square feet of event and conference space. 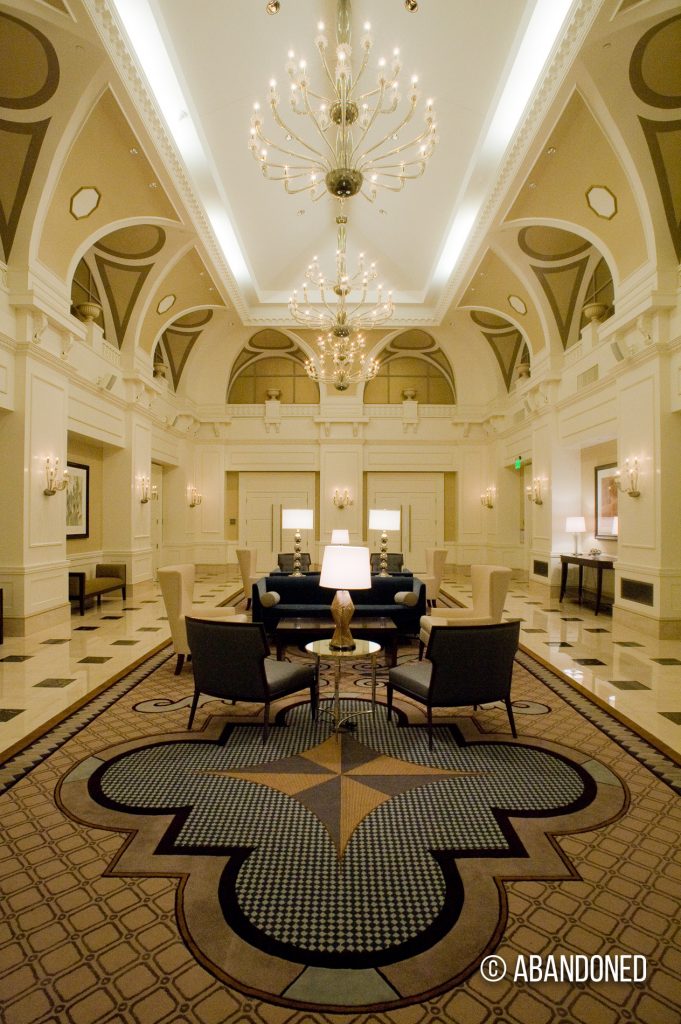 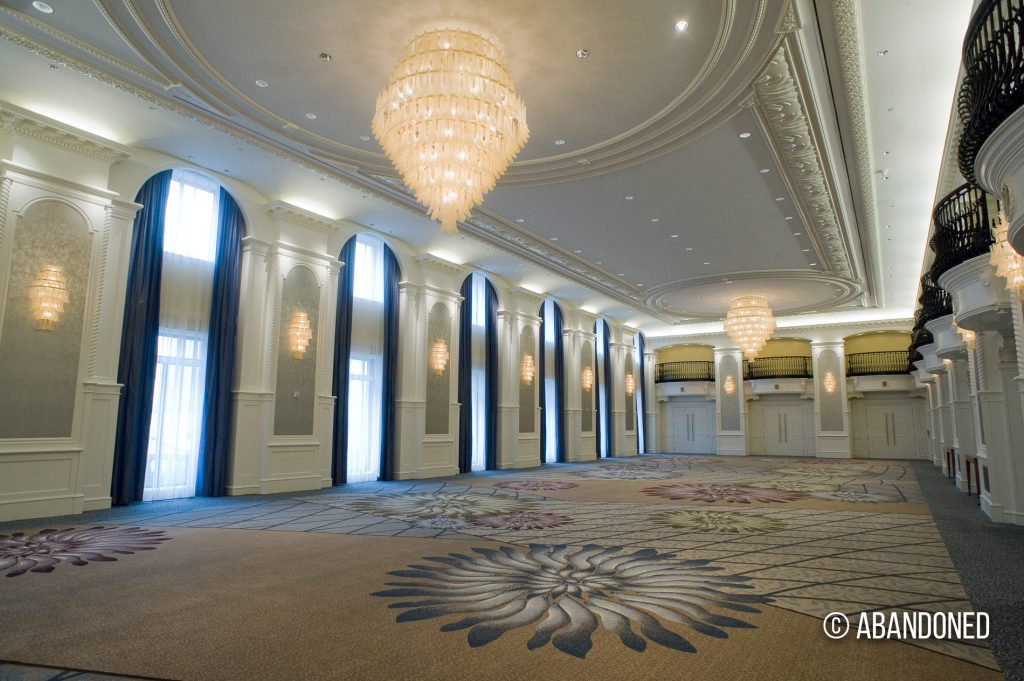 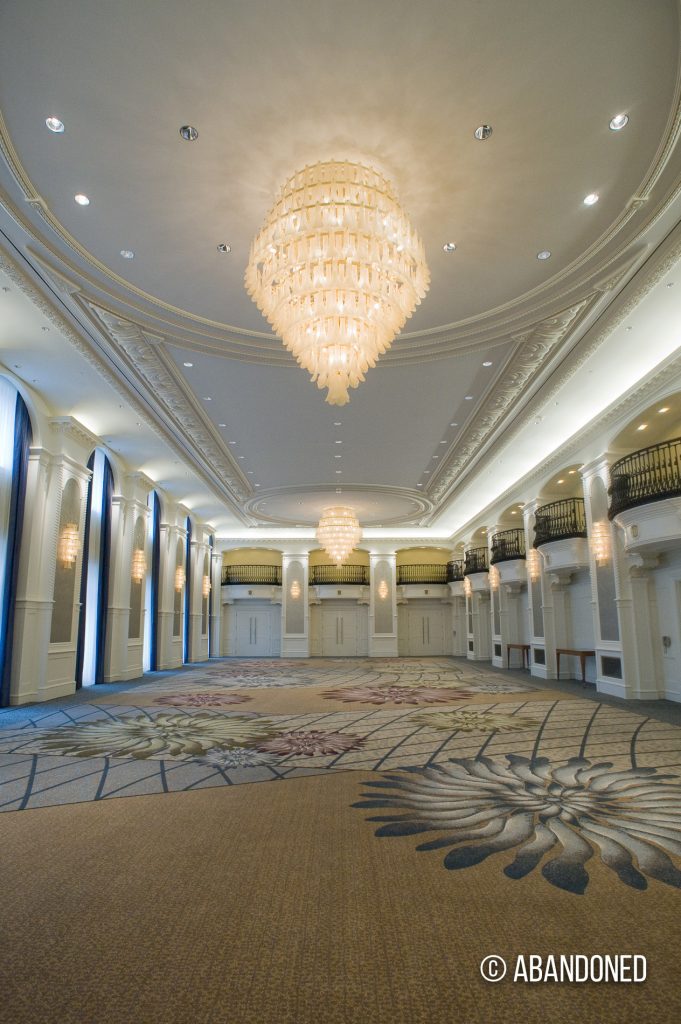 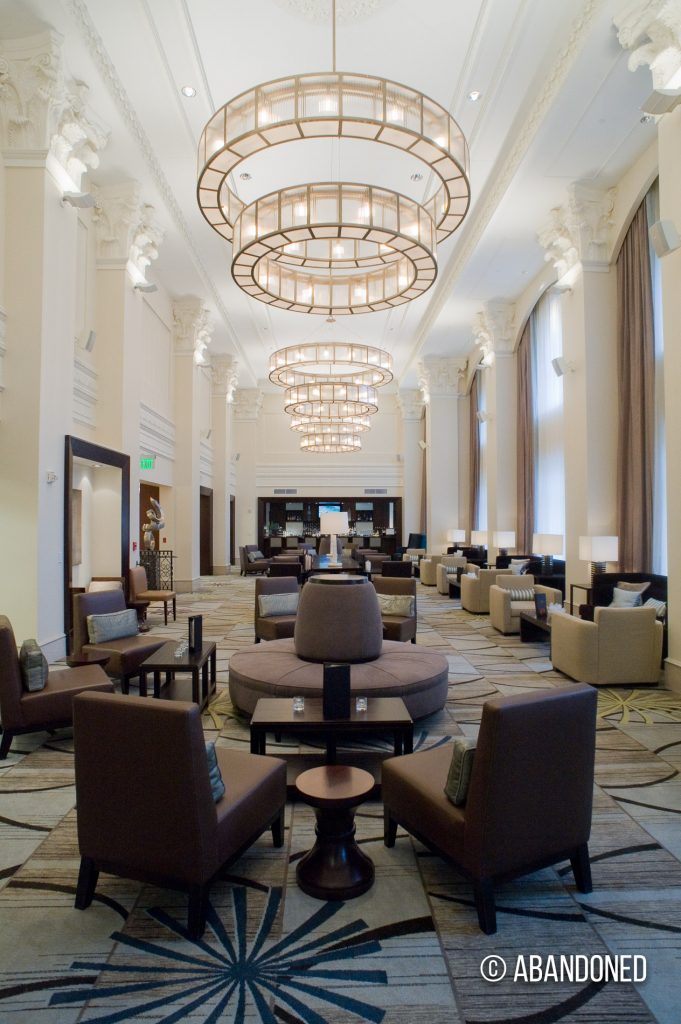 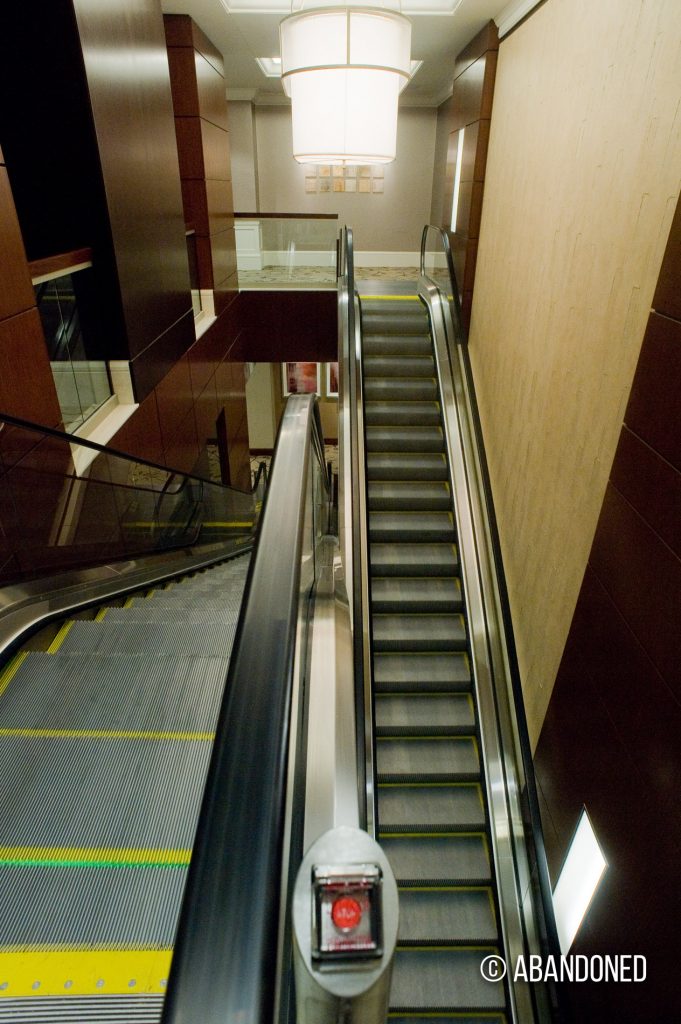