Brown’s Hotel and Country Club is an abandoned resort in the Borscht Belt of the Catskill Mountains of New York.

Dutch immigrants settled in the Catskill Mountains in the 1600s where they grew wheat and rye. 30 Artists and writers, enamored with its stately peaks and lush valleys, emigrated to the vast wilderness starting in the 1820s and by the mid-1800s, farmers and innkeepers began renting out bungalows to boarders from the city who sought to escape the humidity and heat.

Tourists typically reached the Catskills by train, which could take up to two days to reach from New York City. 30 The development of touring routes and the improvement of local roads led to an influx of tourists. In response, the Appel family constructed the Black Apple Inn above Hilldale Pond in Sullivan County in the 1920s. 2

Charles Brown, the owner of several other hotels, purchased the Black Apple Inn for $70,000 in 1944. 3 Brown completed $100,000 in renovations, reopening it as the 473-room Charles and Lillian Brown’s Hotel and Country Club, an upscale resort with live entertainment and fine dining. 3 4

The resort soon became known for its wealthy patrons, with the Brown family focusing on fine dining and live entertainment to entice tourists. 3 The hotel’s Brown Derby nightclub attracted comedians such as Bob Hope, Buddy Hackett, 5 Jackie Mason, 6 Woody Allen, 7 and George Burns, and musicians such as Sammy Davis, Jr., Tony Bennett, 8 Harry Belafonte, 9 and Liberace. 3 (Jerry Lewis began his comedic career at Brown’s, beginning as a waiter and working up to nightly performances in what became the Jerry Lewis Theater. 29)

Brown’s also attracted Italian and Jewish gangsters, and during a period of the 1940s, the bodies of their numerous victims would often turn up in Loch Sheldrake less than two miles away from the hotel. 11

The resort became one of the largest in the Catskills with 570 rooms 12 29 and rivaled Grossinger’s and Concord. 9

The Minnewaska Resort was a part of the “Borscht Belt,” an area once distinguished by scores of Jewish summer resort hotels, cabin colonies, and camps. 1 Tourism peaked after World War II when massive resort facilities were built in the countryside. By the 1960s, tourism in the “Borscht Belt” had entered a decline. Air travel was becoming increasingly convenient and cheap and the advent of interstate highways made long-distance automobile travel easier.

In December 1985, Brown’s opened model luxury townhouses targeted to second-home buyers that featured cathedral ceilings and fireplaces. 8 Investors in the project included Hotels International. It was envisioned that the resort would be encircled by 250 townhouses and several thousand single-family homes. The townhome project failed to catch momentum and led Brown’s to suffer from financial troubles. 10

A turnaround plan was initiated but the resort had to file for Chapter 11 bankruptcy protection in July 1988 as it owed $11.7 million to 203 creditors and the county. 12 28 29 A deal that involved the owner of the Tamarack Lodge purchasing Brown’s fell through. 10

The resort closed for the season on November 11 and never reopened. 12 The property was sold at foreclosure on November 29 for $5.3 million to Vista Environments, owned and operated by developer Rubin Margules.

Vista Environments began renovations of the former Brown’s resort in 1997, and the property was converted into the 396-unit 18 Grandview Palace condominiums. 5 Most of the hotel’s amenities were kept, including the bar, chapel, miniature golf course, swimming pools, synagogue, tennis courts, and theater, but the restaurant remained closed. 15 Nearly 75% of the units had sold within a few years. 16

Grandview Palace was in poor condition by 2011, and the city of Fallsburg threatened to condemn the complex over inoperable fire alarms, fire doors, sprinklers. 17 The owners promised to fix the issues. 9 In the interim, the security personnel was ordered by the city to patrol the grounds every 30 minutes in the event that a fire started. Grandview Palace’s two-month-old insurance coverage through The Hartford Insurance Company was canceled in September as a result of the violations, although a replacement policy was obtained through the Illinois Union Insurance and Great American Insurance. 22

At 5:05 PM on April 14, 2012, a guard on patrol noted the smell of something burning near an oil boiler but he was unable to locate any smoke. 19 A tenant reported smelling something burning 15 minutes later, and observed smoke rising from the main building, but the tenant deemed it not serious enough to notify the Loch Sheldrake fire department. After reports of more smoke, the guard unlocked the boiler room around 6:00 PM and discovered the fire raging. 19 20

The fire department was called at 6:06 PM but the fire chiefs were out of town for the weekend. 20 The Hurleyville fire department was instead called into action, but by the time they arrived on the scene, there were 20- to 30-foot flames leaping from Grandview Palace. 21 The fire grew so large and out of control that 43 fire companies and 300 firefighters were called into what became the largest fire in the Catskills history. 23

The fire destroyed the original century-old Black Apple Inn structure and six other buildings. 19 Just Building F and one wing of Building I remained. 24 Over 100 residents were evacuated with no serious injuries, 9 although four firefighters were slightly injured. 20

The owner of Grandview Palace believed that the fire code violations had been resolved prior to the fire, but Illinois Union Insurance disagreed, 22 and it was confirmed by fire officials on May 24 that the blaze began in a disused boiler room. 19 The condominium complex was condemned and the owner was given 60 days to raze it. 24

Grandview Palace had two insurance policies totaling $30 million, 24 but the insurers refused to make payments, citing falsification of information by Grandview Palace whose board members claimed there were no existing code violations or lack of automatic sprinklers. 22

A meeting between the condominium board and owners was held in November 2012. 25 Renters were not invited, nor were owners who had missed the $90 monthly maintenance fees that were still being collected after the fire. 26 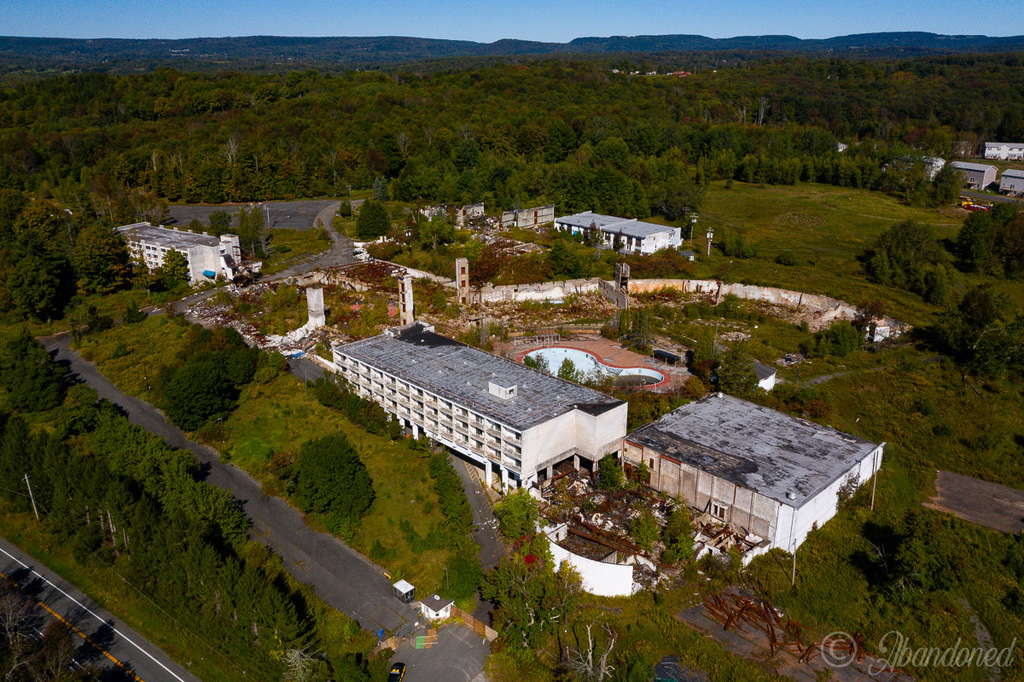 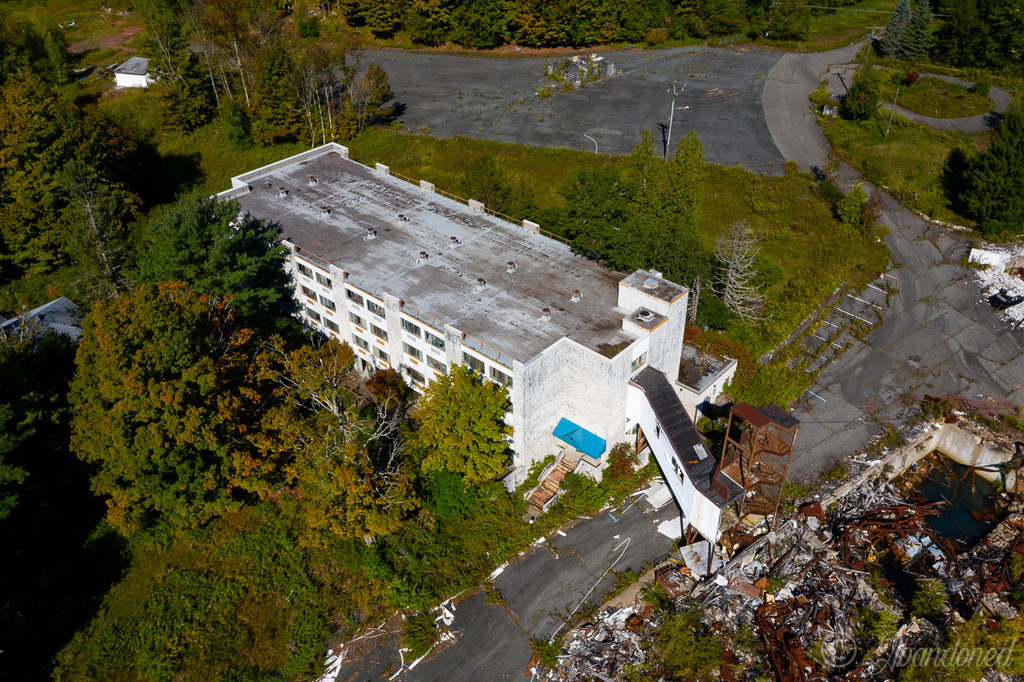 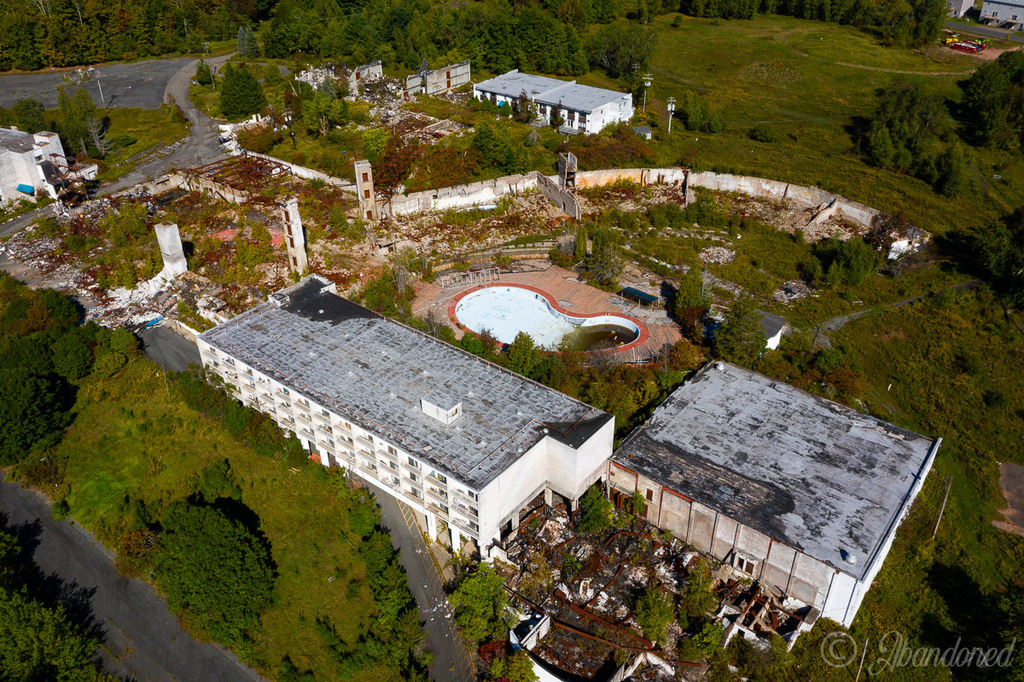 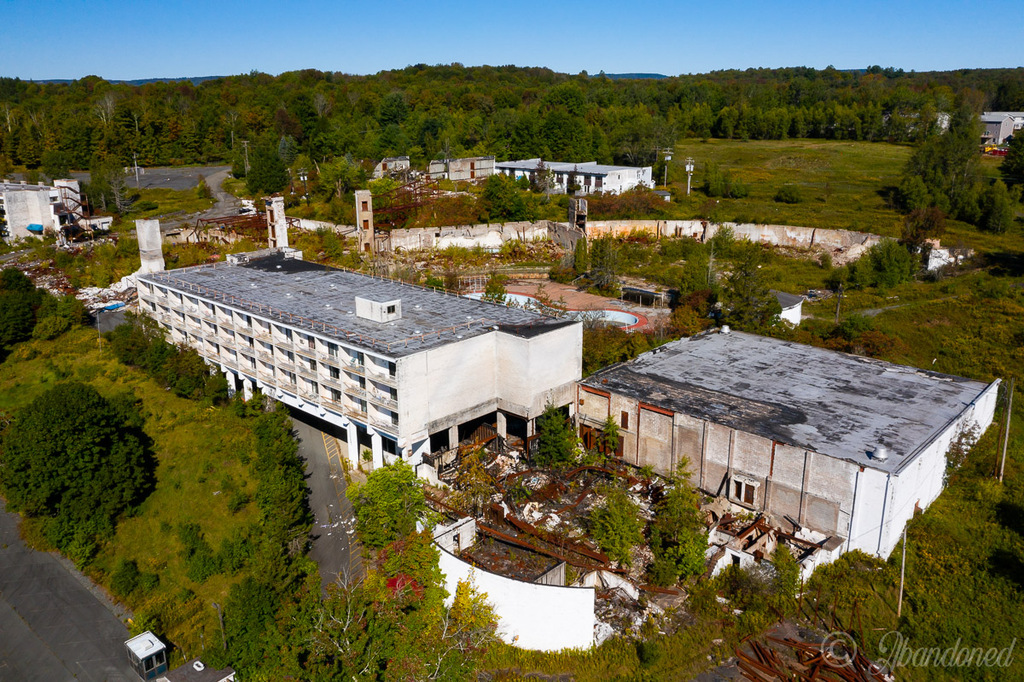 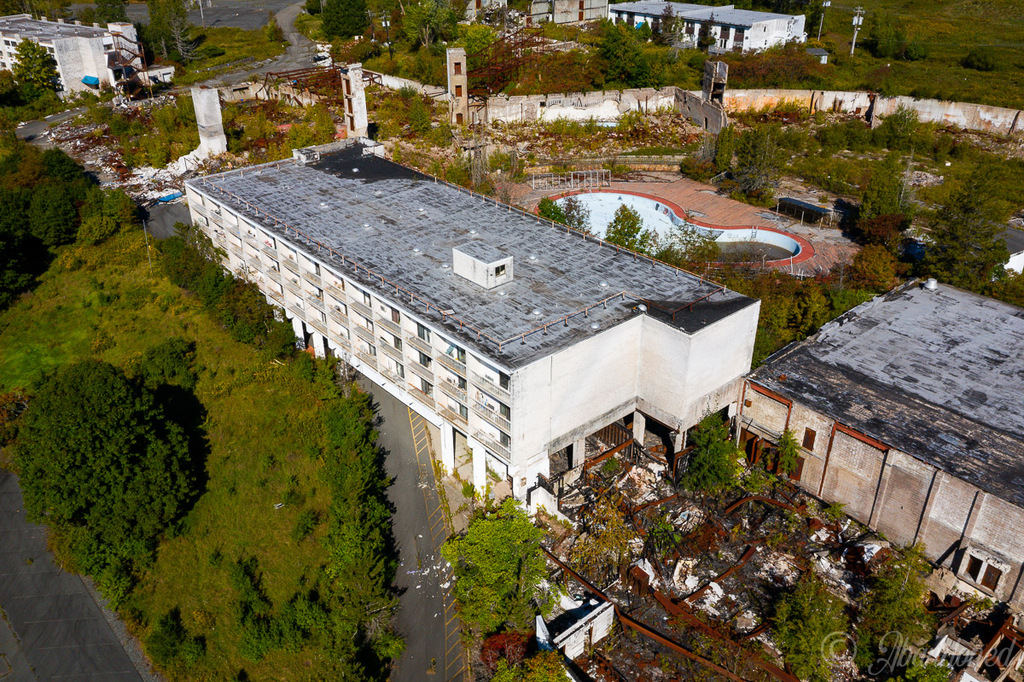 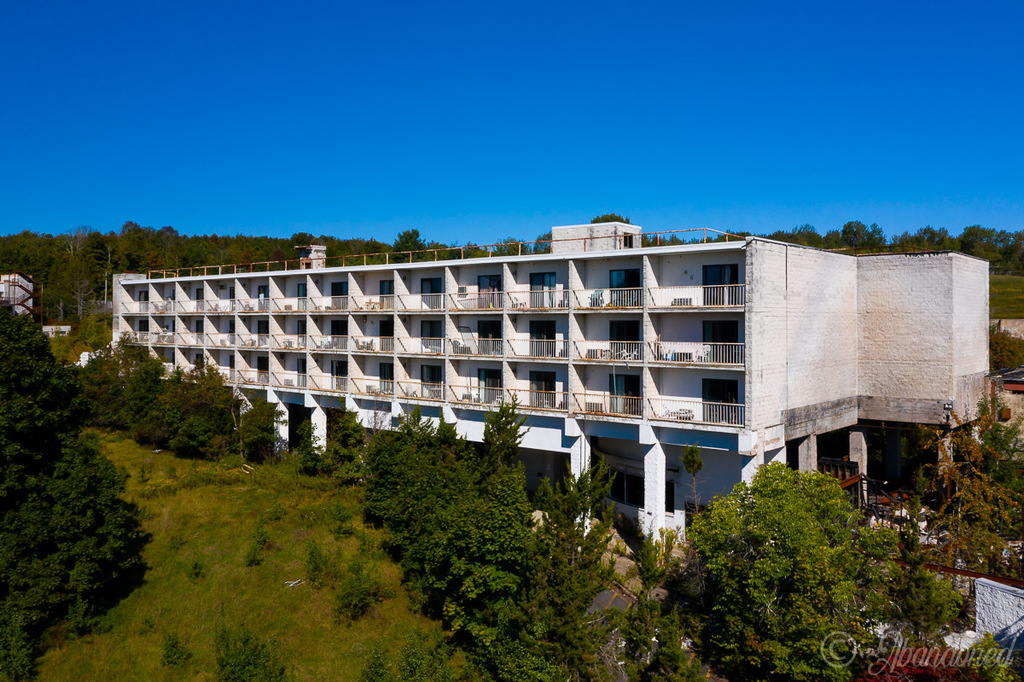 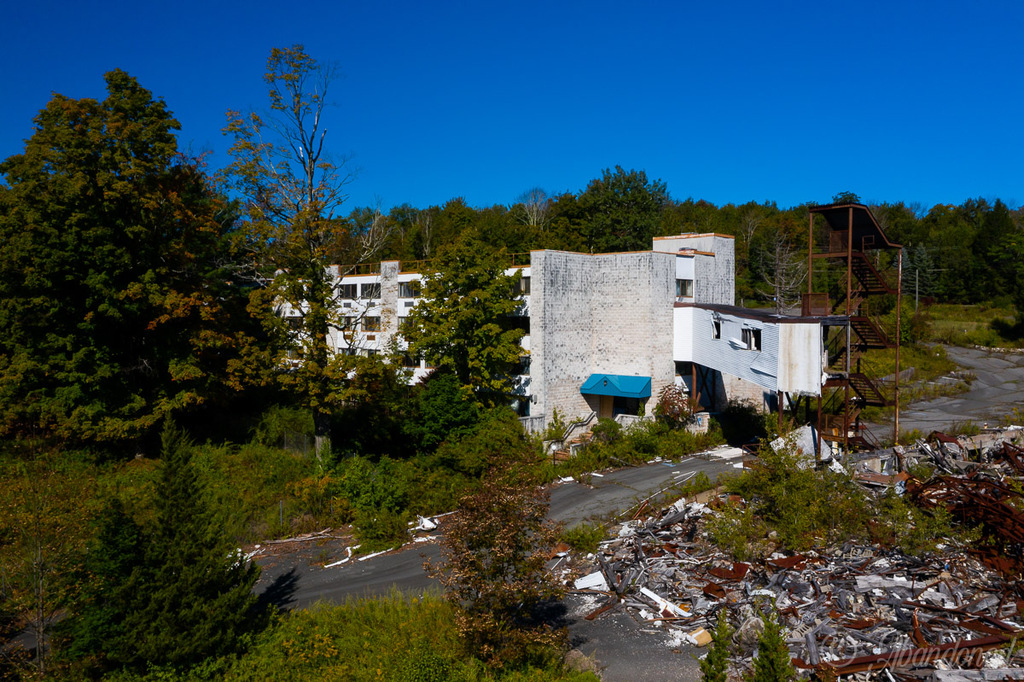 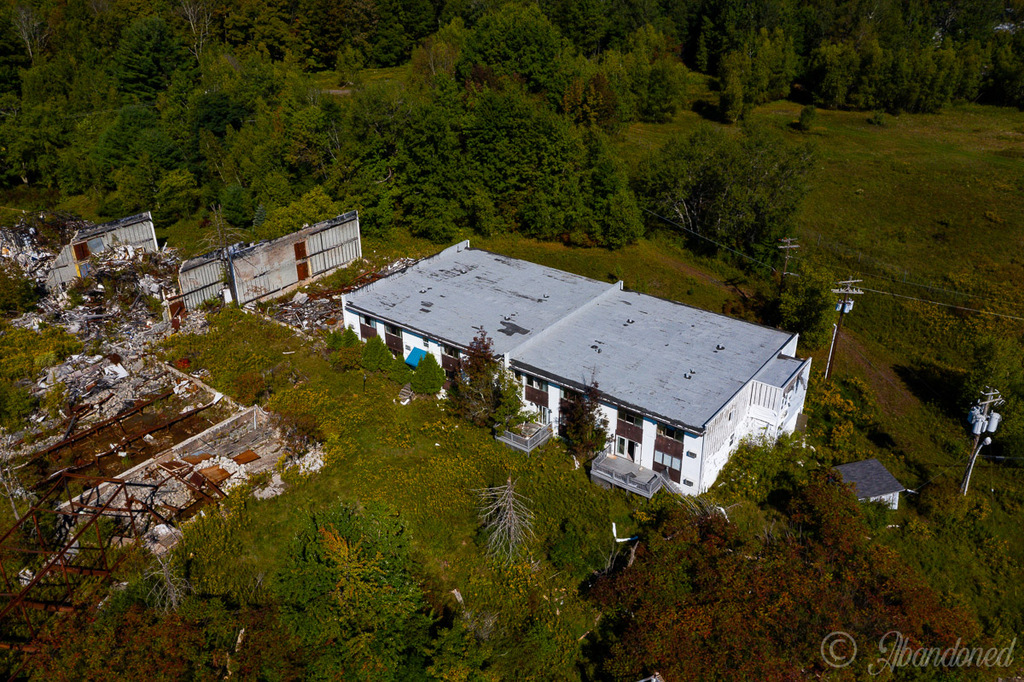 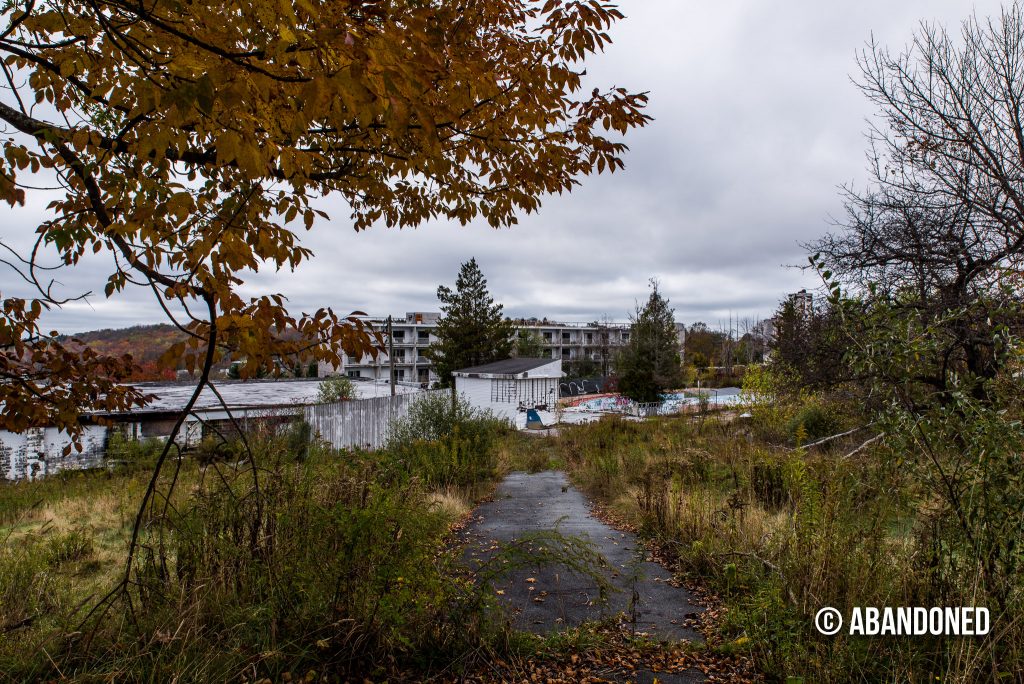 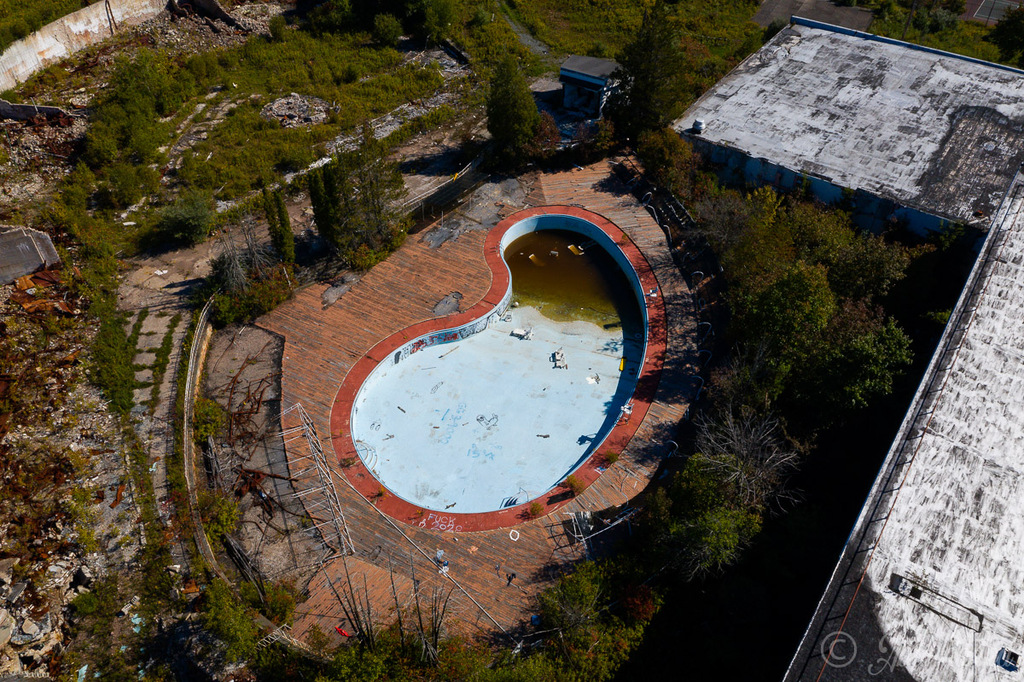 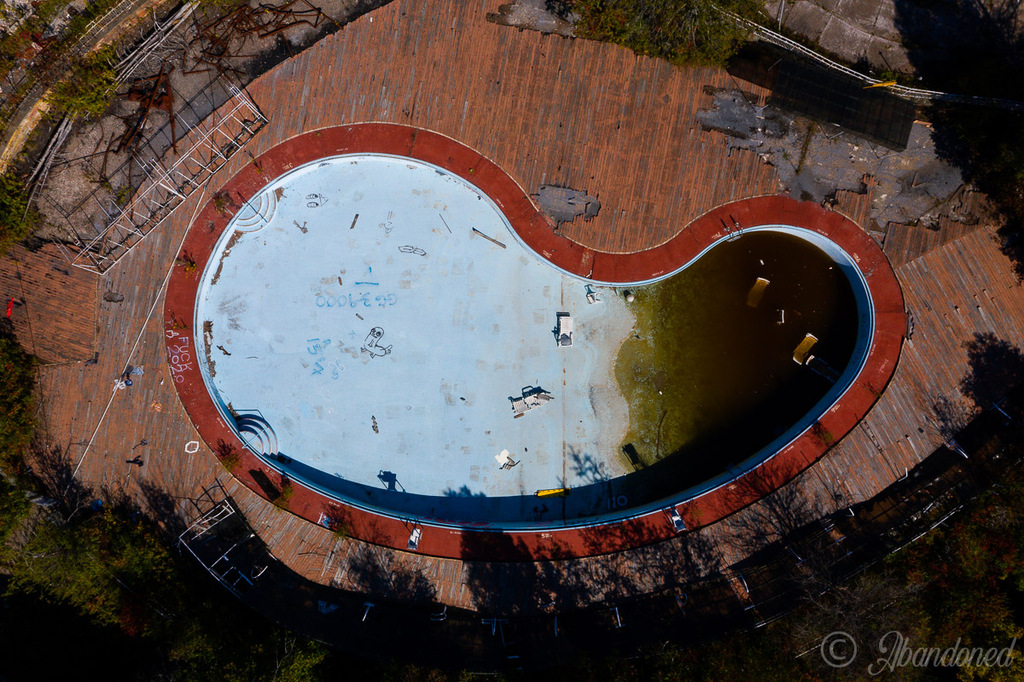 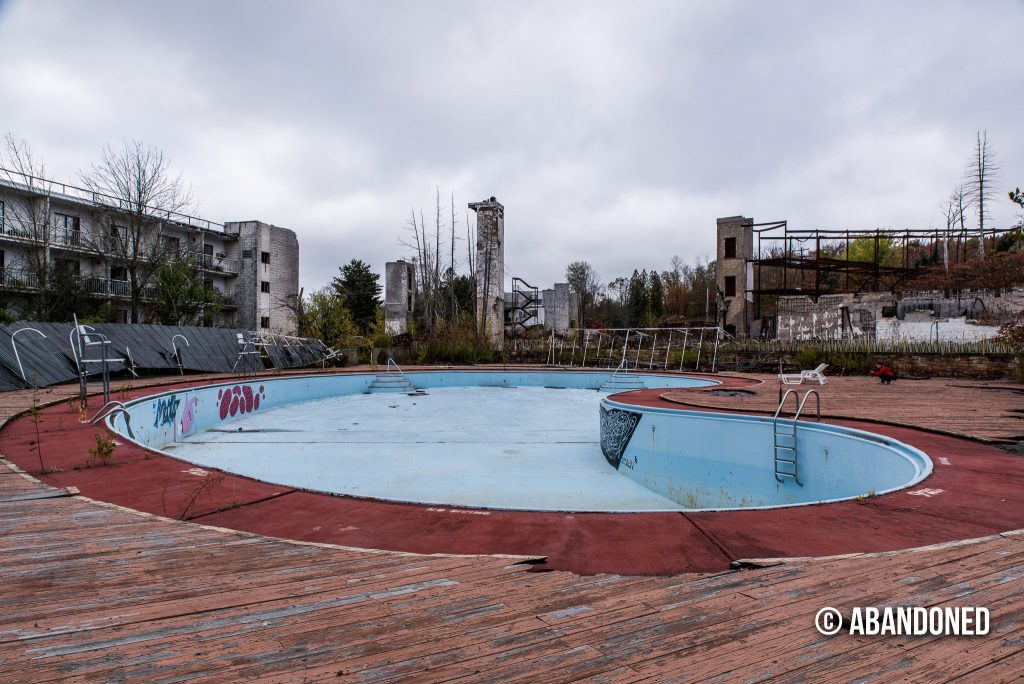 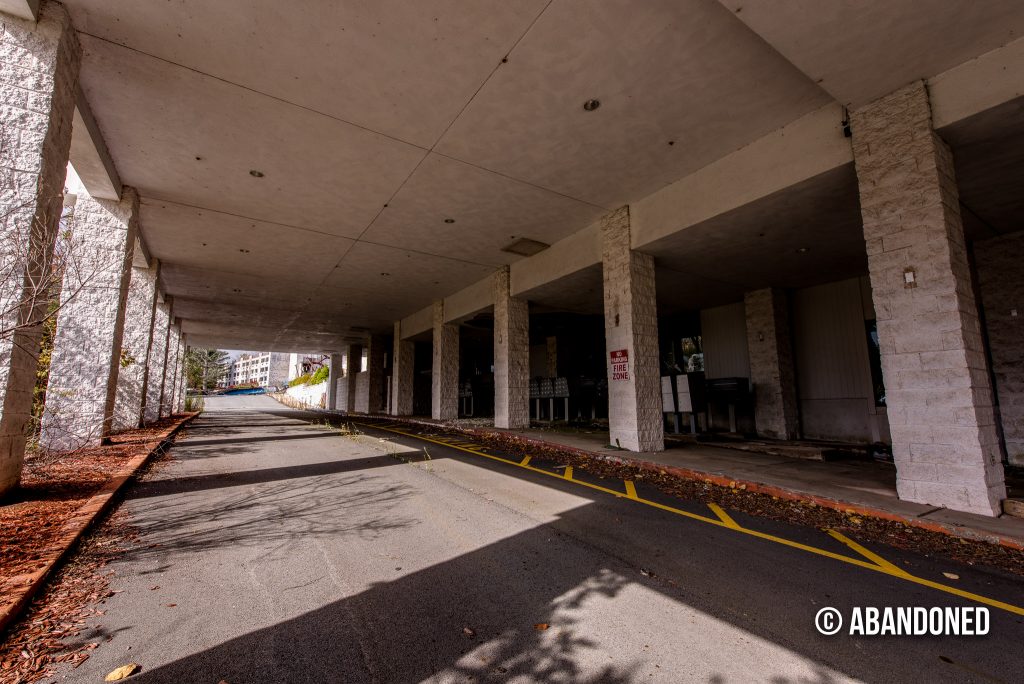 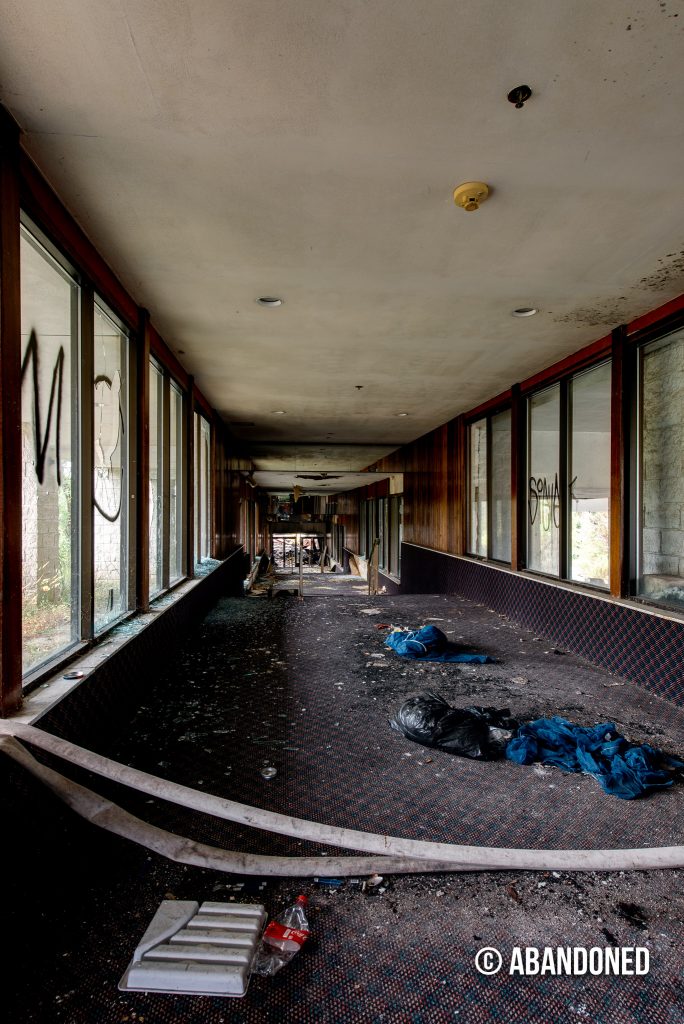 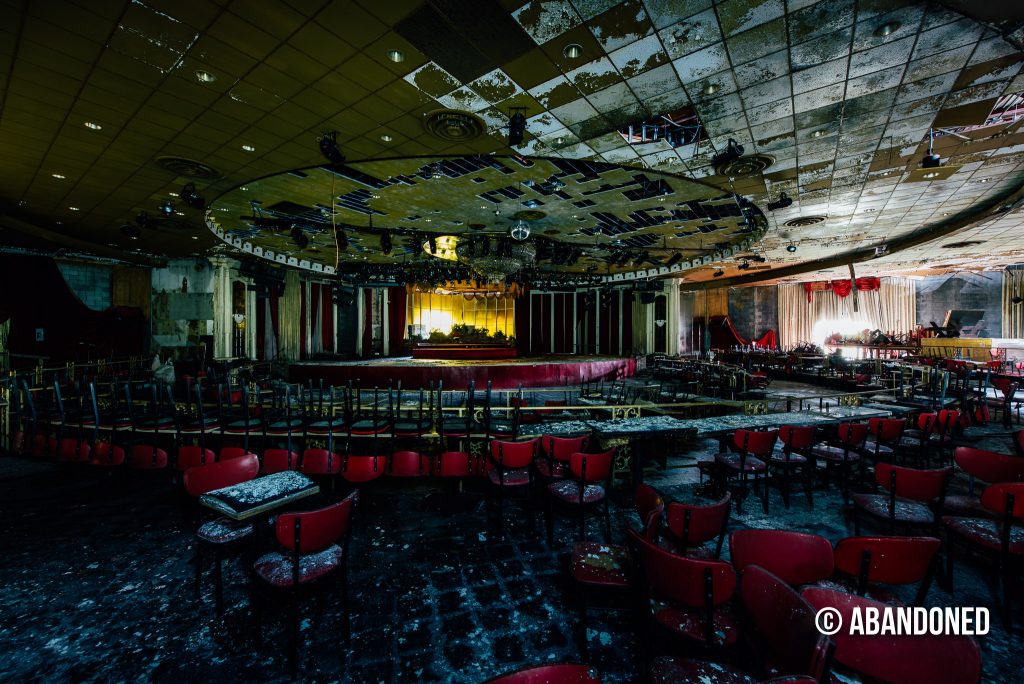 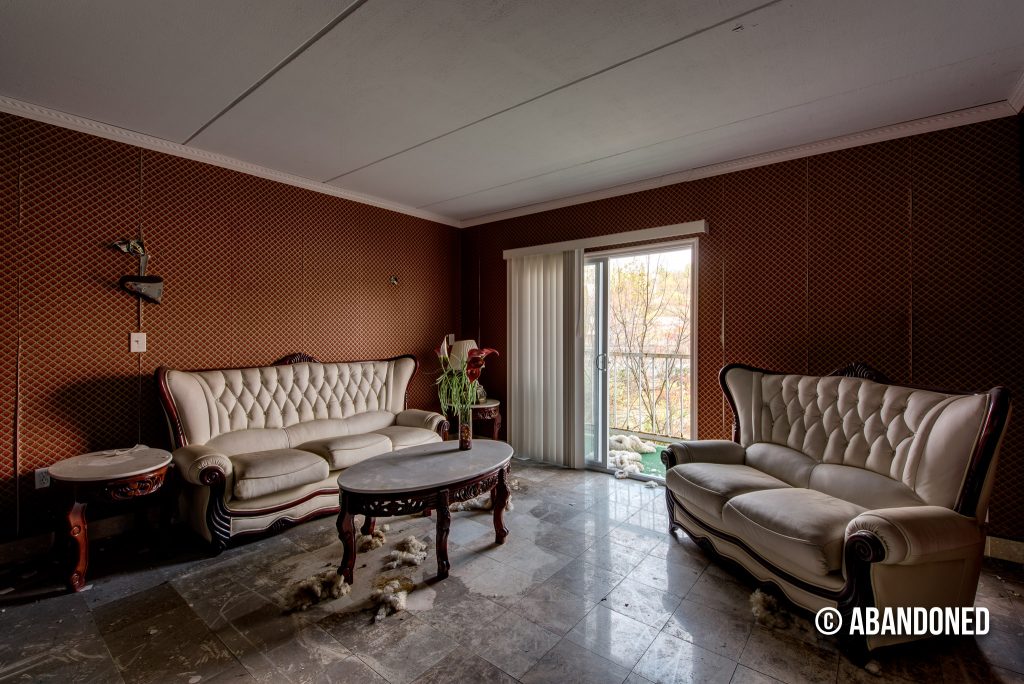 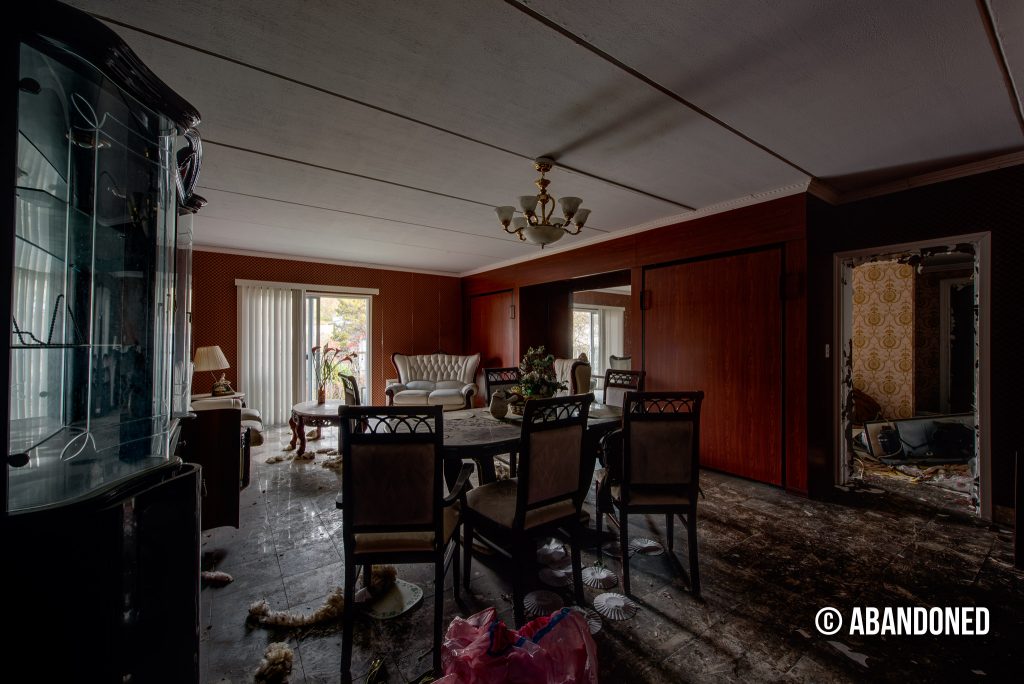 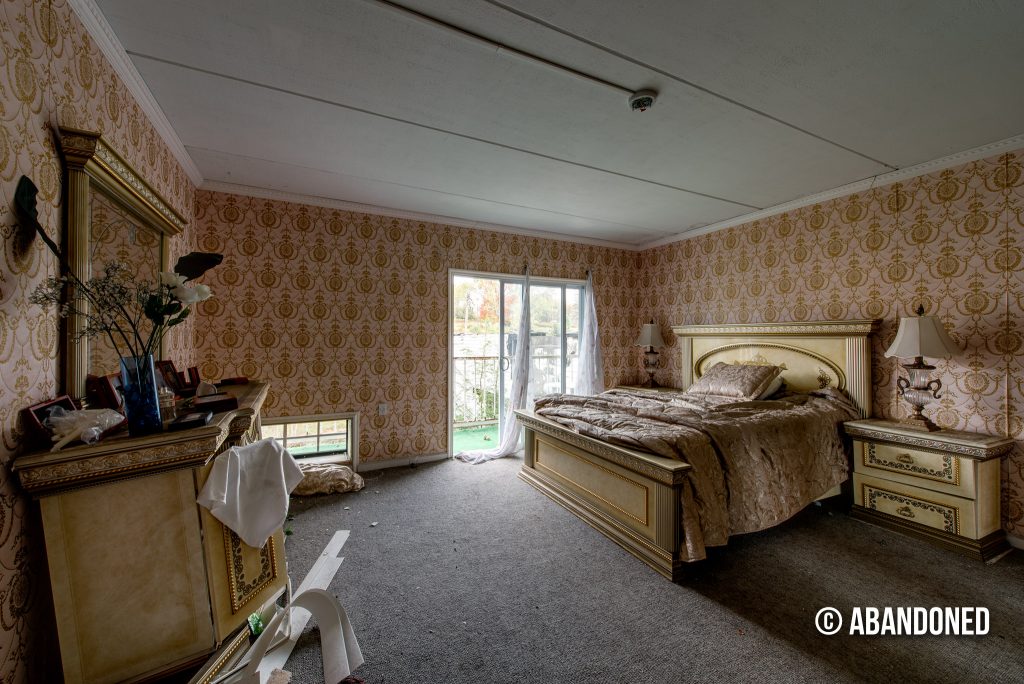 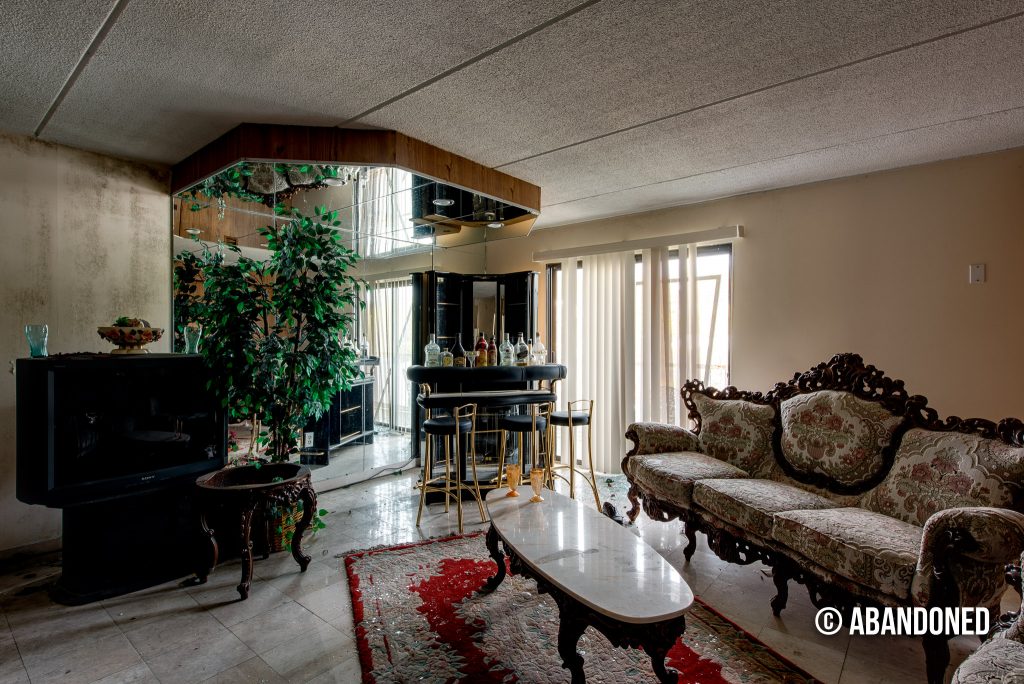 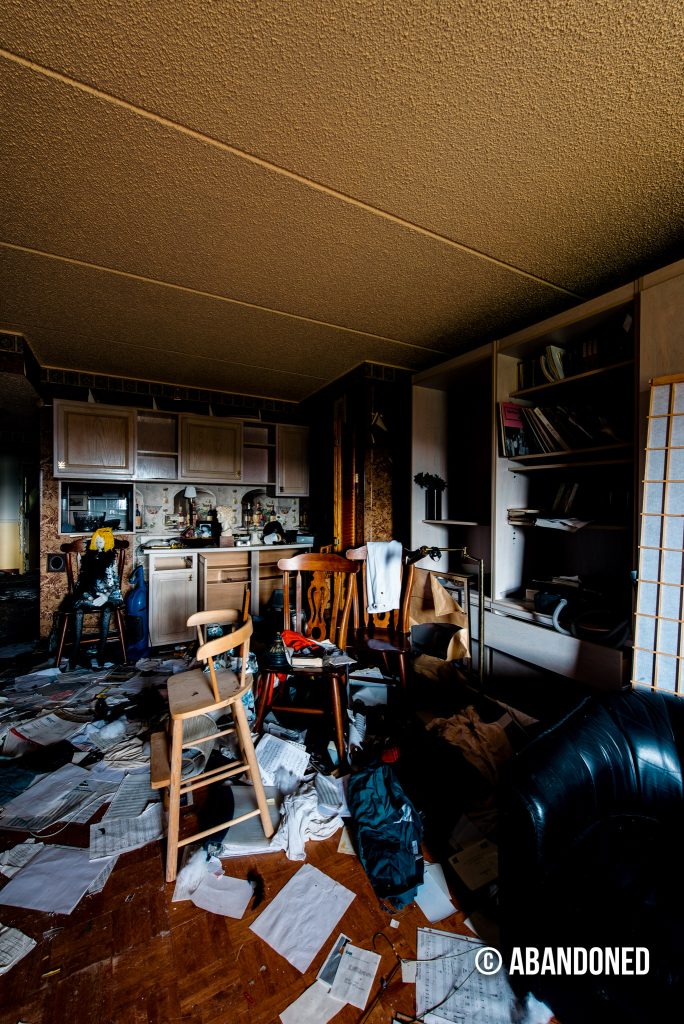 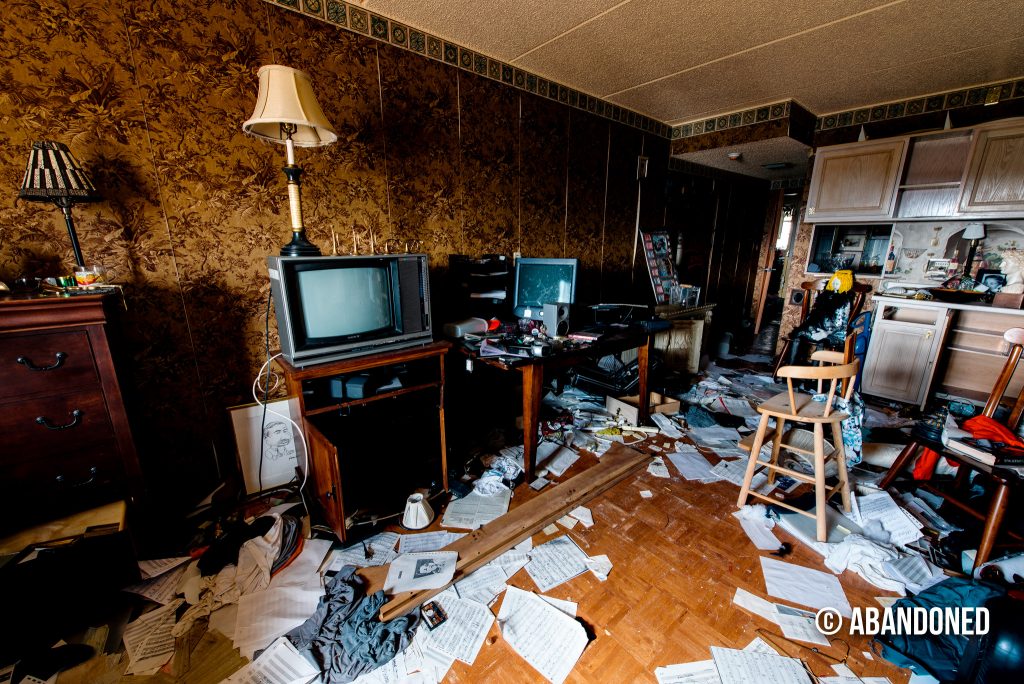 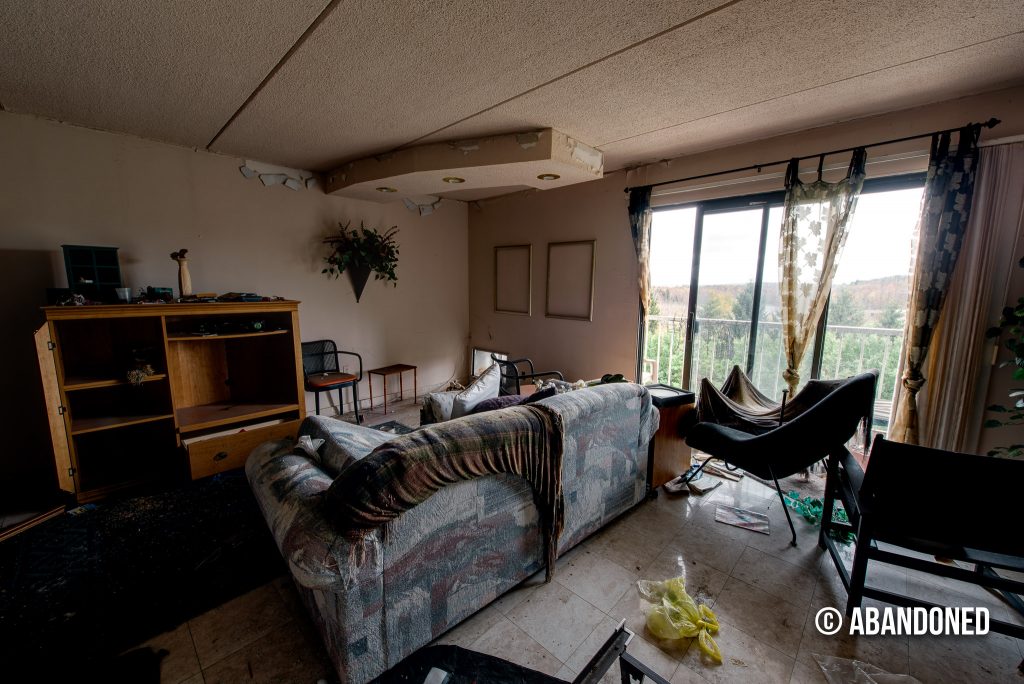 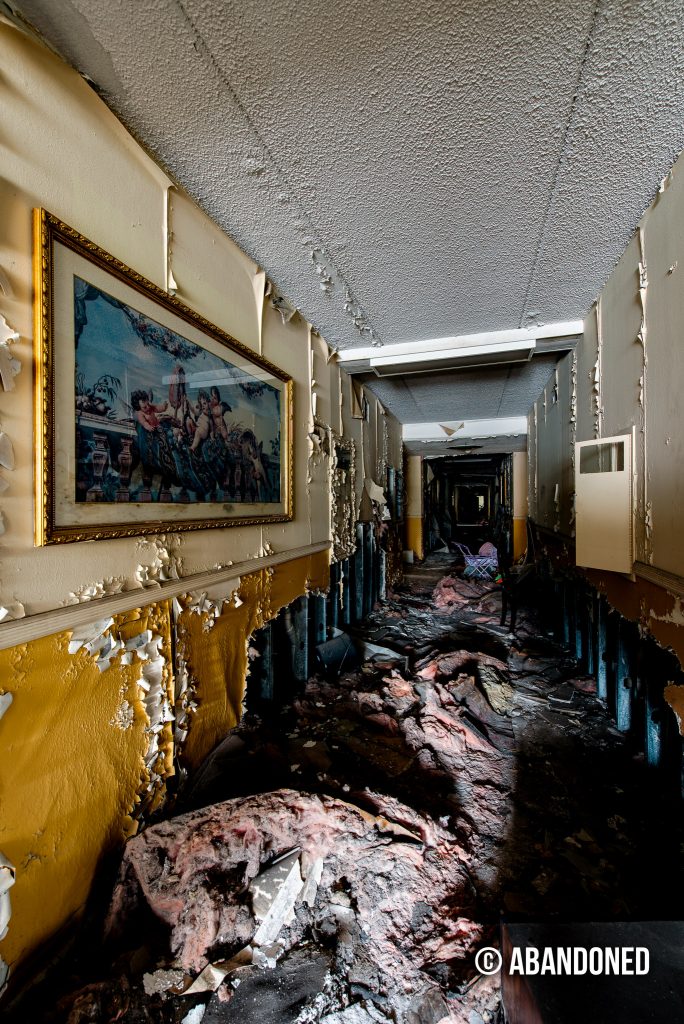 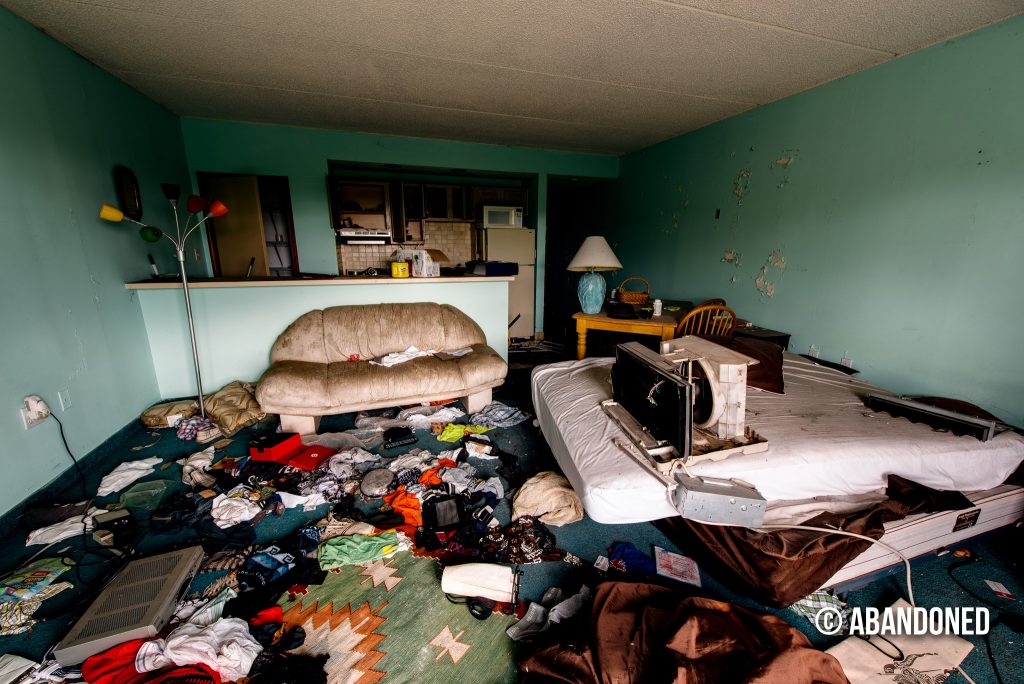 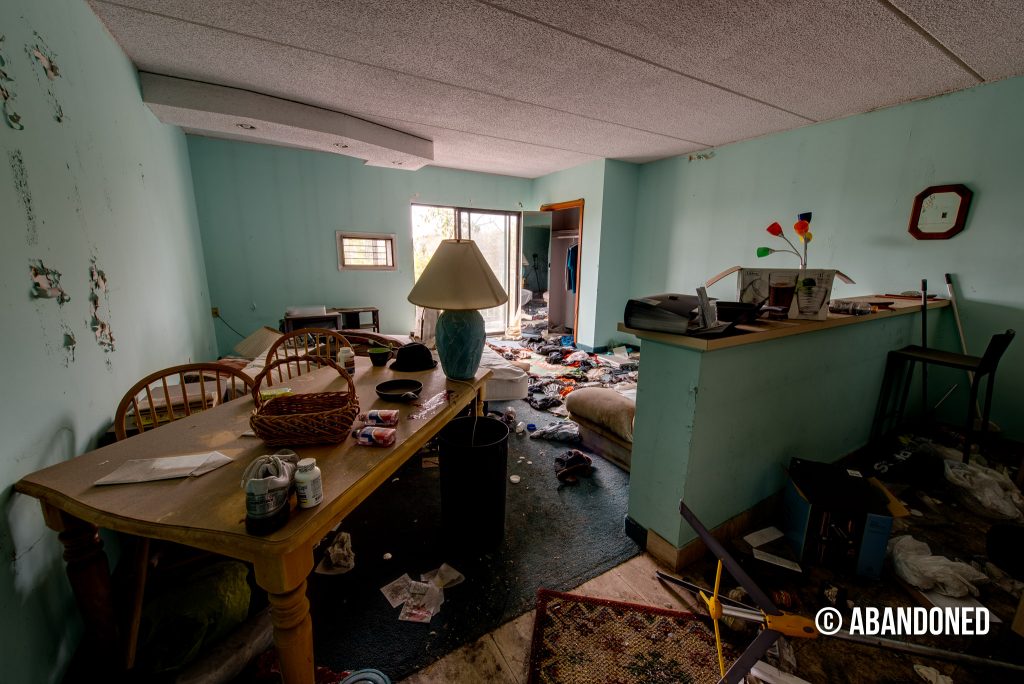