Buckeye Steel Castings, named for the Buckeye tree, was founded in Columbus as the Murray-Hayden Foundry in 1881. 1 It manufactured cast iron farm implements at a small foundry at the corner of Scioto and Broad streets. Finding success in producing iron railroad car couplers, the plant was acquired by W.F. Goodspeed in 1888, 11 producing small malleable castings under the Buckeye Malleable Iron Company.

Eventually, demand for stronger coupling assemblies led to a switch to steel products and the company was once again renamed Buckeye Steel Castings when the factory moved to a 90-acre parcel on Parsons Avenue in 1902. 1 Two tilting open-hearth furnaces of 10- and 20-ton capacity were installed and the first heat was tapped on October 24, 1902. 11 The old malleable plant on Russell Street was used in tandem until 1906.

Buckeye Steel Castings was closely associated with rail baron E. H. Harriman and at one time, was controlled by Frank Rockefeller, the brother of oil magnate John D. Rockefeller.

In 1901, Buckeye Steel Castings hired Samuel Prescott Bush as general manager. Bush, a graduate of the Stevens Institute of Technology, had worked his way up from an apprentice mechanic to the superintendent of motive power at the Pittsburgh, Cincinnati, Chicago & St. Louis Railroad (Big Four). Bush later served at the Milwaukee Road.

A first-aid hospital was added in 1907, staffed with a physician and registered nurses that reduced lost-time accidents by 65%. 11 A laboratory was then added for research work that included a 200,000 lb. testing machine used for standard tensile tests, and a one-million lb. machine for testing full-size castings.

In 1908, Rockefeller left Buckeye Steel Castings and Bush took over as president, serving until 1928. 1 Welding power, Bush was known as a top industrialist and had political influence in Washington D.C. (Samuel Bush was the grandfather of President George H.W. Bush and great-grandfather of George W. Bush.)

During World War I, the company added a forge plant and manufactured gun forgings and billets for shells. 11 Much of the steel was produced in two electric steel furnaces, each of six tons capacity, that had been installed for that purpose. At the close of the war, the forge plant was dismantled.

By the late 1920s, the factory occupied 55 acres, with 17 of those under a roof. 11 It included 45 traveling cranes, ranging in capacity from 5 to 40 tons. The site also covered six miles of railroad track for receiving raw materials and sending out finished goods.

In 1993, Buckeye Steel added a 10,000 square-foot Advanced Technology Center, with upgrades taking place in 2006. 2 It allowed the company to improve the design, quality, and cost-effectiveness of its steel castings.

Buckeye Steel remained an operating subsidiary of Worthington until 1999 when it shop to Key Equity Capital in a leveraged buy-out. 1 Buckeye Steel operated as a stand-alone company until 2003.

Buckeye Steel, on its own, was initially profitable but began to suffer as a weak freight rail market in 2000 began to erode its profits. 1 The devastating economic effects of the terrorist attacks of September 11, 2001, and the economic recession that followed led Buckeye Steel to idle the plant on October 15, 2002. 13 It filed for bankruptcy on December 20.

Liquidators had been sought to auction the equipment and demolish the foundry when the former president of Worthington, Don Malenick assembled a team of investors to purchase the assets of Buckeye Steel out of bankruptcy at an auction. 1 The group, Rail Castings, bought Buckeye Steel for $15.2 million. 13 It had outbid Ohio Castings, who had offered $8.89 million, and scrappers in an auction on February 12. Rail Castings was renamed Columbus Steel Castings after the deal was finalized.

The factory experienced an uptick in rail business from 2004 to 2007, while their industrial market was slow but steady.  In 2008, Protostar Partners purchased Columbus Steel Castings and renamed the company Columbus Castings. 1

The rail business slowed in late 2008 and remained depressed during 2009 and 2010 during the Great Recession. Business rebounded when tanker car undercarriages and sand castings were needed for the burgeoning natural gas industry.

Columbus Castings received its largest order in company history in November 2013. 4 A deal with Nippon Sharvo USA for railcar undercarriages for Amtrak, worth up to $70 million, added more than 50 jobs to the foundry. At the time, the foundry employed 650.

In September 2014, Columbus Castings announced that it would add 550 new jobs to deal with its backlog of orders. 12 The announcement was made at a joint news conference with CEO Rick Ruebusch and U.S. Senator Sherrod Brown. Brown was pushing for the passage of the Currency Exchange Rate Oversight Reform Act, legislation that would pressure countries, like China, that undervalue their currency to give their exports an unfair price advantage. Those countries would then sell their products, like forgings, at an undervalued price in the United States.

Columbus Castings was able to pare down some of its debt but a furnace outage in 2015, which cost $15 million to repair, disrupted production for six weeks. 8 It halted the delivery of steel castings to its customers and caused millions of dollars in losses.

Columbus Castings continued along until May 9, 2016, 9 when Constellation filed for Chapter 11 bankruptcy on May 16. 3 5 The company was dogged by $238 million in debts, mostly at the foundry, 8 and a downturn in the oil and gas sectors. It laid off 800 workers 6 with the hope of restarting operations by July. 7 At the time of its closing, Columbus Castings was the only manufacturer in the country for specific parts for railcar undercarriages. 5

On August 15, 6 the assets of Columbus Castings were acquired by Reich Brothers, an investment firm from White Plains, New York, 5 for $29.7 million. 6 It narrowly outbid a private-equity firm by $1.7 million that had plans to reopen the plant in a marathon bidding session that lasted two days.

Reich began to auction small equipment in the property, followed by the removal and partial sale of the remaining large equipment. 5 The company ultimately plans to demolish the Columbus Castings complex, complete environmental cleanup of the site, and redevelop the 90 acres into a light manufacturing industrial park. 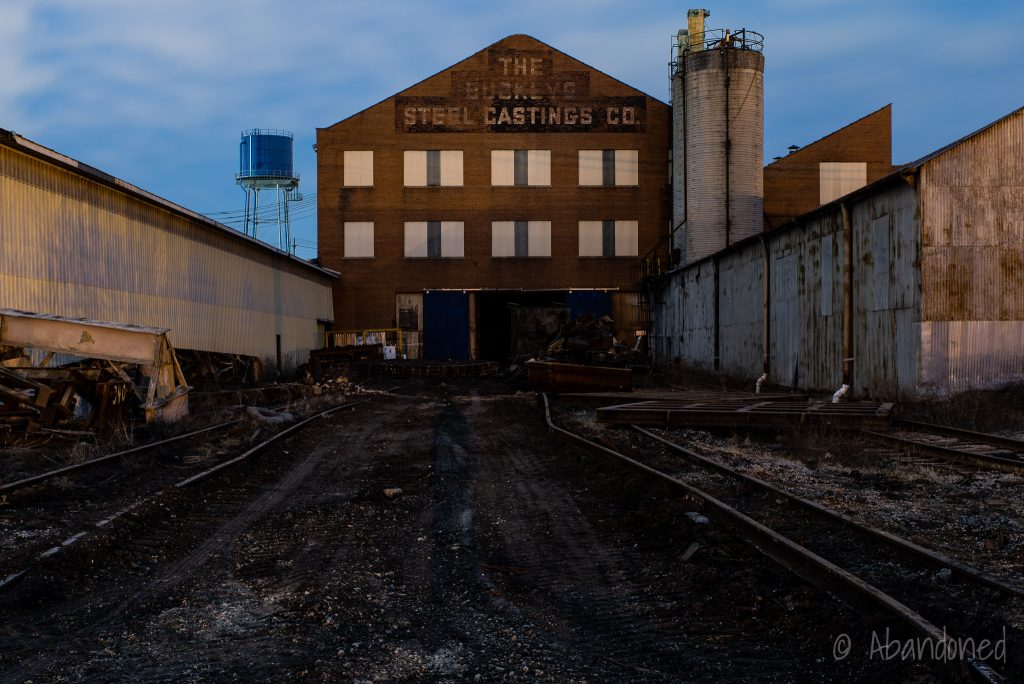 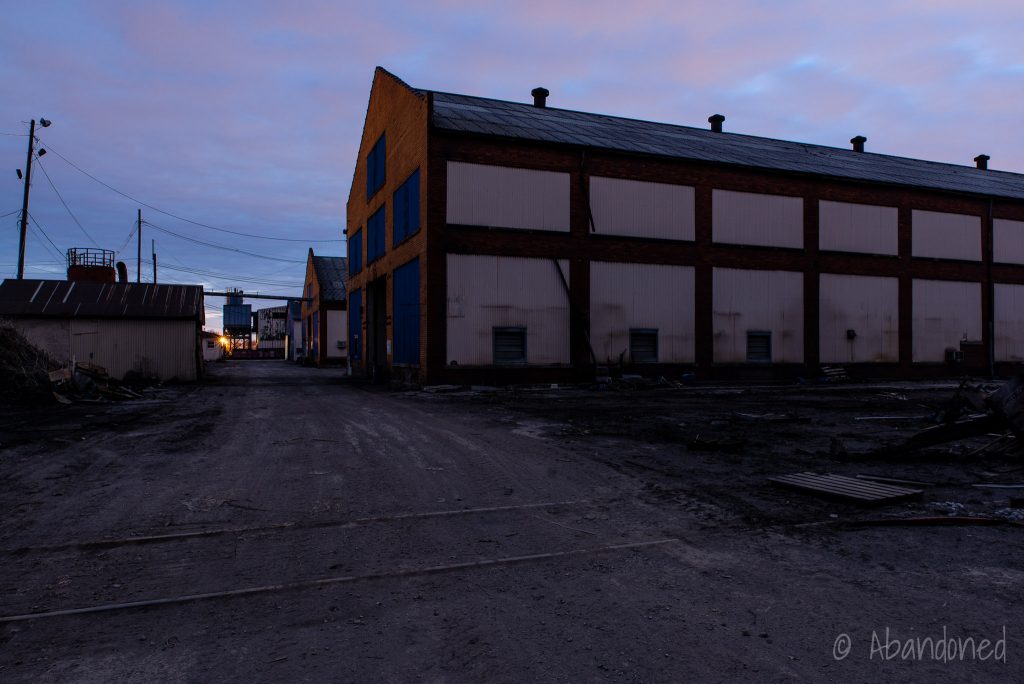 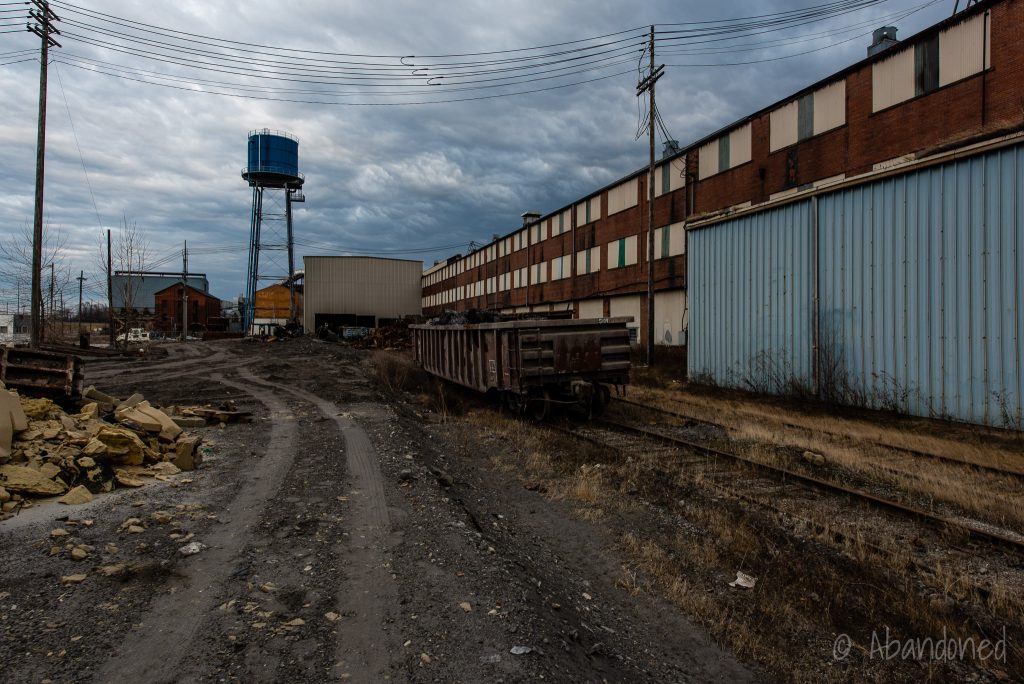 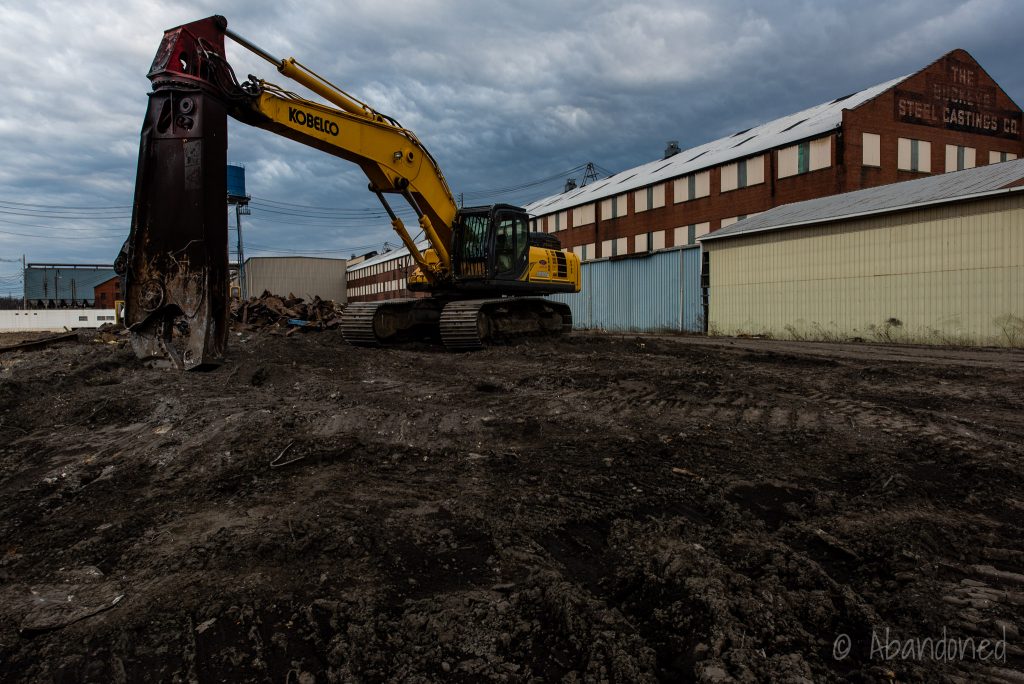 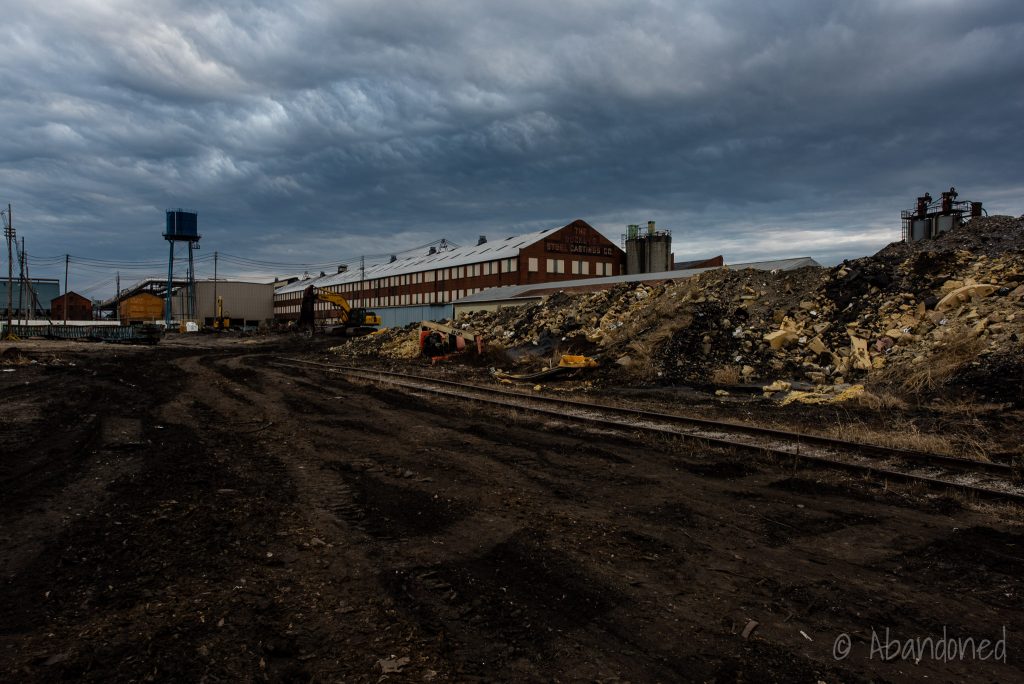 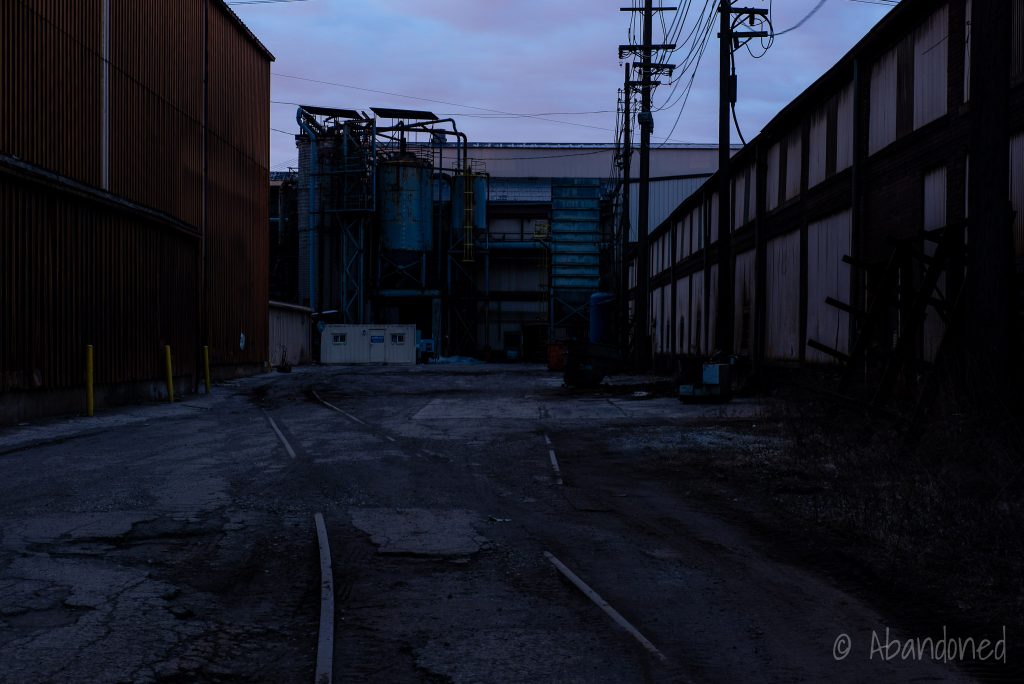 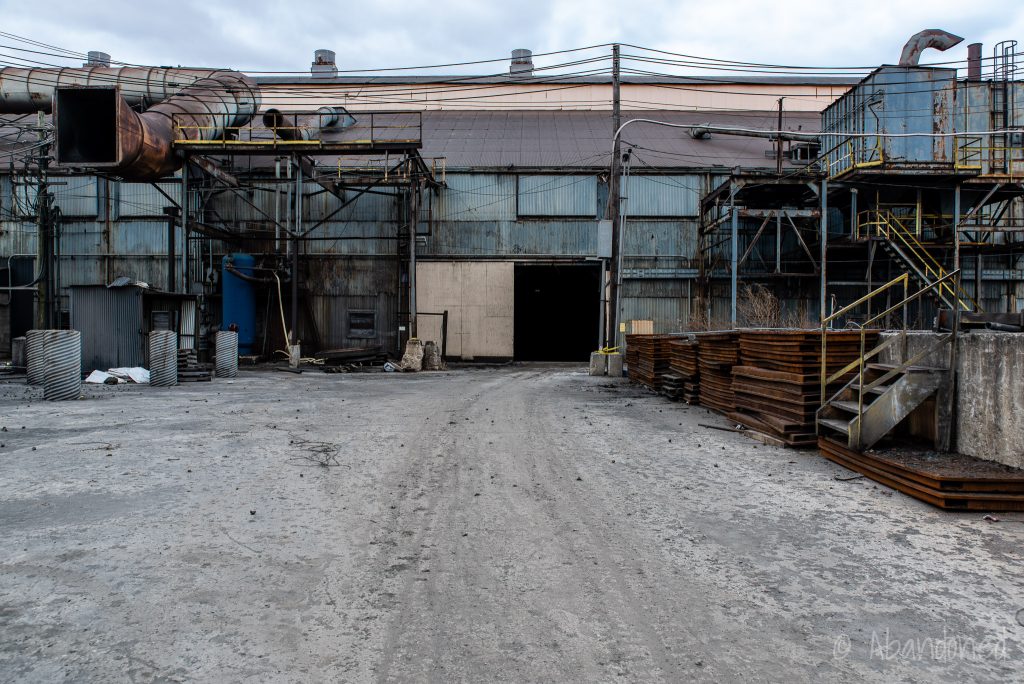 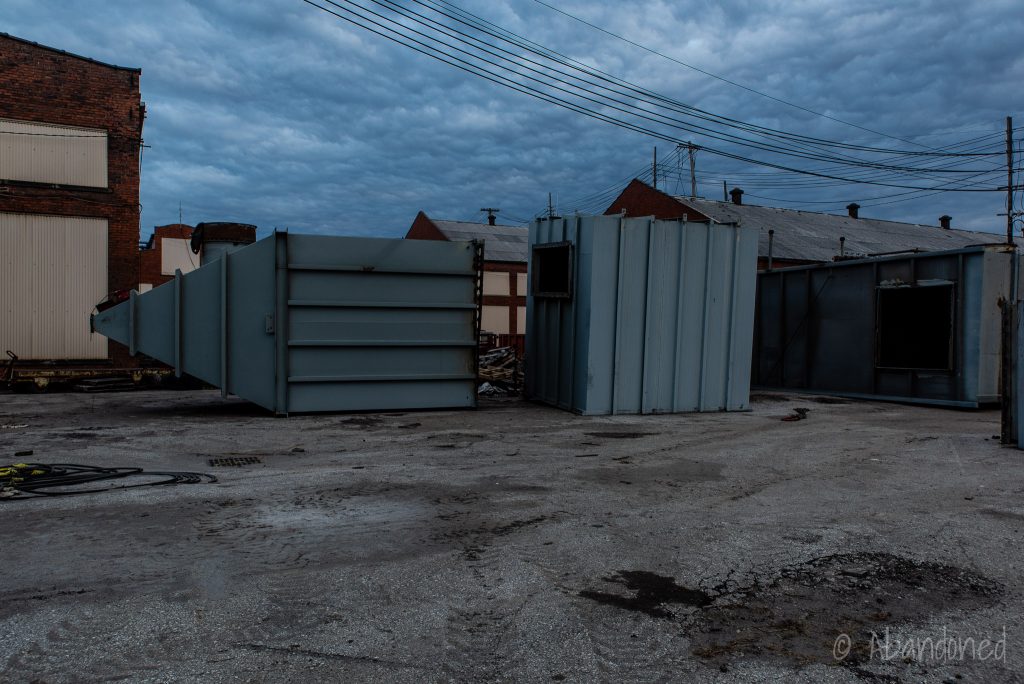 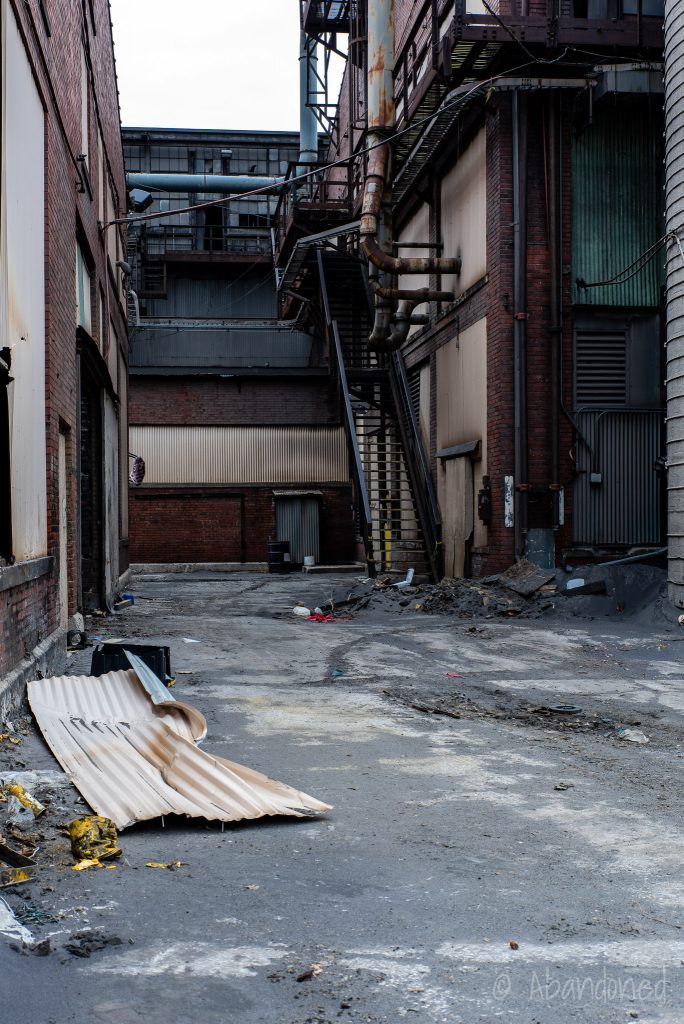 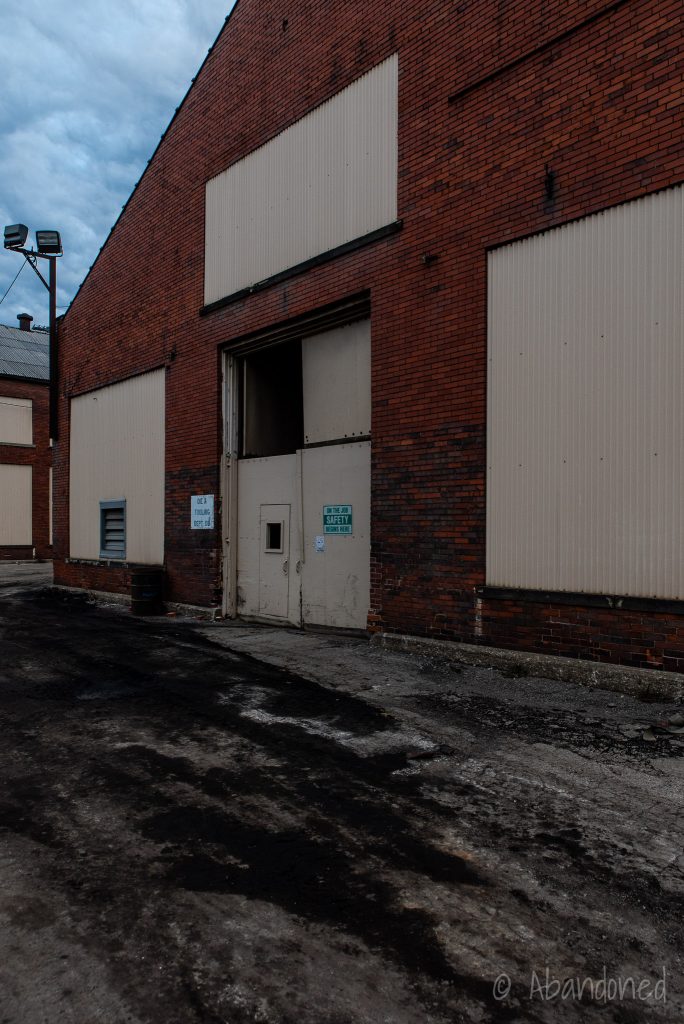 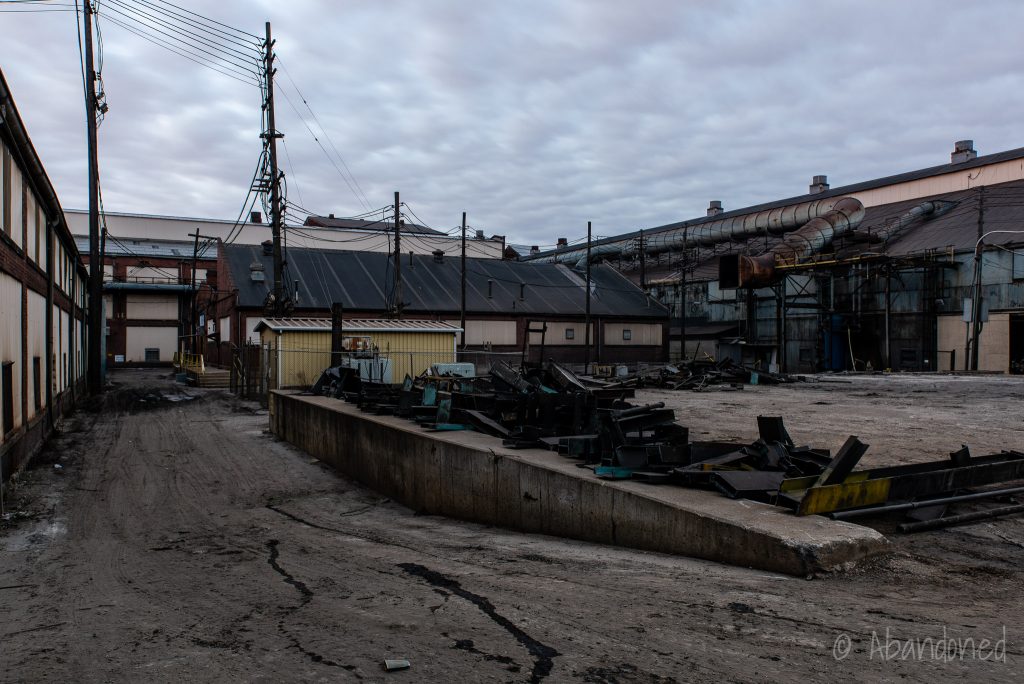 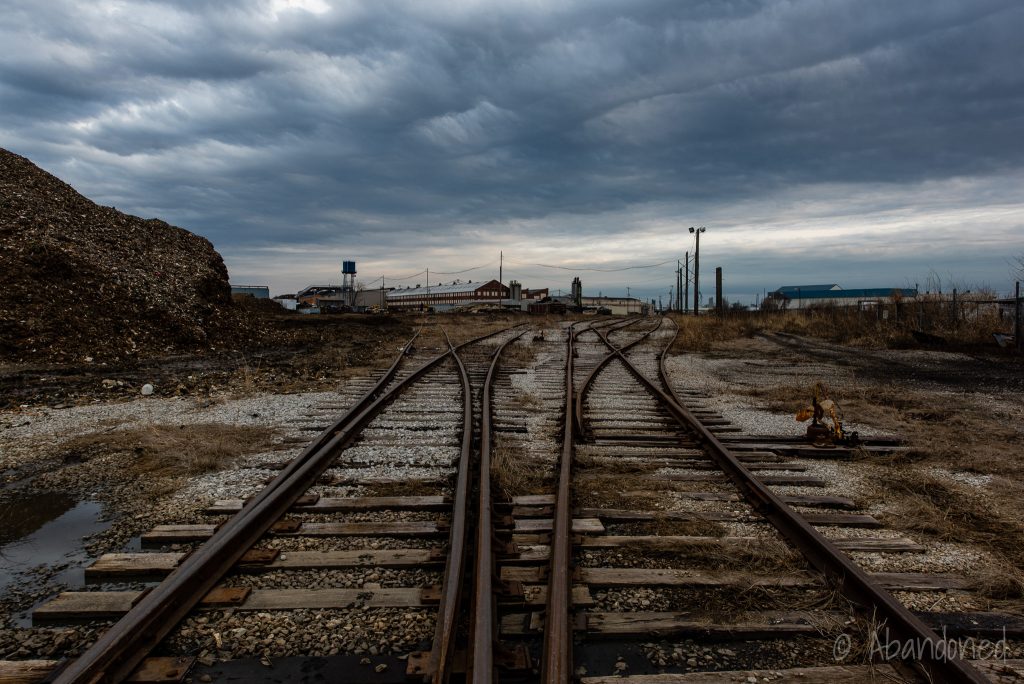 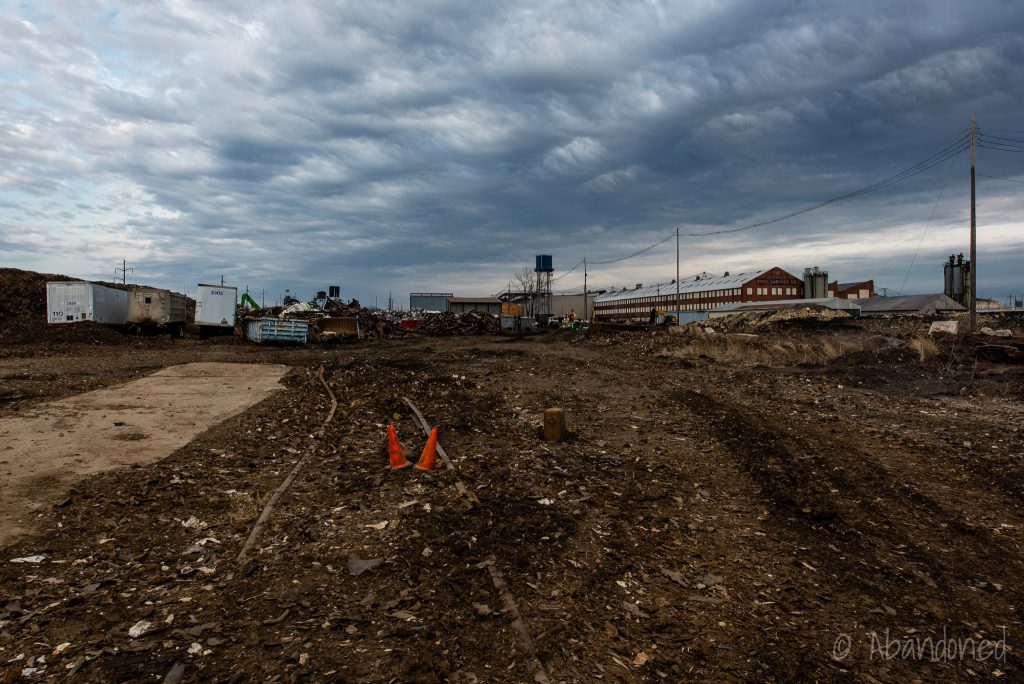 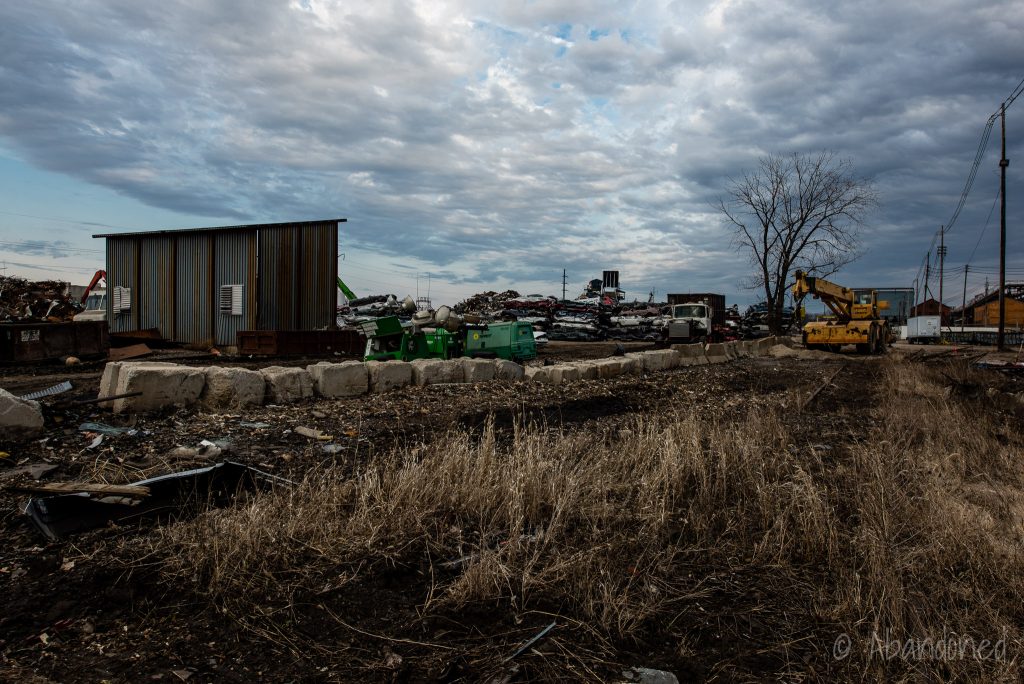 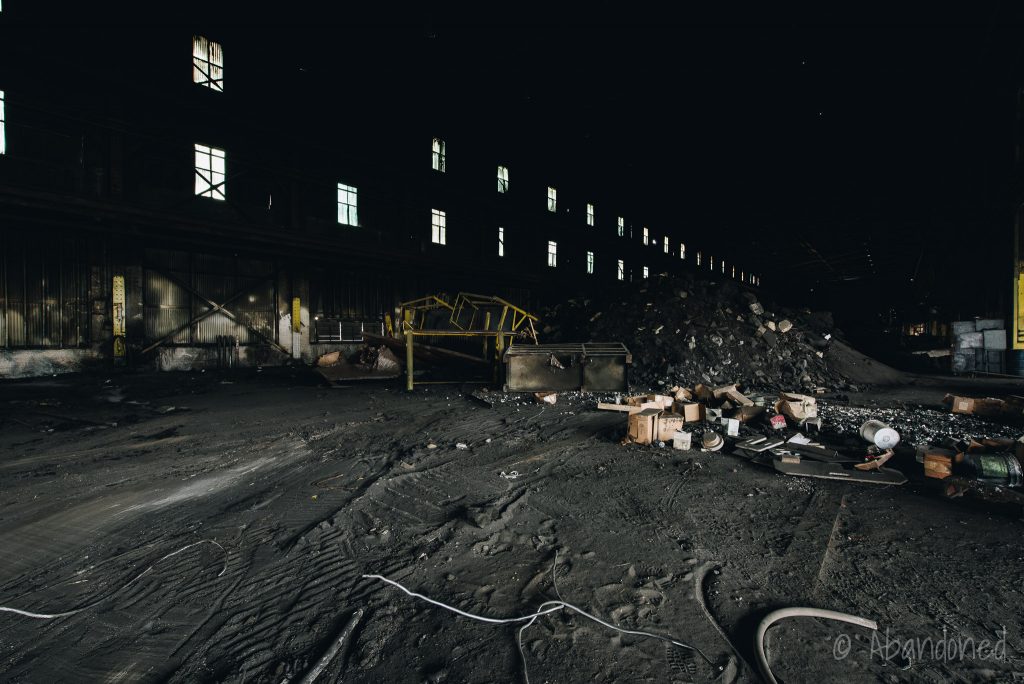 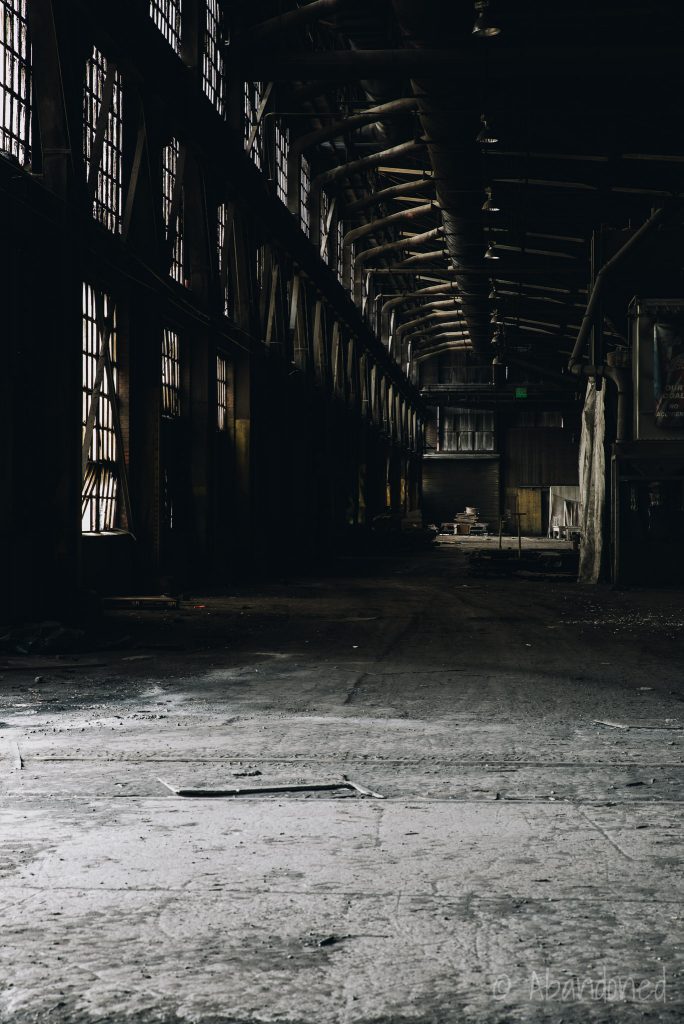 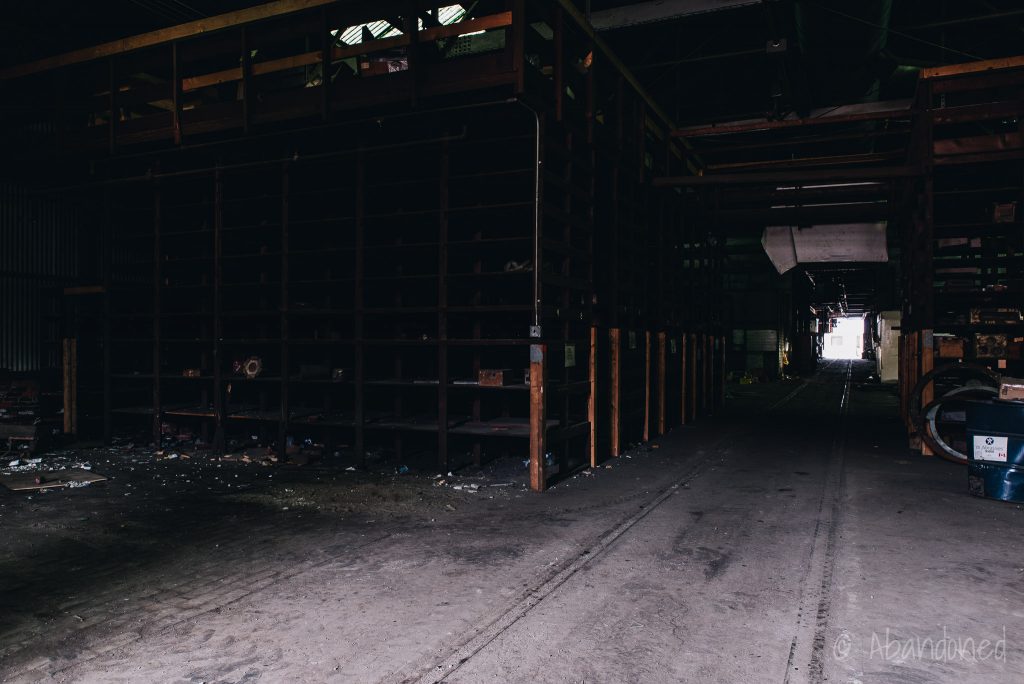 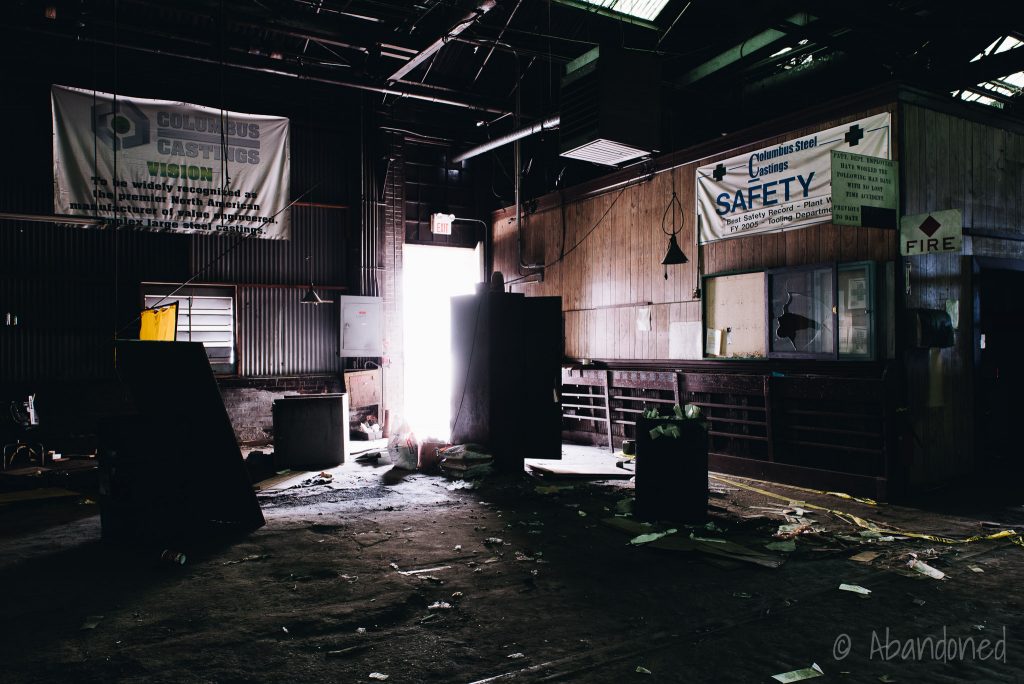 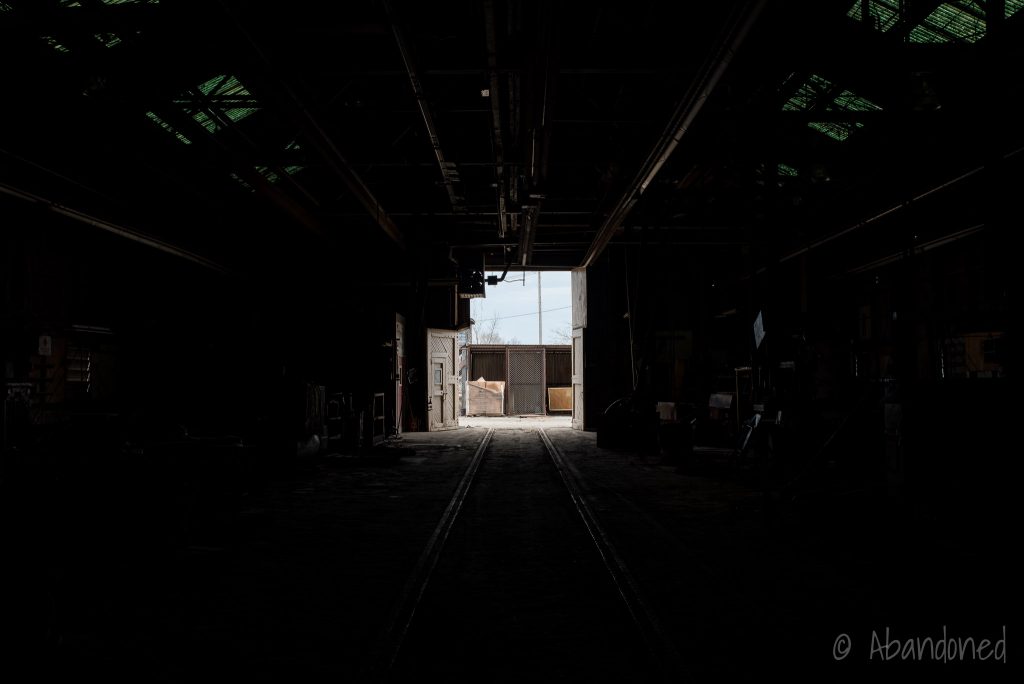 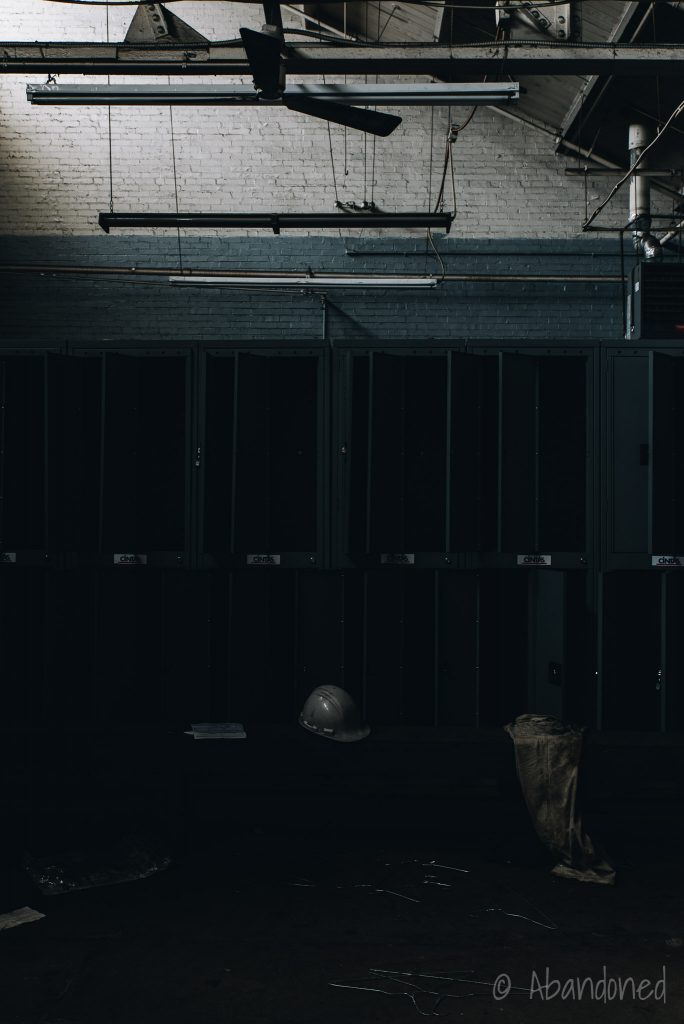