The Cargill Superior Elevator is an abandoned grain elevator along the Buffalo River in Buffalo, New York.

Buffalo businessman Edwin Husted and six others incorporated Husted Milling & Elevator in 1896 to extend their existing business of buying and selling grain and other commodities. 5 The company acquired 2½ acres of land on Prenatt Street (today’s 839 Elk Street) and the New York Central Railroad in June 1900 and constructed a wood crib-binned elevator and mill.

Husted expanded the operation by purchasing the adjoining Nickel Plate Transfer Elevator at 845 Elk Street. 5 Designed by the James McDonald Company, the elevator was the third concrete-binned elevator in the city and the first in the city to feature outer-space bins, in which the bins were behind straight curtain walls rather than convex quarter walls.

The business was renamed Husted Milling Company in August 1907. 5

A grain explosion in 1912 killed 32 employees and destroyed much of the complex. 5 Husted re-established operations along the Buffalo River and concentrated efforts on the transfer elevating and grain reconditioning business. The remains of the original buildings along Elk Street were sold to the Ralston Purina Company, which commissioned the A. E. Baxter Company to rebuild the circa 1907 concrete elevator and add a new concrete house with non-cylindrical bins. (The Ralston Purina complex was demolished in the early 1980s.)

In April 1914, the Nickel Plate Elevator Company changed its name to the Superior Elevator Inc. 5 In May, Husted Milling acquired lots 62 and 63 of the Buffalo Creek Indian Reservation from the Buffalo Creek Railroad and its lessees, the Erie and Lehigh Valley railroads, for the location of its new elevator. The location of the new lots was far removed from its former site on Elk Street, which was landlocked. 5 The new site gave access to a new means of transport via bulk carriers and access to the Buffalo Creek Railroad and had plenty of land to expand upon.

Husted Milling suffered from financial problems, including delays in insurance payments, and the sale of the remains of its original complex to Ralston Purina. 5 The company was forced to sell itself to the Superior Elevating Company in December. 1 5

The Superior Elevating commissioned the Monarch Engineering Company in February 1914 to design a reinforced concrete elevator with a capacity of 1½ million bushels on a plot of land along the Buffalo River. 1 5 Elevator A, which featured a single movable marine tower, was completed in June 1915 at the cost of $317,800. 5 A second marine tower was added at the cost of $22,000 in 1917.

Elevator B, also designed by Monarch, was constructed adjacent Elevator A in 1923 and was linked together with an integrated basement and bin floors, because of a 22° bend in the Buffalo River, it was served with a set of independent marine towers. 5 The approximate one million bushel capacity tower cost $275,000 and featured the city’s first mushroom-headed basement columns rather than pyramid-headed pillars.

Elevator C was designed by the A. E. Baxter Engineering and constructed by the James Stewart Company in 1925 at the cost of $250,000. 5 It had an approximate one million bushel capacity. In total, Elevators A, B, and C had a capacity of 3.7 million bushels. 3

Superior Elevating faced a weak agricultural market for much of the 1920s and was unable to repay its creditors. 5 After Husted retired from day-to-day operations in 1925, the company was re-established as Premier Elevator Corporation. The paper-only company existed only to raise money and pass on new business activities without the burden of past debts and lasted just one day before being reincorporated as Superior Elevator.

Superior Elevator was re-established as a subsidiary of the Superior Forwarding Company in April 1929. 5 The new company was able to secure a mortgage on Superior Elevator, which was used as collateral to underwrite the principal and interest on bonds that the company wished to issue. The mortgage did not generate sufficient cash flow for the company. The futility of Superior Forwarding, a paper company that was overextended with loans and devoid of any substance, mirrored that of many other corporations that led to the collapse of the stock market and the beginning of the Great Depression.

The company was auctioned on August 30, 1929, but Superior Forwarding was the only bidder, placing a $2.35 million bid. 5 As it had no funds to pay old creditors, Superior Forwarding was dissolved on October 31, 1930, only to be reincarnated as the Superior Elevator & Forwarding Corporation (SE&F) in December. The company, unlike its past incarnations, could not use its own funds or property for the purpose of its own capital stock due to newly passed legislation to curb rampant speculation.

SE&F, through a foreclosure action, took control of the Dakota and Great Eastern elevators in 1932. 5 In the spring of 1939, the company sold its flagship elevator, Superior Elevator, to international grain trader Cargill who used it as a transfer point between bulk ships along the Great Lakes and railroad lines. 3 SE&F continued on as a passive investment firm until October 1946. 5

Cargill acquired Superior Elevator as a stopgap measure as the company complained about the area’s high wages, the presence of strong unions that it strongly disliked, and the state’s tax rates. 5 But the disdain for the region was muted as it offered the holding capacity to hoard grain until prices improved, fast railroad routes to eastern port cities and a rapid turn-around delivery time to New York City.

With the advent of World War II, the demand for grain exports kept commodity prices high. 5 The postwar agricultural boom in the United States, partly because of the devastation of farming in war-torn countries abroad and vast improvements in agricultural science, led to even higher prices that Cargill capitalized on. Between 1955 and 1965, the company’s sales boomed from $800 million to nearly $2 billion.

Grain trading and shipping dominated Cargill’s daily operations through the 1950s, partly because of the passage of Public Law 480 in 1954 and the creation of the Commodity Credit Corporation (CCC). 5 Public Law 480 helped the federal government dispose of the postwar agricultural glut by opening new markets for private grain sales; the CCC was the avenue in which excess grain production was purchased by the government with federal dollars to keep commodity prices elevated. The CCC essentially became the source in which Cargill could contract to store those surpluses for a fee, paid for by the government.

Owing to a commodity price decrease, Cargill mothballed Superior Elevator between February 1962 and July 1963. 5 The reopening coincided with a new 10.9-million-bushel CCC allotment of surplus grain to Buffalo, but Superior received none of the allotment as Cargill had reserved the elevator for its own commercial grain reserves.

The St. Lawrence Seaway, a system of locks, canals, and channels, was constructed between 1954 to April 25, 1959. Its completion allowed ocean-going vessels to travel from the Atlantic Ocean to the Great Lakes of North America. Prior to the completion of the Seaway, goods heading westbound to Chicago, Detroit, and other Midwest markets traveled first to Buffalo via the Erie Canal or by rail before being loaded onto ships for passage via Lake Erie. 2 Grain by the boatload made the return trip, to be stored in storage elevators, ground into flour and other finer materials, and hauled to the Atlantic Seaboard either by the Erie Canal or by train.

By the close of the 19th century, Buffalo had become the largest lake port and grain-milling center in the nation, and the second-busiest railroad hub after Chicago, 2 with the city boasting more than 50 grain storage units along Lake Erie, the Buffalo River, and inner and outer harbors. 4 Those were steadily replaced by reinforced concrete elevators with far larger capacities and by 1931, Buffalo featured 38 elevators with a total capacity of 47 million bushels of grain.

Buffalo, then the largest inland port in America, was predicted to become one of the world’s largest ports, open to ships from every continent. 2 The city anticipated success from the Seaway, much like what occurred after the Erie Canal opened in 1825. A city directory from 1836 bragged about the Great Lakes importance to the region as much of America’s trade flowed through the city. Railroads supplanted the canal by the 1870s, but the waterfalls in and around Niagara Falls blocked any passage to Lake Ontario and the Atlantic Ocean. Demographers saw the Buffalo metropolitan area explode from 1.2 million people in the mid-1950s to three million by 2000.

Planning to transform the St. Lawrence River into a deepwater link between the Atlantic Ocean and the Great Lakes began with a joint commission between the United States and Canada to study the possibility in 1895 and again in 1909. 2 The idea was panned by leaders in western New York who feared the destruction of Buffalo’s industrial base.

Canada completed the Welland Canal across the Niagara peninsula in 1932, which provided the first step in completing the St. Lawrence Seaway. 2 Three events paved the way for the Seaway’s construction start in 1954:

Buffalo was not prepared for the opening of the St. Lawrence Seaway in 1959. 2 There were no deepwater ports for the massive ships that barreled down the new Seaway, and many shippers opted to bypass the city to unload good at ports closer to the Midwest. The Port of Buffalo, which had handled 24 million tons of cargo in 1957, dropped to 16 million tons by the mid-1960s, and just nine million by the 1970s. Bethlehem Steel’s decision to close its regional steel mill in 1982 eliminated nearly all of the Port’s traffic.

With the Seaway effectively bypassing Buffalo, Cargill could abandon its western New York operations except for winter storage when the Seaway was closed. 5 The company was also beginning to lose its preferential railroad rates to port cities along the eastern seaboard which made winter storage too costly in Buffalo, and thus it was no longer beneficial for Cargill to trade shorter delivery times to New York City for increased costs.

Cargill rented entire trains from railroads to give it the ability to transport grain directly from Midwest ports to the eastern seaboard without stopping in Buffalo. 5 By the 1970s, Cargill’s SUperior Elevator operations were moribund as the company was unable to sell it; it eventually refused to pay taxes for the idled facility. When Superior Elevator was put up for auction in 1982, Cargill re-acquired the property for substantially less than what it owed the city and county in back taxes. The company sold the elevator to the Bauer Corporation of Fort Collins, Colorado in 1985.

Despite receiving tax-exempt status from the city, Bauer never reopened Superior Elevator and it was later abandoned. 5 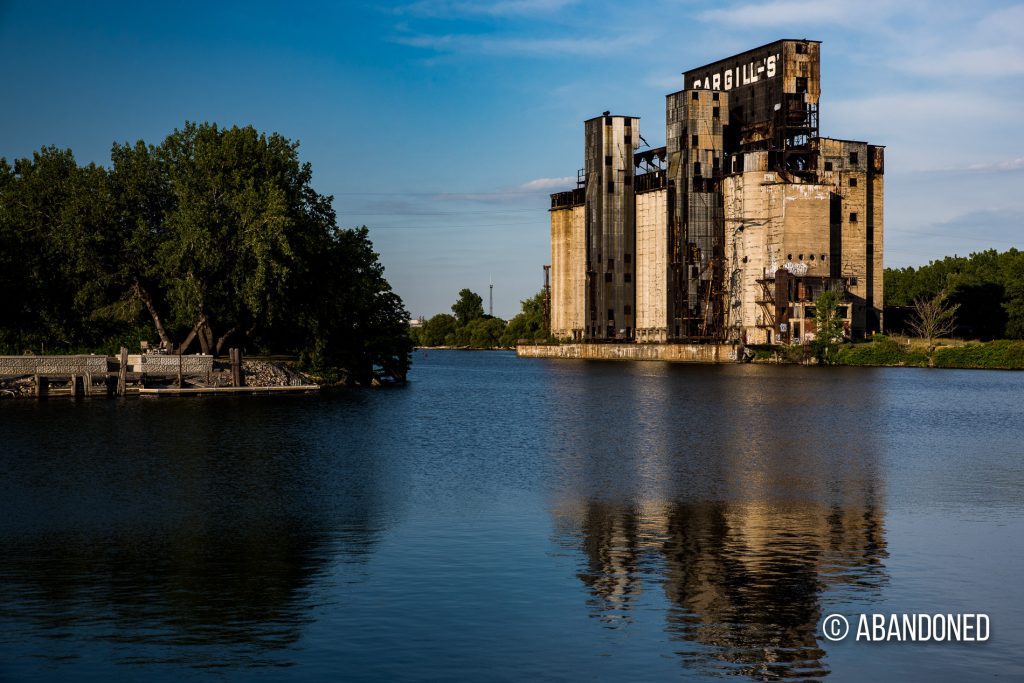 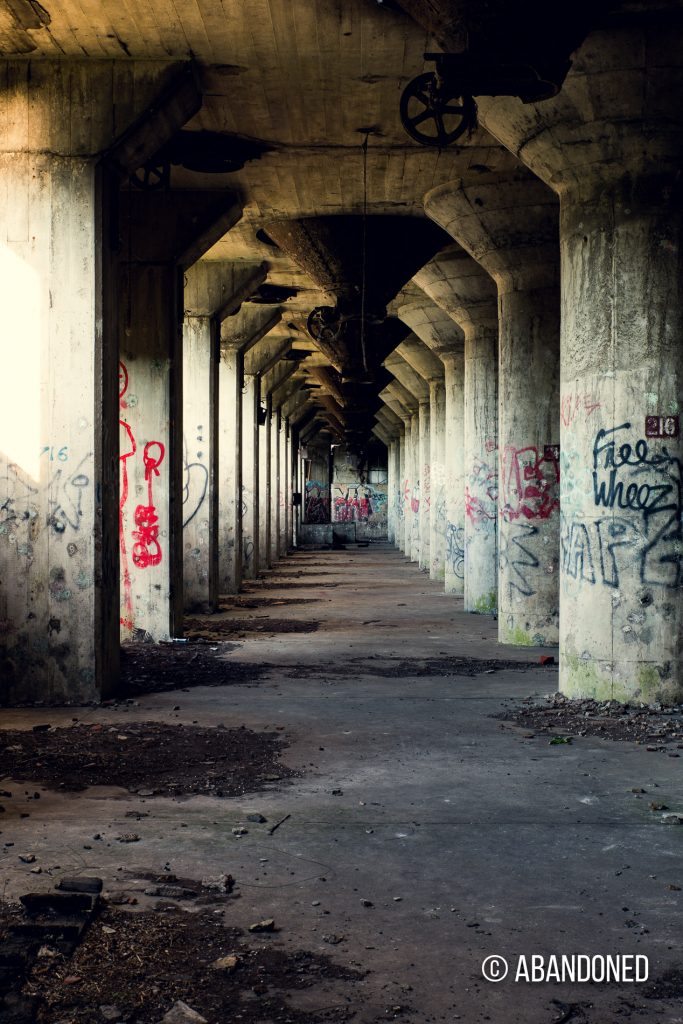 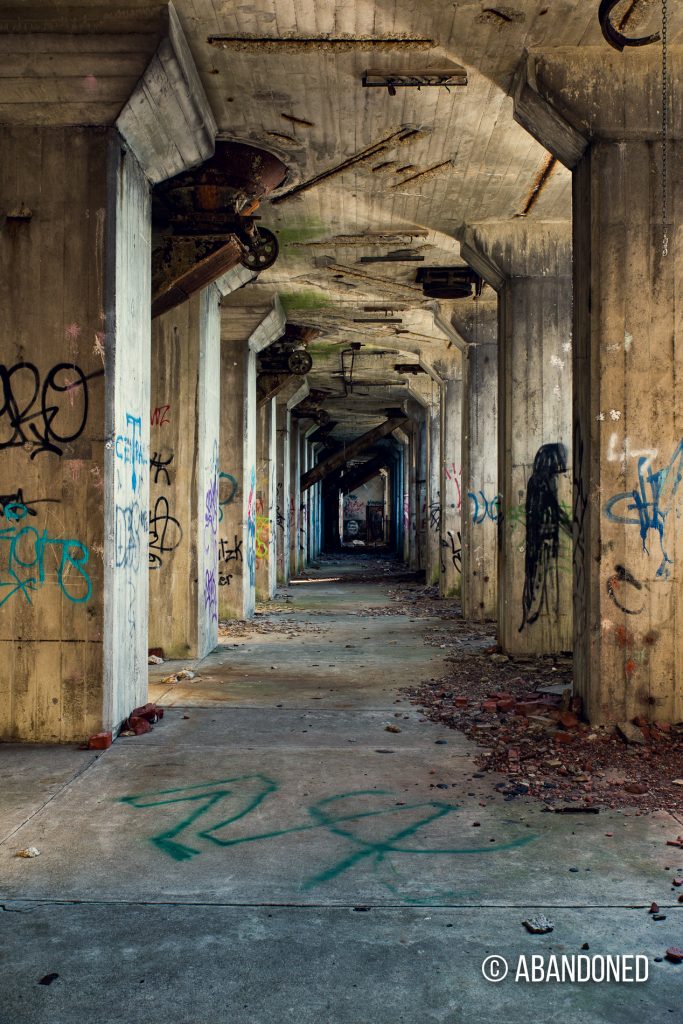 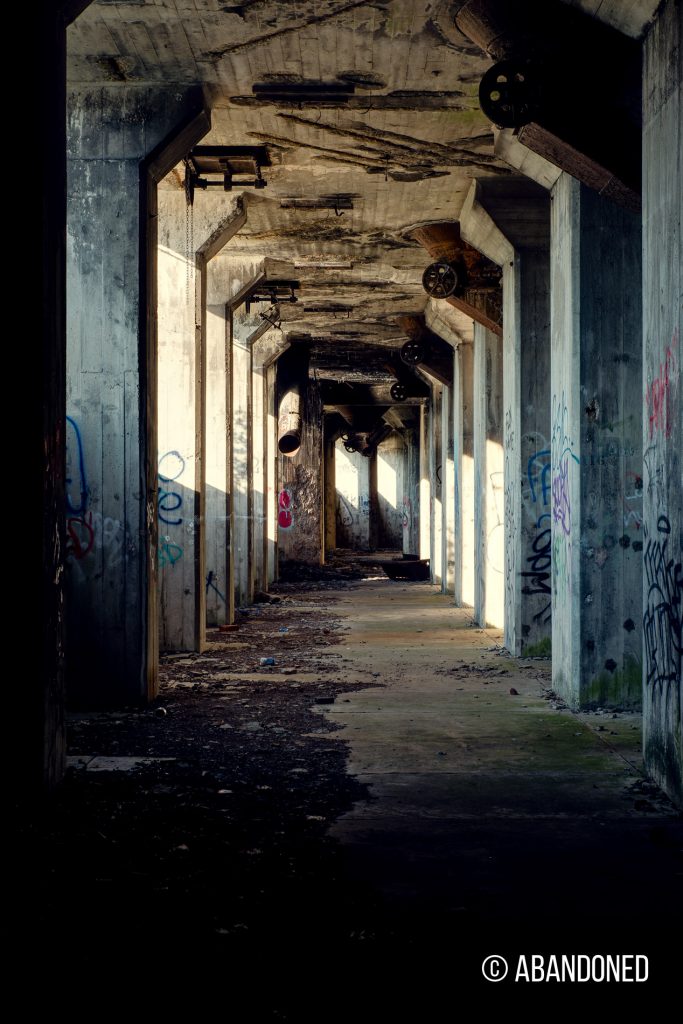 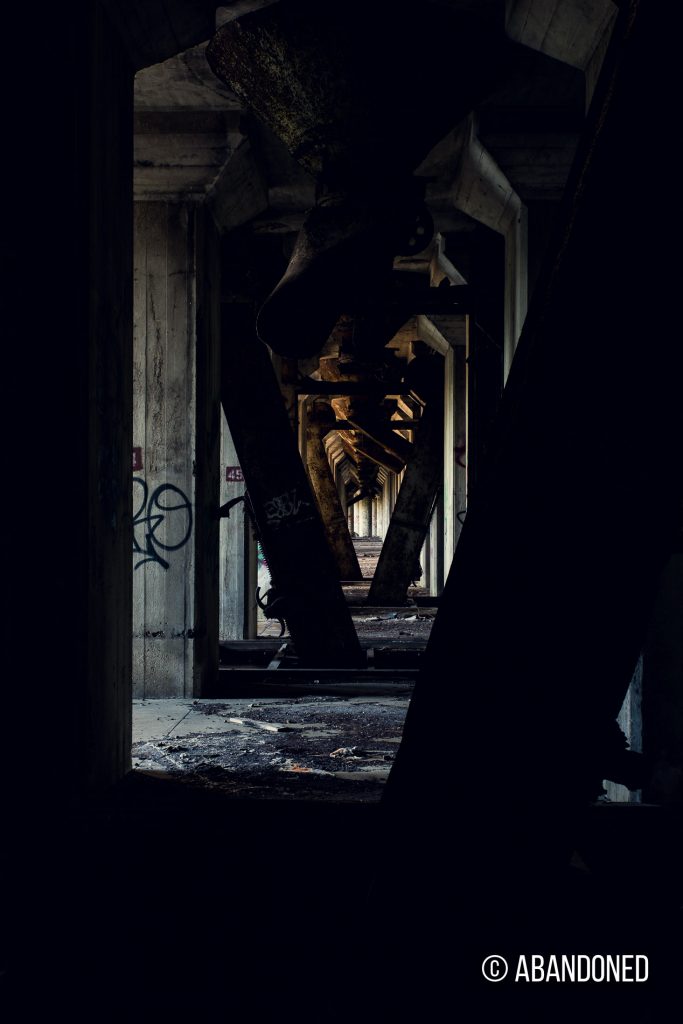 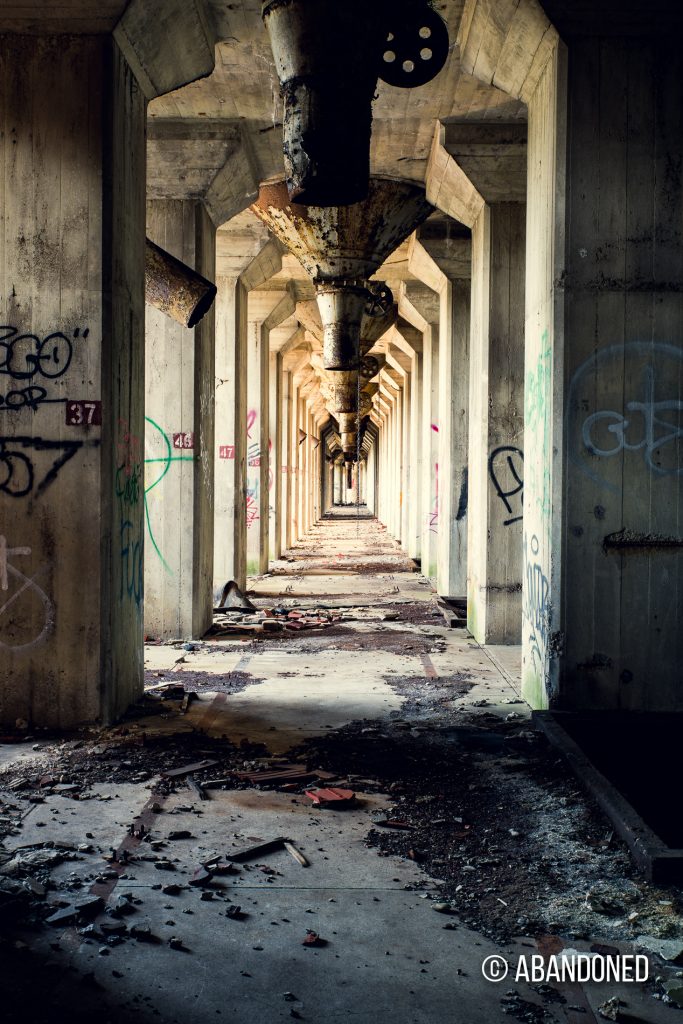 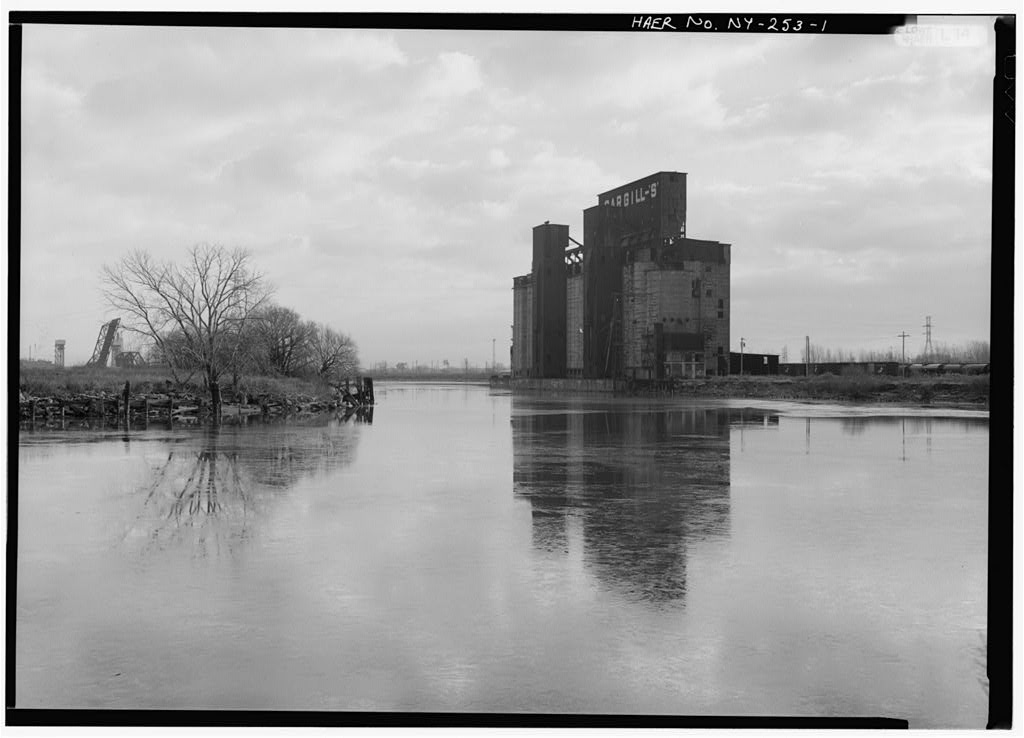 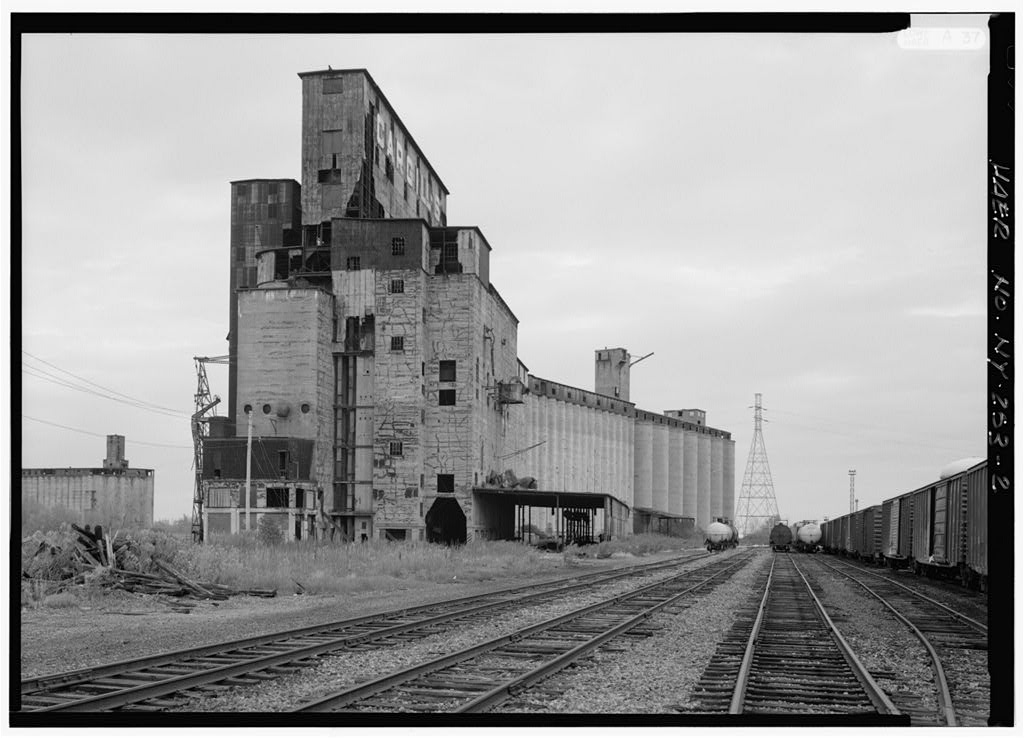 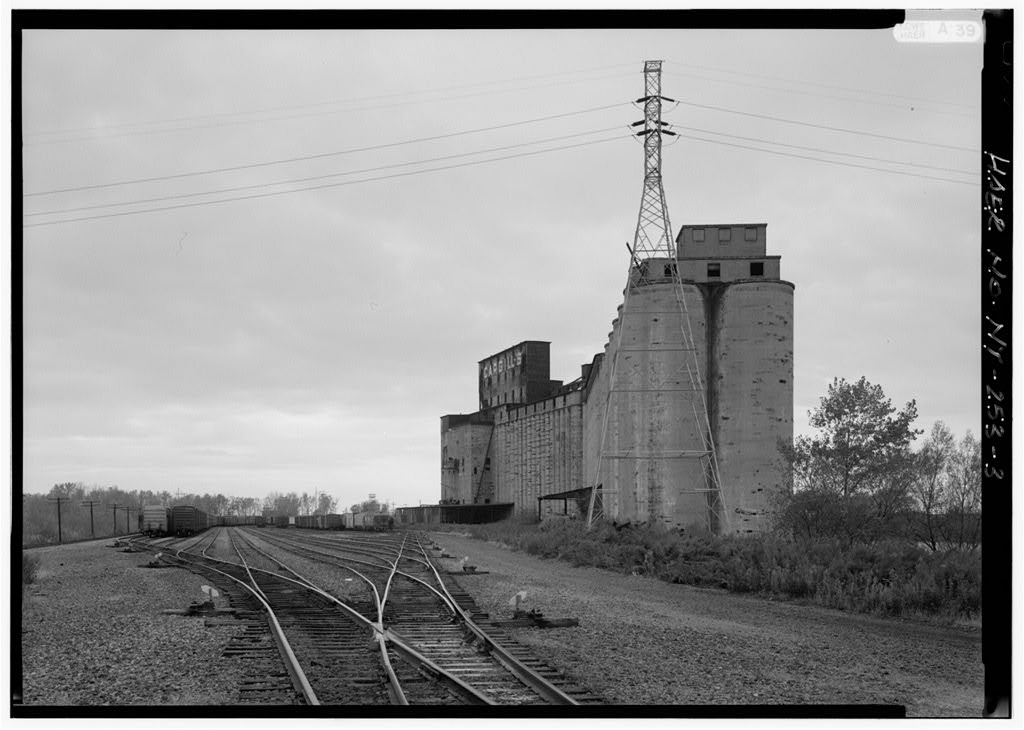 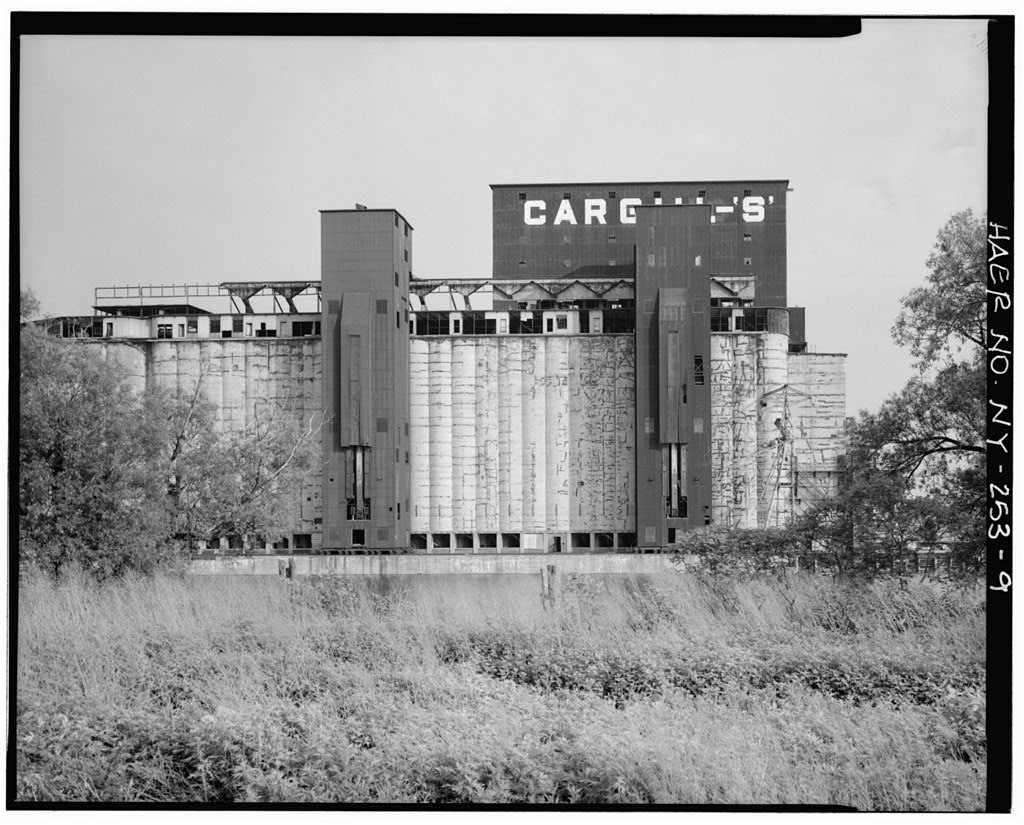 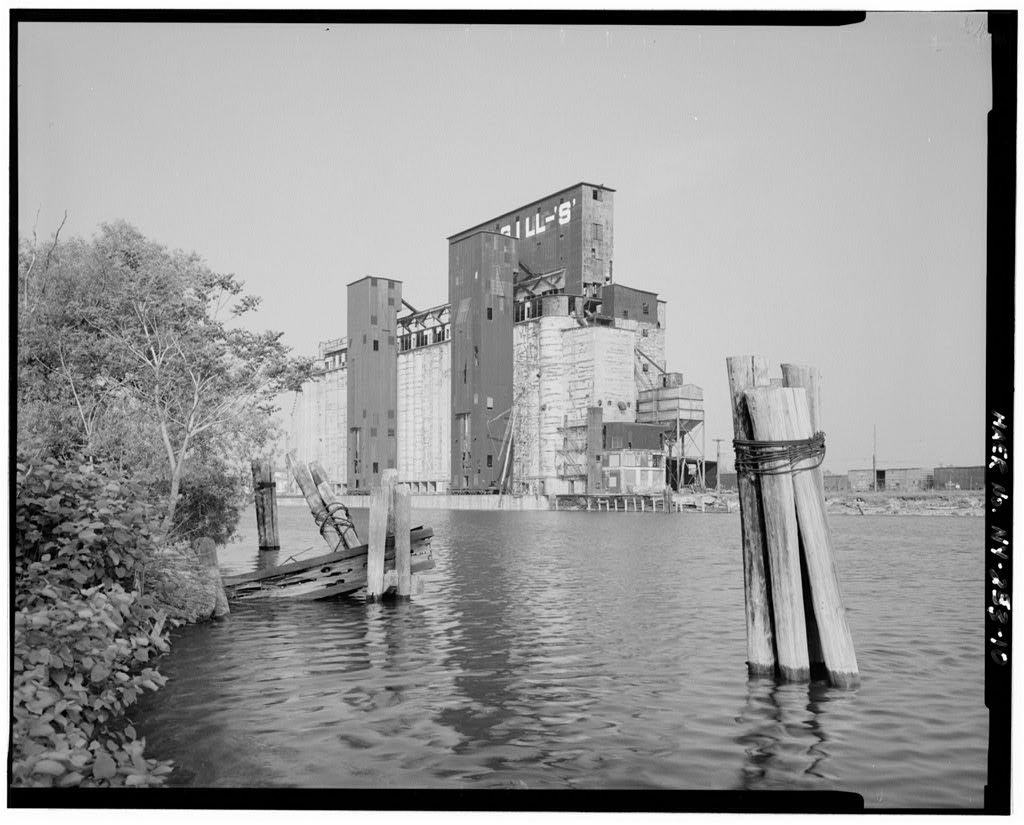 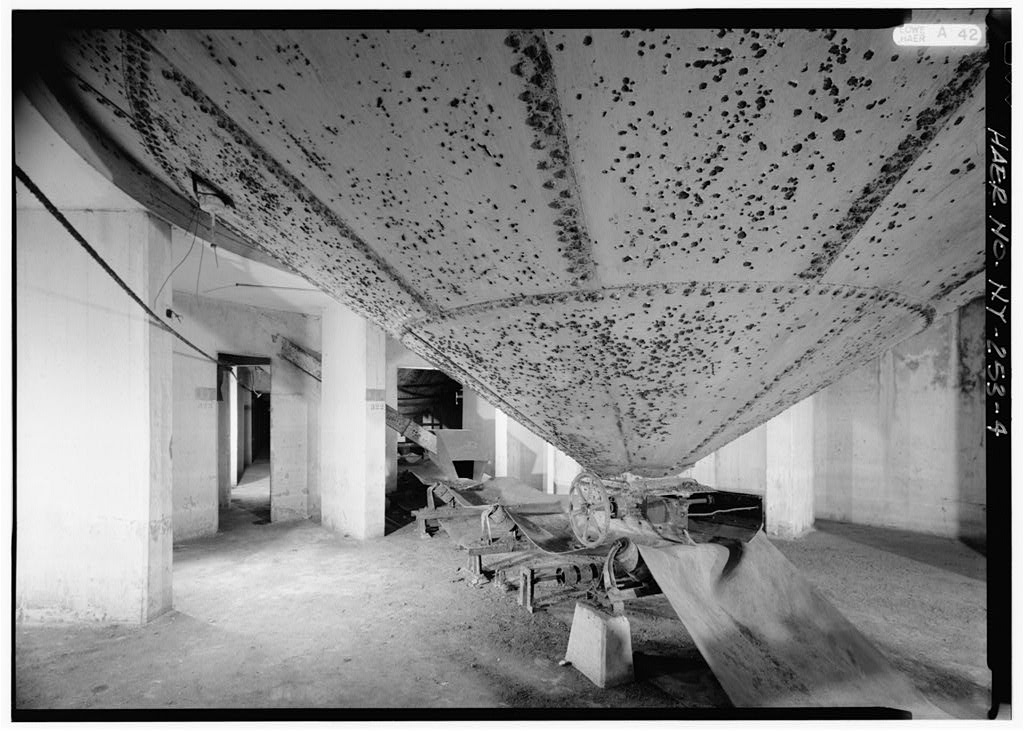 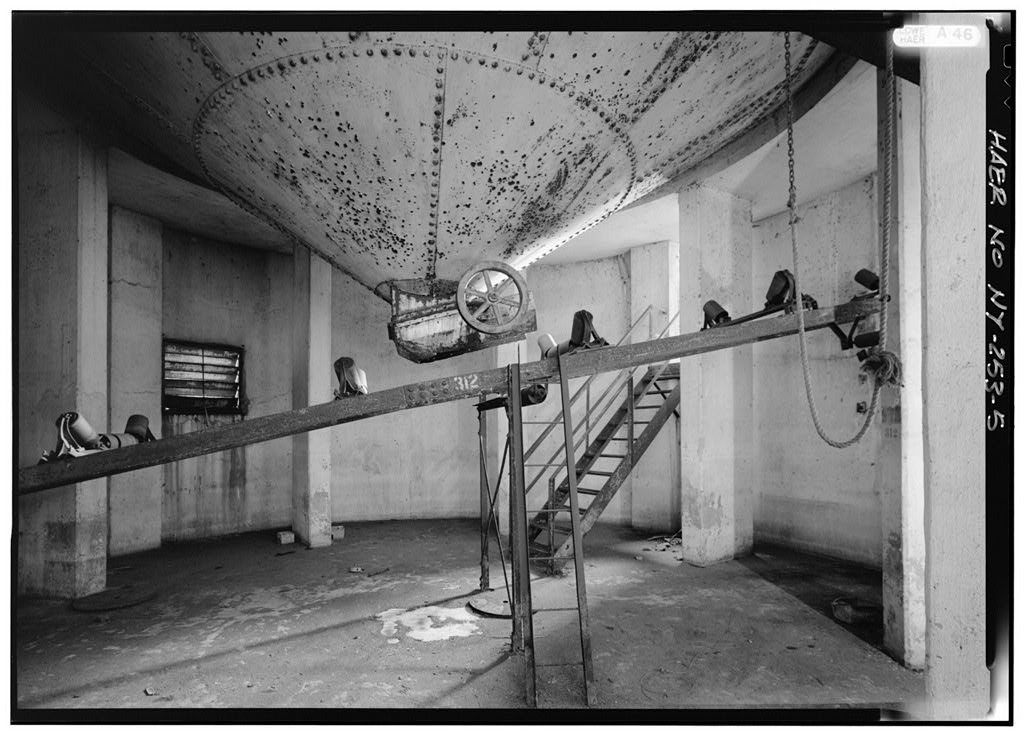 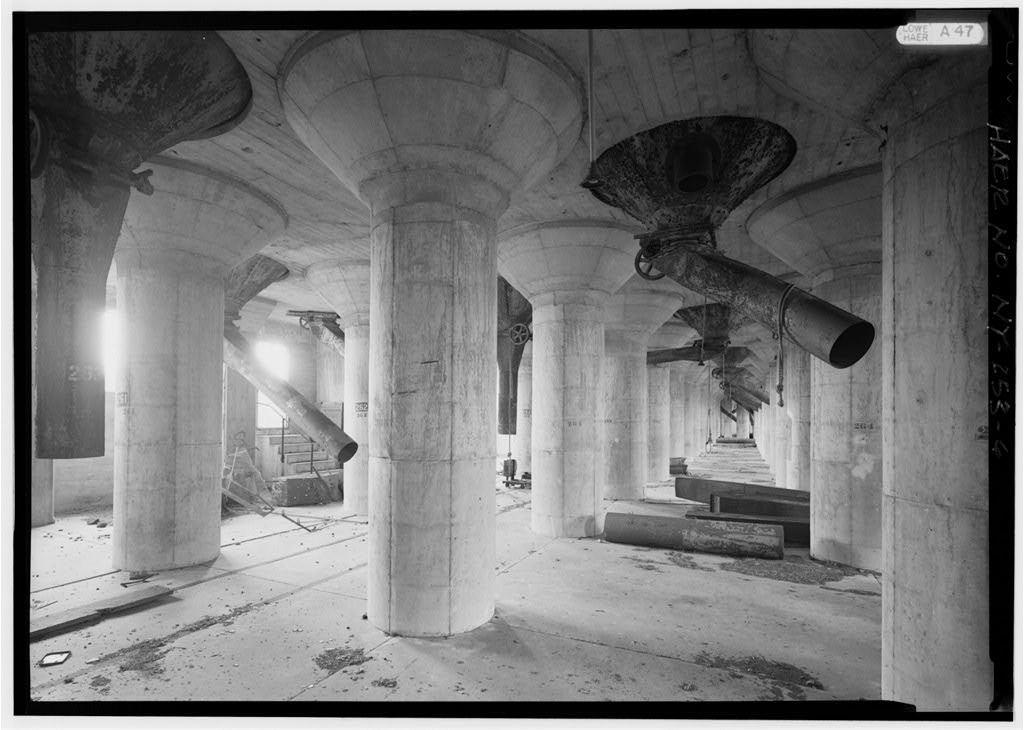 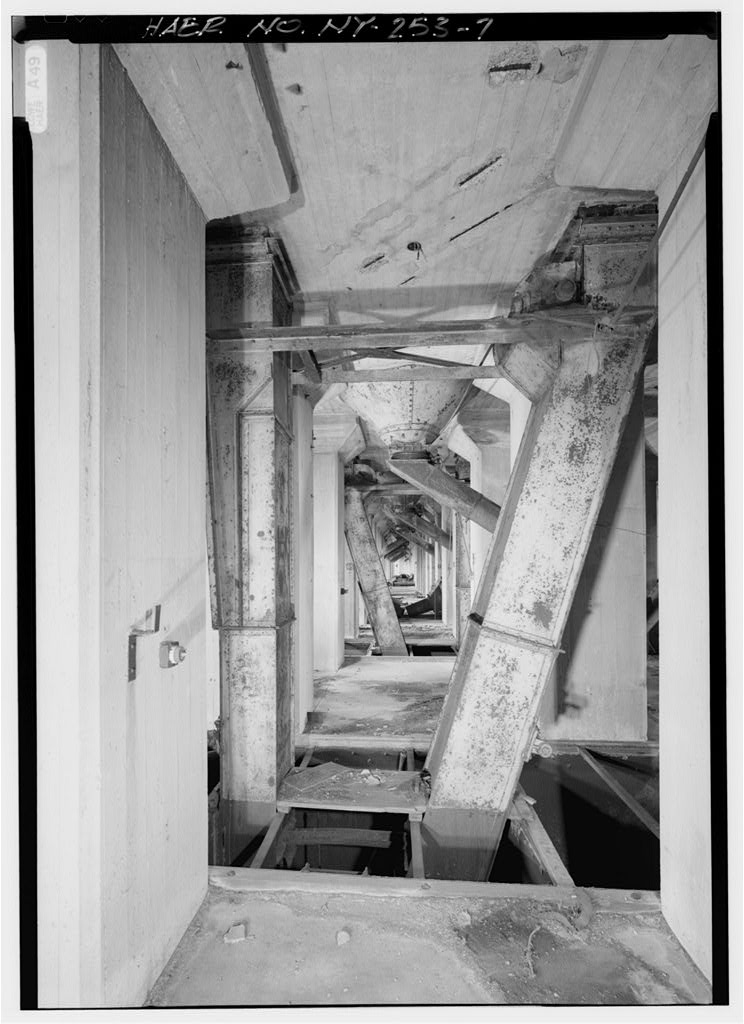 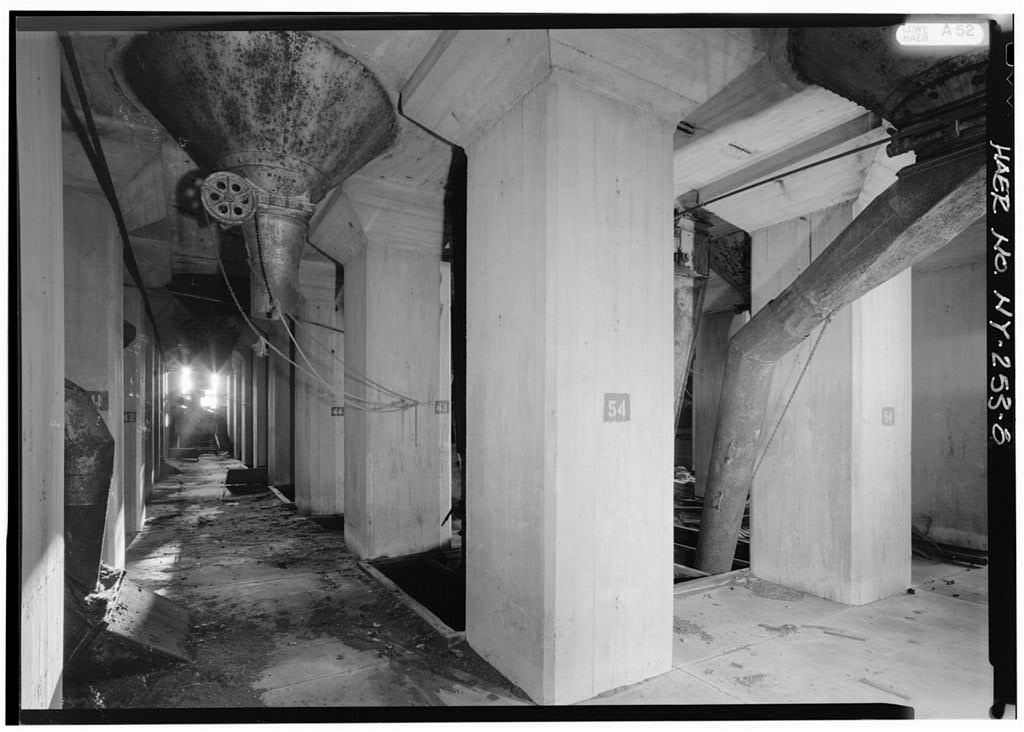