Castle Knoll is the former home of industrialist and politician Phineas P Mast in Springfield, Ohio. It later became a Knights of Pythias nursing home that relocated in 2006.

Phineas P. Mast was born in 1825 in Lancaster County, Pennsylvania, and came to Clark County, Ohio in 1830. 1 He later formed a partnership with John H. Thomas, formed the Thomas & Mast Company, and began manufacturing agricultural equipment. He bought out his partner in 1871 and established the P.P. Mast & Company. Mast also founded the Mast-Foos Manufacturing Company in 1876 and produced engines, pumps, plows, and mowers, and the P.P. Mast Buggy Company.

Mast hired John S. Crowell to start the Farm and Fireside magazine in October 1877, which promoted agricultural interests. 1 The firm was known as Mast, Crowell & Kirkpatrick by 1883, and had acquired Woman’s Home Companion and other publications. (The company later became the Crowell-Collier Publishing Company, the largest publisher in the nation.)

Mast then desired a home fitting for his status as an industrialist and sought out acreage on the highest knoll in the area. 1 3 He hired Lon Krider and Charles Cregar in 1881 4 to design a residence modeled after a castle in Italy that he had admired during his travels to Europe. 3 He hired 29 Italian emigrants to build the stonework and woodwork for the residence, modeled after a castle in Italy that Mast had admired during his travels in Europe. Mast also brought on A.H. Mittendorf, a well-known woodworker from Dayton, to hand carve and build the interior woodwork. The first two floors were dedicated to Mast’s living quarters, while the third floor was a ballroom. The first and second floors featured coal-burning fireplaces, each with its own style of a mantel and mirror, and imported stained glass from France.

Home for the Aged

In October 1915, 1 the Grand Lodge Knights of Pythias of Ohio purchased Castle Knoll from the heirs of the Mast family and rededicated it as a home for the aged for their fraternal order. 1 3 Over time, several buildings were added as the nursing home expanded and included 98 residential rooms, 13 restrooms, six lounges, a central dining hall, and rooms for therapy and recreation. 3

The Knights of Pythias opened admission to the home for the aged to anyone in 1998. 3

Castle Knoll was acquired by Trilogy Health Services in August 2004 and soon developed plans to relocate the nursing home to a new location in order to provide assisted living and specialized care for early-stage Alzheimer’s patients. 5 On October 13, 2005, it broke ground on Forest Glen, a new $7.2-million nursing home on Middle Urbana Road on the city’s north side, to replace the aging and space constructed Castle Knoll. It opened in December 2006. 6

The Turner Foundation purchased Castle Knoll in 2007 as it was being threatened with demolition. 4 The Foundation intended to save the Mast residence but not the nursing home additions, which were not historic.

In 2011, the Foundation received a $167,000 state grant to remove asbestos from the property, and in July 2015, work began to tear down the extensions, which was completed by the end of the month. 4

Castle Knoll was recognized in 2015 as one of the 100 most representative works of architecture in the state as the building represented one of the most important works of the aesthetic movement. 4 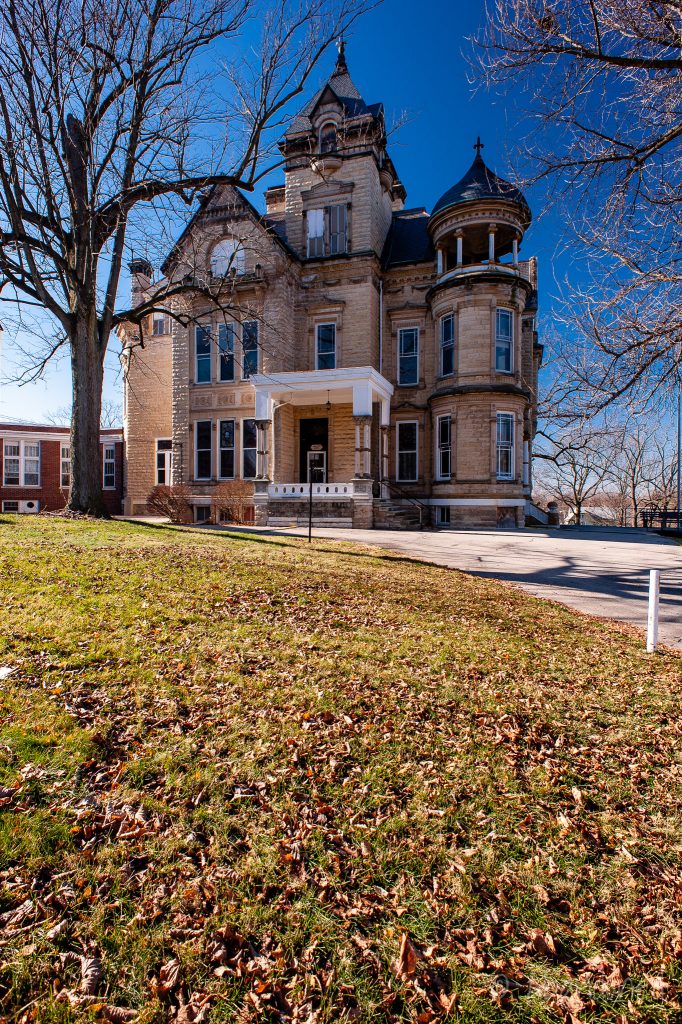 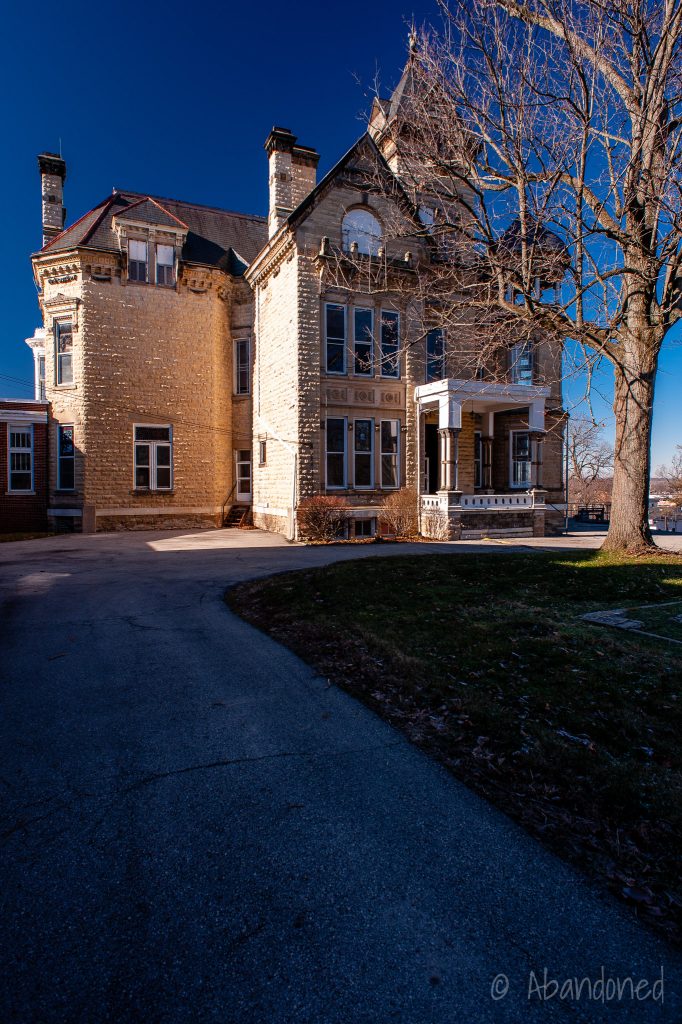 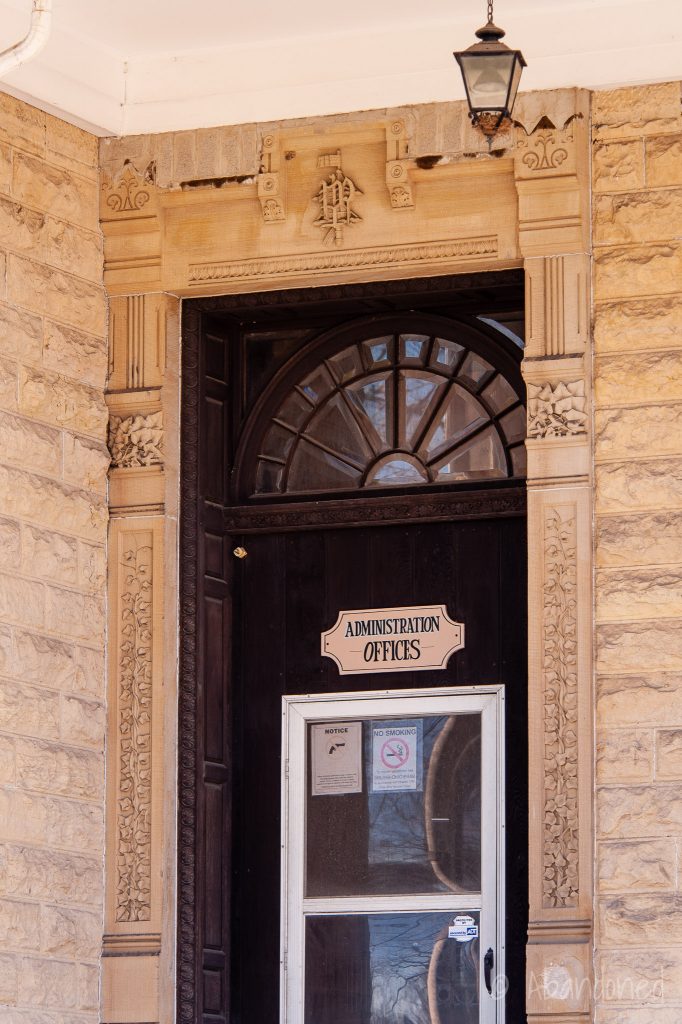 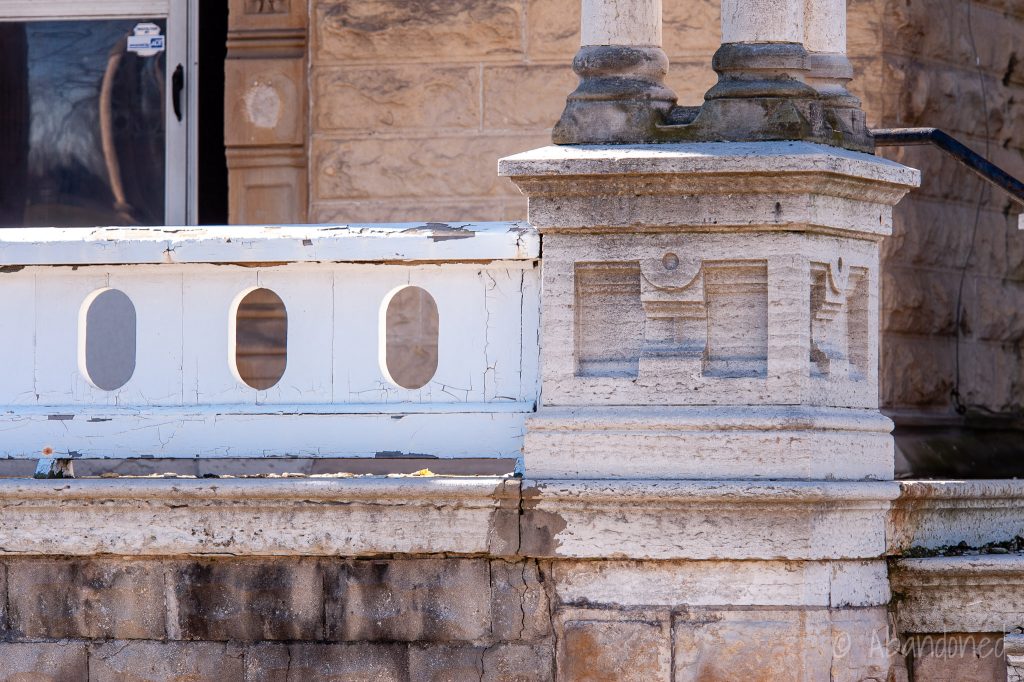 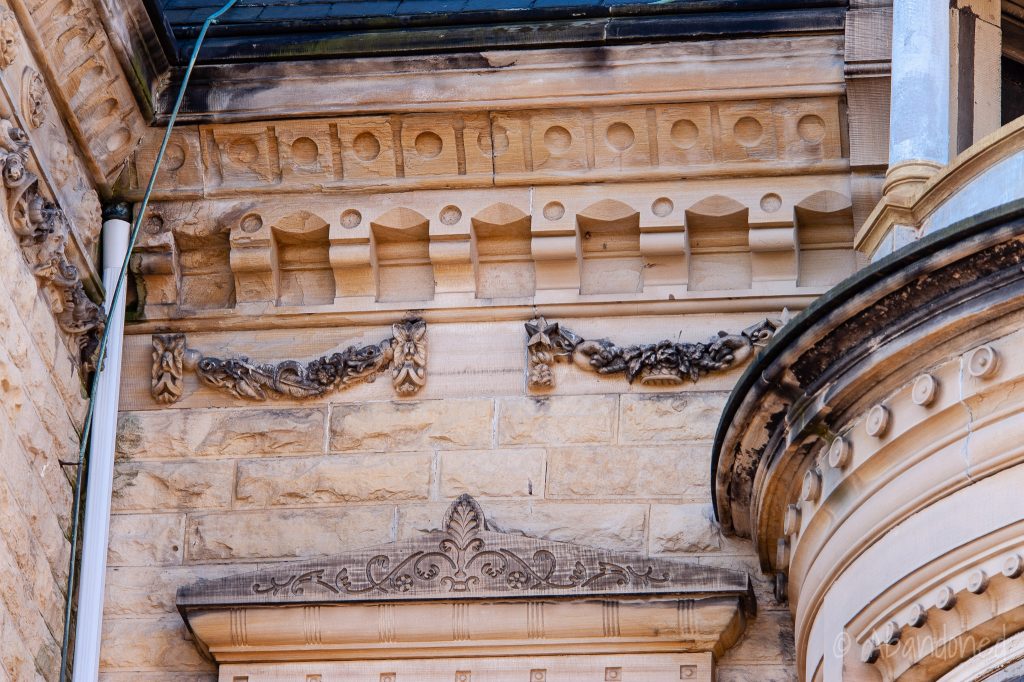 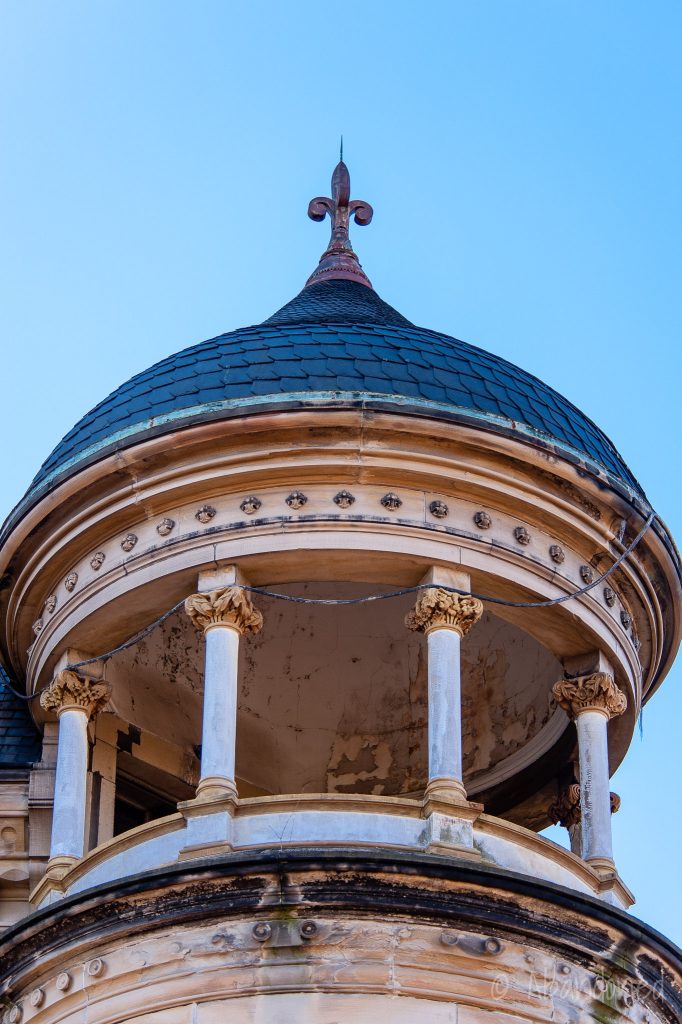 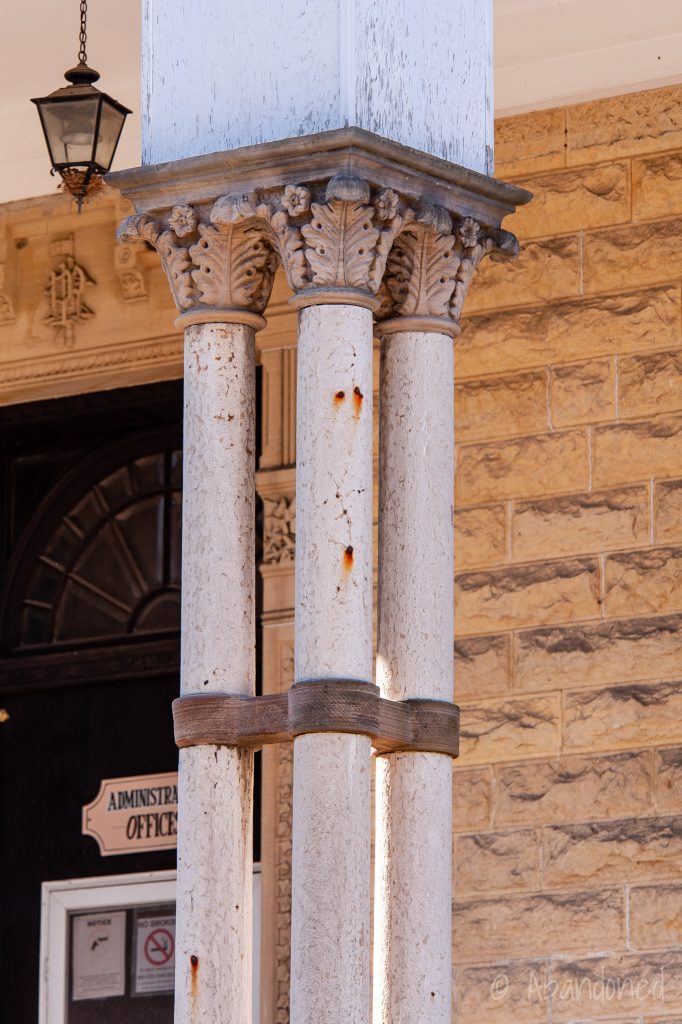 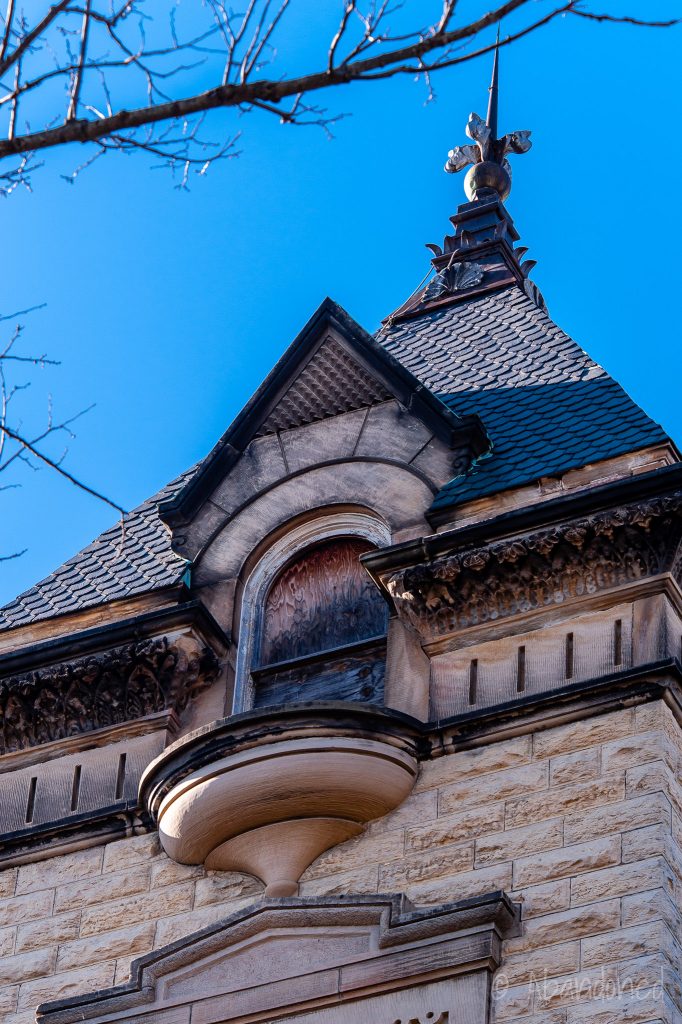 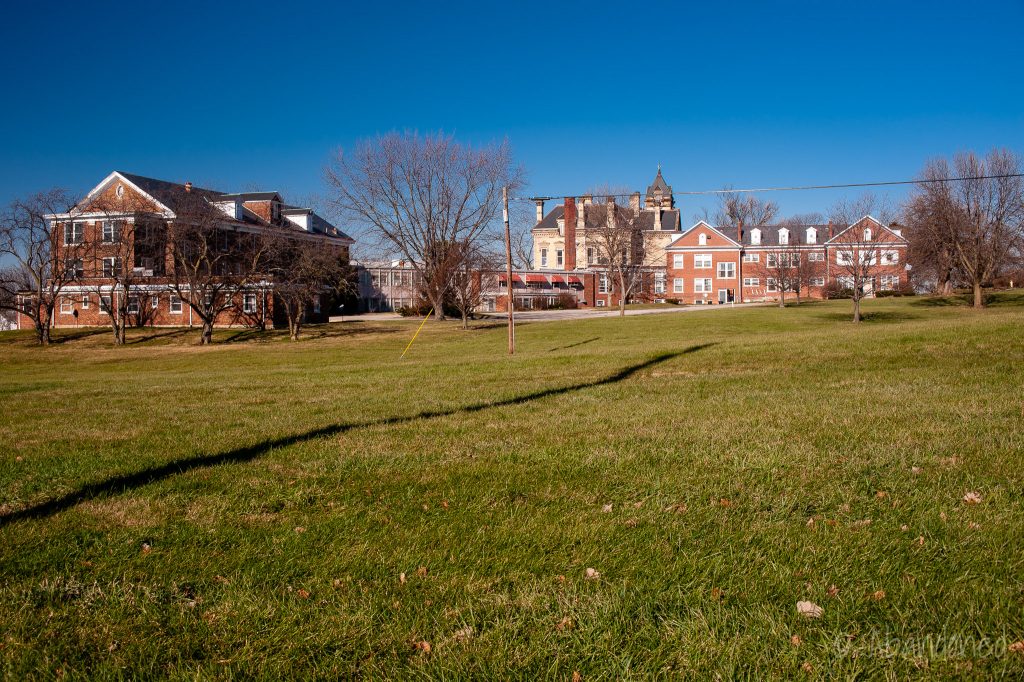 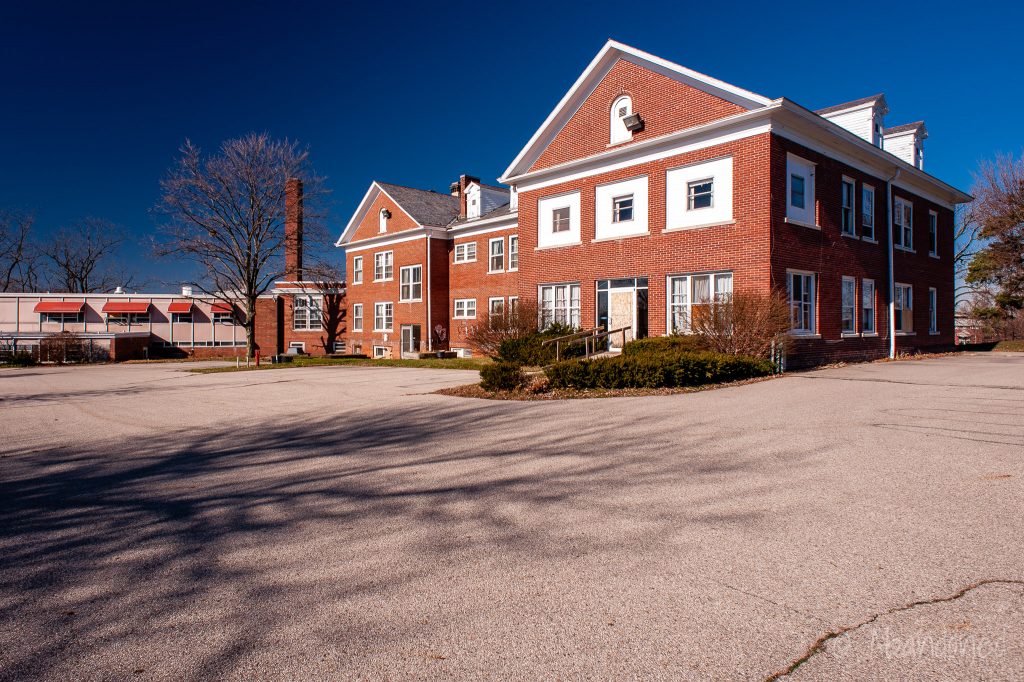 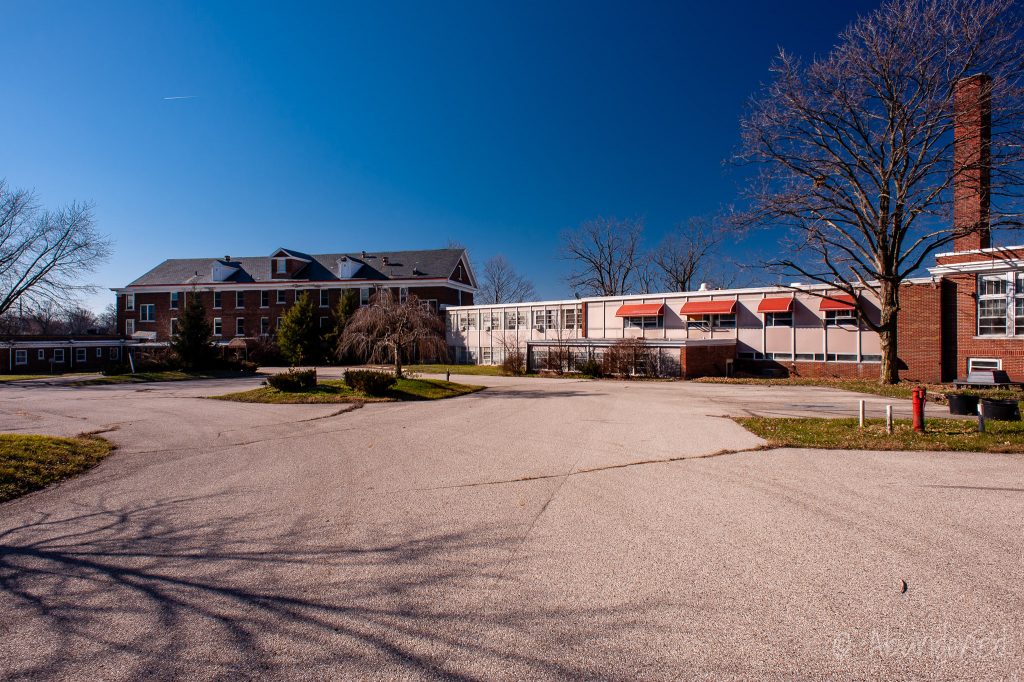