The Gold Seal Winery is an abandoned winery complex in New York. It was listed on the National Register of Historic Places in November 2010.

Grapevines were first introduced to the Finger Lakes region of New York in 1829 by the Rev. William Bostwick, whose father-in-law gave the young couple the vines as a gift in 1829. 1 Bostwick planted the Catawba and Isabella table grapevines, which had come from the Hudson River valley, in his rectory garden in Hammondsport. As the vines matured, he donated the cuttings to his parishioners.

The table grapes grew especially well in the Hammondsport region because of the acidic soil, the moderating effects of the lakes in the local climate, and good soil drainage. The grapes were shipped via the Crooked (Keuka) Lake to the Erie Canal and onward to New York City. 1 By the mid-1800s, vineyards had spread throughout the region and canal barges were transporting loads of up to 65 tons of table grapes to commercial distribution centers. It wasn’t until the 1860s that wine grapes were grown successfully in the region.

The Gold Seal Winery was established in 1865 by Clark Bell and Guy H. McMasters along Crooked Lake with a capital stock of $250,000. 1 It was the second bonded winery in the Finger Lakes region. 1 2 12 Wine grapes were planted on 225 acres the winery owned in what became the Bell and McMaster Vineyard. 1 Following the European tradition of building into a hillside for natural temperature control, a four-story Italianate styled structure was built that featured barrel-vaulted wine cellars in the basement, laboratories, and bottling facilities, and a wharf, warehouse, and steamboat landing were built along the lake. The winery included a brandy production line as all wine that was not fit for consumption was distilled into brandy. 3

Gold Seal hired Charles LeBreton as the superintendent of winemaking. 1 LeBreton, a native of Nantes, France, was a winemaker at Roederer Champagne Cellars in Rheims, France before coming to the United States. Under his direction, the winery developed its first champagne made from the Labrusca grapes native to New England, which was bottled under the Imperial label. By 1870, Gold Seal had produced 120,000 bottles of Imperial champagne and 50,000 bottles of wine. 1 Over 10,000 bottles of Imperial were sold within the year. 12

The winery was reorganized in 1881 as the New Urbana Wine Company. 1 At the time, Jules Crance, who was born in the Champagne District of France, joined New Urbana as the chief winemaker. Capitalizing upon Gold Seal’s many awards it had won at expositions and fairs, the company applied for the Gold Seal trademark and discontinued the use of the Imperial label in 1887. 1 12

The company prospered until the passage of the National Prohibition Act on January 16, 1919, which prohibited the production of alcohol. 1 12 Most wineries went out of business, but New Urbana reorganized as the Gold Seal Products Company and produced sacramental wines for churches and wine for tonic medicines that were sold to Smith, Kline, and French Pharmaceuticals. It was later granted a permit to make champagne for sacramental purposes.

After Prohibition was repealed on December 5, 1933, 1 the company was reorganized as the Urbana Wine Company. Edwin Stewart Underhill, Jr., president of the winery, recruited Charles Fournier from the Veuve Clicquot Ponsardin in Rheims, France to serve as Urbana’s winemaker and production manager. 1 Fournier introduced several notable French-American hybrid grape varieties, such as the European Vitis vinifera grape, and pushed for the production of champagne. Fournier, with Russian-born winemaker Alex Brailow, experimented with fermentation processes aimed at producing sparkling wines from Labrusca grapes. 1 The Charles Gournier Brut Champagne was introduced in 1943 and received a Gold Medal at the San Francisco State Fair in 1950. It was the first time that a New York state champagne received such an honor.

All of the stock in the Urbana Wine Company was sold to a group of businessmen from Buffalo and Hammondsport in January 1951. 1 Fournier was made the president of the company who brought in Dr. Konstantin Frank to help advance the effort to grow traditional European grapes in the Finger Lakes. 1 To do so, they brought native American rootstock from Quebec to plant and graft with the existing European grapes, which allowed the vines to grow in a colder climate and be resistant to phylloxera louse, grape lice that had decimated vineyards worldwide.

In 1956, Urbana Wine was sold to a San Francisco concern headed by Louis Benoist, president of Almaden Vineyards, 12 and the winery was renamed Gold Seal Vineyards in 1957 1 12 before being sold in 1958 to a New York City group headed by Paul Schlem and Arthur Brody. 12 At the time, Gold Seal was one of the largest and oldest champagne cellars in the nation with a capacity to house three million bottles of champagne and 750,000 gallons of still wine. 1 Gold Seal was sold to Joseph E. Seagram & Sons in 1979, which continued to operate the facility under Gold Seal. 1 11 Seagram & Sons then acquired nearby Taylor Winery from the Coca-Cola Company in September 1983. 11

With Gold Seal and Taylor both operating under capacity, Seagram & Sons moved Gold Seal Winery’s operations to Taylor Winery on May 12, 1984. 11

In October 2012, owners Linda and John Giglio announced plans to convert the abandoned Gold Seal Winery into a resort with retail stores, restaurants, and lodging. 10 A Provence-styled villa would also be added independently. The costs of the acquisition were recouped by selling casks and barrels found on the premises.

The Gold Seal Winery erected a four-story, 54×110-foot Italianate-style building in June 1865 that was used for the production and storage of wine. 1 Designed and built by Robert Green Snow, the building featured rubble with cut stone quoins, sill, and lintels and cost $35,000 to complete. 2 The basement featured two cellars, each 100×22-feet.

Later in the 19th century, the building was used for champagne tirage and wine barrel storage. 2

Also constructed in June 1865 was the Brandy Building, so named as it was for the production of brandy to fortify wines. 3 Designed and built by Robert Green Snow with cut stone arches and stepped parapeted gables and measuring 24×30 feet, the structure was enlarged by another 48-feet in 1892. The Brandy Building was later used as a carpenter shop. 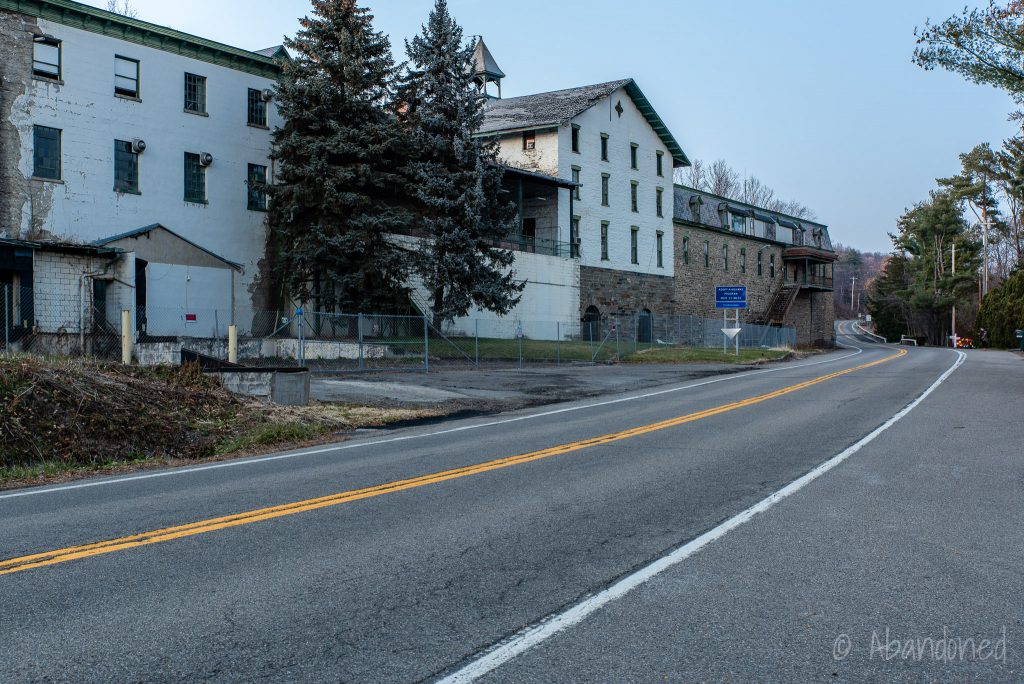 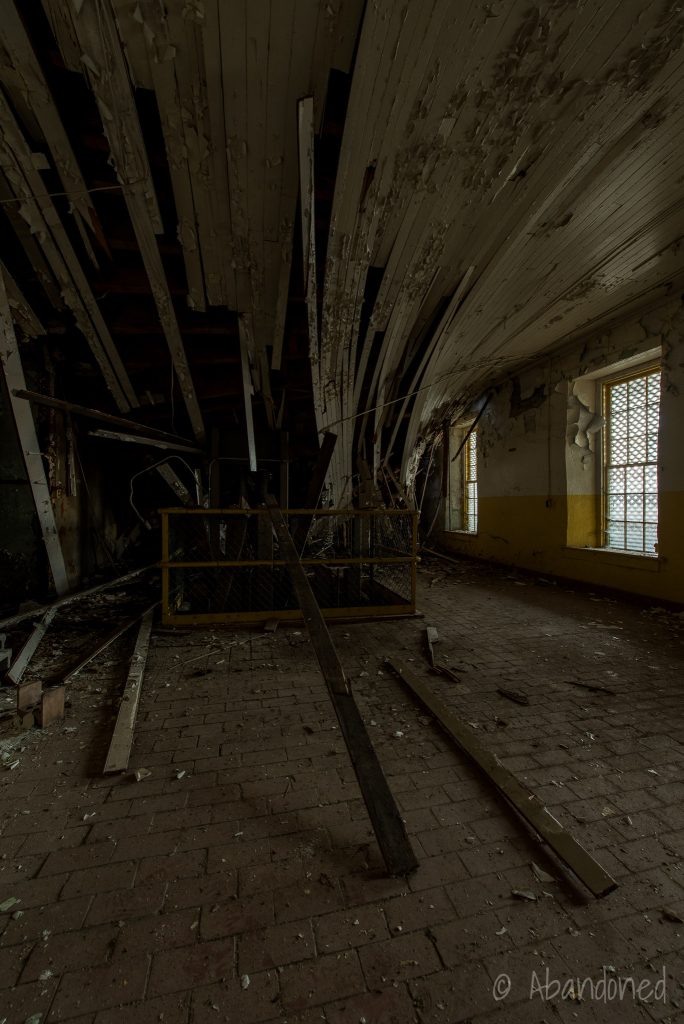 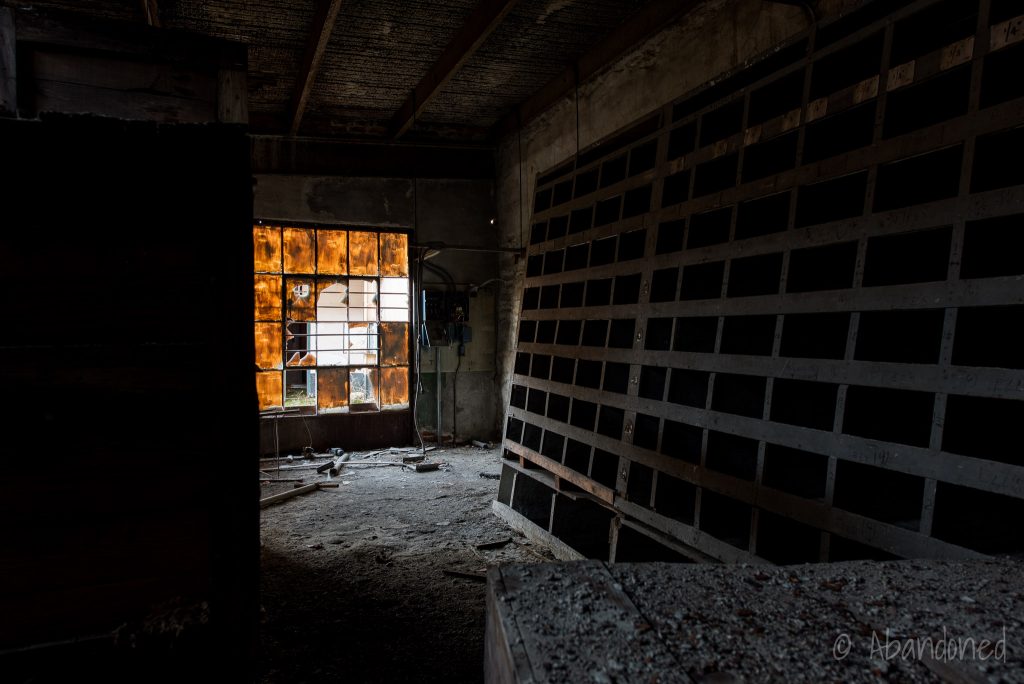 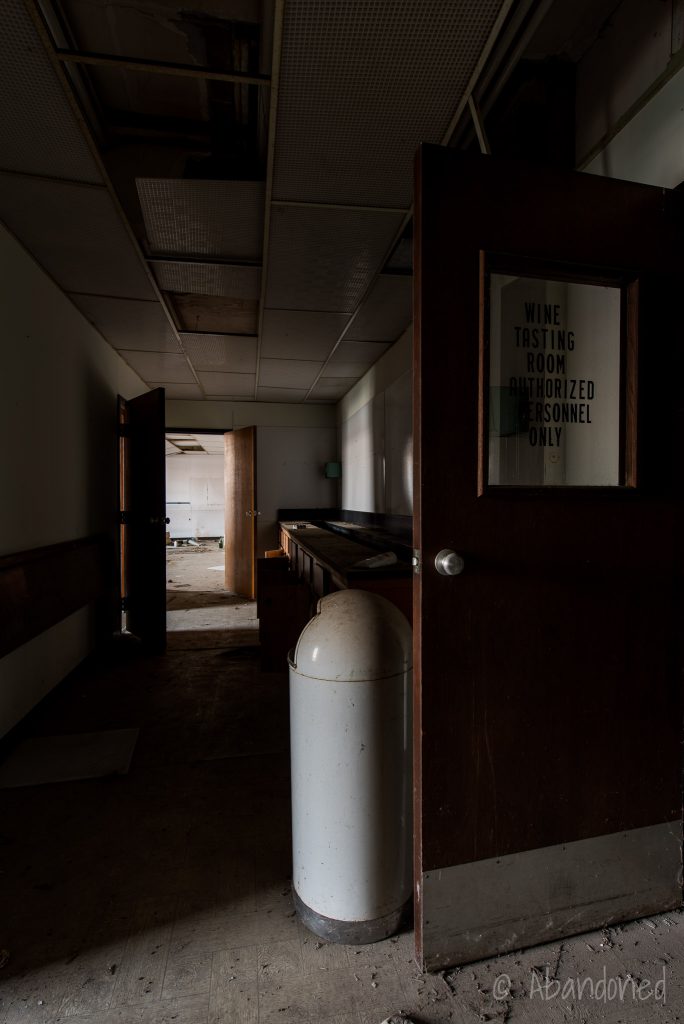 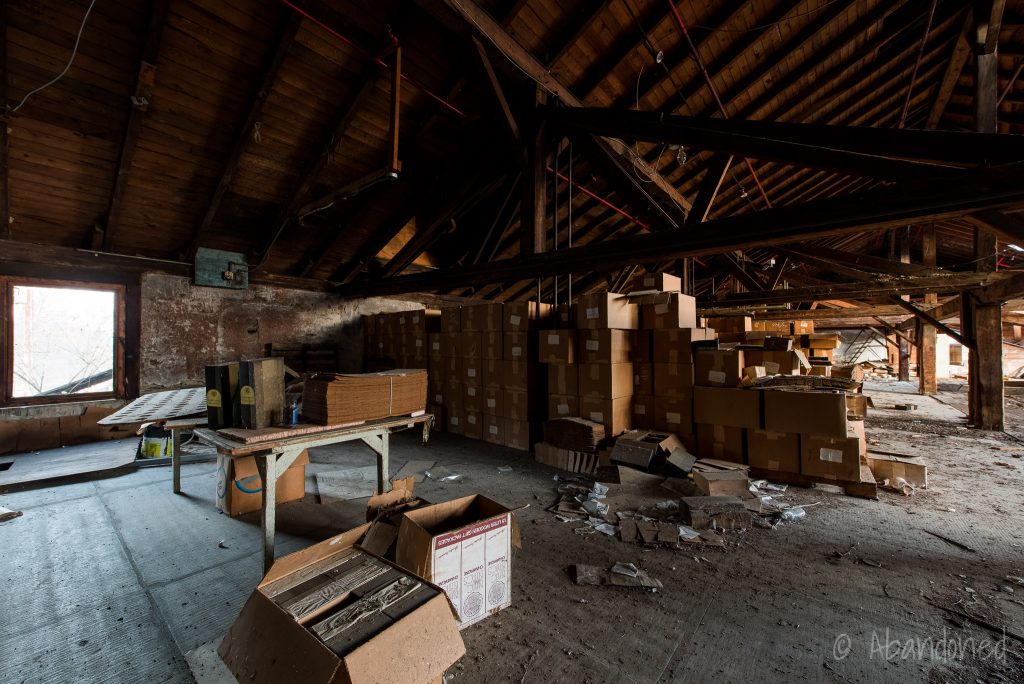 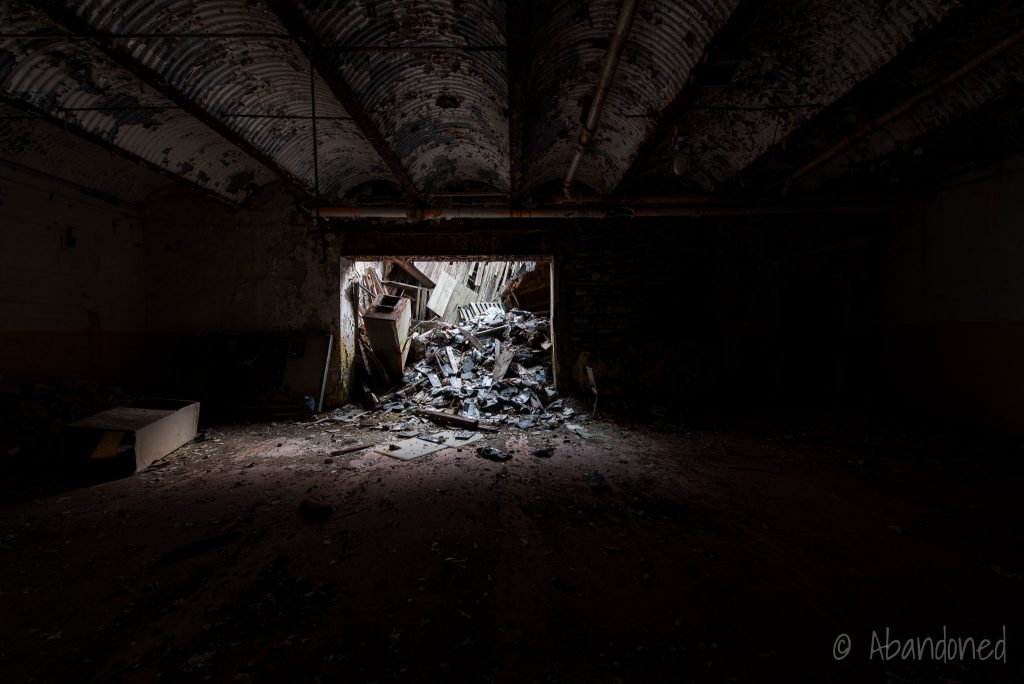 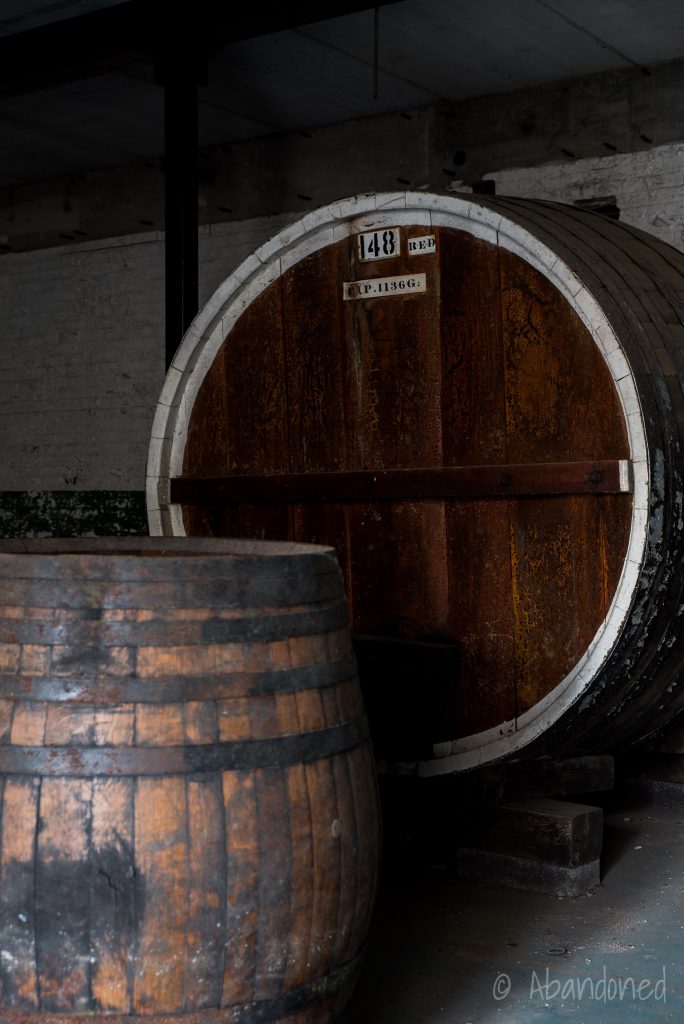 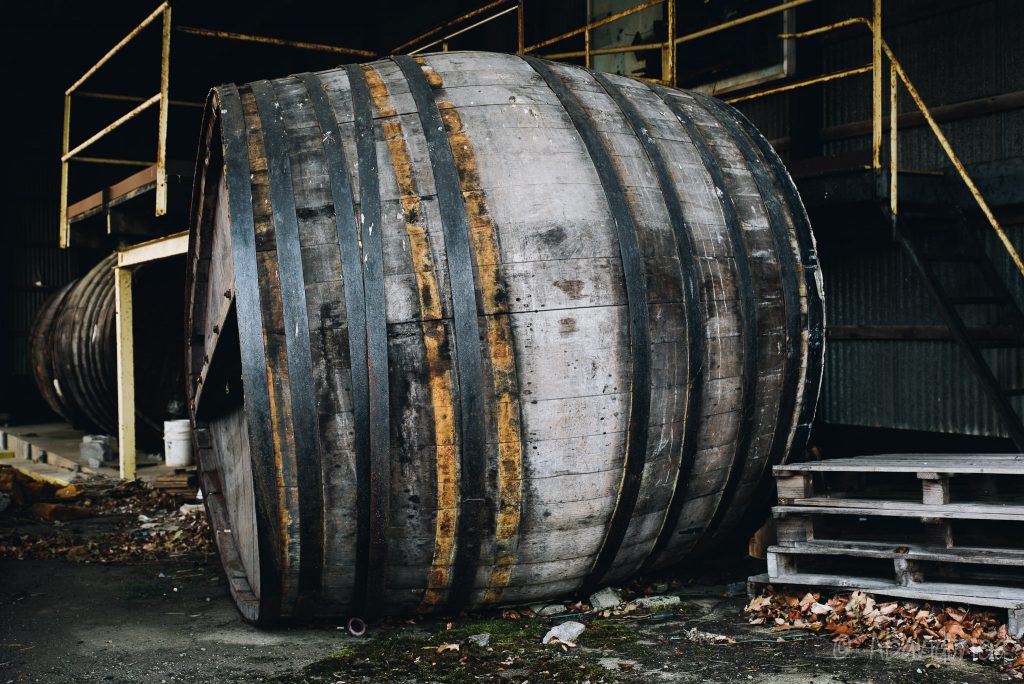 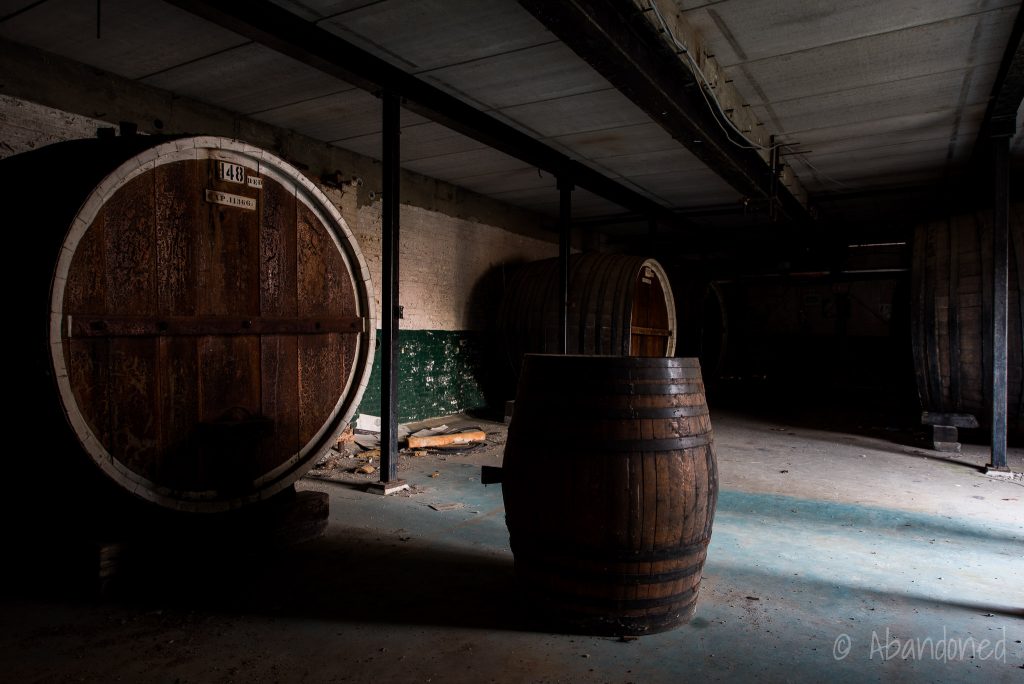 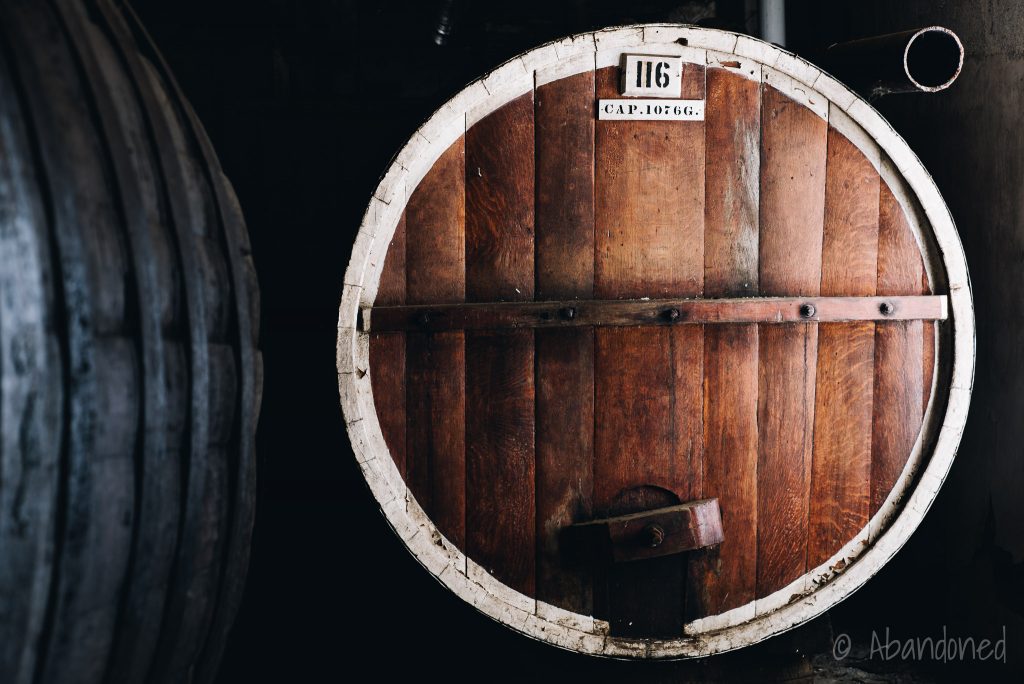 As the winery boomed, more room was needed for the tirage of aging champagne and additional cooperage for still wines. 4

The circa 1884 and 1887 buildings included a champagne fusing room for the fermentation of champagne. 1 A second-story porch was added in 1915 4 that served as a tasting room. 1 A portion of the third floor was converted into offices in the 1930s. 4

A three-story vat building, to store bulk still wines, was designed and built by Robert Green Snow in 1890. 6

Another addition was designed and constructed from November 12, 1902, to August 14, 1903, by Robert L. Snow, the son of Robert Green Snow. 7 The Second Empire styled building 1 served for the storage of still wines and office space, 7 and included a tasting porch. 1 The building became exclusively office space in the 1970s. 7 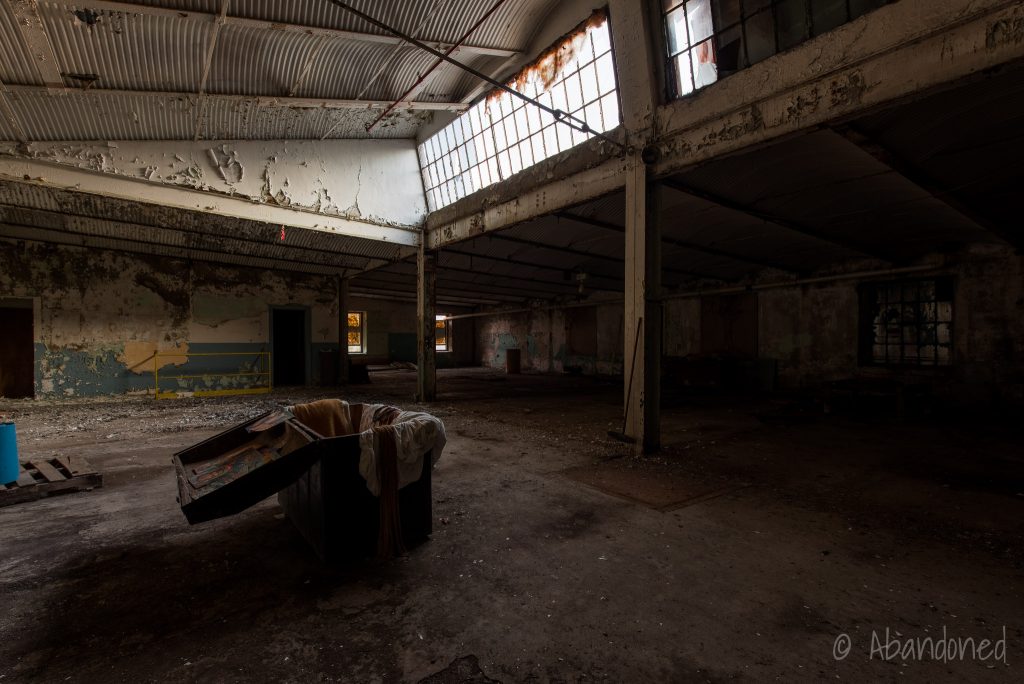 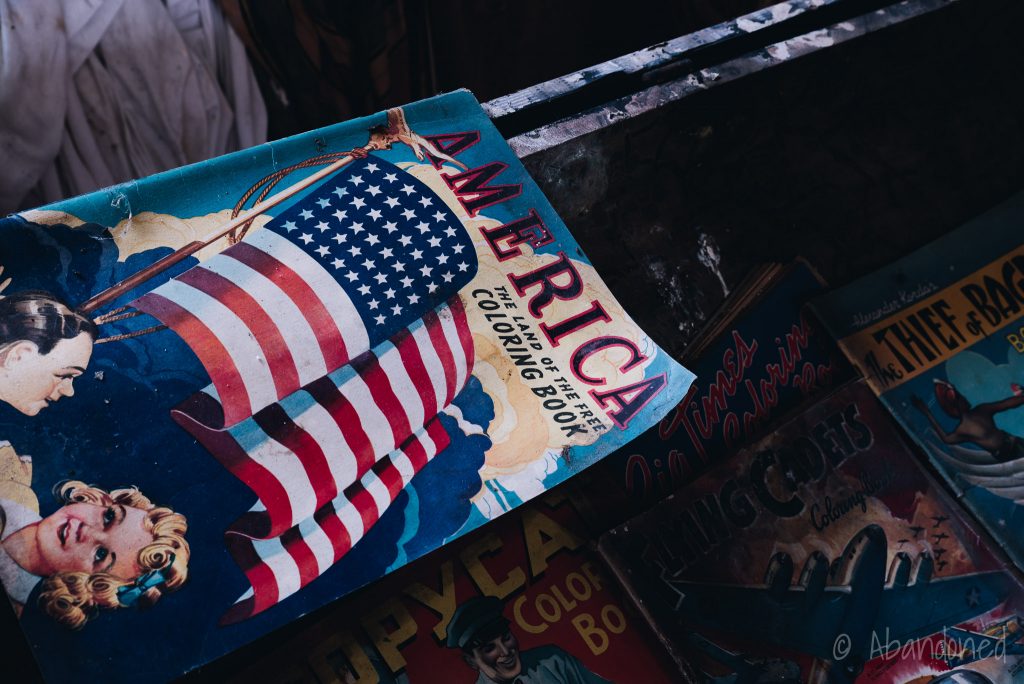 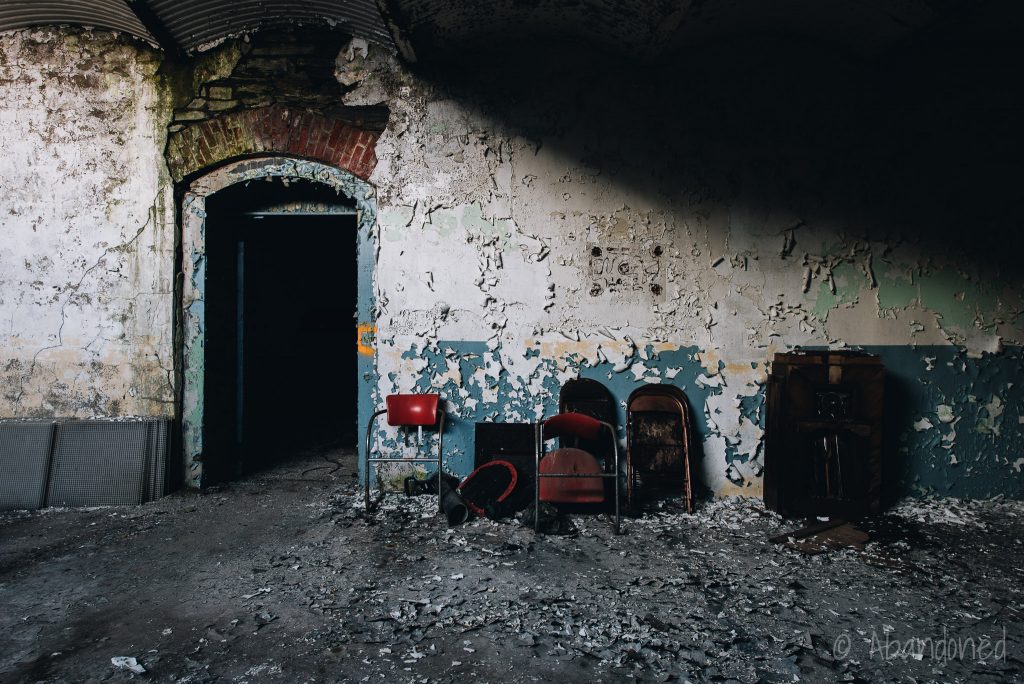 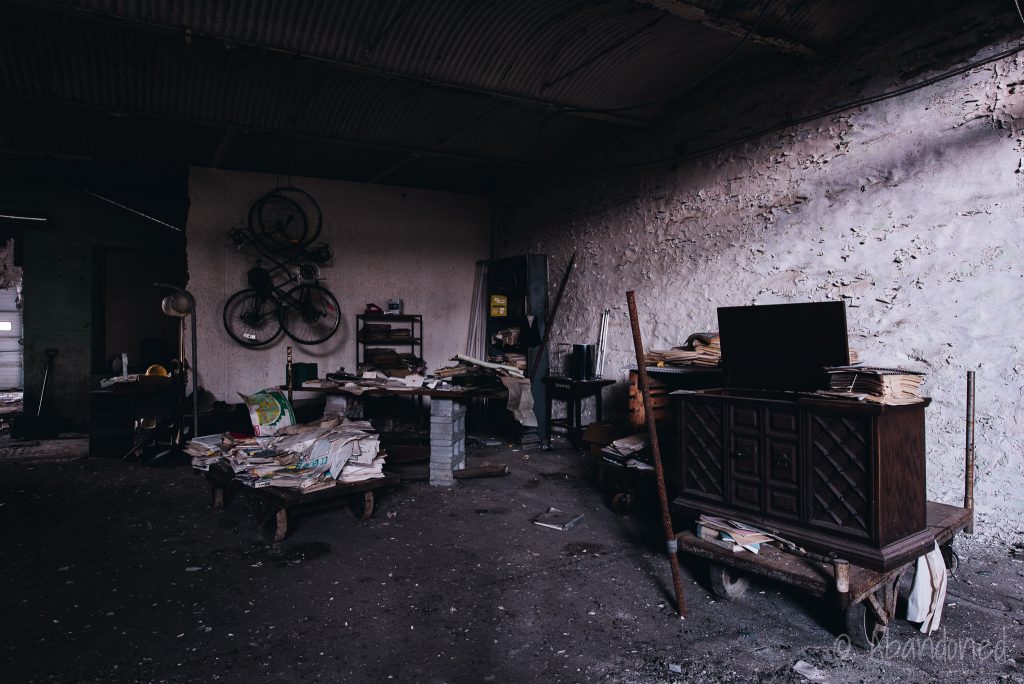 A steel frame building was added in 1980 for the bulk storage of wines, followed by the erection of another loading dock. 1 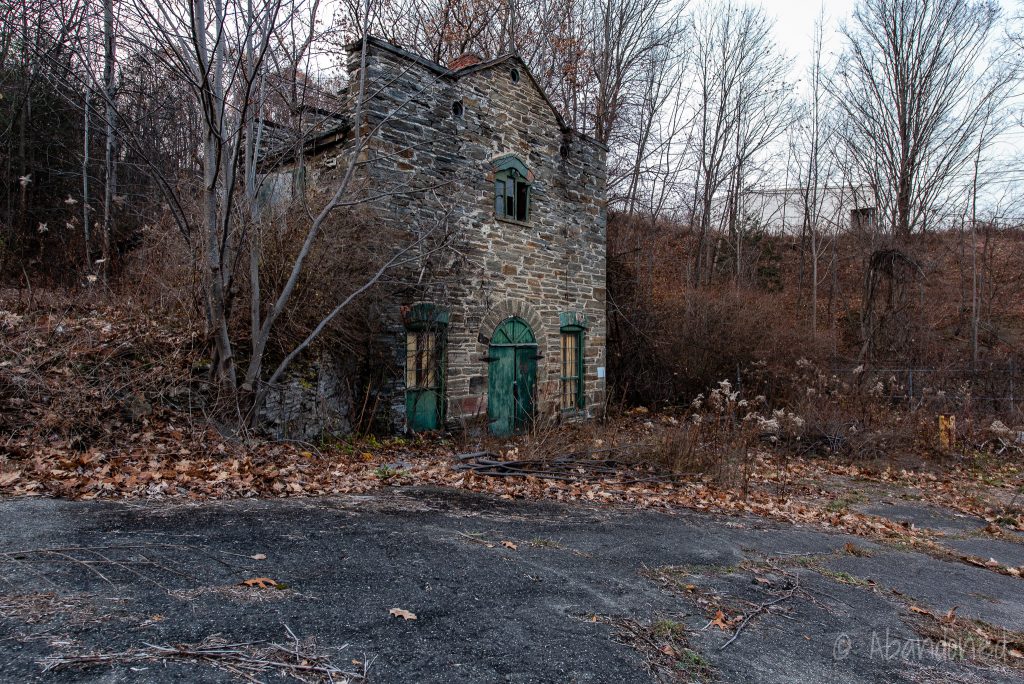 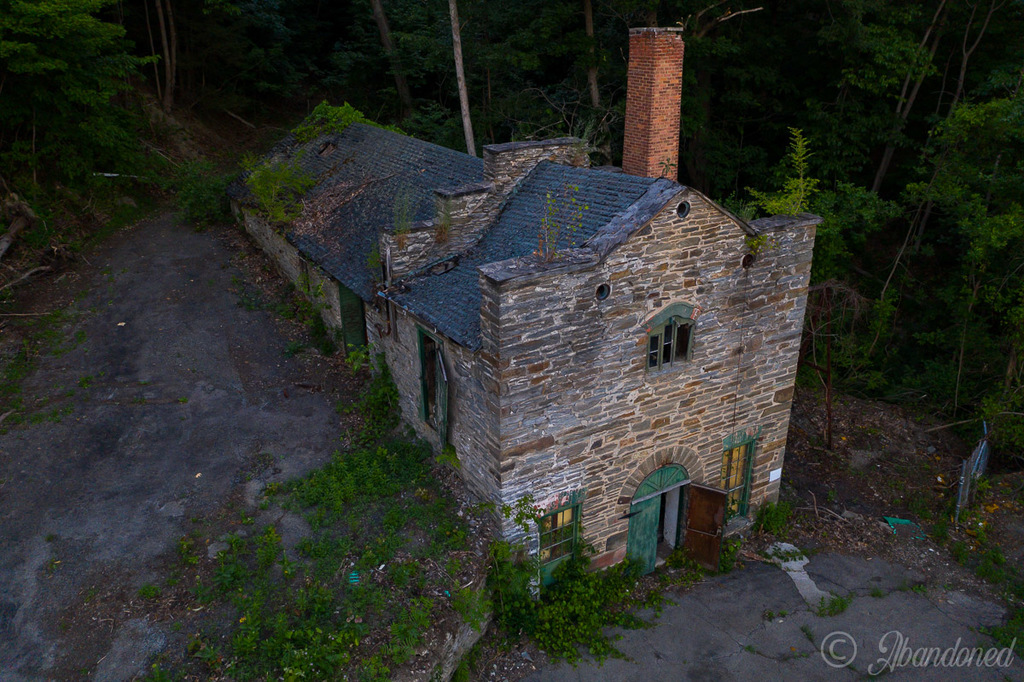 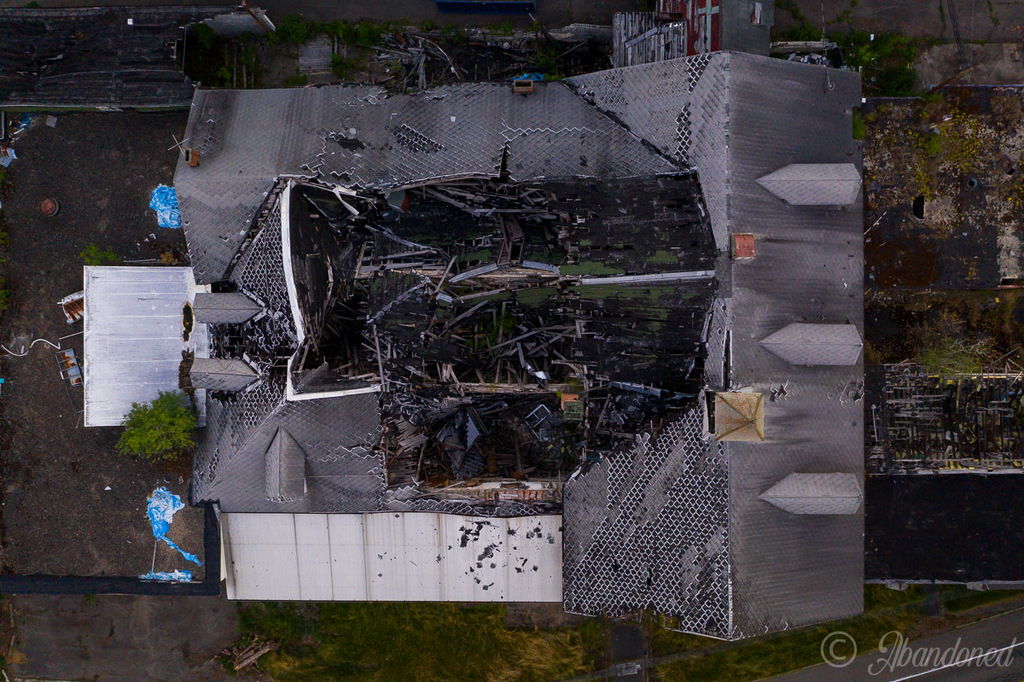 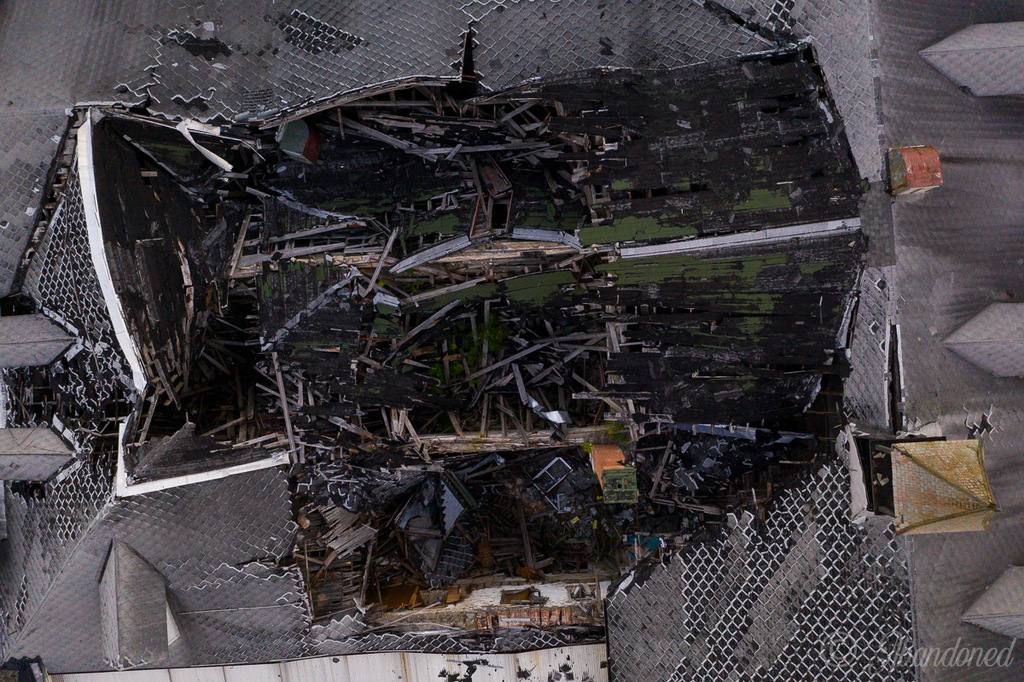 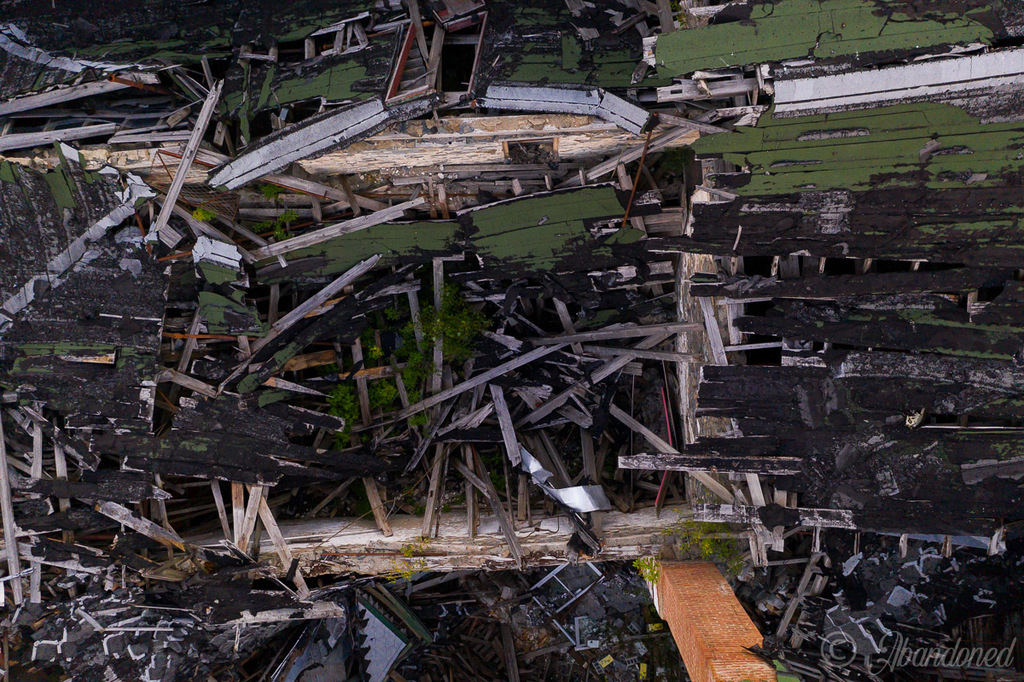 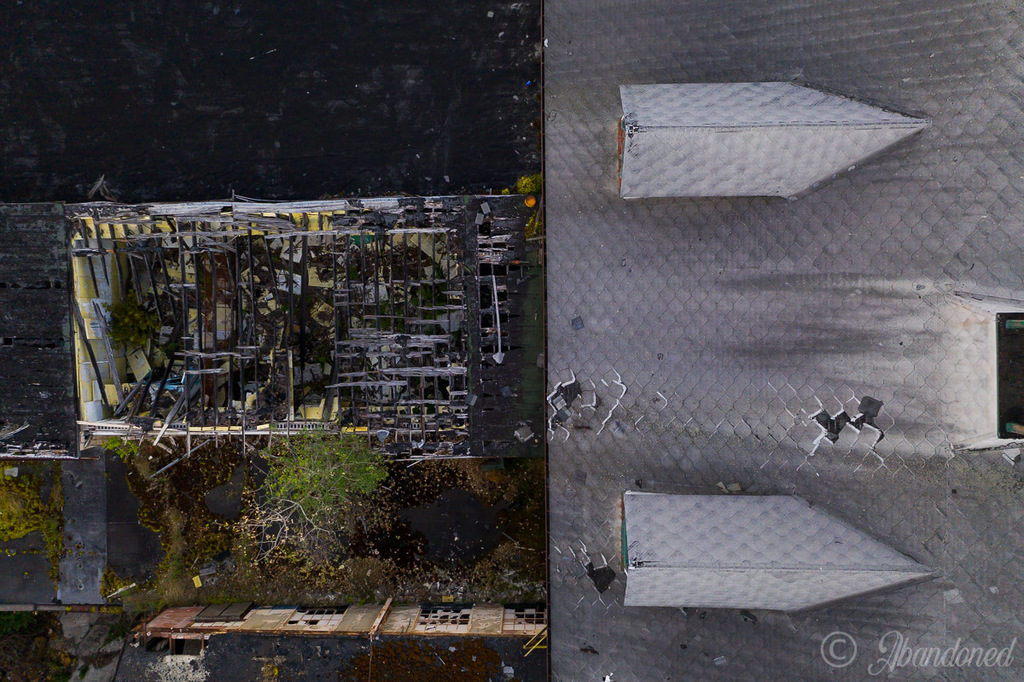 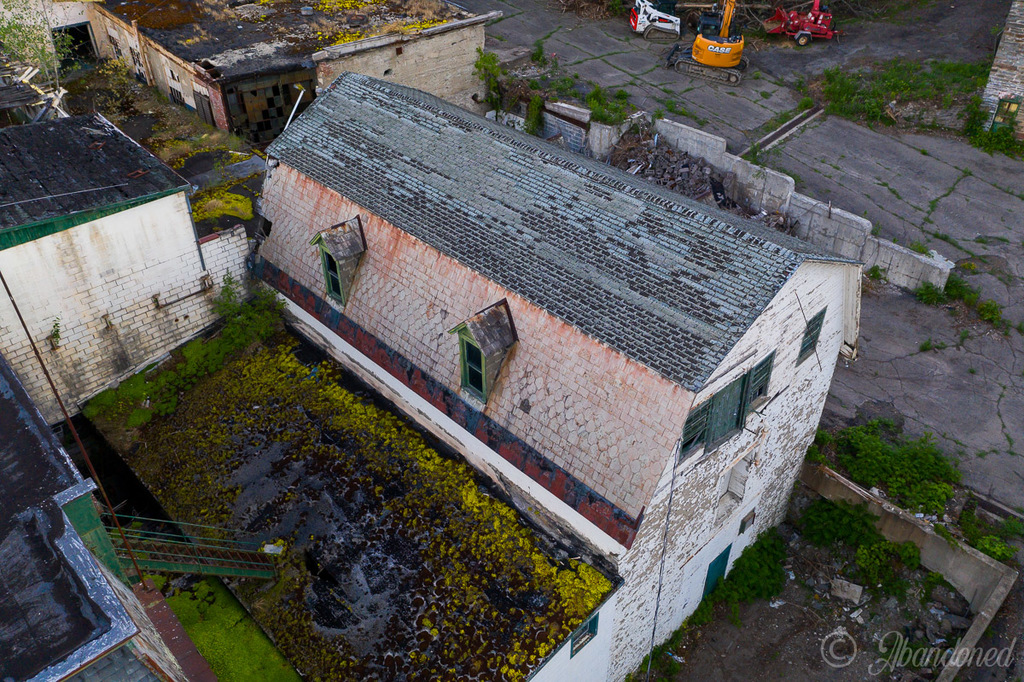 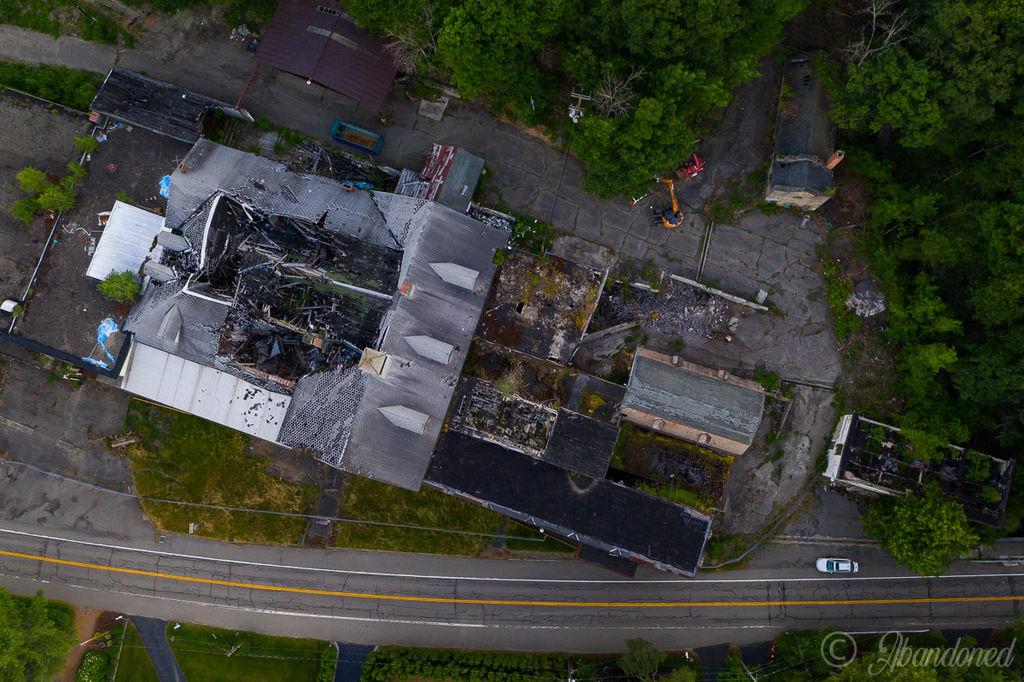 A Revisit to Dracula’s Castle

Blast from the past: Ewing, Virginia

Why I have not yet traveled the back roads of southwest Virginia is a mystery to me. While a modern four-lane highway meanders through the rolling farmlands of the Indian and Poor Creek valley, the ol…
END_OF_DOCUMENT_TOKEN_TO_BE_REPLACED
Category ExplorationsPosted on June 19, 2013July 21, 2014

Some time back, I revisited Jeannette Glass in Pennsylvania as I came across an outdated article regarding its pending demolition. Fearing that Jeannette could be gone sooner rather than later, I pack…
END_OF_DOCUMENT_TOKEN_TO_BE_REPLACED
Category ExplorationsPosted on November 18, 2011July 21, 2014

For a town that has been on the economic decline for over two decades, Jeannette, Pennsylvania held its own as it was located near the Pennsylvania Turnpike and Toll Road 66. The town suffered a loss …
END_OF_DOCUMENT_TOKEN_TO_BE_REPLACED