Christ Congregational Church of Mount Hope is an abandoned with a distinctive sanctuary in the Bronx, New York City, New York.

Founded in 1892, 8 Christ Congregational Church of Mount Hope was initially located at the corner of 175th Street and Topping Avenue in Mt. Hope, a neighborhood within the Bronx. 7

Needing a more prominent space for their growing congregation, the church sought out Francis L.V. Hoppin & Terrence A. Koen of New York City to design a new building in the Georgian Revival- and Colonial Revival-style. 3 Hoppin and Koen composed a two-story building which featured a formal entrance framed by a tall portico 1 and topped with a tower was derived from Sir Christopher Wrenn churches in London. 4 The interior featured a circular auditorium with room for 370 people, four-bedroom parsonage, gymnasium, library, and meeting rooms.

The church’s extensive range of services was a response to the National Council of Congregational Churches who began promoting “institutional churches” in 1892. 6 The initiative encouraged the expansion of church activity to attract more residents, regardless of their church membership status or social status.

An organ, built by M.P. Möller of Hagerstown, Maryland, was installed shortly after. 1

The church was later used by Pioneer United Church of Christ, which had been formed in 1895 †.

In 2008, scaffolding was erected around the church, with Pioneer United Church‘s layer claiming that the building was beyond repair. 2 The pastor wanted to demolish the building and replace it with a homeless shelter and a smaller church building for the remaining congregation. Members of the local Community Board 5 called for the building to instead be rehabilitated into an all-encompassing arts center, with the sanctuary converted into a performing arts venue. 3

In the interim, the few worshipers that remained used a room adjacent to the main sanctuary for weekly services. 2 It had no electricity or heat. 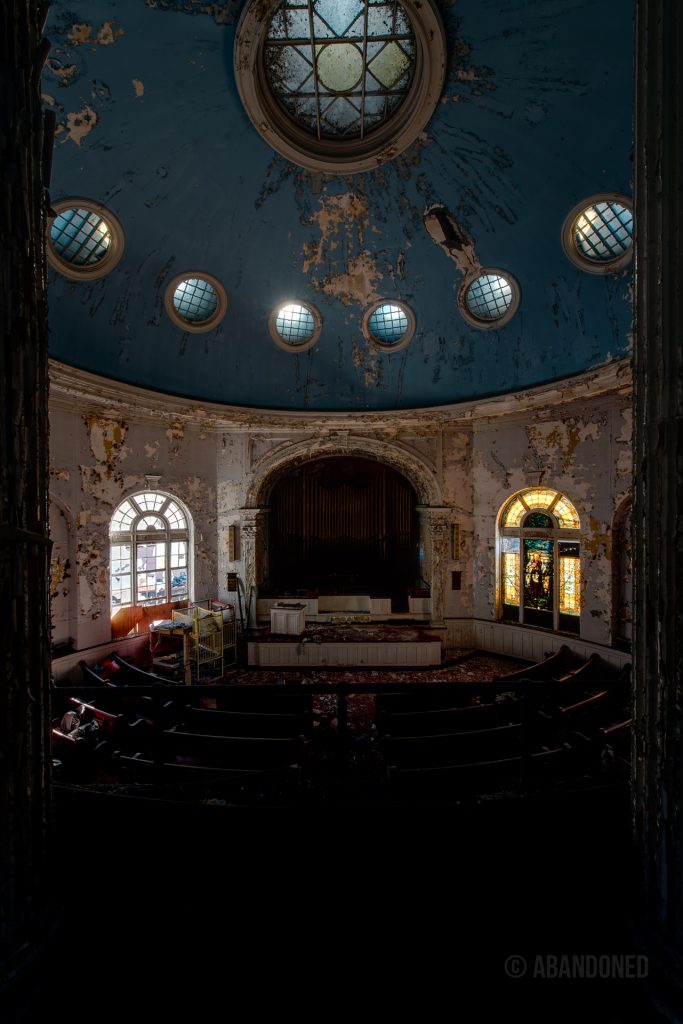 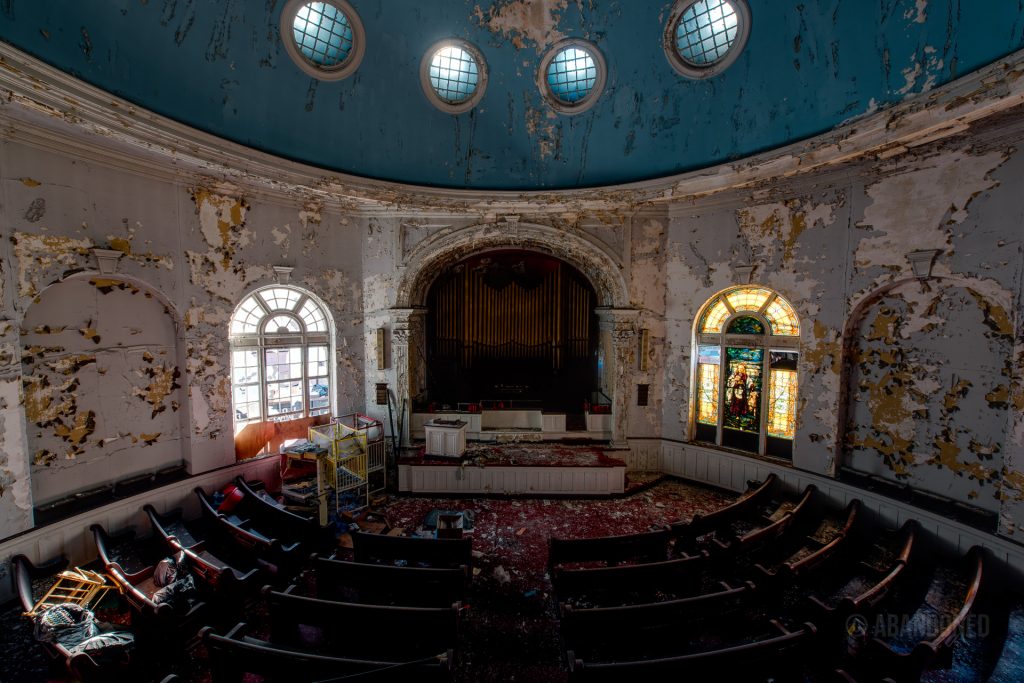 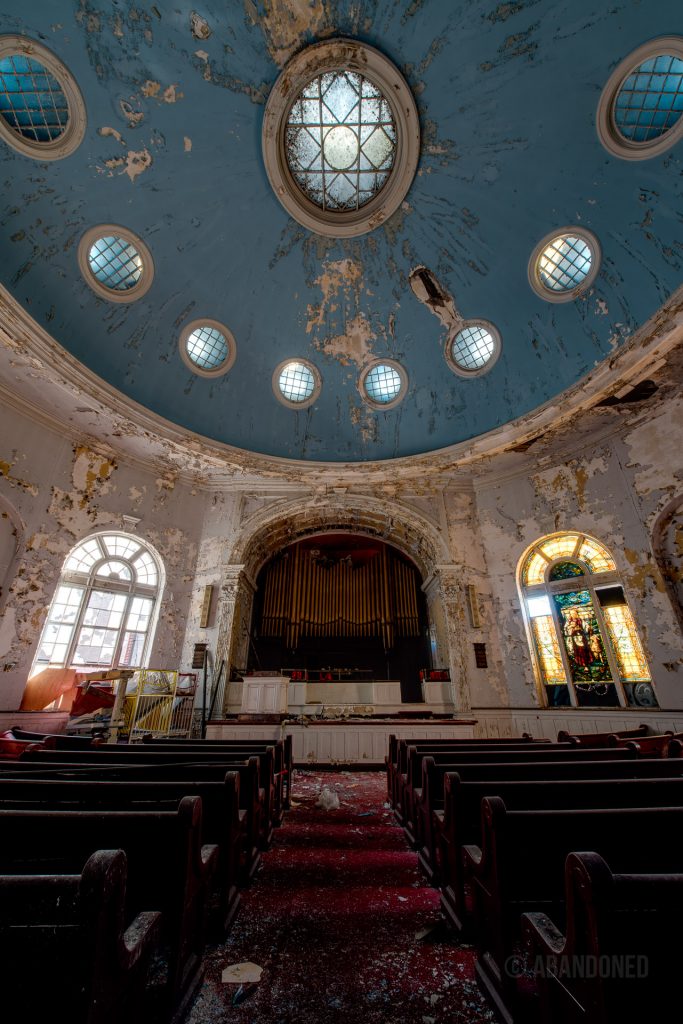 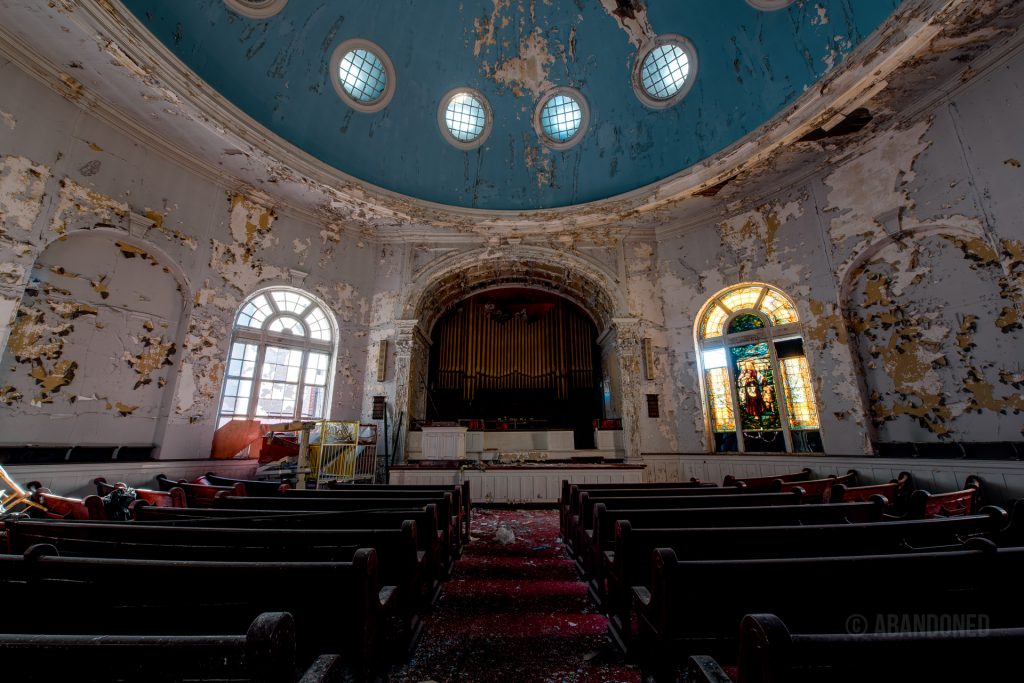 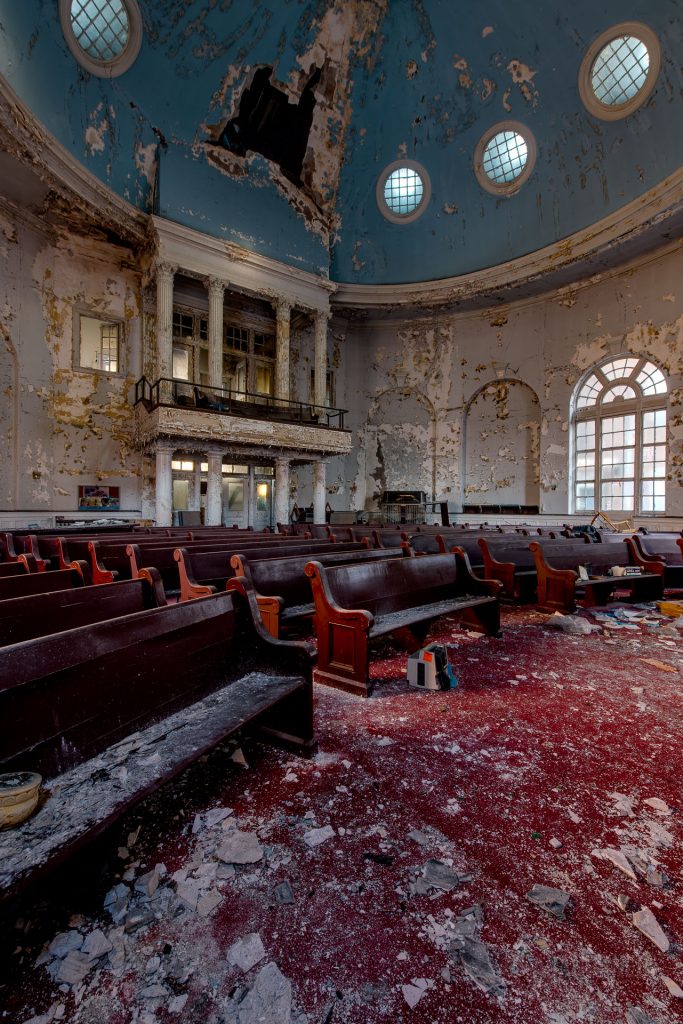 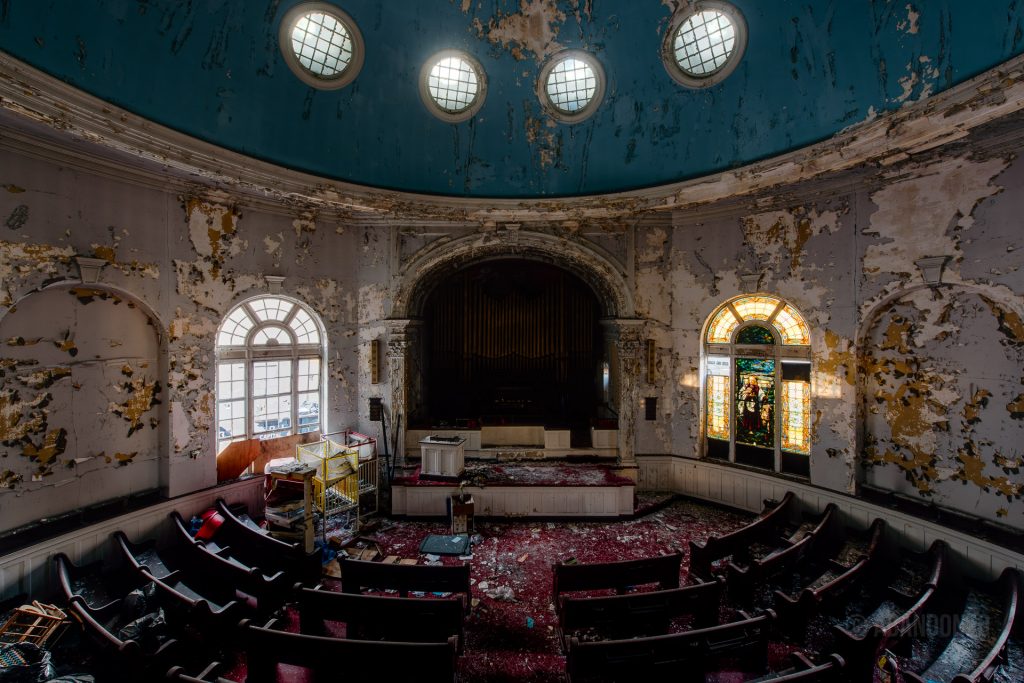 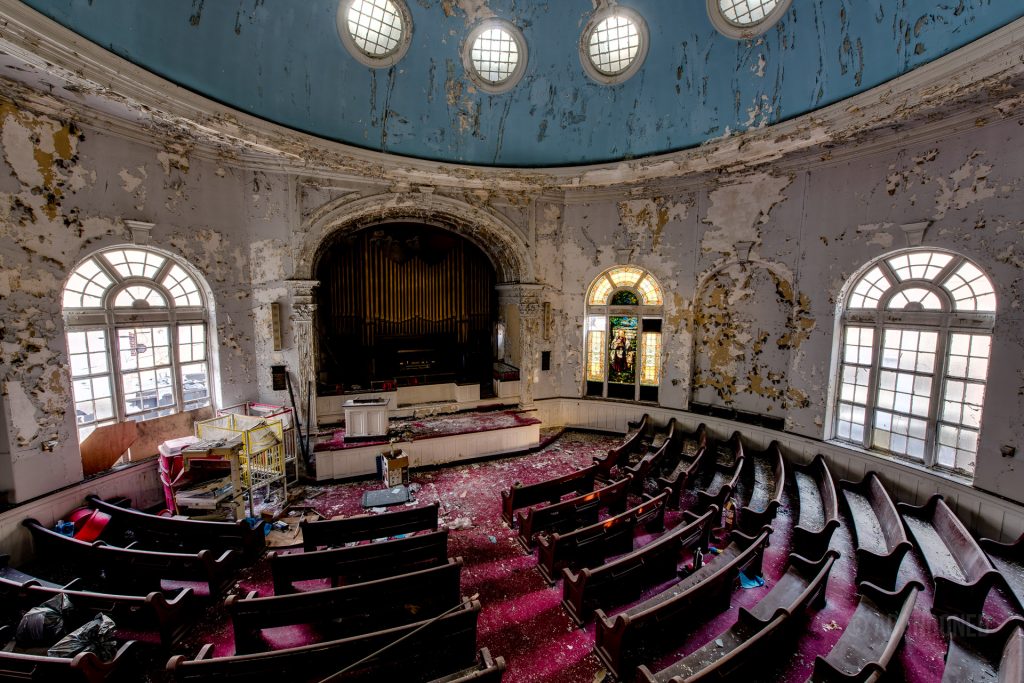 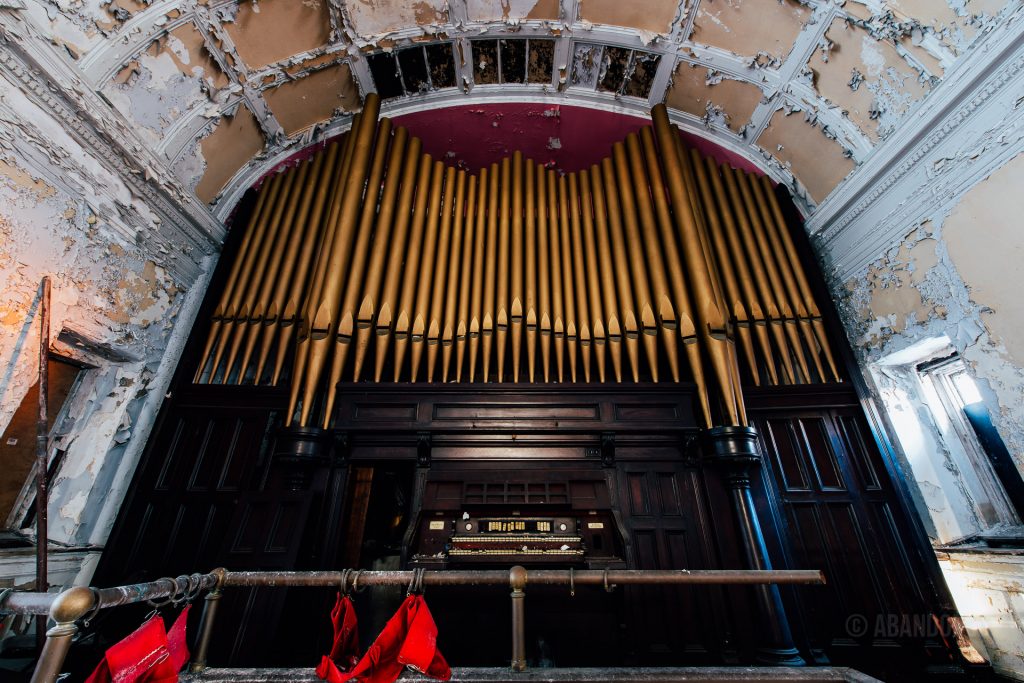 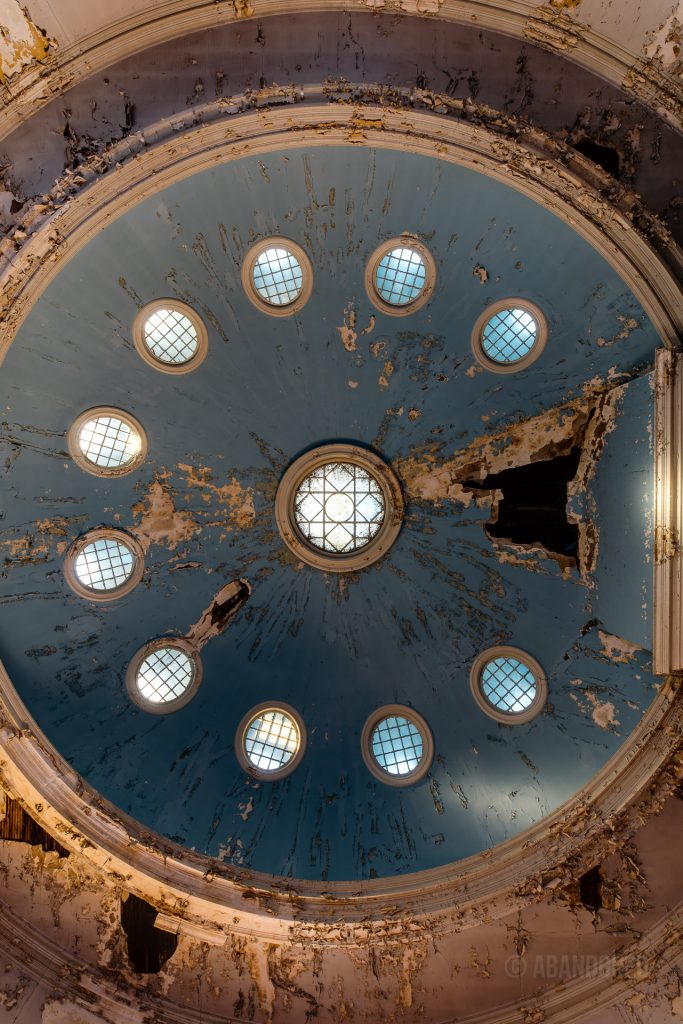 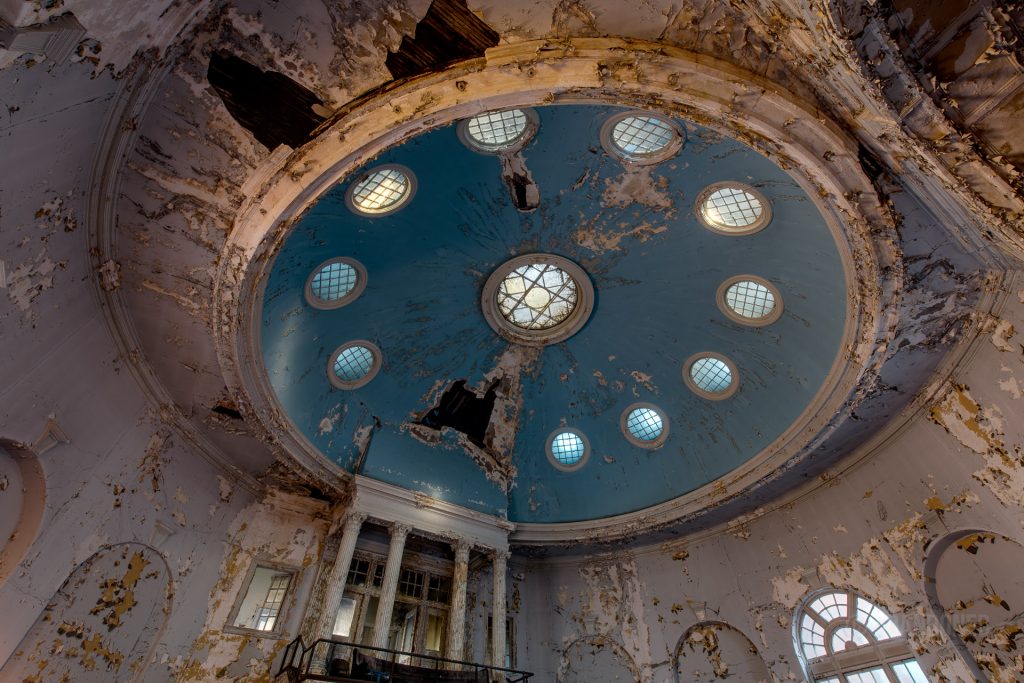