The Cincinnati Southern Railway contains numerous bypassed tunnels and bridges along the “Rathole” between Cincinnati, Ohio and Chattanooga, Tennessee.

The construction of the Cincinnati Southern was spurred by a shift of shipping preferences along the Ohio River, which at the time was the preferred mode of freight transport in Cincinnati. To remain competitive, the city formulated plans to develop its own railroad in 1835. 2 The city sent a delegation to the Great Southwestern Railroad Convention in July 1836, but the financial panic a year later put a stop to the project. Additionally, the Ohio Constitution was amended in 1851 to prevent cities from forming a partnership with a stock corporation, which prevented the city from constructing the railroad.

In 1859, an attempt was made at raising a $1 million cash bonus from private entrepreneurs to be awarded to the Cincinnati, Lexington & East Tennessee Railroad in exchange for establishing a route east to Knoxville, Tennessee. 3 The Civil War halted any development of the proposal.

During the Civil War, General Burnside offered a plan to establish a military railroad to the south, which received a recommendation from President Lincoln to Congress in December 1861. 3 Surveys were made but nothing further came about.

With the passage of the constitutional amendment in 1851, Cincinnati proposed constructing and owning the railroad outright. 2 This proposition, by Edward A. Ferguson, was proposed in 1868, passing on May 4, 1869. On June 4, the city council adopted a resolution designating Chattanooga as the southern terminus of the Cincinnati Southern. 3 The citizens voted overwhelmingly on June 26 in favor of a $10 million municipal bond issue to begin construction.

The first contract for excavation was awarded on December 12, 1873, for $5,000 for a tunnel at King’s Mountain in Kentucky. 3 Construction began a few days later on December 23. 4 By May 1875, the initial $10 million bonds had been exhausted and the city requested an additional $6 million from the citizens on March 14, 1876. 3 The measure passed.

On July 23, 1877, trains began using the completed Cincinnati Southern from Ludlow, Kentucky to Somerset. 3 But funding was once again tight, and the city requested an additional $2 million. Public opposition to the project was growing, and voters were concerned that the latest request would not be enough. The measure, once widely supported, was defeated on May 3, 1878, by a slim margin. Another vote was taken on August 14, but this time a strict requirement was added that the railroad could not exceed $2 million. The measure passed.

The last rail was spiked on December 10, 1879, within a few feet from the center of the tunnel no. 15 near Robbins, Tennessee. 4 The first freight train rolled the entire route from Cincinnati to Chattanooga on February 21, 1880, followed by the first passenger train on March 8. 2 3 To celebrate the completion of the Cincinnati Southern, a grand banquet was held at Music Hall on March 18.2 Dignitaries by the trainload arrived and it was a celebration that “surpassed anything ever known on the continent.” 3

The Second District was nicknamed “The Rathole” for its steep grades, tight curves, and 27 tunnels. 1 The tunnels, designed to be approximately 15 feet wide and 20 feet high, 4 included:

Under the CNO&TP lease, the tunnels that were timber-lined were required to be relined with stone and brick. 4 Those that was through solid rock, such as limestone, did not need to be lined. By the end of 1884, two tunnels had been relined with stone and brick and five others had been partially finished. Work continued over the next eight years until 16 tunnels were either complete or unfinished.

Additionally, the railroad, which was constructed to a five-foot broad gauge, was converted to standard-gauge in 1886 in just 13 hours. 1

Its success led to various companies trying to acquire Cincinnati Southern. The first attempt was by the Southwestern Construction Company in 1896, although the citizens of Cincinnati defeated that proposal by just 338 votes. 3 The CNO&TP lease, set to expire in 1906, was extended on November 5, 1901.

Initial reconstruction efforts of the Cincinnati Southern were brought about because of the tunnel lining efforts. By 1901, four tunnels remained to be relined, but two of those were removed instead. 4 Tunnel no. 6, near Alpine, was the shortest on the line at 189 feet and was daylighted. Masonry lining for tunnel no. 27 proved impractical and a bypass was constructed from 1902 until 1904.

In constructing the new bridge, the builders relocated the line to bring it to the north bank of the Cumberland River through an 82 foot deep cut in solid rock. As a result, when the new line went into service on August 3, 1950, tunnels 3 and 4 were permanently abandoned.

Between 1928 and 1933, the construction of the Cincinnati Union Terminal (CUT) caused the Gest Street Yard, Southern’s Cincinnati terminal in the Mill Creek valley, to be remodeled. 1

In the 1940s, when the Wolf Creek Dam on the Cumberland River in Kentucky was planned, the high water level in the new reservoir would flood a portion of the Pittman’s Creek bridge at the portal to tunnel no. 4. 4 Work began in the late 1940s to reroute the railroad and on August 3, 1950, tunnels nos. 3 and 4 were closed to northbound traffic; southbound traffic began using the new bridge on August 8. 5 6

Tunnel no. 16, which carried southbound traffic before being reduced in status to just a passing siding, was abandoned in 1955 when Centralized Traffic Control was being installed. 4

Finally, the CNO&TP undertook a massive construction project between 1961 and 1963 that saw many tunnels bypassed with cuts and the reduction of steep grades and curves at a cost of $32 million. 4 Included in the project:

The sequence and tunnels removed included:

The completion of the project was heralded on July 10, 1963, when the New River bridge near Robbins, Tennessee was opened. 4

Tunnel No. 2 at King’s Mountain, Kentucky 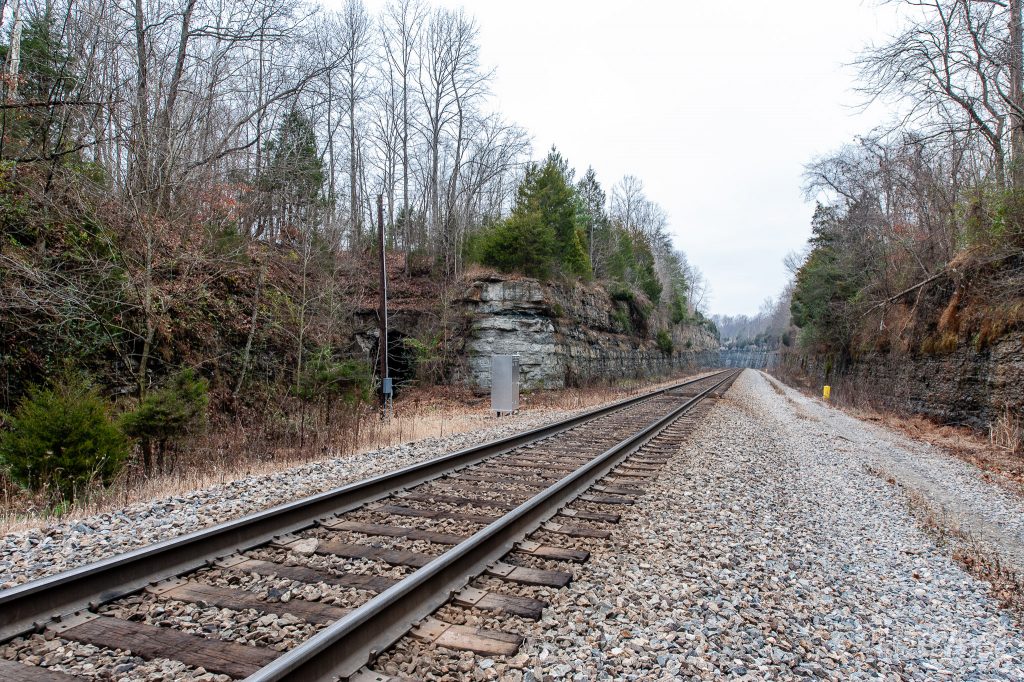 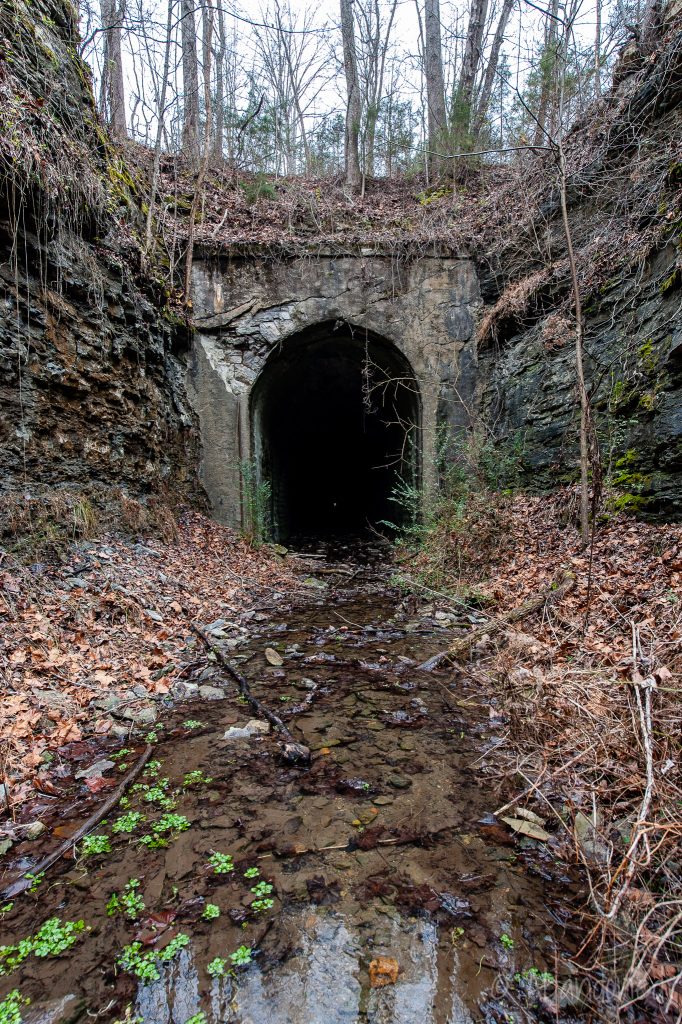 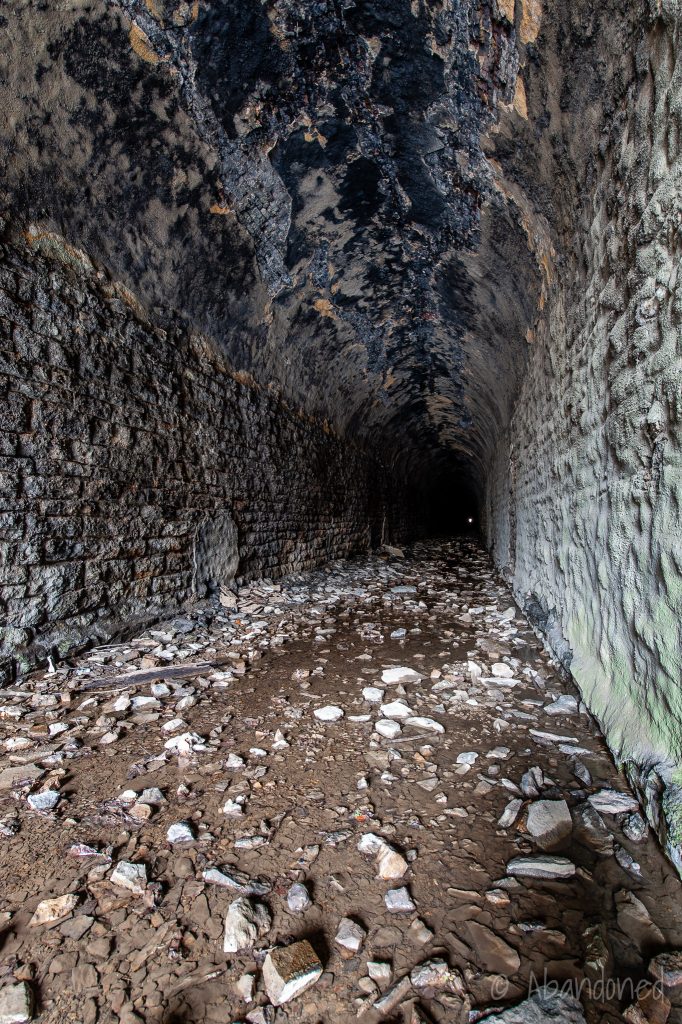 Tunnel No. 3 and 4 at Burnside, Kentucky 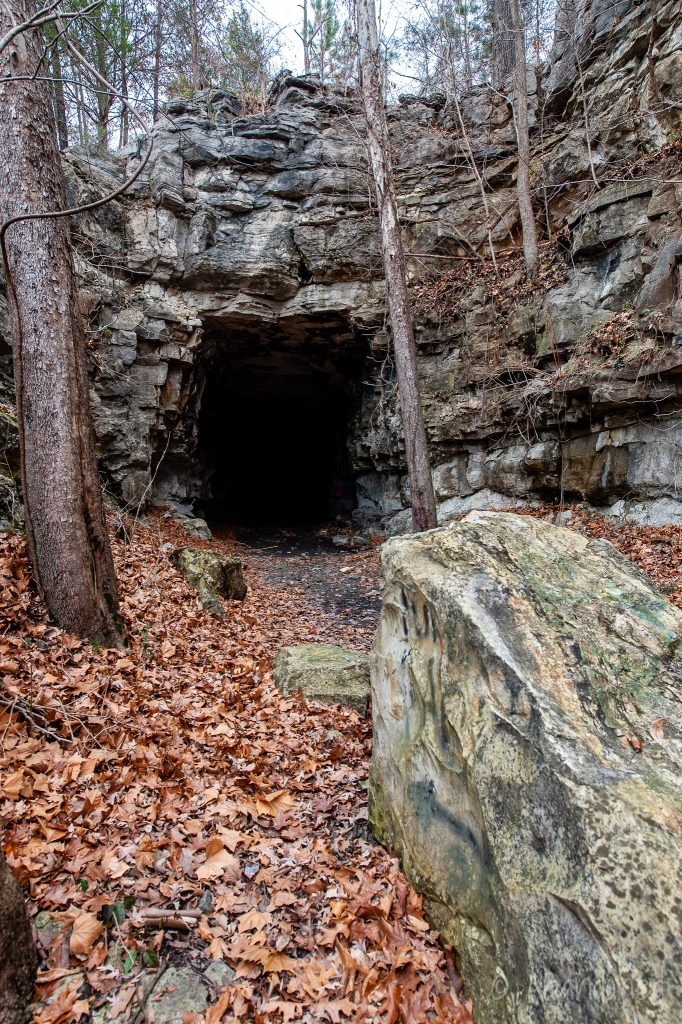 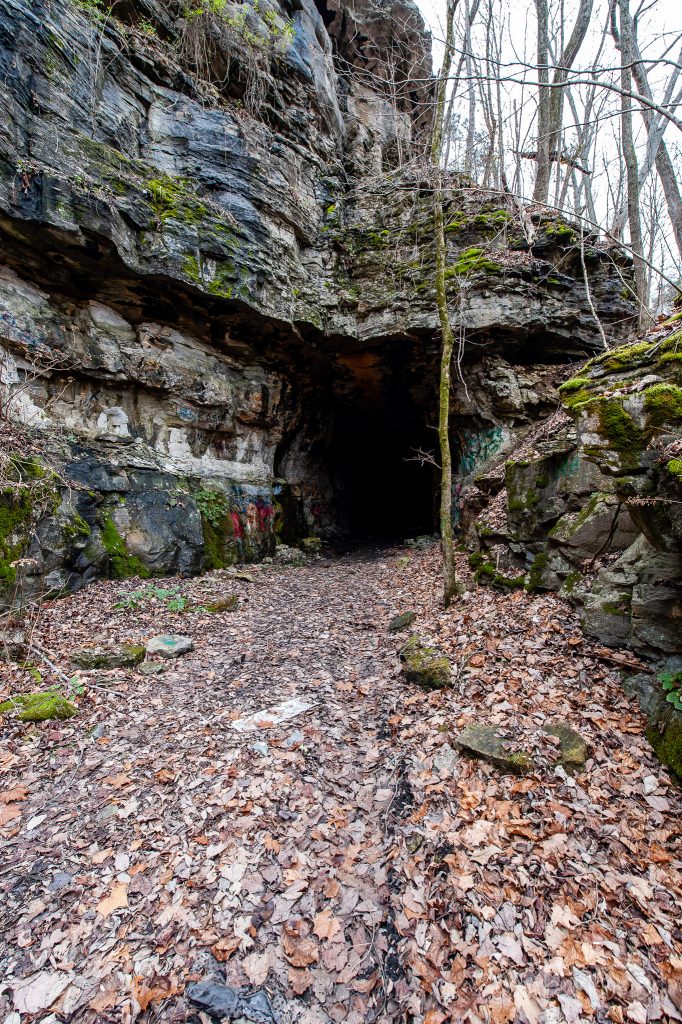 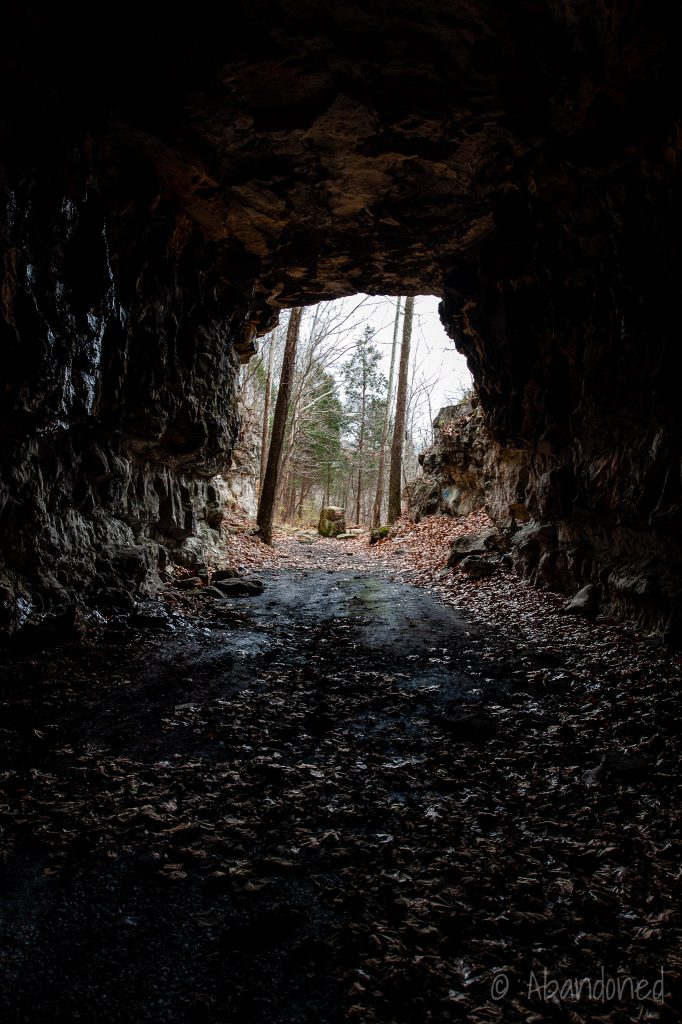 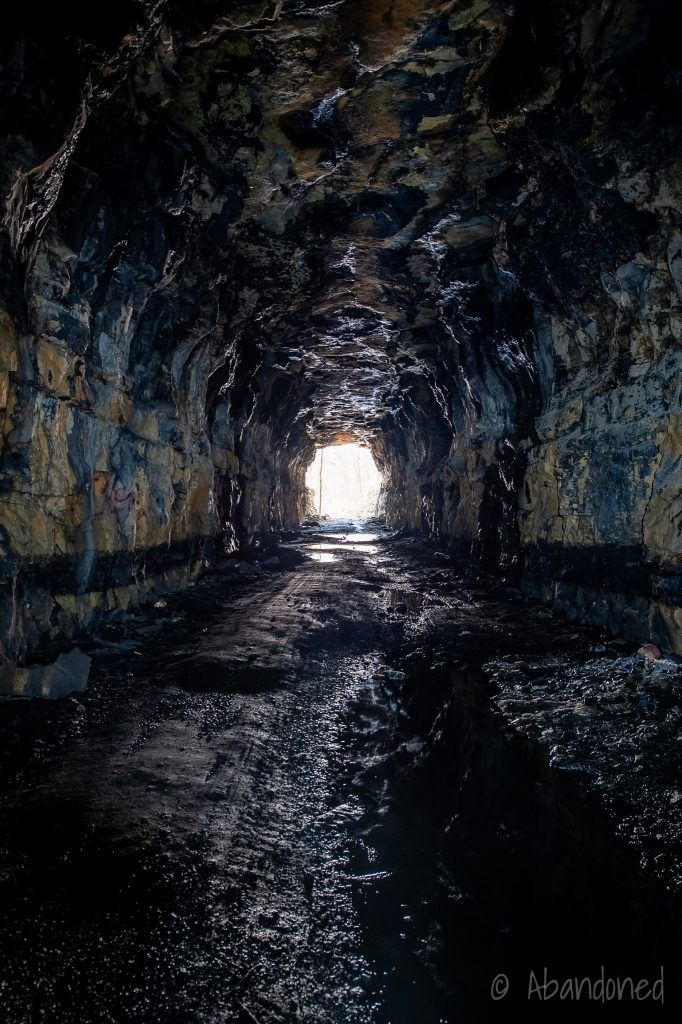 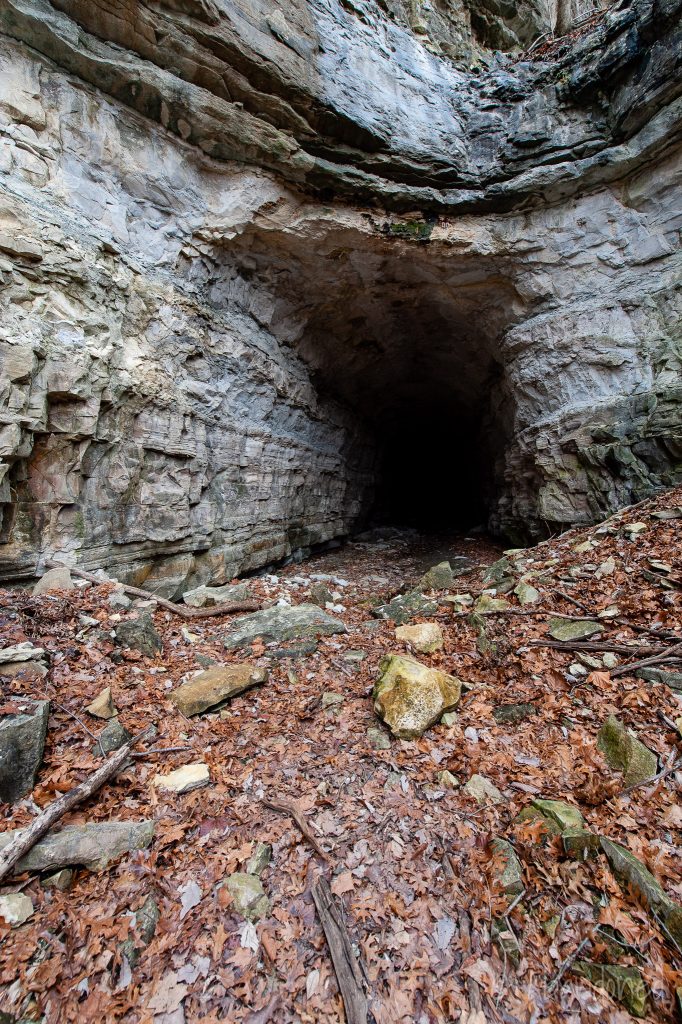 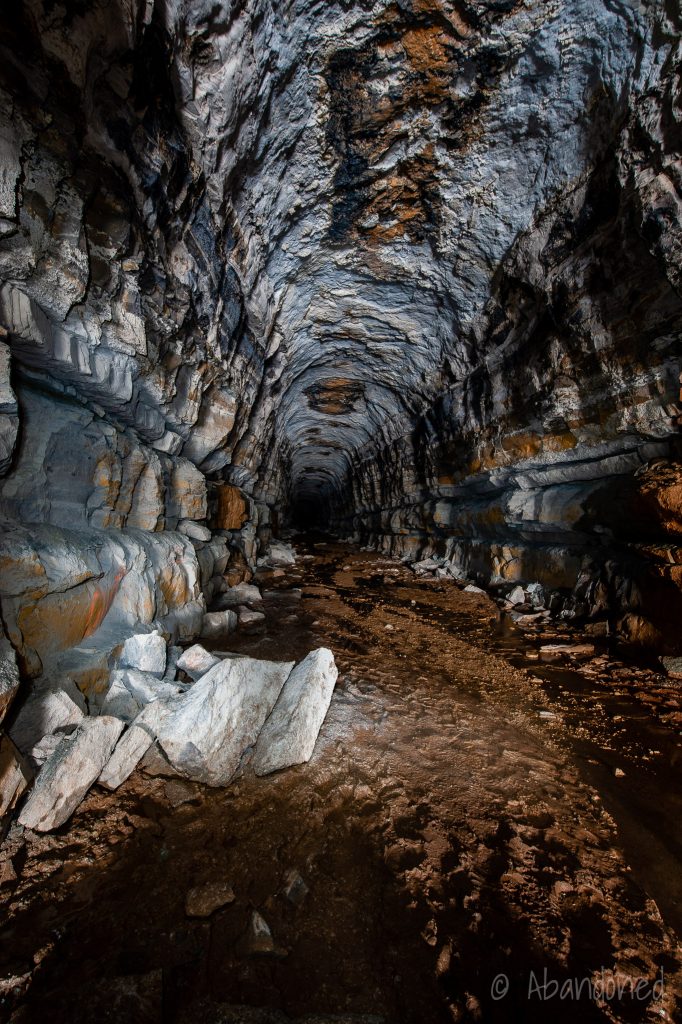 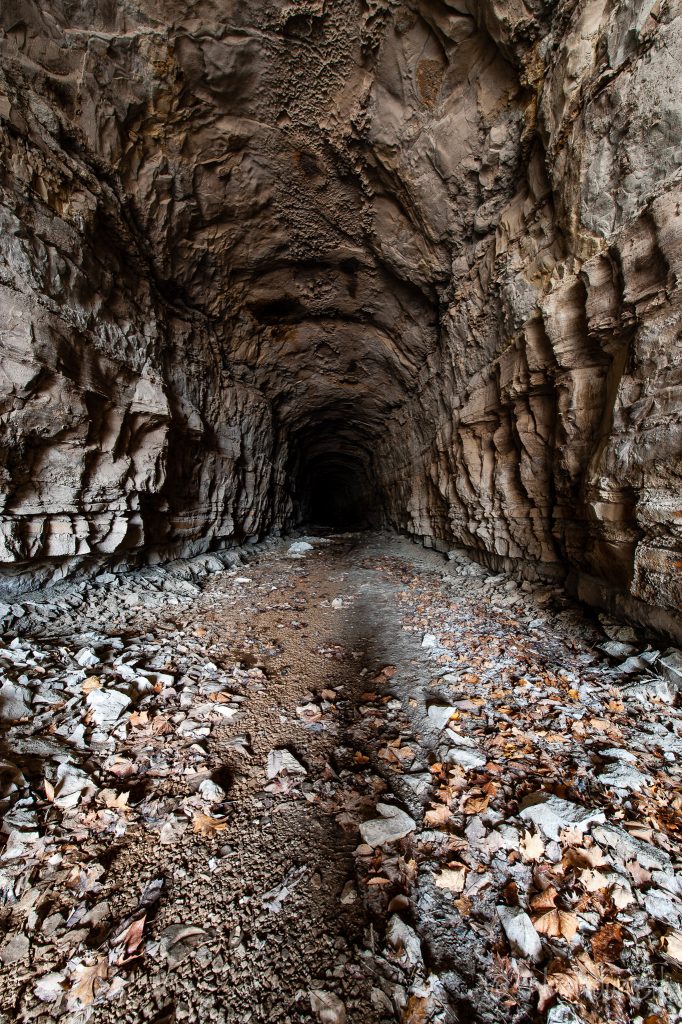 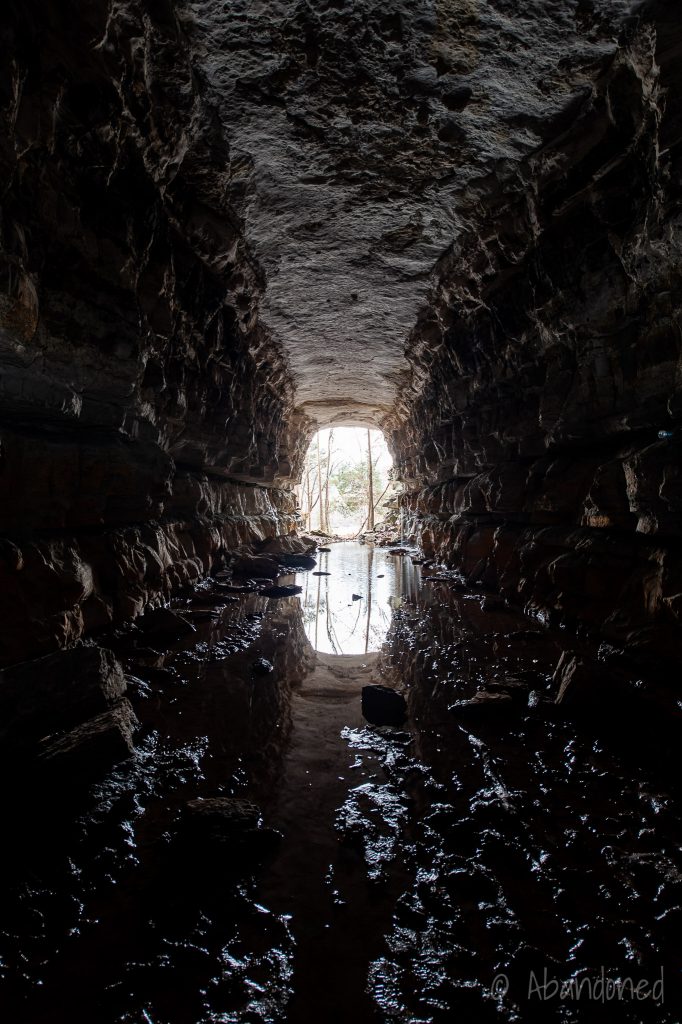 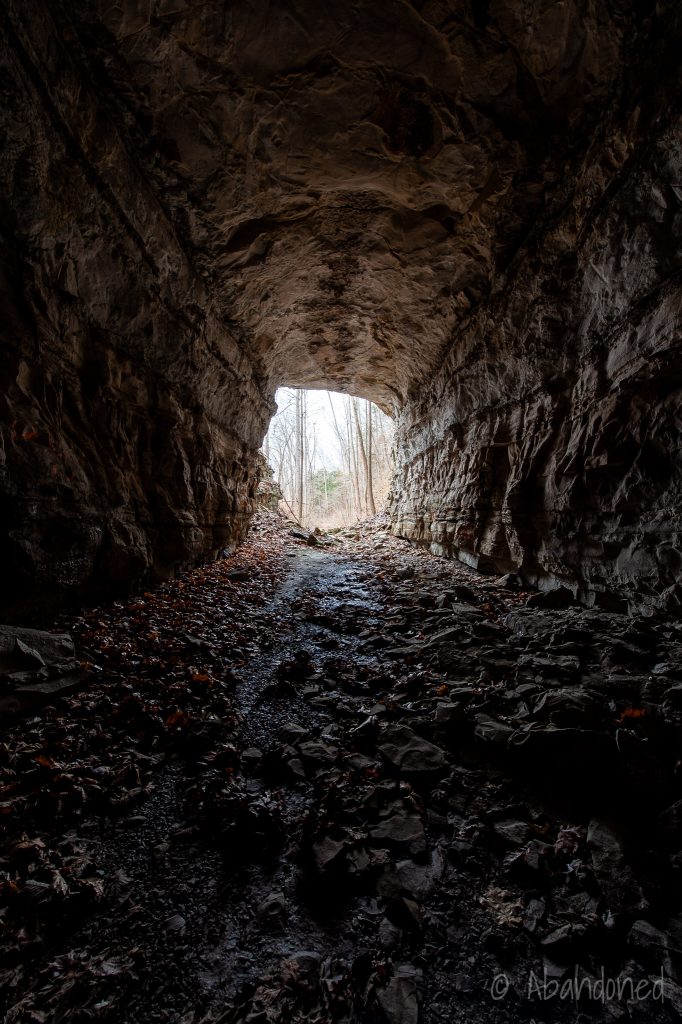 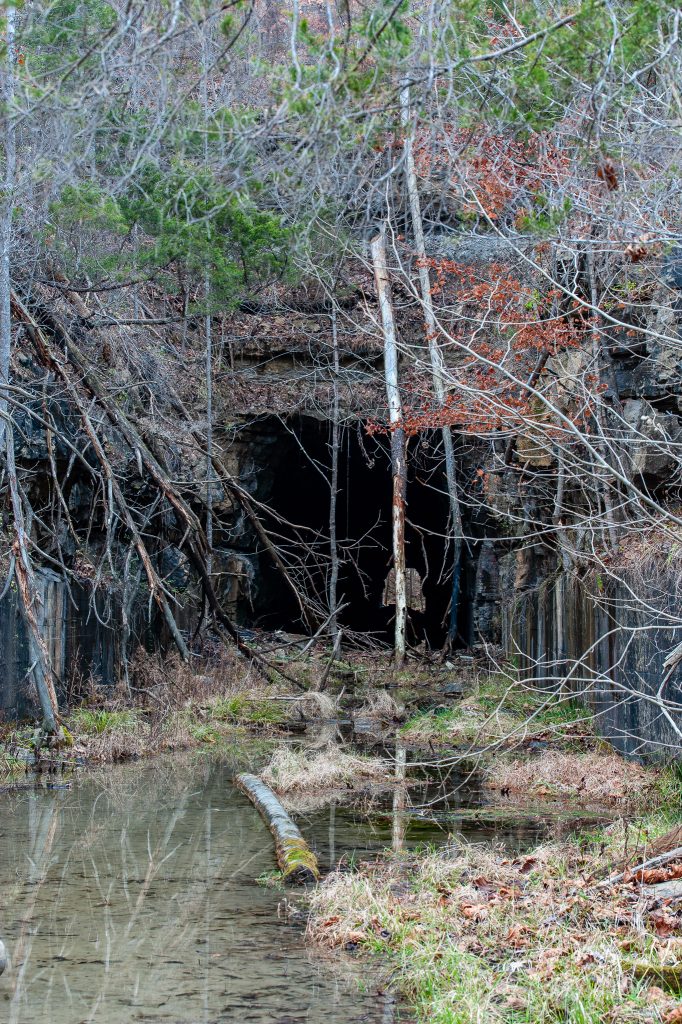