The Cleveland & Marietta Railway (C&M) is a former railroad between Marietta and Dover and the Harmer Connection in southeast Ohio.

The Marietta & Pittsburg Railroad was formed on September 29, 1868, 2 with the goal of connecting Marietta and Dennison. 6 The mainline was constructed between Marietta north to Macksburg in 1871, and to Newcomerstown and Canal Dover (Dover) in June 1874. 2 6 A branch was built northwest from Liberty through Coshocton County to Loudonville.

A supplemental certificate from August 1872 called for five additional branches:

The Marietta & Pittsburg reorganized as the Marietta, Pittsburg & Cleveland Railway on December 7, 1873. 2 It was put into receivership on August 5, 1875, and reincorporated as the Cleveland & Marietta Railroad (C&M) on May 29, 1879.

In September 1882, the C&M entered into an agreement with the Cleveland & Pittsburgh Railroad (C&P) to utilize their tracks between Canal Dover and Zoar. 1

The C&M was quitclaimed in April 1883. 2 One-third of the company was allocated to the Junction & Terminal property at Valley Junction while the remaining two-thirds went to the Wheeling & Lake Erie Railroad (W&LE), at which point the C&M was operated as a subsidiary of the W&LE. 1 The railroad once again entered into receivership on February 2, 1885, and it reorganized as the Cleveland & Marietta Railway (C&M) on July 2, 1886. 2 The C&M controlled 96.24 miles of track between Marietta and Canal Dover, and 6.89 miles of track from Marietta and the Harmer Connection with the Baltimore & Ohio Southwest Railroad.

The Pennsylvania Railroad (PRR) later acquired the C&M, which was operated as the Marietta Branch. The line was bustling as most of the traffic on the line consisted of coal mined in the southeast part of the state that was destined for the factories and Great Lake ports in Cleveland. At its peak, a northbound coal train would depart from Cambridge every 20 minutes.

In 1968, the PRR merged with the New York Central (NYC) to form the Penn Central Railroad (PC), which became a part of Conrail in 1976. 5 Declaring the line surplus with little originating traffic, the last train rolled over the Marietta Branch between Marietta and Dover on May 1.

In 1966, the Baltimore & Ohio Railroad (B&O) abandoned a portion of its Eastern Ohio Branch between the Marietta Branch near Pleasant City and Derwent and Lore City and obtained trackage rights with the PRR from that point north to Cambridge. 5 The B&O continued to use the remains of its Eastern Ohio Branch west of the Marietta Branch to serve the Central Ohio Coal Muskingum Mine where it shipped ammonium nitrate for use in explosives, a movement referred to as ZADYR, the Zanesville Dynamite Run. 5 6

The B&O ended regular service between Cambridge and Cumberland ended on June 18, 1986, after a bulk transfer facility for the Muskingum Mine at Woodlawn Avenue in Cambridge was built. 5 6 The nitrate was then shipped by truck to the mining site. Occasionally, oversized equipment, such as boom components for the last dragline to be built at the Muskingum Mine, would be transferred by flatcar. The last train to Cumberland, to deliver a small diesel switcher engine for the Muskingum Electric Railway, ran in October 1993.

Some trains continued to operate to BSI in Derwent until 1998 when a flood destroyed some track south of Byesville. 5 CSX, the B&O’s ultimate successor, attempted to abandon the line between Byesville to Cumberland in 1999. In order to maintain railroad service for BSI, the Cambridge-Guernsey Community Improvement Corporation was formed and purchased the line between Byesville and Derwent in 2000. Repairs to the line were finished in late 2001. Ownership of the rail line eventually passed to Byesville Scenic Trails.

The Byesville Scenic Railway (BS) was formed in 2006 to operate an excursion train between Byesville and Pleasant City. 5 The BS began work to reopen an additional 7½ miles of line from Pleasant City to Cumberland with the goal to connect to The Wilds, a large wild animal preserve on former Central Ohio Coal strip mine land.

The BS suspended passenger operations on August 21, 2011. 3 After reopening briefly, operations were once again suspended in April 2012. 4 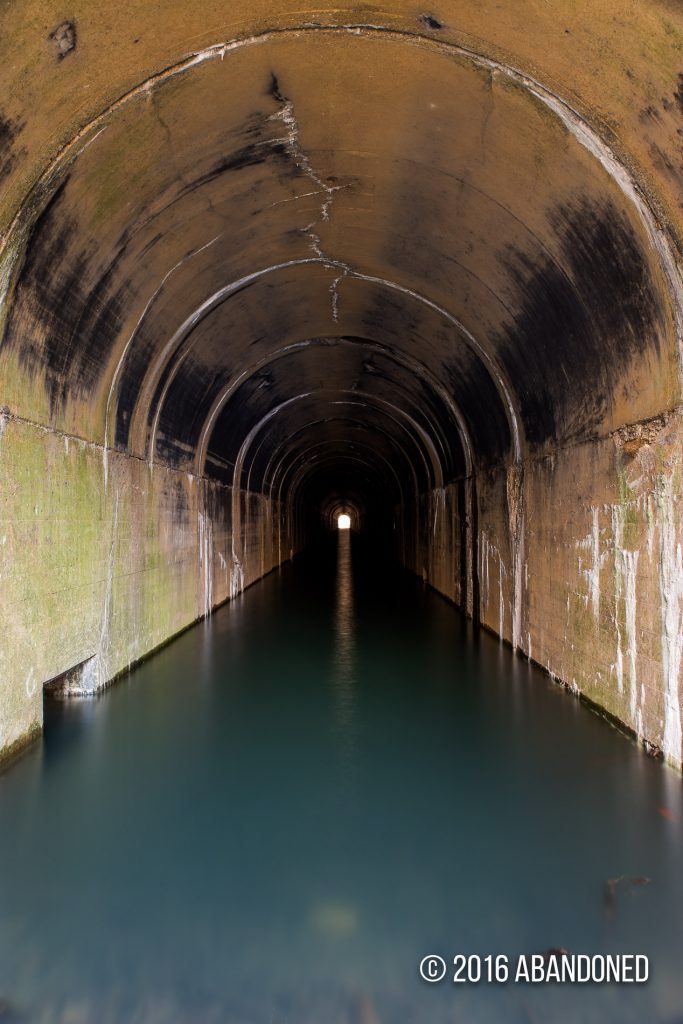 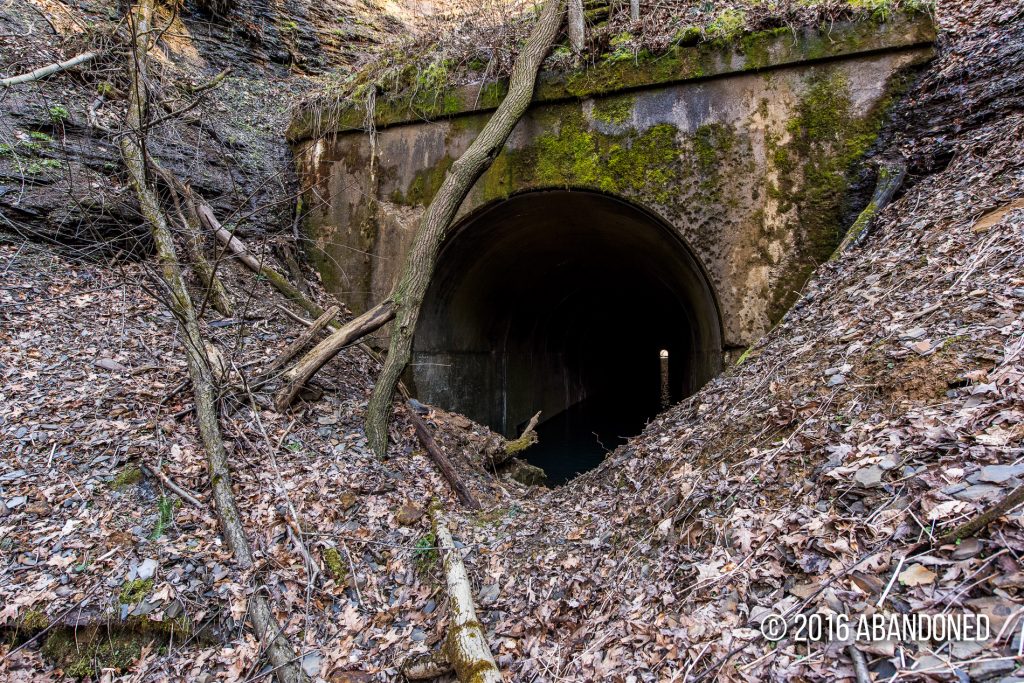 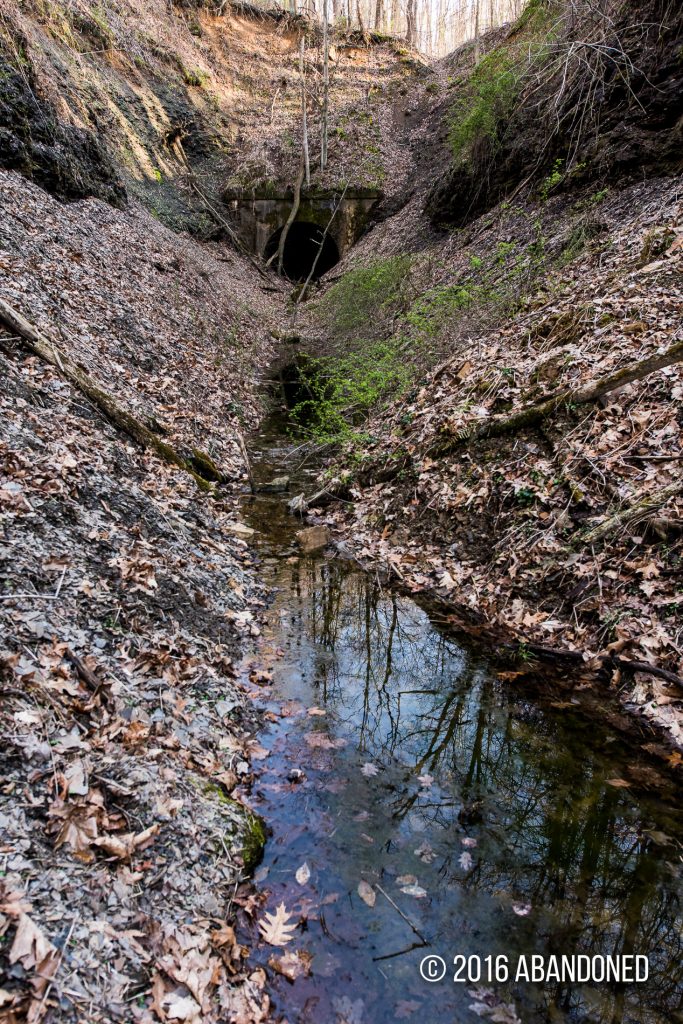 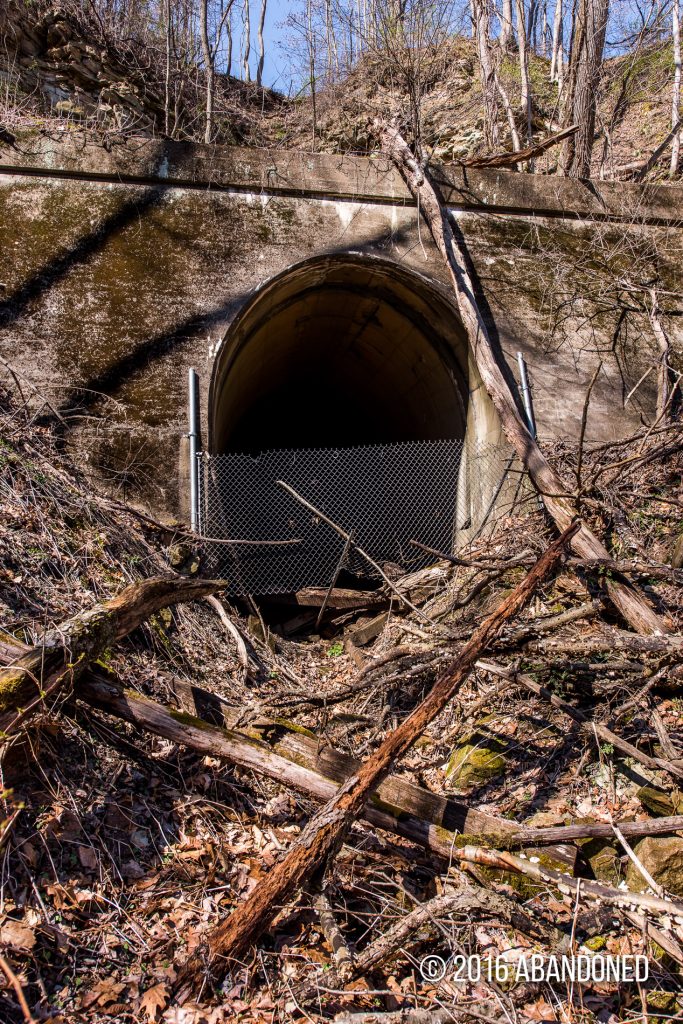 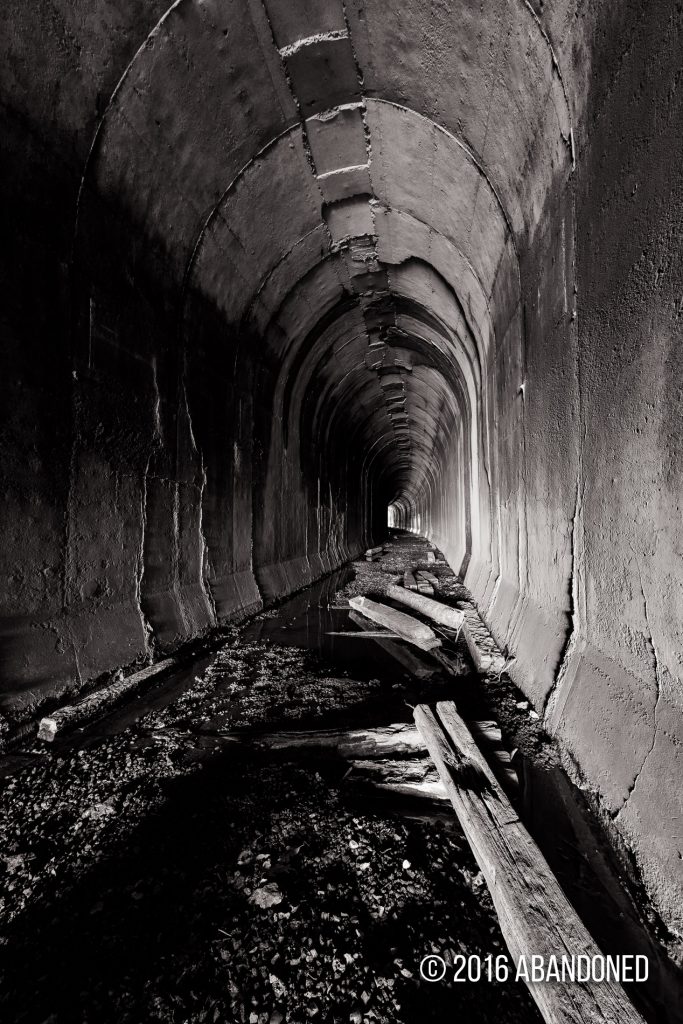 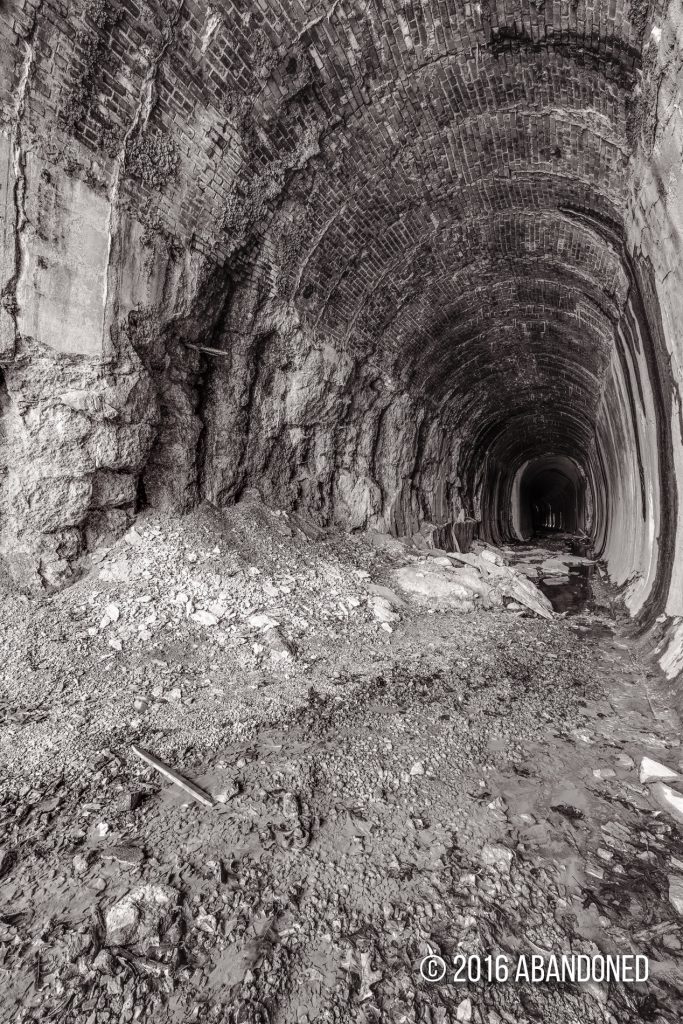 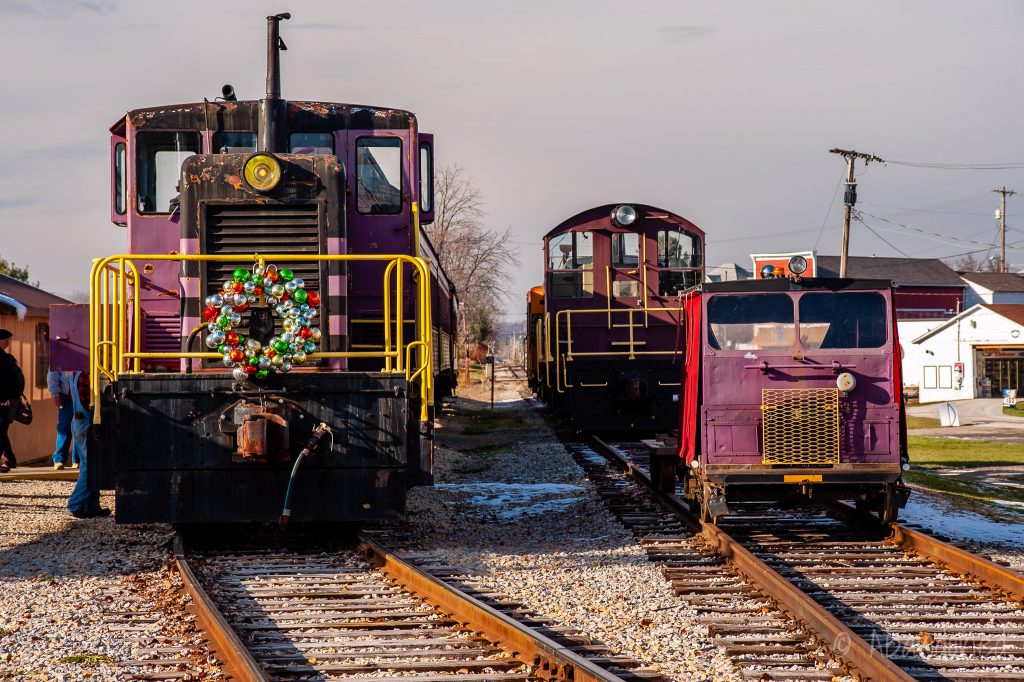 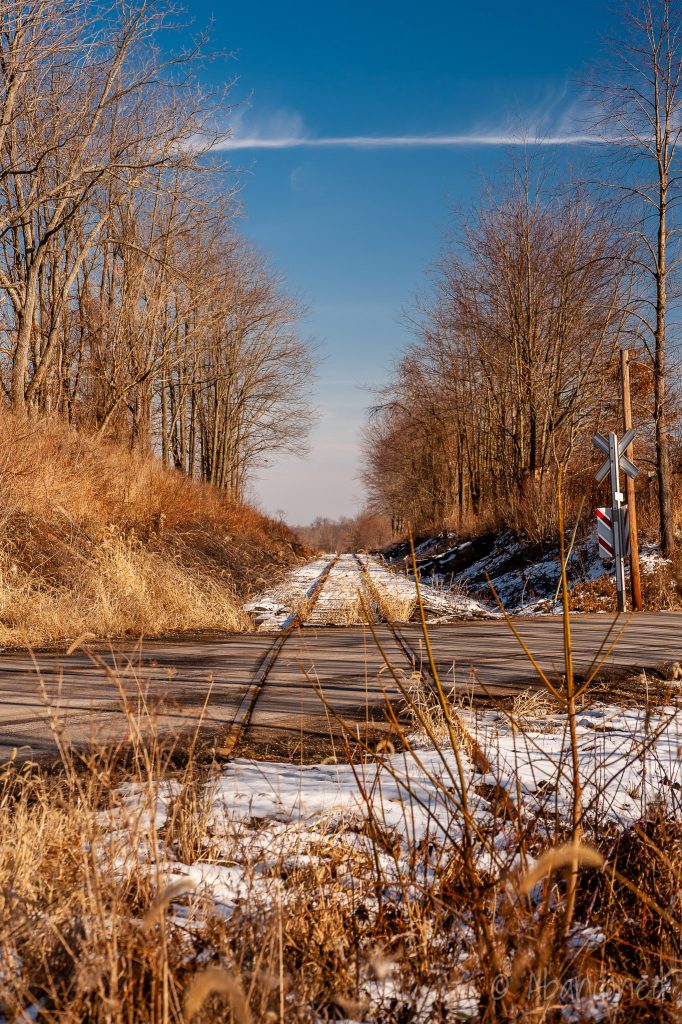 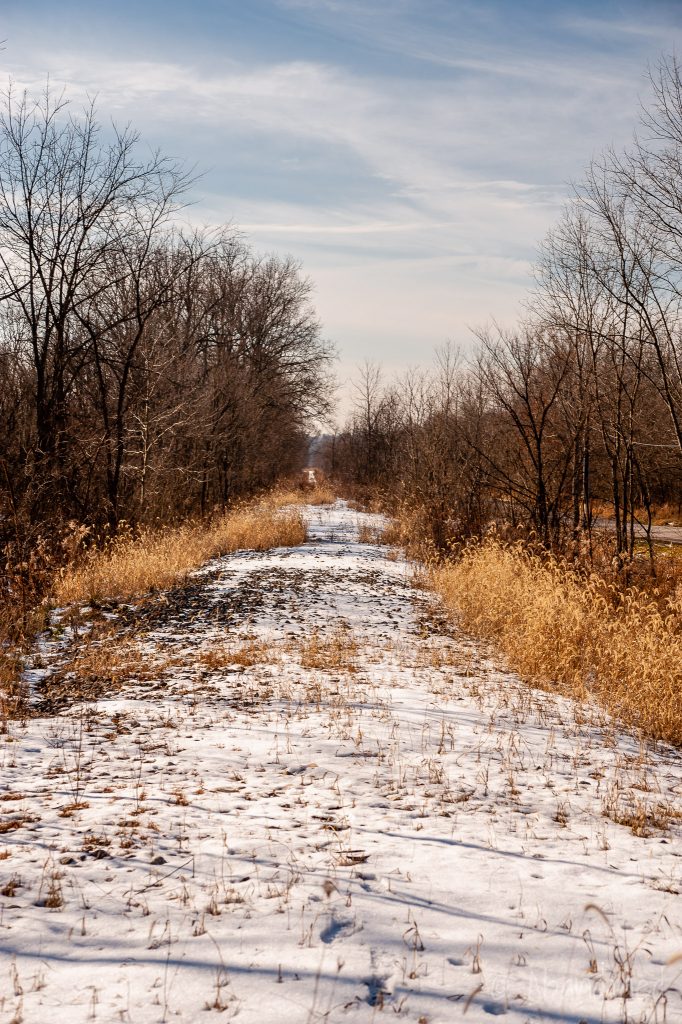 A Sunrise at the Indiana Army Ammunition Plant