Cooper Stadium is an abandoned baseball stadium that was home to several minor league teams in Columbus, Ohio.

The first minor league baseball team to form in Columbus was the Columbus Senators in 1888. 1 The Senators played their home games at Recreation Park before moving to a purpose-built concrete and steel stadium, a first for the minor leagues, in Neil Park in 1905.

The St. Louis Cardinals took control of the Columbus Senators in 1931 and renamed them Columbus Red Birds, which grew to become a top-level minor league baseball team in the American Association through 1954. 1 After acquiring the team, the Cardinals decided on constructing a new stadium for the Red Birds using the same blueprints that the Cardinals used to build the c. 1929 Red Wing Stadium in Rochester, New York. 1 3 4 The new 11,000-seat facility, which featured one of the installations of permanent outdoor lights at a stadium, was completed at the cost of $450,000.

The opener on June 3 drew more than 15,000 fans as the Red Birds obliterated the Louisville Colonels 11-2. 3 4 On June 17, the first night game in the stadium was held and attracted more than 21,000 people as the Red Birds defeated St. Paul 5-4 in 11 innings. The Red Birds won the American Association East division after going 101-51 and drew a league-best 178,190 fans over the season.

The investment in the new stadium paid off. Red Birds game attendance tripled between 1930 and 1932, 1 and the team had a streak of three straight Junior World Series titles between 1941 and 1943. 3 Other titles were achieved in 1933, 1934, 1937, and 1950. 1 After the 1950 season, the Red Birds went into a prolonged slump with a series of losing teams and dwindling attendance. Ultimately, the Red Birds were moved to Omaha, Nebraska after the 1954 season and became the Omaha Cardinals. 1 3

Not wanting Columbus to be without a baseball team, businessman Harold Cooper was able to secure a verbal agreement with the New York Yankees to house a minor-league team at the stadium. 3 Unfortunately, the Yankees instead signed with Denver. In January 1955, Cooper got together with a dozen other businessmen and was able to lure the Ottawa A’s from the International League to Columbus. 3 They began playing as the Columbus Jets, an affiliate of the Kansas City Athletics, in the re-christened Jets Stadium. 1 3 4

The partnership was short-lived as in 1957, the Jets became an affiliate of the Pittsburgh Pirates. 1 3 The team went on to win league titles in 1961 and 1967.

By 1970, the Jets Stadium was in need of major repairs, but the Internal Revenue Service ruled that the Jets were a non-profit organization that could not use its profits to repair the facility. 1 3 Unable to get insurance on the stadium, the Jets made the decision to move to Charleston, West Virginia, becoming the Charleston Charlies.

In 1977, the county acquired the unused stadium and began to overhaul the stadium at the cost of $2.6 million. 1 3 The project included structural renovations and new amenities such as skyboxes, press booths, and Astroturf, along with overflow bleachers that brought the total seating capacity up to 15,000 spectators. At the same time, Franklin County Commissioner Harold Cooper brokered a deal to have the International League grant a new franchise to the city, and the Charleston Charlies were returned to Columbus to form the Columbus Clippers, which served as the minor-league affiliate of the Pittsburgh Pirates. 1 3 4 The newly refreshed and re-named Franklin County Stadium reopened on April 22. After two seasons, the Clippers became the minor-league affiliate of the New York Yankees.

On August 19, 1984, the stadium is renamed Cooper Stadium after Harold Cooper, then the president of the International League, for his selfless dedication to keeping baseball in the city. 1 3

By the 2000s, the county began exploring options to rehabilitate the ailing Cooper Stadium, which had structural concerns and outdated features that included shag carpeting and wood paneling in the luxury boxes. 11 In April 2005, it was decided to construct a new ballpark in the Arena District as it was determined that renovating the existing facility would not be cost-effective. The ground was broken for the new $55 million baseball stadium on August 2, 2007.

An overflow crowd of 16,777 fans said goodbye to 76-year-old Cooper Stadium as the Clippers played against the Toledo Mud Hens on September 1, 2008. 1 5 It was the 4,697th and last professional baseball game to be held in the facility. 5 Not long after on September 18, the Cleveland Indians signed a four-year player development contract with the Clippers, who became the club’s top minor league affiliate. 7

Construction of the new Huntington Park wrapped up in April 2009. The new 10,000 seat facility was lauded for its more central location next to downtown, its fully accessible design, and modern amenities. 12

There were several proposals to reuse the closed Cooper Stadium, which included demolishing the southern end of the facility to make way for an automobile race track and to overhaul the stadium for the baseball, football, lacrosse, and soccer events for the Ohio High School Athletic Association. 1 In June 2011, Arshot Investment proposed reusing the facility as the Sports Pavilion Automotive Research Complex (SPARC), a $40 million sports entertainment center that would feature a half-mile track with room for 8,000 spectators, an automotive research and development facility, a hotel, and two restaurants. 1 8 10 13 The county sold the old stadium to Arshot for $3.4 million in 2012. 1 8 10 A groundbreaking ceremony for SPARC was held on October 24, 2012, and much of the grandstand was demolished in April 2014. 9 10

The initial proposal never panned out and Arshot proposed building office space and 500 apartments at the former Cooper Stadium site. 9

Cooper Stadium hosted events over the years other than baseball. 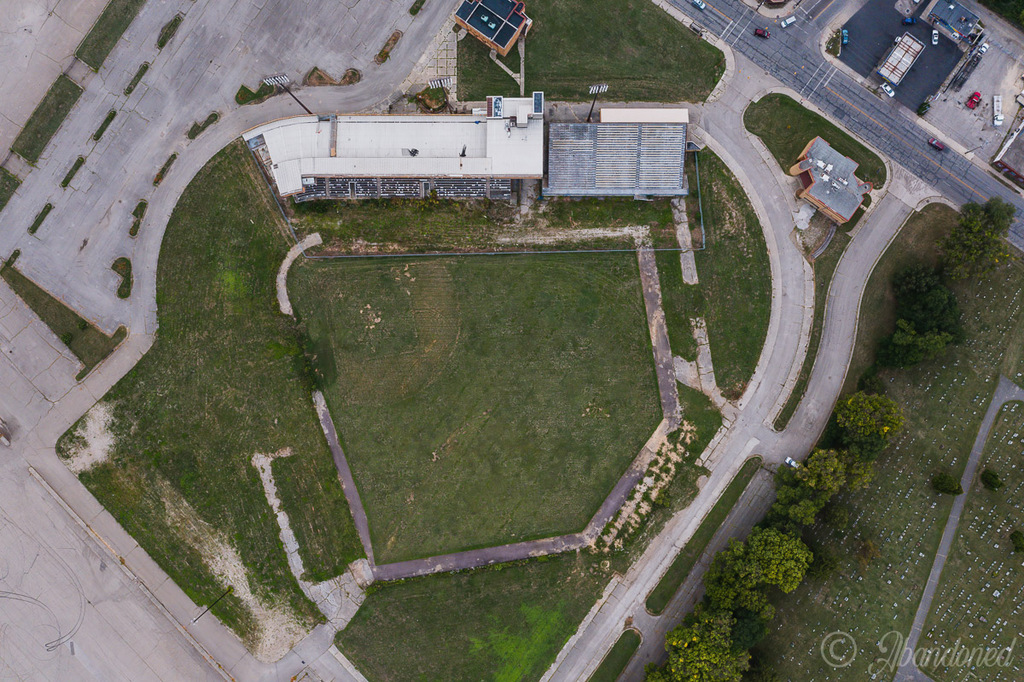 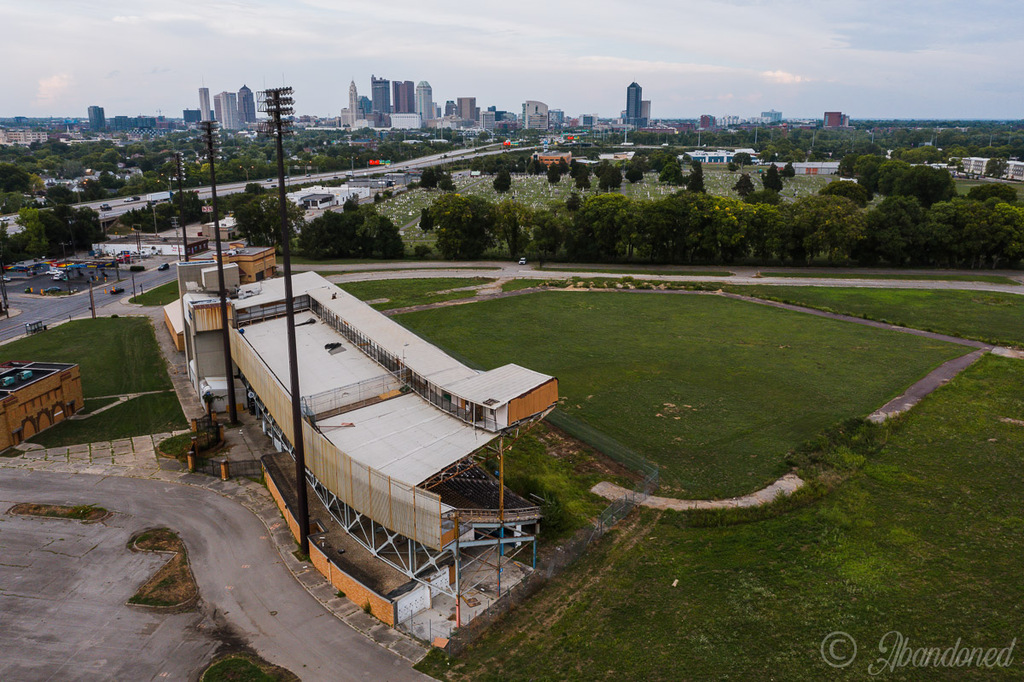 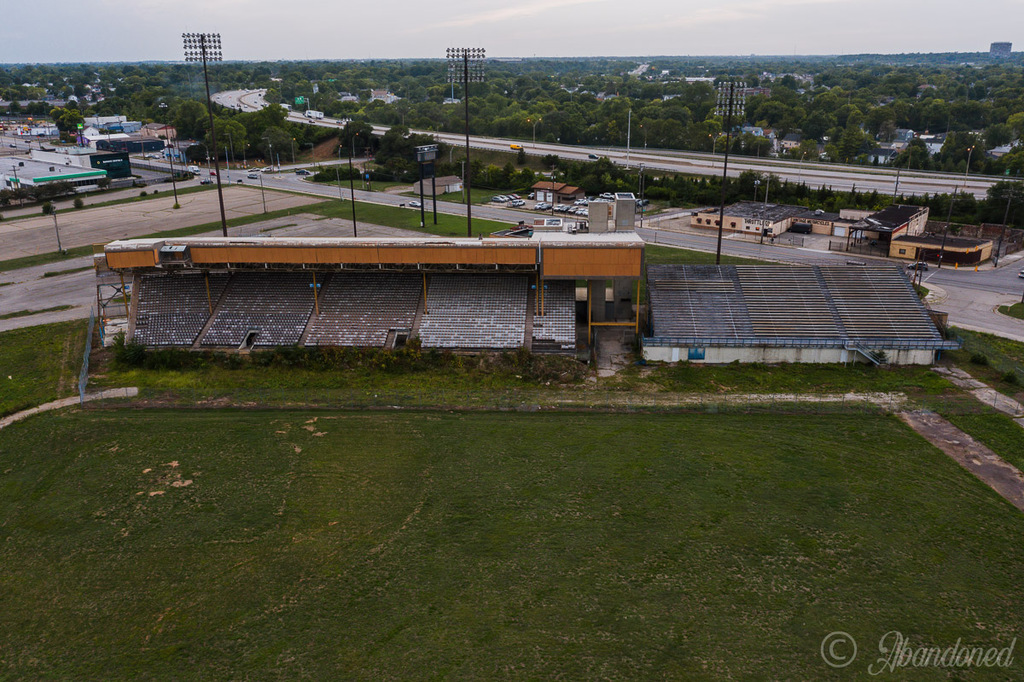 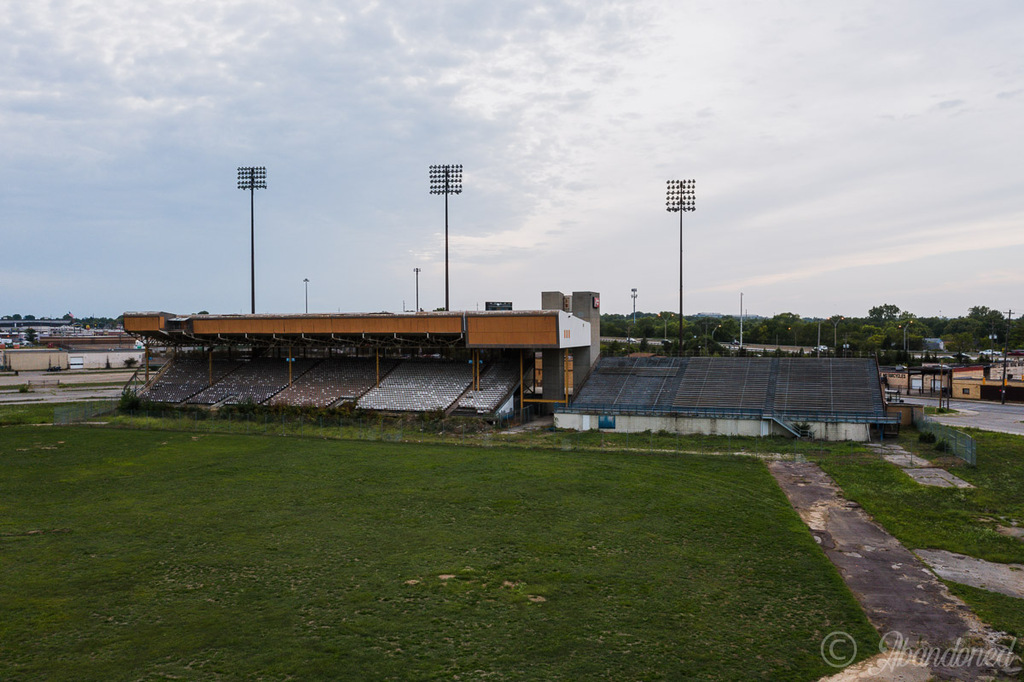 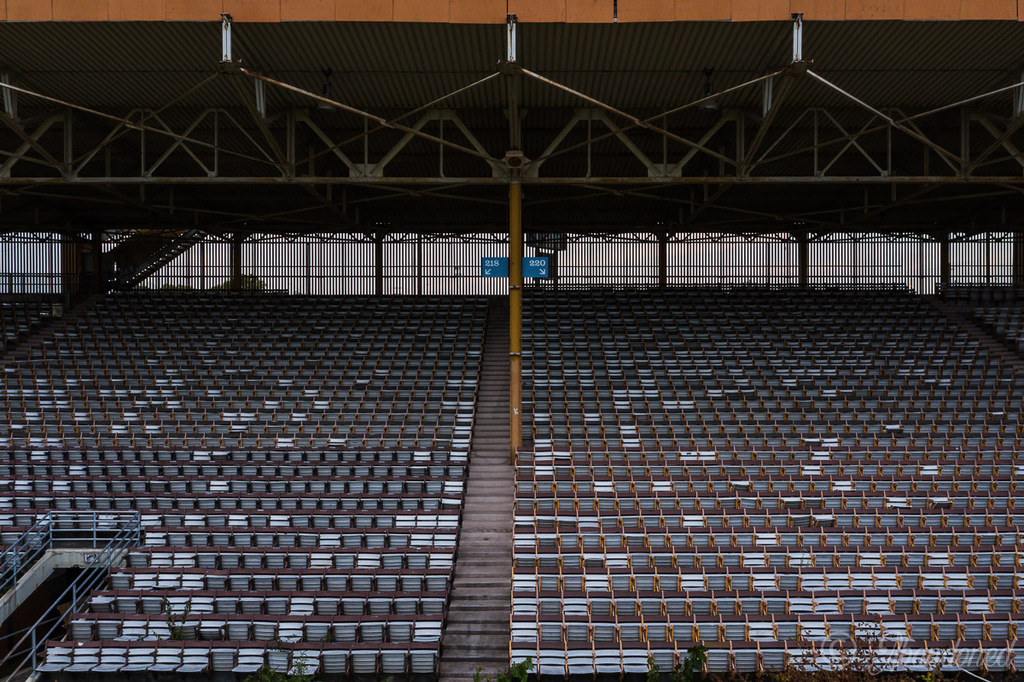 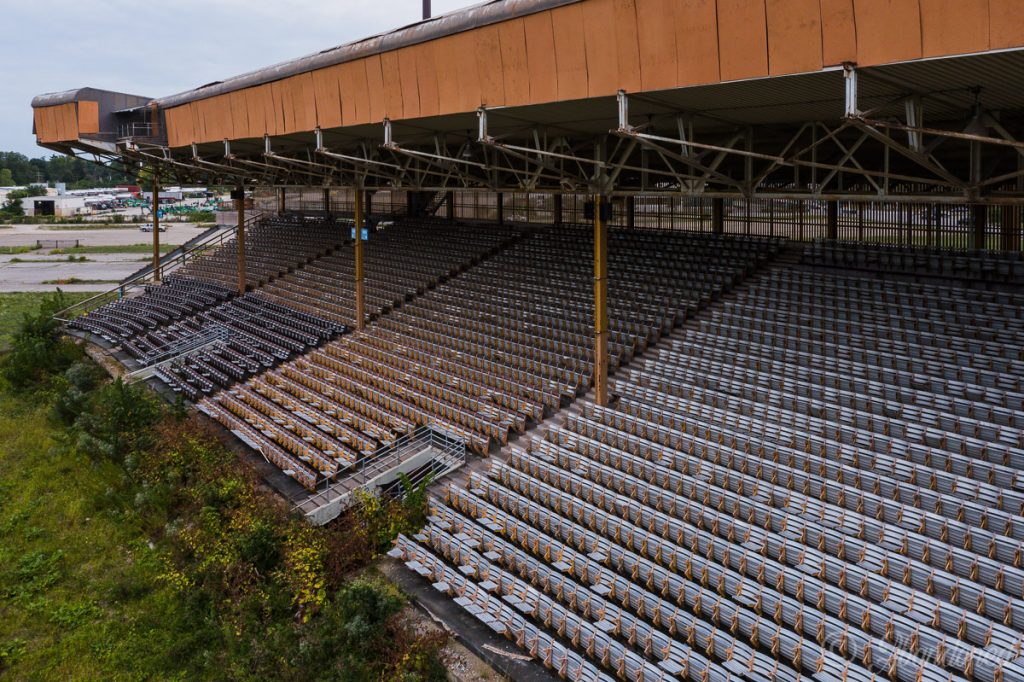 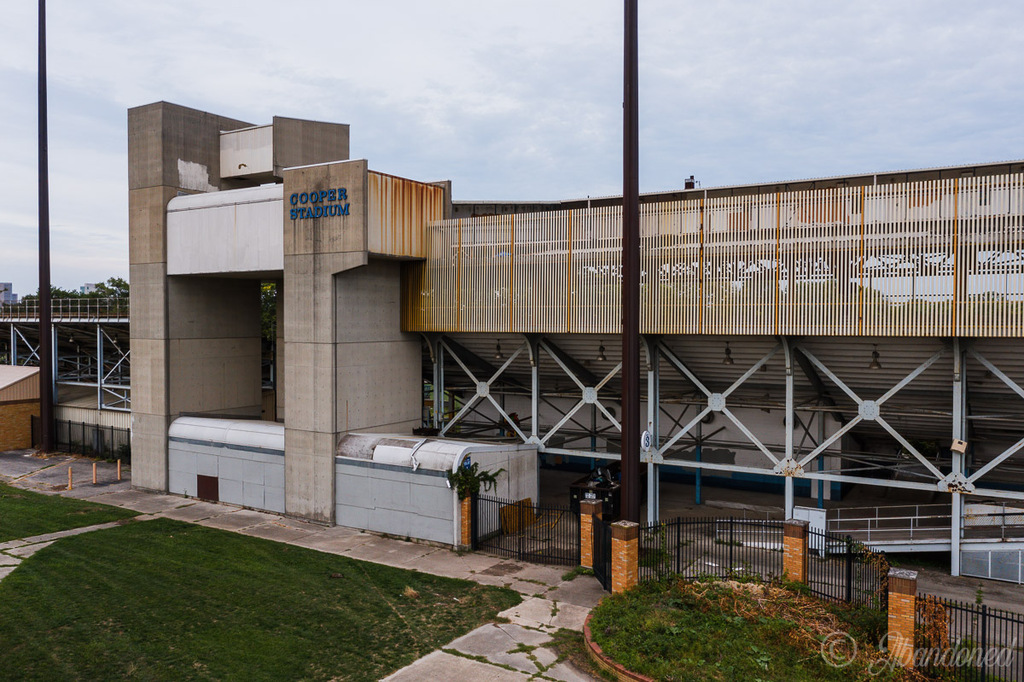 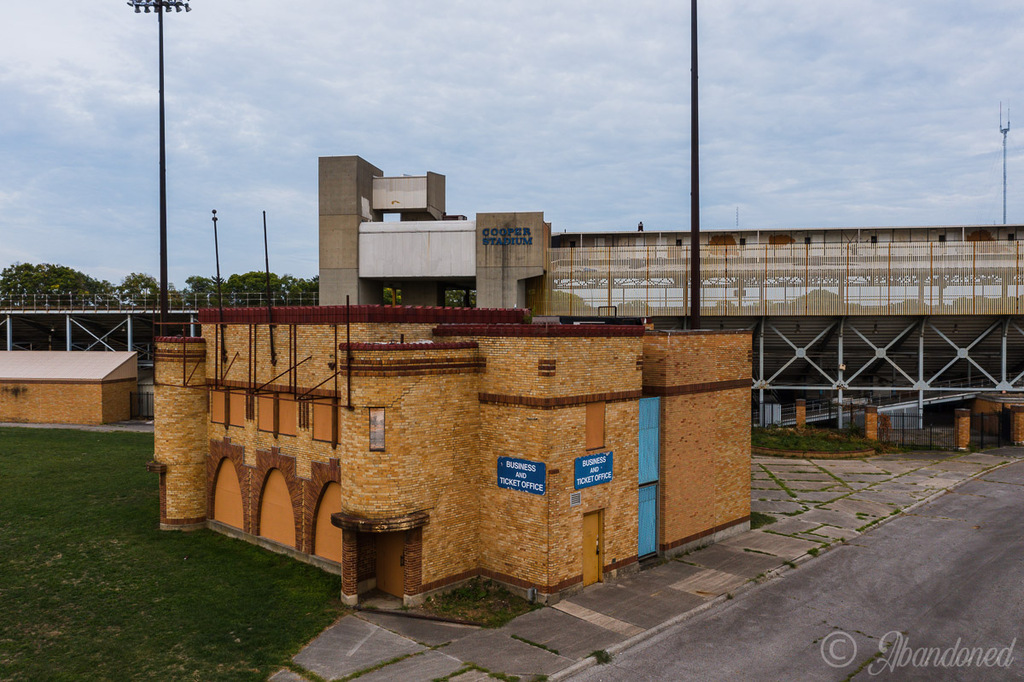 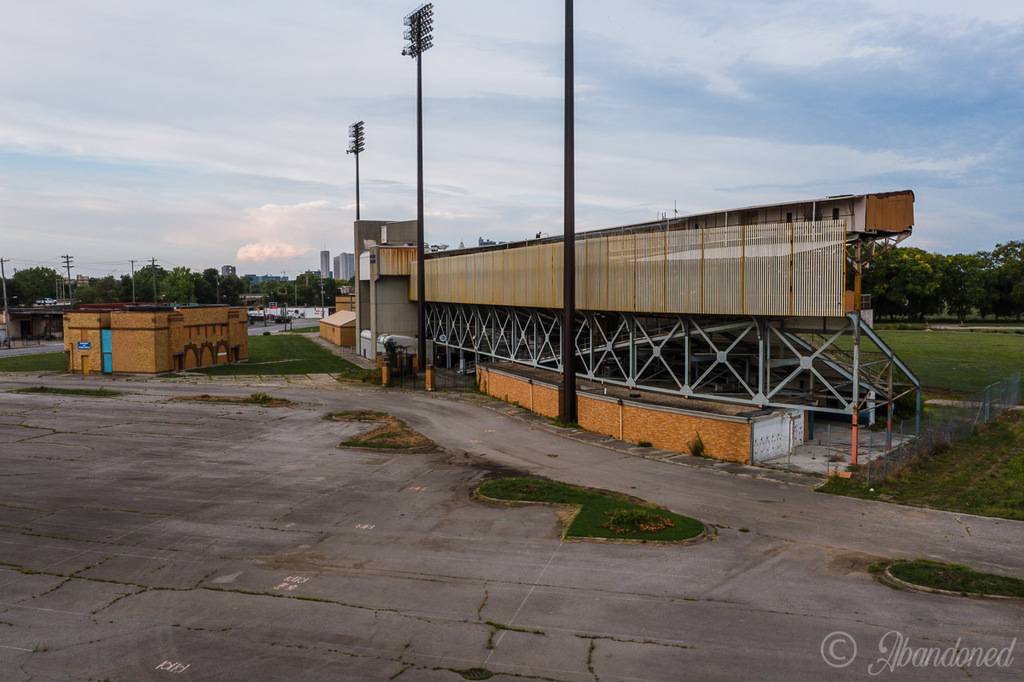