The Dennison Hotel was a hotel at 716-721 Main Street in downtown Cincinnati, Ohio. The building was originally constructed for the G.B. Schulte Sons’ Company and later remodeled into the Dennison.

The G.B. Schulte Sons’ Company was an early iron and steel fabricator and manufactured springs, axles, carriage, and wagon hardware, and hand tools for blacksmiths at their factory at 261 and 263 Main Street. The firm acquired land elsewhere on Main Street in 1891 and demolished a two-story upholstery shop for the construction of a six-story factory designed by the Cincinnati-based architectural firm Samuel Hannaford & Sons. 15 G. B. Schulte Sons’ remained in business until it closed in 1930.

The Globe Wernicks Service Company then leased the first three floors from G. B. Schulte Sons’, installed a new front facade, built a large mezzanine floor, and used the space to showcase office furnishings. 20 The upper floors were renovated for the Main Hotel, 21 a 100-room and 60-bath hotel 23 operated by Stoller & Sander with a lease term of 15 years with privilege of purchase for $275,000, 22 and opened on June 20, 1931. 23 Stoller & Sander had declared bankruptcy by March 1932 21 and on June 6, Robert Uricho, a former city councilman, purchased the furnishings of the hotel for $5,500. 22 Uricho then announced that he had made arrangements with G. B. Schulte Sons’ to take over and operate the hotel.

The Dennison Hotel opened at East Fifth and 448 Main Streets 5 circa 1822, and later advertisements in the local newspaper boasted its location near the new post office and amenities such as incandescent light and all-night service. 7 The hotel may have been part of a larger company, with at least another location in Indianapolis, Indiana. 8

In early 1931, the city proposed to widen East Fifth Street between Main and Pike Streets, which would involve the condemnation of numerous properties along the roadway. 3 The city paid $229,000 in fair market value to the owners of the Don Cohen Realty Company, owners of the Dennison. 4 An auction was held for the hotel’s furnishings on May 2 5 and the building was demolished by the Cleveland Wrecking Company on the week of May 15. 6

With assistance from Uricho, the Dennison Hotel reopened as the New Dennison Hotel in the former G. B. Schulte Sons’ building in 1933. The lower three floors continued to host Globe Wernicks Service Company’s office furnishings successor, Kelsall-Voorheis, until its final sale on May 19, 1966. 24

Then-owner David Jacobson announced that the Dennison Hotel’s facade would be remodeled in October, and hired architects Alvin Lipson and Robert W. Wallace to design a marble, glass, and stainless steel facade and craft plans for two first-floor retail stores and a third-floor office. 10 The remodeling was never carried out.

In September 1967, the Dennison Hotel building was sold to Ralph C. Browne, 9 who at the time operated the Bristol Hotel, Browne Hotel, Fort Washington Hotel, Fountain Square Hotel, Pettit Hotel, and Princeton Hotel downtown. 11 Occupants in the building, other than the Dennison, included Alert Letter Service and B&B Surgical Supplies. 9

The Cincinnati Center City Development Corporation (3CDC) entered into negotiations to purchase and redevelop the Dennison Hotel in April 2010. 1 3CDC partnered with Walnut Hills-based Model Group and proposed renovating the building into Ironworks Apartments, 12 63 affordable apartments for individuals with mental health and substance abuse issues at the cost of $11 million. 13 The exterior would be restored to its original appearance while each residential unit would include a kitchen and bathroom. 2

The Model Group purchased the Dennison for $700,000 in September, financed with a $700,000 loan from 3CDC. 13 Talks began with the Talbert House to provide assistive services for residents of the renovated building. 2 13 The company also sought conventional loans, state historic tax credits, and $3.3 million from the Cincinnati Metropolitan Housing Authority for additional funding for the project. Tenants that lived in the Dennison were evicted in preparation for the renovations.

After a financing deal to renovate the Dennison fell through, the building was sold to a subsidiary of 3CDC for $1.3 million on July 24, 2013. 12 17 18 It was then acquired by an affiliate of the Columbia Development Group for $744,431 in August with the intention of demolishing the building. 17 18 Columbia had begun acquiring land around the Dennison Hotel in the 1960s, razing multiple buildings for parking lots. 15

In March 2016, Columbia sought permission from the city’s Historic Conservation Board to demolish the Dennison, citing the infeasibility of rehabilitating the building for other uses 14 and the “damaging effect” of supportive housing on their investments. 19 The Dennison was within the Cincinnati East Manufacturing & Warehouse District, a National Register of Historic Places designated area. 14

The company proposed in its place a Class A office building for a potential Fortune 500 company, although the rendering of the structure was recycled from a proposal for General Electric’s Global Operations Center. 18 In the interim, Columbia requested that the building be removed for a parking lot, although such uses were banned within the parking subdistrict the Dennison was within. 19

During a Historic Conservation Board hearing on June 16, Paul Muller of the Cincinnati Preservation Association said that at least eight real estate developers have expressed interest in rehabilitating the Dennison Hotel. 15 Several, including City Center Properties, Urban Sites, OTR ADOPT, and JCore Redevelopment, signed letters that the Dennison Hotel could be economically renovated instead of torn down. Columbia disputed the claims.

The hearing resulted in the rejection of the demolition application in a 3-2 decision and it was noted that Columbia did not consider whether it could obtain state or federal historic preservation tax credits to support any renovation project and that Columbia did not offer the property for sale to another entity who might be able to pursue rehabilitation of the building. 15 16

Columbia vowed to appeal the decision to the city’s Board of Zoning Appeals, 15 and the decision to block the demolition of the Dennison was overturned in December. 25 Columbia secured a demolition permit for the former hotel in late January 2017 and the building was razed shortly after. 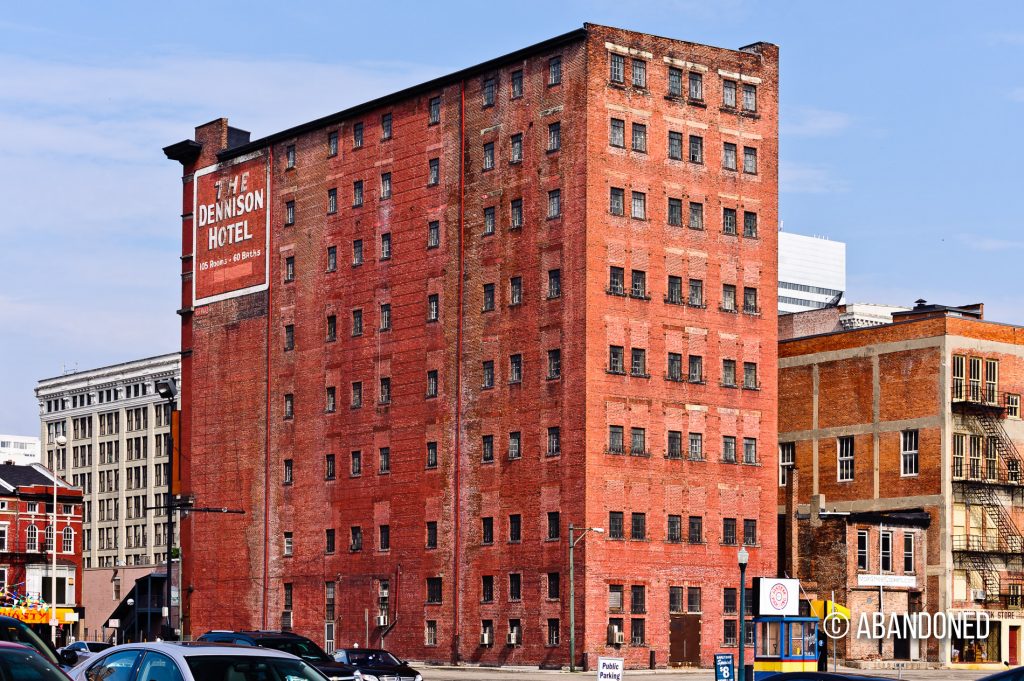 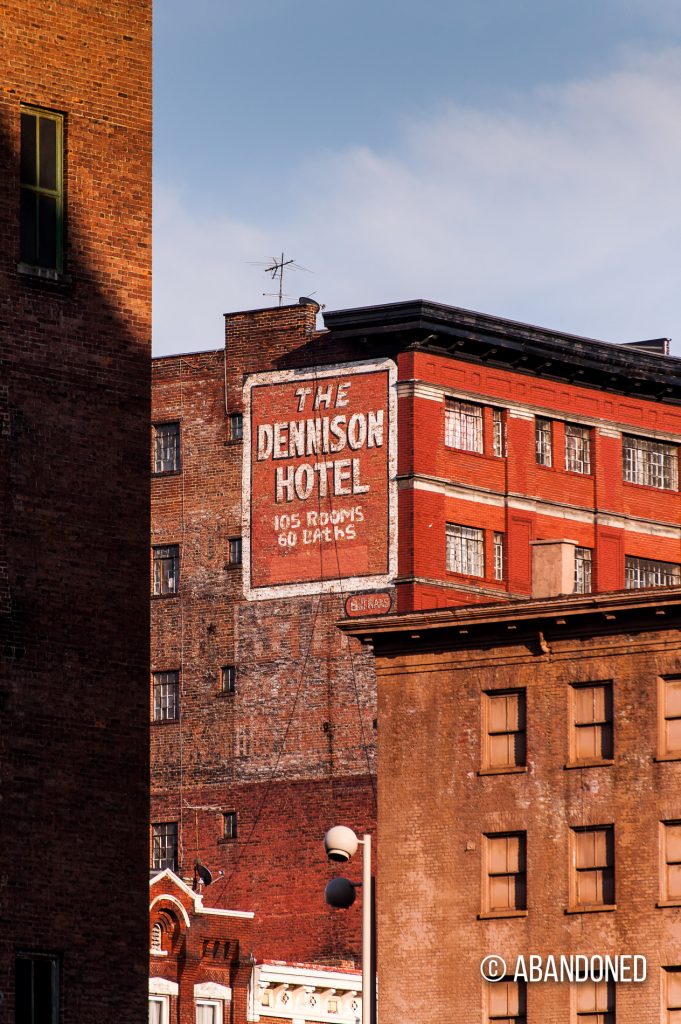 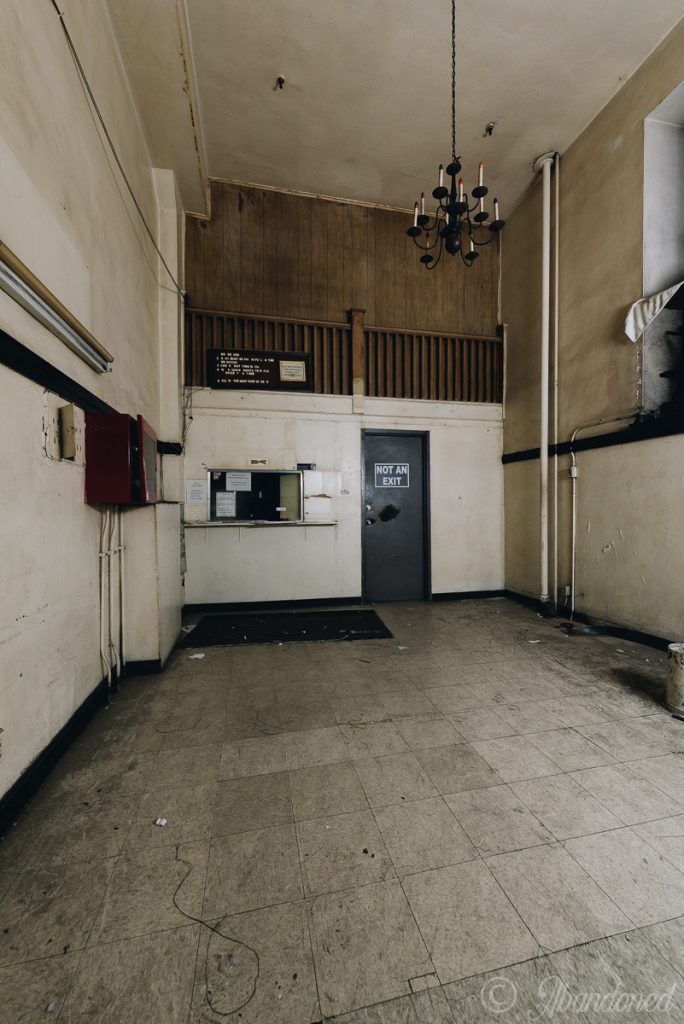 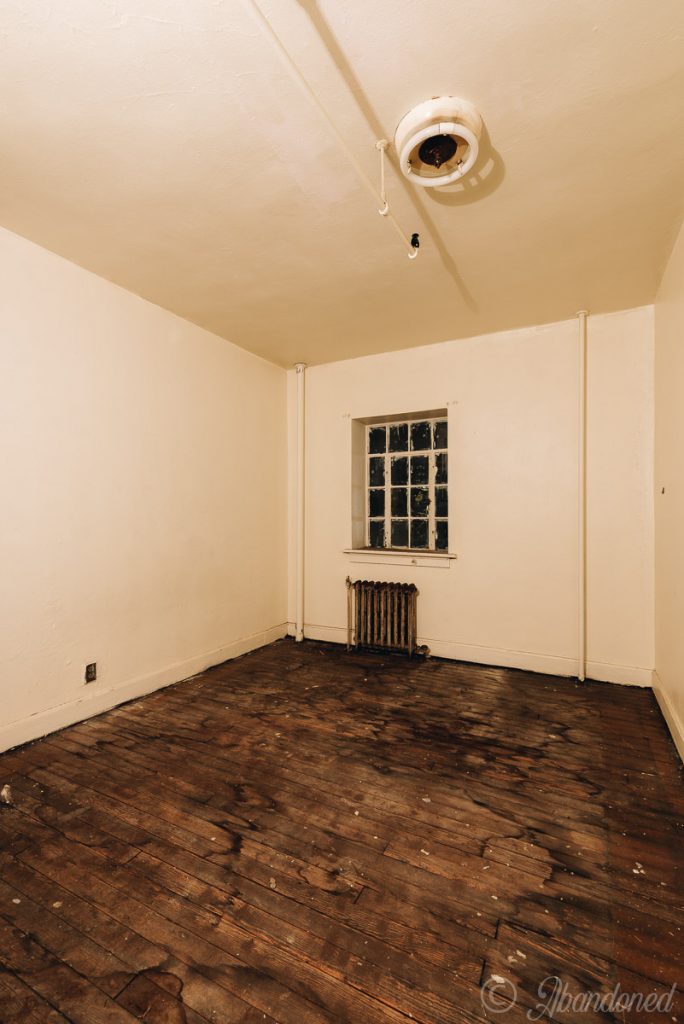 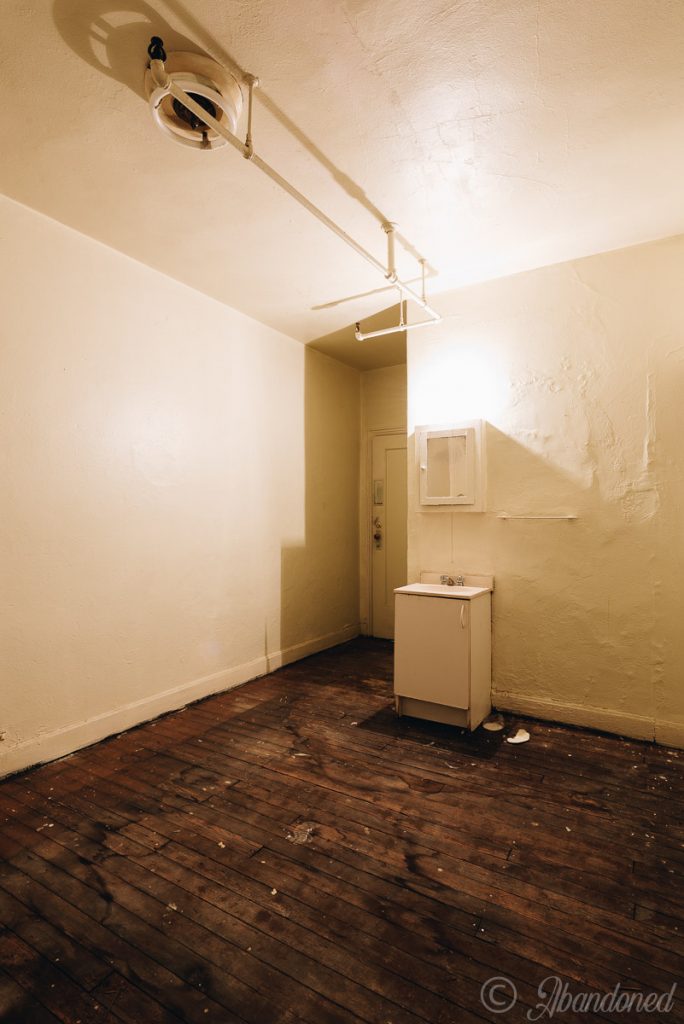 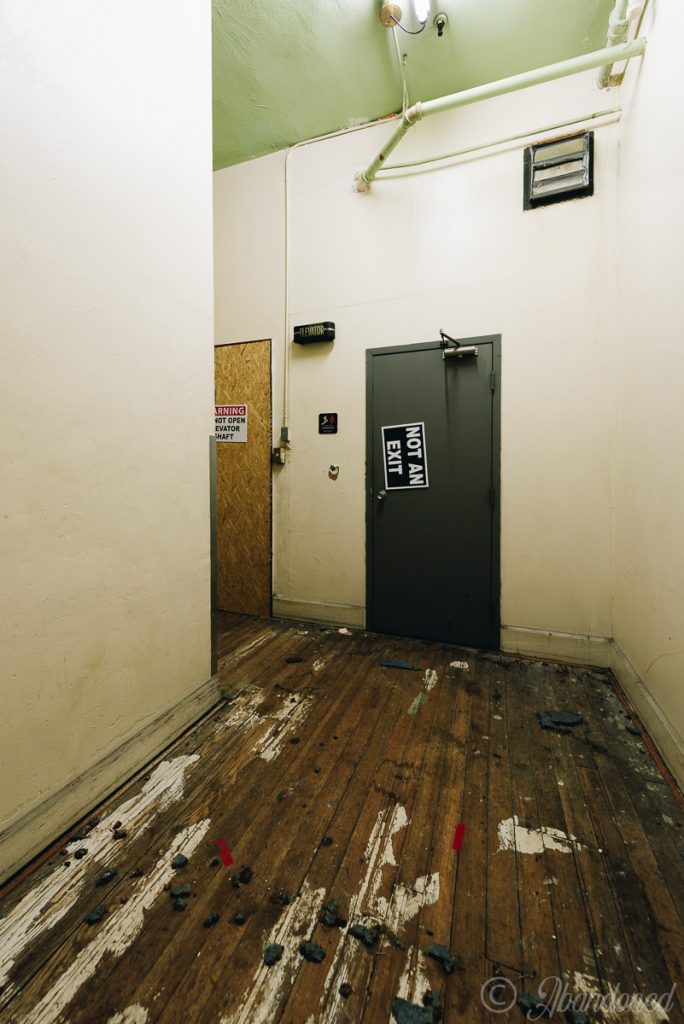 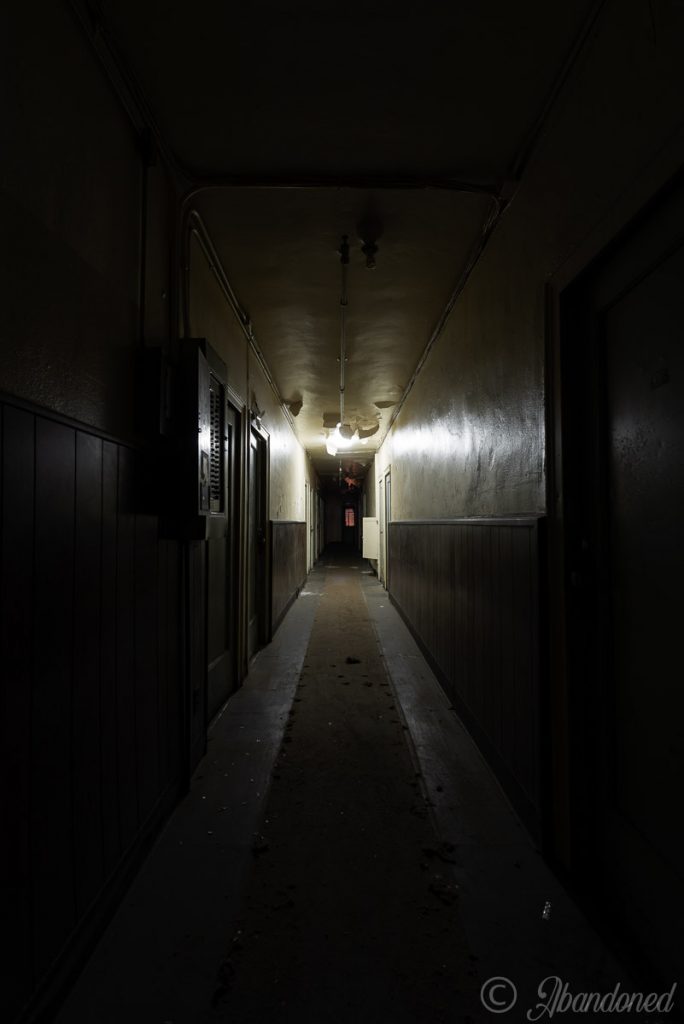 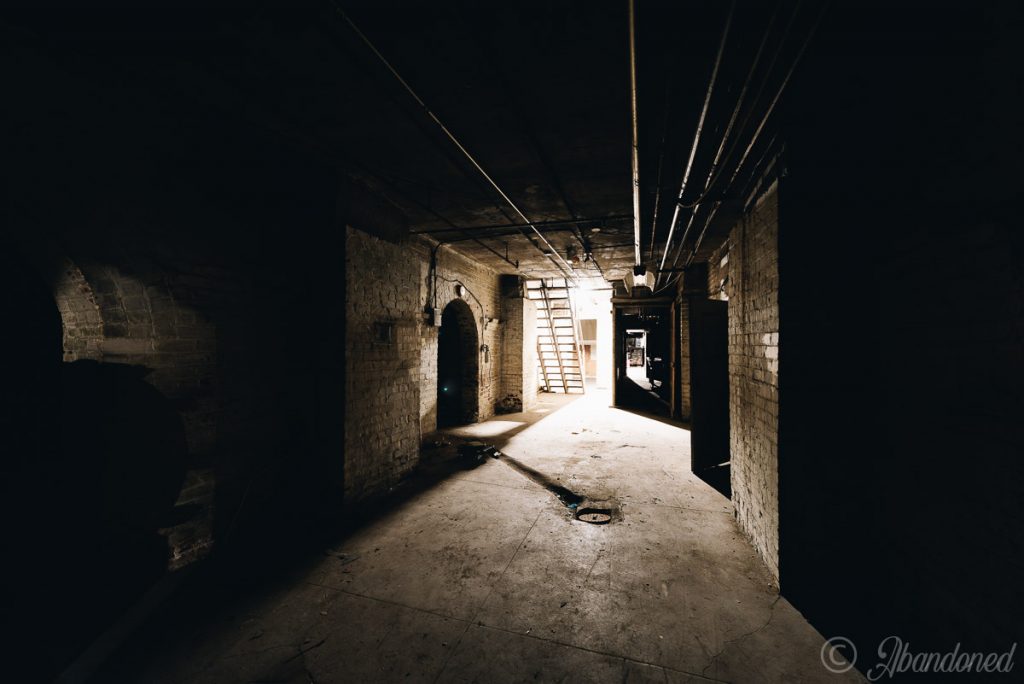