The Dorrance Colliery is an abandoned colliery that was operated by the Lehigh Valley Coal Company between 1880 and 1959.

The supply of anthracite in the United States is concentrated in a 484 square mile of northeast Pennsylvania. 4 Characterized by its jet-black color, anthracite is slow-burning, high in carbon, and has few impurities, making it an ideal fuel for both industries and residences. Anthracite gained widespread use in the 1840s when it began to be used for smelting iron in foundries, powering steam engines, and heating homes, and its low cost kickstarted the industrial revolution.

The Lehigh Valley Railroad (LV) was formed in 1850 and the initial 46 miles of the line was completed between the coalfields around Mauch Chunk to Easton, Pennsylvania in 1855. 4 The company then expanded into the developing coalfields to the west and north towards the Wyoming Valley in the 1860s, joining four other major railroads and a number of smaller, local lines, in hauling coal from the region. The LV, encouraged by the passage of state law in 1868 that encouraged railroads to expand the landholdings and coal companies to merge, soon acquired over 7,000 acres of land in Plains, West Pittston, Wilkes-Barre, and Yatesville townships and bought outright or an interest in several coal companies.

As the LV’s charger did not include mining rights, the company was forced to develop a new entity with a charter that would give it the legal ability to develop its coal properties. 4 In June 1872, the LV purchased the charter of the Green Land Company. The railroad then transferred its properties that had coal reserves to the Green Land Company, which was renamed the Lehigh Valley Coal Company in 1875, a wholly-owned subsidiary of the LV.

To support its anthracite holdings in the Northern Field coalfield, Lehigh Valley Coal constructed the Dorrance Colliery in 1880-83 in Wilkes-Barre. 1 It was named after Colonel Charles Dorrance, for whom the LV leased notable coal lands. 4 The colliery grew to include several upcast air shafts to disperse of chemical and physical contaminants in the coal mine and several downcast air shafts to provide adequate ventilation for the miners underground. 3

The first upcast shaft was finished in April 1884 and included an iron and wood double outlet Gubial fan. 2 4 Air was drawn up the airshaft by the fan, operating at 49 revolutions per minute, and divided by a pointed brick wall where the air was split and entered both sides of the fan. The fan then pushed the air to the outside by centrifugal force via an exhaust stack. The Gubial fan, with a 35-foot span, was one of the largest of its type used in the region and was powered by a horizontal slide valve steam engine.

A second ventilation fan was installed at the Dorrance No. 2 shaft in 1889. 4 The 30-foot diameter, single-inlet Gubial fan was powered by a connected steam engine.

The Dorrance mine was expanded several times between 1890 and 1907, which prompted the need for a new airshaft to further ventilate the mine of dangerous, explosive gasses. 4 Work began on the No. 4 airshaft in December 1907 and was completed on October 29, 1908. It included the addition of a Dickson-Gubial fan with a 28-foot span and a Corliss steam engine.

At the same time, work began on a new fan house and drift to ventilate the Hillman vein. 4 Concrete and steel supports were added to the No. 1, No. 2, and No. 3 airshafts and in 1909, the circa 1883 Gubial fan and steam engine were moved from the No. 1 airshaft to the No. 2 airshaft. The new airway had a brick air split and large ventilating doors that could be opened or closed to direct air to one or both sides of the fan.

The antiquity of the original Guibal fans and the continued expansion of the underground mines necessitated the construction of a new, centralized fan house in the 1930s. 2 4 A new fan house was constructed in 1936 to connect the Baltimore and Hillman fan houses. Large ventilating doors blocked air from entering the Gubial fan and directed it up the airshaft to a new Buffalo Forge single inlet Duplex Conoidal exhaust centrifugal fan connected to a Corliss steam engine. 4

The original Gubial fan and fan house were maintained in reserve for emergency use.

Underground mining in the Wyoming Valley coalfield ceased at 11:42 AM on January 22, 1959. 4 Miners working in the Knox Mine north of the Dorrance Colliery broke through the rock separating the mine from the Susquehanna River, drowning twelve miners. Despite frantic efforts to dam the flood, water soon inundated all of the mines in the Northern Field, forcing the closure of the colliery. Over 7,500 miners lost their jobs in the anthracite region and by 1960, production was down to 17 million tons.

In 1963, the colliery was acquired by the Dorr Corporation, the real estate division of Pagnotti Enterprises, who had intended to redevelop the site as it was situated just minutes from downtown. 4 The company paid taxes on the land until 1977 but completely neglected to pay taxes on the buildings. The buildings became the property of the county in lieu of the unpaid taxes.

In March 1983, David Rowland offered to buy seven acres of the colliery property from Dorr for the construction of a 120-bed nursing home. 4 To complete the sale, Dorr reached an understanding with the county on the tax issue, agreeing to pay all taxes due on the land, with interest and penalties, in exchange for ownership of the buildings free of taxes. Dorr also agreed to demolish all of the small buildings at the colliery before June 1983 and to dismantle the breaker, boiler house, and stack by May 1984.

As of 2019, the Dorrance Colliery fan complex remains the most complete mine ventilation system in the anthracite coal mining region. 4 Despite attempts over the prior decades to preserve the industrial relic, the site is scheduled to be demolished over its unsafe conditions. 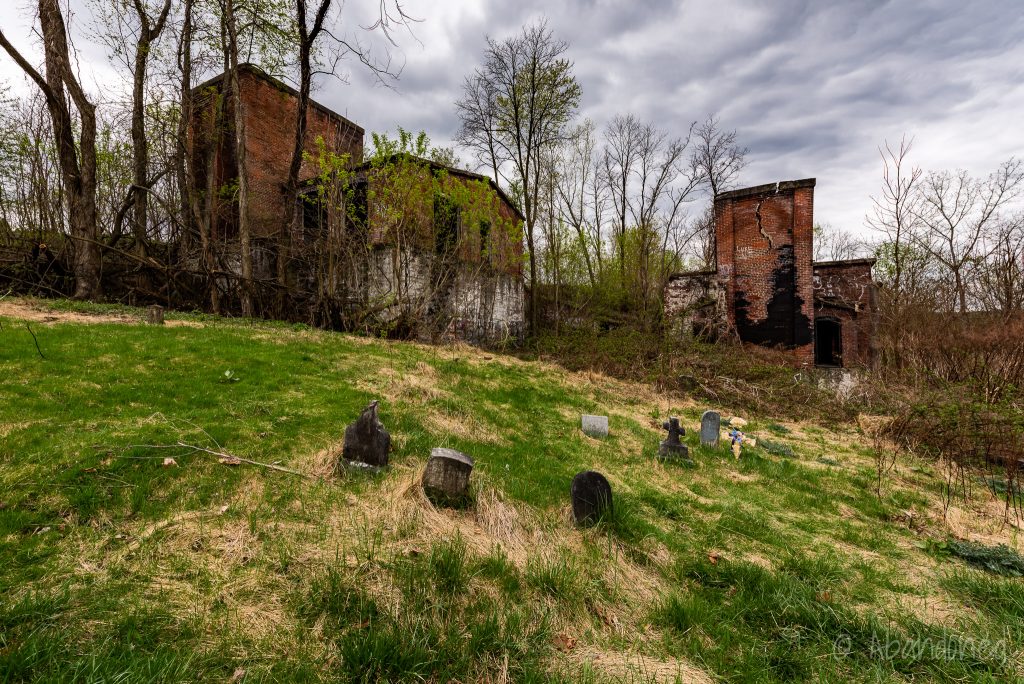 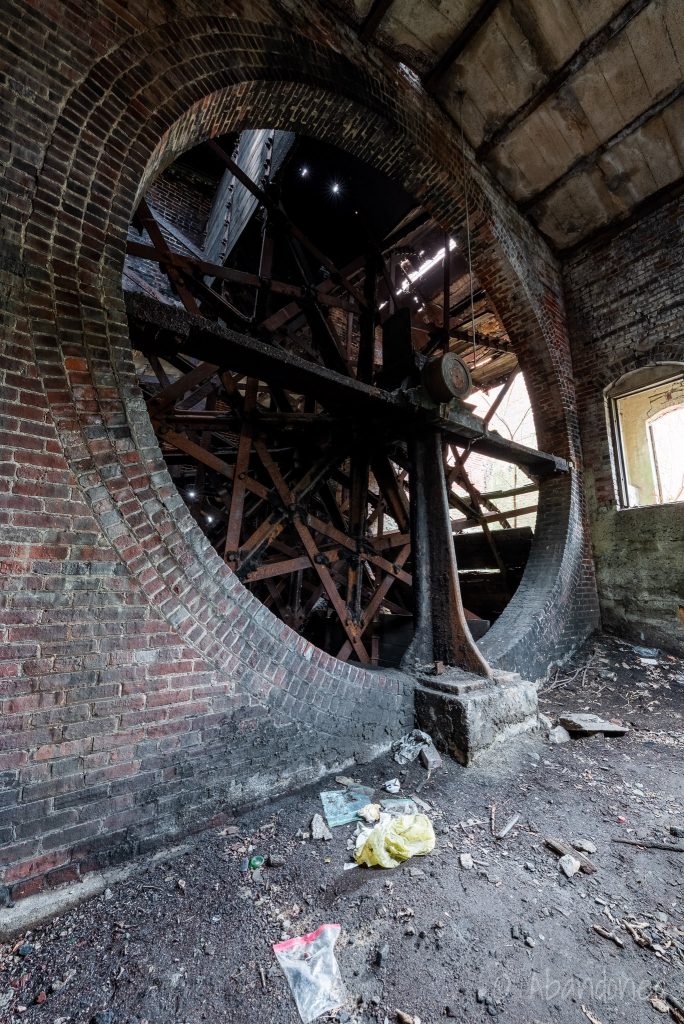 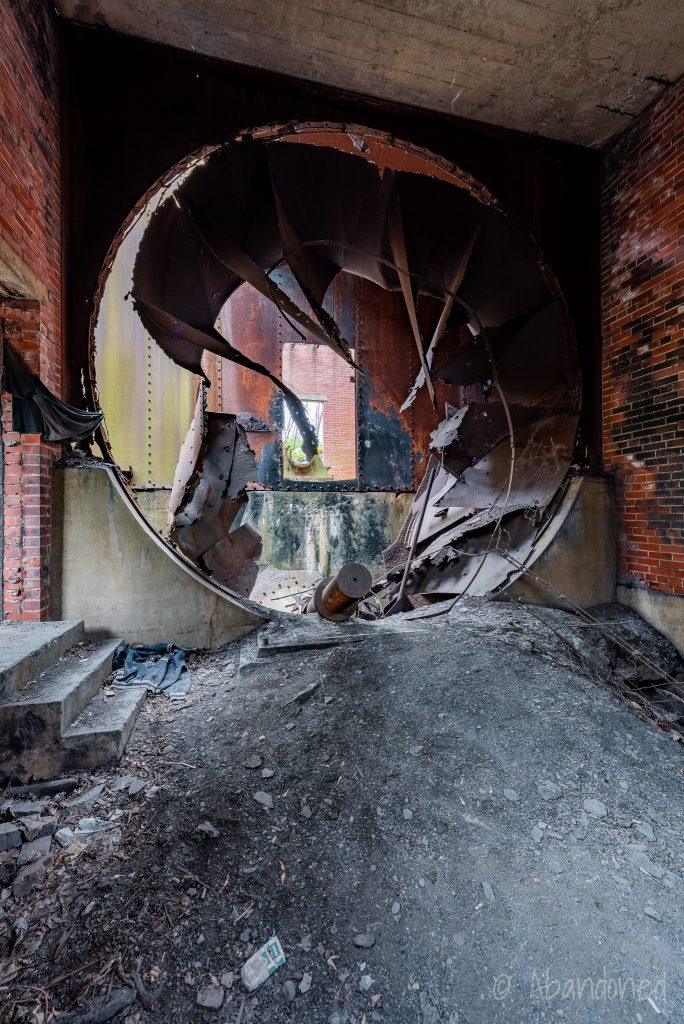 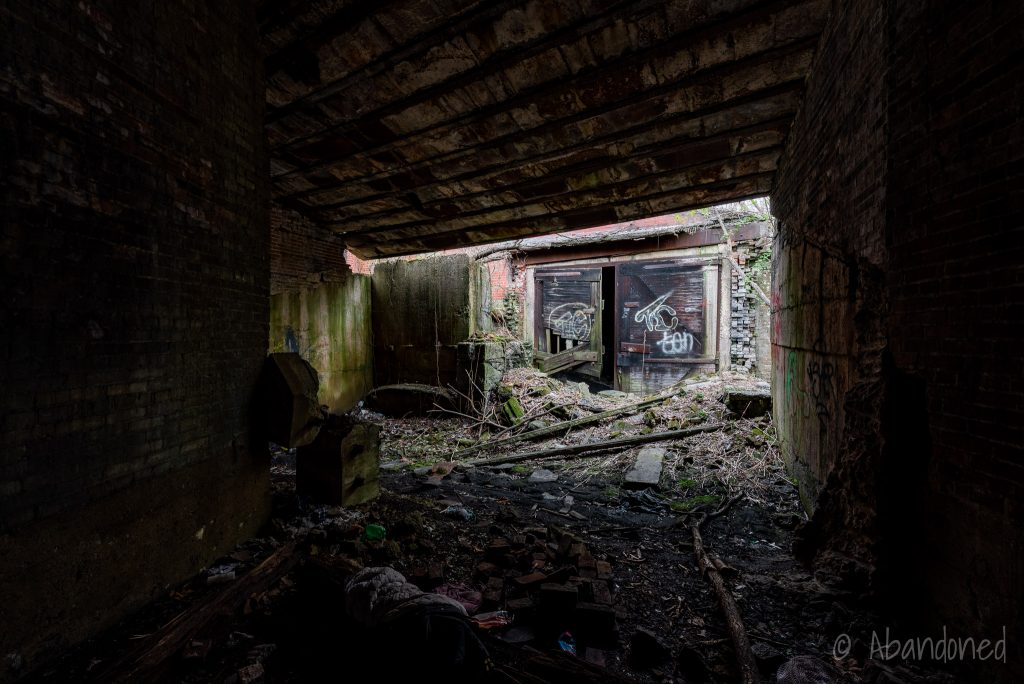 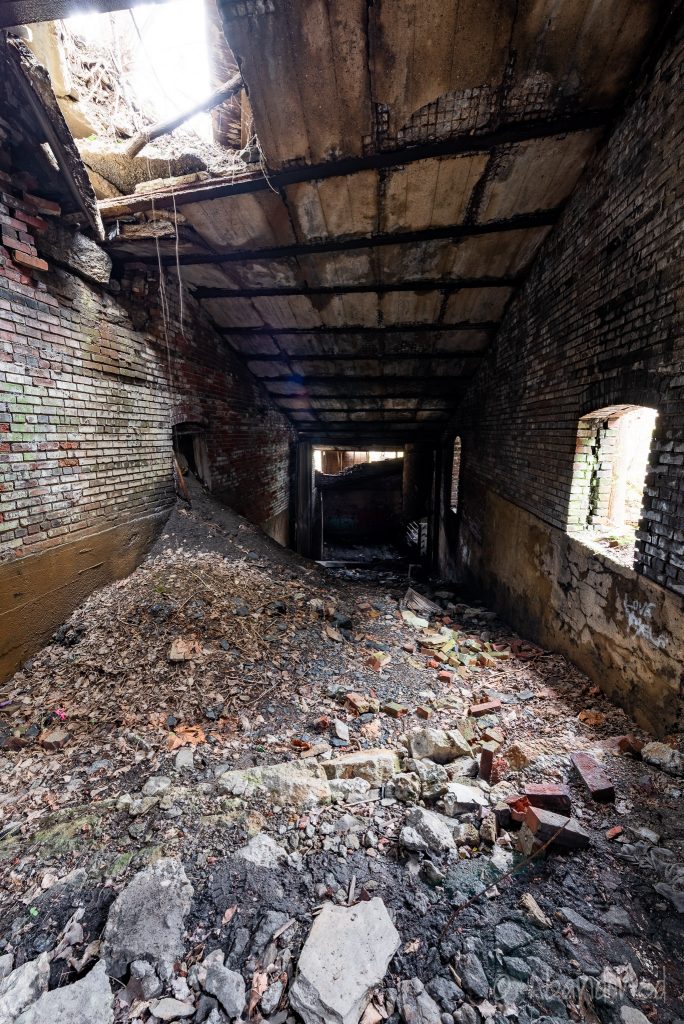