Springfield Lake Sanatorium was developed for those suffering from tuberculosis, also known as consumption, and the White Plague, which could be spread with coughs and sneezes. 3 6 In 1908, the Ohio state legislature passed an act declaring individuals with tuberculosis not to be admitted to general hospitals due to fear of infecting other patients. 2 Each county would be required to provide facilities to care for such individuals.

Towards that act, commissioners in Columbiana, Mahoning, Portage, Stark, and Summit counties purchased a 100-acre plot in southeastern Summit County to construct a tuberculosis sanitarium in 1910. The need was immediate: the five counties had a combined 5,000 cases of tuberculosis. 3 The property overlooked Springfield Lake.

Albert L. Thayer of New Castle, Pennsylvania designed the hospital and was erected in 1913 by the Robert H. Evans & Company of Columbus, Ohio. The $225,000 3 facility opened in February 1915 with 72 beds, 2 a powerhouse, a water tower, and a sewage treatment plant.

Inside was an operating room, treatment room, dental clinic, and sunrooms. 3 Five nurses were on duty at any given time. Despite the modern facilities, the mortality rate exceeded 65% for incoming patients. Summit County pushed for improvements to the hospital which created discord between the other counties. In 1919, Summit County voters approved of a $300,000 measure for the commissioners to acquire the interests of Columbiana, Mahoning, Portage, and Stark counties. 2 3

In 1922, architects Good and Wagner of Akron 5 prepared plans for the $50,000 4 Sunshine Cottage, an annex for pediatric patients. 2 The addition was built by the Clemmer & Johnson Company 6 and opened at the cost of $125,586. It featured 100 beds, a dining room, kitchen, classroom, library, and clinic. Intricate murals of characters from Hansel and Gretel, Little Red Riding Hood, and Treasure Island, among others, were painted inside.

Children at the Sunshine Cottage had a regimented schedule, with each child receiving 14 hours of rest, four hours of education, and one hour of recreation. 6 Wide porches allowed for sleep outside most of the year. During the winter, children filled jugs with hot water and covered themselves with blankets, sleeping next to the pitchers for warmth.

The Springfield Lake Sanitarium was renamed the Edwin Shaw Sanatorium after Edwin Coupland Shaw, a B.F. Goodrich executive, in 1934. 2 6 Shaw had been named to the Board of Trustees in 1918. 2

The Sunshine Cottage closed in June 1943 after its final ten patients were discharged. 3 The availability of home treatments and outpatient services led to dwindling patient numbers. 6 The building was then reused as a satellite campus for the Summit County Children’s Home in 1947 2 3 until it too closed.

Improvements in public health began reducing rates of tuberculosis and patient intake at Edwin Shaw by the mid-20th century. Surgical interventions, including collapsing an infected lung to “rest” it, allowed tuberculosis lesions to heal. In 1946, the development of the antibiotic streptomycin made the treatment and cure of tuberculosis a reality. Legislation passed in 1959 permitted tuberculosis hospitals to admit patients with other diagnoses. 2

In 1965, the Sunshine Center, a housing complex for 100 destitute children, opened in the former Sunshine Cottage. 6 It became the Andersen Village in 1977 but closed in 1985 after the last three residents were sent to foster homes.

Edwin Shaw Sanatorium was renamed the Edwin Shaw Hospital in 1967, becoming a rehabilitation facility for patients recovering from medical ailments. 6

A skilled nursing program was added to Edwin Shaw in 1961 followed by the inclusion of an alcoholism treatment program in 1974. 2 A Physical Medicine and Rehabilitation unit opened in 1977, and an Adolescent Chemical Dependency Treatment Program was added in 1981.

In 1985, the Summit Regional Treatment Center moved from downtown Akron to Edwin Shaw, and the Anderson Village cottages reopened. 10

A $6.7 million expansion opened on December 2, 1986, making Edwin Shaw Ohio’s largest center for treating head-injury patients. 11 The two-story, 26-bed addition allowed the hospital to accept people who were still comatose and allowed for expanded programs in occupational, physical, and speech therapy. The expansion, which increased capacity from 160 beds, was funded by a .4-mil tax levy passed in 1982. Its opening was the final phase of a ten-year development of in-patient facilities.

The Adolescent Chemical Dependency Diagnostic Unit opened in 1990, followed by the Women’s Residential Program, a halfway house for cocaine-addicted pregnant women, in 1991. 2 The Challenge Golf Course and Driving Range, the first course in the world tailored for persons with disabilities, also opened.

In 1997, the facility was renamed the Edwin Shaw Hospital for Rehabilitation to reflect its service range. 2 The 47-bed 9 complex was leased by Akron General Medical Center and renamed Edwin Shaw Rehab in 2005. Under the agreement, Akron General paid $1.35 million to buy the business but not the facilities and grounds. At the time, Akron General desired to build a new 80,000 square-foot structure for Edwin Shaw on its main campus. Facing an aging facility that was costing $1.5 million per year to upkeep and $50,000 per month in utility costs, Edwin Shaw produced a deficit of $3.5 million in 2007. 8

On December 3, 2009, Edwin Shaw’s inpatient services relocated to the ground floor of the Falls Village Retirement Community in Cuyahoga Falls and was renamed to the Edwin Shaw Rehabilitation Institute. 3 8 The new location was not only far cheaper to manage, but it also provided the majority of patients with private rooms. About 115 of Edwin Shaw’s 271 full-time employees were offered positions at the new 40-bed facility. 9

Falls Village closed its 36-bed assisted living unit to make room for Edwin Shaw while retaining 108 beds on the second and third floors. 8 The structure, formerly the Fallsview Psychiatric Hospital, was acquired by Falls Village in 1999. It opened as a nursing home in 2001.

In December 2010, the county approached the University of Akron about putting its proposed Training Center for Fire and Hazardous Materials for fire, police, and emergency service personnel on the former hospital campus. 7 The center would include a driver-training track, active burn areas, an underground shooting range, and a hazardous material handling school. The county had been attempting to sell the land since Akron General moved out of Edwin Shaw as the county was paying $250,000 per year for maintenance and $150,000 for heat during the winter. 13

The county disconnected utilities in March 2012 after failing to find a suitable buyer for the property. 13 The Edwin Shaw complex was demolished in 2017. 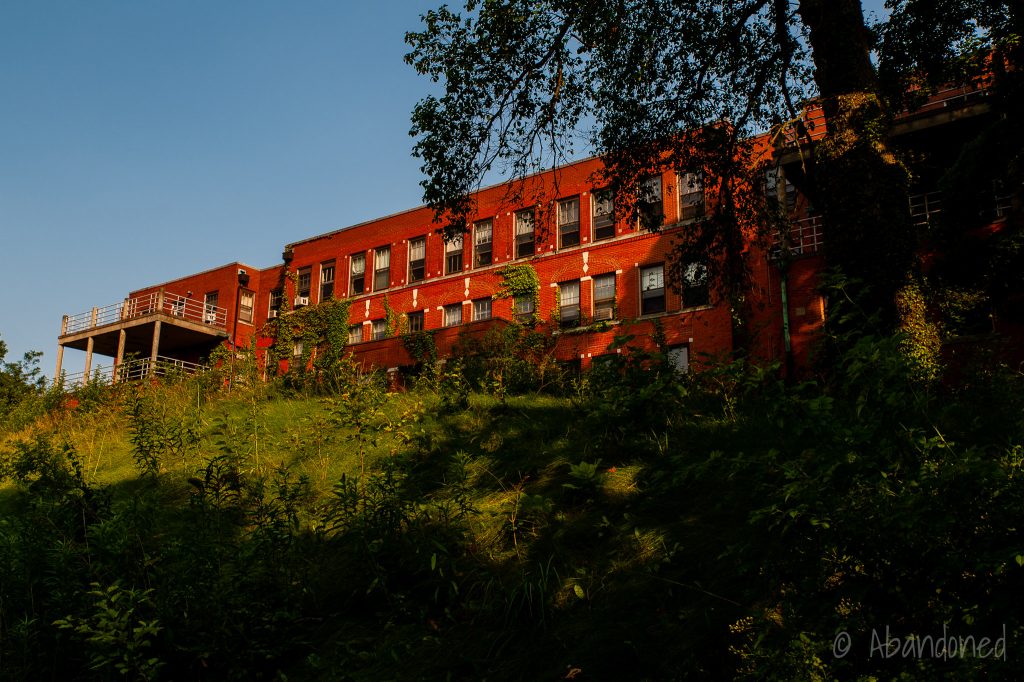 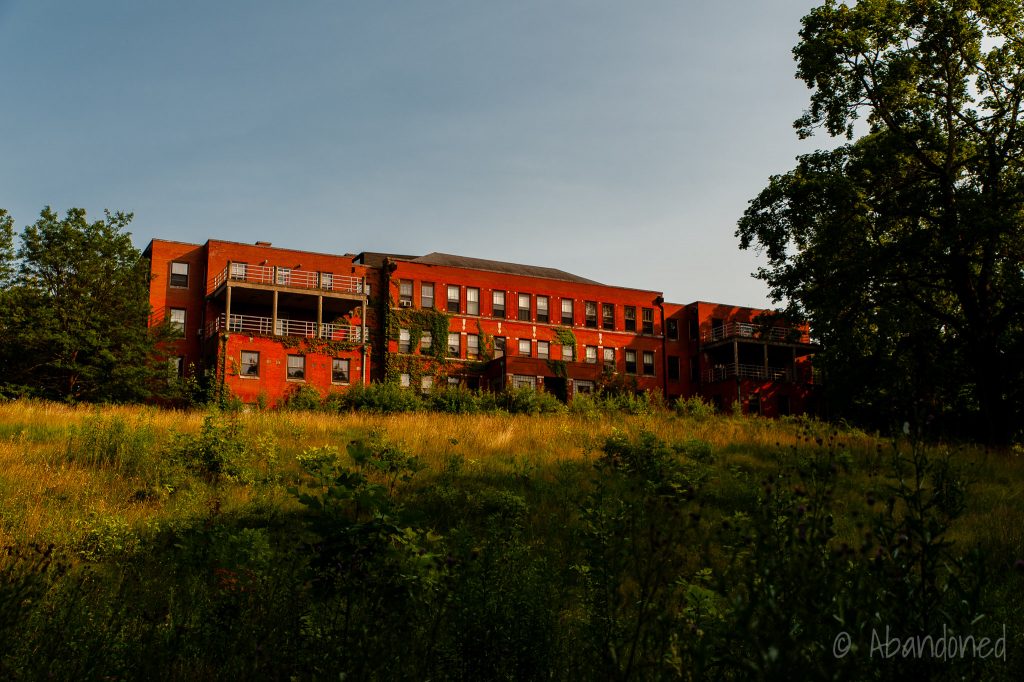 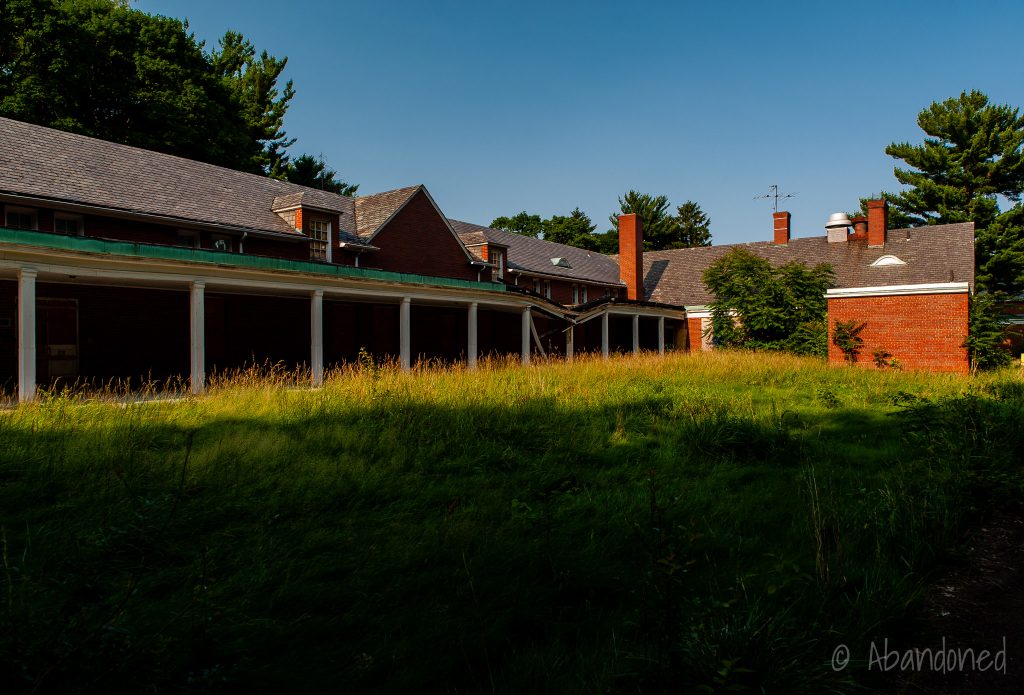 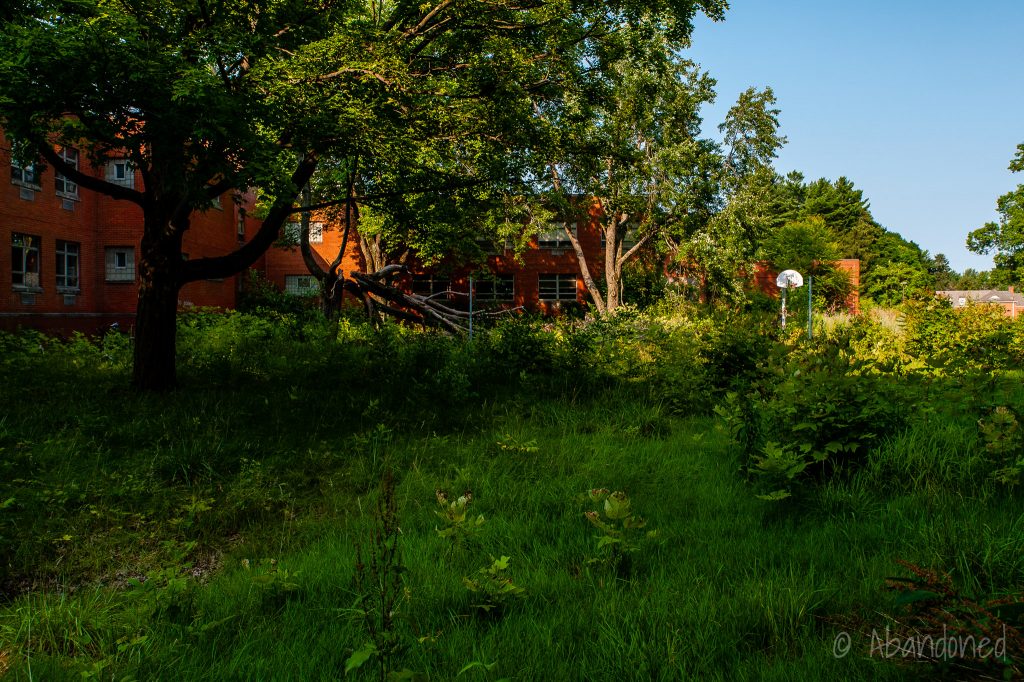 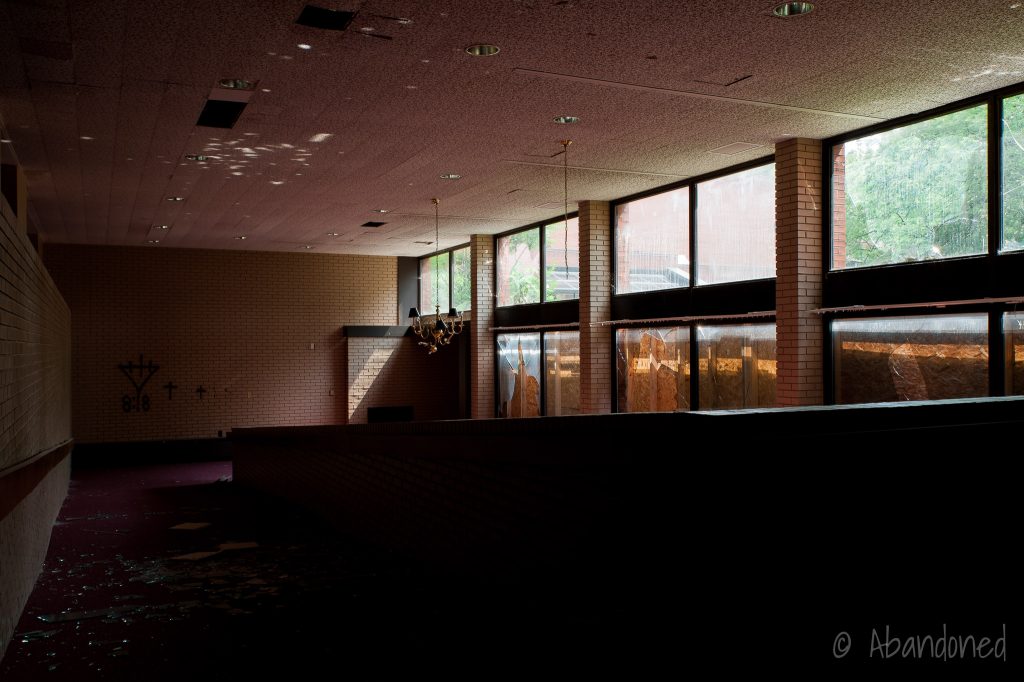 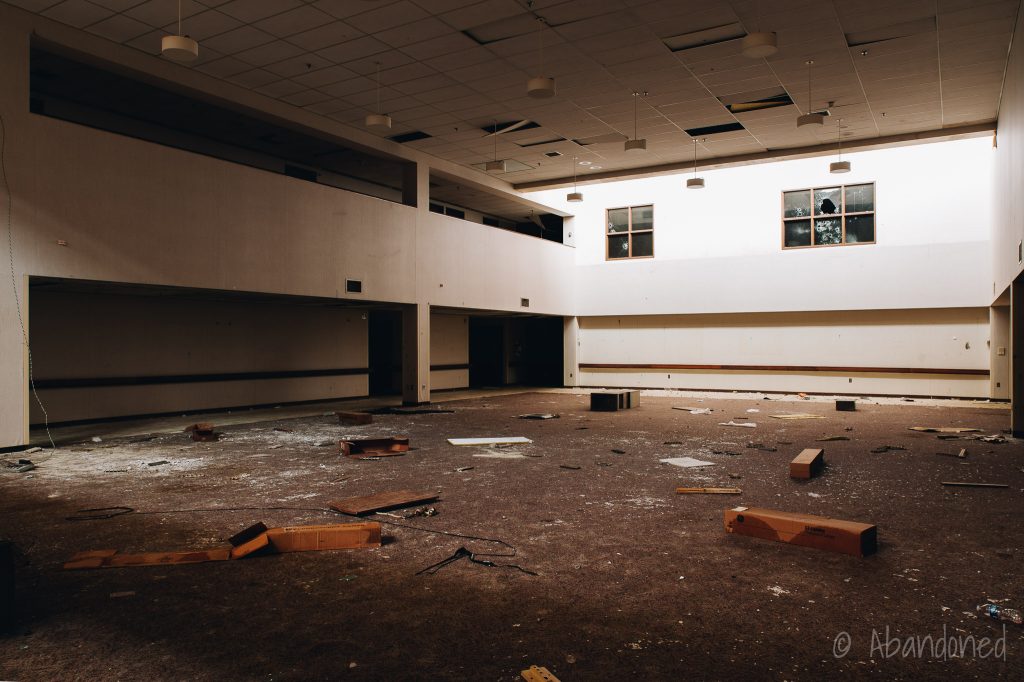 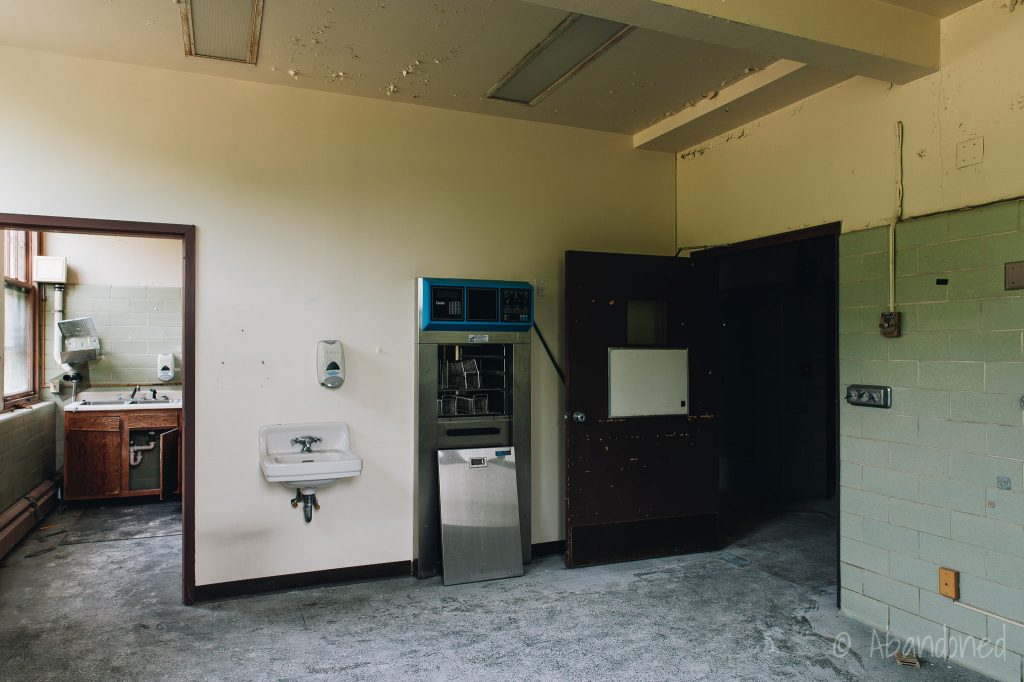 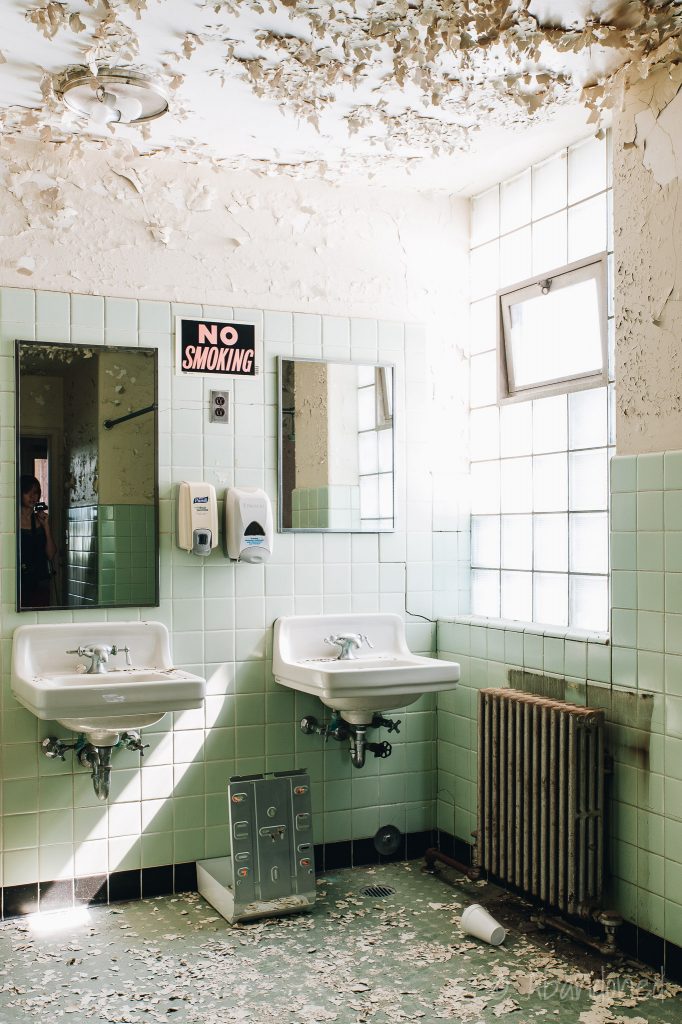 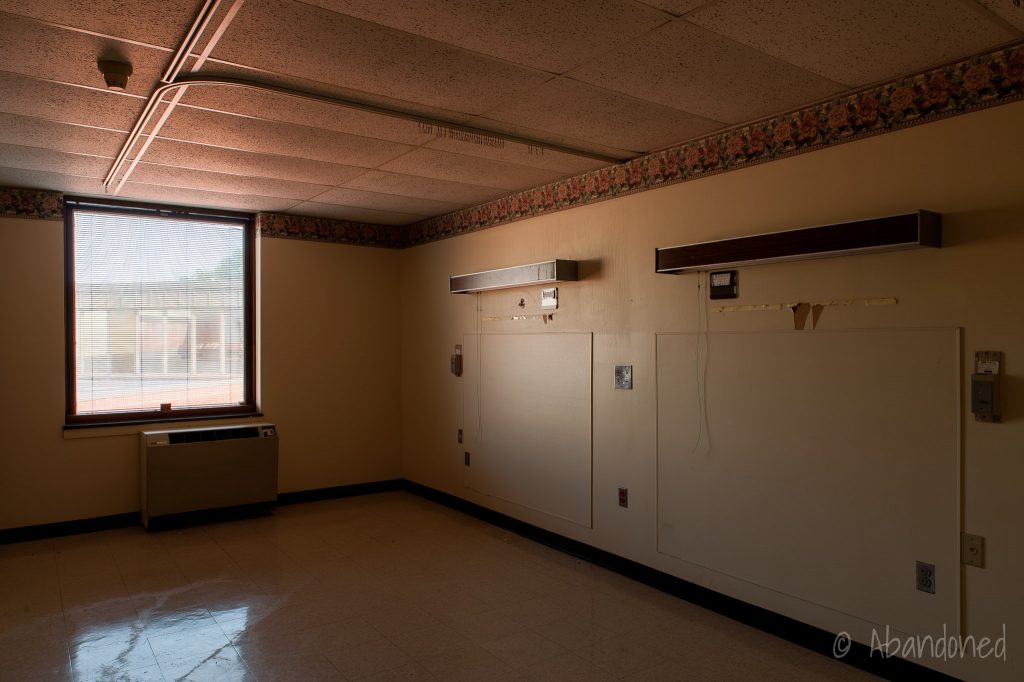 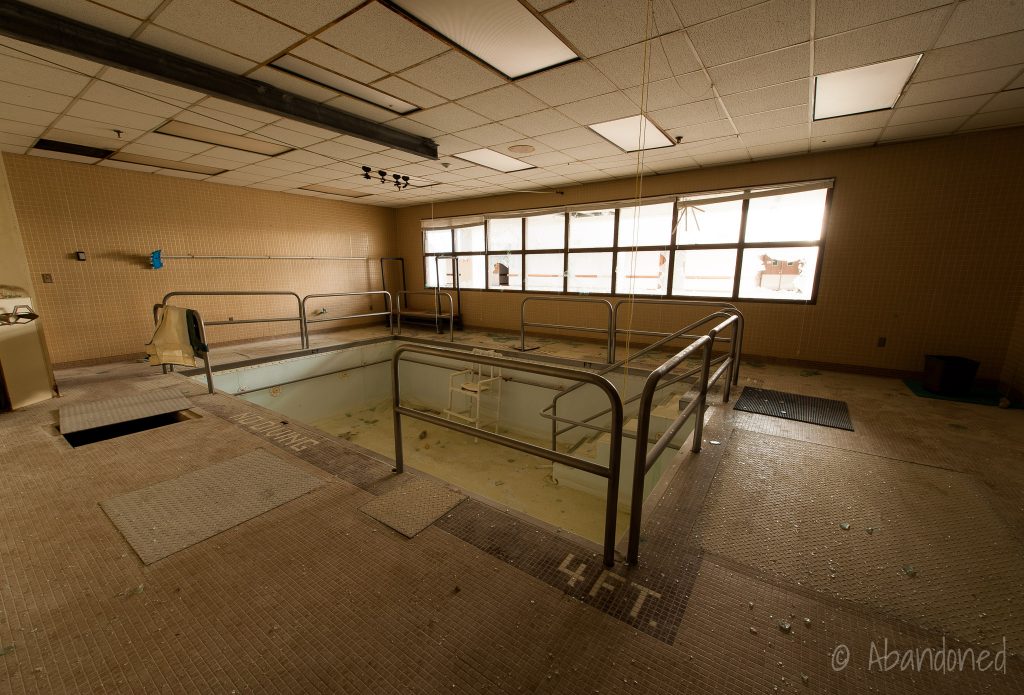 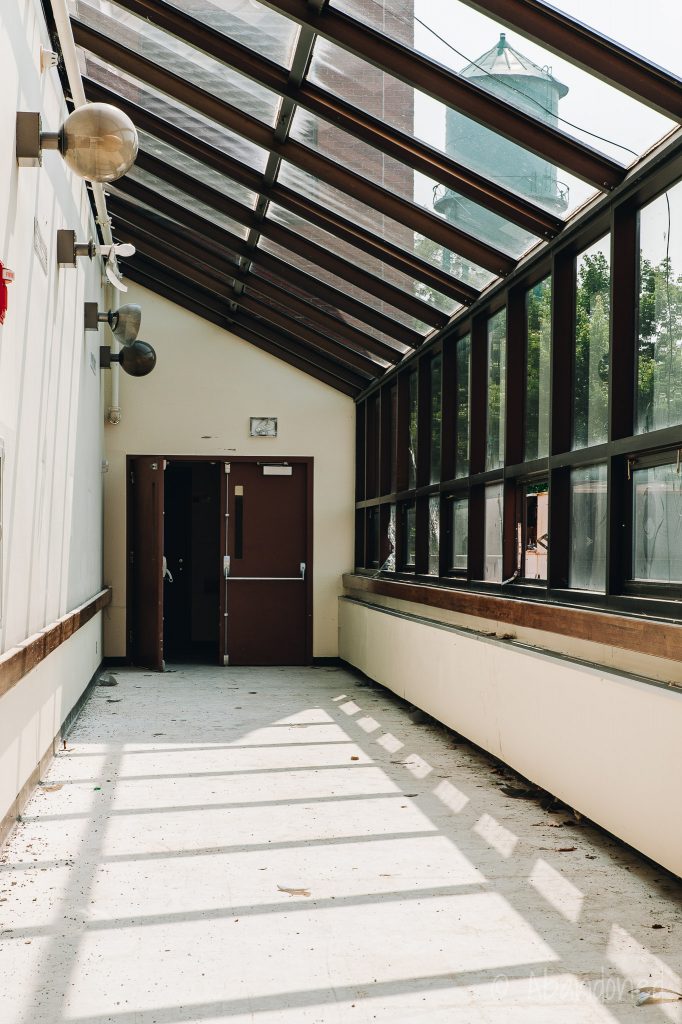 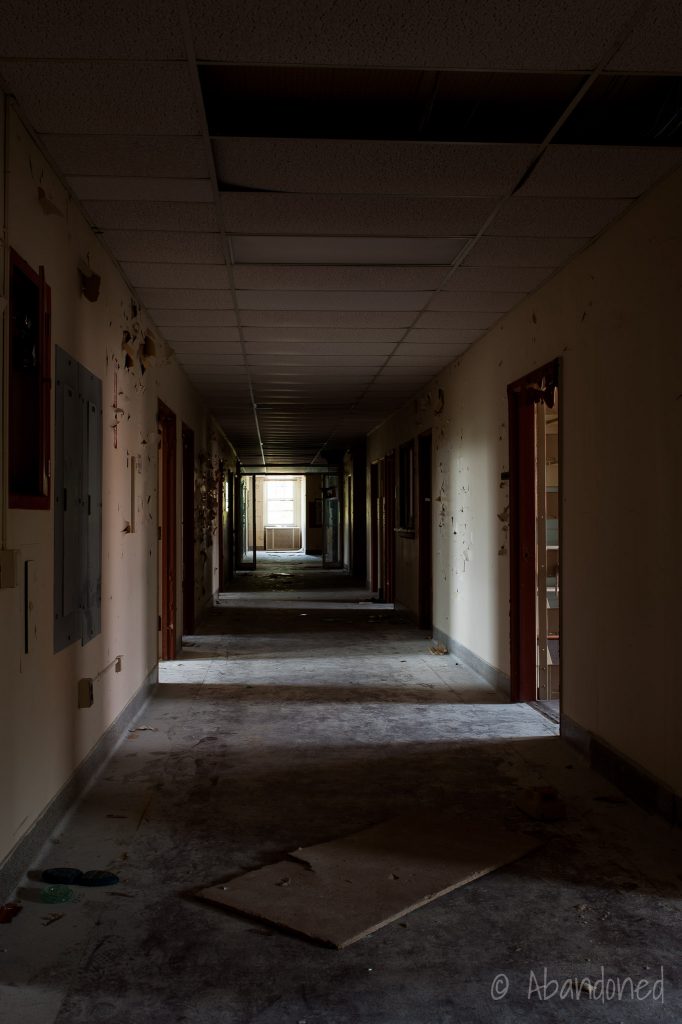 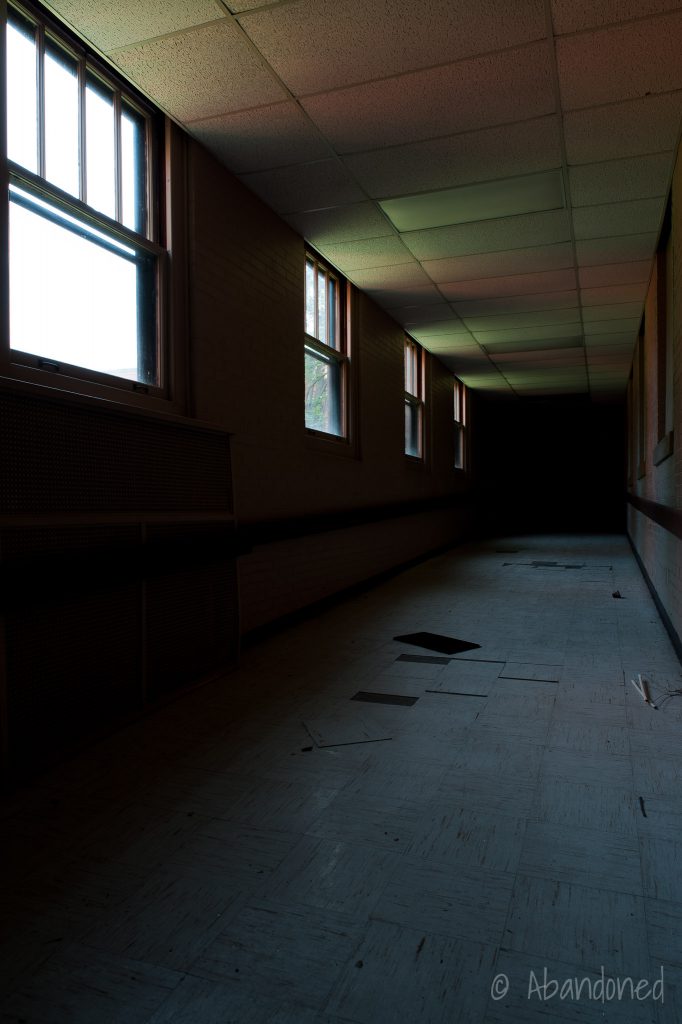 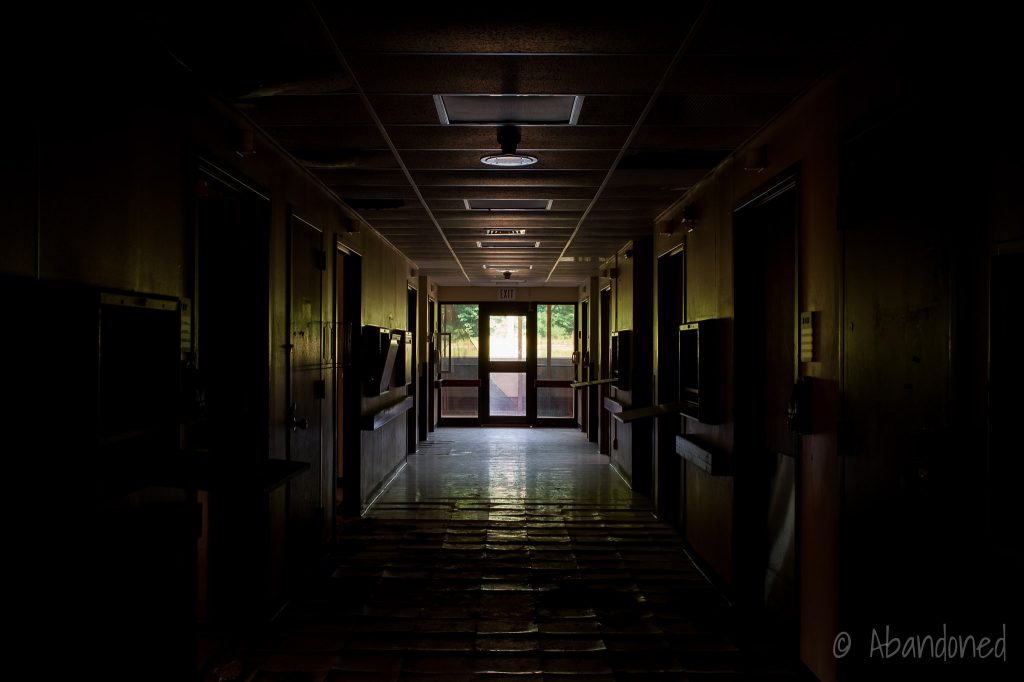 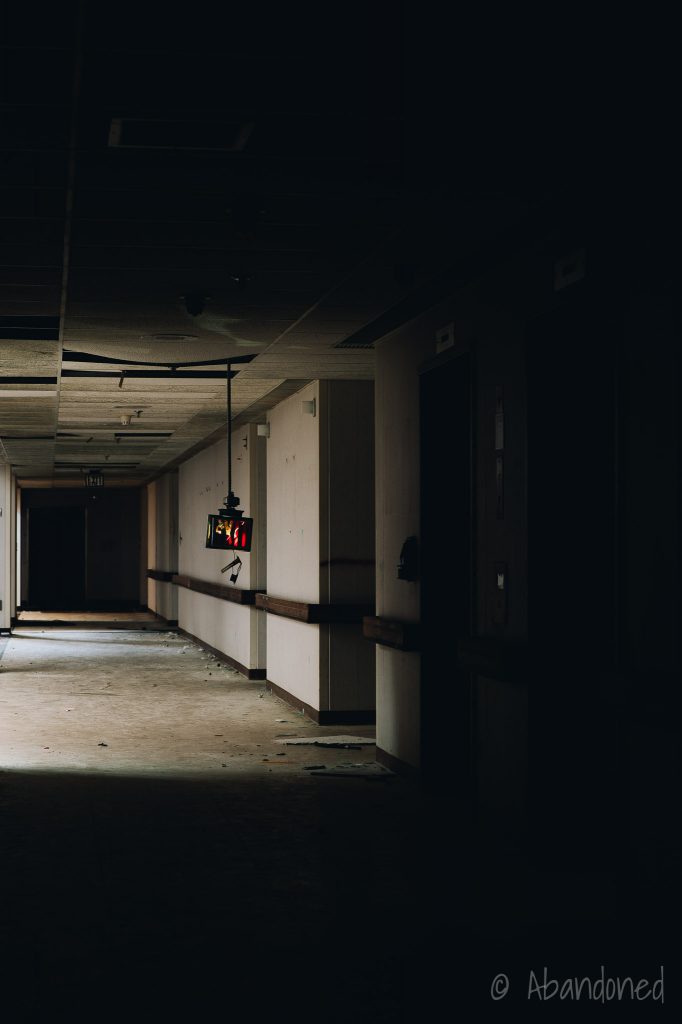 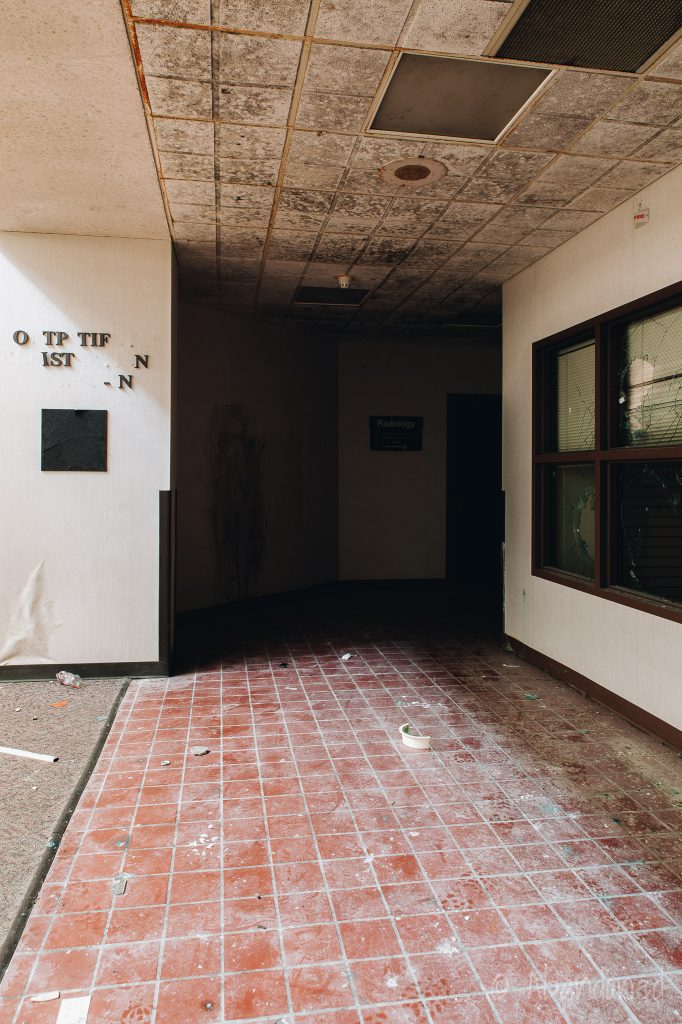 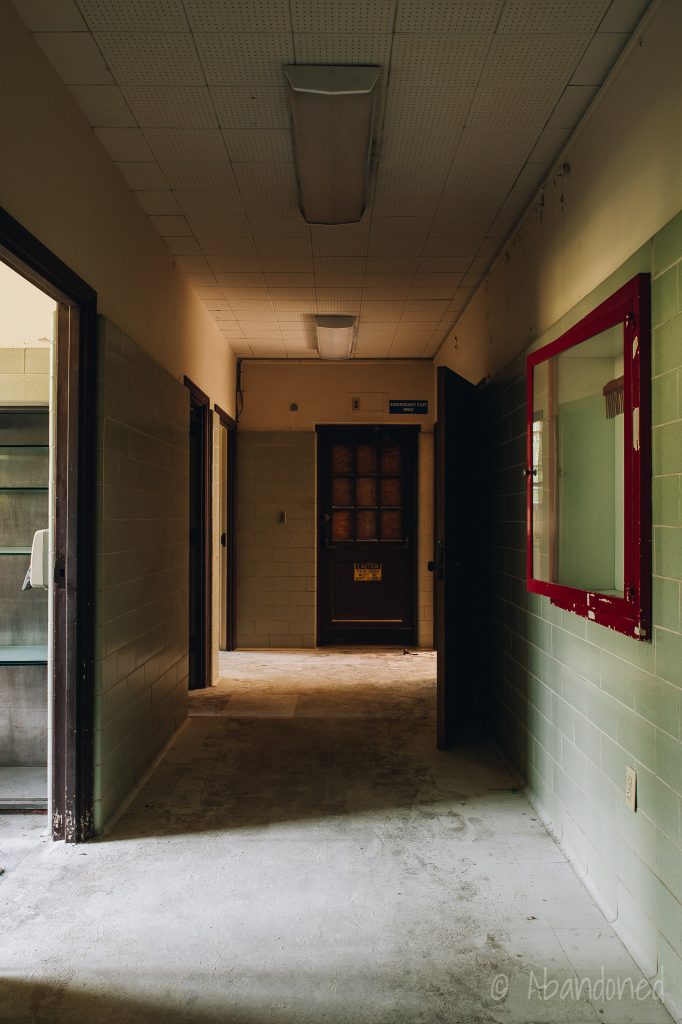 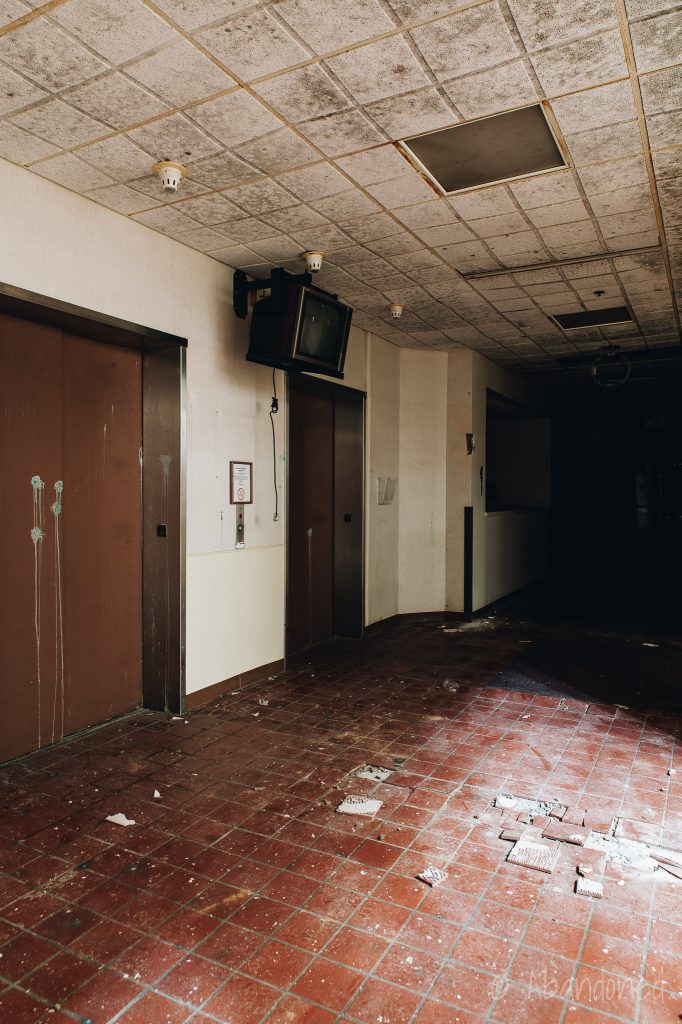 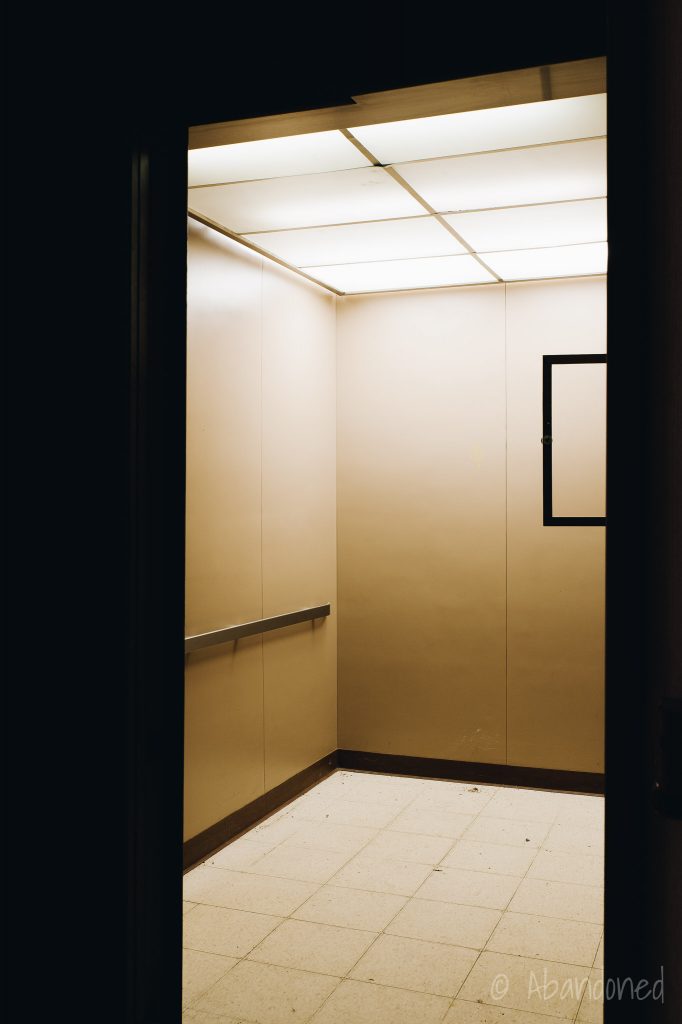