The Emery Theatre is a closed theater that adjoins the former Ohio Mechanics Institute in the historic Over-the-Rhine neighborhood of Cincinnati, Ohio.

The Ohio Mechanics Institute, an engineering school, was founded in 1828. Between 1909 and 1911, the Institute constructed the six-story Emery Building along the Miami and Erie Canal in the Over-the-Rhine neighborhood of Cincinnati. 9 It featured thick concrete walls, hardwood floors, slate steps, terrazzo flooring, and detailed marble and wooden railings. 1

In 1917, the Cincinnati Fire Alarm Bell was donated to the Ohio Mechanics Institute in recognition of the Institute’s contributions to 19th-century firefighting technology. 14 The 1,549-pound bell was moved from the circa 1843 Gifts Engine House and installed atop the Emery. (It was relocated to the Cincinnati Fire Division Museum in 1974.)

The Emery Theatre was completed as an auditorium for the Ohio Mechanics Institute. 4 8 The 1,950-seat, five-level facility 2 9 was funded through an endowment from Mary Emery in memory of her husband, Thomas J. Emery, 4 who had plans to construct a technical school in the city. 9 The interior acoustics were designed by Leopold Stokowski, the Cincinnati Symphony Orchestra’s music director. 3 Considered an acoustically pure venue, 9 it was once compared to Carnegie Hall by legendary conductor Leopold Stokowski. 8

The inaugural concert at the Emery was held on January 6, 1912. 14 The venue was home to the Cincinnati Symphony Orchestra 3 until it moved to the larger Music Hall in 1937. 9

A classic movie series debuted in the Emery in 1978 in a bid to broaden the appeal of the venue. 3

The Emery’s historic “Mighty Wurlitzer” pipe organ tooted its tin pipes for the last time on October 24, 1999, and was dismantled after its last performance so that it could be restored at the cost of $250,000. 6 Work involved rebuilding and re-leathering the pipe chests, refinishing the organ console, and rehammering the piano.

The theater itself went dark on December 5. 6

In mid-1997, the Cincinnati Preservation Association and UC requested proposals from local developers to renovate the theater and convert the former Ohio College of Applied Sciences building, vacant since 1989, into apartments. 15 The Emery Center Corporation, formed to renovate the complex, secured $240,000 in start-up financing and selected Mansur Real Estate Services of Indianapolis as the lead developer in February 1999. 9 Mansur approached UC on May 19 with a $20 million rehabilitation proposal. 5 12

A design plan by GBBN Architects and Mansur was unveiled on December 7 to supporters and potential donors with January 2001 set as the target date for completion of the renovations. 4 The project called for 36 one-bedroom and 26 two-bedroom apartments spread among five floors, and a three-level, 62-space garage tucked in the interior courtyard where carriages once waited during performances at the theater. 1 4

The UC Board of Trustees, who still controlled the Emery Building and theater, approved a contract with the Emery Center for the redevelopment project in June. 7 The university was eager to unload the facility as it was costing them more than $250,000 per year to maintain. On October 19, following the contract approval, the Kroger Company announced that it would become a limited partner in Emery Center Apartments Limited and that it would invest $1.6 million towards the redevelopment project. 37

The financing plan for the apartment renovation included commitments from five organizations: 4

By early 2000, the wide hallways in the Emery were refurbished, and the original slate step stairwells, with marble and wood railings, were preserved. 1 The apartments were also mostly finished, which featured refinished hardwood floors, central air conditioning, and exposed ductwork. Approximately $750,000 in structural repairs were also completed in the theater, 4 which required the removal of the exterior fire escapes as they were in poor condition. 18

The Emery Center then requested $5 million in funding from the state, $7 million from corporations and individuals, and $3.5 million in state historic tax credit financing to jumpstart renovations in the theater. 2 3 Six organizations committed $2.62 million to the restoration of the theater, which included a $1 million anonymous gift. 4

Several recommendations for the restoration of the theater were presented by three consultants in September, who looked at ways to increase the amount of open stage area and improve the loading efficiency to the stage, and the incorporation of an acoustical shell and an enlarged orchestra pit. 8

The design plan towards the restoration of the theater was presented by GBBN and Mansur on December 7, which included the creation or restoration of two levels of theater support, lobby, gallery, and parlor, and the inclusion of a carpenter’s shop, dressing rooms, conductor’s office, library, and reception office. 4 Phase one of the theater renovation project would include the reconstruction of the roof, facade, and windows at the cost of $9.7 million, followed by a second phase to renovate the interior. 11

The former Ohio College of Applied Sciences building was re-birthed as the Emery Center Apartments, opening to tenants on May 18, 2001. 1

The Requiem Project was formed in 2008 by two New York residents to renovate the theater into an interdisciplinary arts center that would host films and concerts at the cost of $13 million. 18 In 2010, the group signed a binding letter of intent with the Emery Center which then subleased the theatre to the Requiem Project. The proposal was halted in 2012 over a dispute with the leasing agreements.

The Requiem Project filed suit in 2013 in a bid to force UC, which owned the building that housed the Emery Theatre, the Emery Center Apartments, and the Emery Center Corporation, to award it a long-term lease so that it could renovate the venue. 17 18 The Requiem Project amended its complaint against UC in October, stating that it had failed to uphold Mary Emery’s wishes when she donated funds to construct the theater. 17

The university had become the trustee of Emery’s charitable trust in the 1970s when it took control of the Emery Building and attached theater. UC then leased the school to the Emery Center Apartments for the apartment conversion project and the theater to the Emery Center Corporation, which was tasked with managing and renovating it. 18

The UC Board of Trustees voted unanimously in April 2019 to allow the university to market and sell the Emery Theatre and Emery Center Apartments, stating the theater “beyond repair” and the apartments as “unprofitable” in a memo from university officials to the trustees. 19 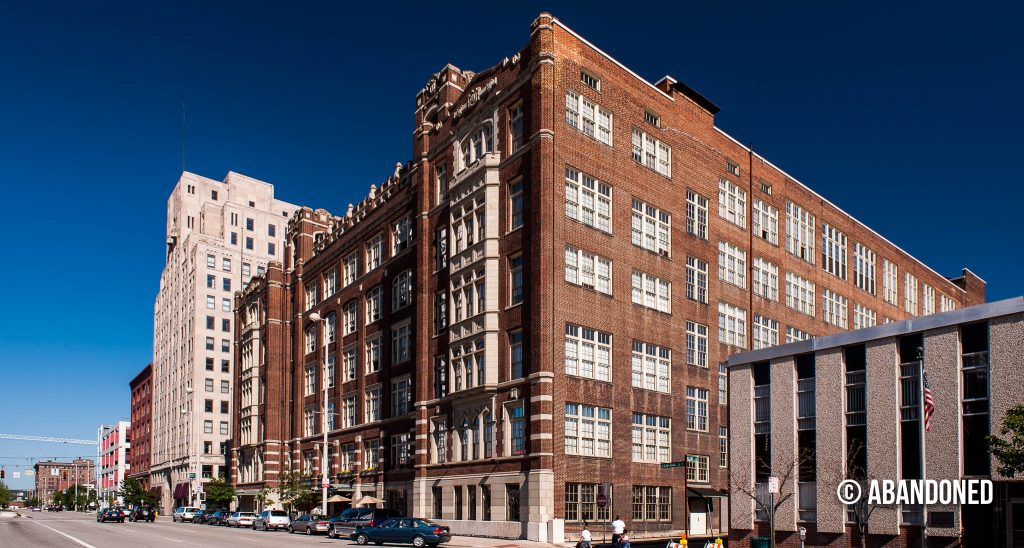 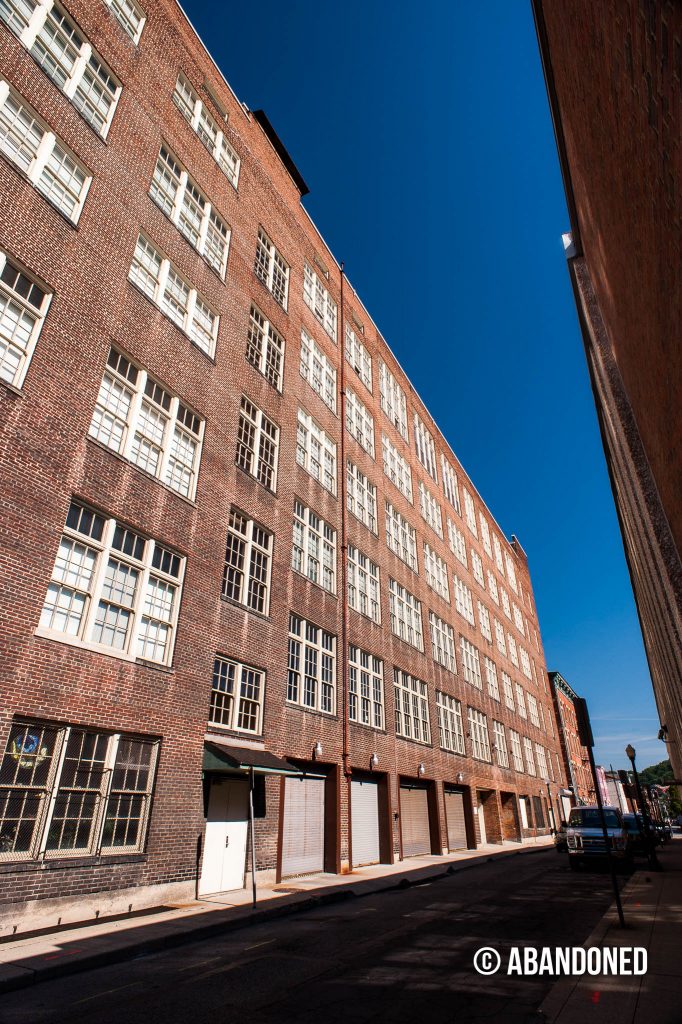 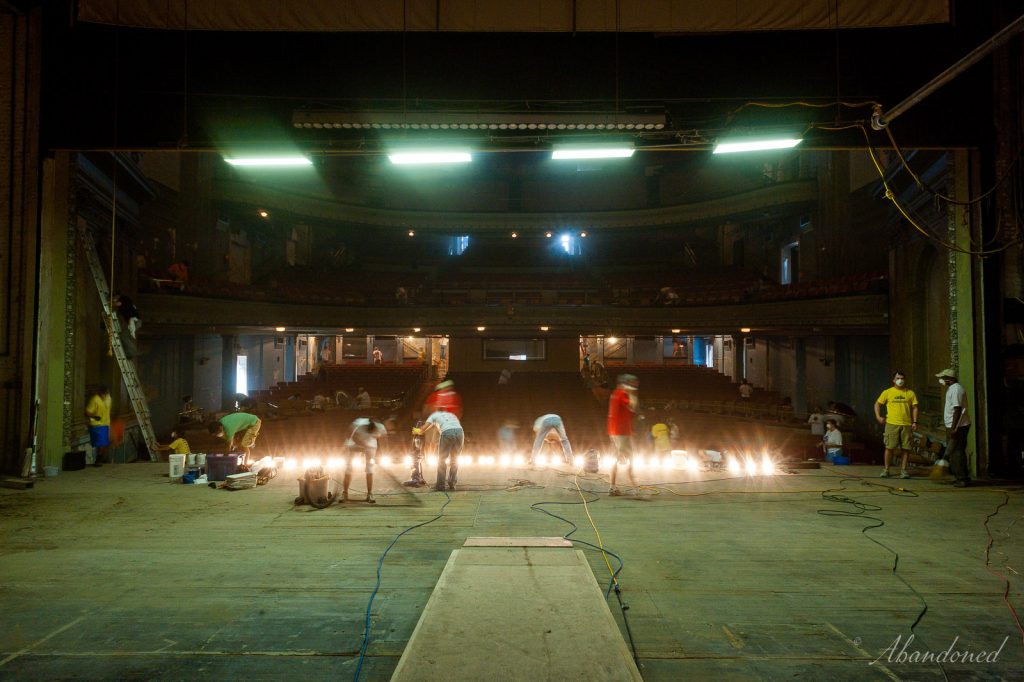 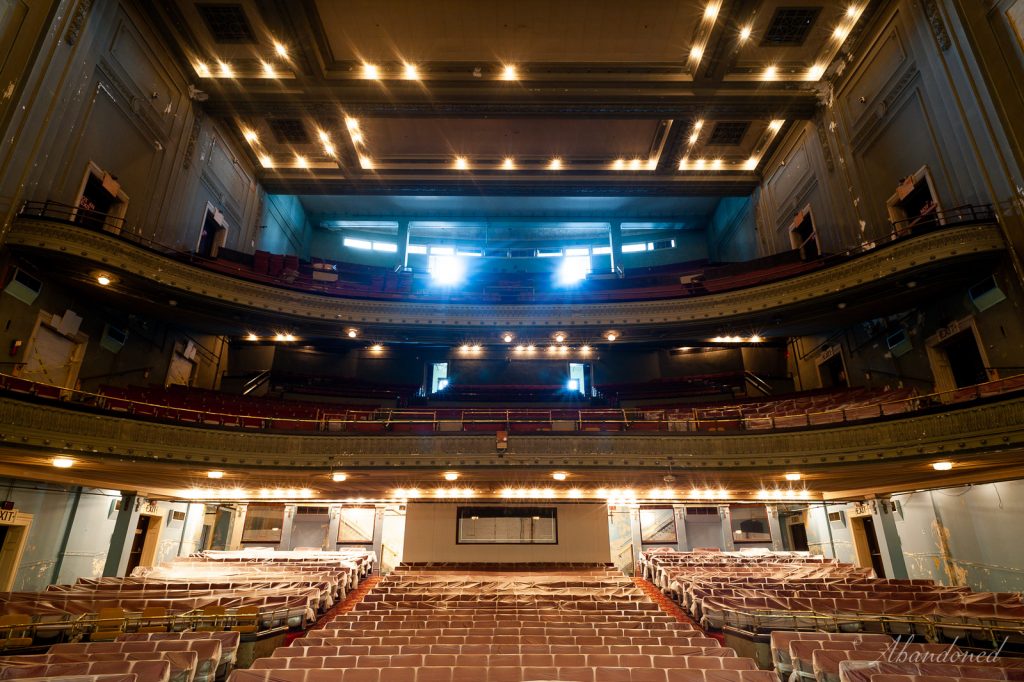 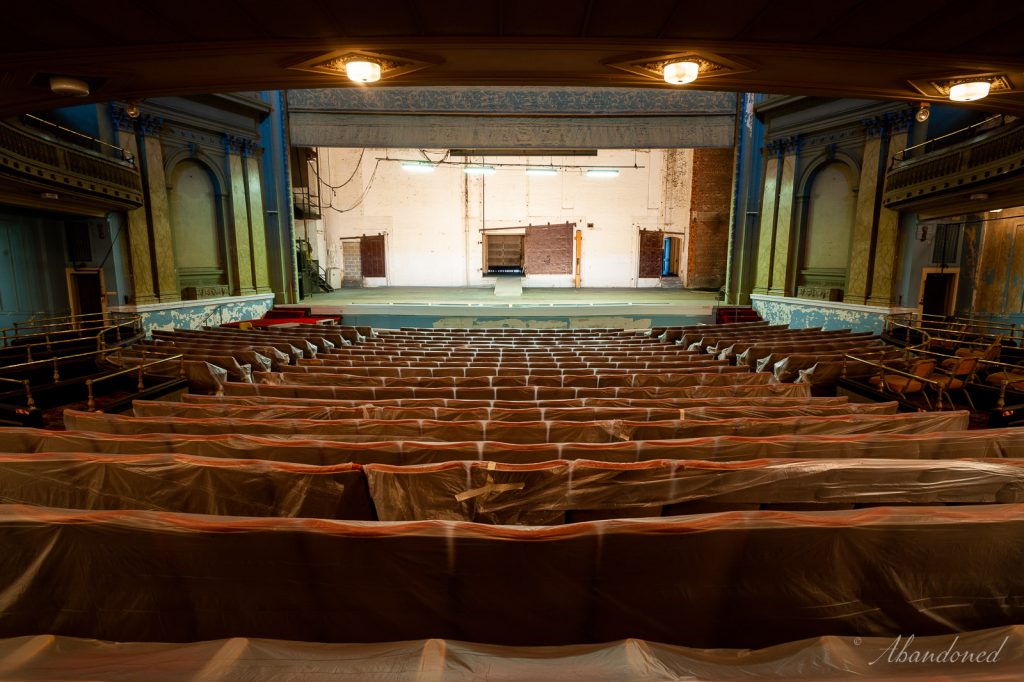 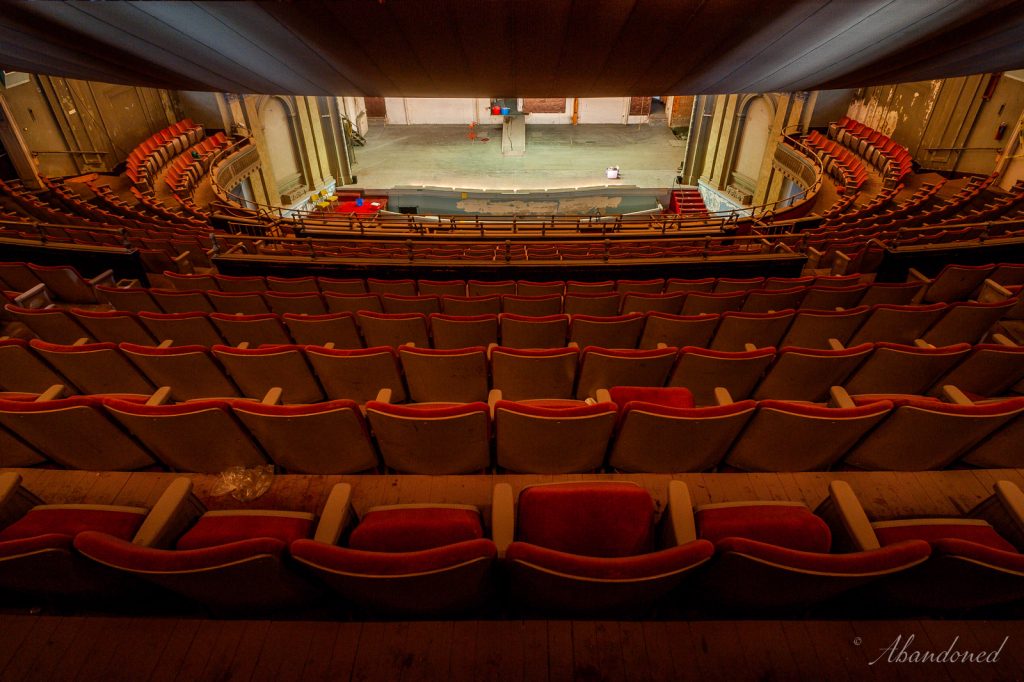 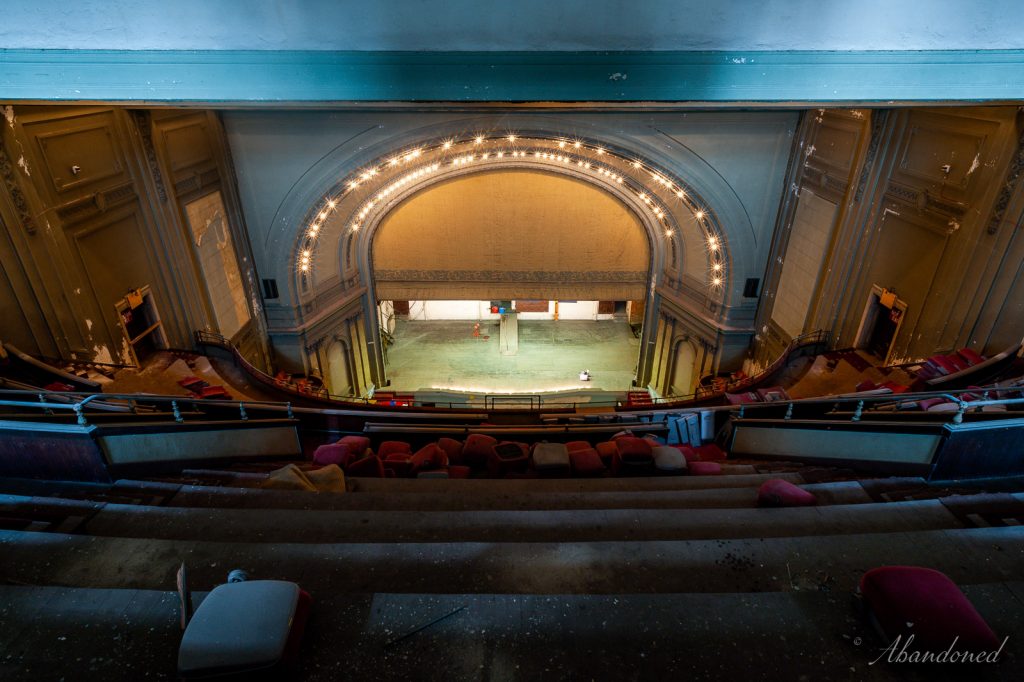 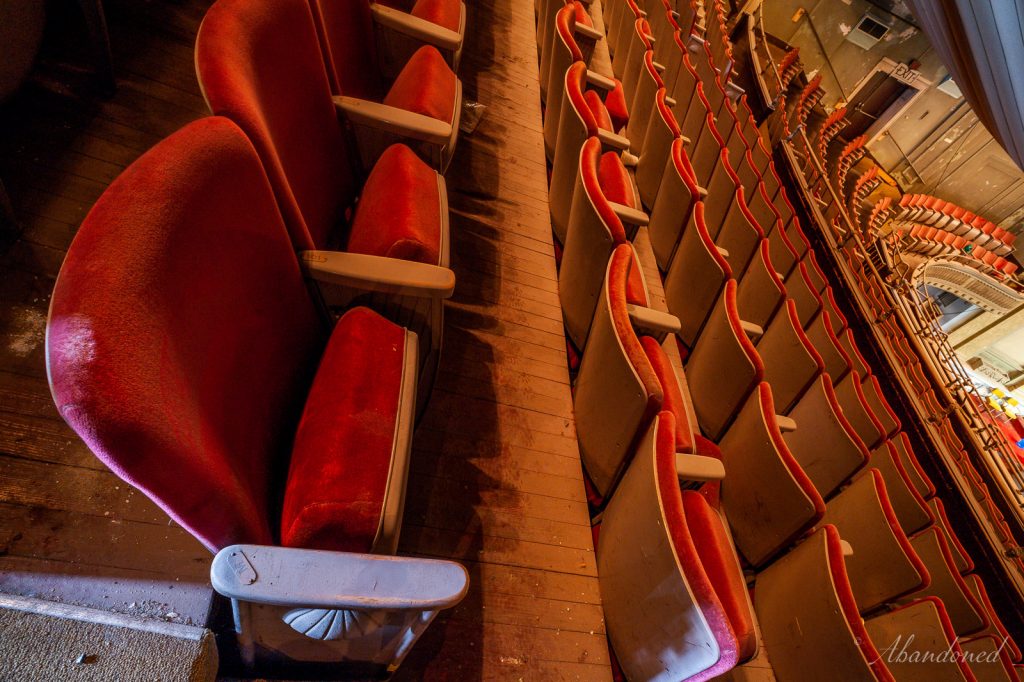 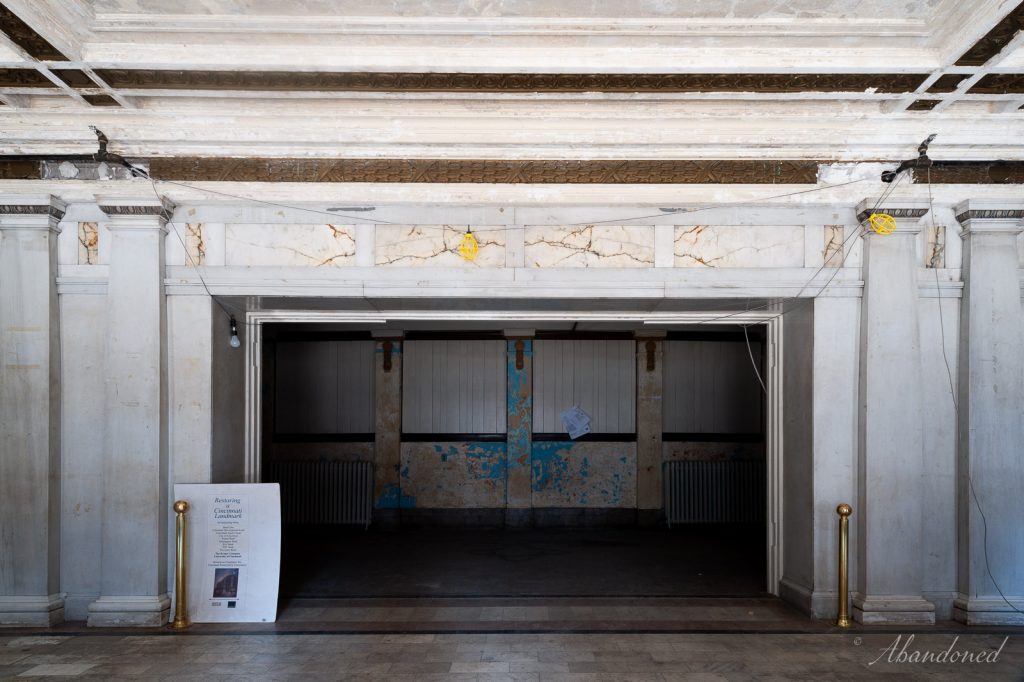 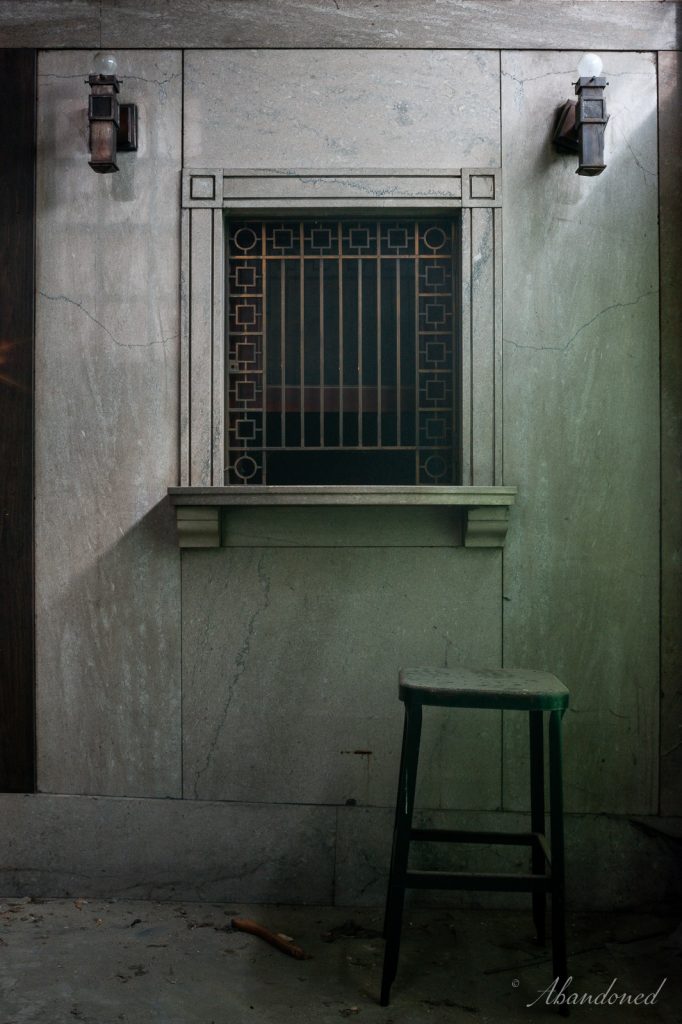 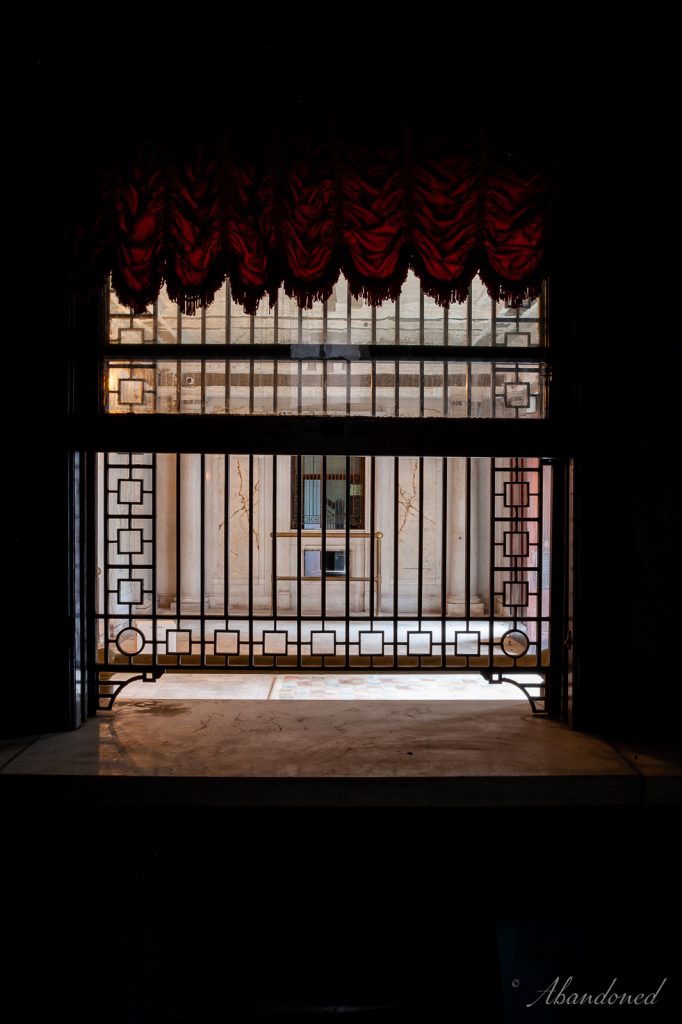 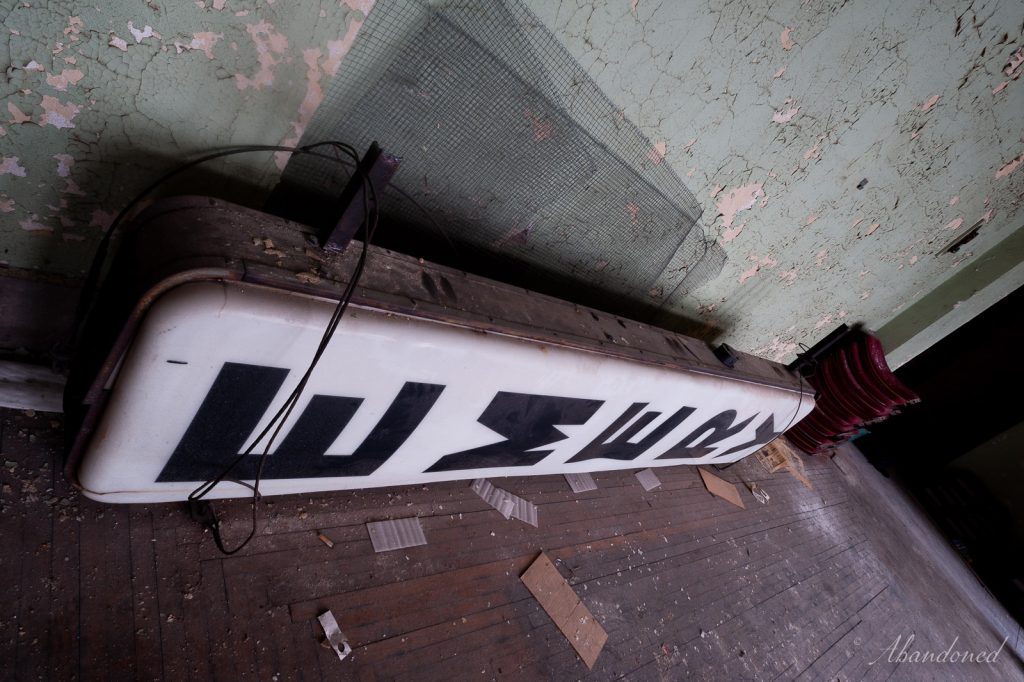 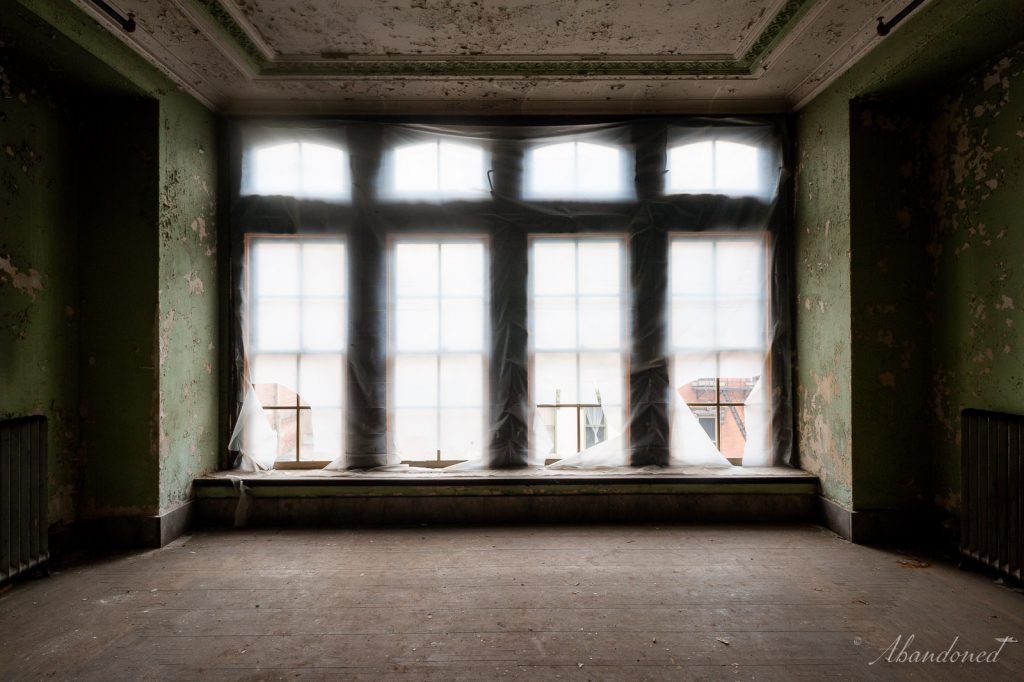 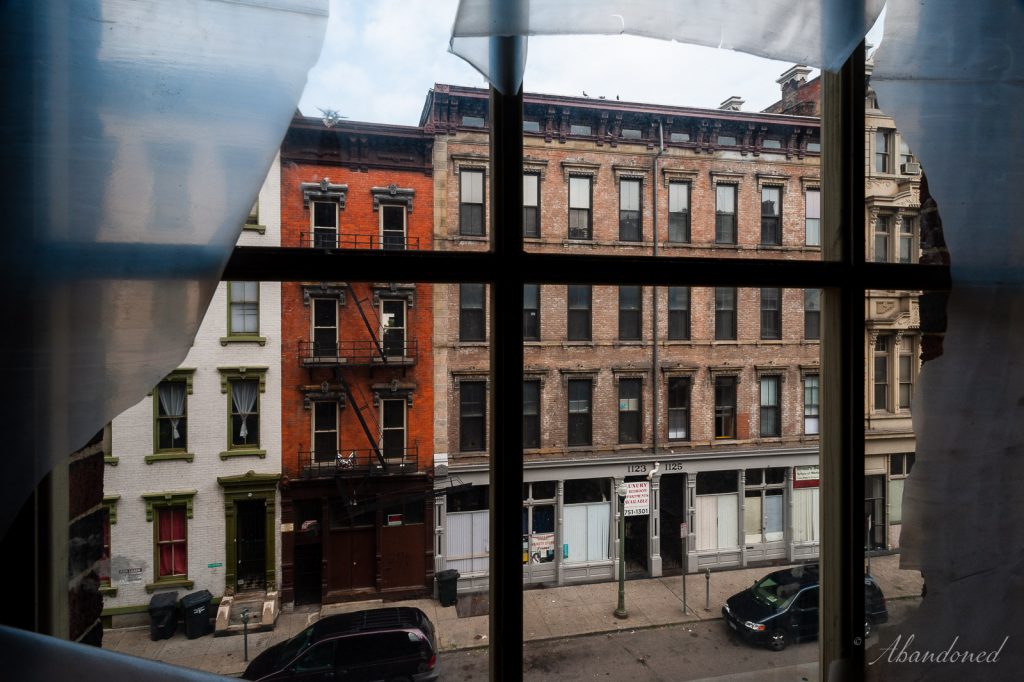 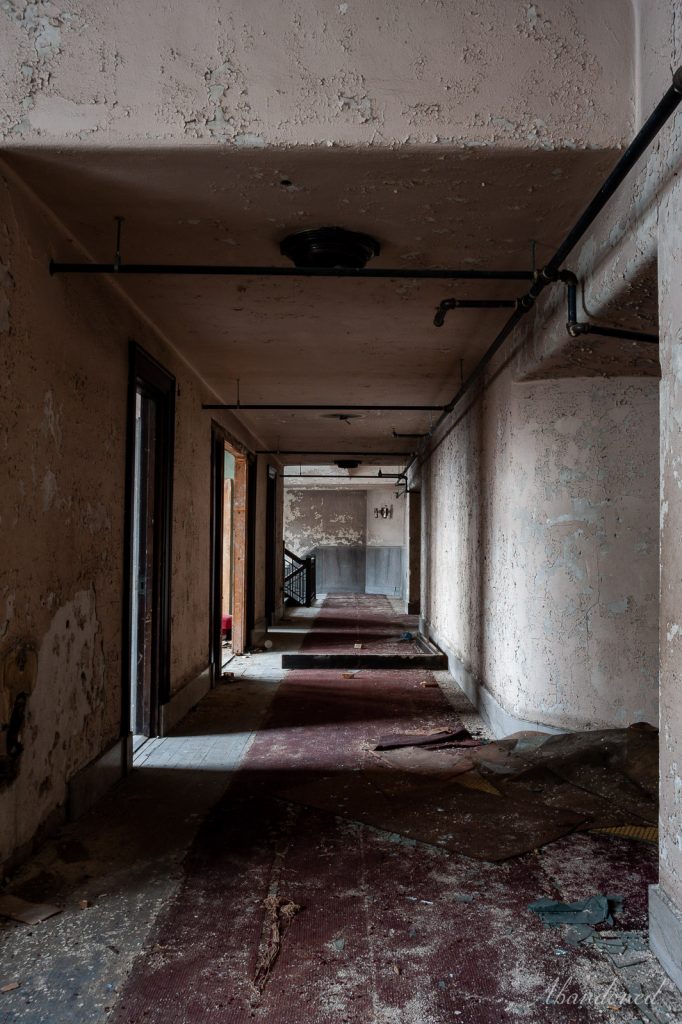 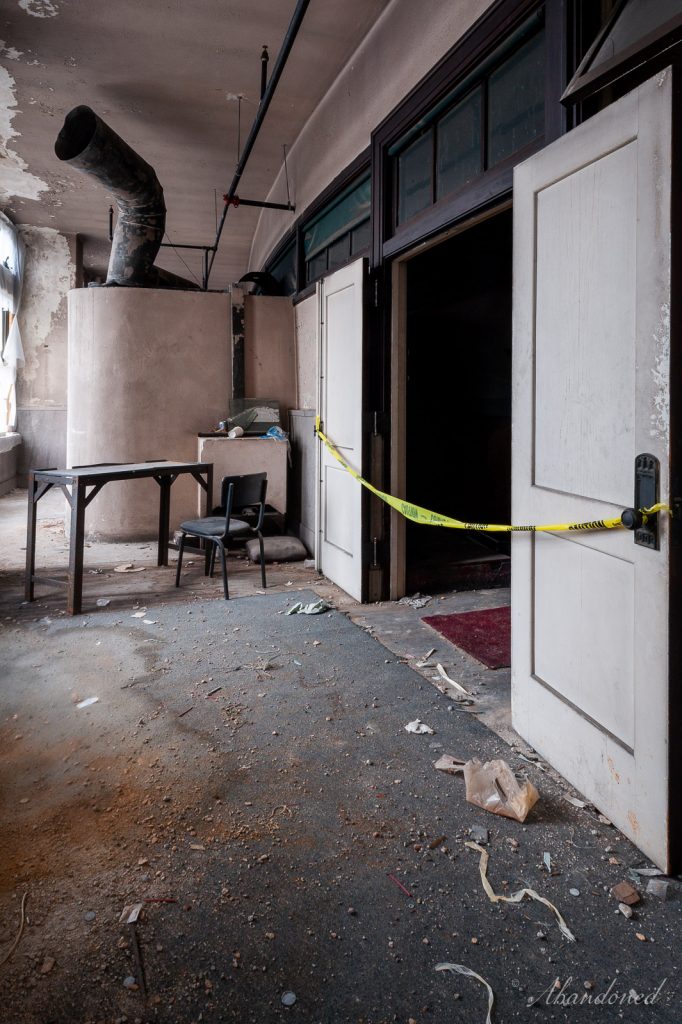 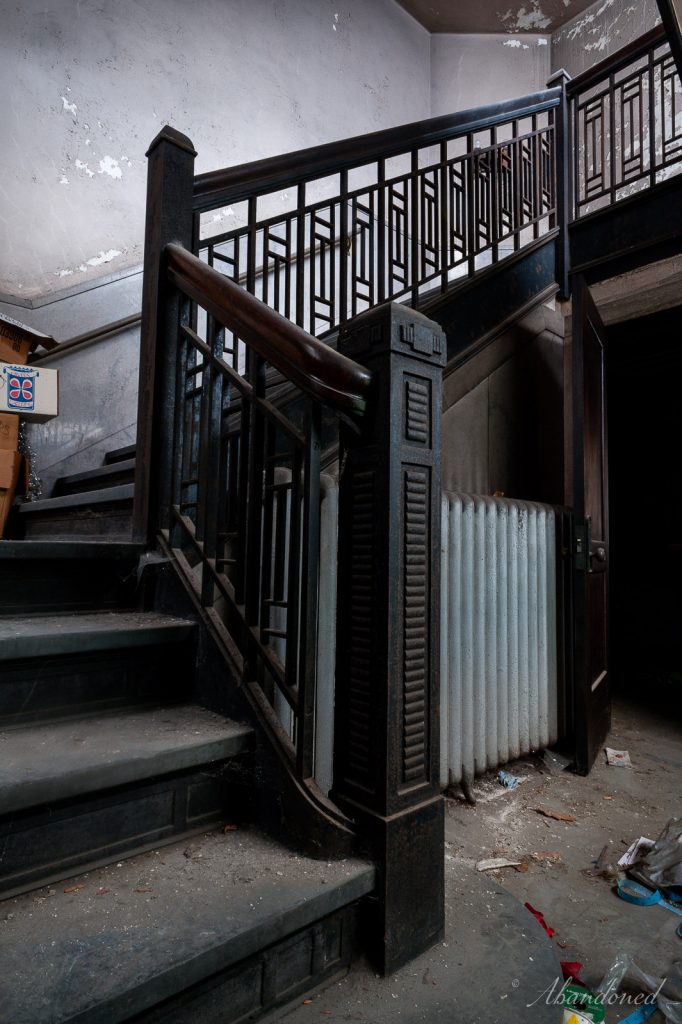 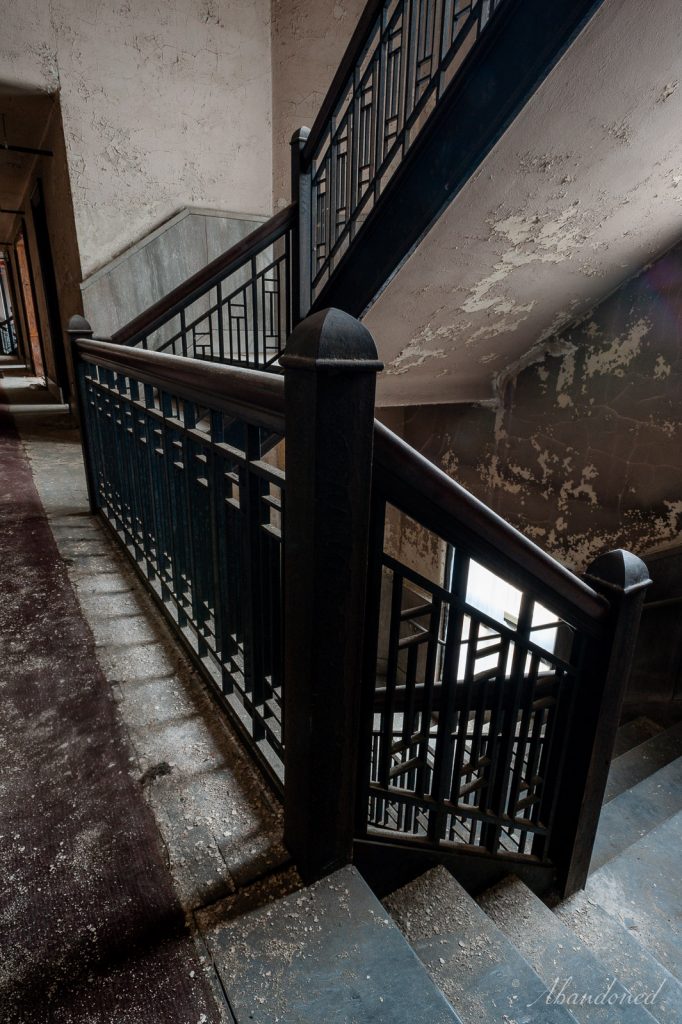 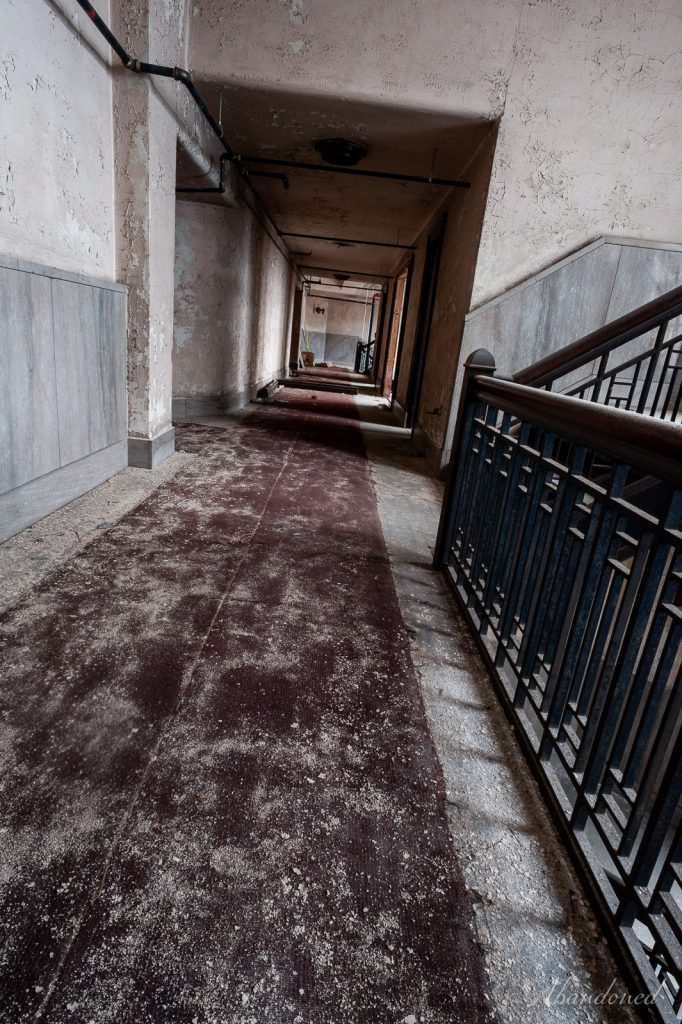 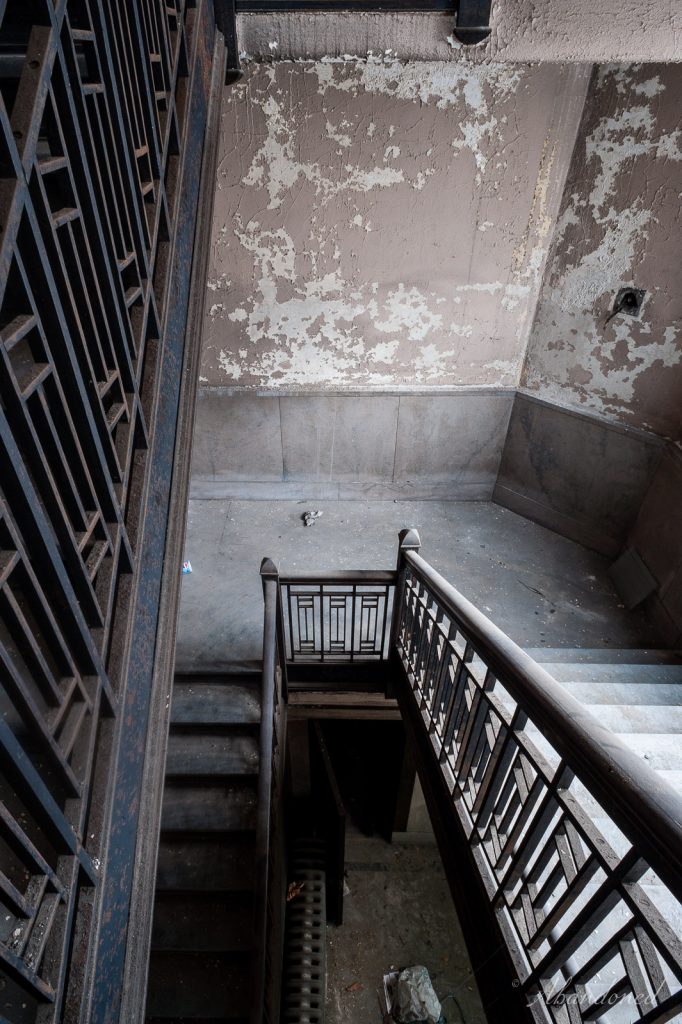 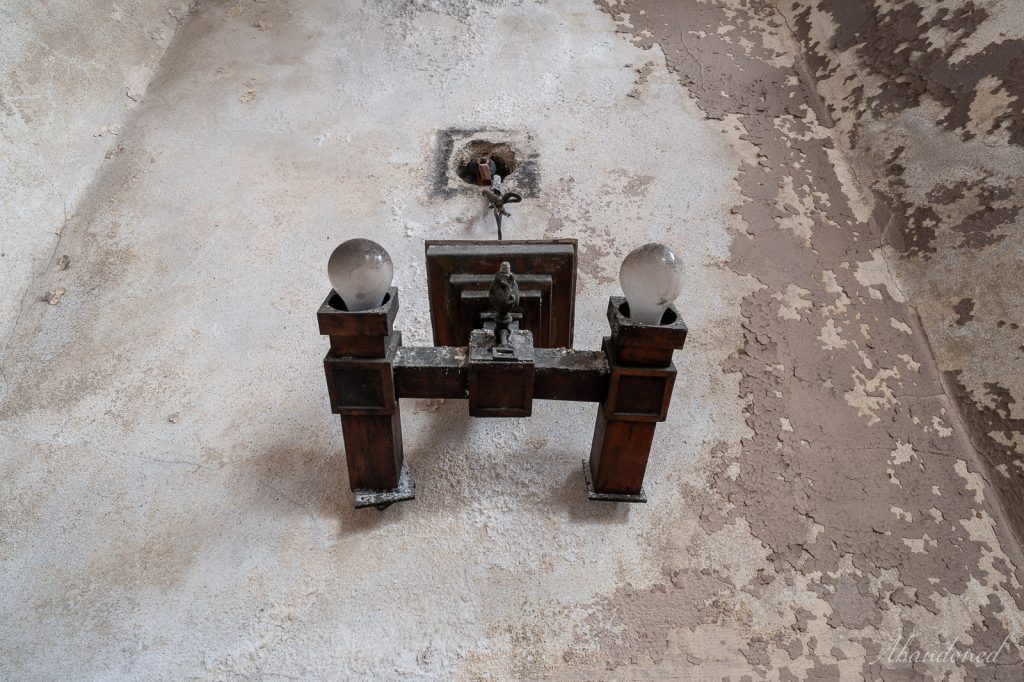