Land surveyors had been in the vicinity of Falls of Rough along the Rough River in western Virginia as early as the 1780s. 5 Land was initially acquired by speculators, including George Washington, who had amassed 5,000 acres. The first settler in the vicinity of the river was George Wilson who had come from North Carolina to construct a mill and dam in 1780. 2 In 1781, Isaac Hite, a surveyor from the Shenandoah Valley of Virginia, acquired title to land around the Rough River. 5

Benjamin Sebastian, one of Kentucky’s first Appellate Court judges, acquired the mill, dam, and several thousand acres of land from Hite in 1811. 5 It was then sold to Willis Green II in 1821. Green, born in Virginia was the son of a prominent early settler to Danville.

Green, working in Hardinsburg as a lawyer and surveyor, moved to the area in 1821 and erected a sawmill, gristmill, and dam in 1823. 5 Green’s mill featured horizontal gears carved from white hickory and vertical gears of cast iron. 1

A post office, named after Green, opened in 1830. 3 4 It was renamed Falls of Rough in 1850 after the nearby rapids along the Rough River.

In 1855, a flood washed out the original dam. 1 5 Lafayette, Willis’ nephew and heir to the mill, borrowed $20,000 from B.F. Beard and Edgar Bennett, and rebuilt the dam with cut stone which was secured into the bedrock with iron pins. The grist mill was later remodeled and expanded with a three-story woolen mill. 5 A new general store was added in 1880, and a sawmill on the eastern banks of the Rough River was built in 1890. Cut logs were rolled into the river where they were floated downstream to the mill. A water-powered tram car took the logs inside the mill, which were then placed onto a saw carriage. The logs were sawed into lumber and loaded onto a cable-operated tram car and put in the lumber yard.

In the same year, the Louisville, Henderson & St. Louis Railroad (LH&StL) was completed to Falls of Rough, and the Greens soon began shipping livestock, cotton, lumber, and ground meal on the trains. 5 They were best known for their Shetland ponies which were sold nationwide.

Lafayette’s sons, Willis, Preston, and Robert, formed the L. Green & Son to operate the complex of mills. 1 5 At the company’s height at the turn of the 20th century, the Green brothers controlled over 6,000 acres of land and employed nearly 200 people, and was the single largest farming operation in the state. 5

The sawmill closed in 1933 after all of the nearby trees had been timbered and processed. 1 The Louisville & Nashville Road, the successor to the LH&StL, abandoned the Falls of Rough branch because of a lack of originating traffic. 5 In 1941, the sawmill was sold and dismantled.

Jennie Green assumed control of the land in 1946, and the property later passed to cousins from Texas who continued to operate the gristmill until 1965.

The Falls of Rough was added as a national historic district in 1978. 5 At the time of its nomination, all that remained of the commercial area, excluding the mill, was a small row of c. 1880 structures.

After decades of abandonment, the mill collapsed around 6 p.m. on August 14, 2016. 4 Owner Harvel Escue proposed to donate the mill ruins to the Falls of Rough Old Mill Preservation, a non-profit that had been established to stabilize and reconstruct the mill. Escue worked with the group to dismantle the remains of the mill, saving all of the equipment, t-beams, and gears. Work to reconstruct the mill was expected to begin in 2018 but as of 2021, nothing has been accomplished toward that feat. 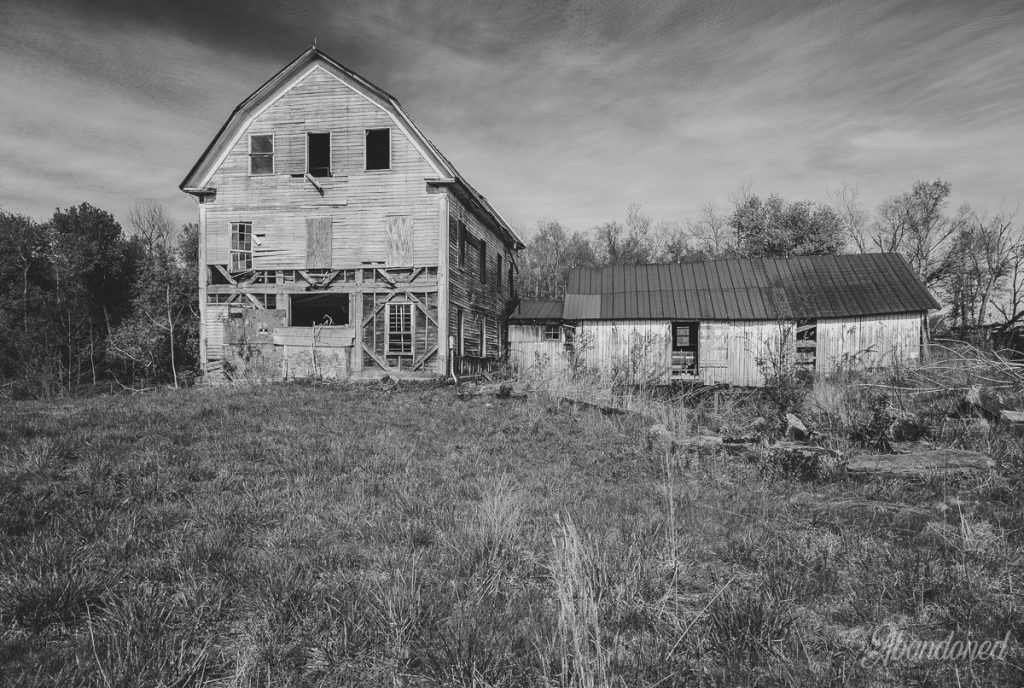 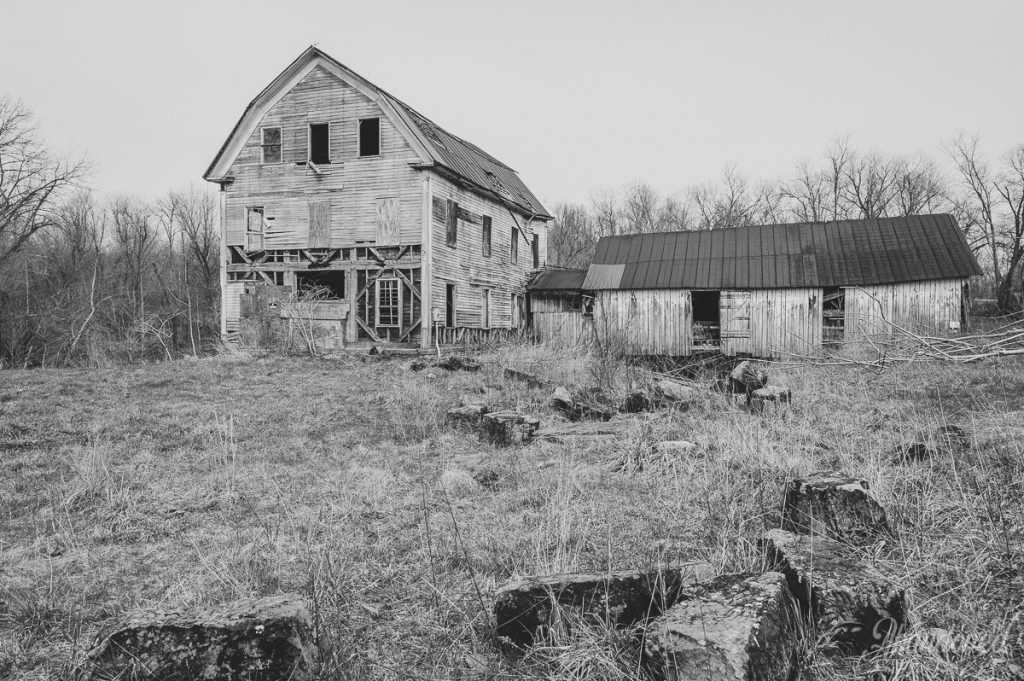 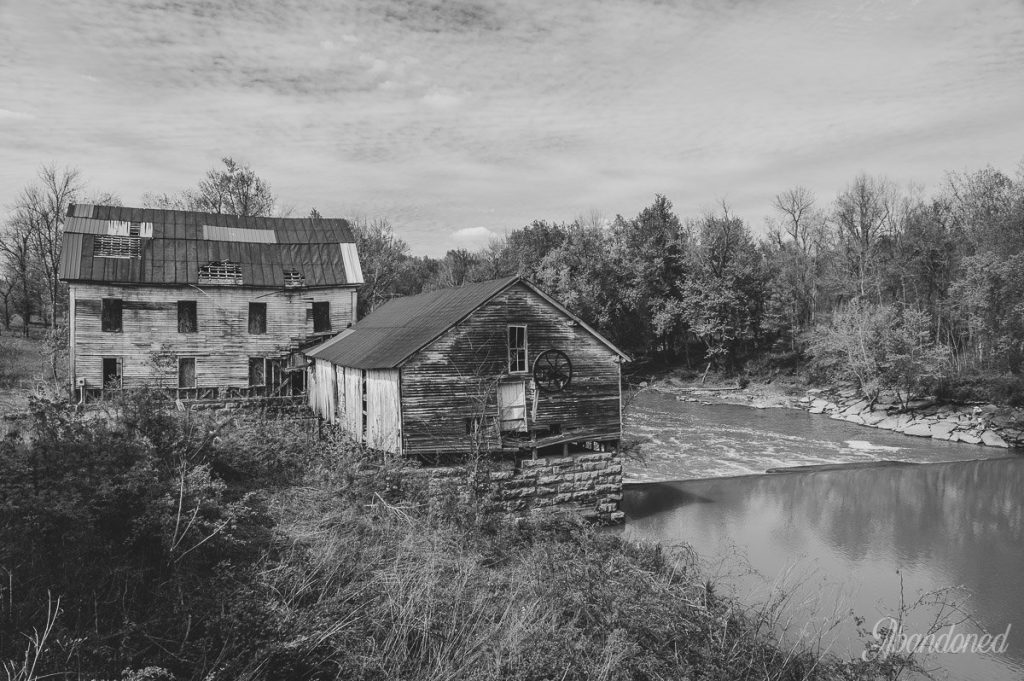 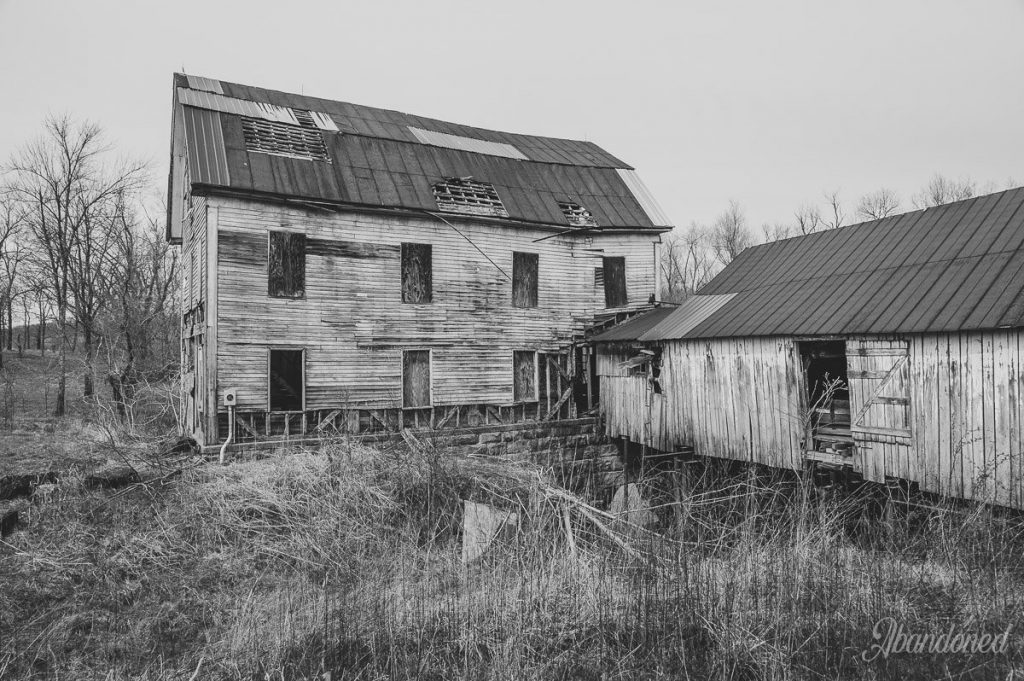 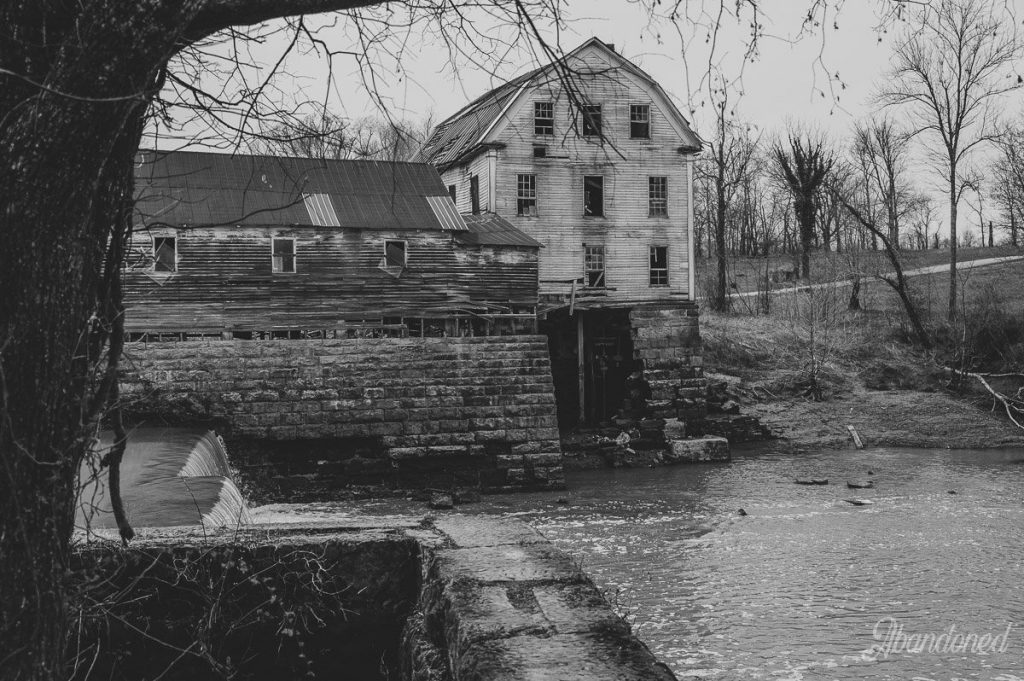 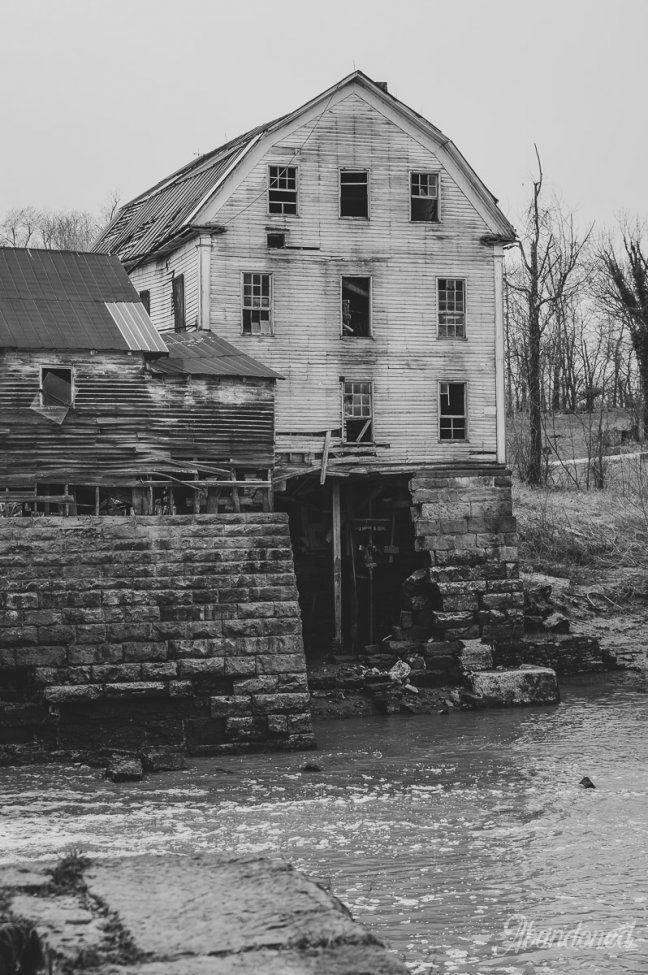 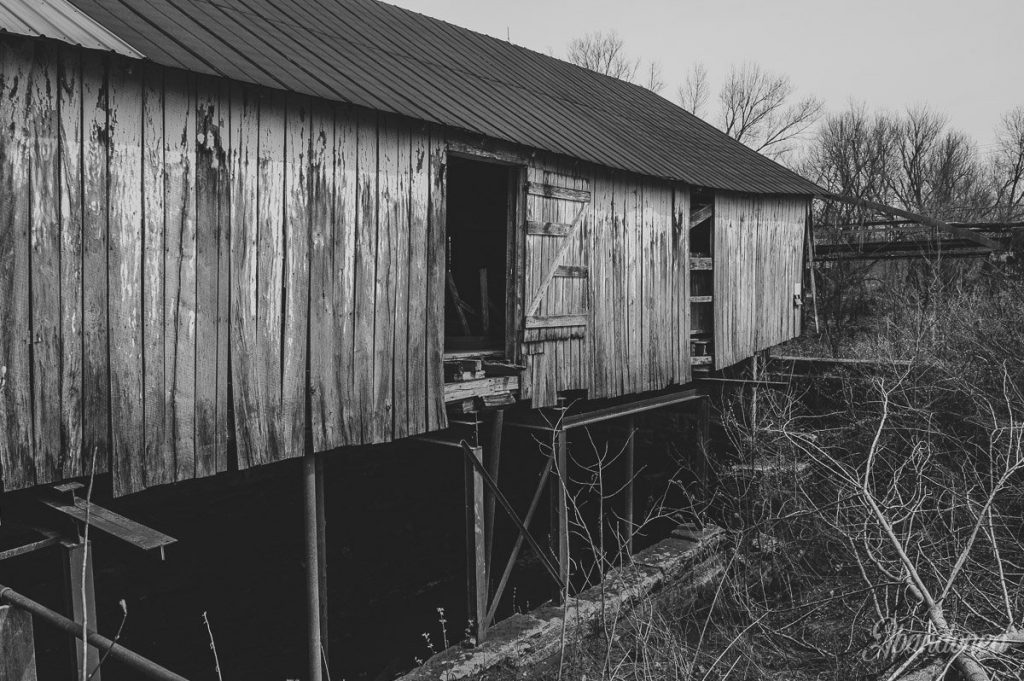 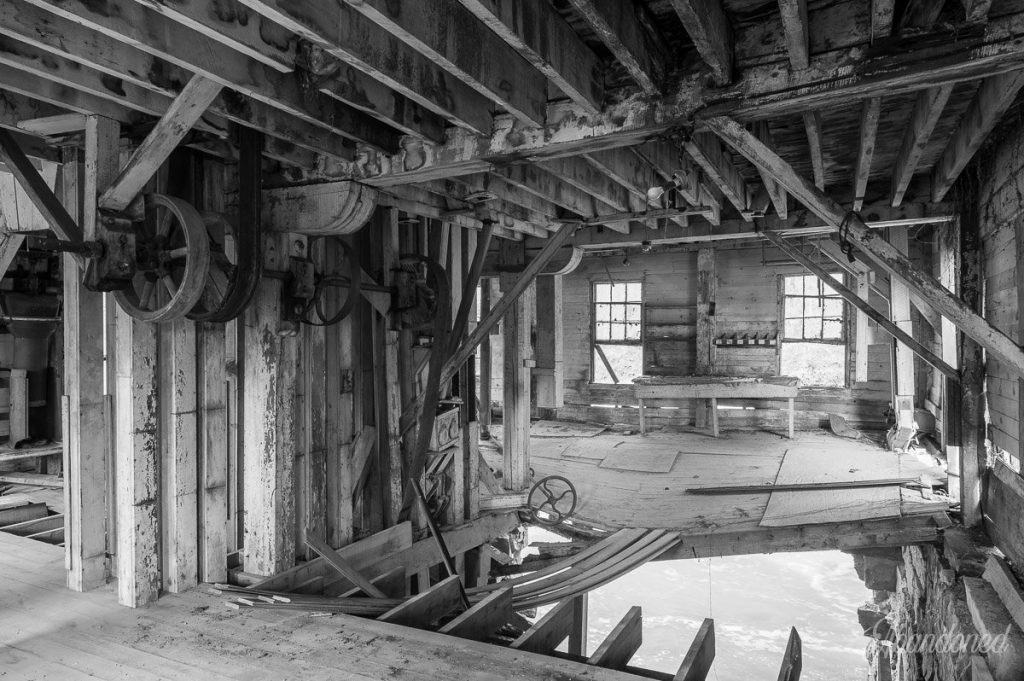 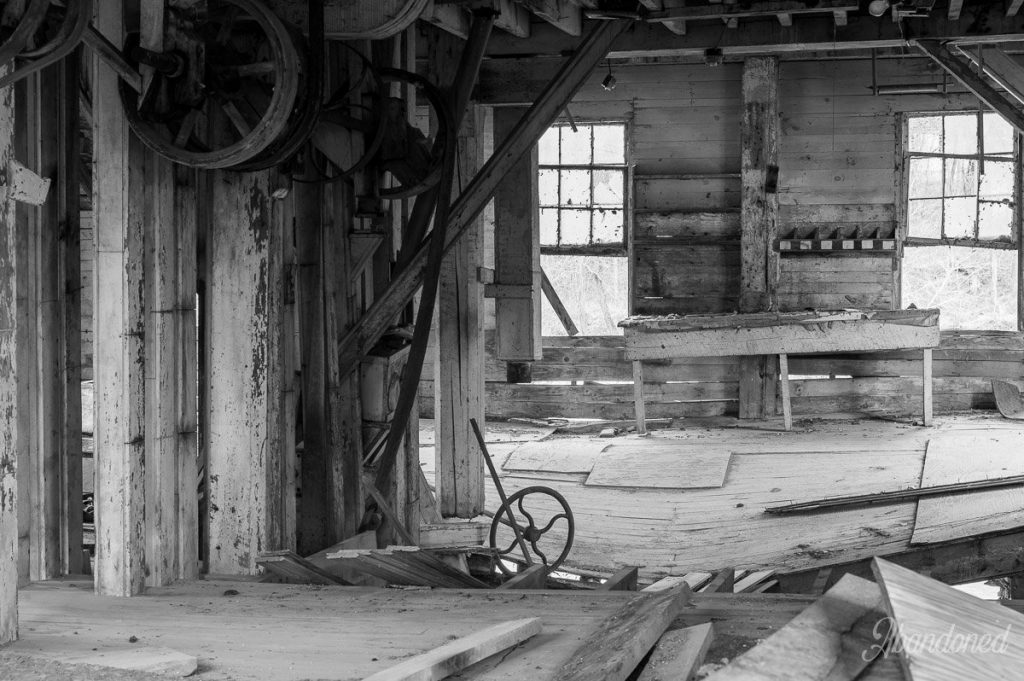 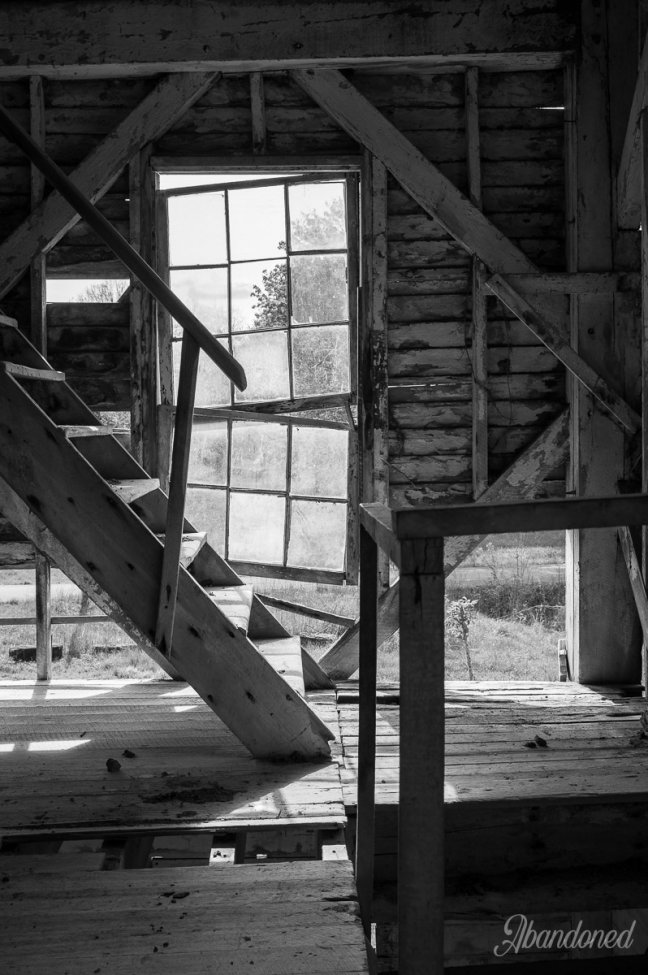 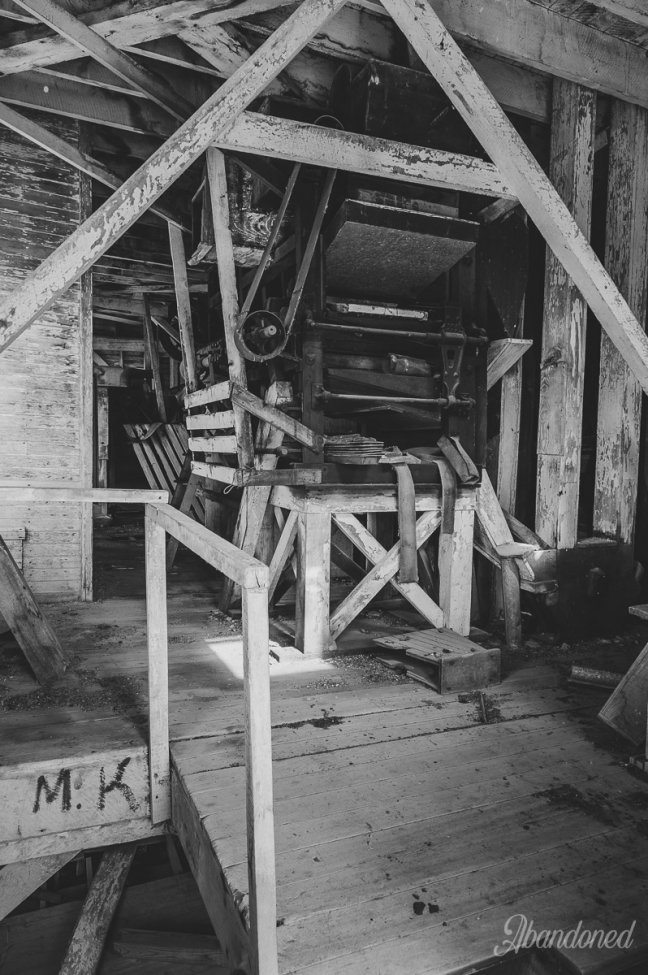 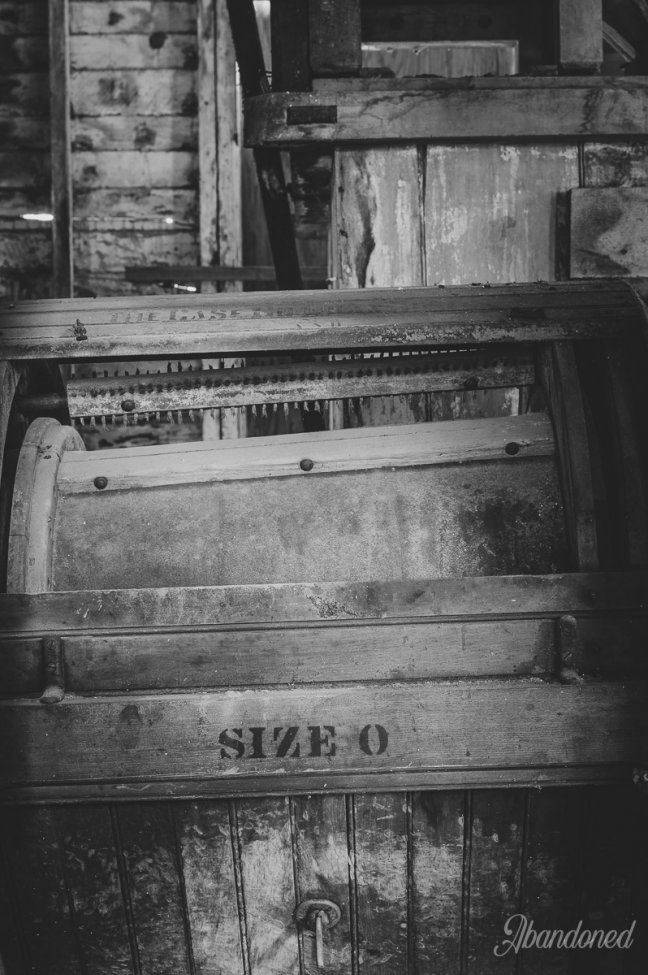 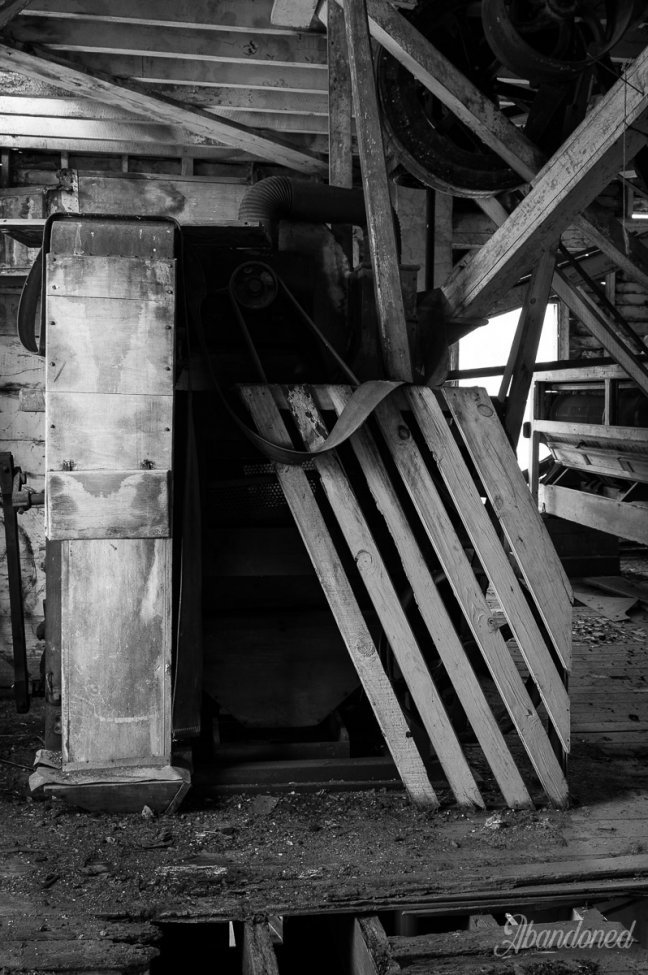 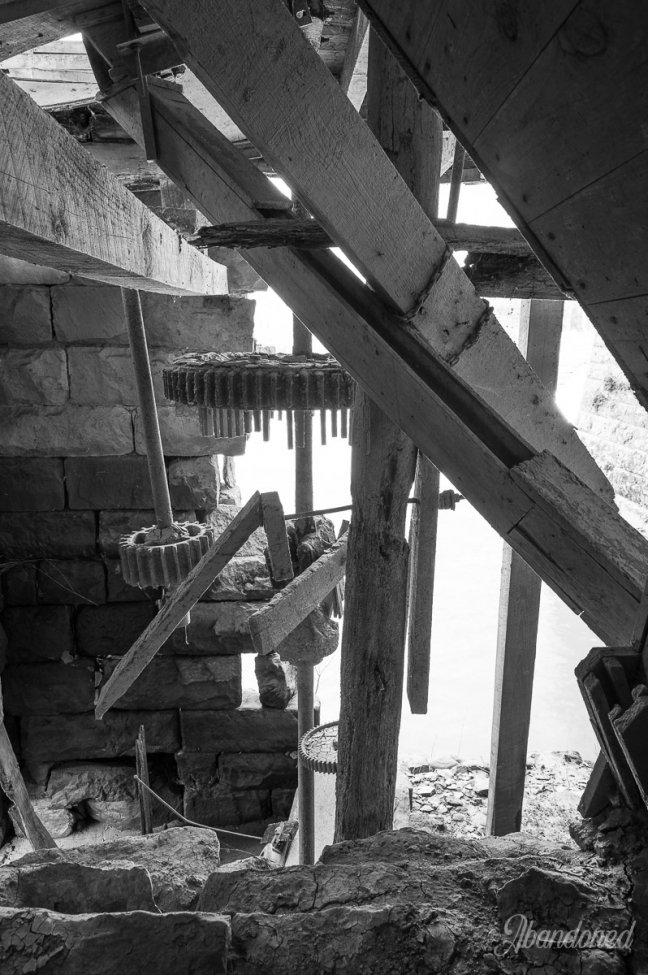 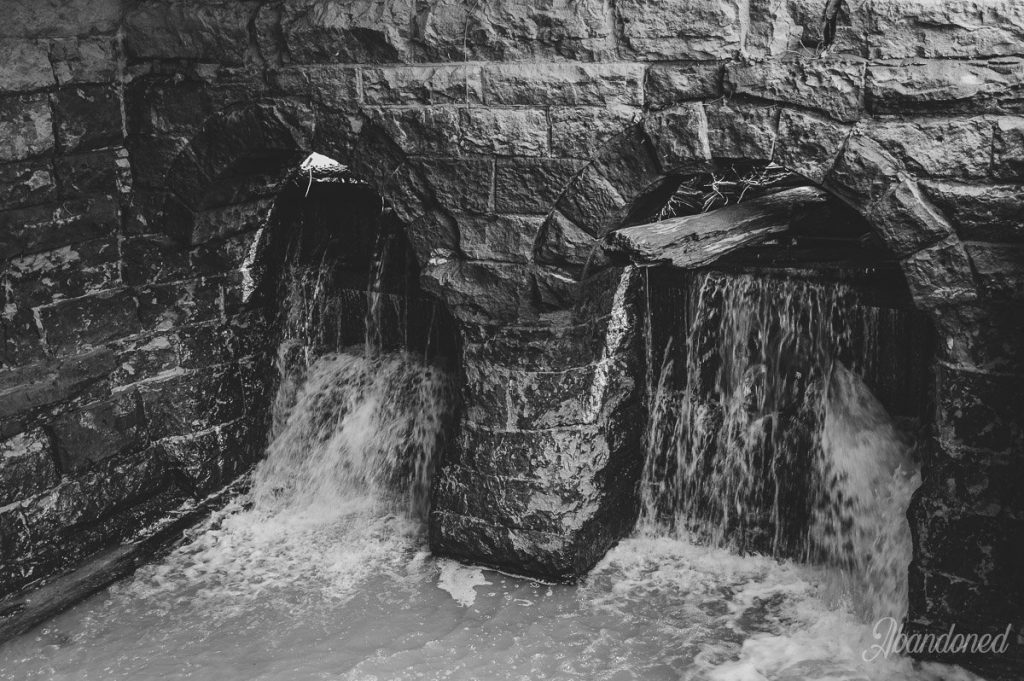 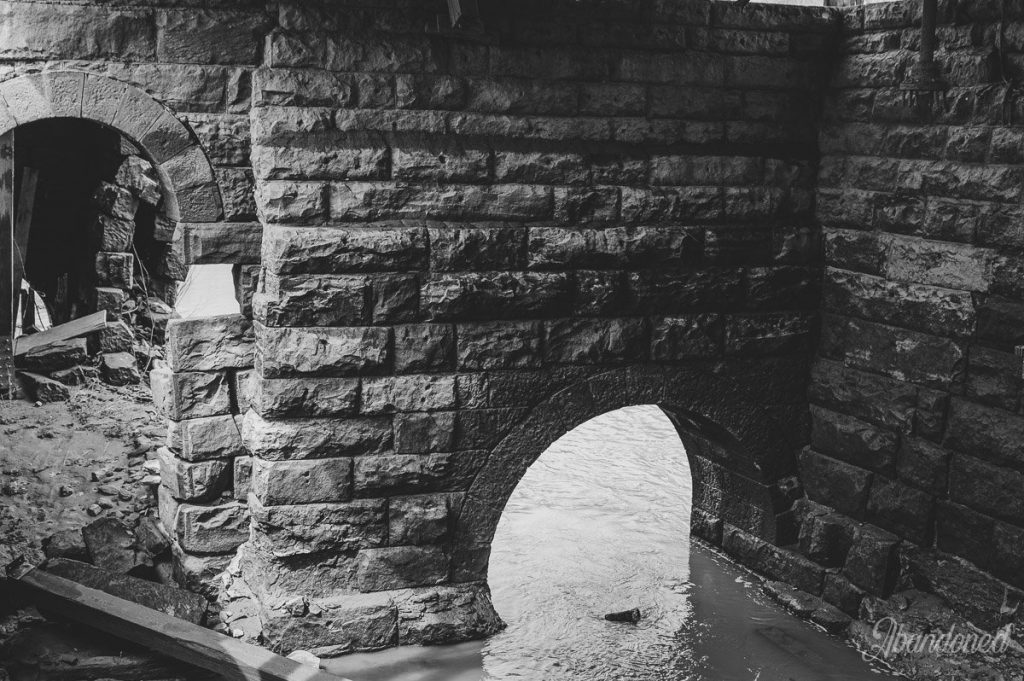 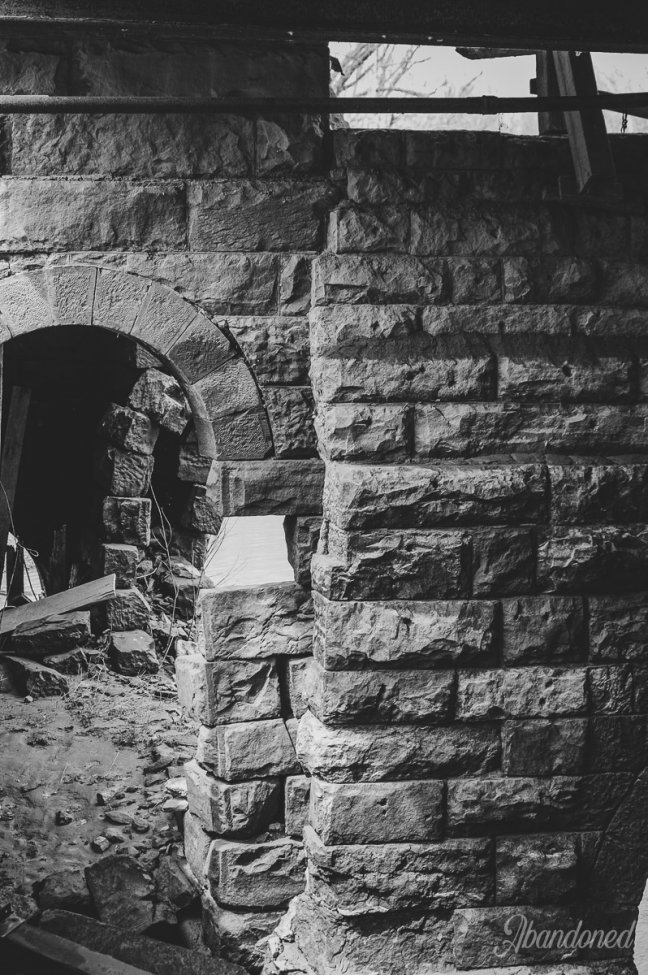 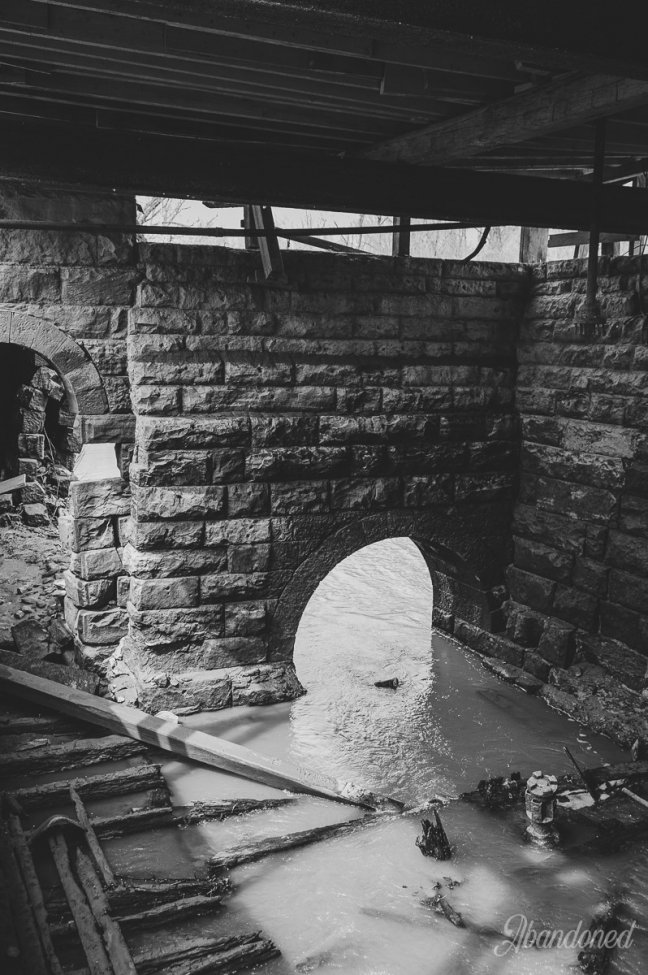 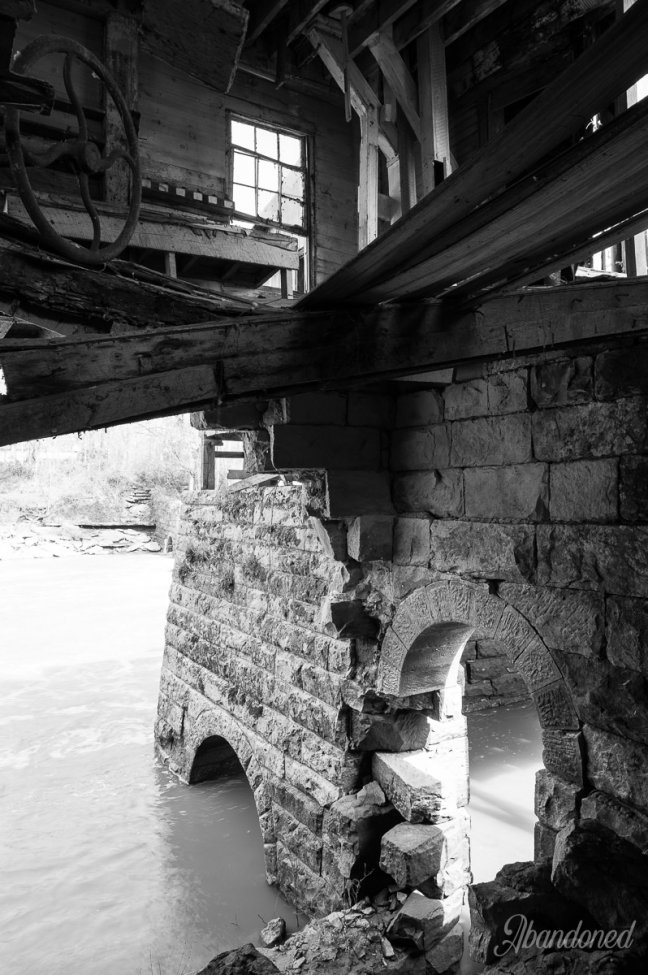 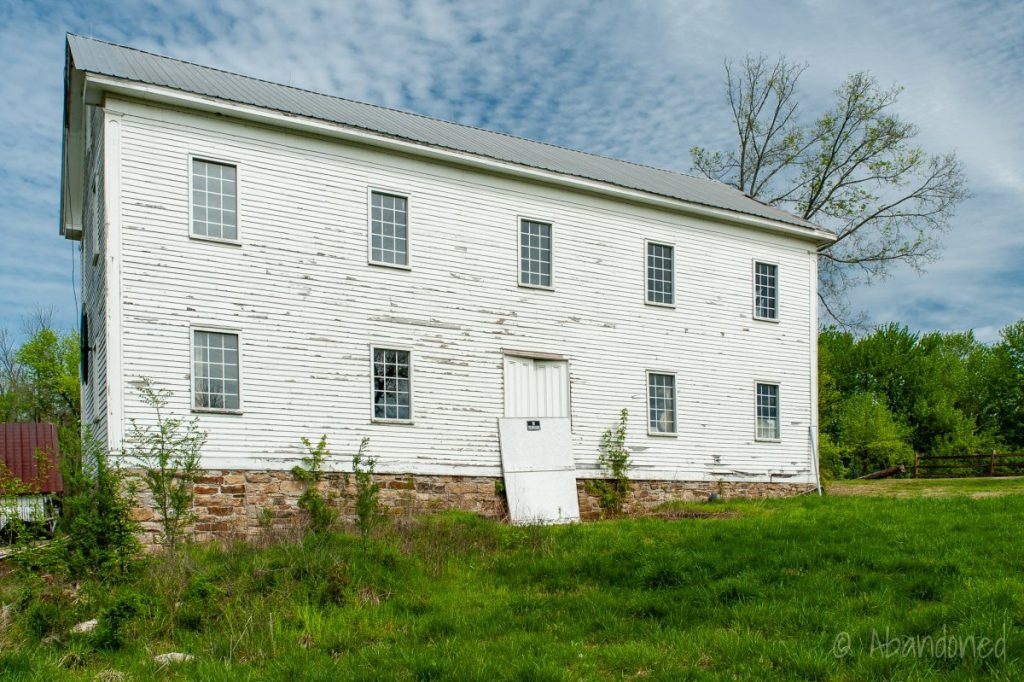 A White Christmas at Limeville

Over the next month, Abandoned will highlight ten properties that are in danger of demolition or demolition-by-neglect. The first endangered property is from Cincinnati's St. Mark Catholic Church, and…
END_OF_DOCUMENT_TOKEN_TO_BE_REPLACED