The First Baptist Church is an endangered church in McKeesport, Pennsylvania. It was constructed in 1904, abandoned in 1990 and is set for demolition.

McKeesport was established in 1795 and named in honor of David McKee. A non-denominational meeting house was constructed on a parcel of ground donated by John McKee in the city of McKeesport in 1819. 1 The First Baptist Church was first chartered as the McKeesport Regular Baptist Church by the Rev. William Stone and Nathaniel Tibbets 7 on June 3, 1820. 1 It initially met in the Union Church until 1838, when it constructed a frame building on Blackberry Alley below the Diamond on a lot donated by James Penney. 7

Coal mining began on the large deposits of bituminous coal in the region in 1830, and McKeesport’s population began to steadily increase. With 50 members, the First Baptist Church was admitted into the Pittsburgh Baptist Association on April 10, 1841. 1 By 1842, the membership had more than doubled.

The church moved to a building at the corner of Walnut and Sixth streets 7 on December 25, 1868. 1 An adjoining parsonage was built in 1876. 7 By the end of the 19th century, the church boasted a membership of 541 and a Sunday School with 350 members.

In August 1902, the congregation decided to sell their church for $65,000 to developers so that a skyscraper could be erected on the site. 2 The church then acquired property at Olive Street and Locust Avenue for $22,000. 5

In April 1903, the church hired architect J.C. Fulton of Uniontown to design a new building, which was projected to cost $50,000. 4 A cornerstone laying ceremony, led by the Rev. J.A. Maxwell, was held on May 28, 3 and on June 19, 1904, the new First Baptist Church building was dedicated. 1 At the ceremonies, Andrew Carnegie donated half the cost of the pipe organ.

McKeesport was booming by the late 1930s, with the nearby National Tube Works employing nearly 10,000 and a population nearing 55,000. By 1938, the First Baptist Church congregation totaled 908. 1 The good times soon came to an end, as the city’s population began a long and painful decline over the ensuing decades as the steel industry contracted. McKeesport dipped to half of its peak population by 1990. Facing a small congregation and mounting expenses on its aging church, the First Baptist Church disbanded. 6

On April 19, 2005, Zion Baptist Church acquired the former First Baptist Church building from the McKeesport Redevelopment Authority for $1,000 with the intention of renovating the structure. 6 Owing to the high costs of reusing the church, Zion Baptist abandoned the project. 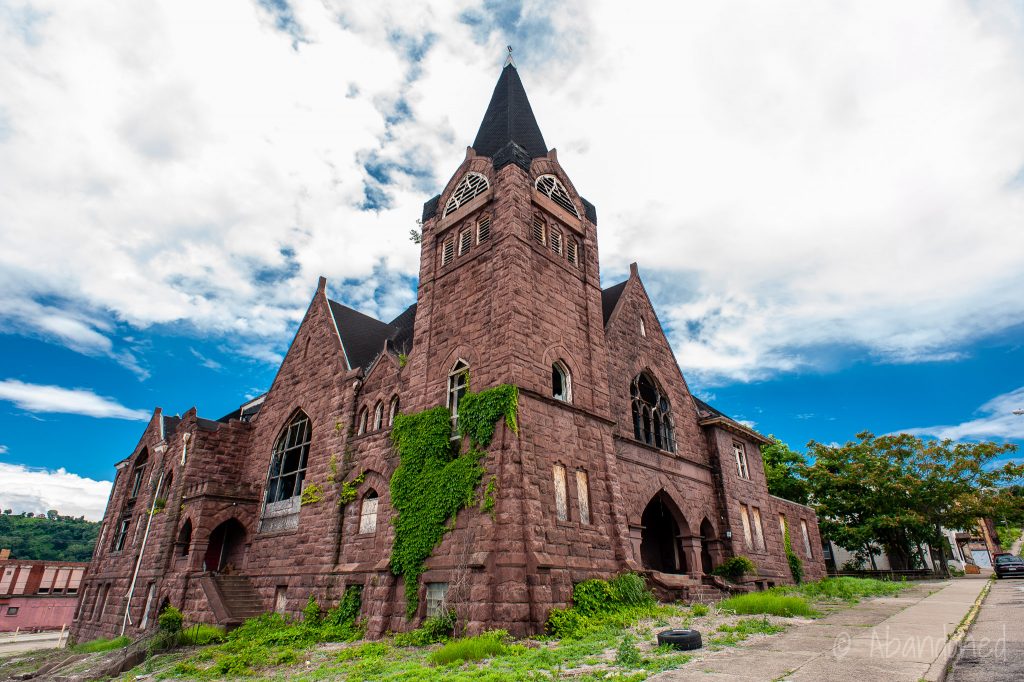 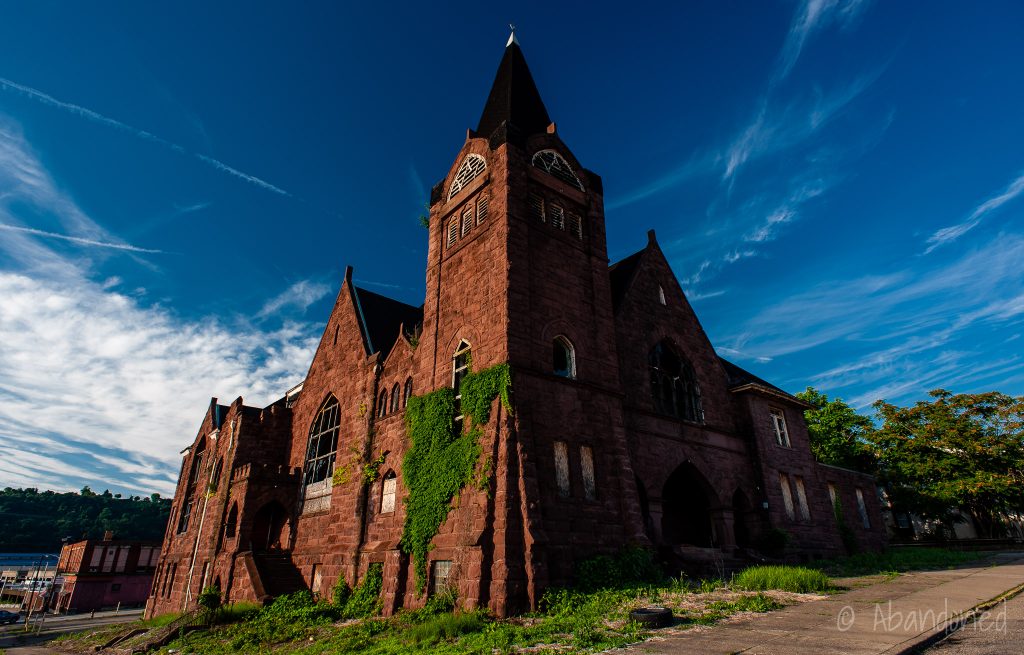 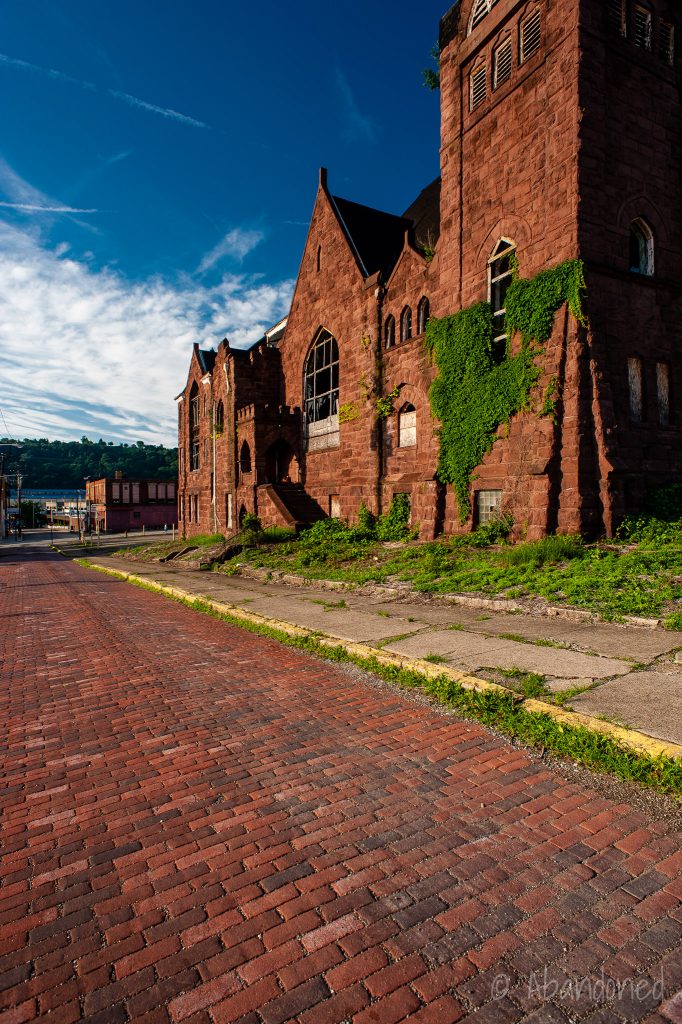 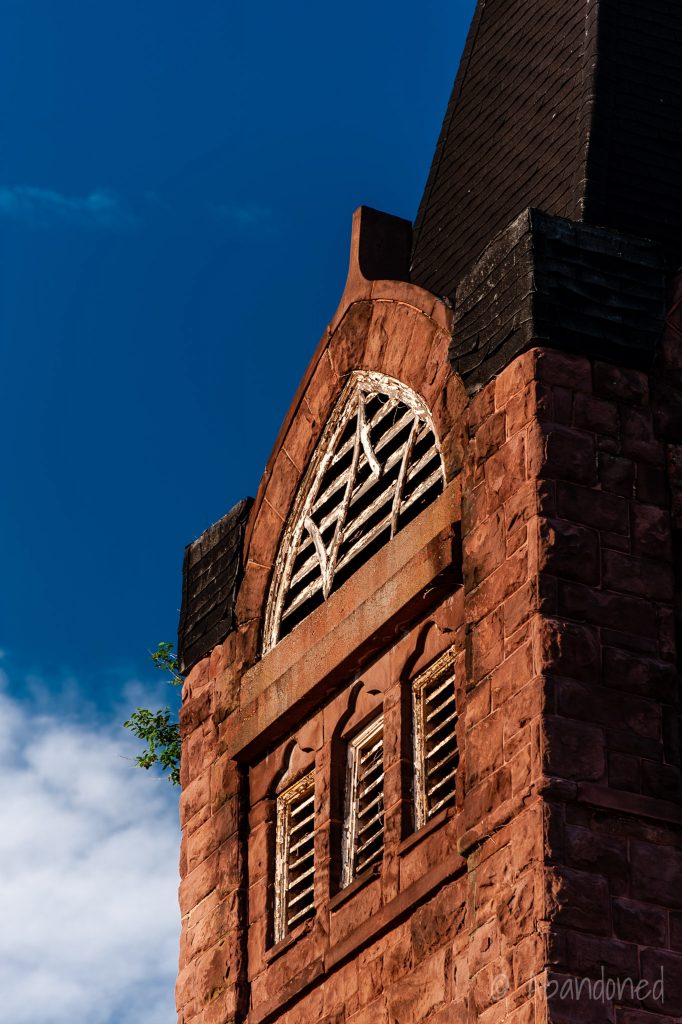 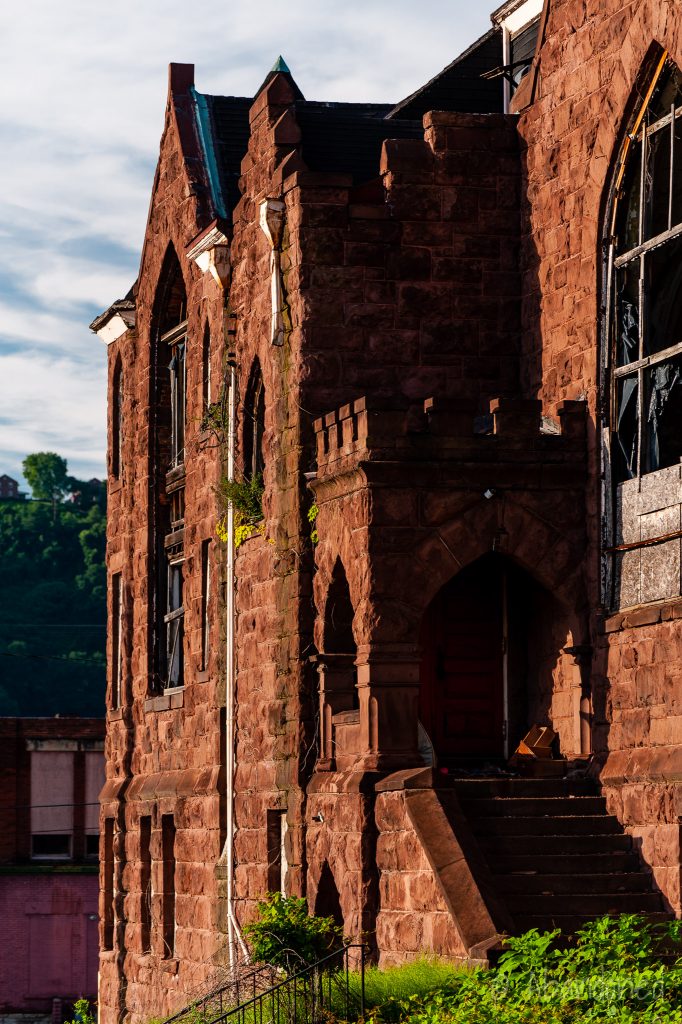 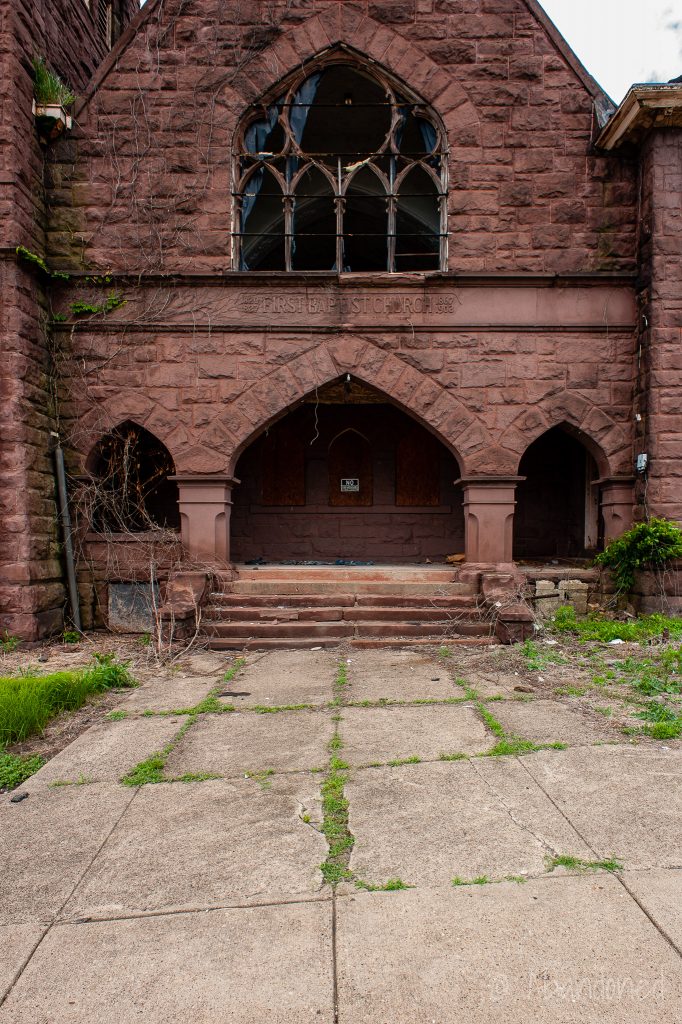 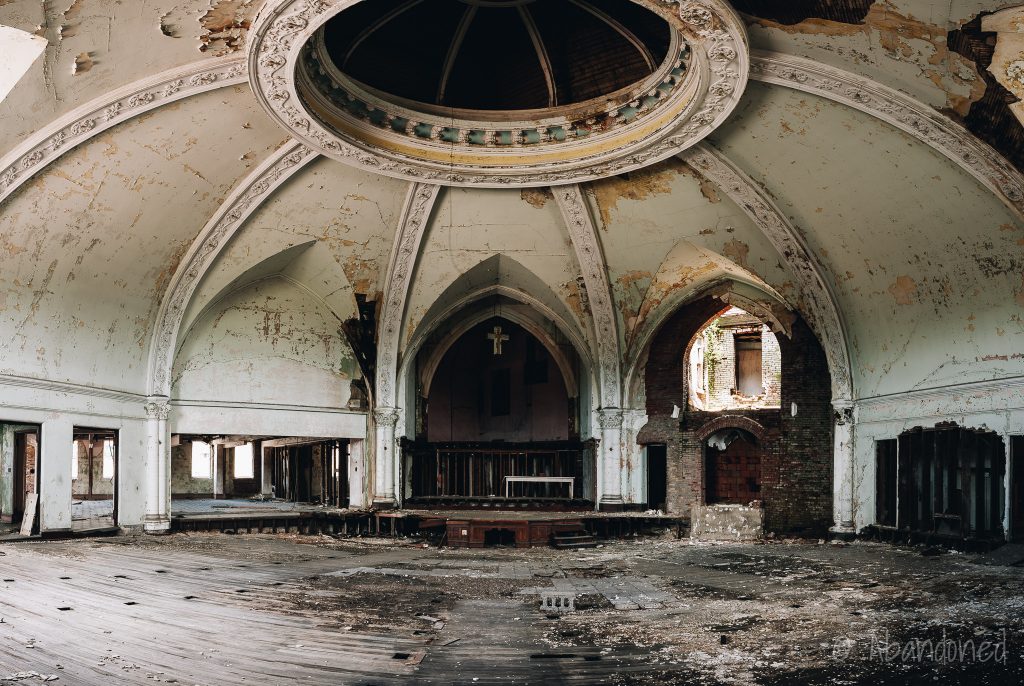 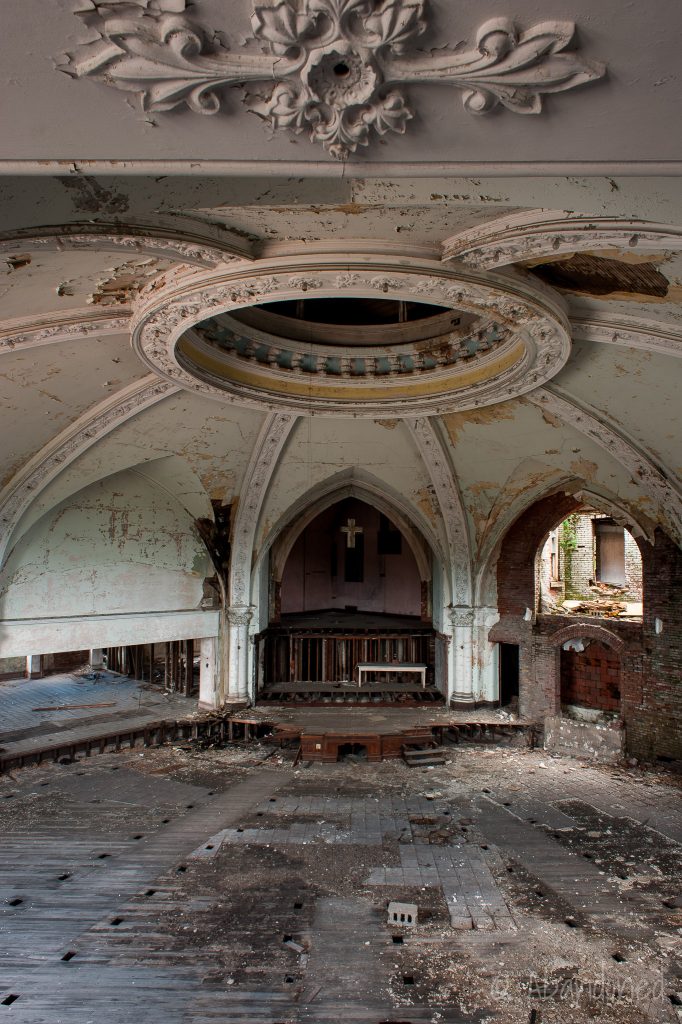 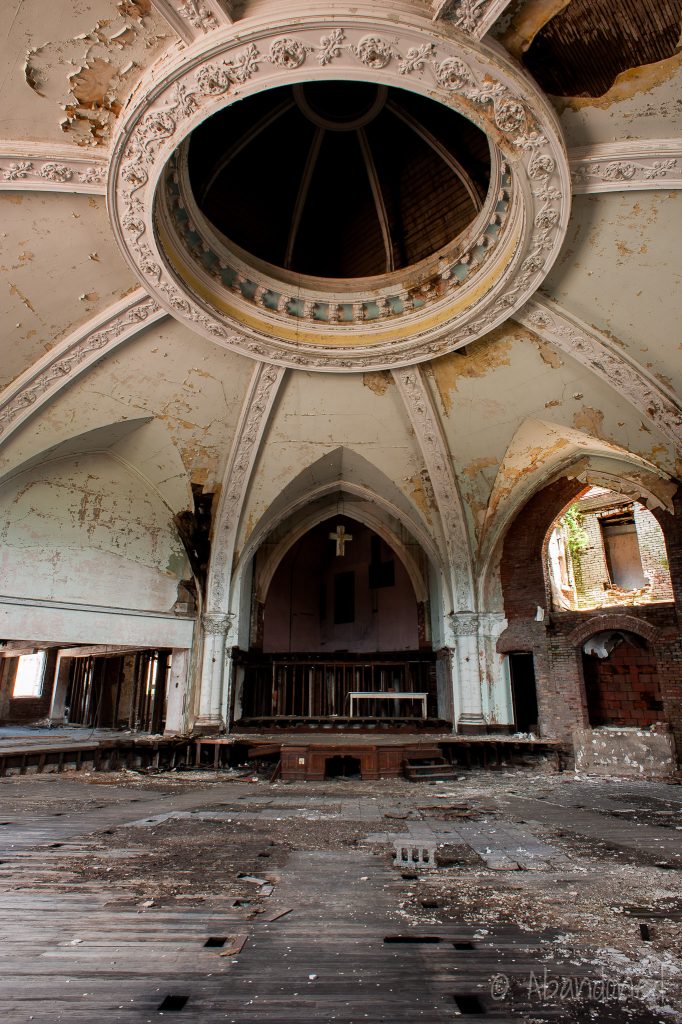 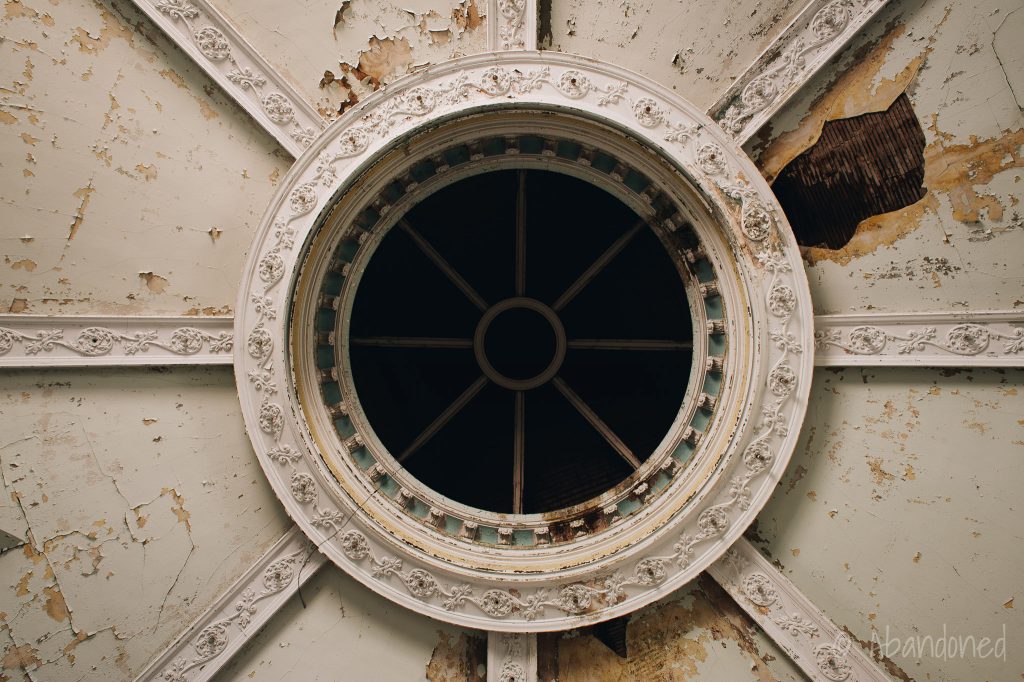 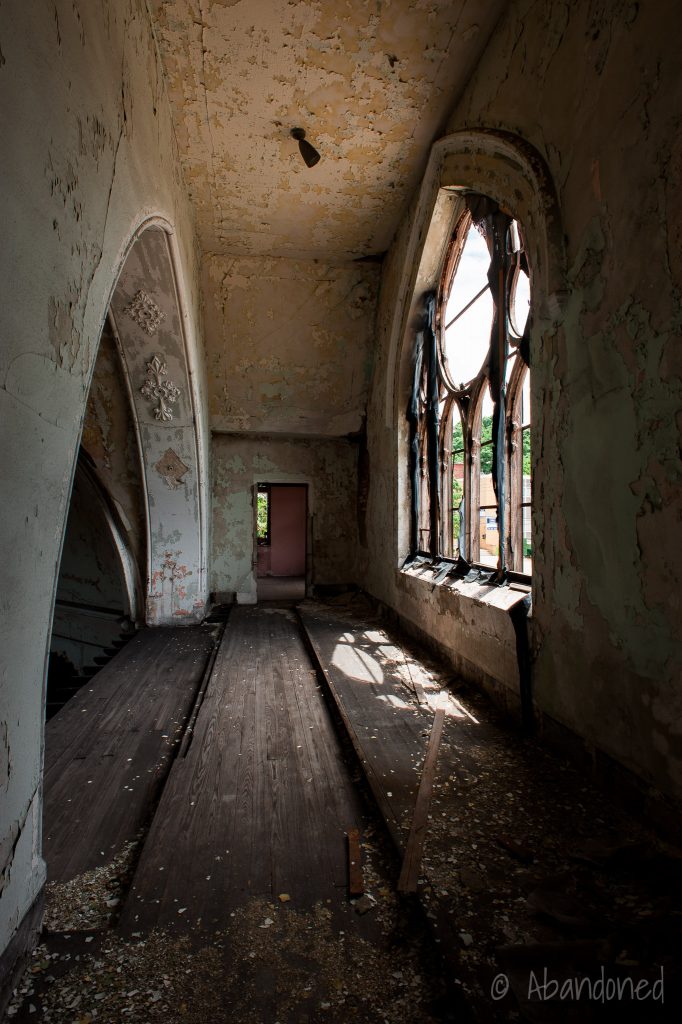