Fort Carroll is an abandoned sea fort in the middle of the Patapsco River near Baltimore, Maryland. It is named for Charles Carroll of Carrollton, a signer of the Declaration of Independence.

In 1847, the state of Maryland gave permission to the United States War Department to construct a fort in the shallow waters of Soller’s Point Flats in the Patapsco River to protect the city of Baltimore. Fort Carroll was considered a part of the “Permanent System,” or the Third System construction program, which aimed to guard America’s most important ports from foreign invasion. 1 The only other protection for Baltimore was Fort McHenry just outside the city.

Then Brevet-Colonel Robert E. Lee designed the hexagonal structure and supervised the construction that was undertaken by General Joseph Gilbert Totten, Chief Engineer of the U.S. Army Corps of Engineers in 1848. 1 Cofferdams were built around the fort and huge piles were driven into the water 12- to 15-feet deep. A wooden grillage was placed atop which was then covered with massive stones and mud fill from the bed of the river, with the walls faced with granite. Additionally, an artesian freshwater well was drilled in the center of the fort supplying water fit for use in case of an emergency.

The original design foresaw the complex outfitted with 225 cannons on three levels. 1 But by April 1861, at the outbreak of the Civil War, Fort Carroll’s walls were still less than half the planned height of 30 feet. Only five gun platforms were available and only two of those were armed with guns. Still, the Army installed 30 cannons and occupied the fort throughout the war.

In April 1864, torrential rains flooded the fort’s magazines which forced the Army to move all the powder and ammunition to Fort McHenry. 1 In 1871, it was determined that the walls of the fort would not be extended upward, but Col. Craighill, who was engaged in the deepening and widening of the ship channel, proposed to the Chief of Engineers of the Army to cover the masonry walls of the fort with the excess dredging material to a proper thickness, converting the fort into an earthwork. It could then receive the heaviest guns on the top. However, Congress declined to fund the project.

When the United States entered into the Spanish-American War in 1898, the Army defended the fort although the batteries by then were obsolete. 1 The Army constructed modern concrete gun emplacements following the designs of the Endicott Board. It created three batteries:

The new batteries were finished by September 1900, well after the end of the conflict. 1 They received their names on March 30, 1903.

After World War I broke out, the Army removed the guns from Battery Heart in 1917 and from Battery Towson in 1918 to use elsewhere. 1 By 1920, all of the guns had been removed from Fort Carroll. The fort was officially abandoned in March 1921, with all remaining equipment moved to Fort Howard. The War Department declared the island excess property in 1923.

Various proposals were considered for the use of the former fort, including converting it into a prison as well as a plan by Baltimore mayor William Broening to install an electric “Welcome to Baltimore” sign on the island, accompanied by a statue of Lord Baltimore. 2

The Army used the abandoned fort as a firing range and as a checkpoint for passing vessels during World War II.

In May 1958, Baltimore attorney Benjamin Eisenberg purchased the island for $10,000 and intended to construct a casino atop the ruins of the fort. 2 The plans never materialized.

Fort Carroll was listed as a threatened historic property by Preservation Maryland in 2013 3 and was listed on the National Register of Historic Places in 2015.

A lighthouse was added on the ramparts in 1853 to aid navigation into Baltimore Harbor. 1 It was replaced in 1898, automated in 1920, and discontinued prior to World War II. 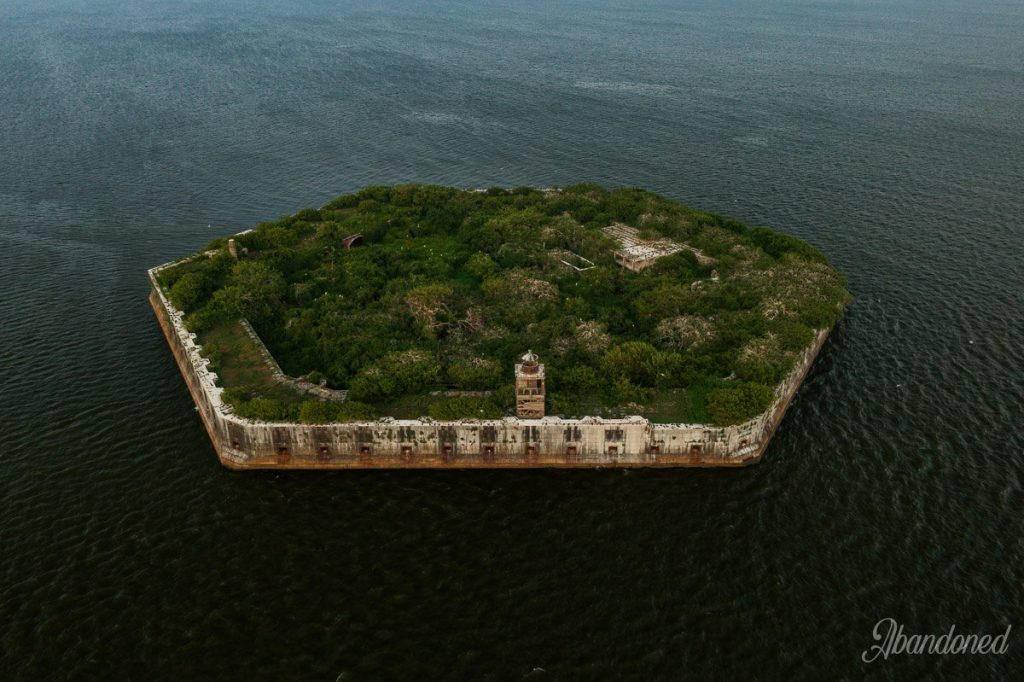 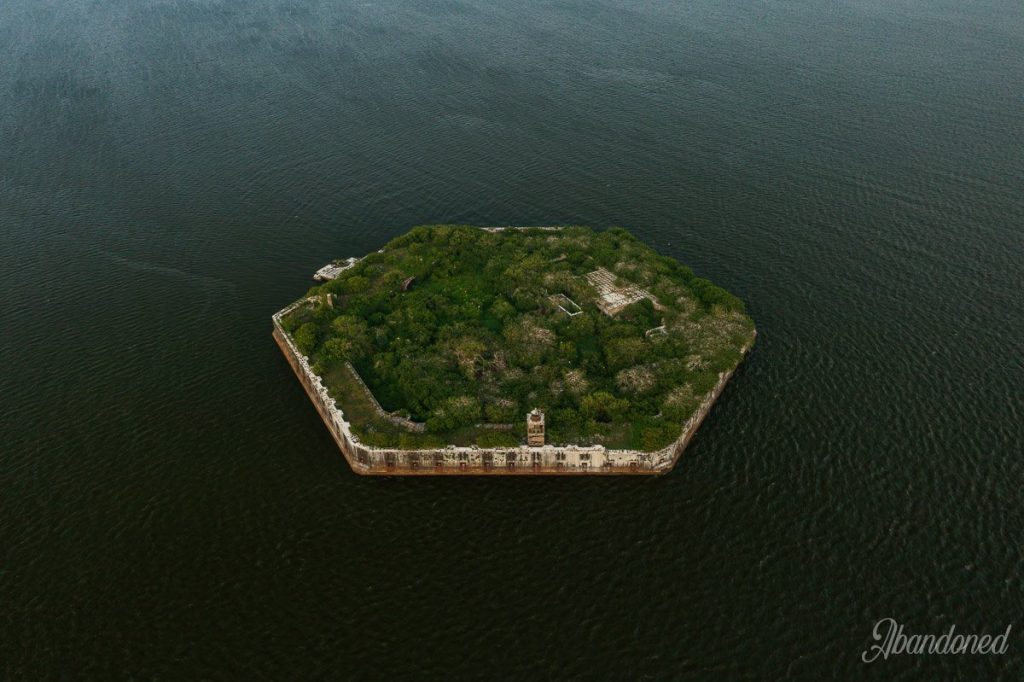 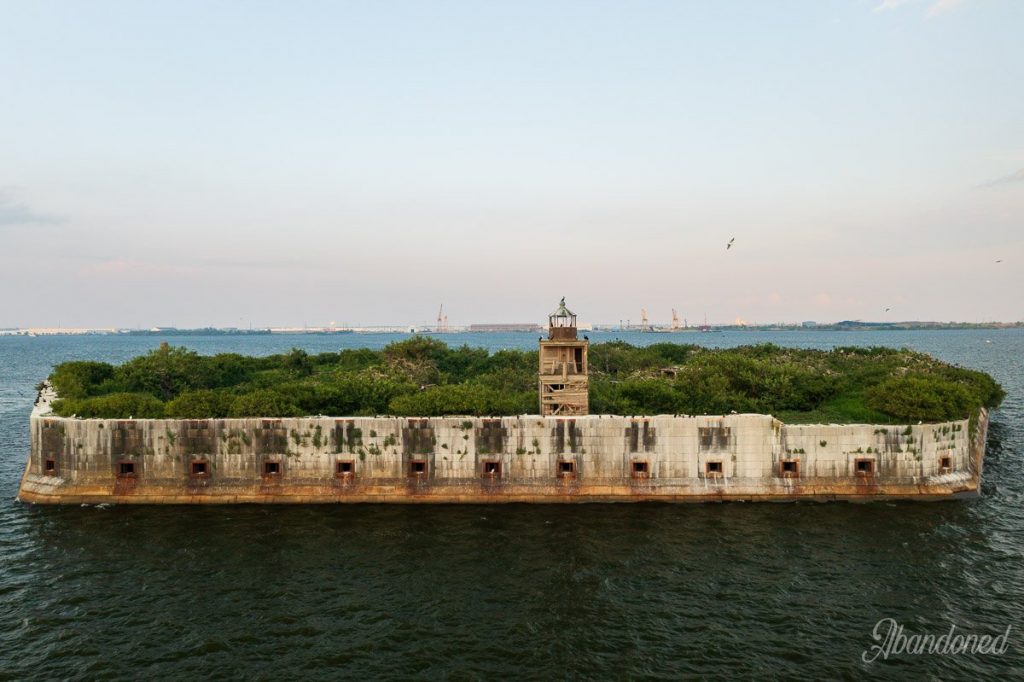 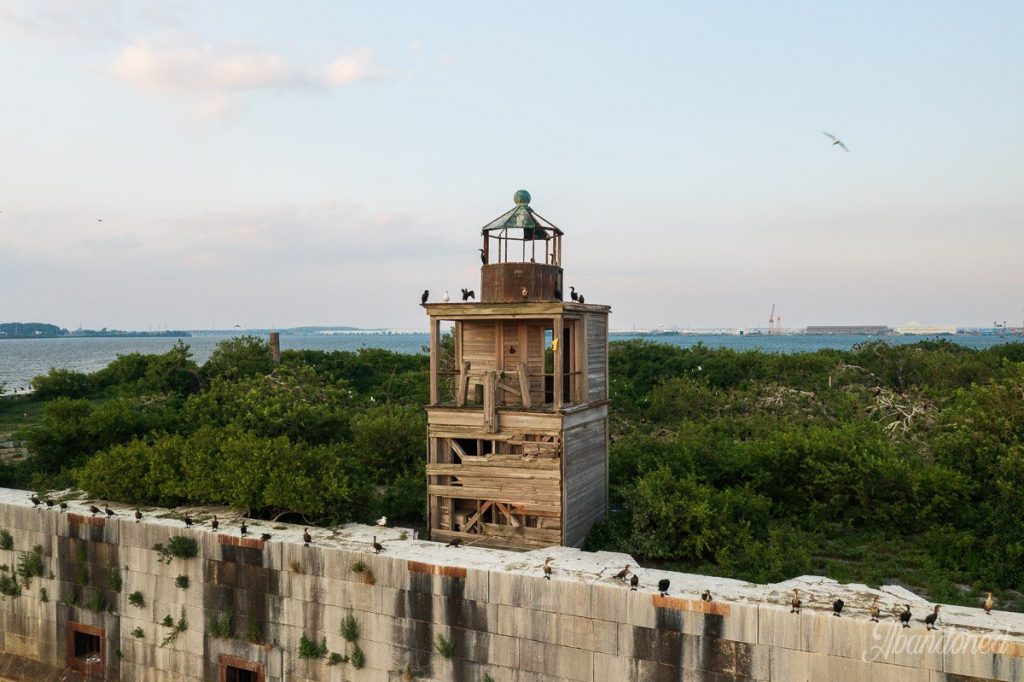 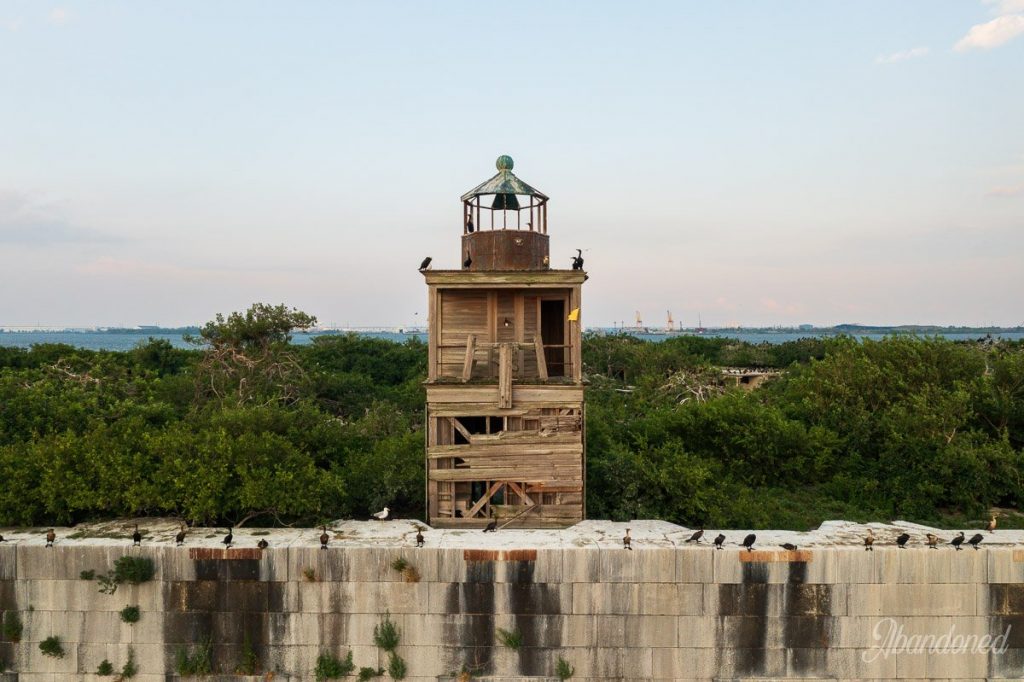 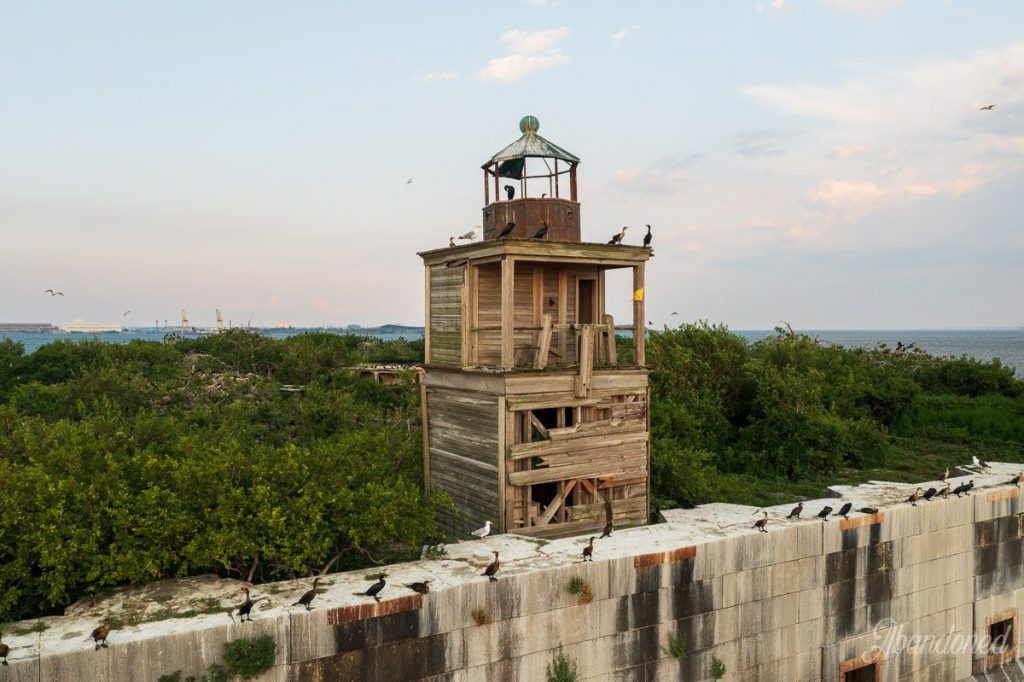 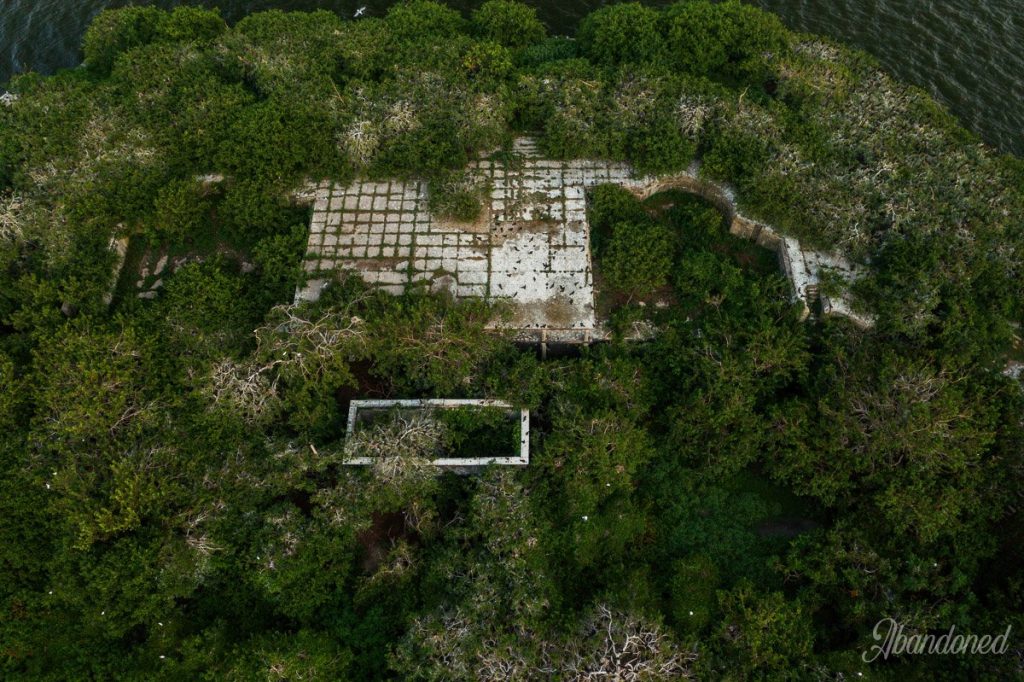