The Frenchburg Presbyterian College is a former school and hospital operated by the United Presbyterian Church in Frenchburg, Kentucky. It was the only hospital between Lexington and Ashland for a period of time.

Historically, religious denominations provided educational services in under-served regions of the mountainous and isolated Appalachian Mountains. 6 After the Civil War concluded, the United Presbyterian and the Presbyterian church were actively recruiting and conducting outreach activities in eastern Kentucky. One of the advocates was Dr. Edward Owings Guerrant, a physician, and preacher who recommended a school be constructed in Frenchburg. 6.2 In 1908, a committee was sent from the Women’s General Missionary Society of the United Presbyterian Church of North America to examine the region. The committee found that Frenchburg and the county as a whole were unable to maintain a public high school even though it was required by state law, and only maintained its rural schools for six months of the year. Most students were only able to finish the first five grades. 5 6

The first school in Frenchburg consisted of a one-room log school that soon became overflowing with children, some seated two or three to a desk. There were a half dozen books per 50 children, inadequate sanitation, and substandard teaching materials. 1 Subsequent schools that were later developed were not in better condition.

After consideration, the church opted to locate a school and church in the town on a five-acre plot. 5 Local citizens donated money and labor in developing the facility, and the West Lexington Presbytery of the Presbyterian Church deeded to the Women’s Board a small frame church house that had been abandoned several years prior.

In October 1909, the church was repaired and made suitable for a private day school and as a house of worship, educating twenty. 2 It featured a public reading room and had a yard for basketball and other athletics. 5 Students were either required to either pay tuition or be enrolled in a work-study program and were also required to study the Bible at least two hours per week. 2 Miss Bertha Houston was the pioneer teacher and missionary for nine years, laying the foundation for the church and school. 5

A farm of sixty acres with some hillside was then acquired. 5

On September 19, 1910, a two-story brick building was completed to serve as the primary school building for grades one through eight and as a residence for eight teachers financed through the Women’s Missionary Thank Offering. It was formally dedicated on October 29 with Miss Houston as superintendent. Enrollment in the first year was 167, which increased to 180 and 189 in the subsequent two years.

Beginning in January 1911, a special class for county teachers was offered so that they could qualify for the state teaching certificate. High school students who qualified were given a year of paid post-secondary tuition. 5

In 1914, the first class was ready to graduate. 5 6 A committee of five Frenchburg businesses and professional men made elaborate plans for the first commencement. A tent was pitched on the campus for the festivities, and there were picnics and other activities throughout the day.

Between 1914 and 1917, students and teachers lived in the school building and in a small white cottage at the eastern end of campus, with living quarters becoming increasingly crowded as enrollment surged. 5 To accommodate additional students, a three-story brick dormitory for 70 was constructed and named after Elizabeth Brown. Male students relocated from the basement of the school building to the third floor of the new dormitory, while females were assigned to the second floor. The first floor was reserved for recreation, dining, and administrative offices. Space formerly occupied by students and teachers was remodeled to provide a library and home economics classrooms.

During this time, a Mountain Industries project was initiated to help the people sell their handicrafts in order to obtain money to send their children to the Presbyterian school. 5 Homespun, home-dyed, and home-woven quilts with patterns such as the Star of the East, Rose in the Garden, Double Wedding Ring, Isle of Patmos, and their rugs, chairs, and baskets were sold throughout the denomination. Church friends sent boxes and barrels of clothing for these people. The old school district building in Frenchburg became a storeroom where the clothing was offered for a nominal price.

The need for a dedicated residence for teachers was apparent by the late 1910s. 5 Funds from the New World Movement of the United Presbyterian Church became available and during the summer of 1921, the Teacher’s Home was constructed. The first floor had two apartments of five rooms each for the superintendent and principal. The second floor had nine rooms for the women teachers plus a guest room, living room, and small kitchen.

In 1924, additional land was purchased to enlarge the farm to 170 acres. A cottage was remodeled and a dairy barn and other buildings were constructed. The farm became a model for improved methods of agriculture and dairying, as well as providing work for male students. The Hunting Memorial Shop was constructed to provide training in wood and iron crafts. 5

During the spring of 1927, the “Reporter,” the school newspaper, made its debut. 5 The name was later changed to “The Frenchburg Reporter” and was known as “A Voice from the Mountain Schools of the W.G.M.S.”

In 1929, the school constructed the Shear Gymnasium and Auditorium, used for social gatherings, dramatics, and public entertainments, as well as a gymnasium. Elsewhere, conditions had become crowded in the Elizabeth Brown dormitory. A lot and frame house next to the school farm was purchased and the male students moved to these new quarters. 5

During the Great Depression, the school continued to grow, adding extracurricular activities and a school lunch program. 5 The growth temporarily reversed during World War II, when many students and teachers served the nation in various capacities.

The school farm was sold in 1941 because there were few students in the dormitory to carry on farm and dairy chores. 5 After World War II concluded, enrollment spiked at the school. A temporary structure was hastily constructed for sixth, seventh, and eighth grades so that high school students could occupy the entire school building. In January 1949, a permanent structure for grades one through eight was opened.

In May 1957, the Frenchburg Presbyterian College was ordered closed by Presbyterian Church officials after serving 500 students and 30 staff due to the availability of nearby county facilities. 5 6

The Jane Cook Hospital was established on-campus in 1915 that featured ten beds and one operating room. 6 6.3 It was named after the Secretary of the Woman’s Missionary Board of the Presbyterian Church and was the only hospital between Lexington and Ashland at the time. In 1918, the church constructed and assumed responsibility for a larger Jane Cook Hospital. 3

On January 23, 1940, a fire consumed the hospital and all of its supplies. Menifee County was without a hospital for two years, when a larger hospital opened on March 2, 1942. 4 6

In 1967, discussions were held to close to the Jane Cook Hospital due to escalating costs and the inability to secure a government loan for a nursing home that would have qualified for Medicare. 6 The Jane Cook Hospital closed on December 31. The building was then leased by the Commonwealth of Kentucky and reused for five years as a Boy’s Rehabilitation Center by the Kentucky Department of Child Welfare. 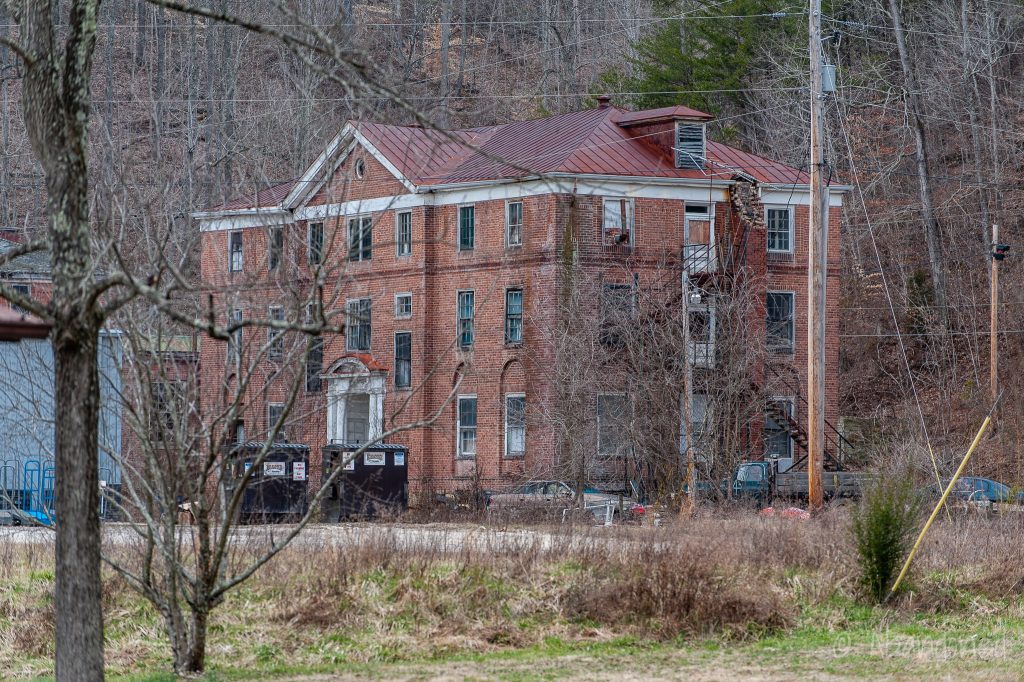 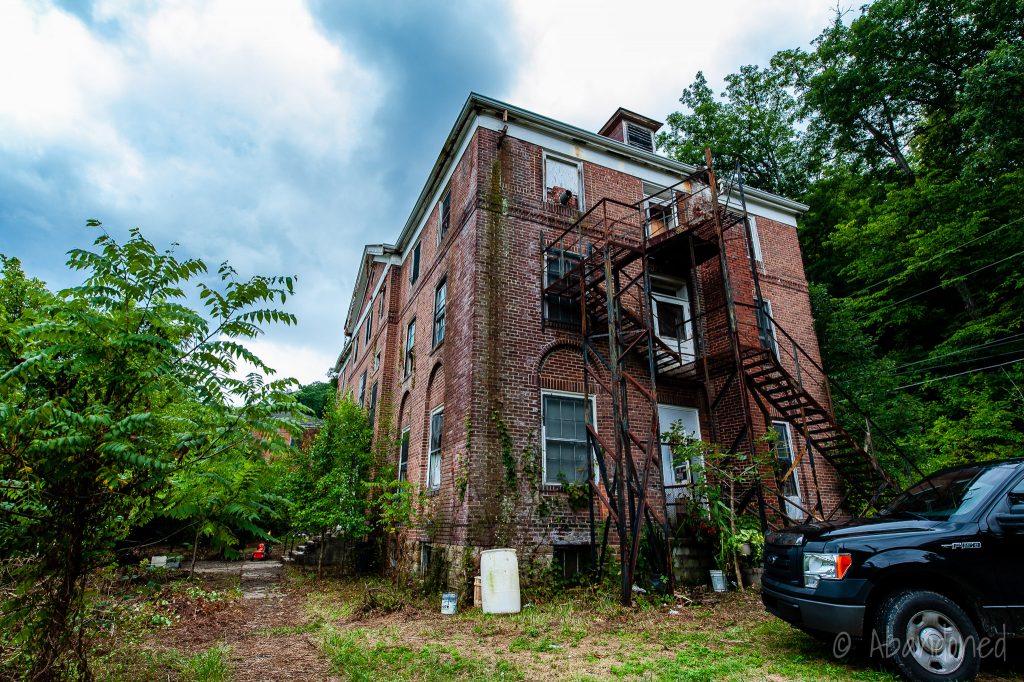 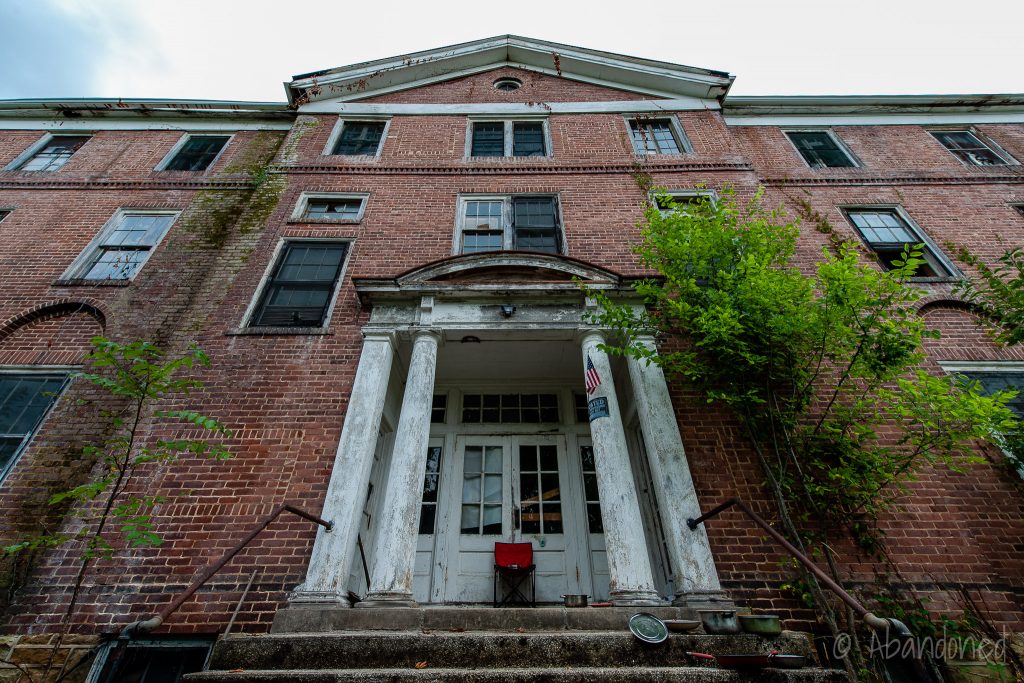 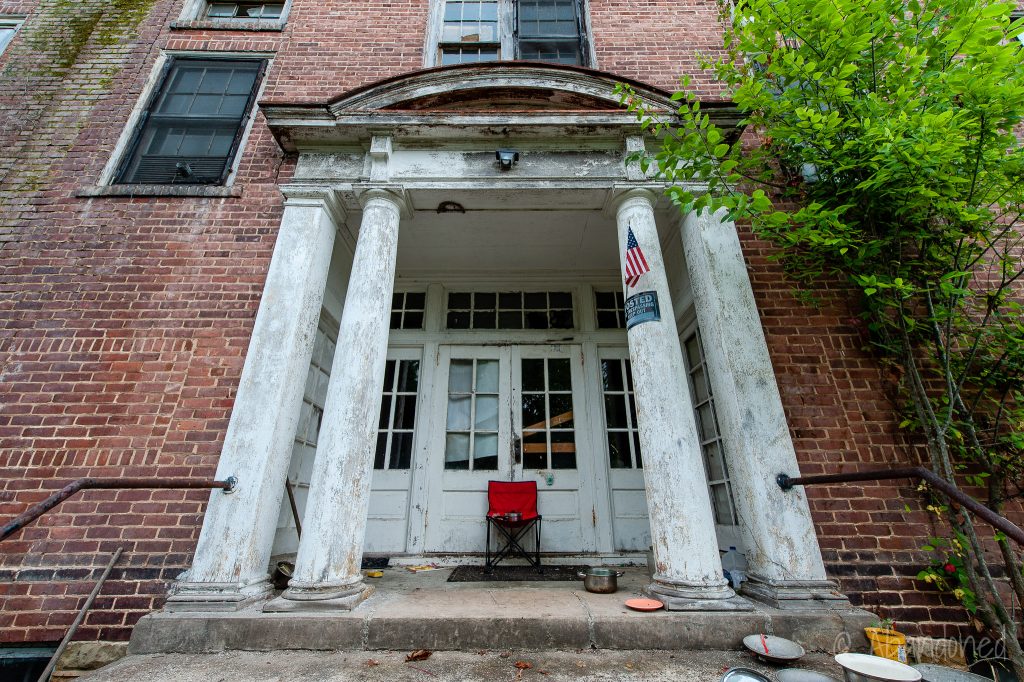 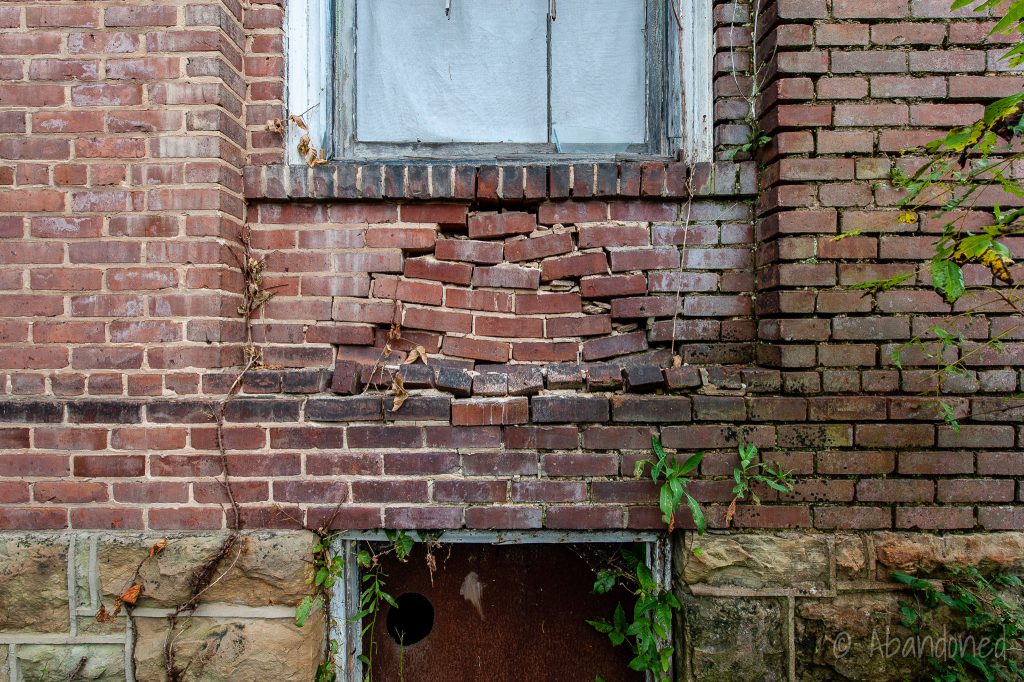 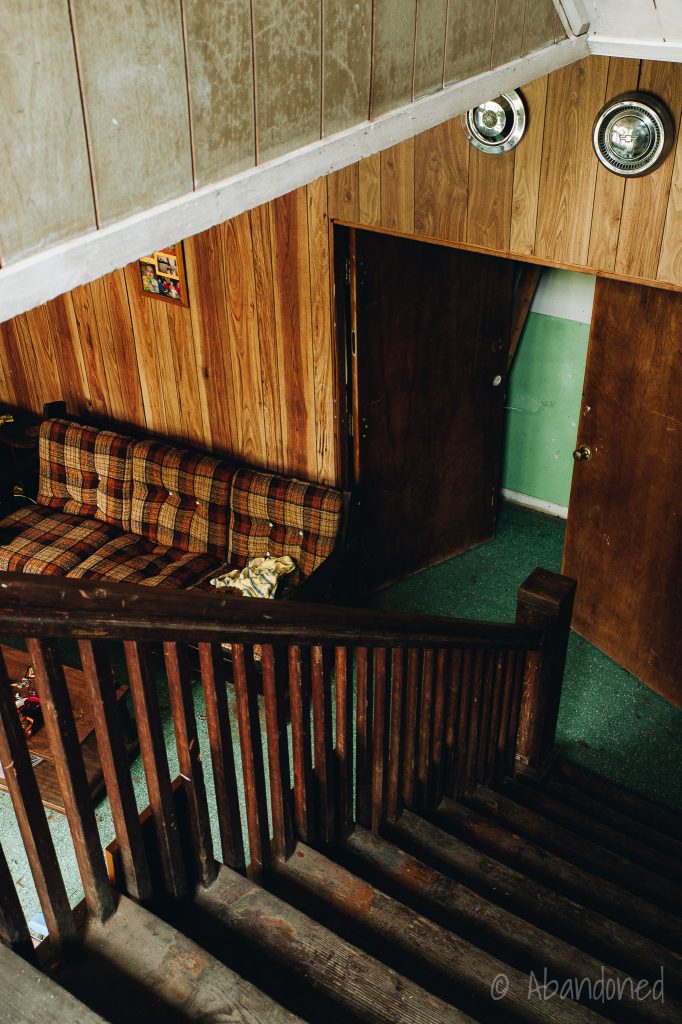 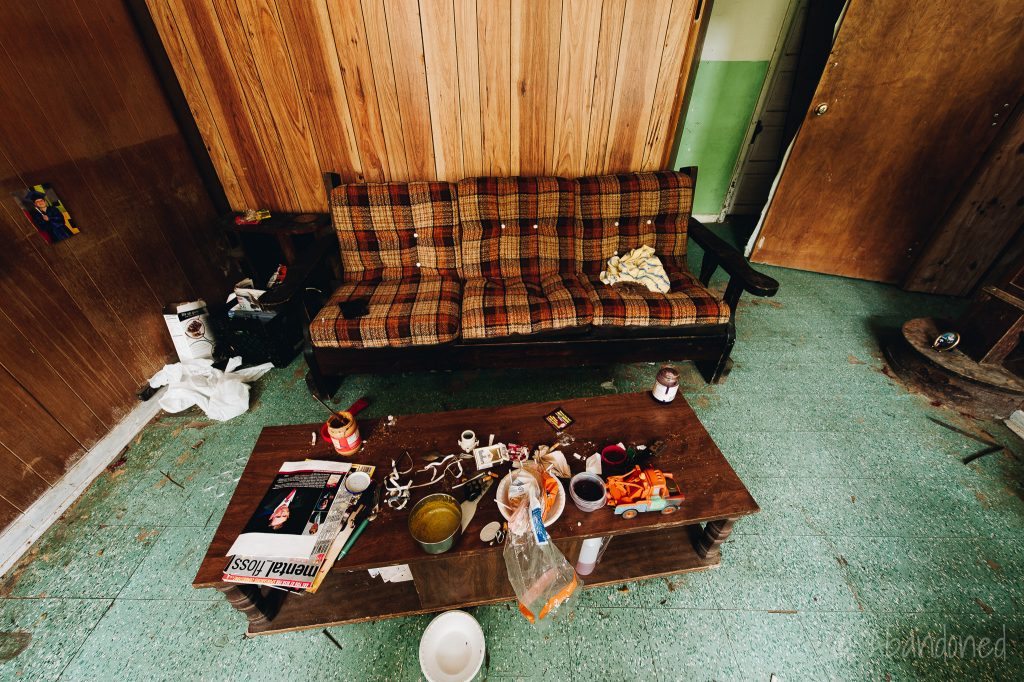 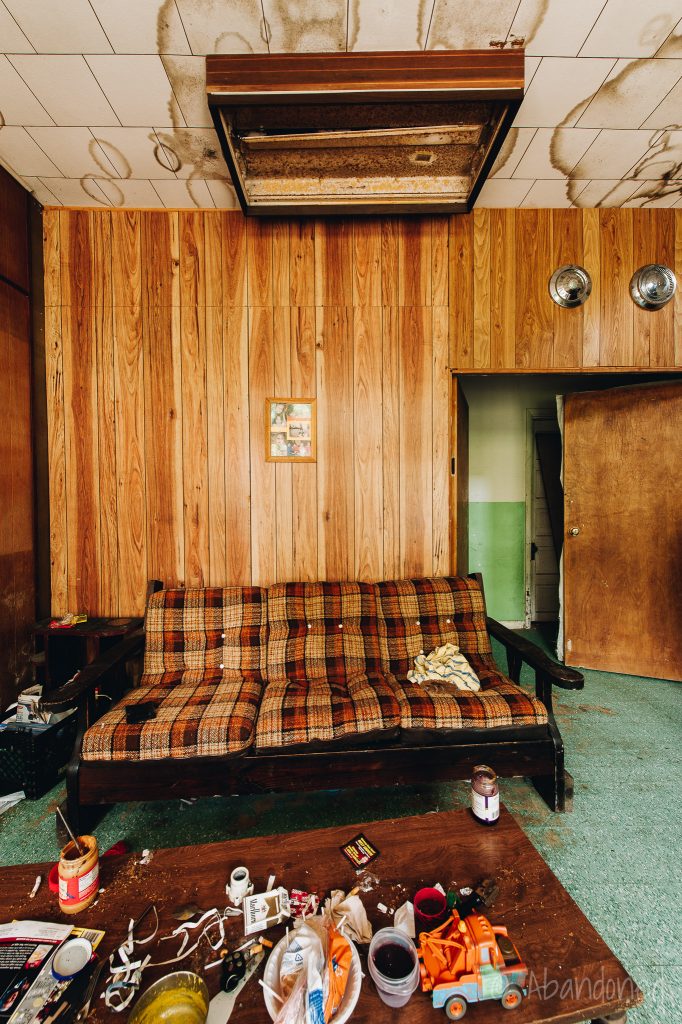 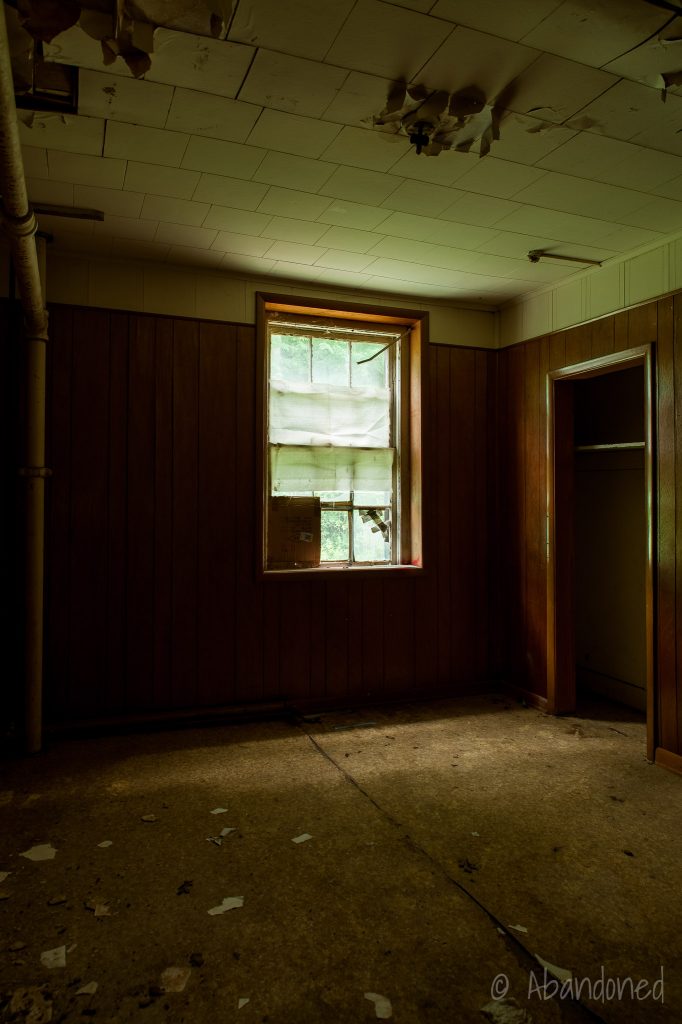 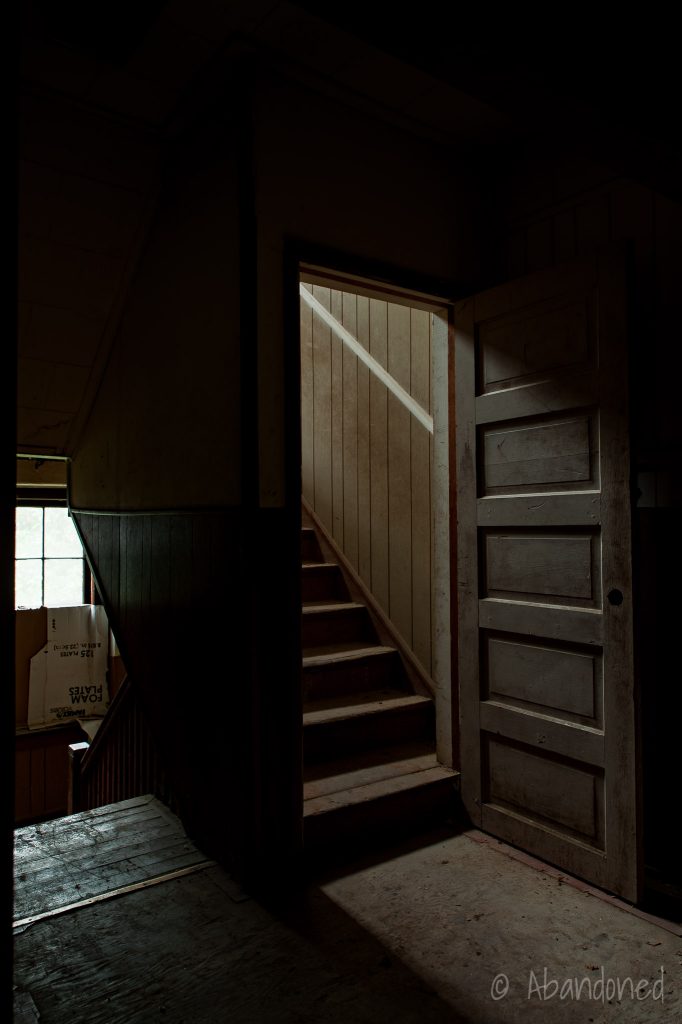 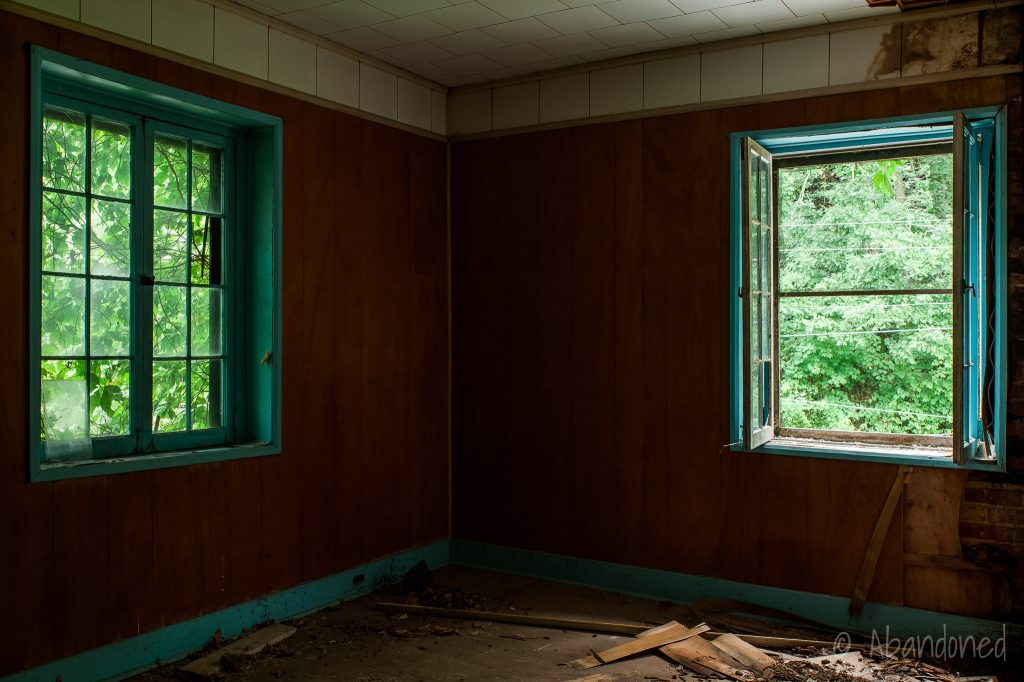 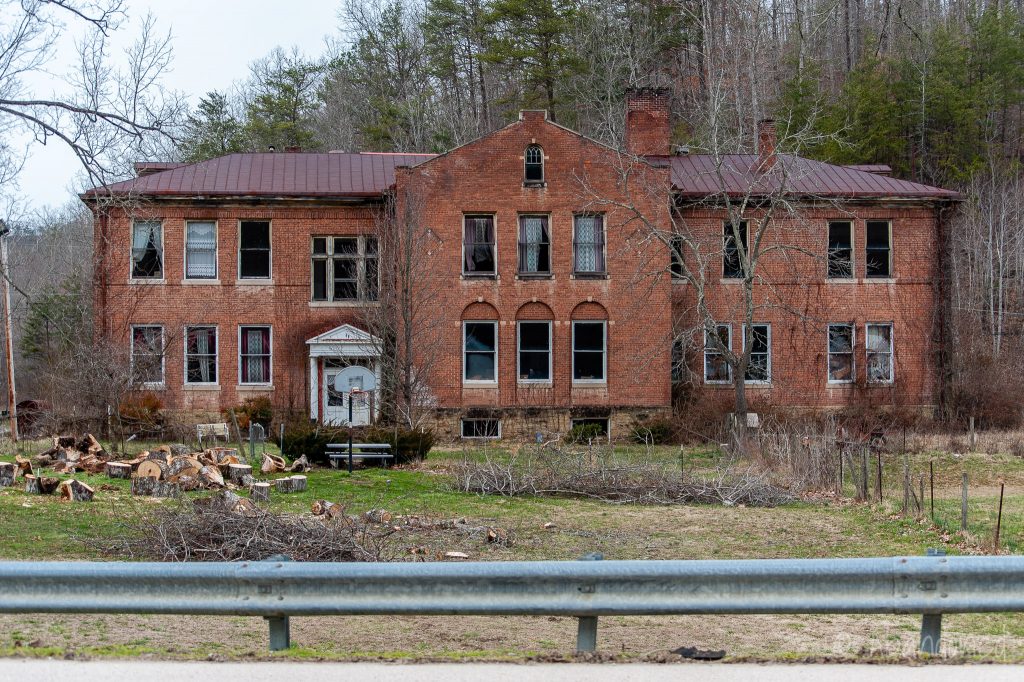 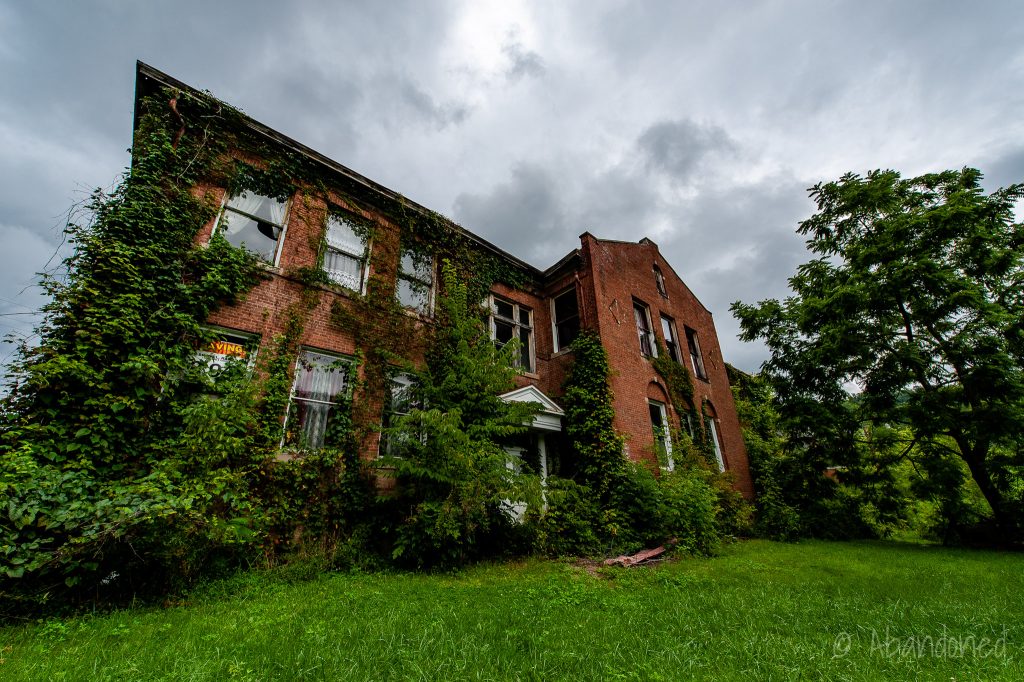 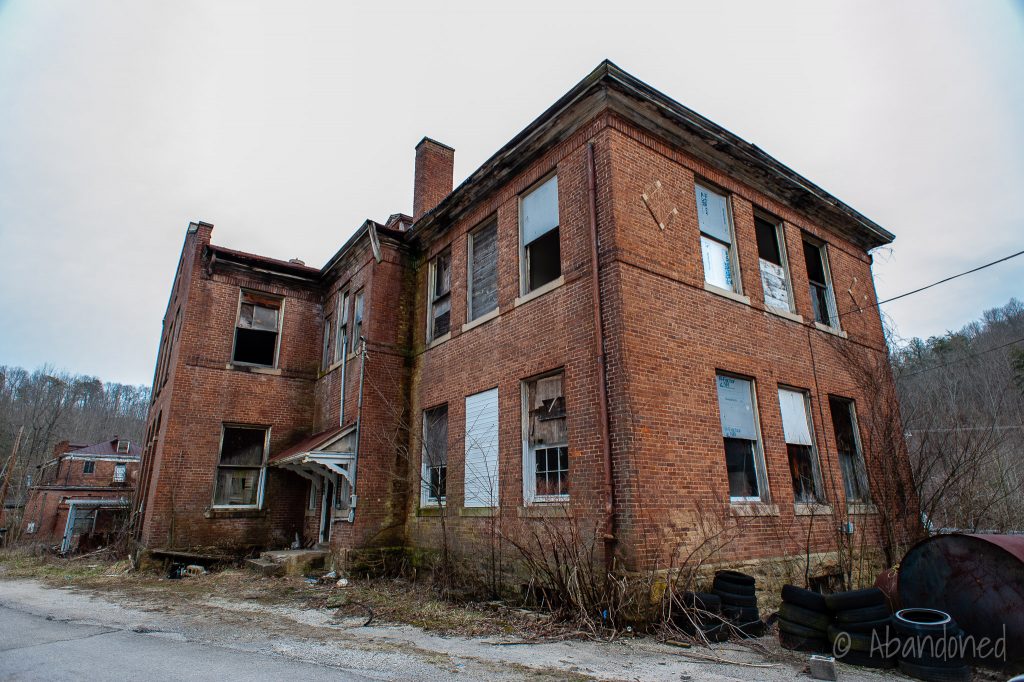 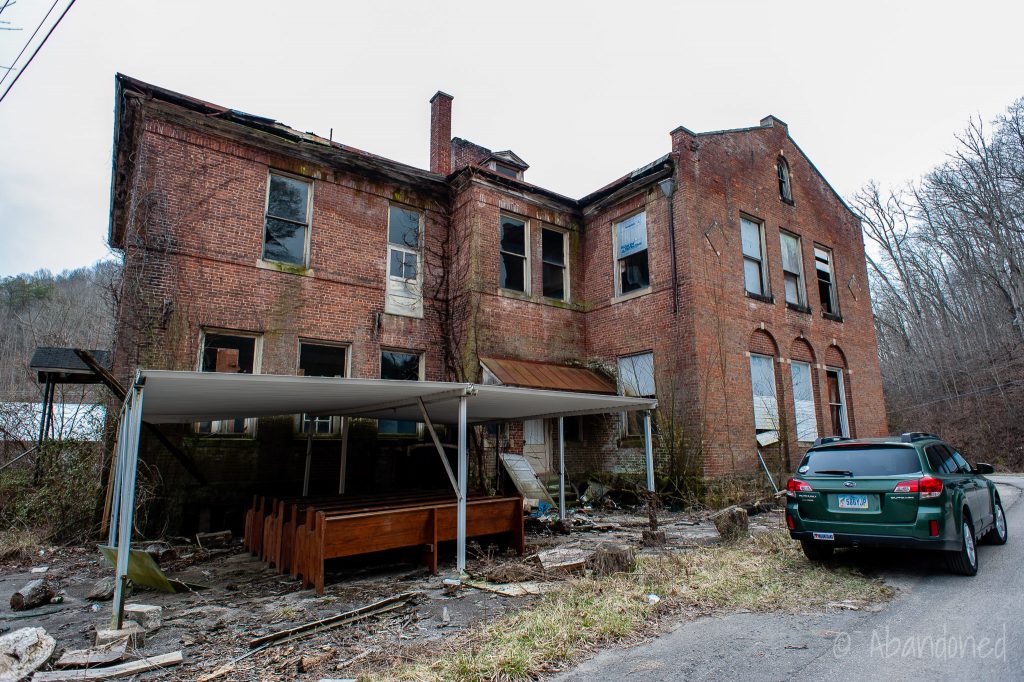 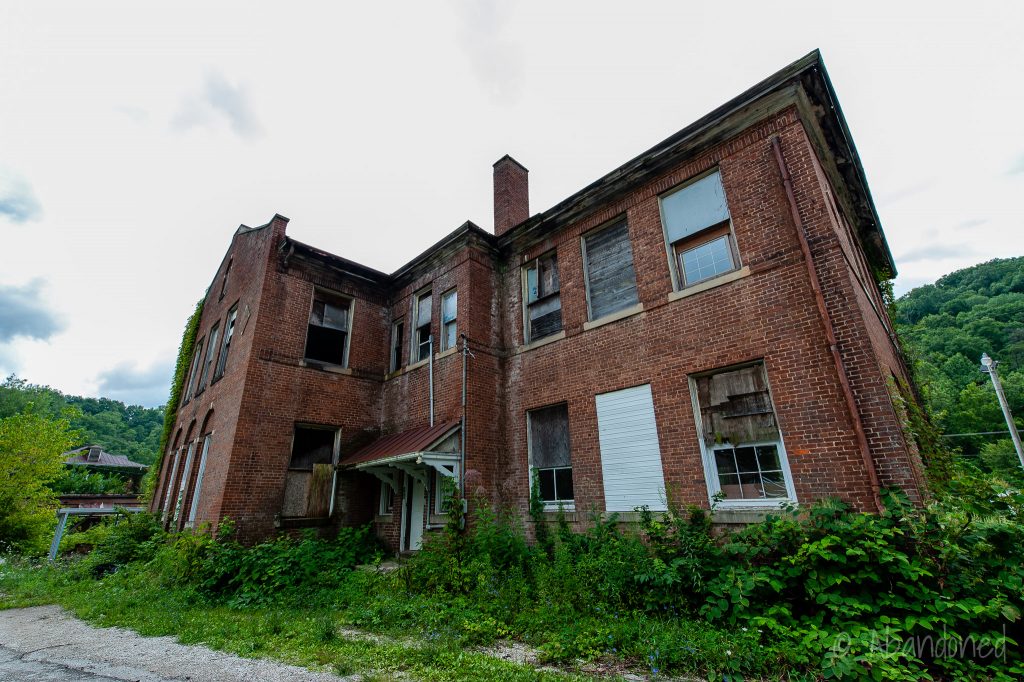 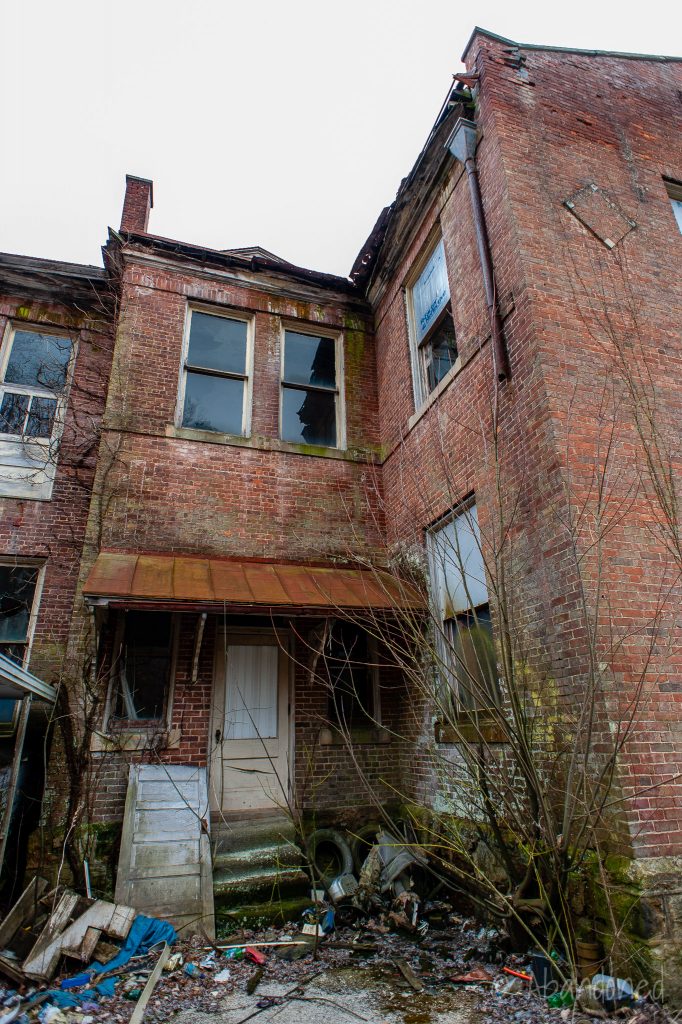 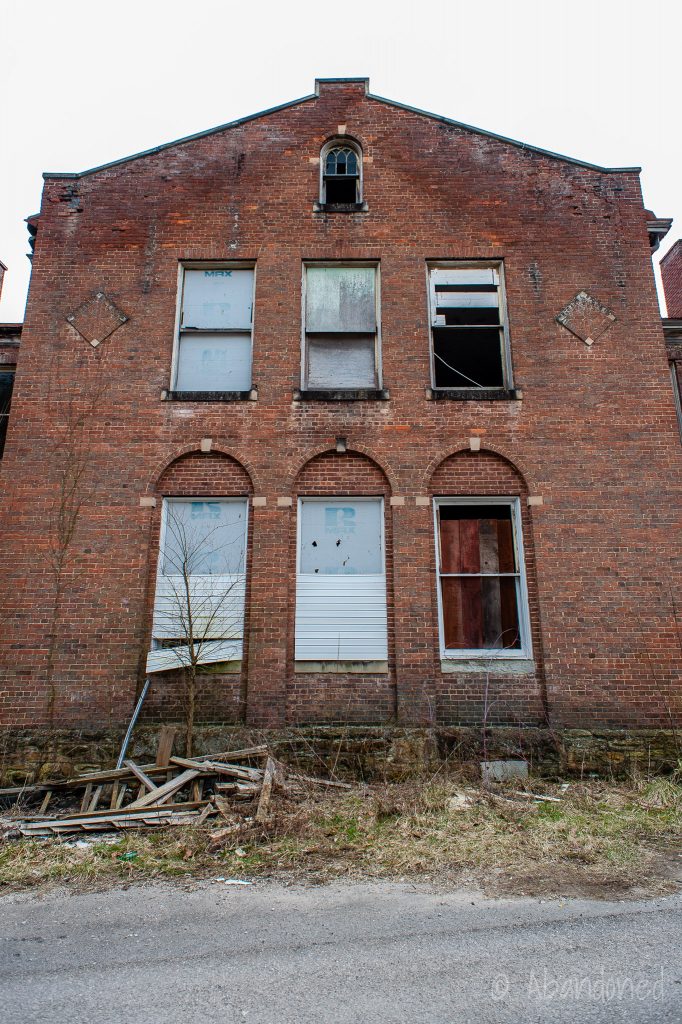 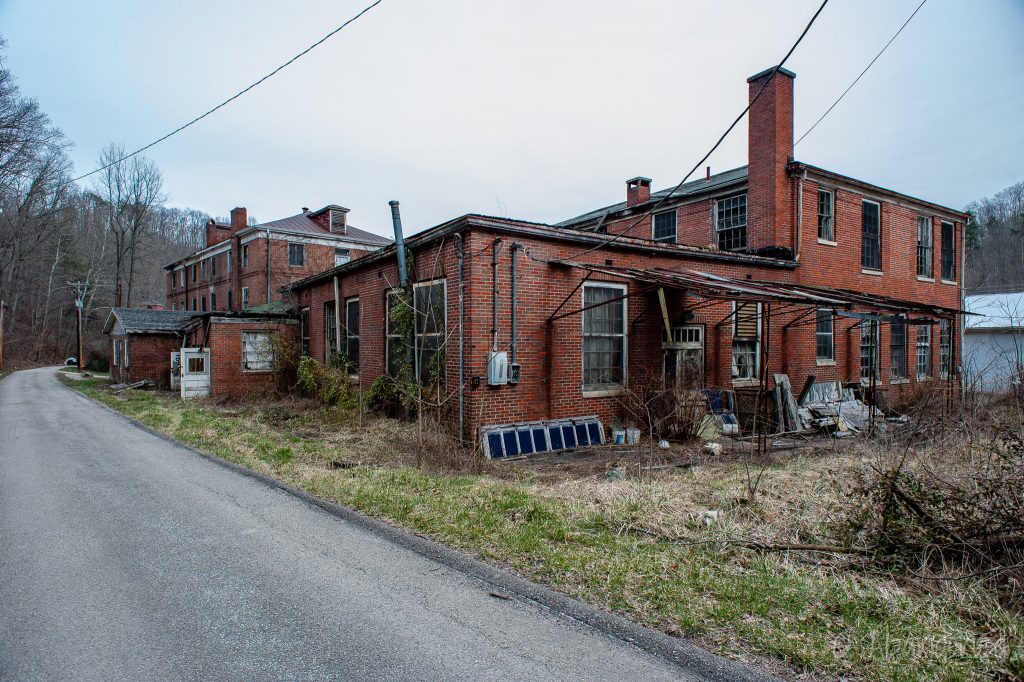 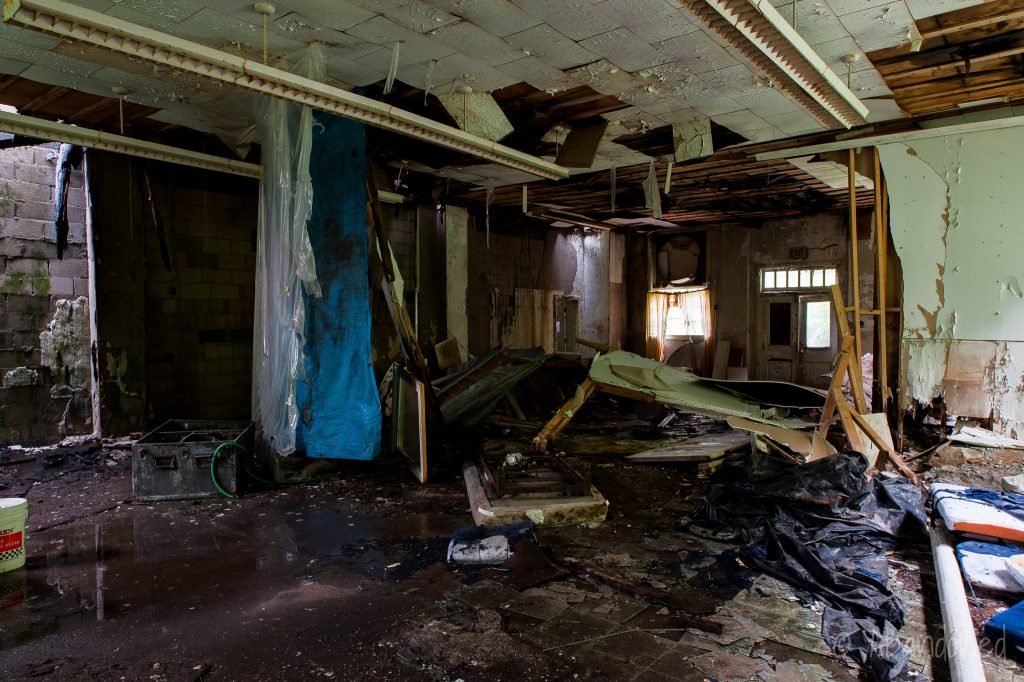 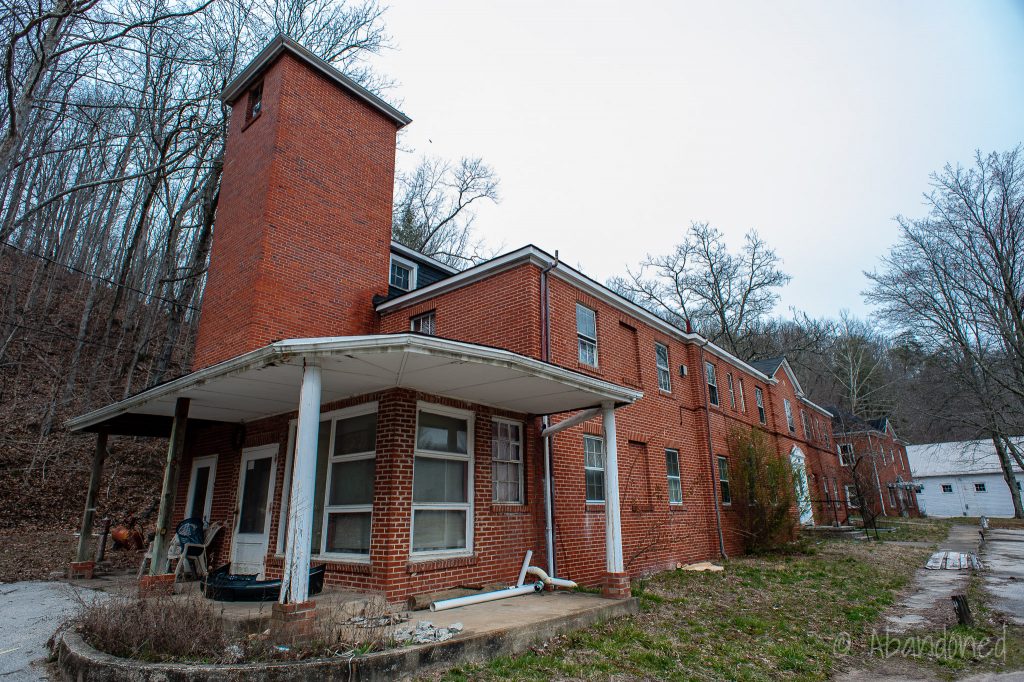 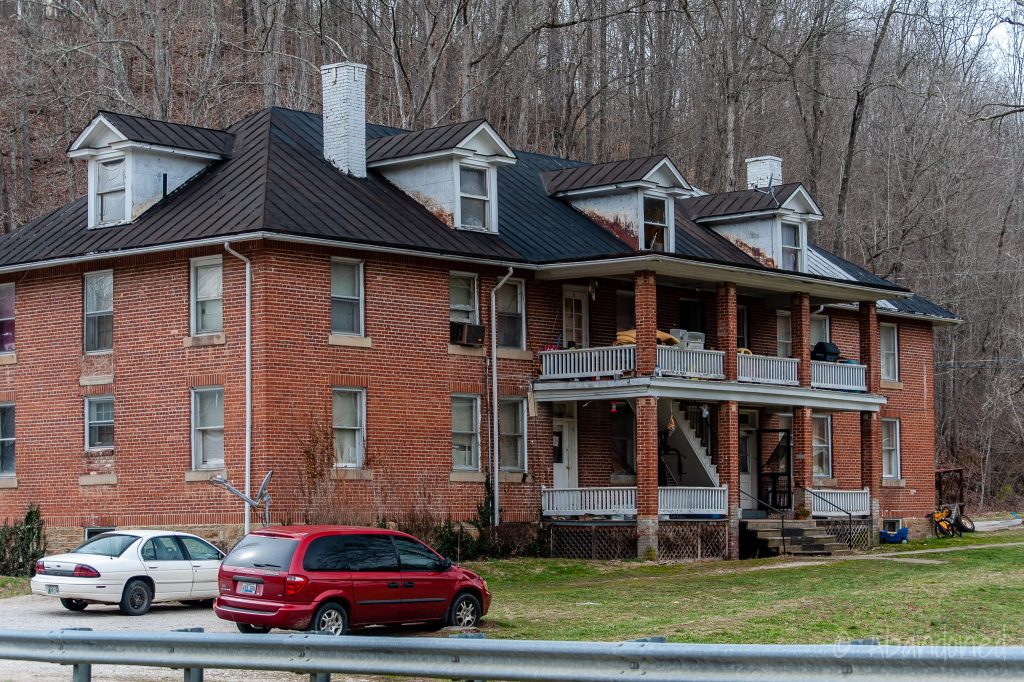 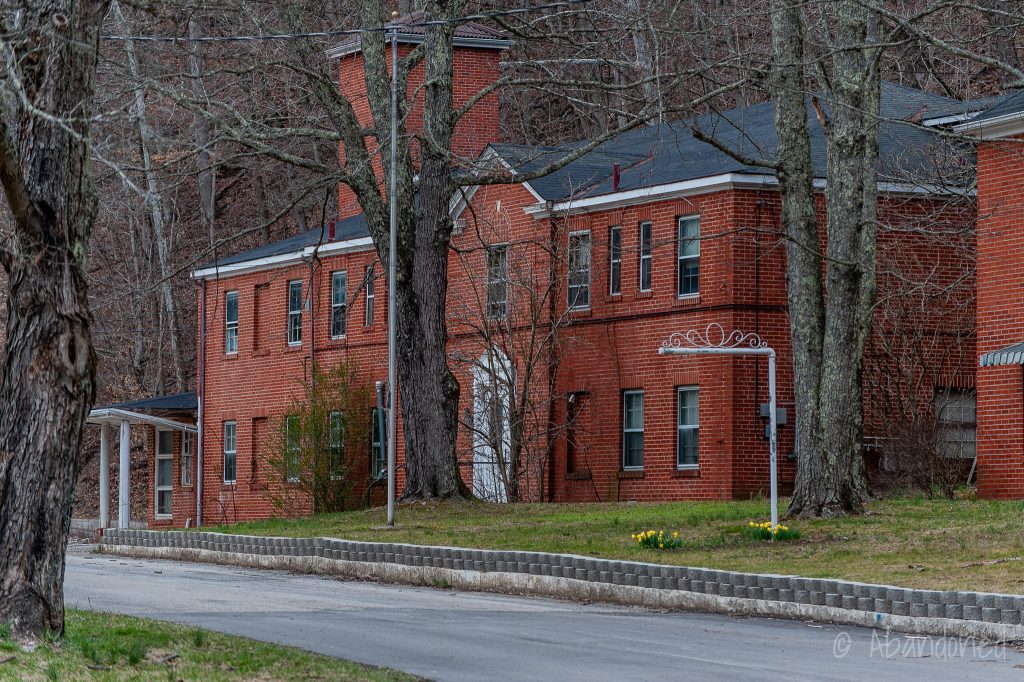 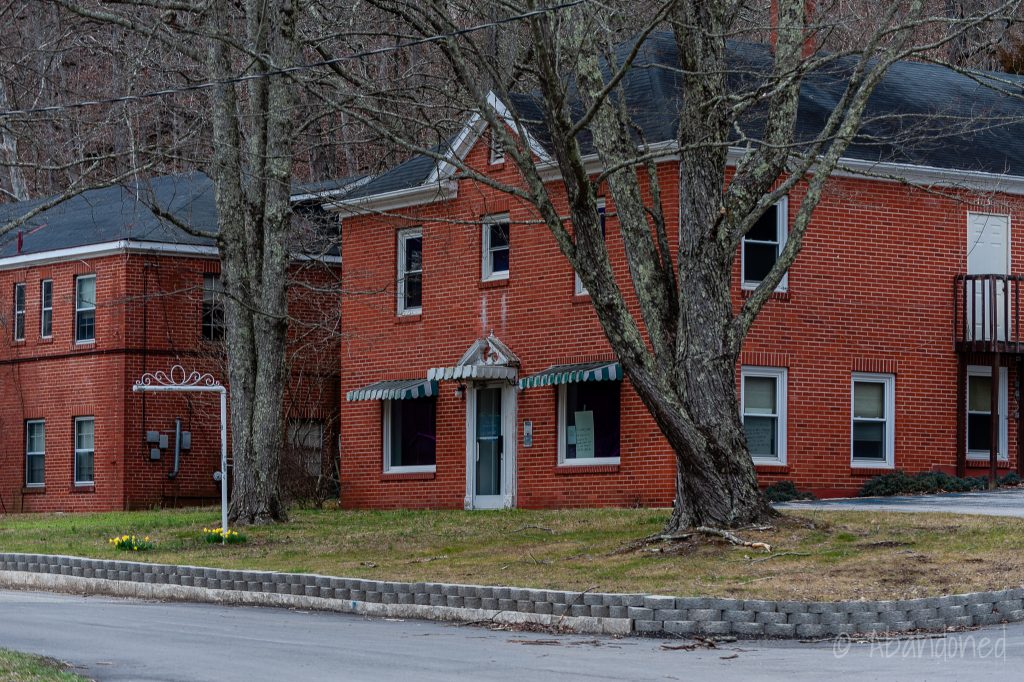