The Gary Memorial Auditorium was a multi-purpose auditorium and gymnasium in Gary, Indiana.

The building was commissioned by United States Steel’s (USS) subsidiary, Gary Land Company, which constructed Gary as a company town for the steel mill in the early 20th century.

City officials decided in 1919 that a memorial auditorium was needed to commemorate former Gary students who had lost their lives fighting in World War I. 3 Enough money was raised in two years to begin the planning process for the new facility.

Local architect Joseph Henry Wildermuth was selected to design the new memorial auditorium, who chose to style the new building in the Italian Renaissance and Spanish Colonial Revival styles. 3 Wildermuth had previously worked for the Gary School Board to draw up plans for new school buildings.

In dual ceremonies, cornerstones were laid at the new city hall and the Memorial Auditorium sites on October 12, 1927. 1 The Memorial Auditorium cornerstone laying ceremony was attended by several thousand upper-grade school students who had been given a half-day holiday to participate. The ROTC units of two schools formed a guard around the platform while the combined bands of the schools furnished music. Twenty students gave short addresses and placed memorials in a bronze time capsule. James A. Farrell, president of USS, gave a short and impromptu speech.

The new Memorial Auditorium opened in 1928 at the cost of $5 million 4 and comprised of three sections: a 55-foot high central block that faced Seventh Avenue, a 55-foot high central block with an auditorium with a balcony, and a 65-foot tall rear that contained the stage. 3 The front of the center along Massachusetts Avenue had double-terraced stone steps that led up to five arched entrances, where guests entered under a “Gary Public Schools Memorial Auditorium” engraving. Other engravings on both sides of the entrance read “Athletics,” “Drama,” “Art,” and “Music.”

The engravings were part of a unique educational plan initiated by Gary’s first school superintendent, William Wirt. 3 Wirt’s Work/Study/Play system drew national and international praise. Wirt was superintendent of schools when the Memorial Auditorium was built, and his Work/Study/Play system influenced both the design and function of the structure.

The building’s layout allowed for the main floor to function as a gymnasium and auditorium, with seating for 5,000 people. 3 The parquet floor seats were removable, making the floor space available for basketball tournaments and other athletic events. The stage, at the south end of the building, was 50-feet deep by 125-feet wide and 65-feet high and was one of the largest in the region. The asbestos curtain, at 90-feet by 30-feet, was the largest of its kind at the time of installation.

Notable events included the annual Golden Gloves Boxing Tournaments from 1939 to 1959, the yearly city-wide Music Festival from 1943 to 1952, and a city-wide talent contest held in the late 1960s, which included the Jackson Five. 3 By the 1940s, the function of the center turned towards more civic events, such as conventions, rallies, and trade shows.

The Memorial Auditorium closed in 1972. It had planned to be renovated into a Sports Hall of Fame, a museum exhibit for local history, and a performing arts center. 3 Those plans were aborted when a massive fire in the city on October 13, 1997, destroyed much of the Memorial Auditorium. 2 Only the entryway remained.

Because of its severe deterioration and because much of it had been destroyed in the fire, the auditorium remains were de-listed from the National Register of Historic Places in 2013, just 19 years after it was first listed. 5 In May 2019, it was announced that the Memorial Auditorium would be razed with a new affordable housing development built in its place. Work to tear down the auditorium began in the summer of 2020. 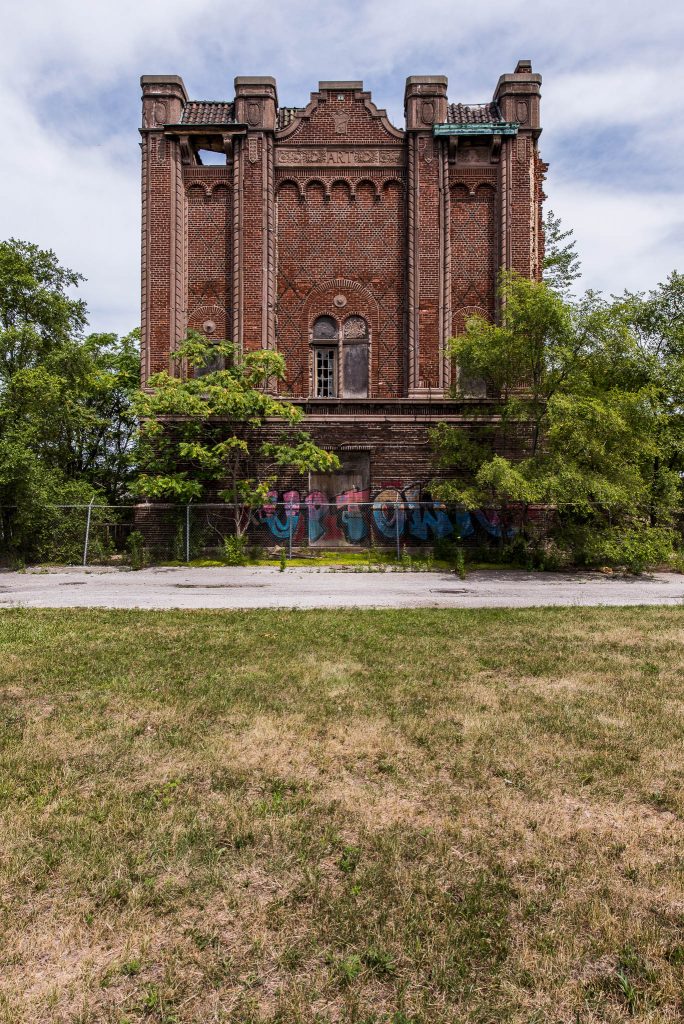 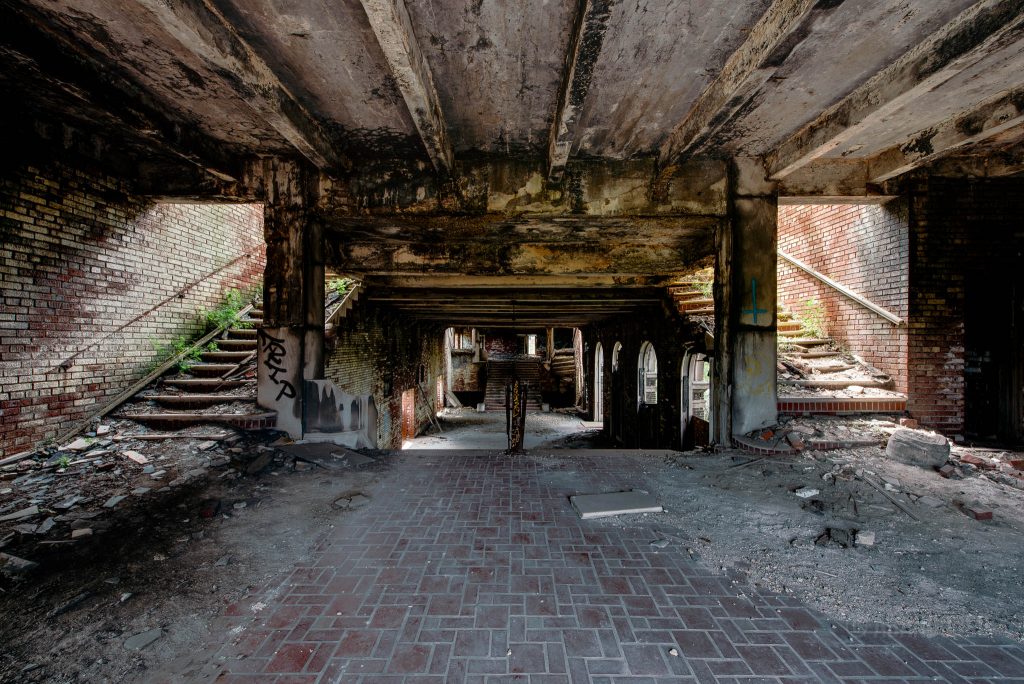 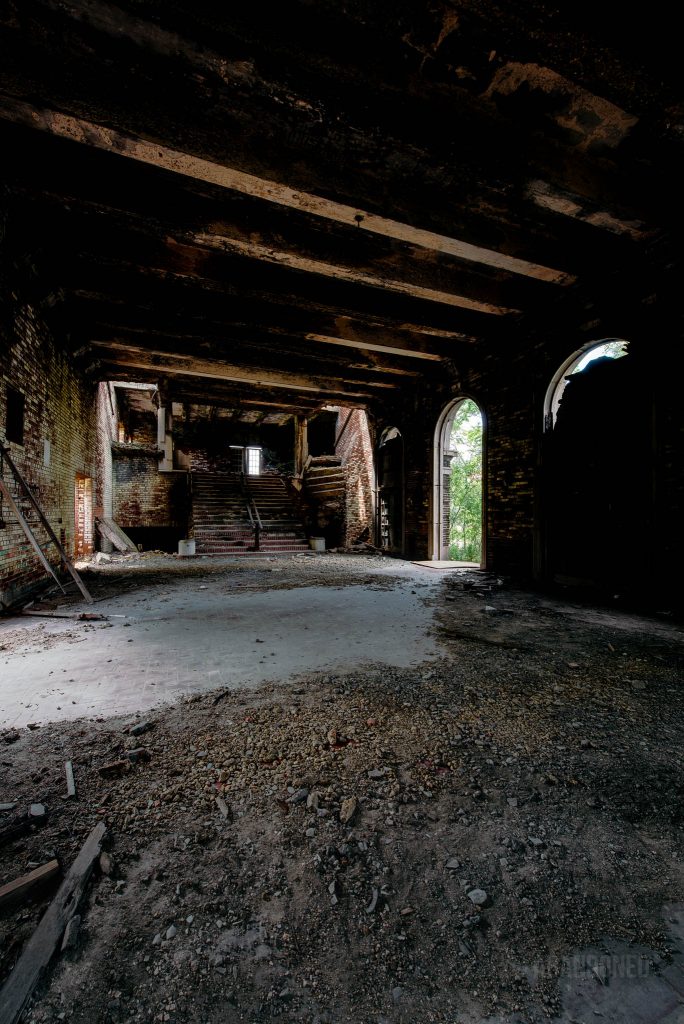 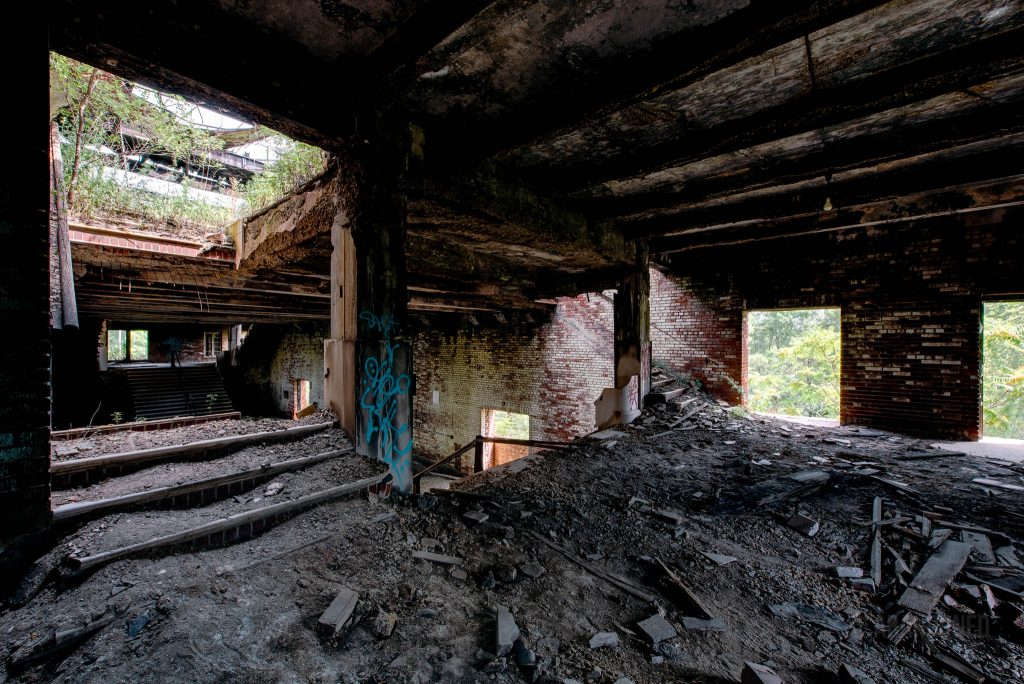 Known as the Warren County Orphan Asylum and Children's Home, the Mary Haven Home for Boys in Warren County, Ohio is a notable historic landmark for the southwestern part of the state. The three-level…
END_OF_DOCUMENT_TOKEN_TO_BE_REPLACED
Category In FocusPosted on October 2, 2011April 22, 2015

Long neglected, Glencoe-Auburn Place in Cincinnati, Ohio has been reimagined, rethought and restored - only to fail again and again. It may be time to demolish and start anew. …
END_OF_DOCUMENT_TOKEN_TO_BE_REPLACED
Category ExplorationsPosted on November 30, 2012October 20, 2016