Glencoe-Auburn was a collection of 19th-century rowhouses in the Mt. Auburn neighborhood of Cincinnati, Ohio, characterized by single-colored pastel facades and a Gothic Revival-style hotel. It was Cincinnati’s first suburb.

Glencoe-Auburn was constructed between 1894 and 1891 by Jethrow Mitchell and included residential townhomes and the Glencoe Hotel. 1 The site was nicknamed “Little Bethlehem” as it resided within the shadow of the Christ Hospital on Auburn Avenue. By the 1960s, Glencoe-Auburn had become predominately lower-income and become known as “The Hole.” 1 The row houses deteriorated and in 1964, residents of “The Hole” staged Cincinnati’s first rent strike.

The Glencoe Place Redevelopment Project, a wholesale renovation of Glencoe-Auburn, took place in 1975-76 and reduced the number of residential units from 250 to 99. 1 Each refreshed unit included new linoleum and carpeting, appliances, fixtures, and drywall, and were brought up to fire code standards. The project also included the installation of new sidewalks, lights, courtyards, and playgrounds. Dubbed Glencoe Apartments, 16 the project received local, state and national awards. The 1988 The Bicentennial Guide to Greater Cincinnati noted that the redevelopment had been a success. 10

Glencoe-Auburn once again declined during the 1990s. Many of the units had once again been neglected, leading to a high vacancy rate and crime. The remaining renters were evicted in 2002. 1

The 2,100 to 2,500 square-foot townhomes would include hardwood floors, exposed brick walls, and cutaways between floors. Other units would feature a 1,300 square-feet open floor plan, a gallery wall, fireplace, and expansive windows. 5 The former Glencoe Hotel would contain five residential units.

Christ Hospital provided easements to the development to allow the construction of a three-level parking structure with a pool on the top deck and the conversion of Glencoe Place into a cul-de-sac. 2 The hospital had also agreed to partner on beautification projects.

Van der Haer voiced her frustrations with Cincinnati’s “arbitrary funding process” in September 2004. 3 Van der Haer had requested $3.9 million from the city for the project, although the city countered with $1.4 million, explaining that private financing had been obtained for only 31 units and that the per-unit subsidy by the city would be far higher than similar projects. Van der Haer contended that the profit margin was 13% and that the per-unit subsidy of $57,000 was less than five other housing projects the city-subsidized in the last several years.

In May 2005, Van der Haer received $1.5 million in forgivable loans and a commitment of $1.1 million in public infrastructure improvements from the city. 4 7 14 Inwood Place had been scaled down to 15 one-story flats and 45 townhomes of up to 2,500 square feet. Some amenities, such as the swimming pool, were eliminated and the parking deck had been reduced by one story. 4 The contact with the city required Dorian to invest at least $605,000 in Inwood Place, secure a $5.5 million construction loan from LaSalle Bank by September, and complete the project’s 23-unit first phase by October 2006. 4 The project’s funding of $16,932,026 was derived from the Dorian Development equity, LaSalle Bank, and the city. 5

A model unit was partially completed in September, although no further work was conducted on the site. 4 Van der Haer requested that the city restructure the project and nullify the development agreement. 14 In May 2006, the city withdrew its contract and reprogrammed the infrastructure funding, citing that Van der Haer failed to receive a commitment from the bank, had several outstanding liens, and had not secured any builders for the project. 18

In June, Van der Haer requested a $5.4 million subsidy for a revamped $19.7 million project. 14 In addition to covering the project’s estimated construction costs, she asked for the city to fund a 57-space parking garage at $28,000 per space.

Van der Haer then sought Ohio Historic Preservation Tax Credits to fund Inwood Place in September 2007, the costs of which had risen to $20.5 million. 6 The Ohio Development of Development (ODOD) determined $16 million of the project cost were eligible for tax credits, but the tax credits were ultimately rejected as Van der Haer had submitted insufficient information. 7 The city soon cut ties to the Inwood Village project.

“You refused to sign the development agreement, failed to comply with the City’s request for documentation of private financing commitment, and rejected as insufficient the City’s previous offer with no explanation as to how what you had previously described as insufficient is now satisfactory. Your current financial need, as set forth in response to this offer, exceeds the City’s capacity or willingness to supply.”
-Michael Cervay, Cincinnati Director of the City’s Department of Community Development and Planning 7

Van der Haer presented a revised proposal in March 2008 that would require $7.1 million in private financing, $6 million from individual builders, and $5.4 million from the city under a re-branded Glencoe Hotel & Condominiums project. 7 City Council member Roxanne Qualls filed a motion to spur on the construction of the stalled development in September, but there were reservations expressed about the incomplete proposal. The agreement called for Dorian to complete public improvements to the concrete courtyards, and to rehabilitate the building envelopes. The shells of the units would then be sold to individual builders who would rehabilitate each unit to prospective buyers’ specifications. The revamped project would create 54 condominiums and 14 rental units.

On October 5, the city approved an ordinance creating a new $300,000 capital improvement program account for the development. 8 Funds were taken from a surplus in the Neighborhood Market Rate Housing 2007 account, which could only be used for public improvements. The redevelopment was awarded $3.9 million in Ohio Historic Preservation tax credits from the ODOD on October 16. 9 Van der Haer officially unveiled the project during Mt. Auburn’s Row House Revival in September 2008 with a goal of having the project complete by 2011. 8

The city agreed to give Van der Haer $300,000 to stabilize several buildings after a wind storm damaged roofs, dislodged bricks, and other issues in February 2009. 18 Stabilization work began in November and was finished in January 2010.

On May 7, Van der Haer received a letter from Christ Hospital which outlined their proposal to expand its adjoining hospital campus and invest more than $300 million and create 200 permanent jobs at Glencoe-Auburn. 12 The project would include a 1,000-vehicle parking garage and new centers for women’s oncology and musculoskeletal disorders.

Details of the plan were disclosed after Van der Haer filed suit against the city for $15.5 million on June 21. 12 18 In the suit, Van der Haer alleged that the city failed to honor contracts to subsidize Inwood Village and that Christ Hospital was trying to purchase Glencoe-Auburn at a “fire sale price.” The lawsuit detailed an April 8 meeting between Christ Hospital’s chief operating officer, city officials, and Van der Haer, where she first learned of the development proposal. The hospital offered $1.25 million for Glencoe-Auburn; Van der Haer demanded $7.7 million. The lawsuit was eventually dismissed. 17

Van der Haer filed suit against Christ Hospital for more than $28 million in damages on April 14, alleging that the hospital was tortious, deliberate, intentional, and malicious with her plans to build Inwood Village and later Glencoe Hotel & Condominiums. 11 In addition, she sought $10 million in punitive damages from the hospital and more than $7 million from the city. In the suit, Van der Haer stated that the hospital sabotaged her deal with the city for Inwood Village. The lawsuit was dismissed.

Eagle Realty Group, a unit of Western & Southern Financial Group, foreclosed on Van der Haer holdings and the land went to a sheriff’s sale in mid-April. 17 On October 25, Van der Haer sold the Glencoe-Auburn properties to Leroy Glen Investments, a subsidiary of the Eagle Realty Group. 16 (Leroy Glen is a play upon Leroy Court and Glencoe Place, two streets that were at Glencoe-Auburn.) 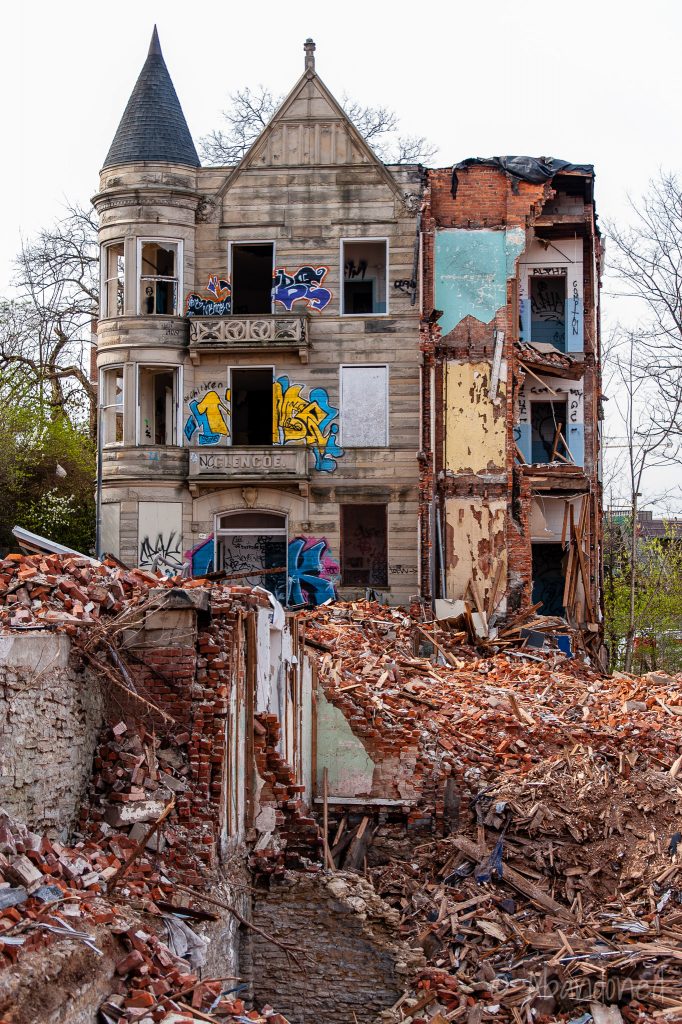 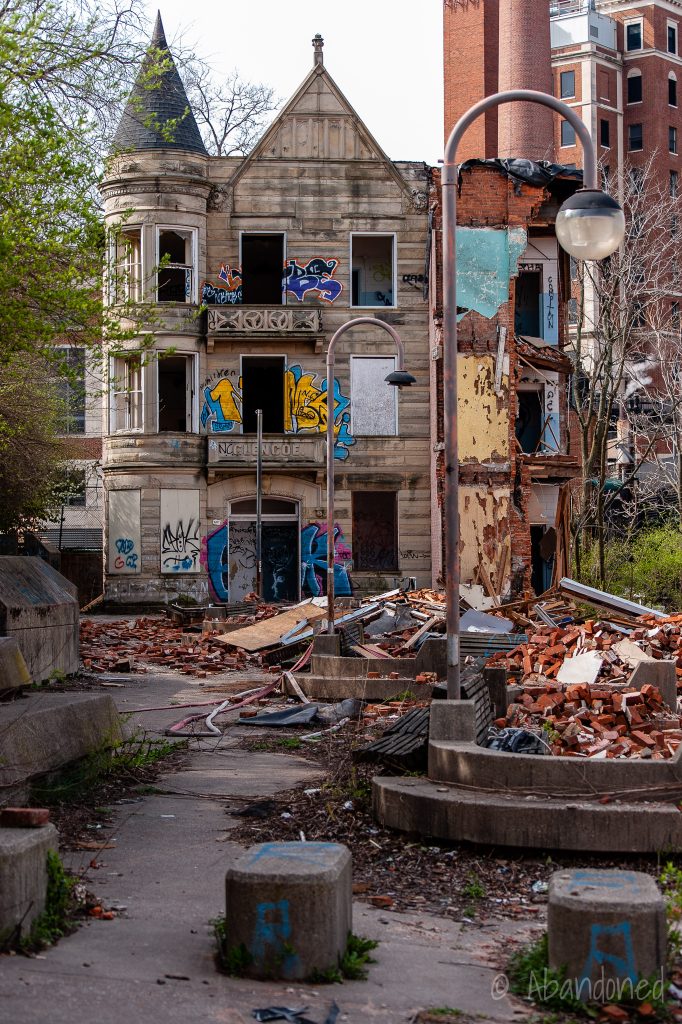 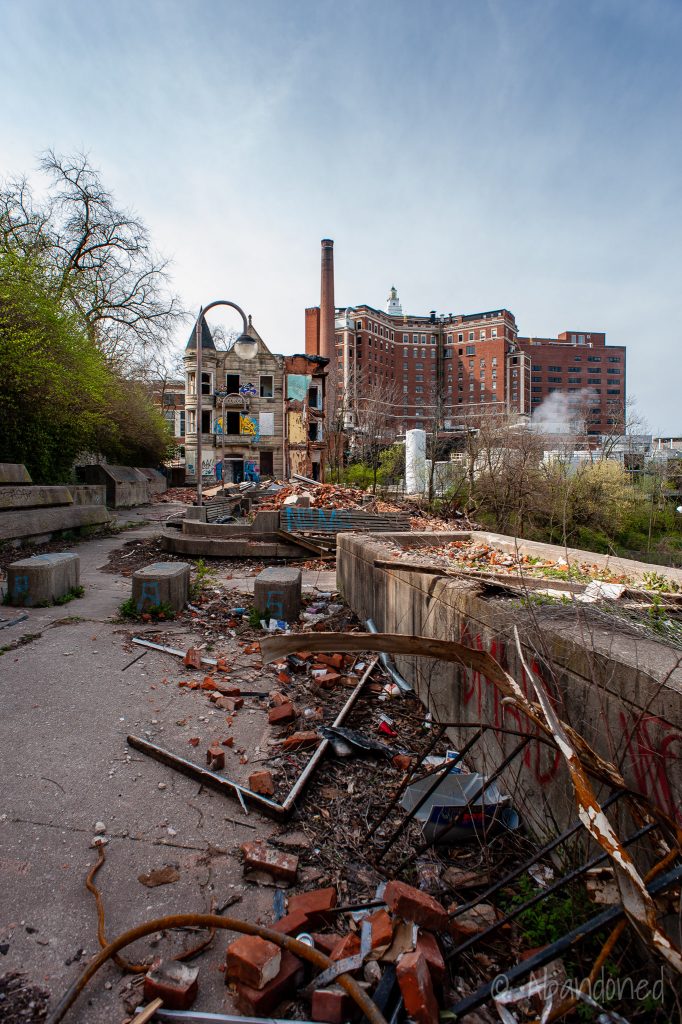 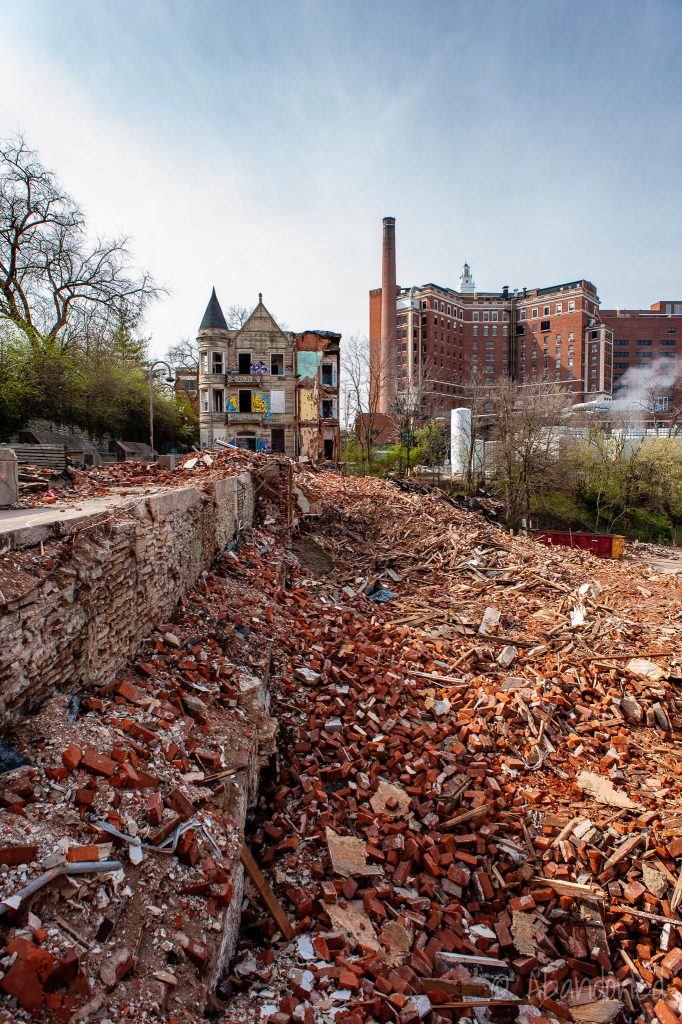 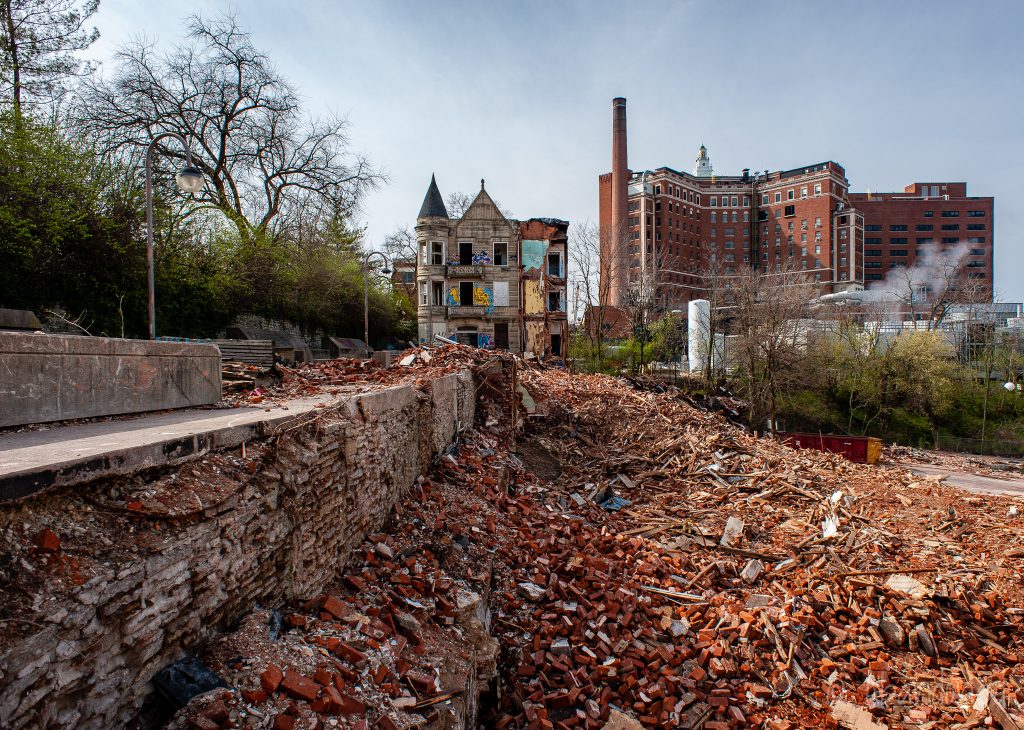 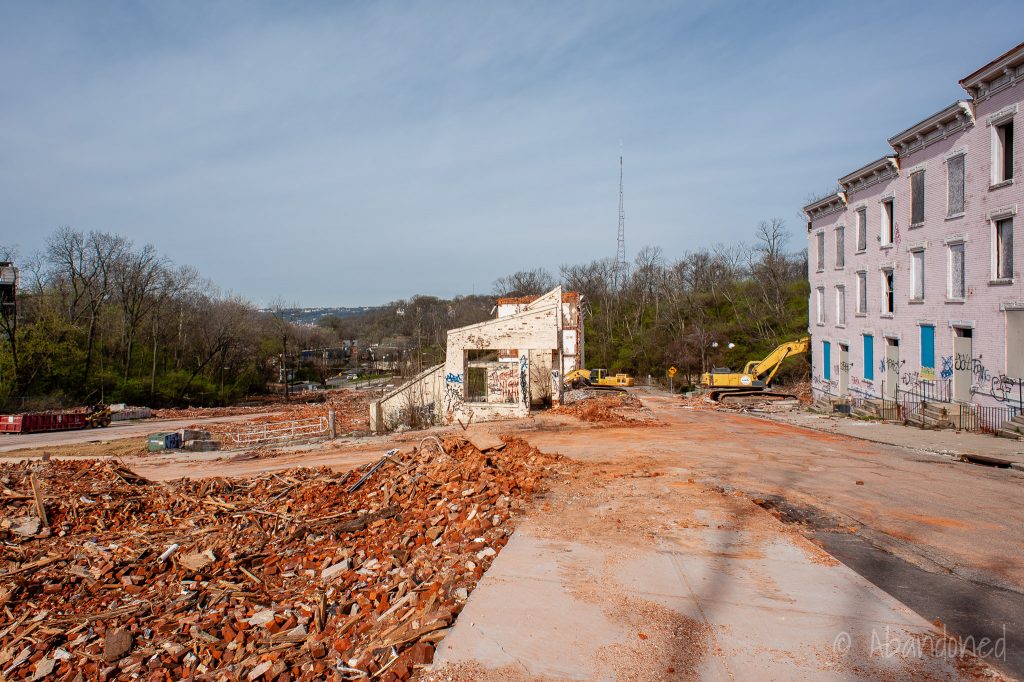 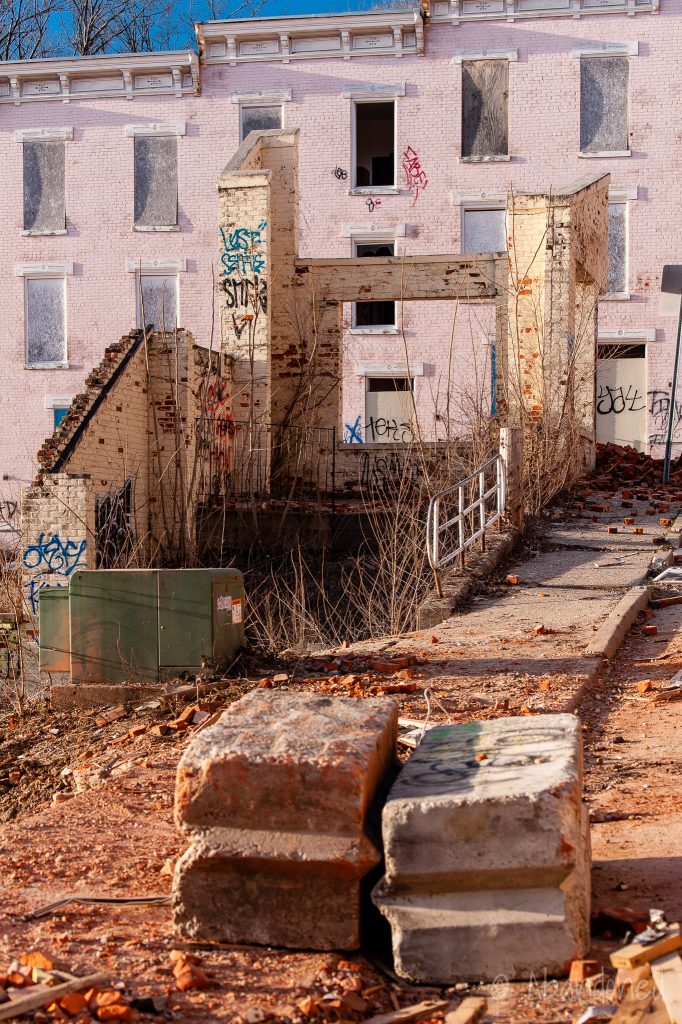 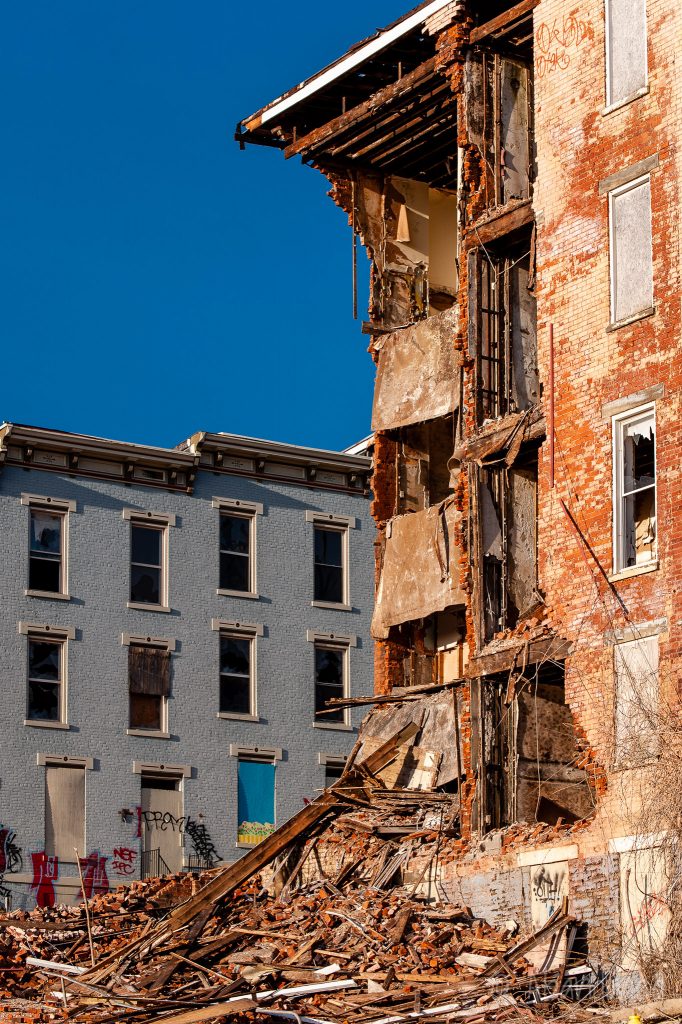 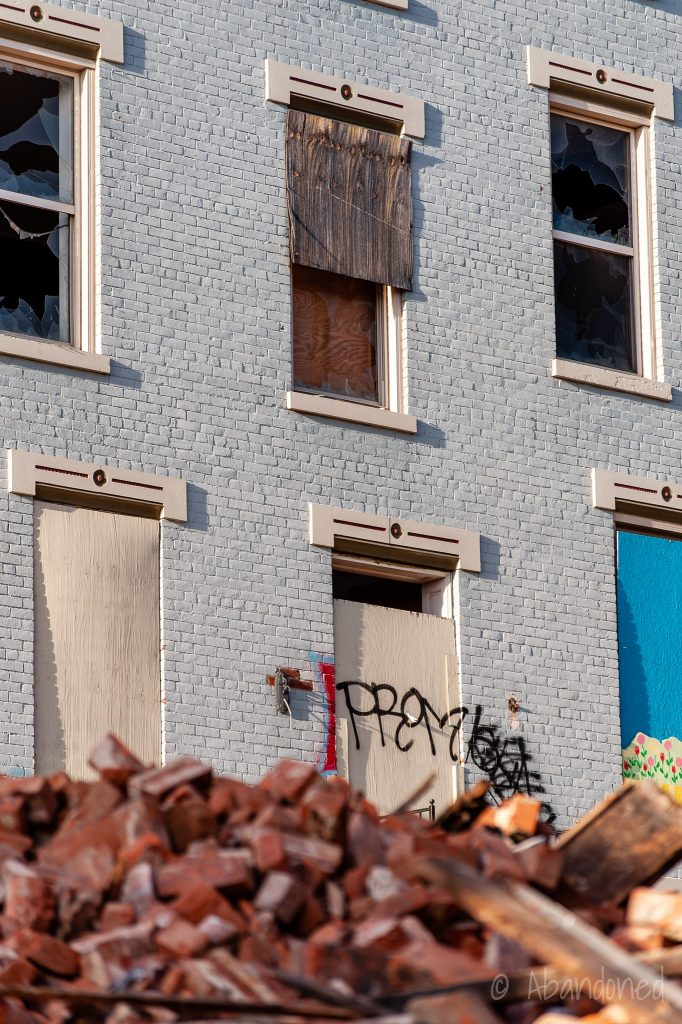 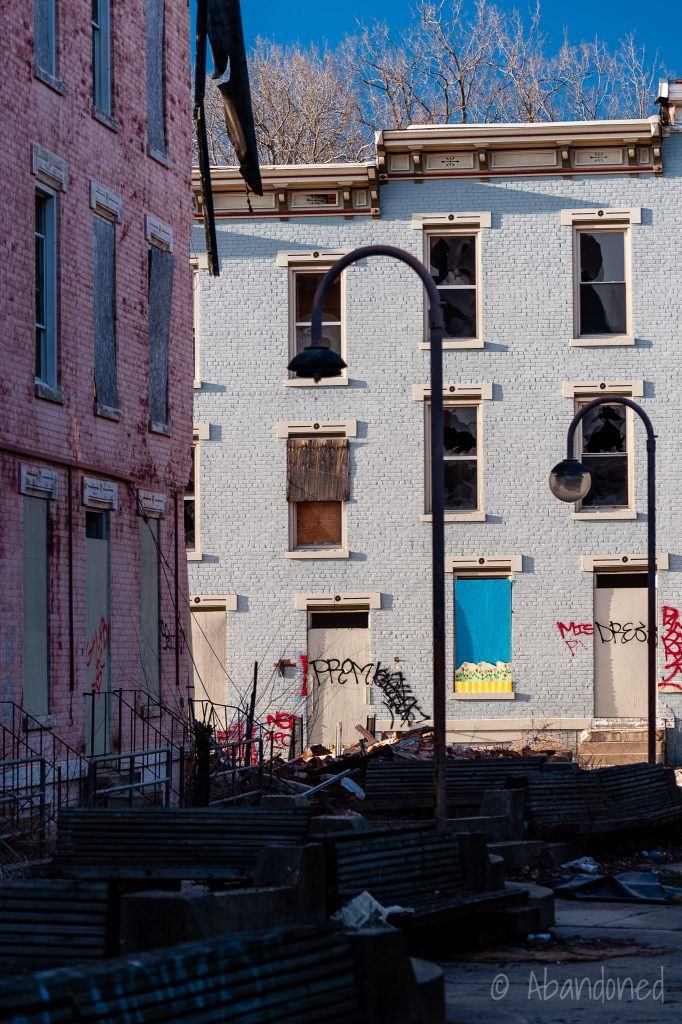 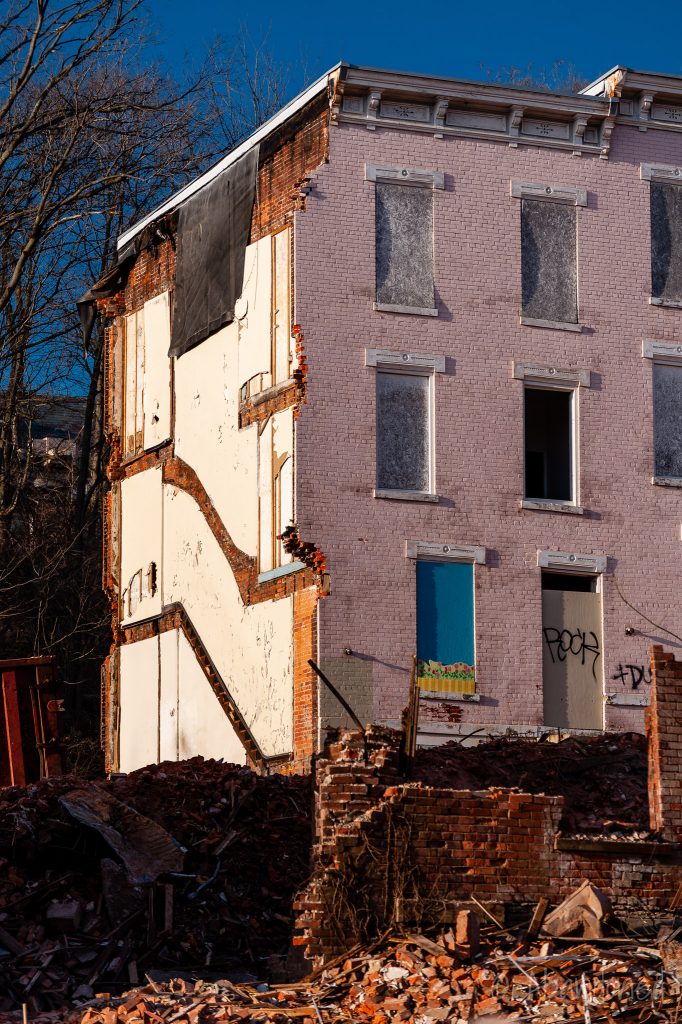 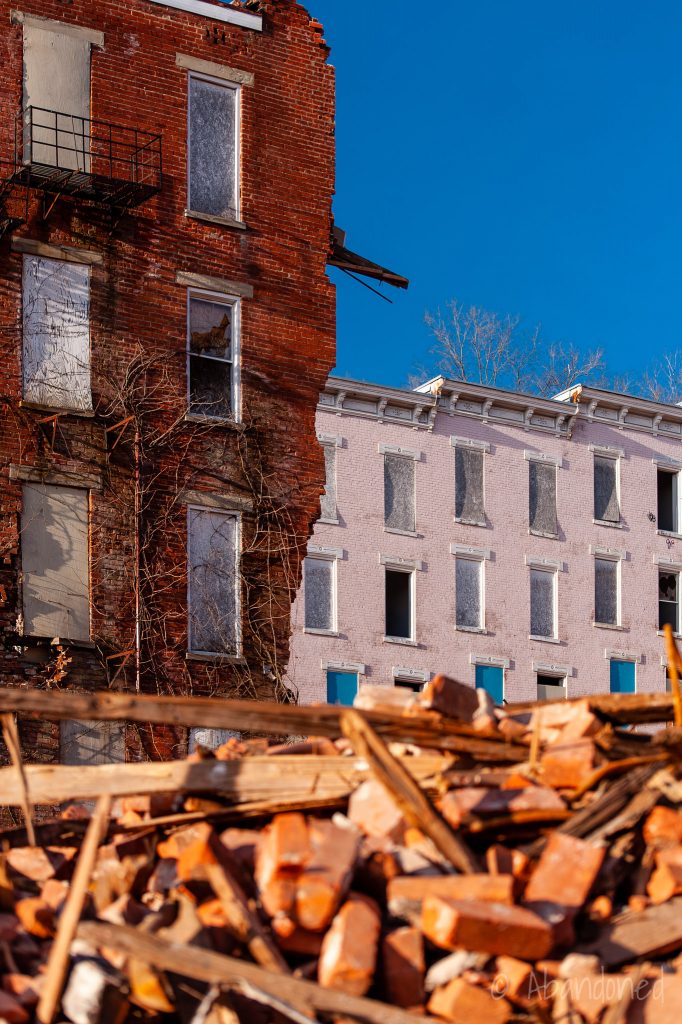 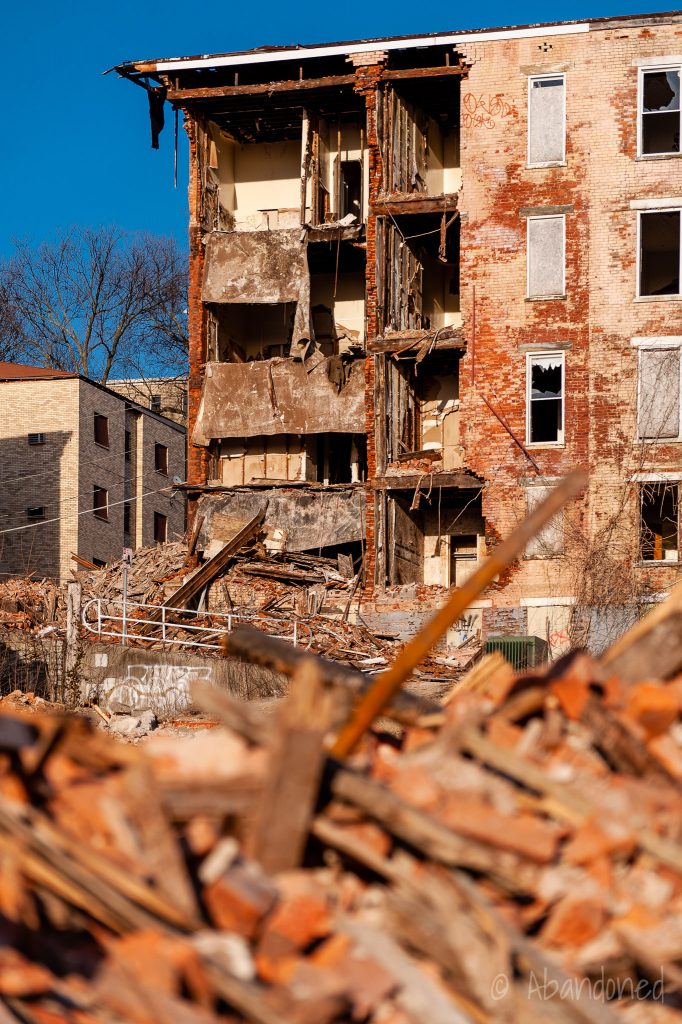 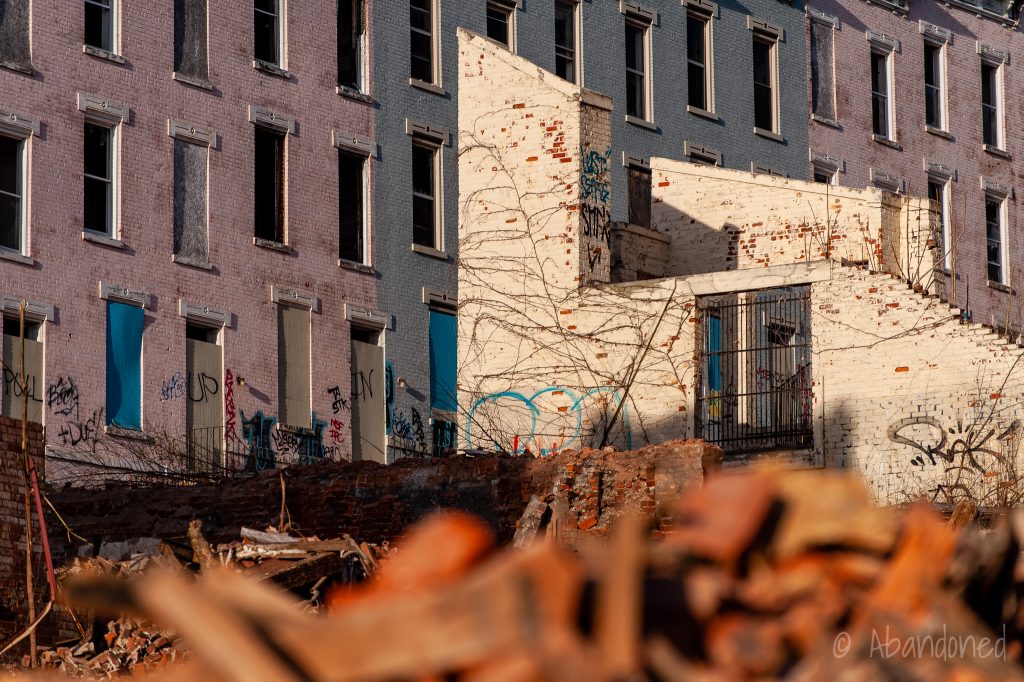 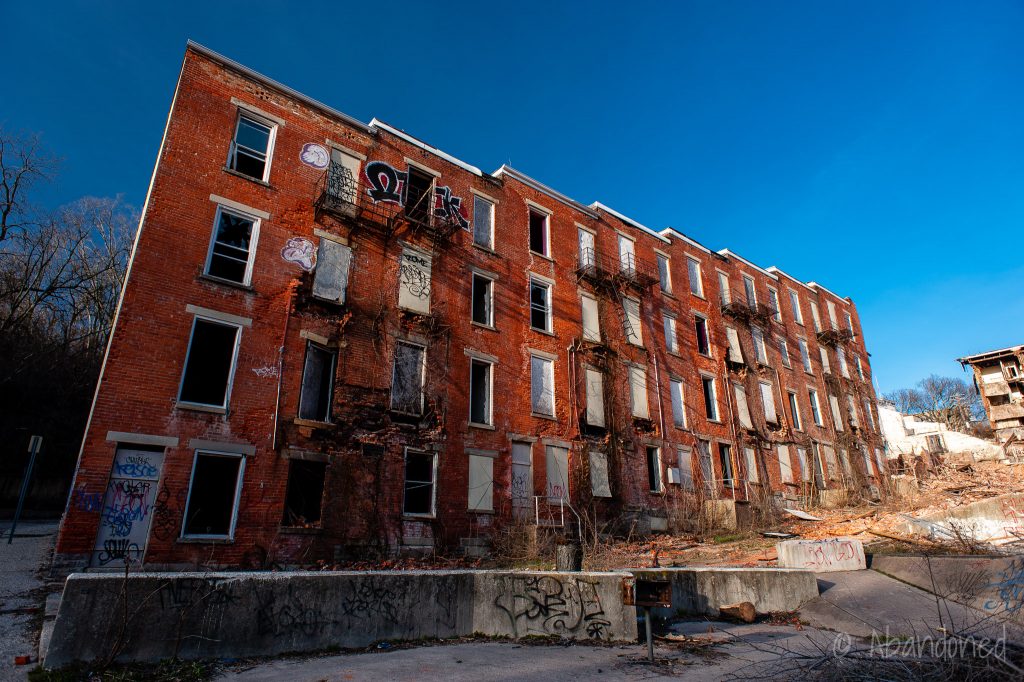 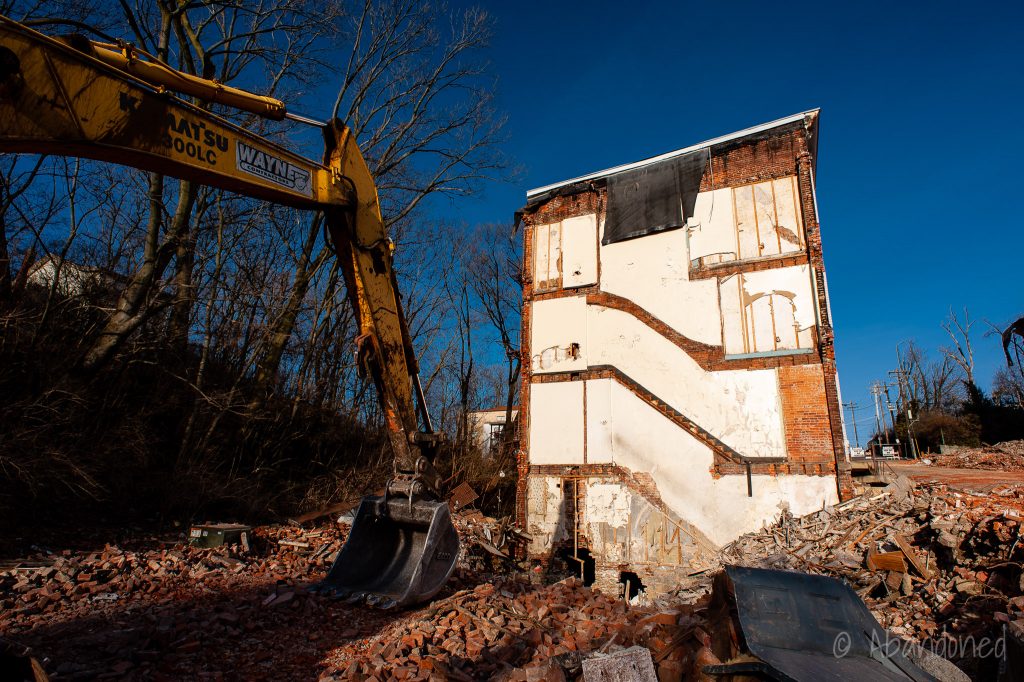 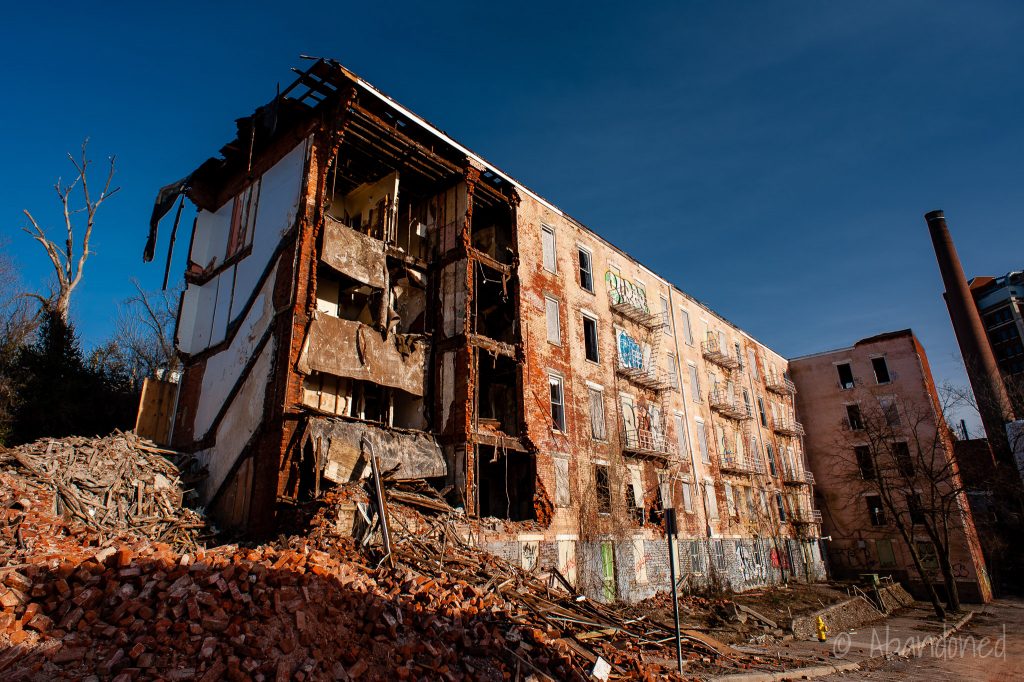 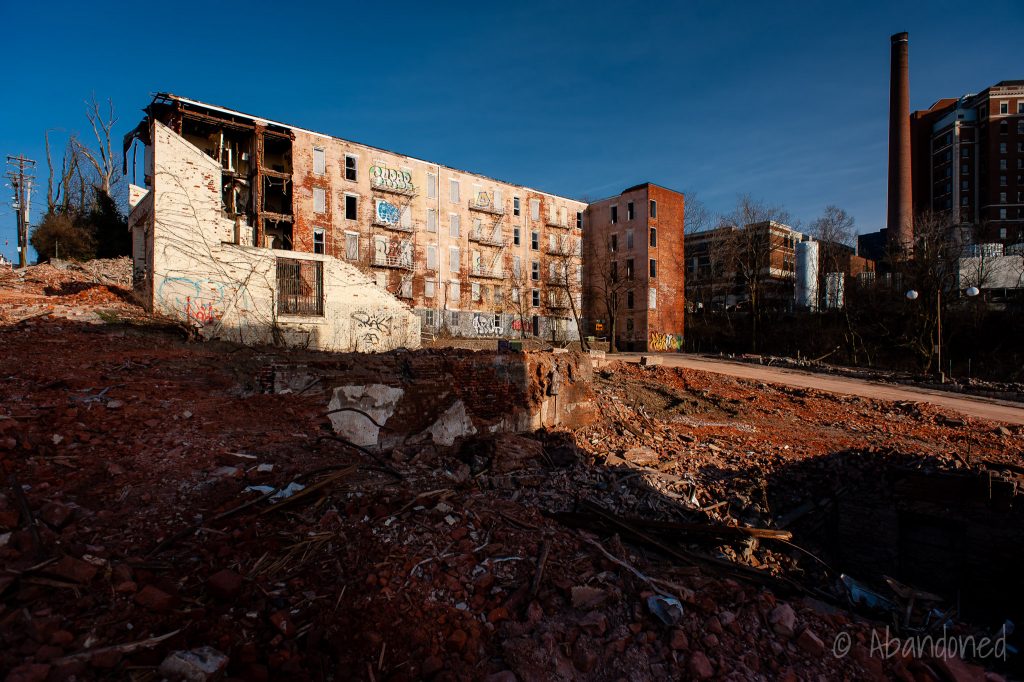 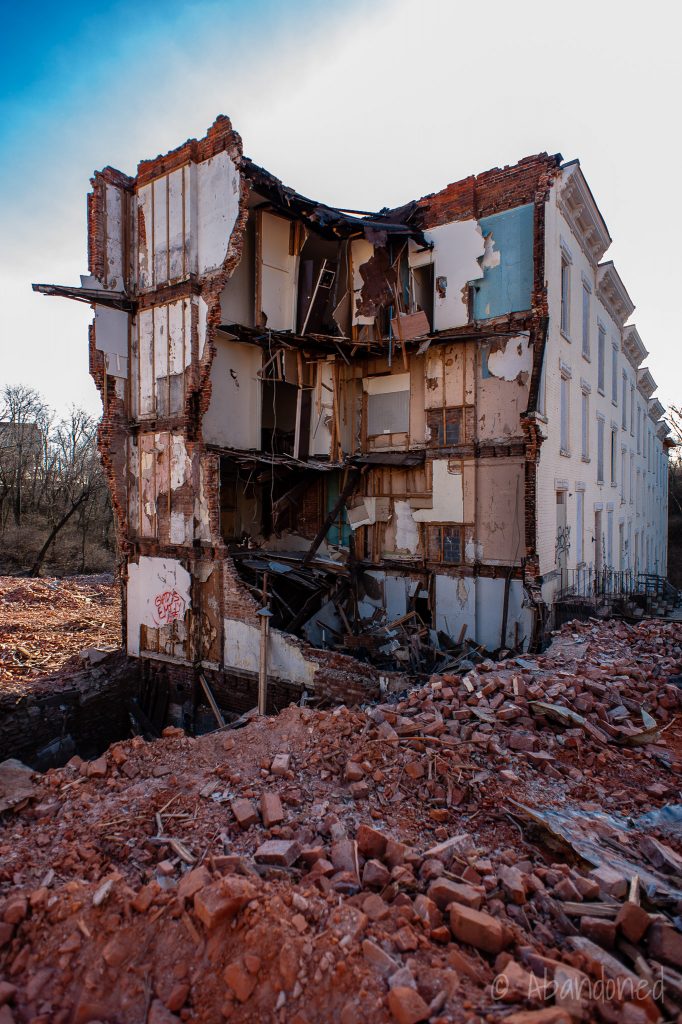 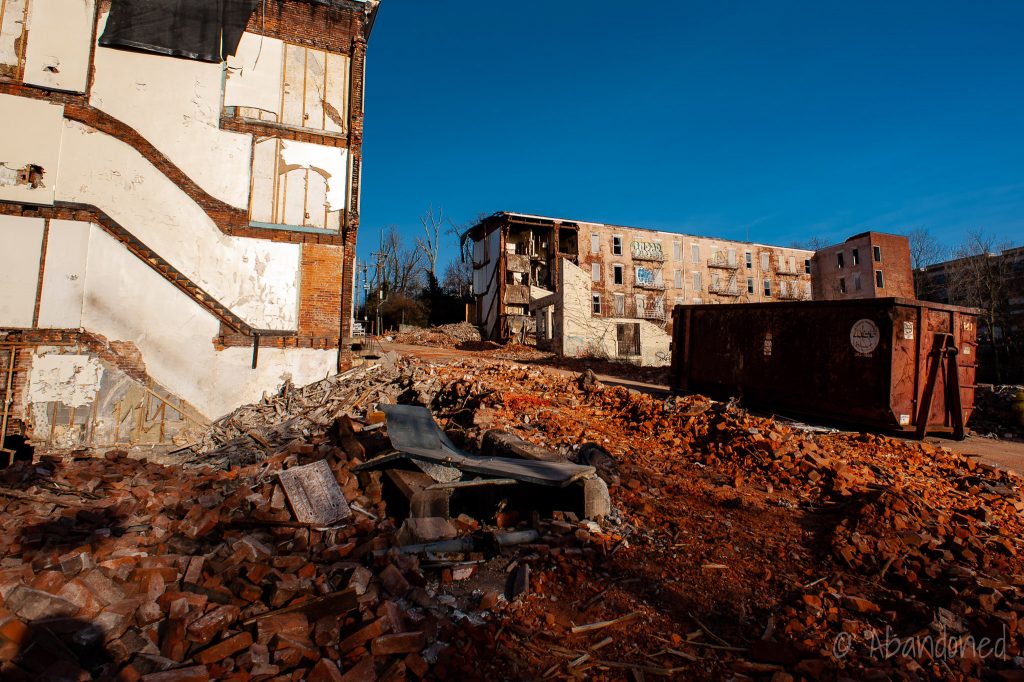 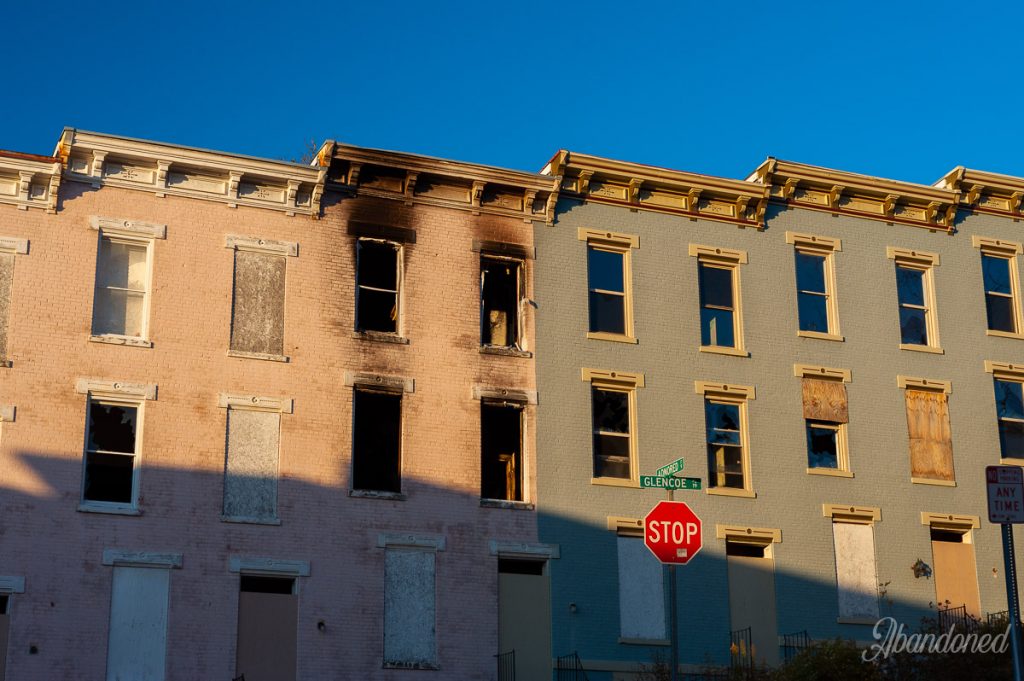 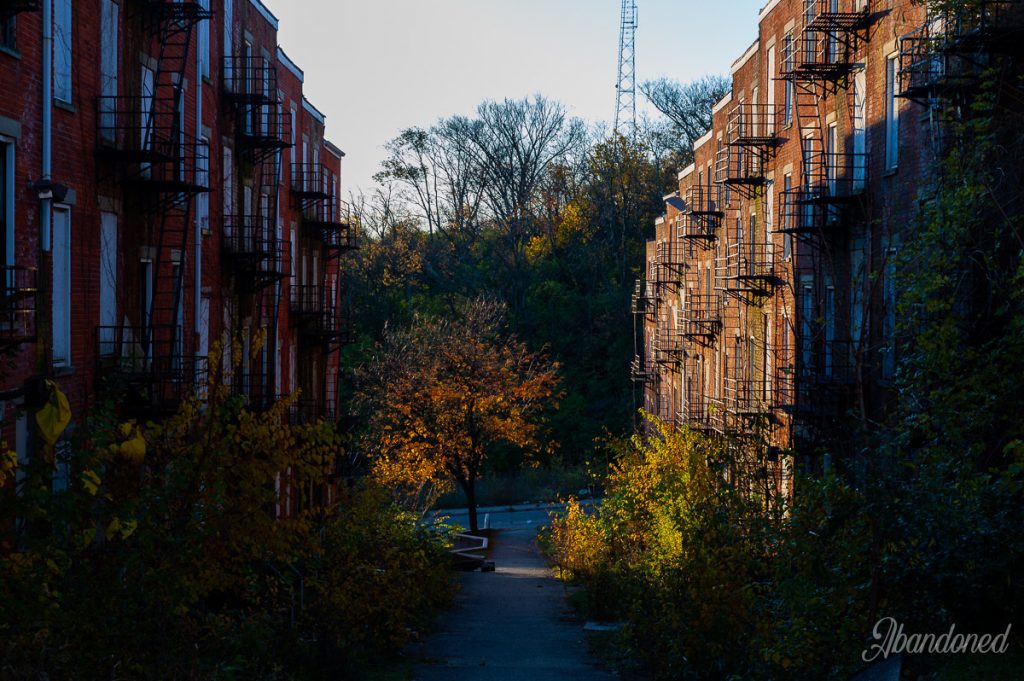 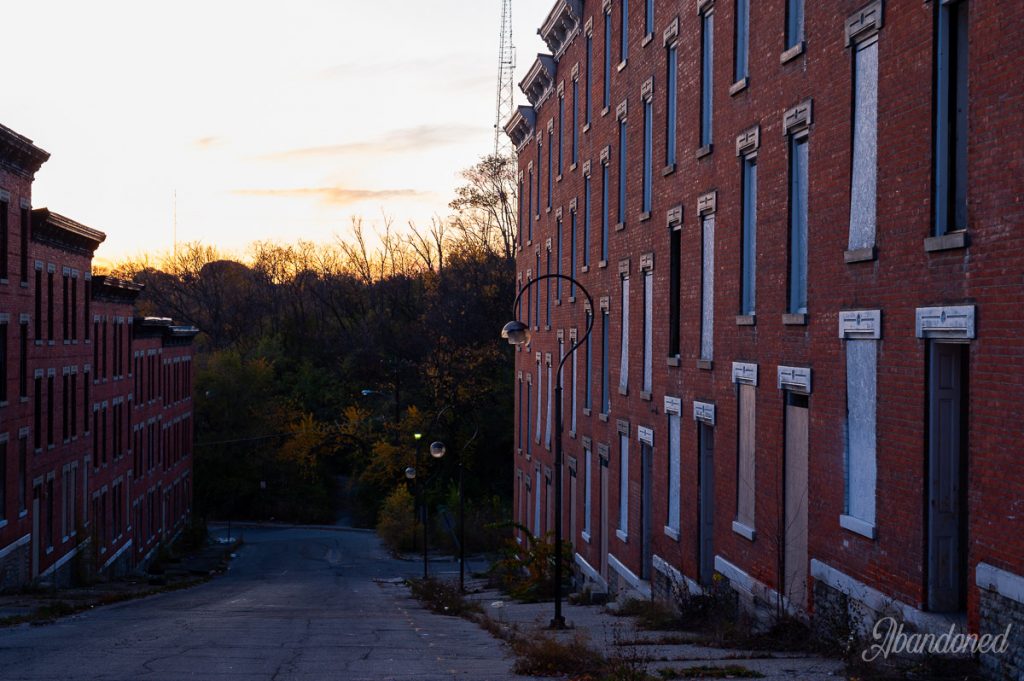 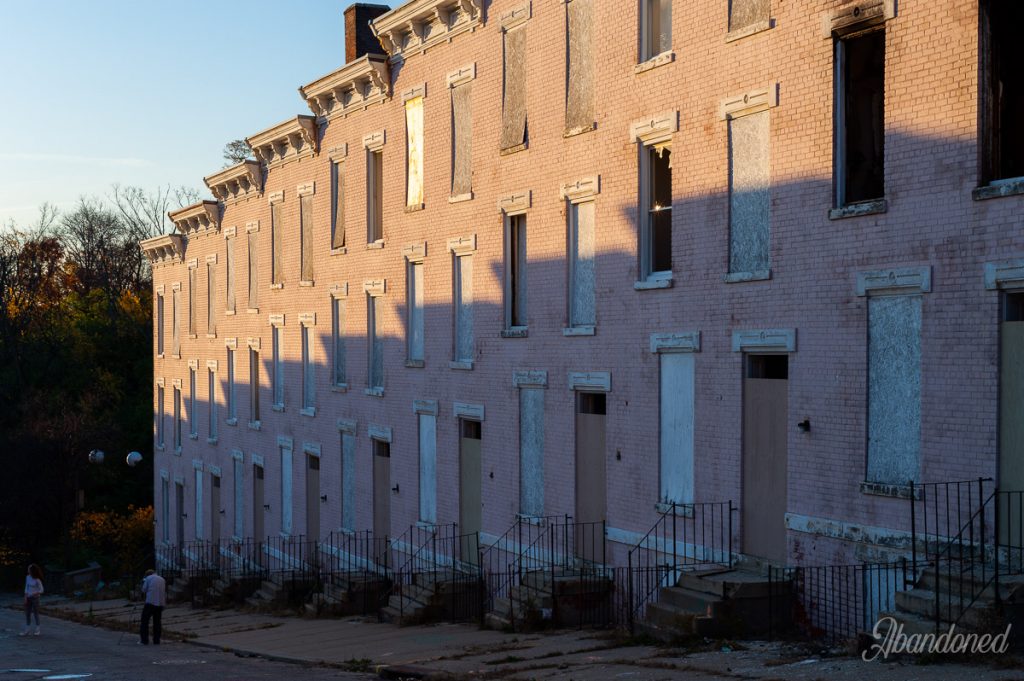 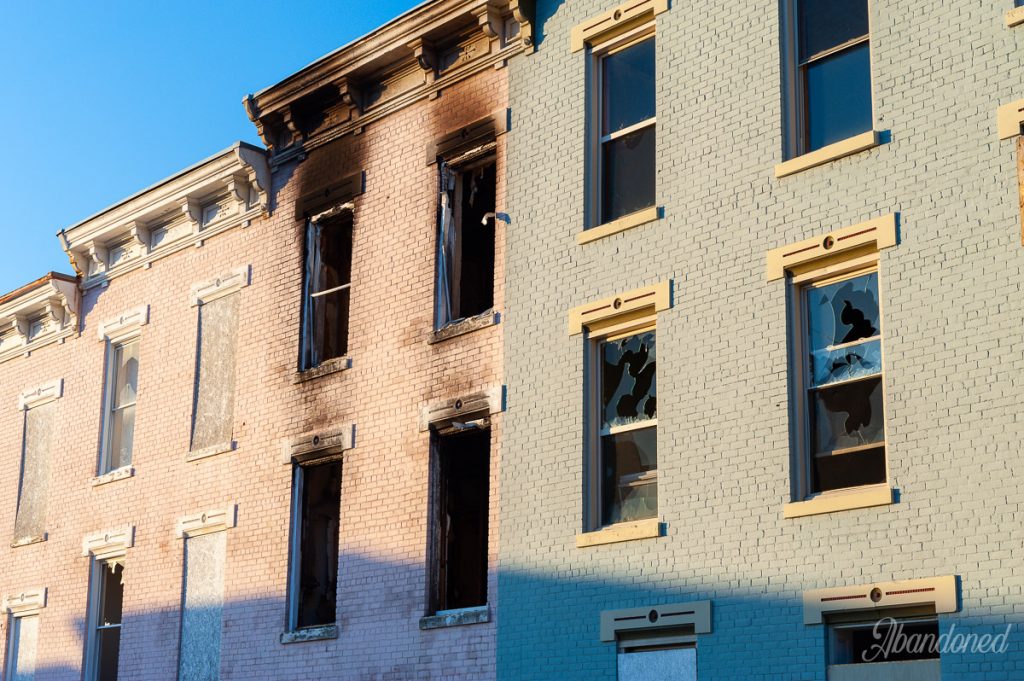 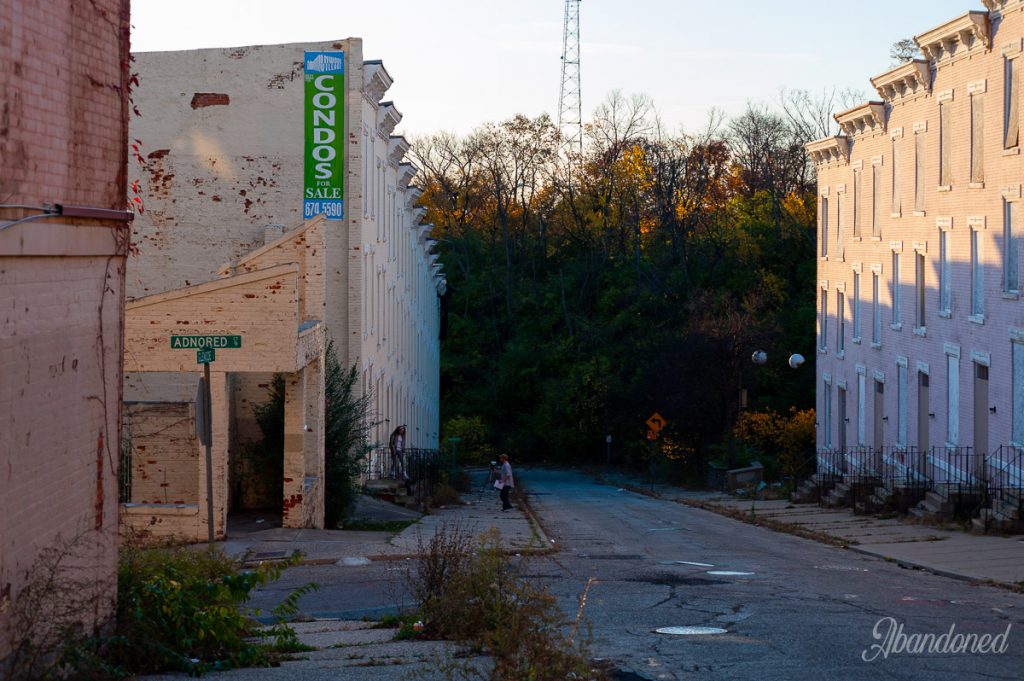 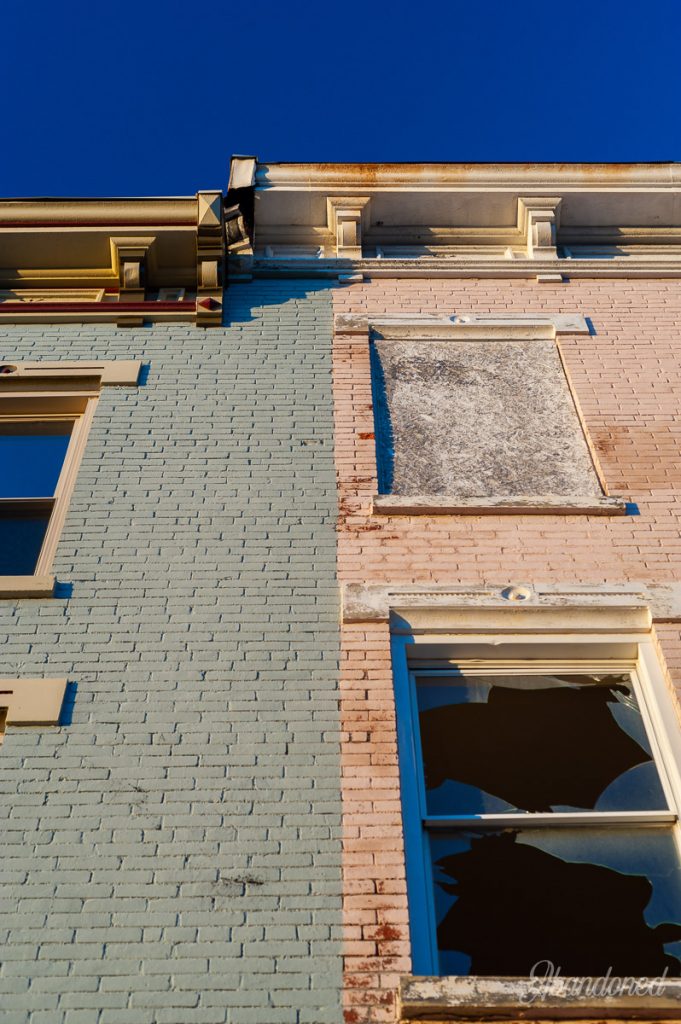 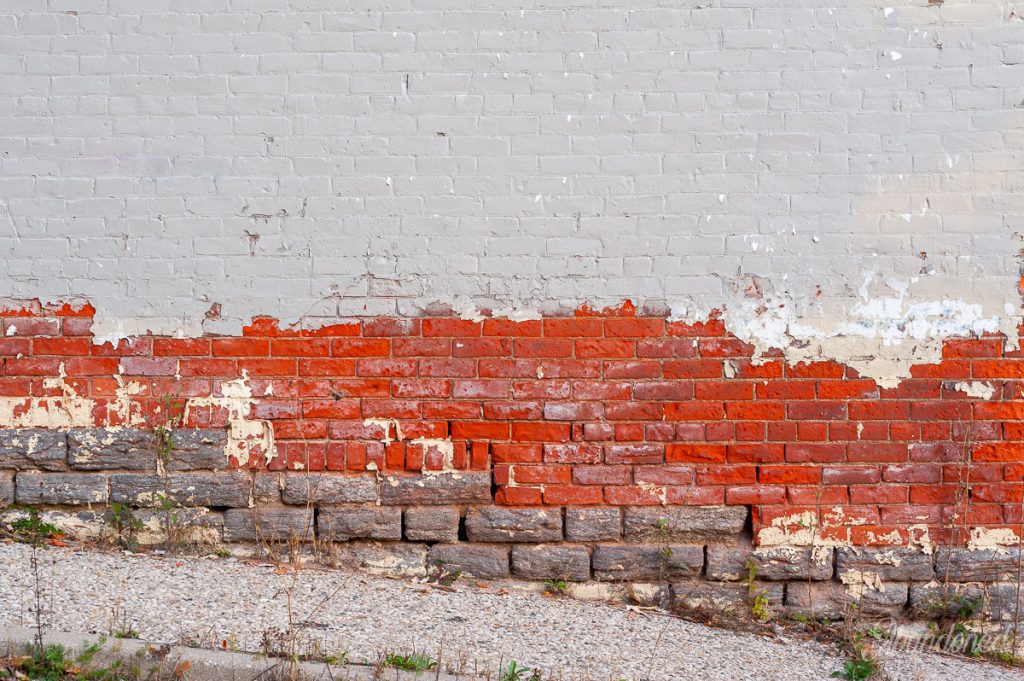 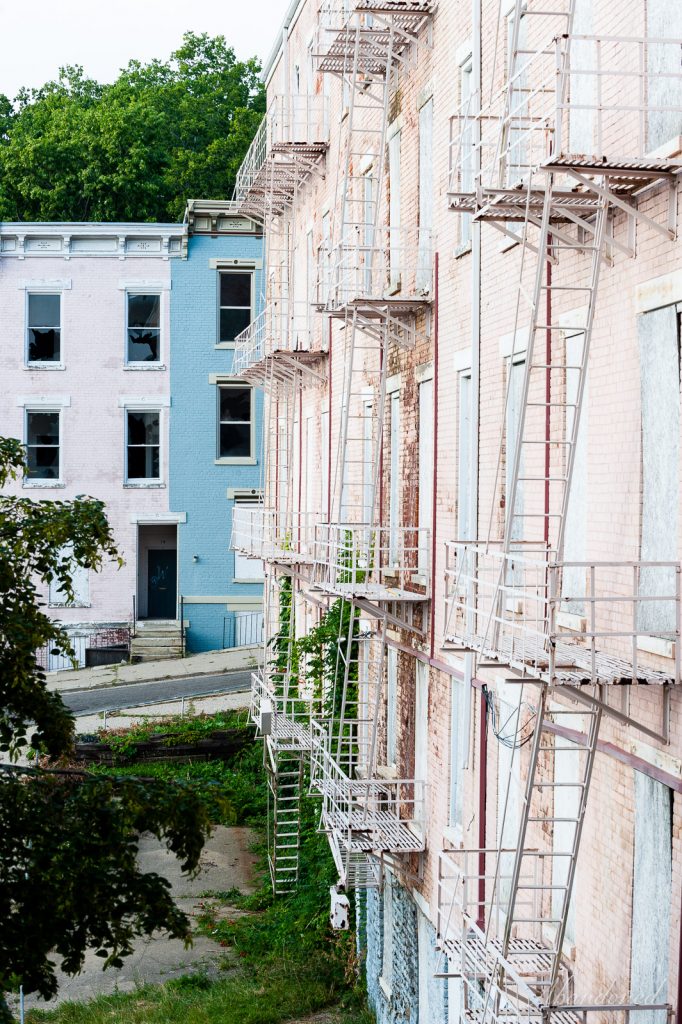 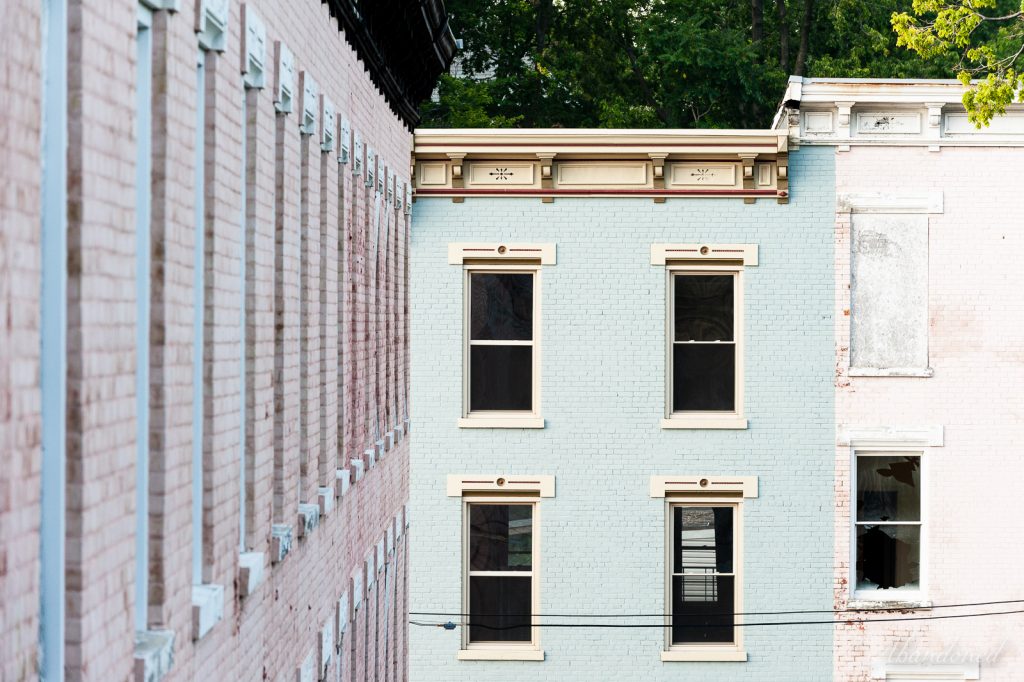