Hazelwood Sanatorium is a former tuberculosis hospital in Louisville, Kentucky.

Hazelwood Sanatorium is a former tuberculosis hospital in Louisville, Kentucky. Portions of the facility operate today as a residential facility for those with intellectual and developmental disabilities.

It was through the efforts of William Carrier Nones, a prominent Louisville citizen, that the Kentucky Anti-Tuberculosis Association was formed in 1905. The development of this organization focused almost exclusively in the Louisville metropolitan area, was an effort to stamp out the contagious bacterial infection that involves a person’s lungs. 4 The development of the Association led to a fundraiser of $60,000 to acquire a large farm and residence in Hazelwood, 18 an emerging neighborhood in the southern reaches of Louisville. 1

The house was remodeled and converted into a 10-bed hospital, 18 and Hazelwood Sanatorium on September 9, 1907. 6 The opening of Hazelwood, the first institution of its type in the Commonwealth, 4 16 led to the eventual renaming of the Association to the Louisville Anti-Tuberculosis Association. 3

Kentucky soon had three tuberculosis sanatoriums—Hazelwood, Waverly Hills, and Jackson Hill, as well as tuberculosis wards at Eddyville Branch Penitentiary and the Western Kentucky Asylum for the Insane. 16

A fire in February 1912 destroyed Hazelwood Sanatorium. 18 The cost of a new fireproof building was estimated at $50,000 and an additional $20,000 was expected to be required for a surgical ward. Hazelwood had since its inception been operated on a semi-philanthropic basis, and it was not long before monies were raised for a new building. 2

The new three-story hospital, with 120 beds, 8 16 opened on April 1, 1915. 2 It included a high-pressure boiler, with emergency pumps and an elevated tank containing thousands of gallons of water for fireproofing. 18

Hazelwood was soon overwhelmed and by 1918, Hazelwood was supplemented by three open-air cottages, a sewage disposal plant, a dairy barn, a garden, and several tents for male patients were erected. 16

Contracts were awarded in December 1935 for a new 70-bed Children’s Building. 26 Designed by D.X. Murphy & Brother, the three-story building included room for 70 beds, an X-ray department, an operating room for minor surgery, and a light therapy department. Funding for the $132,000 project was derived from the Public Works Administration. The Children’s Building opened on March 28, 1938. 27

Plans to triple the capacity at Hazelwood were announced on January 20, 1943. 7 The expansion was expected to cost $300,000 and increase the hospital’s capacity from 120 beds to 350 20/382 7 beds in two ward units and include an operating room and X-ray equipment. 25 That included 125 beds for African-Americans whereas none existed in the state previously. 7

The new 230-bed Arthur McCormack Memorial Hospital addition 22 remained unused after completion in 1945 because of a lack of around-the-clock doctors. 20 The $547,000 structure was also not equipped because of a lack of beds, X-ray equipment, sterilizers, and furnishings.

The building of a Nurses’ Home, at $245,650, was approved in January 1947. 23 The three-story home was to include housing, laundry, and recreational facilities for 100 nurses, 60 more than the present building. The existing structure was to be remodeled to be housing for nurse assistants. Construction on the new Nurses’ Home began in April 24 and was finished at the cost of $262,000. 20

Bids were opened for two resident Physicians’ Homes at Hazelwood in April 1947. 20 The two homes, estimated to cost $500,000, were a necessity to permit the opening of the McCormack Memorial Hospital complex.

Both the Nurses’ Home and Physicians’ Homes were completed in 1948.

Financial problems plagued Hazelwood from its conception. Initially, in order to receive treatment at Hazelwood, citizens had to apply first to their county’s fiscal court because counties bore financial responsibility. 16 17 In 1920, the state had to take over Hazelwood and by 1924, Hazelwood required that all patients pay a weekly rate of $15 for their treatment.

It was hoped that the fee would result in better conditions for patients but the hospital remained overcrowded.

Tuberculosis, by 1938, was the leading cause of death in Kentucky, and the state had the highest death rate in the nation, partly because of a lack of facilities, a lack of consistent statewide funding for treatment, and a lack of long-term care options. 16 17 27 On average, 2,000 died from the disease each year. 16 17 27

It was not until the passage of House Bill No. 147 in March 1944 that a statewide Tuberculosis Sanatoria Commission was established and that funding was provided for six 100-bed sanatoriums. 16 17 Five new state hospitals, at Ashland, Glasgow, London, Madisonville, and Paris were recommended along with the expansion of Hazelwood.

Immediately after Hazelwood was established as a state hospital, state funding for patient care dropped which caused some patients to have to pay for a portion of their treatment. 16 17 But the new Commission also afforded a 230-bed addition to Hazelwood, along with a reservation of 43 beds for African-American patients.

Initial treatment for tuberculosis included fresh air daily, a diet high in ascorbic acid, vitamin A, and protein, and bed rest. 9 Later, pneumothorax treatments were developed that allowed the partial or complete collapse of a lung by the introduction of air into the pleural cavity, giving the lung a chance to rest and heal. Treatment times were shaved in half, from an average of 2oo days to 300 days per patient to an average of 90 days. 21

The development of the drug streptomycin led to a dramatic decline in tuberculosis rates and deaths in the United States. 10 Streptomycin was first isolated in October 1943 by Albert Schatz, a Ph.D. student in a laboratory at Rutgers University as part of a research project funded by Merck and Company. 11 12 The first randomized trial of streptomycin against pulmonary tuberculosis was carried out between 1946 and 1948 by the MRC Tuberculosis Research Unit and was widely accepted to be the first randomized curative trial. 13 The results showed efficacy against tuberculosis. 14

In 1962, when Waverly Hills Tuberculosis Hospital closed as a tuberculosis hospital and the remaining patients were transferred to Hazelwood. 16

A study conducted by the state Comprehensive Health Council in 1969 recommended that the state phase out its entire system of six tuberculosis hospitals by 1971, and reuse Hazelwood’s Elks and Nurses Home buildings to house mentally handicapped patients. 32 34 The six hospitals, including Hazelwood, had a capacity of 900 beds. It was proposed in 1970 that two tuberculosis hospitals remain in the state by the close of the decade: one in Louisville near the University of Louisville, and the other at Paris.

The state voted to convert Hazelwood into a mental handicap hospital 30 31 on January 15, 1971. 31 It was decided that patients could be relocated to a 62-bed floor at Louisville Memorial Hospital in a move that was to be “temporary.” The state proposed the construction of outpatient clinics at both the Memorial Hospital and the Louisville-Jefferson County Health Department, along with other sites in the region. It was hoped that a permanent tuberculosis unit with about 80 beds could be included in plans for a new Louisville General Hospital.

The conversion of Hazelwood into a mental handicap facility began in July and was completed at the cost of $1 million. 29 Sixteen patients were transferred to the newly rebranded Hazelwood ICF/MR from the Frankfort State Hospital and School. 32 It became the Hazelwood Center for Persons with Mental Retardation in July 1991. 33

Bids to remove the closed Elks Building and the Mack-Hill Building were let in July 2018. 15 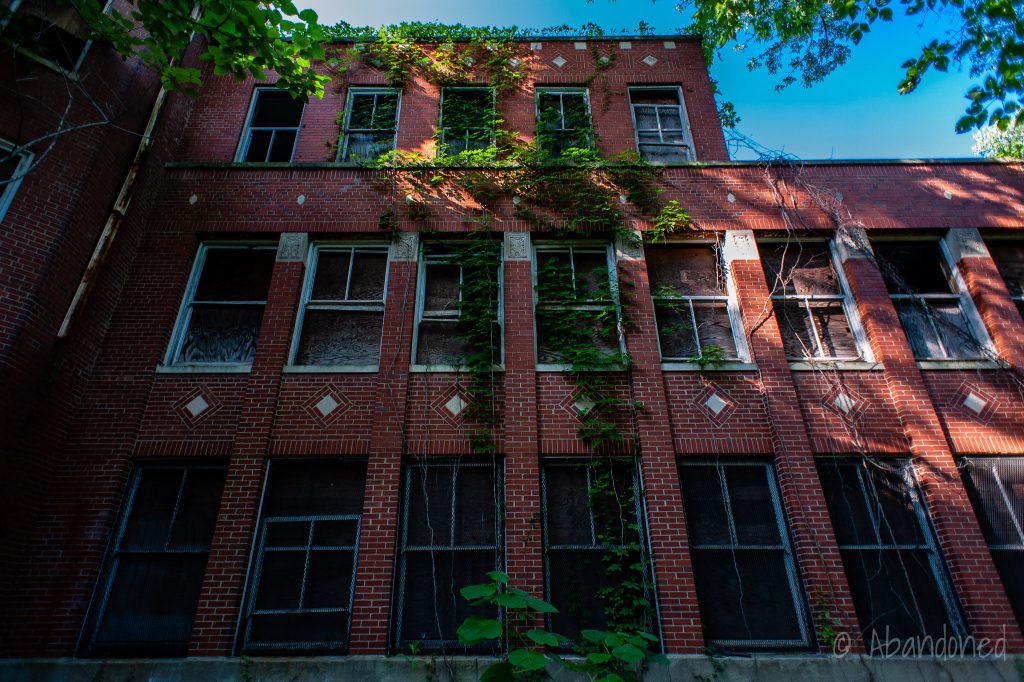 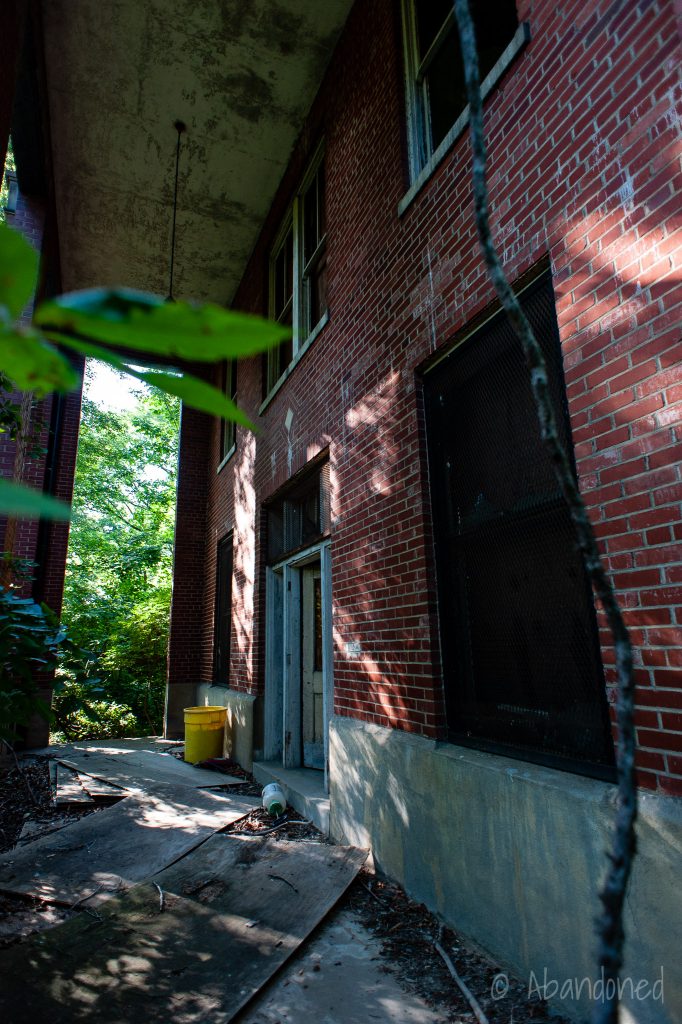 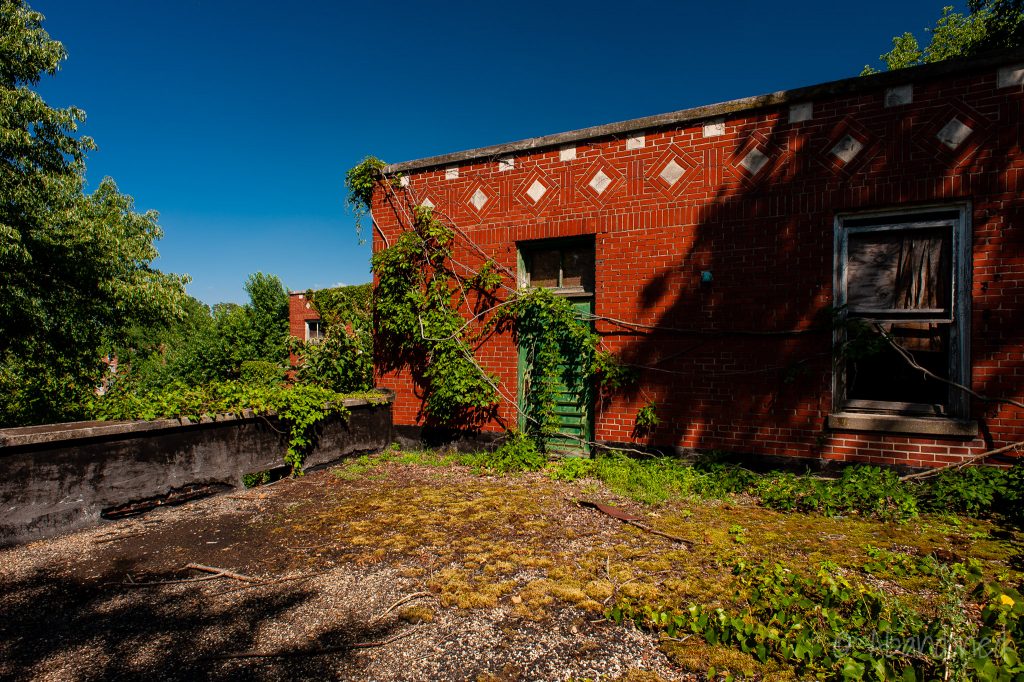 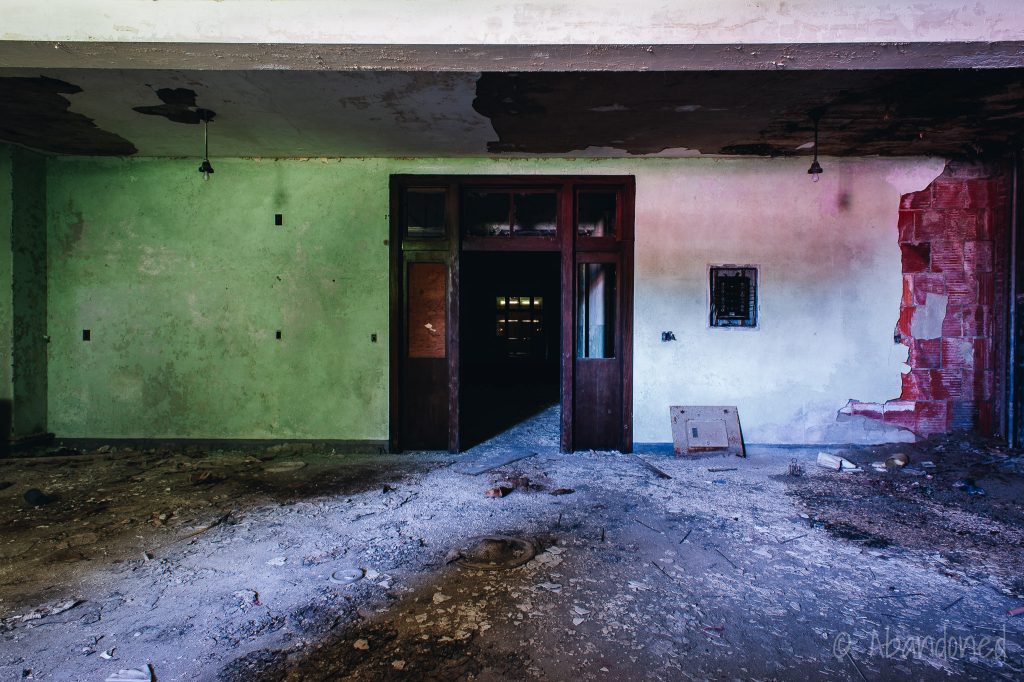 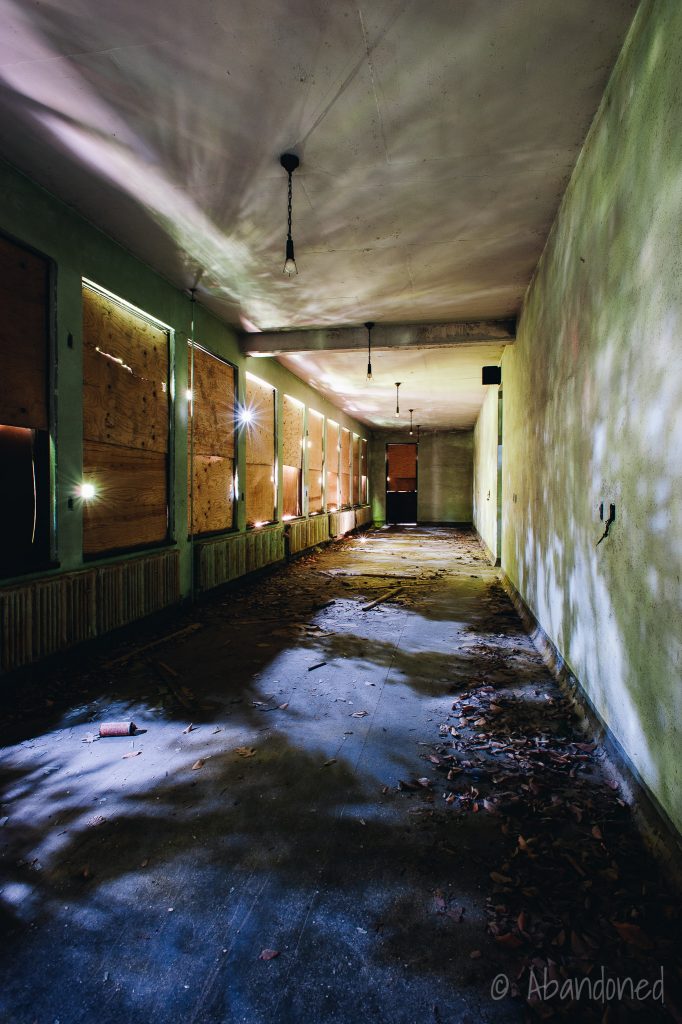 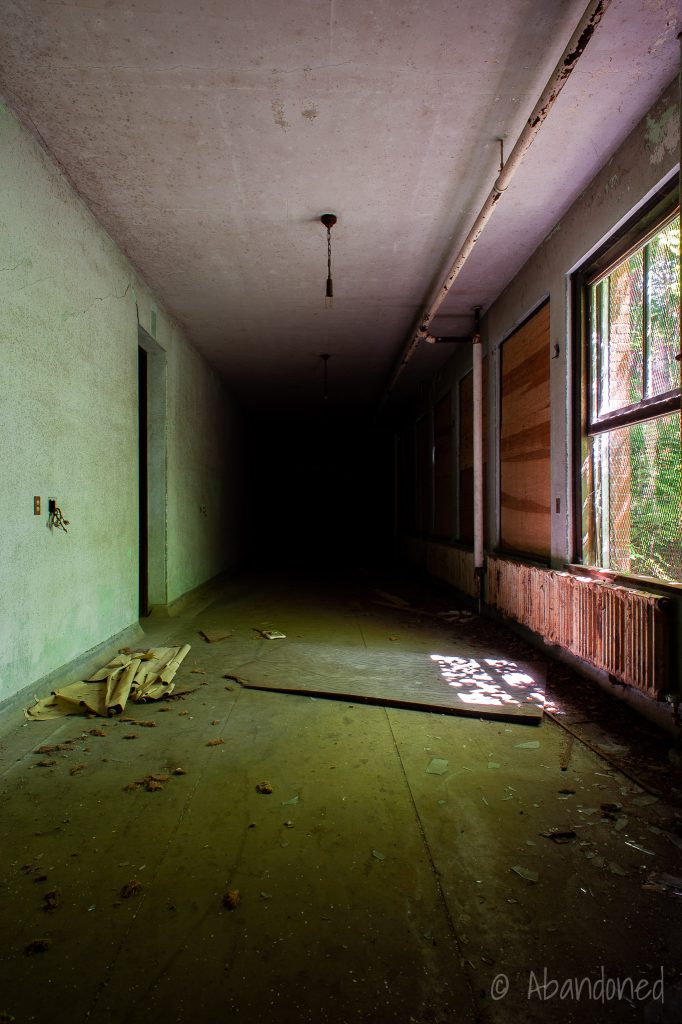 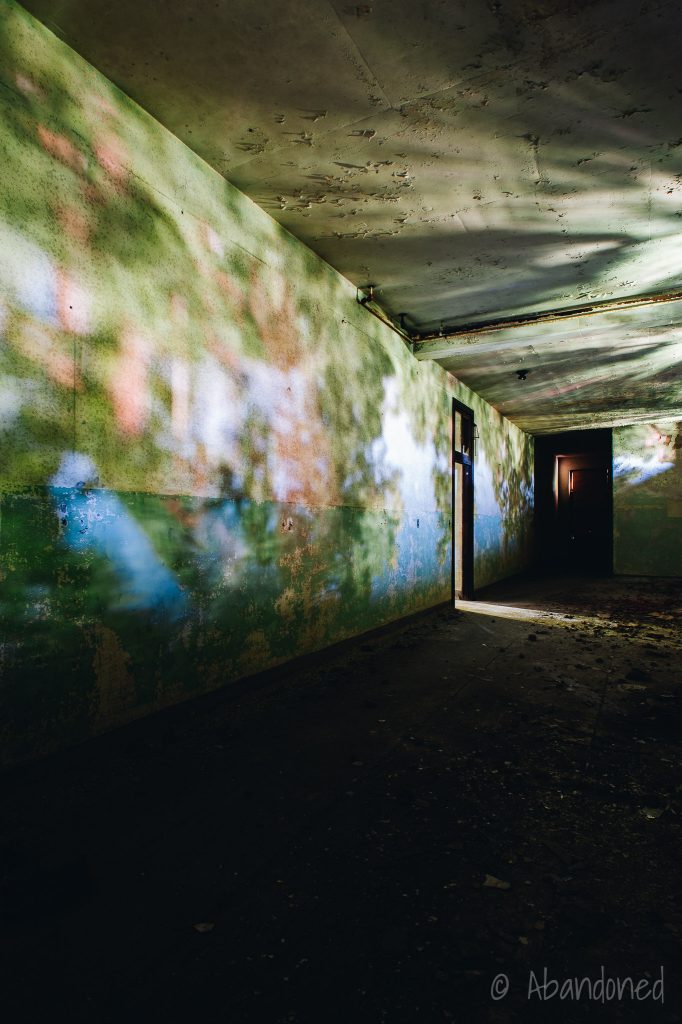 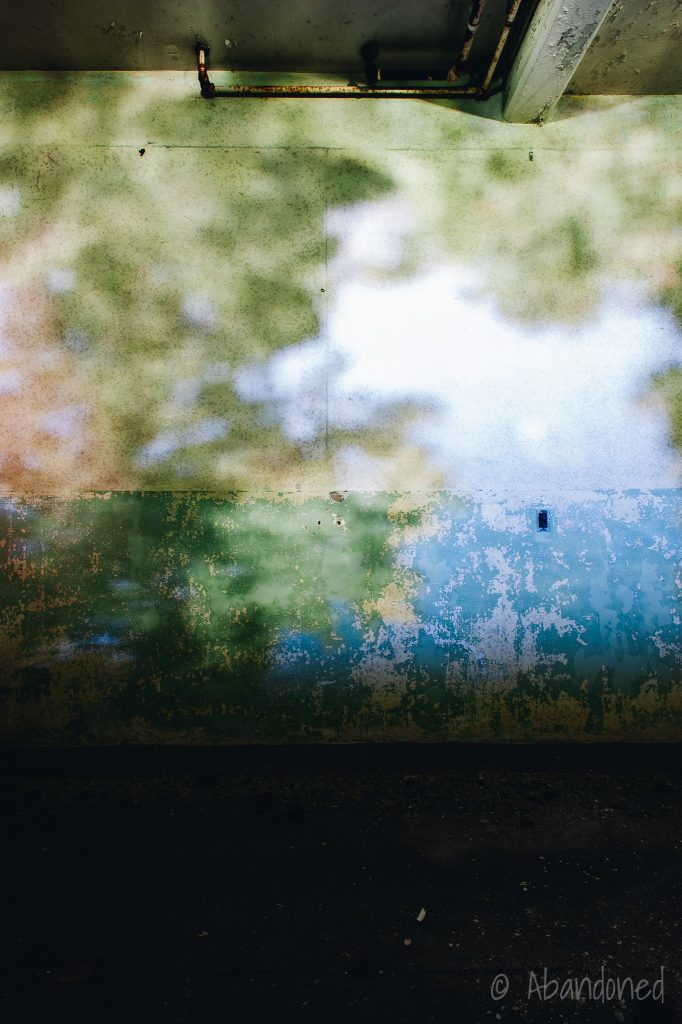 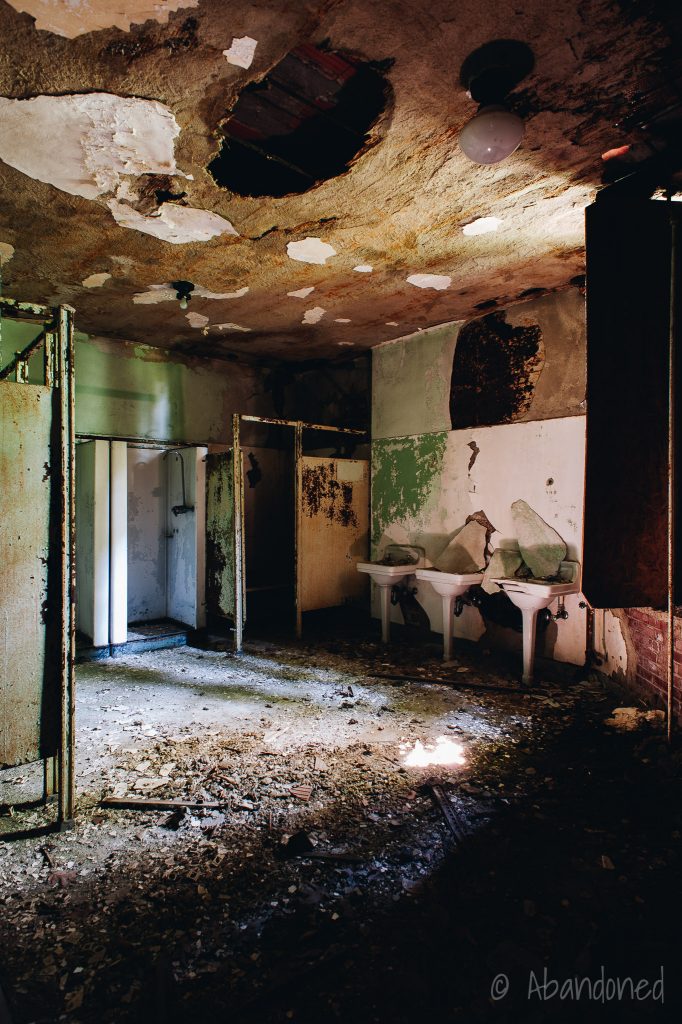 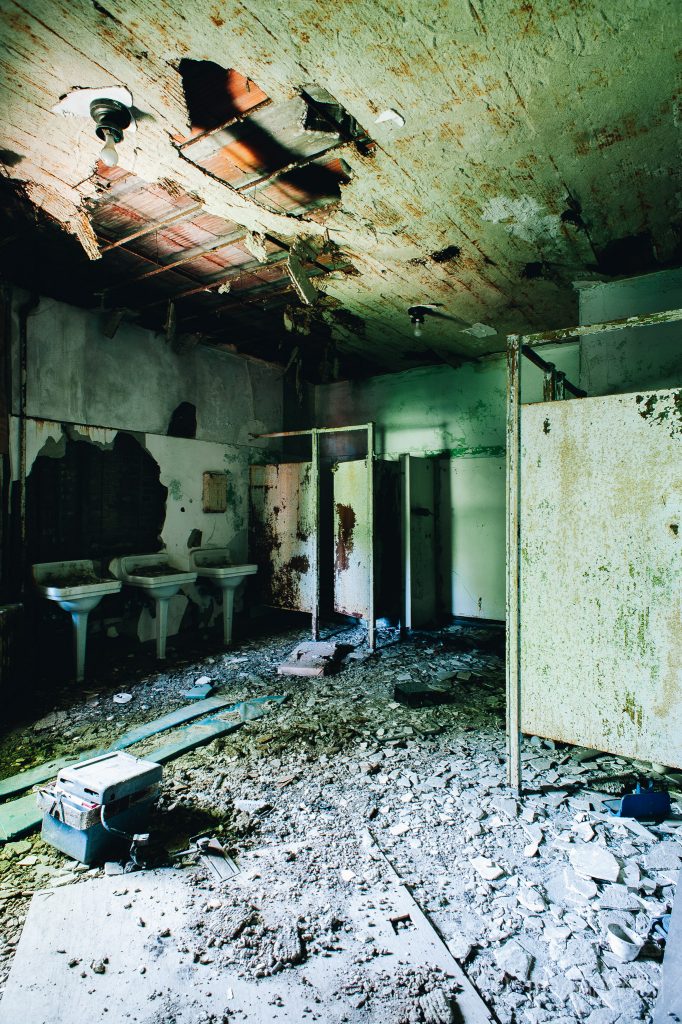 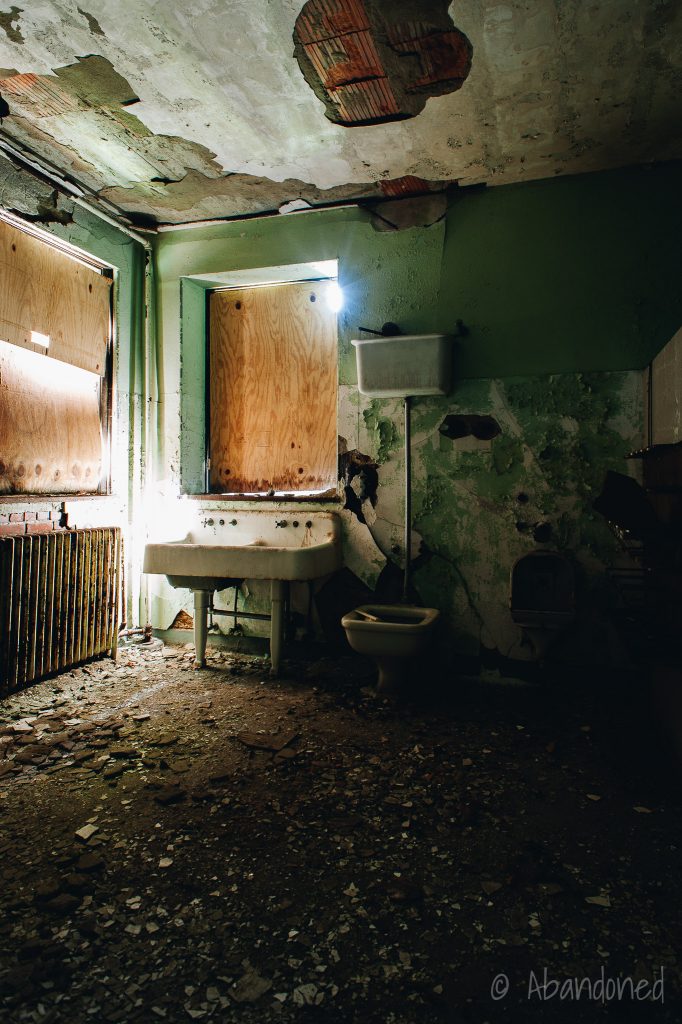 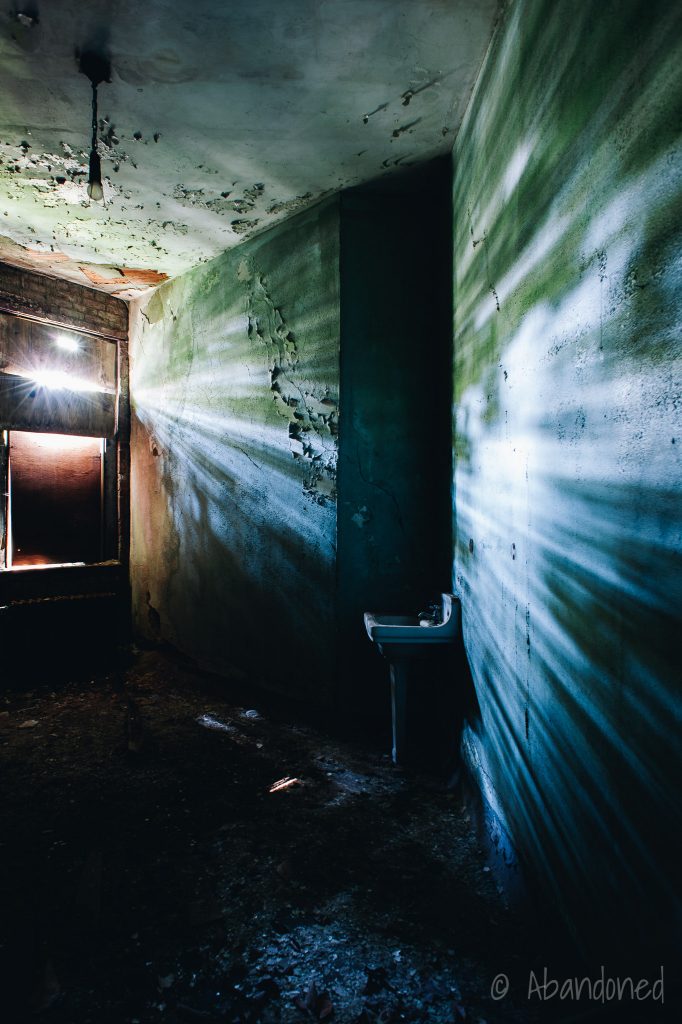 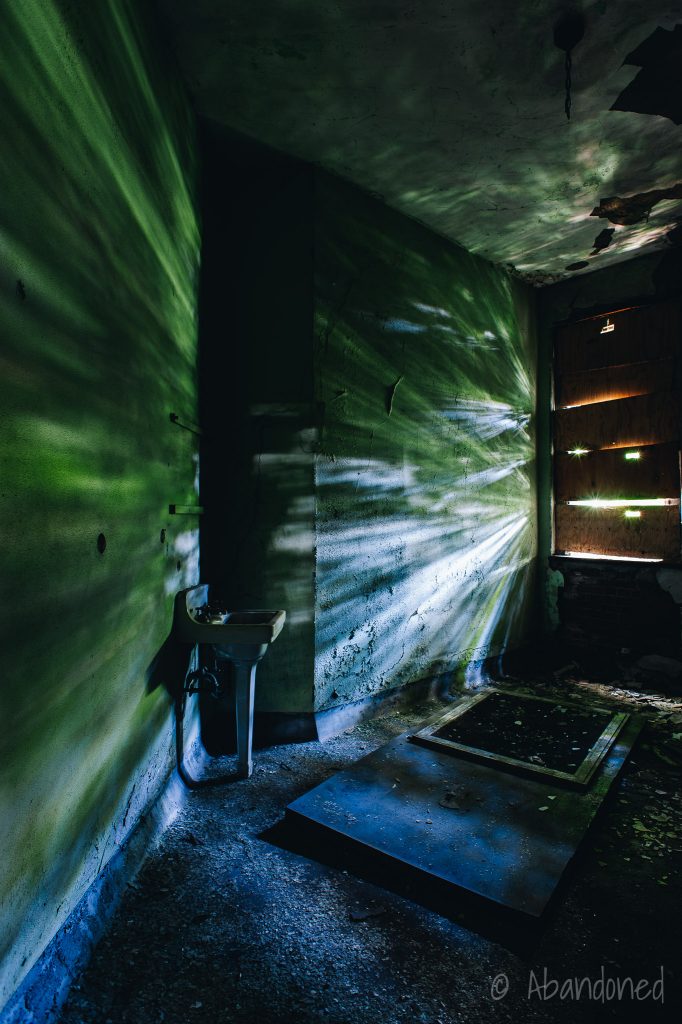 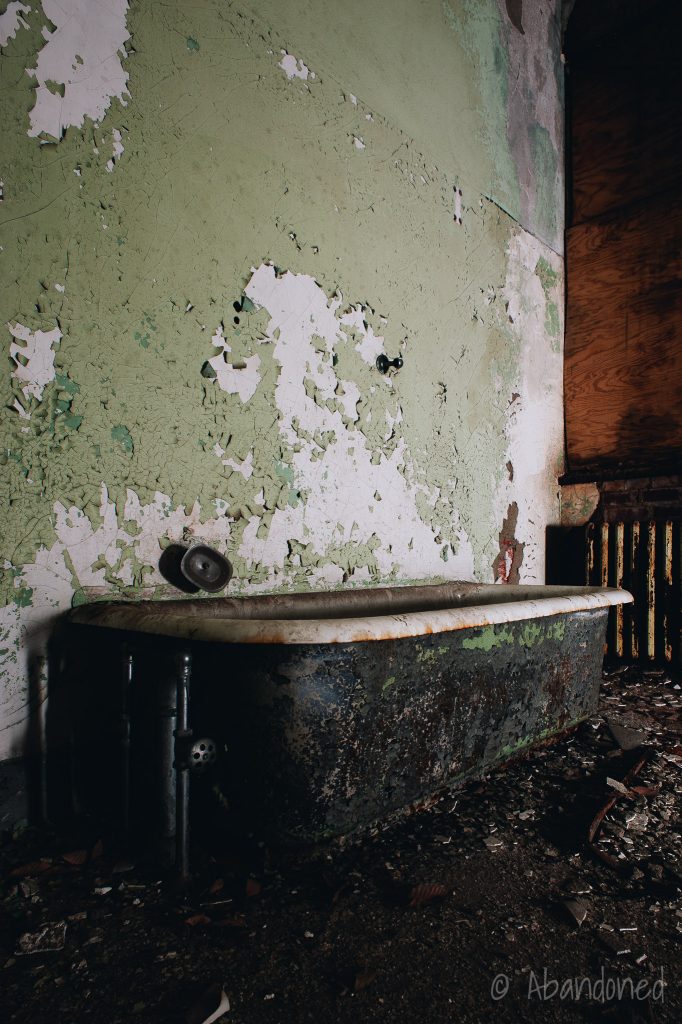 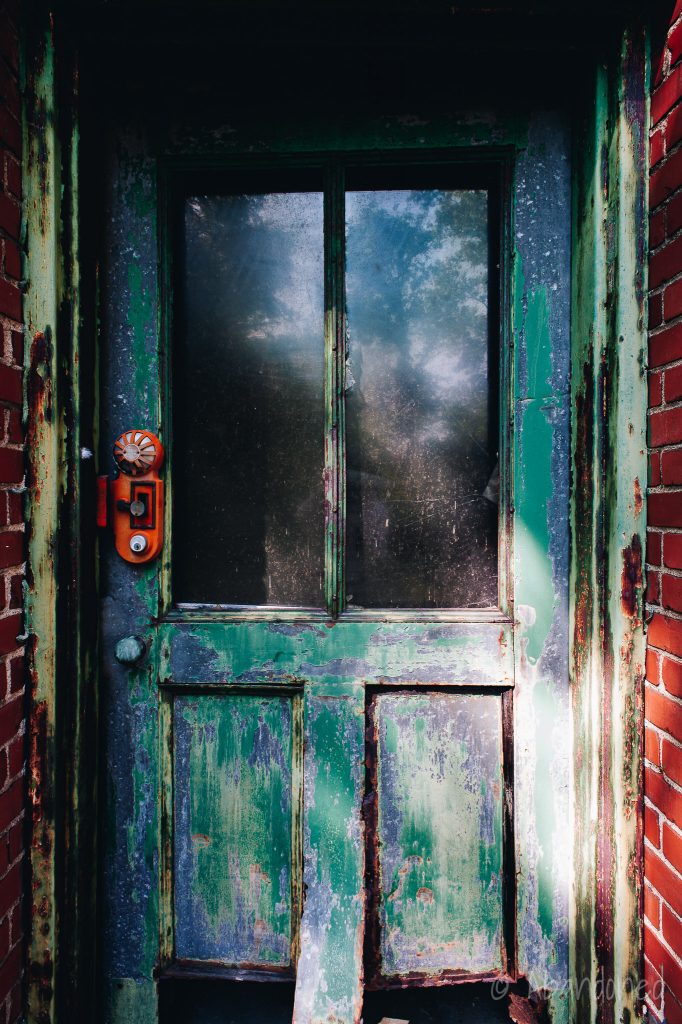 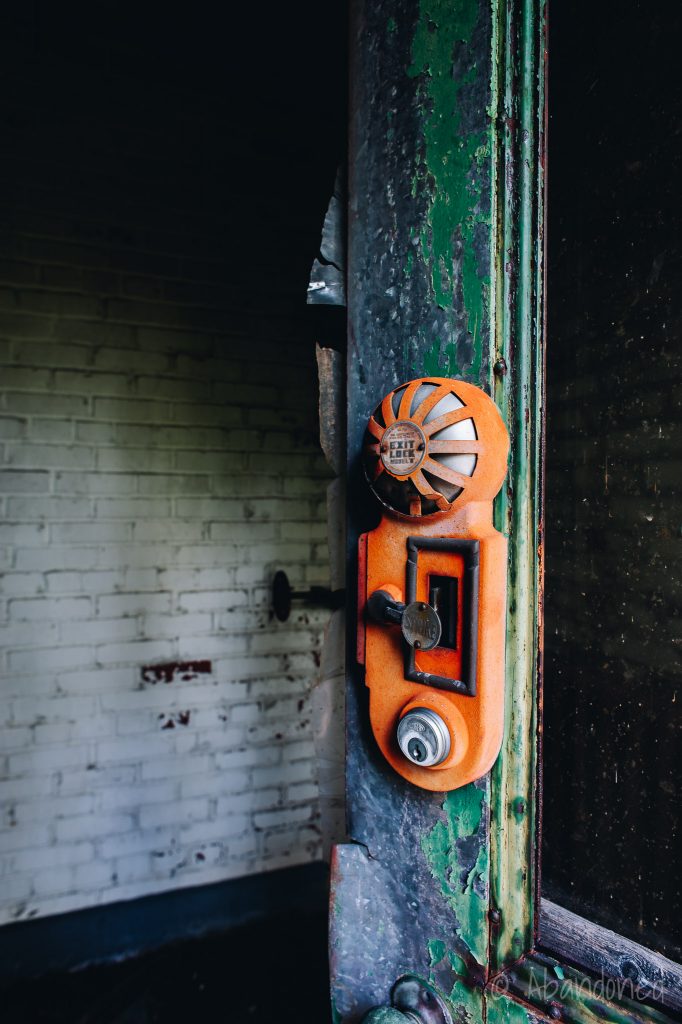 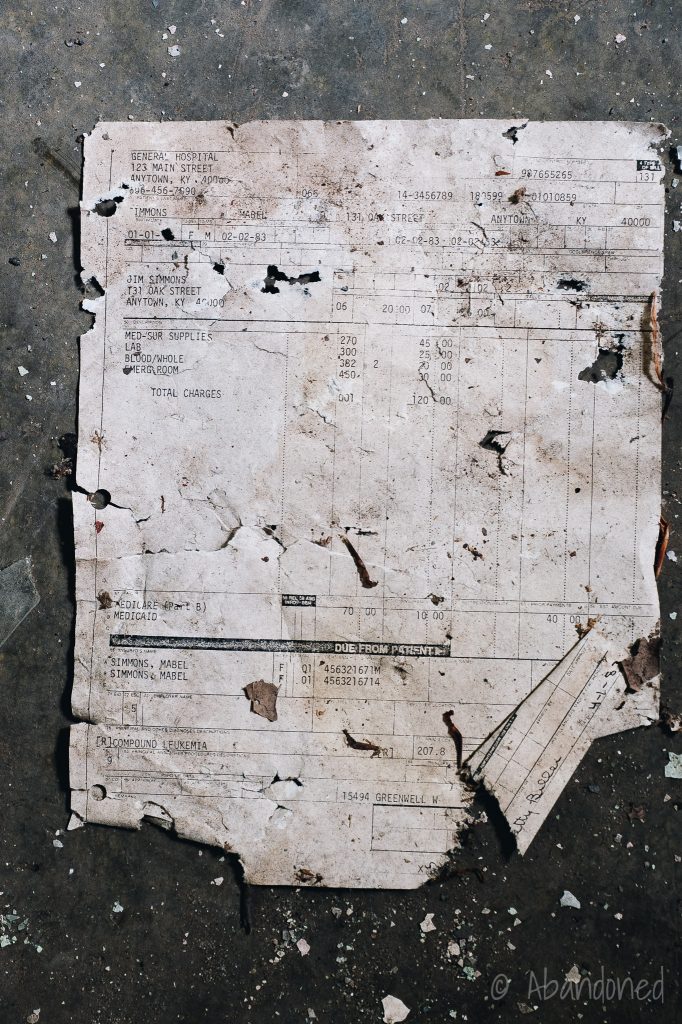 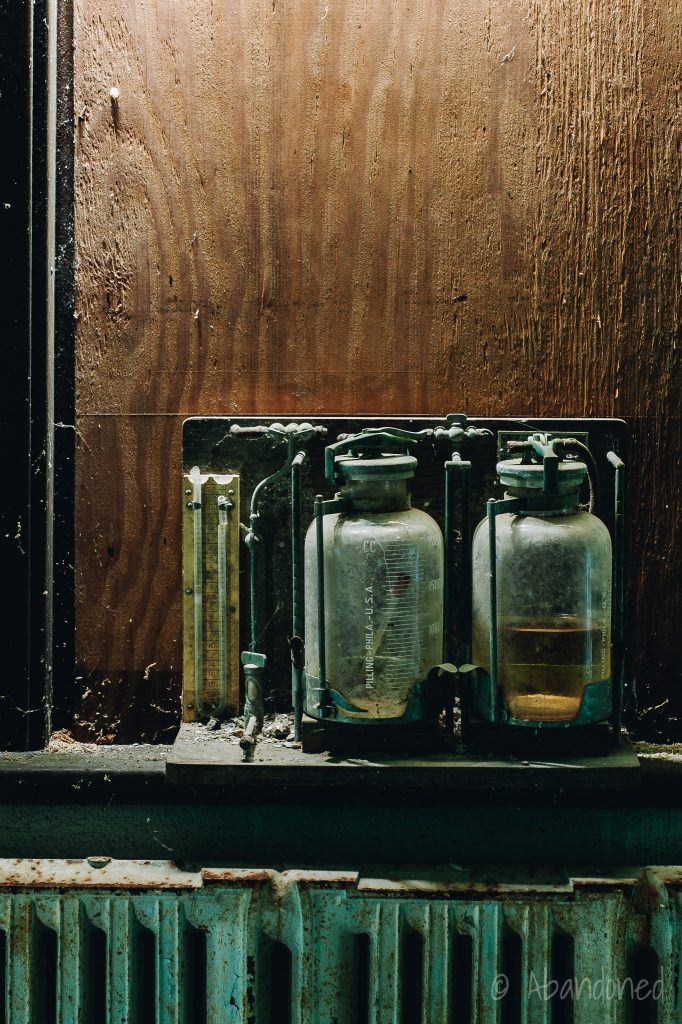