The Higginsport School is a formerly abandoned school under renovations in Higginsport, Ohio.

The first school for Brown County was a one-room log structure built in 1807 near the banks of the Ohio River in Higginsport. 1 The school was relocated to Robert Higgins’ warehouse in 1822 and to a larger log structure in Higginsport’s public square in 1828.

The first brick school in the town was completed in 1845, but it was soon overcapacity. 1 As early as 1868, measures were undertaken for a bigger facility but no action was taken until the spring of 1880 when an election was held that resulted in the citizens voting for a larger school building.

The estimated cost of the new Higginsport School was $15,000, although it was completed at the cost of $18,000 in 1881. 1 The new two-story late-Victorian and Italianate-styled building was modeled after a similar school in Maysville, Kentucky, and consisted of six rooms with 16-foot ceilings with room for 250 students. 1 The cornerstone contained a copy of each newspaper published in the county along with sketches of the earlier schools in Higginsport, coins, portraits of county, state, and federal officials.

The school was expanded in 1930 with a gymnasium and again in 1932 with a cafeteria. Modern indoor plumbing was installed throughout the complex with the latest addition 1

Higginsport School was consolidated into the Ripley-Union-Lewis-Huntington School district in 1952, and elementary students continued to use the building until 1987 when it was mothballed. 1 The property was later sold to the village for $1. While the gymnasium was initially used for dances and other functions, the cost of heating and cooling the entire complex proved to be a financial burden to the village, and the school was abandoned until 1997 when it was used as an emergency shelter for local residents when the Ohio River flooded.

The flood provided the school building with attention and support, and in less than one year, the Higginsport Community Improvement Group (HCIG) applied for a State Historical Building designation. In 1999, the Higginsport School became a state historic building, which allowed the HCIG to apply for a grant to defray the cost of a new roof on the complex. 1 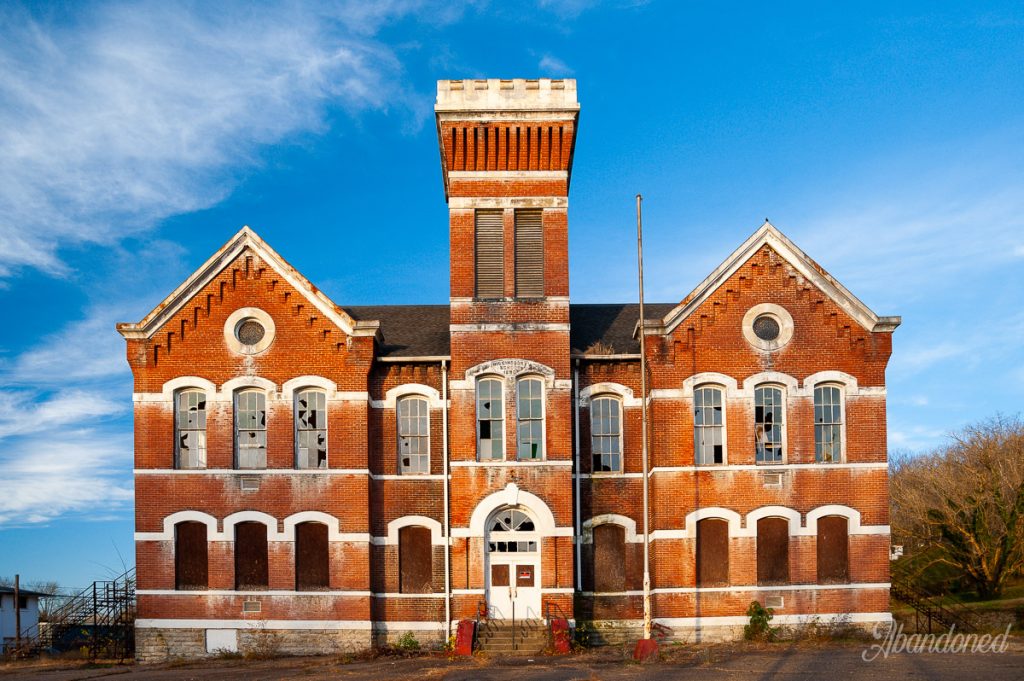 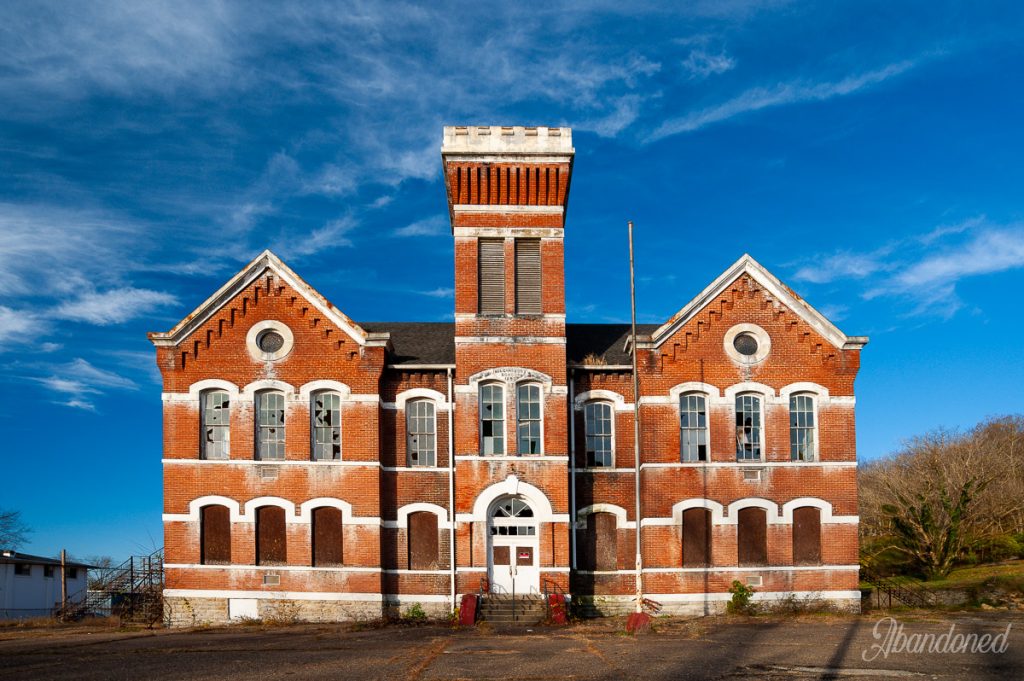 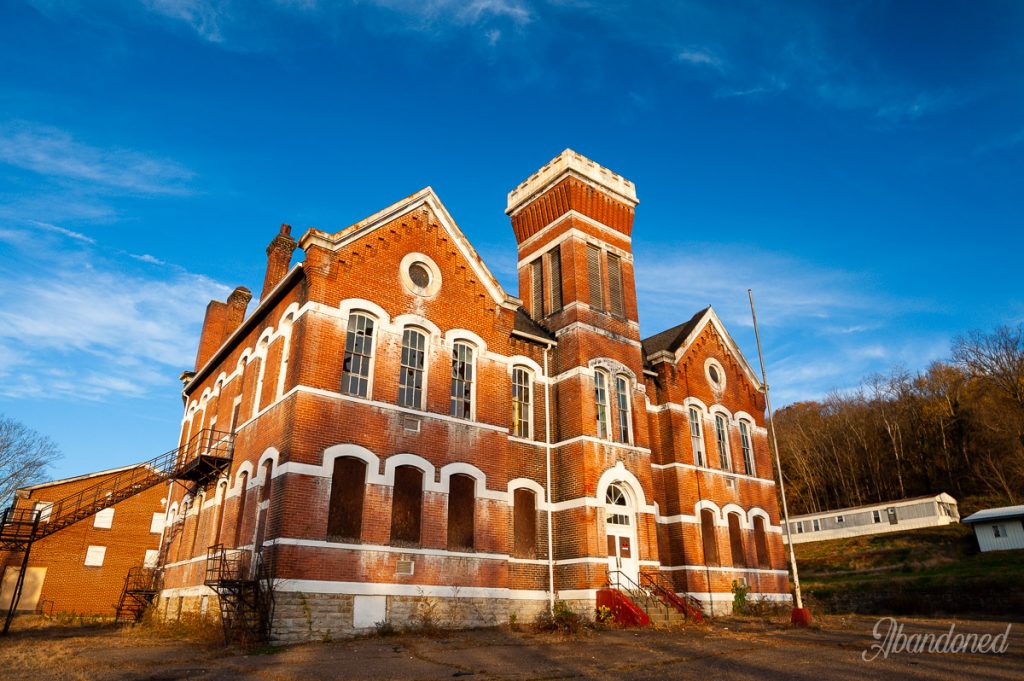 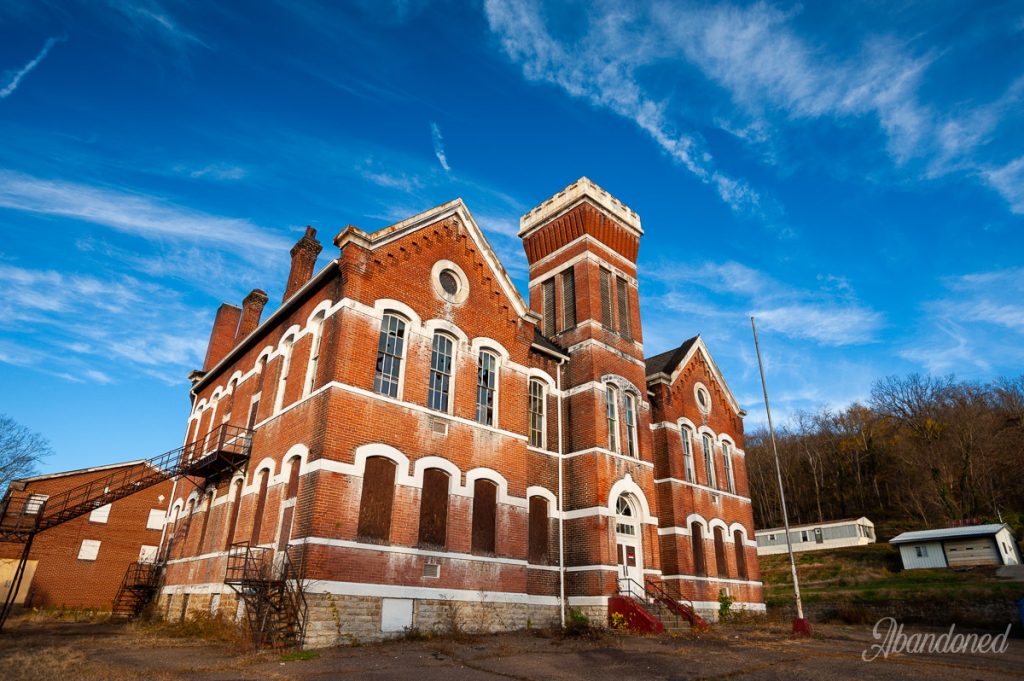 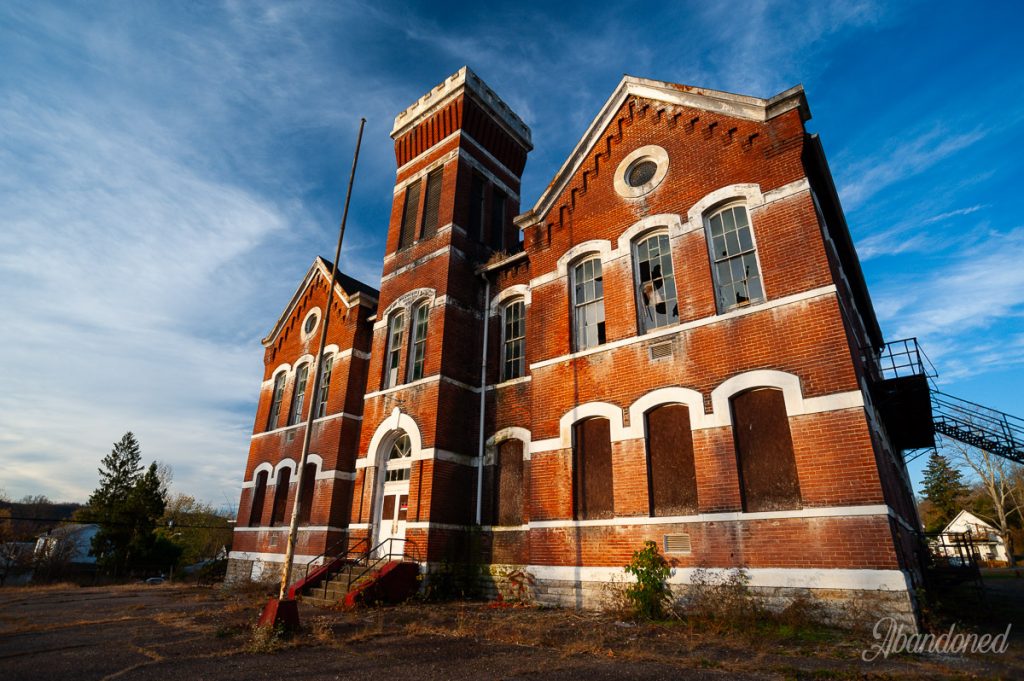 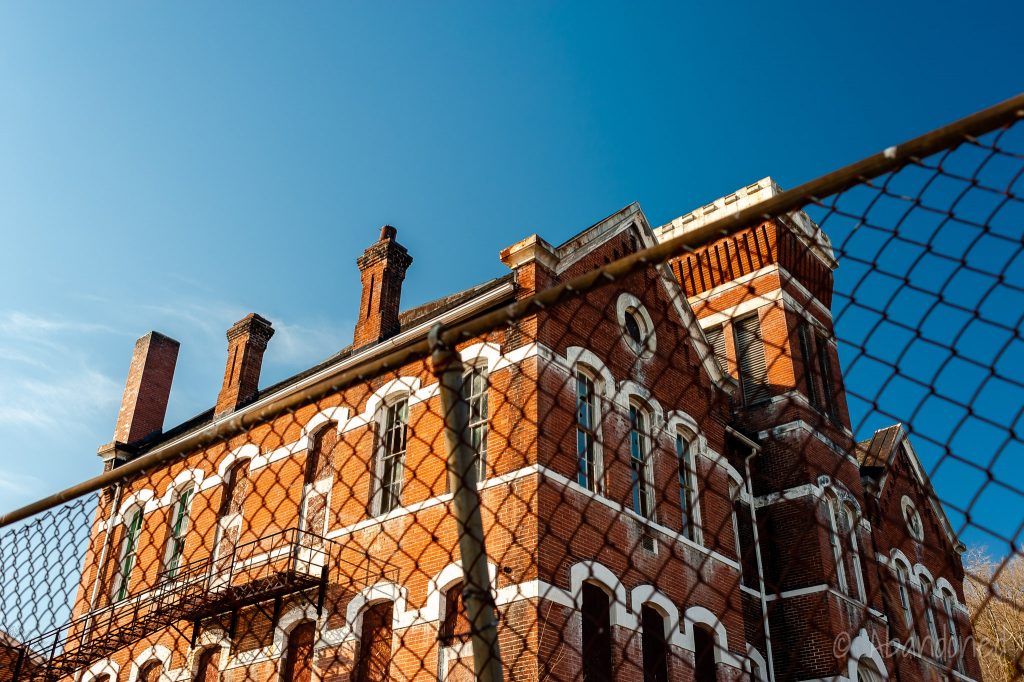 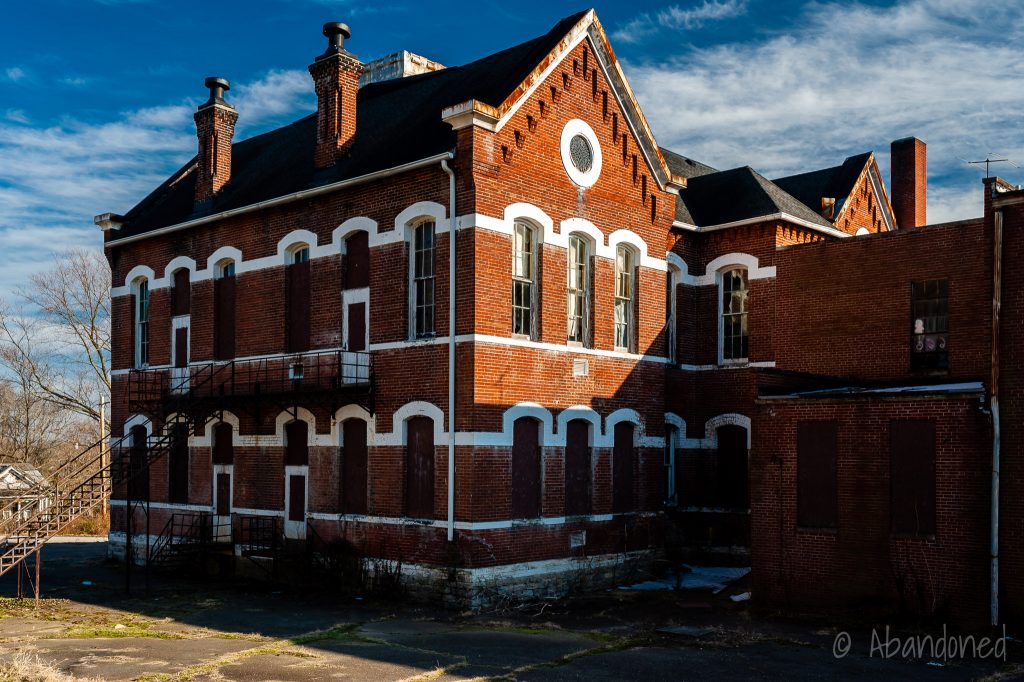 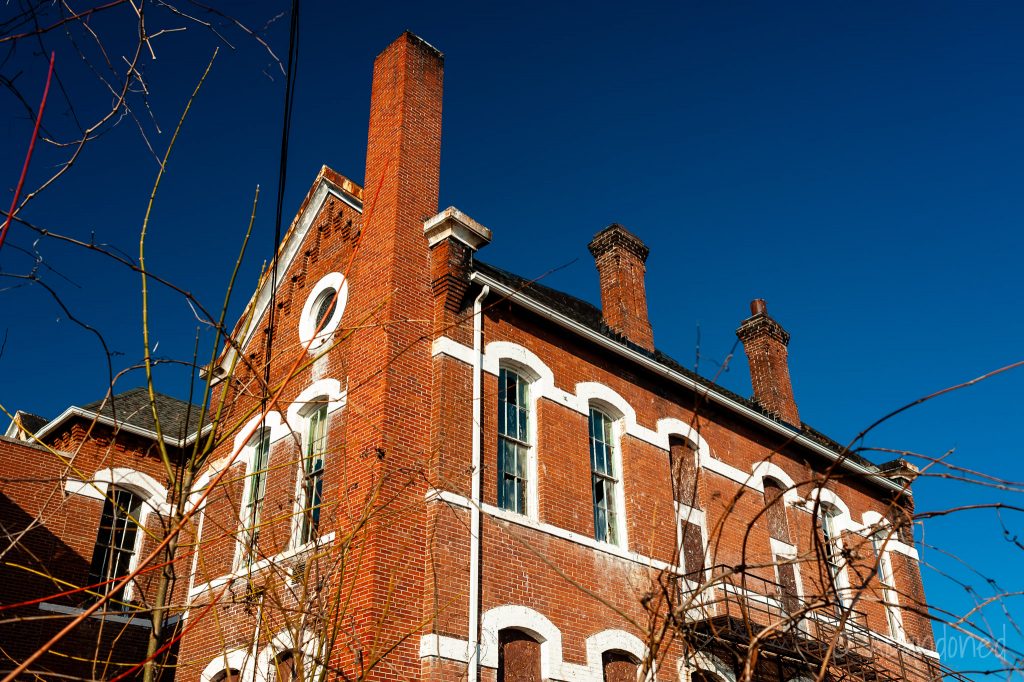 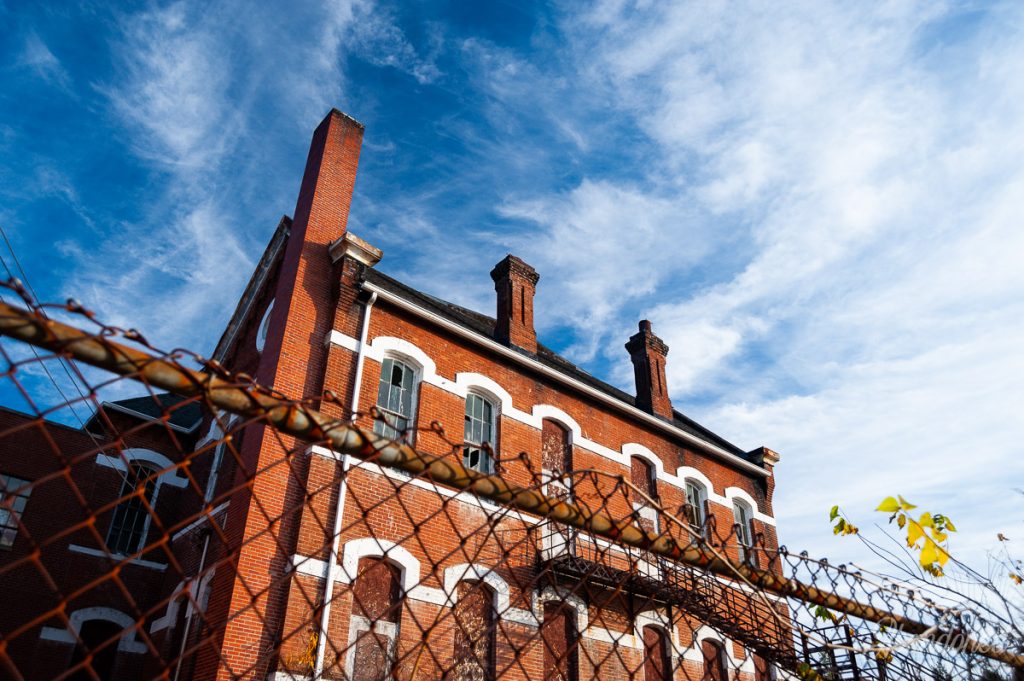 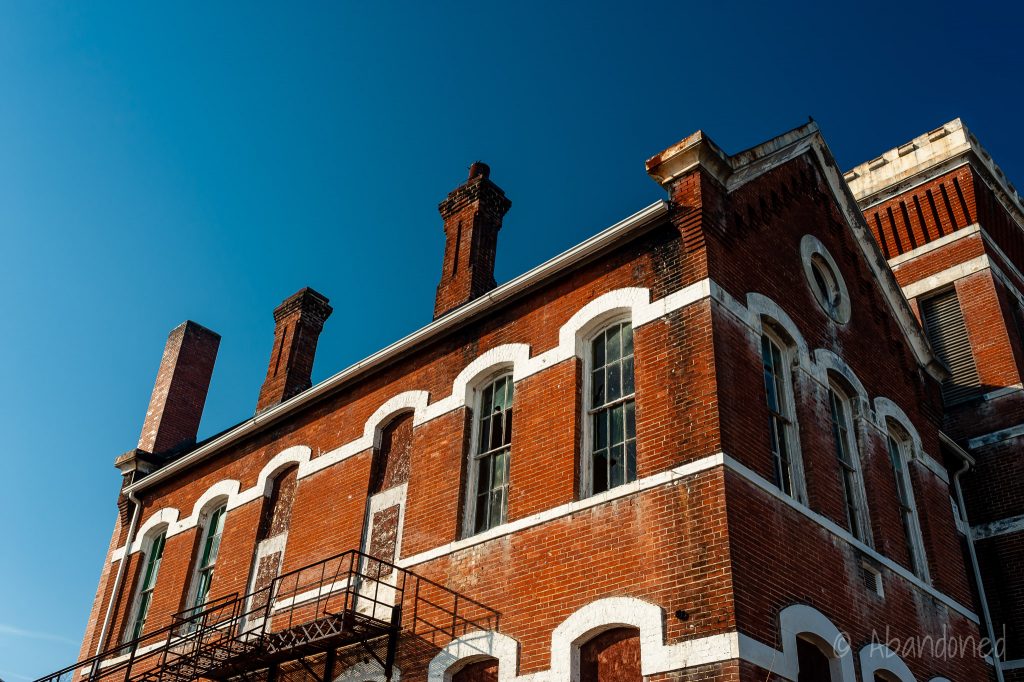 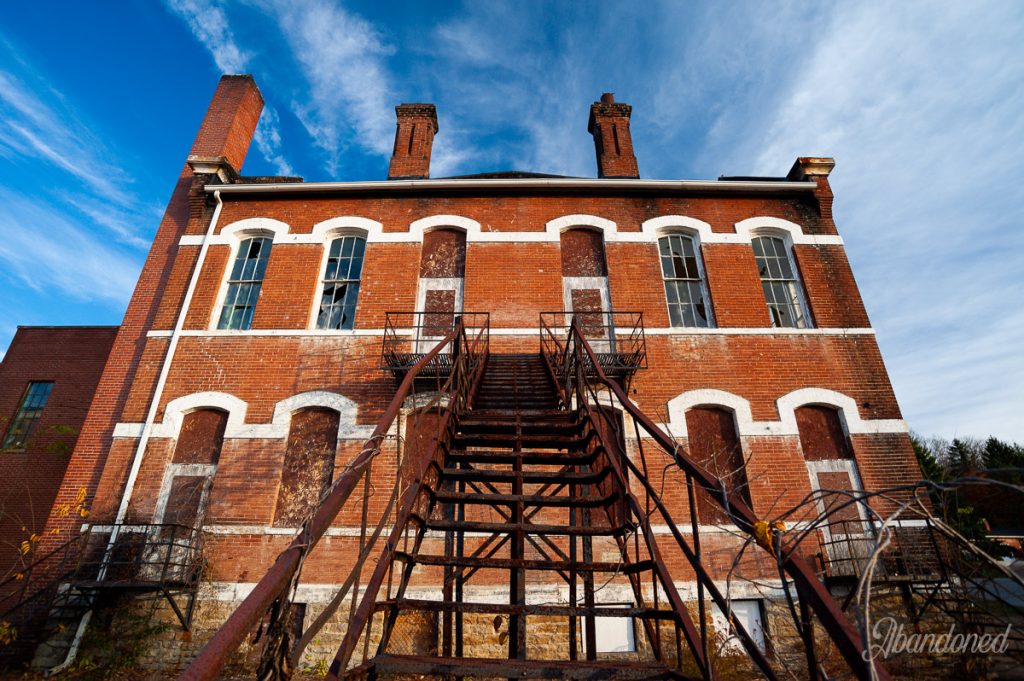 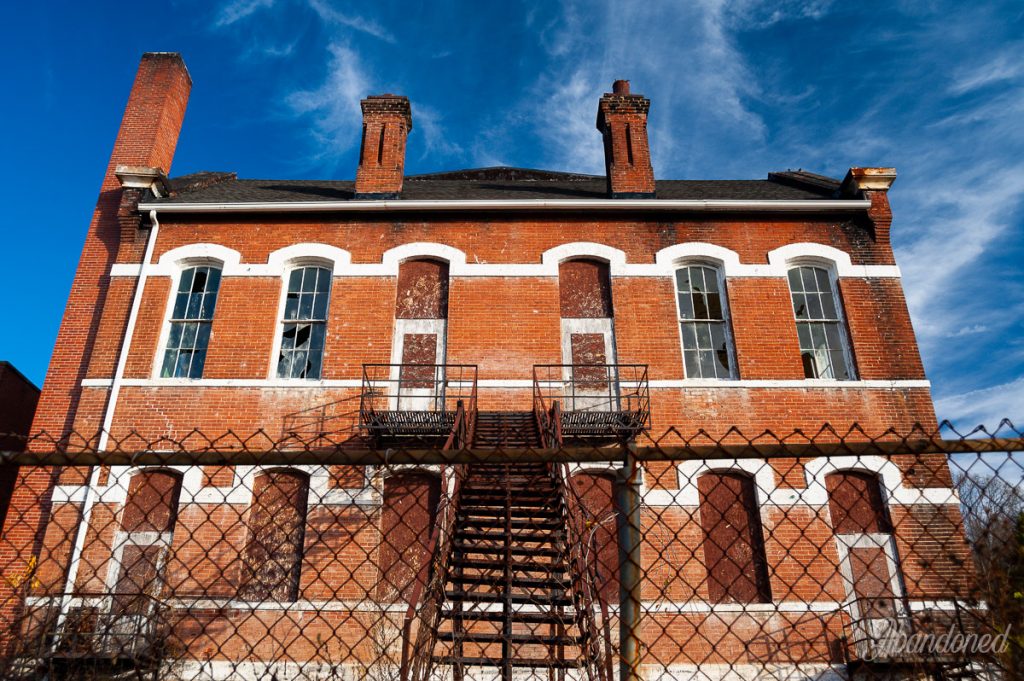 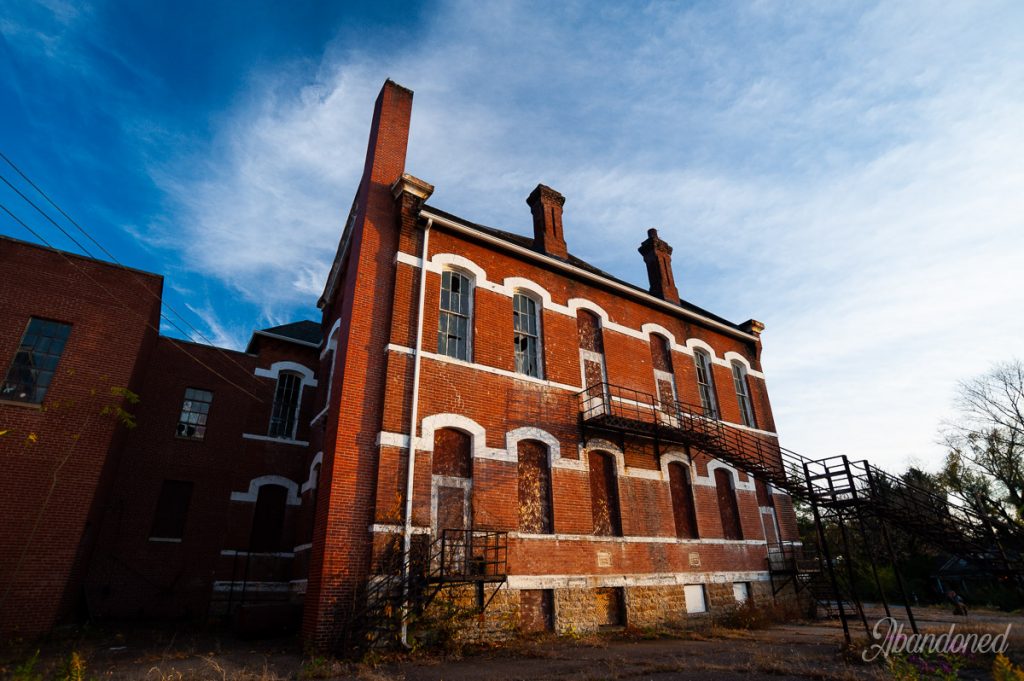 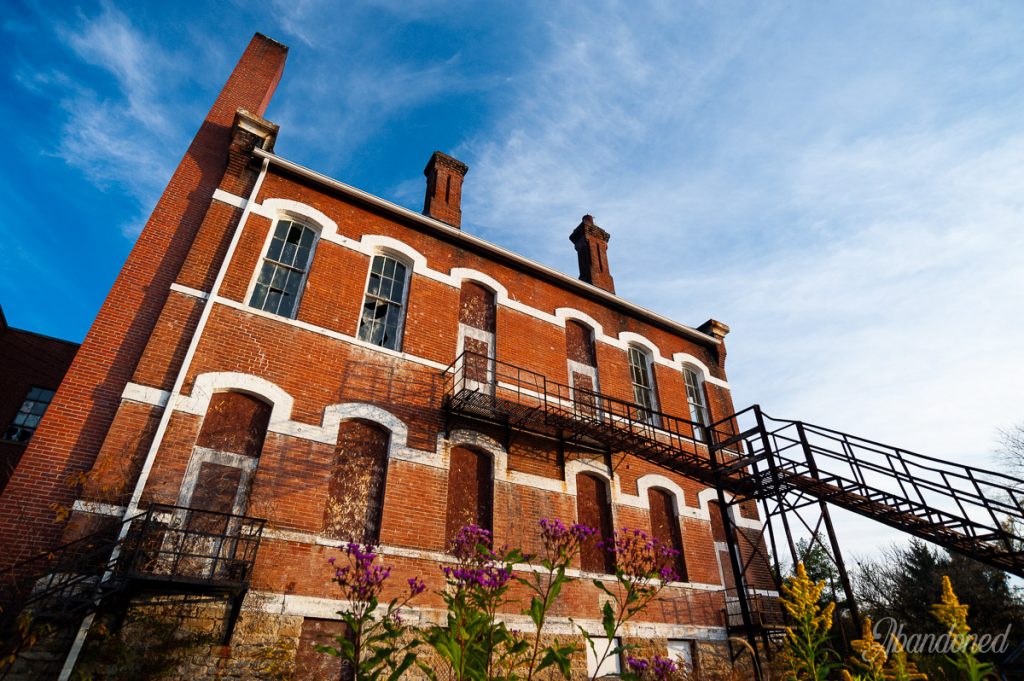 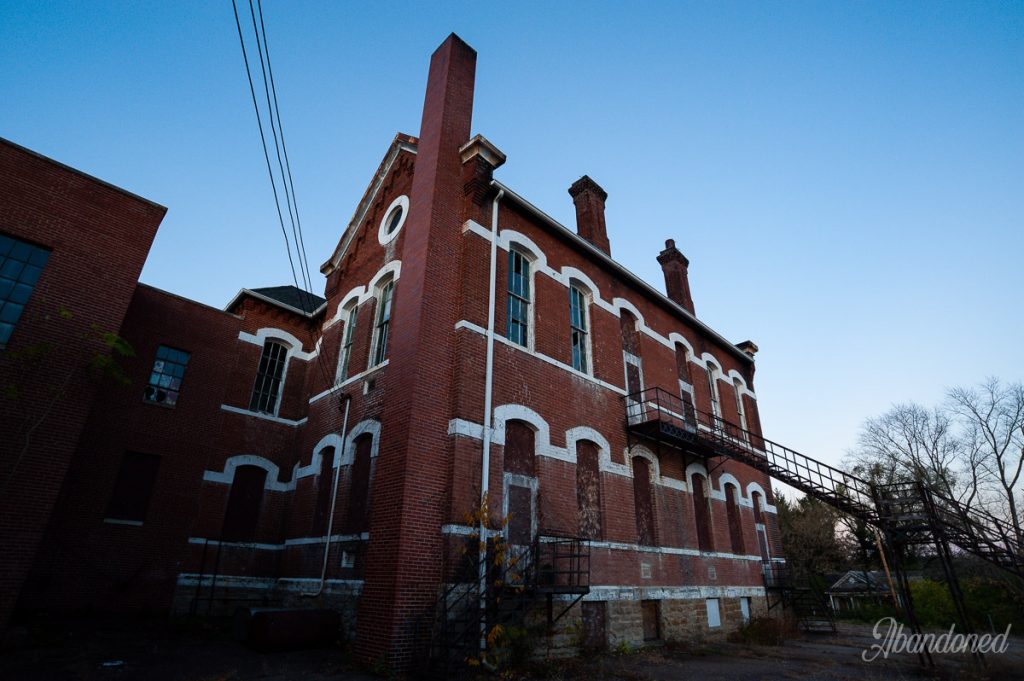 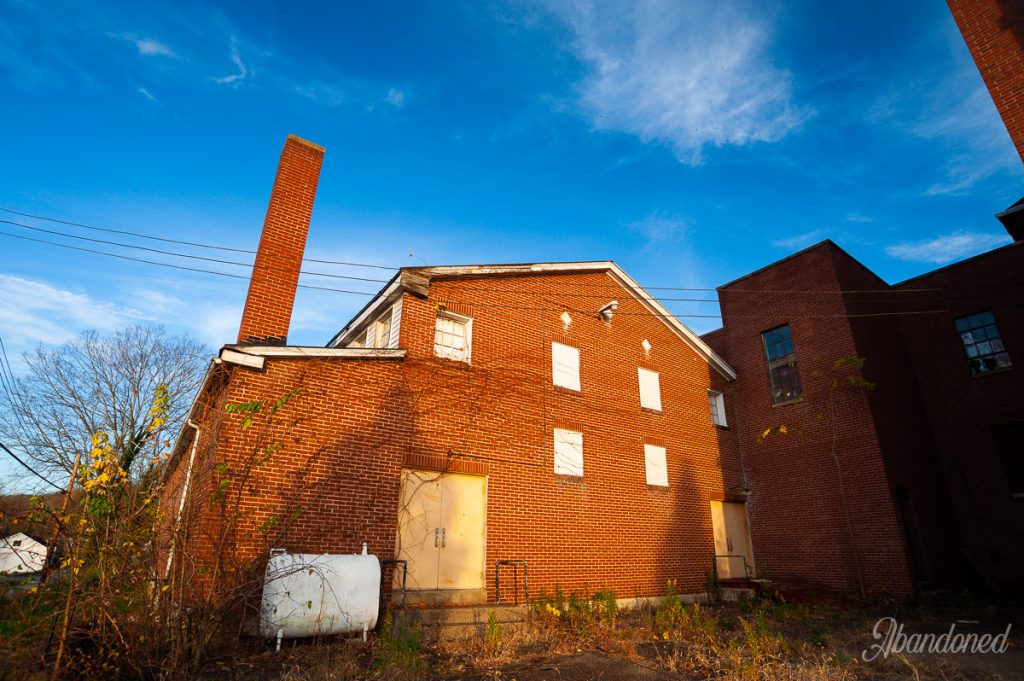 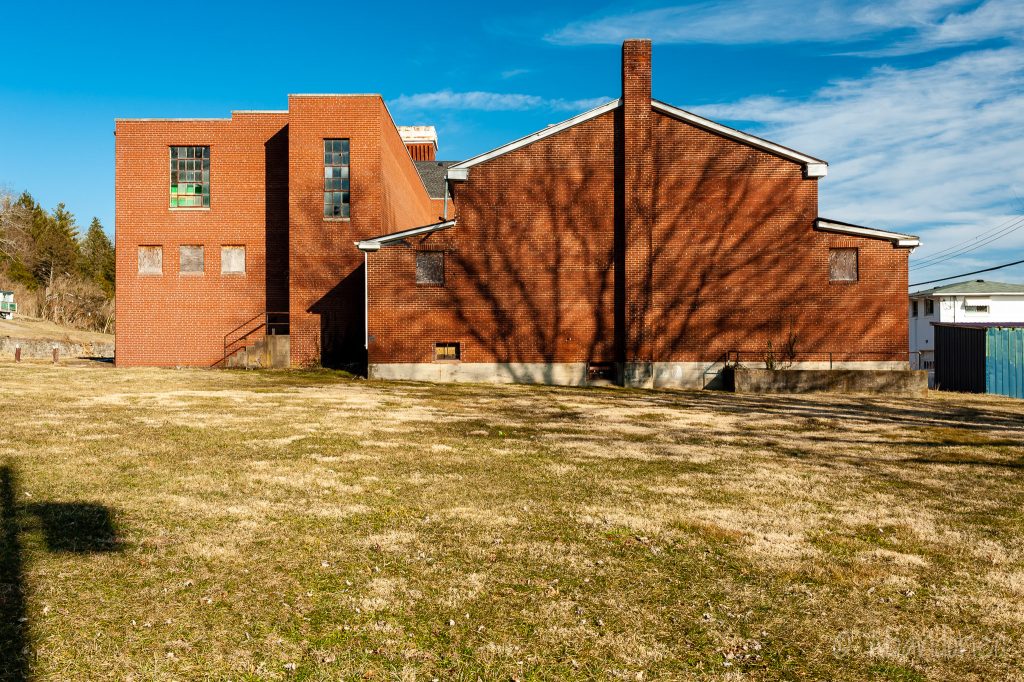