Horace Burgess’ Treehouse, also known as the Minster’s Treehouse, was a treehouse and church in Crossville, Tennessee. Work on the treehouse began in 1993. It was closed to the public in 2012 and burned to the ground in October 2019.

Horace Burgess, a local minister and landscape architect in Crossville, constructed a small treehouse for his son, Kevin, in 1986. 9 The hideaway soon grew into a four-level, six-room home encompassing 2,300 square-feet, towering 50-feet above the ground and supported by two white oak trees and a few pines. The project cost about $3,000, with most of the wood coming from scraps from construction sites where he worked at and from neighbors.

The inspiration to build a more massive treehouse came to Burgess as he laid in bed in 1993. 2 11 Burgess, who had been going through a rough patch in life, stated that God had shown him the plans of the treehouse, which included art on the wall and an elevator.

“If you build a tree house, I’ll see that you never run out of material.” 1

Over the period of twelve years, Burgess erected a 97-foot-tall treehouse. 3 11 It was supported by an 80-foot-tall white oak tree and 15 other trees, 258,000 nails driven by a nail gun, and 500 penny nails driven by hand. 2 A belfry contained ten bells that were crafted out of ten oxygen-acetylene canisters weighing 5,700 pounds. 11 The treehouse doubled as a church where Burgess officiated 23 weddings. 2 When not used for service, the sanctuary doubled as a basketball court. 4 11

Because of its unique construction and its unofficial status as the world’s largest treehouse, Burgess’ wooden contraption became a tourist attraction 5 attracting up to 1,000 visitors per week. 10

“You’re above all your situations, circumstances, for a moment. Your eyes can see over all the stuff that’s under you.”
– Horace Burgess 2

On August 7, 2012, a state fire marshal performed an inspection on Burgess’ treehouse and ordered it closed as a safety precaution at the end of the month. 10 The state noted that it was 60 feet over code, did not have a fire alarm or sprinkler system and was not designed by a licensed architect. 2 6 7 10

In March 2018, the treehouse and its accompanying 139 acres of land were put up for sale with an asking price of $1.5 million. 12 On October 22, 2019, the treehouse and its supporting trees were burned to the ground with no cause determined. 7 8 Because of the all-wood construction, the inferno lasted just 15 minutes. 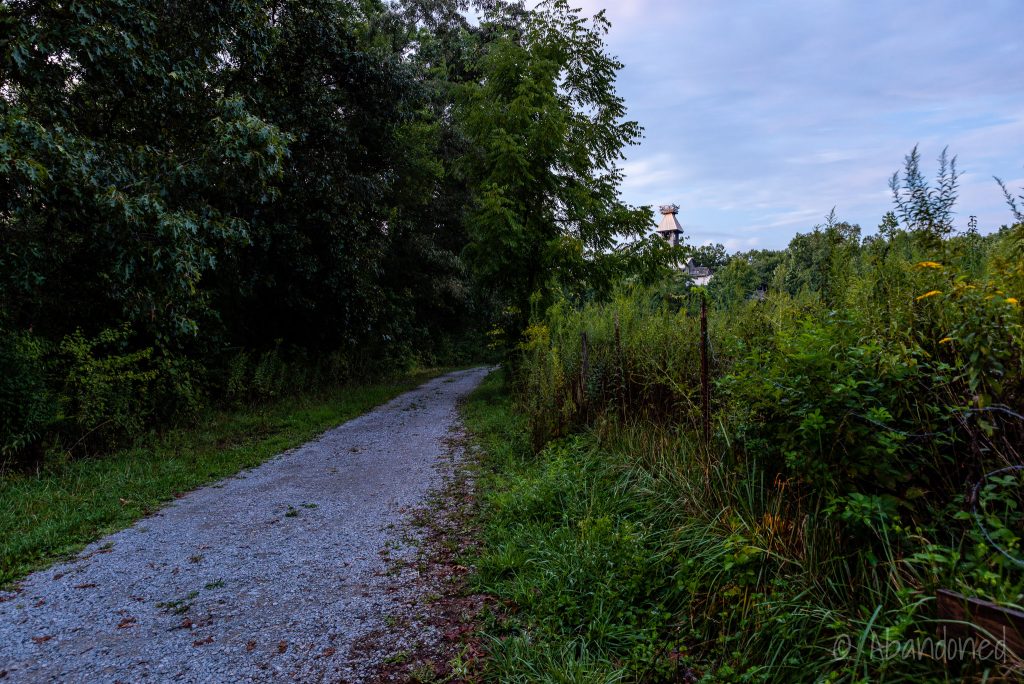 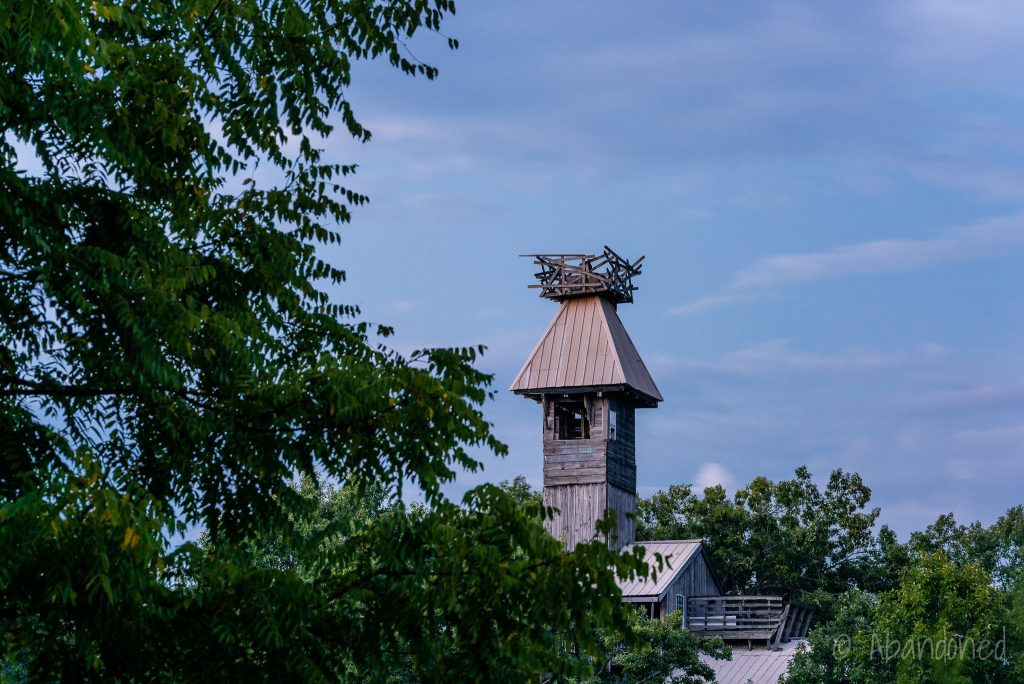 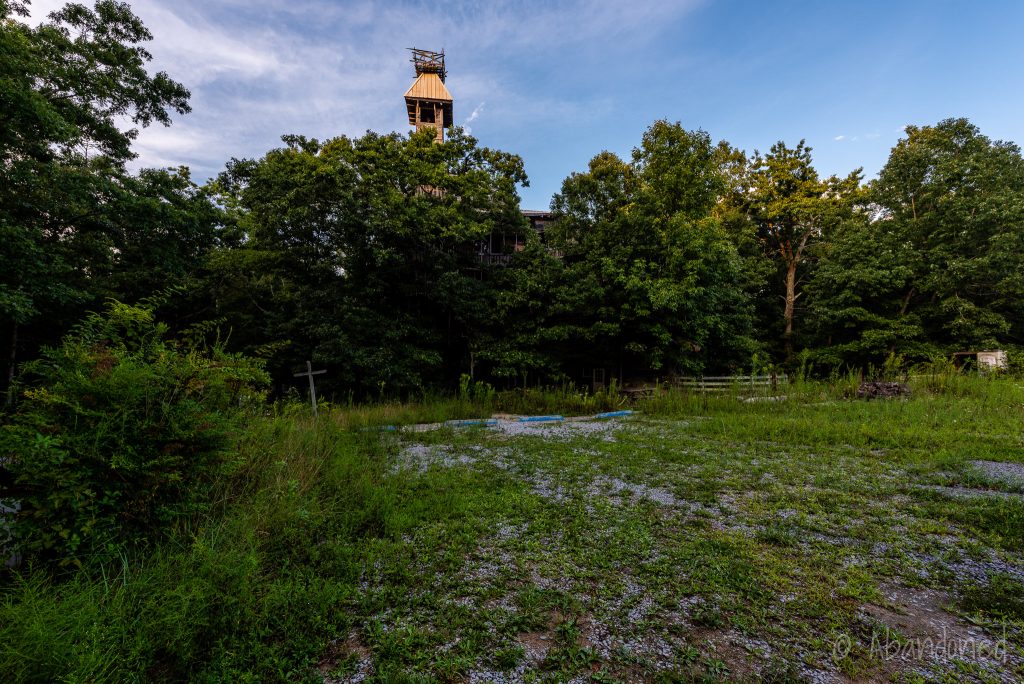 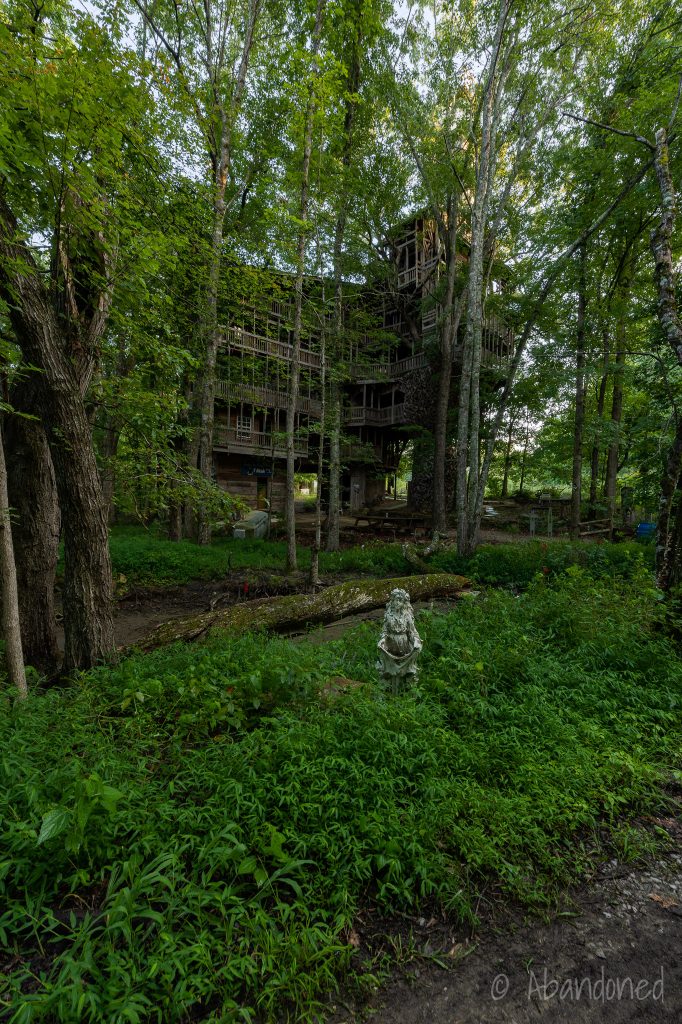 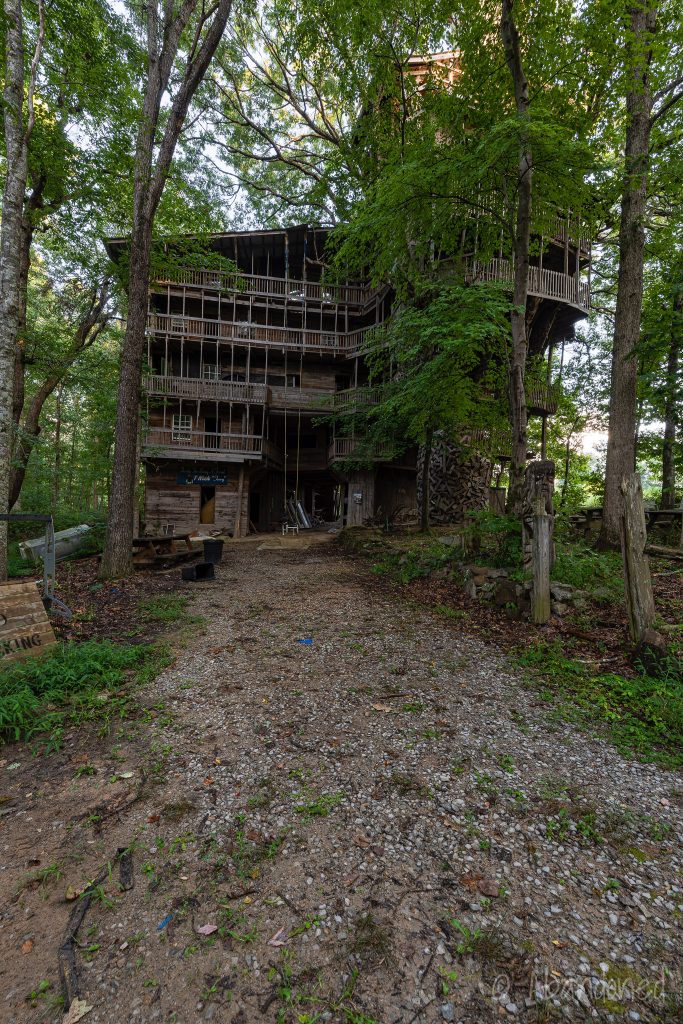 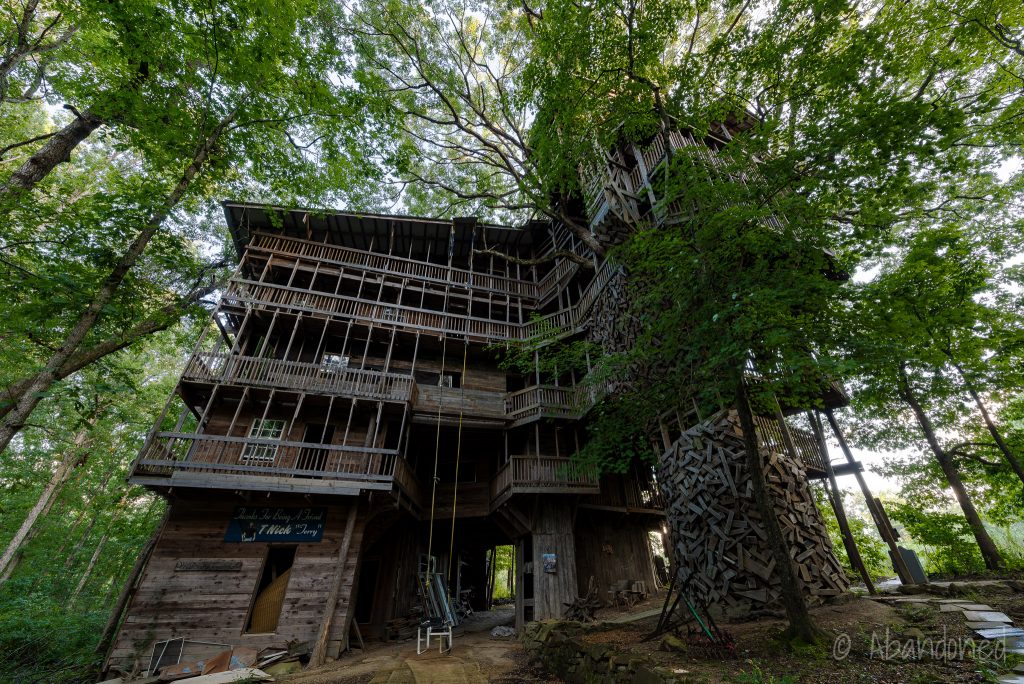 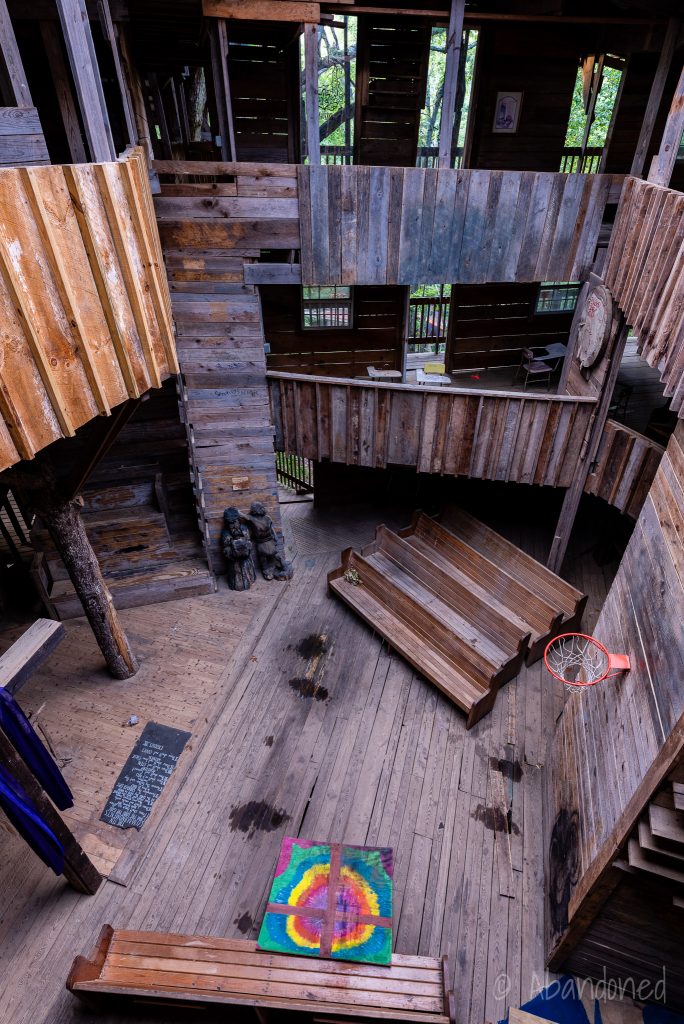 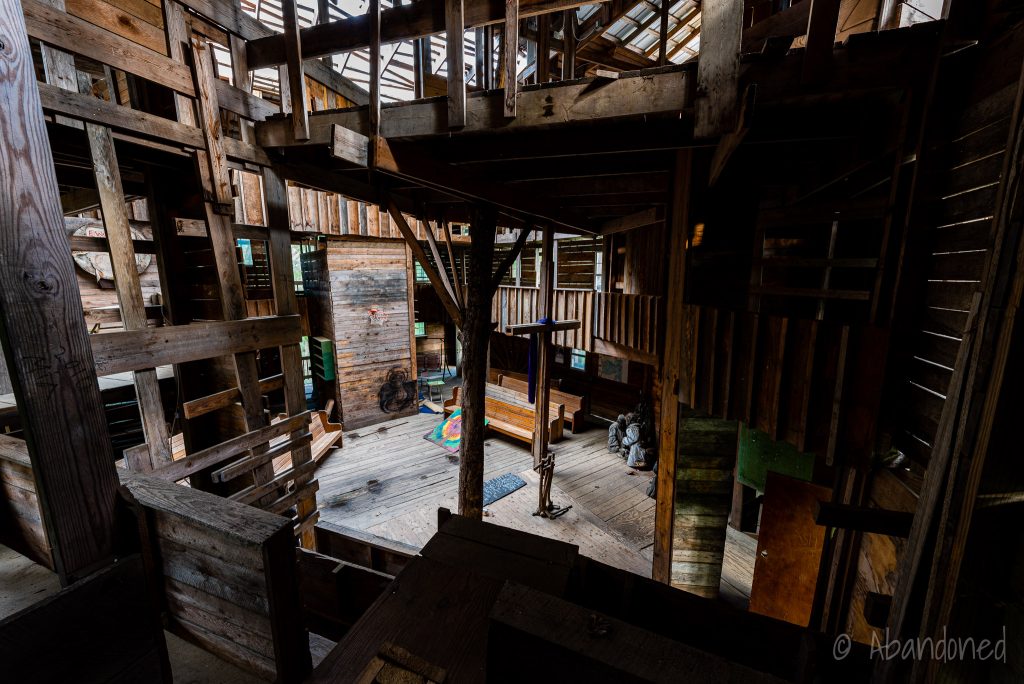 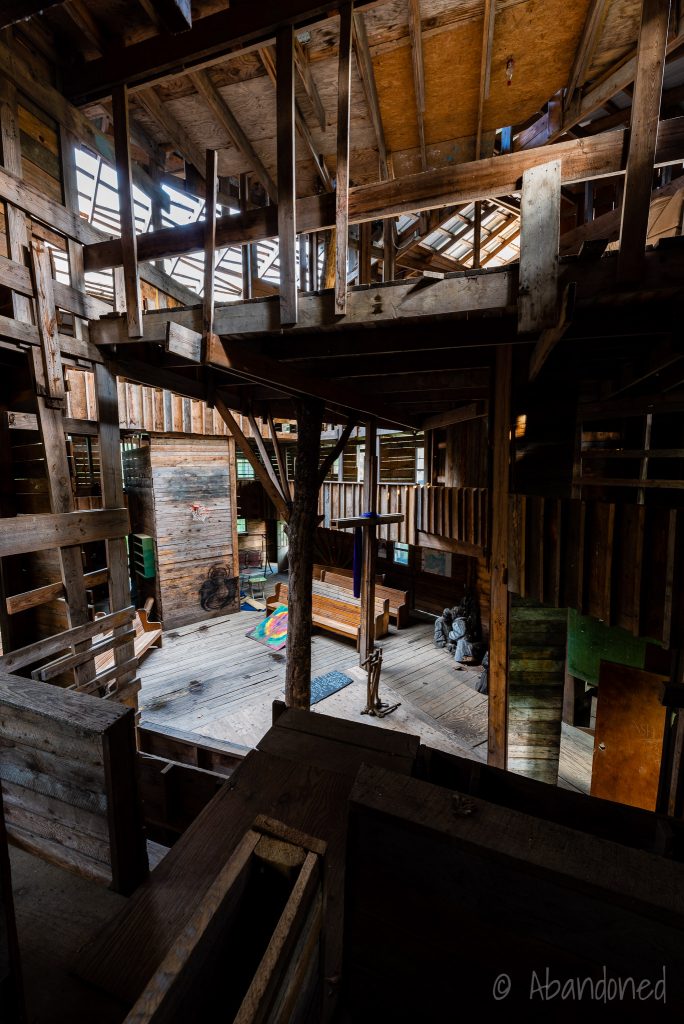 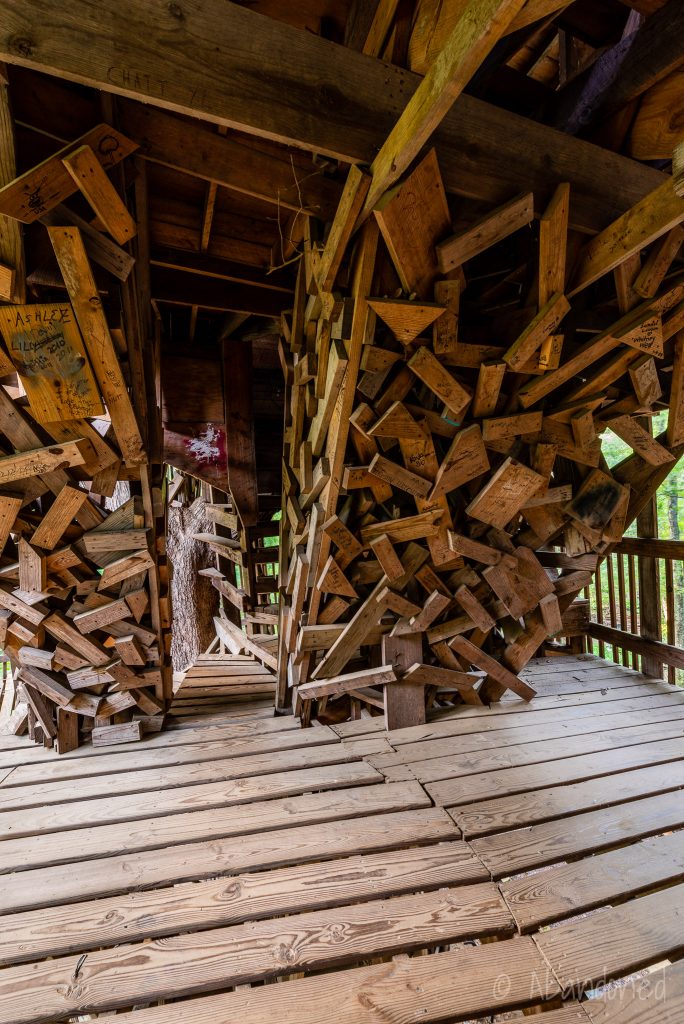 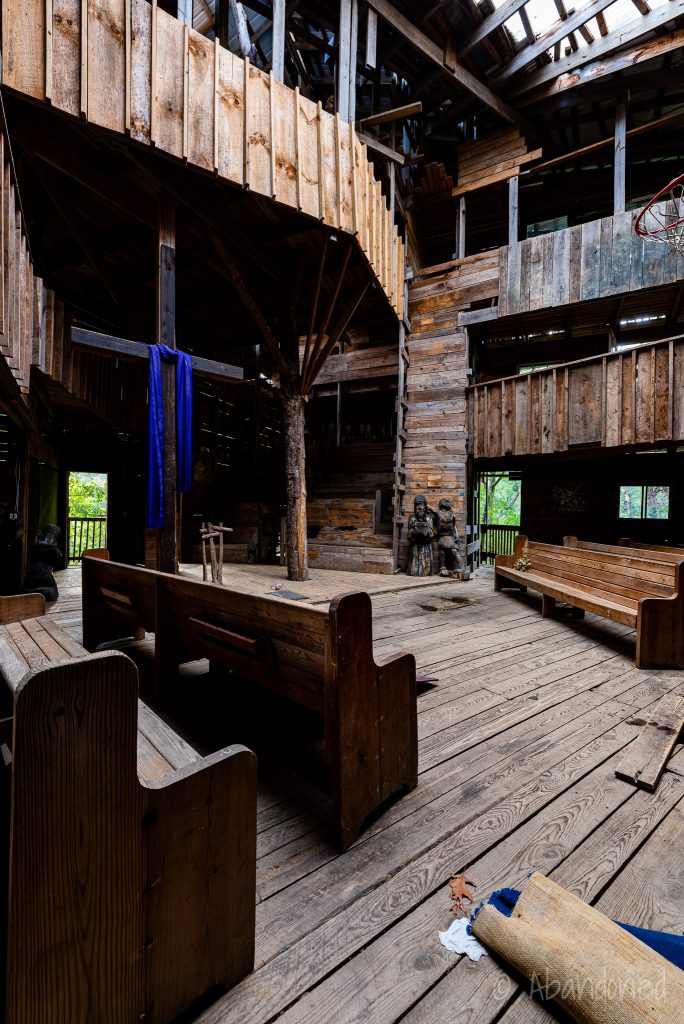 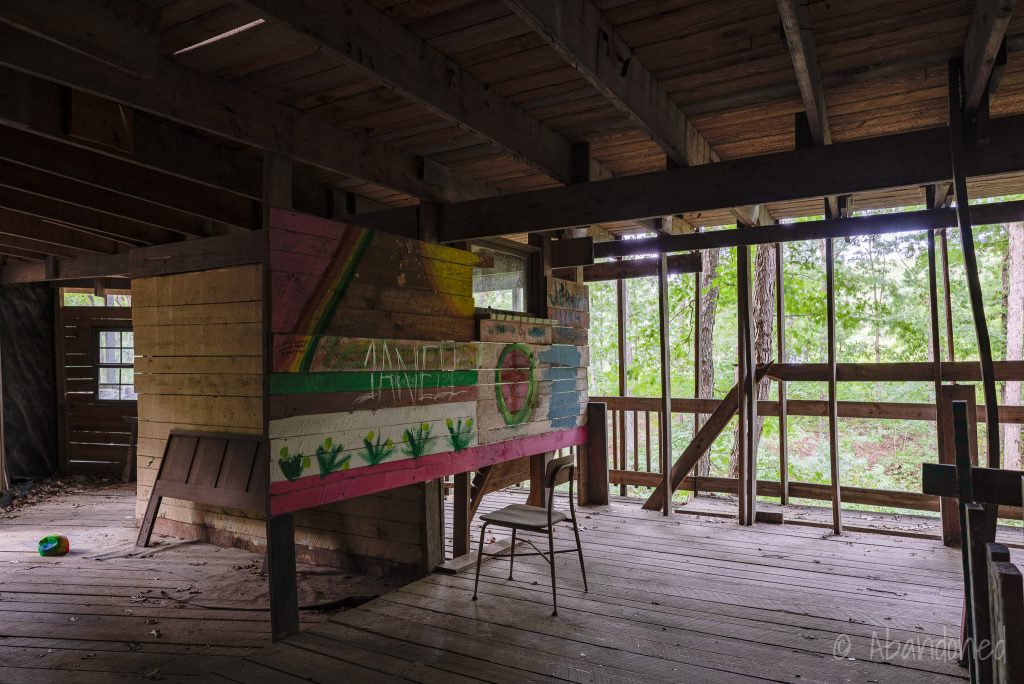 There is a lot of commonality between Youngstown, Ohio and the Ohio River valley that I grew up within near Ironton. Both are areas that have experienced major employment losses, either due to a decli…
END_OF_DOCUMENT_TOKEN_TO_BE_REPLACED
Category ExplorationsPosted on March 4, 2014July 21, 2014

Years ago, I often went to the mammoth Huntington Mall in Barboursville, West Virginia. It was the largest shopping center in the largest in the state - and also its busiest. The mall was dated, coate…
END_OF_DOCUMENT_TOKEN_TO_BE_REPLACED
Category NewsPosted on July 2, 2014April 22, 2015

Partial demolition is well underway at Ironton, Ohio's Memorial Hall. Constructed by the Yost and Packard firm of Columbus, Ohio in 1892 to honor Civil War veterans, the stone and brick building was d…
END_OF_DOCUMENT_TOKEN_TO_BE_REPLACED
Category EventsPosted on June 23, 2014July 25, 2014