January & Wood Company is a former cotton mill at West Second Street in Maysville, Kentucky. It closed in 2003.

William Shotwell constructed a cotton mill near West Second Street in Maysville in 1834, which was acquired by William Gosling in 1838 and Richard Henry Lee in 1844. 8 Lee expanded operations at the mill and erected a four-story building that fronted Second Street adjacent to the original building.

Andrew M. January, Christian Schultz, Thomas Mannen, and William Stillwell purchased the operation in 1848. 8 In 1849, Stillwell sold his interest to Henry Cutter, and in 1851, January and Benjamin W. Wood purchased the interests of Schultz, Mannen, and Cutter and formed a partnership under the name January and Wood. After January died in June 1877, his interests were purchased by Andrew January Grundy and his daughter, Harriet January Cochran. 8

The cotton mill was formally incorporated in 1888 as the January & Wood Company with a capital stock of $200,000 and became known for its high-grade cordage, twines, and Maysville Carpet Warp. 8 Owing to the inability to secure cotton during the American Civil War, the mill was closed between November 1861 to March 1862. 8

After January & Wood became the first in the nation to offer carpet warp directly to the weaver, the company was able to secure Sears Roebuck & Company as its first major commercial account in 1915. 8 Additional deals were made with the G.C. Murphy, Southern States, Ace Hardware, Woolworth’s, Kroger, Shillito’s, K-Mart, Coats and Clark, and General Motors. 9

A fire in May 1915 destroyed a cotton shed with 400 bales of raw material. 8 New electric motors, operated by the Maysville Gas and Electric Company, were installed in the powerhouse in 1918.

By the 1930s, January and Wood consumed 5,000 bales of cotton per year and was able to produce two million pounds of finished goods. 8 In the 1970s, the company expanded into synthetic fibers, including rayon and polyester, and processed over 10,000 bales of cotton, rayon, and polyester per year. 9 Changing product needs led to sales declines in the early 1980s, and many of the traditional product lines were replaced with pre-packaged goods and synthetic fibers manufactured with different types of machinery.

After becoming fiscally insolvent, January & Wood ceased operations in late 2003. 3 4 8 At the time of its closure, it was the oldest continuously operating business in the city. 6

The JT Thorpe Company, which specialized in industrial fittings, opened a branch office on the site of the former mill in August 2004. 3 6 Kelly Bradford and Jeff Schumacher purchased the former factory and a warehouse on Wall Street and formed the Cotton Mill Limited Company in April 2006 with the intention of demolishing the oldest portions of January & Wood. 2 6 The acquisition did not include the offices of JT Thorpe. Cotton Mill Limited filed for a demolition permit and demolition of the former factory began in May. 2

Work to raze January & Wood was halted on June 15 after Cotton Mill Limited had failed to notify the state’s Environmental & Public Protection Cabinet because of the presence of asbestos. 1 5 A written notice of violation was issued on June 26, which forced the company to hire a certified contractor to remove the remaining asbestos in a safe and contained manner. 5 Demolition was set to resume on November 28 but no further work was completed. 5 The property was sold to Jerry Lundergan for $220,000 on January 19, 2007, 2 and the former mill for January & Wood was cleared by the end of the year. 7 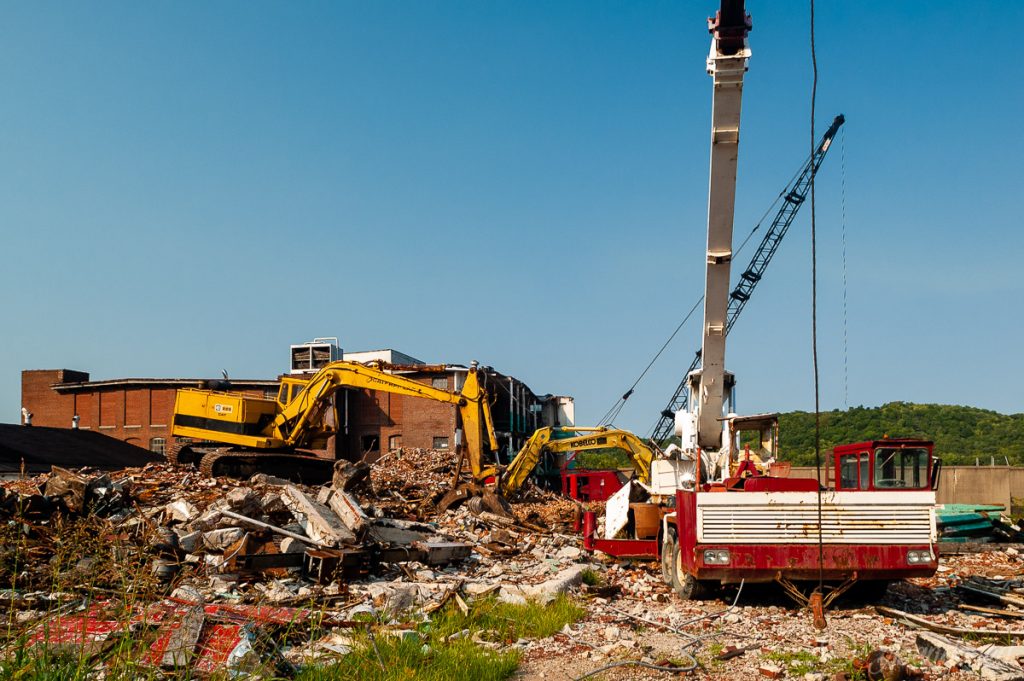 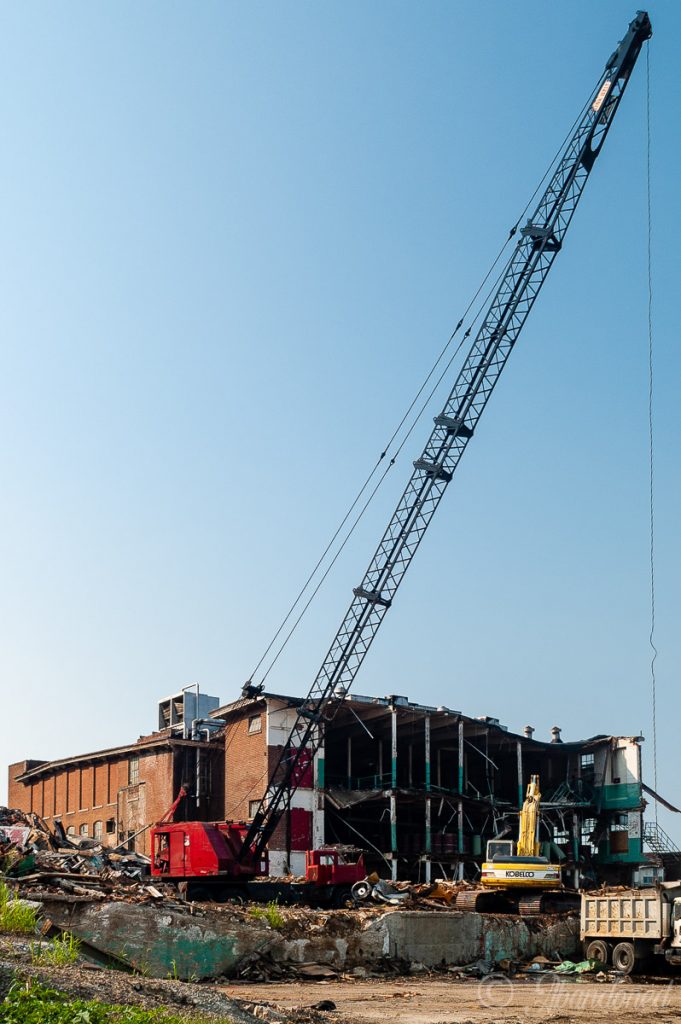 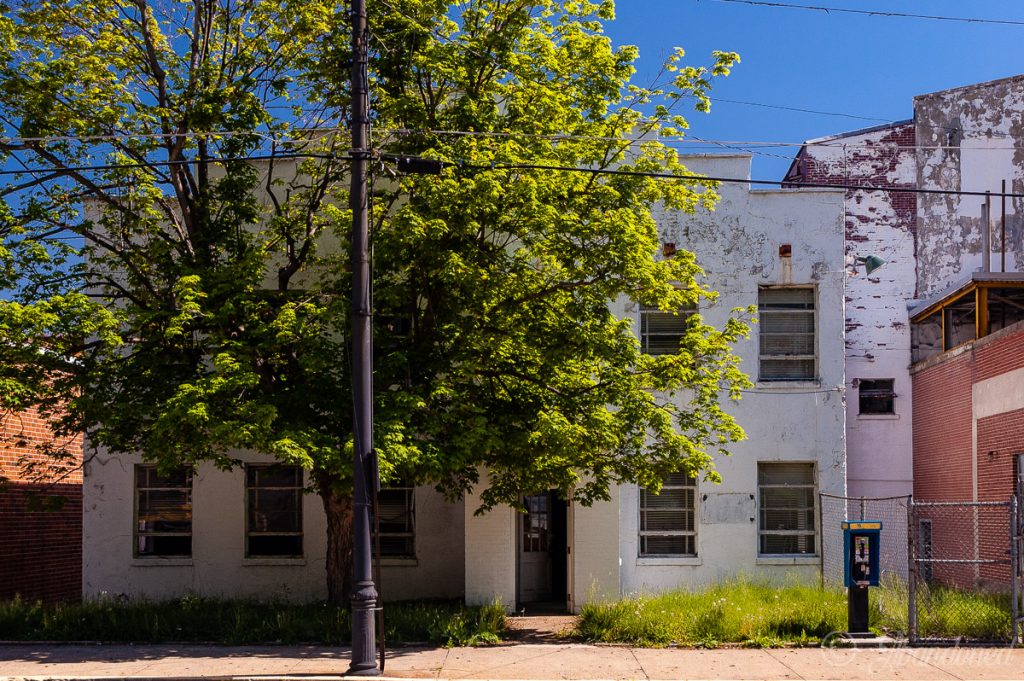 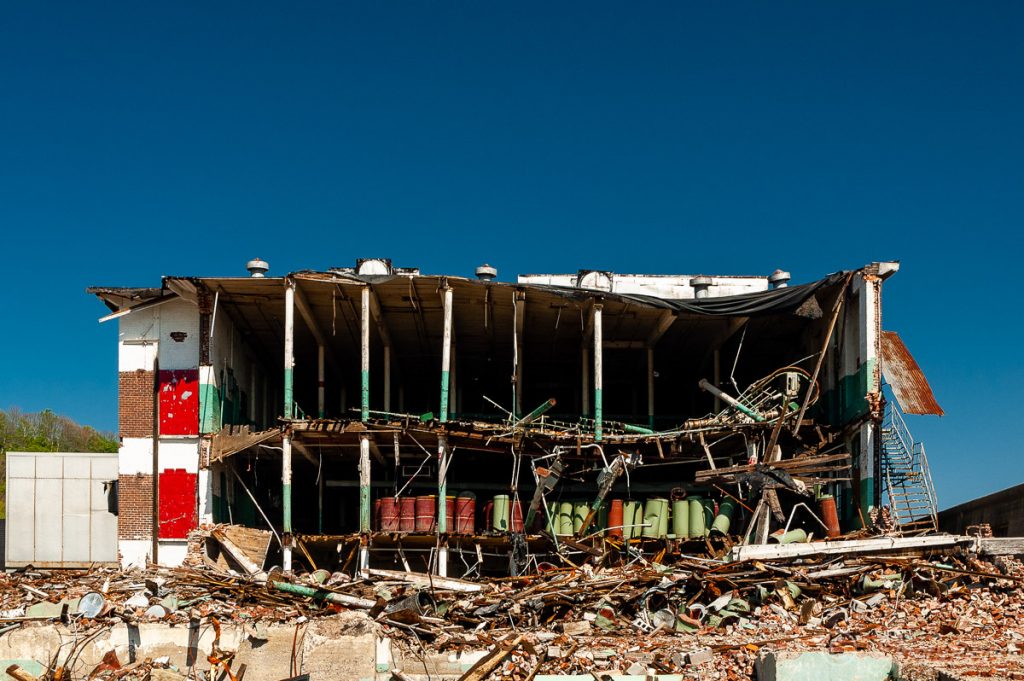 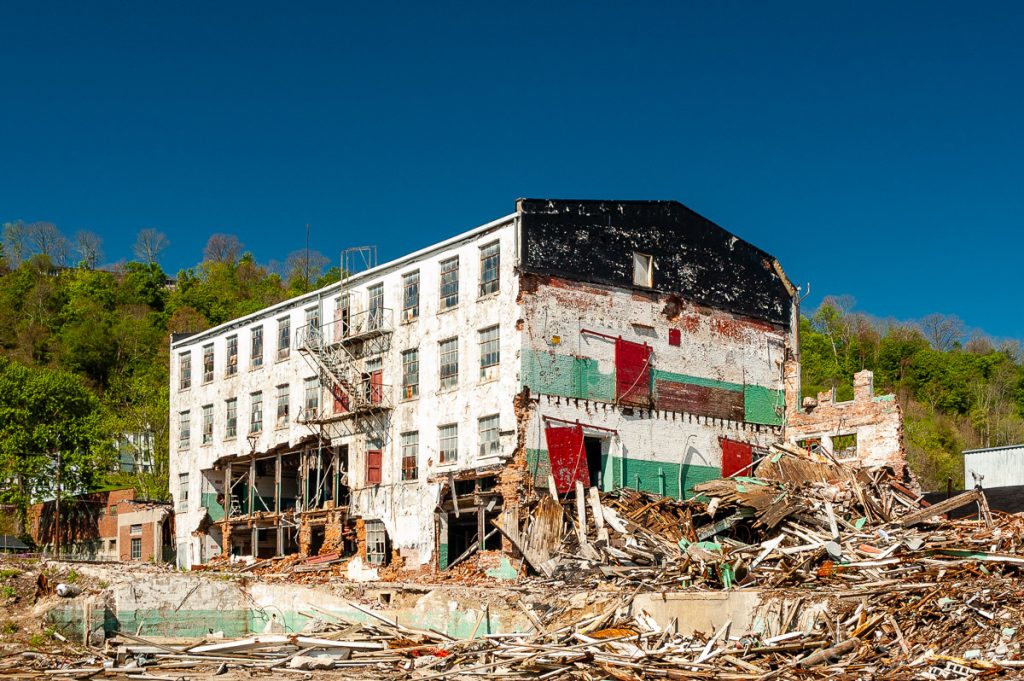 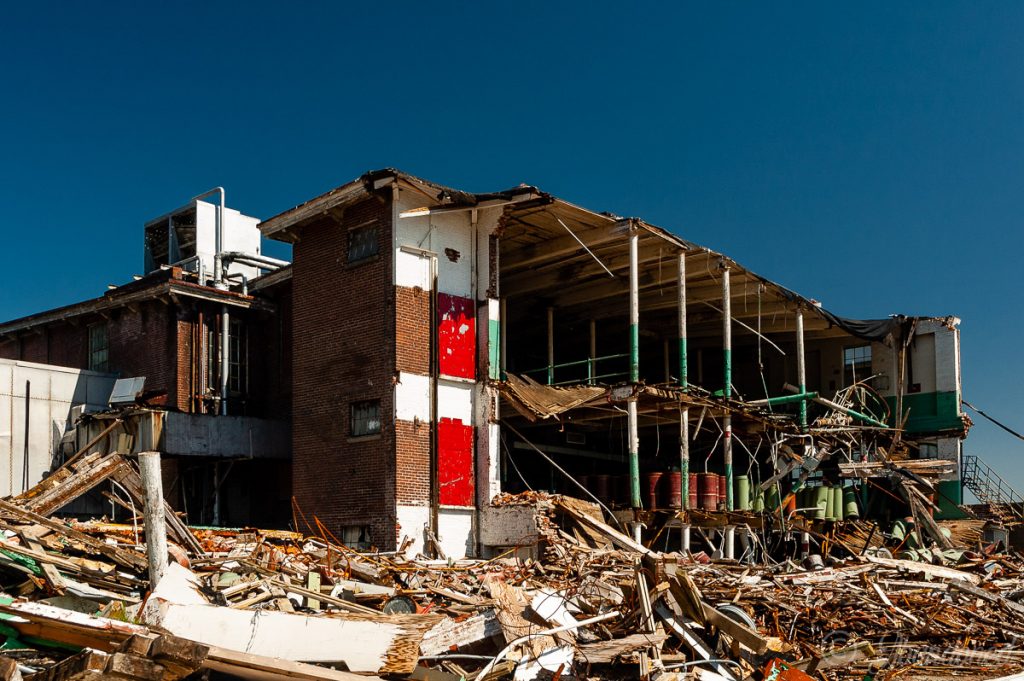 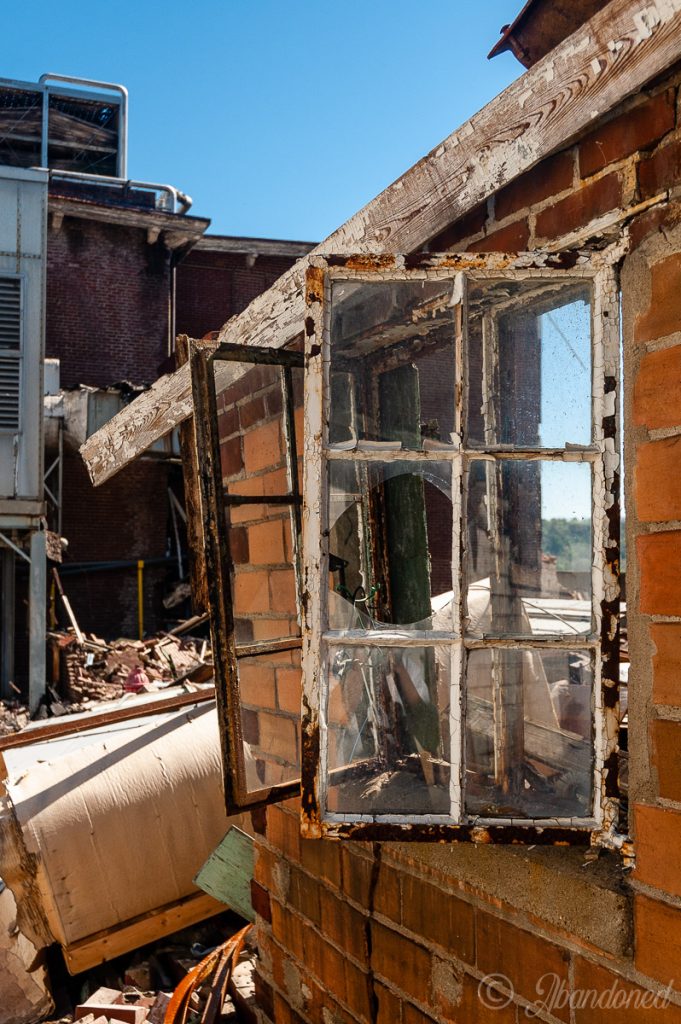 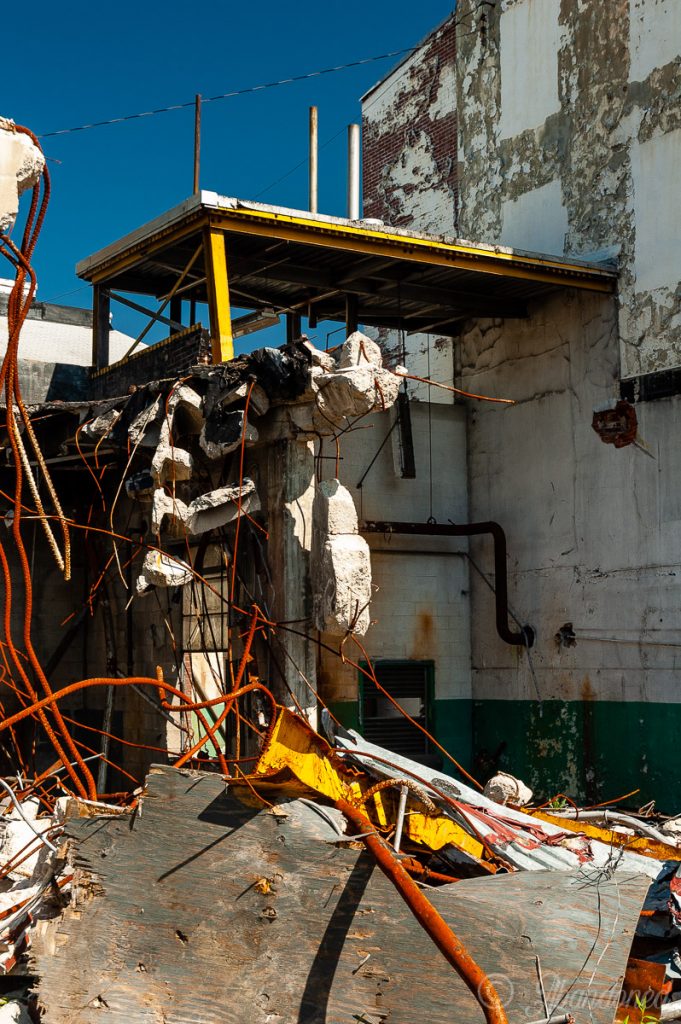 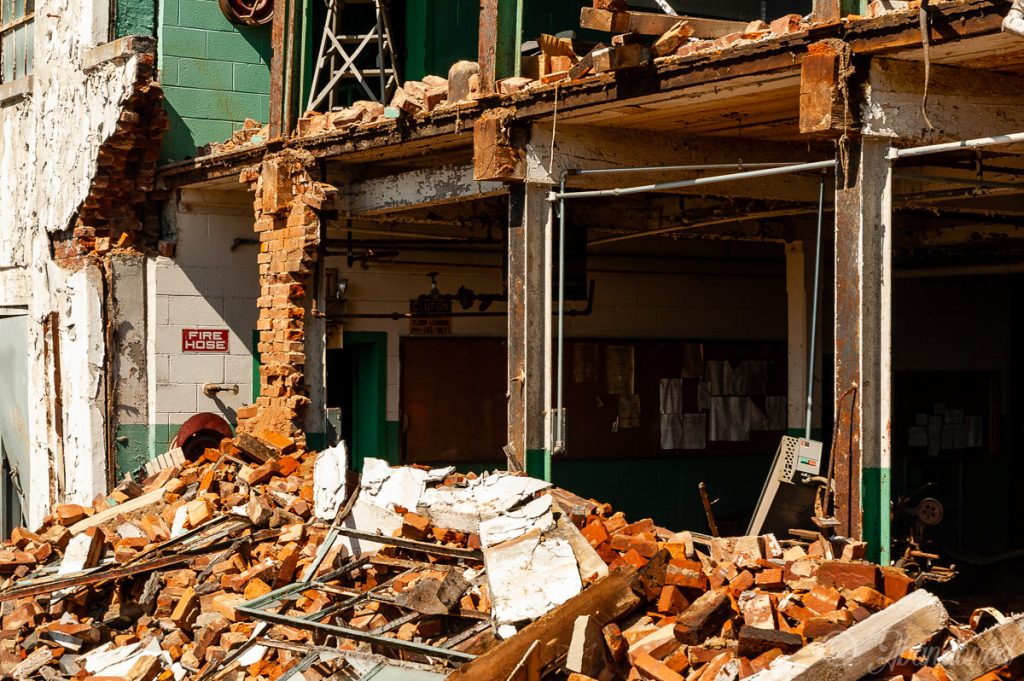 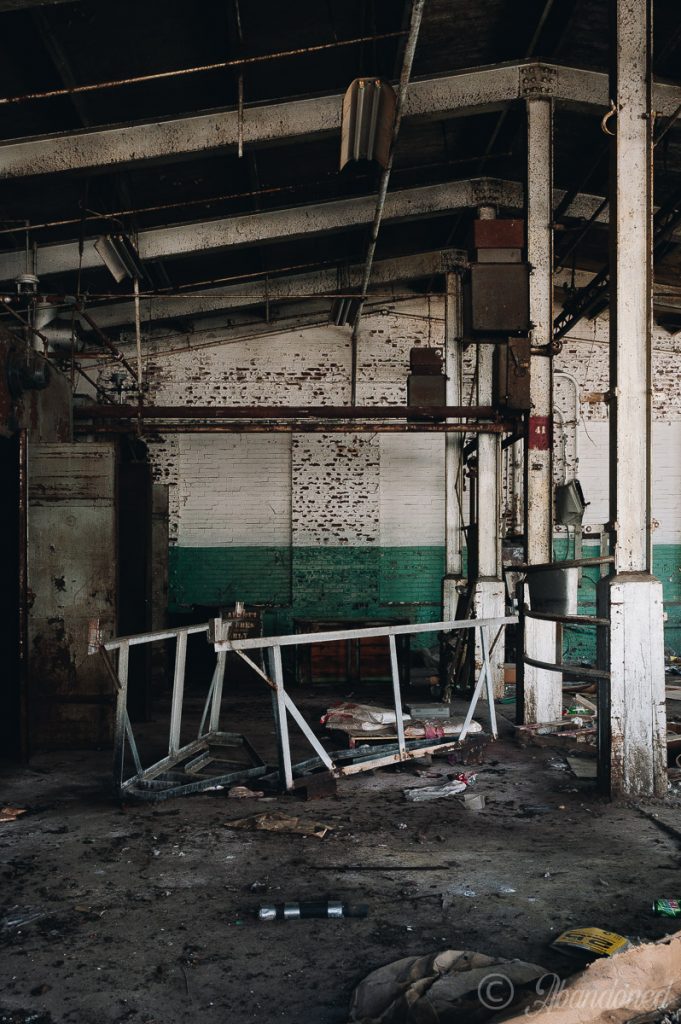 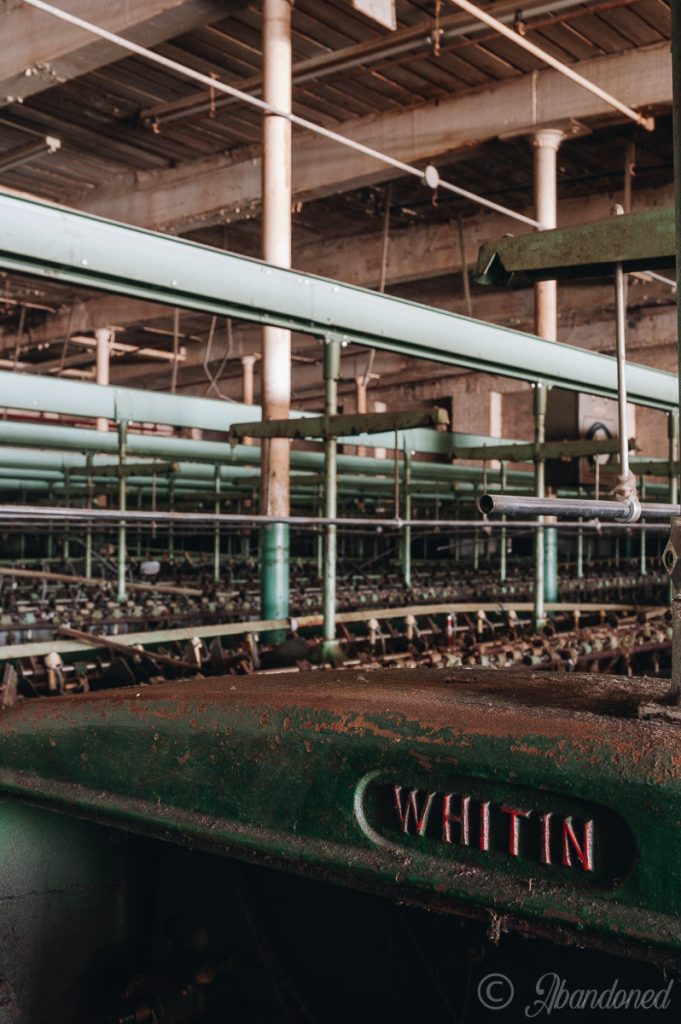 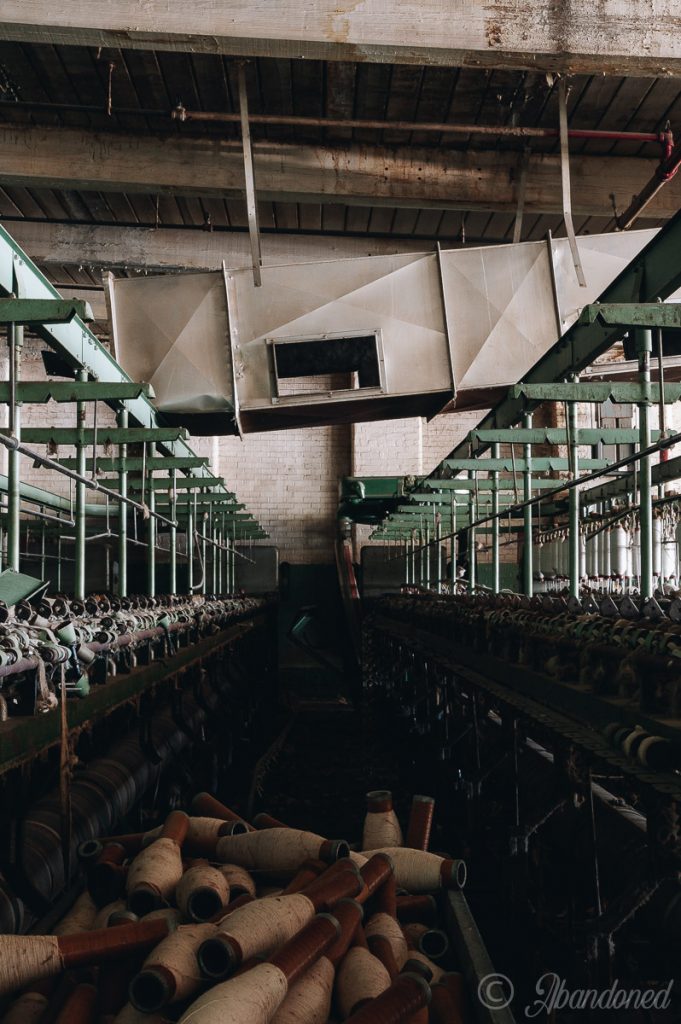 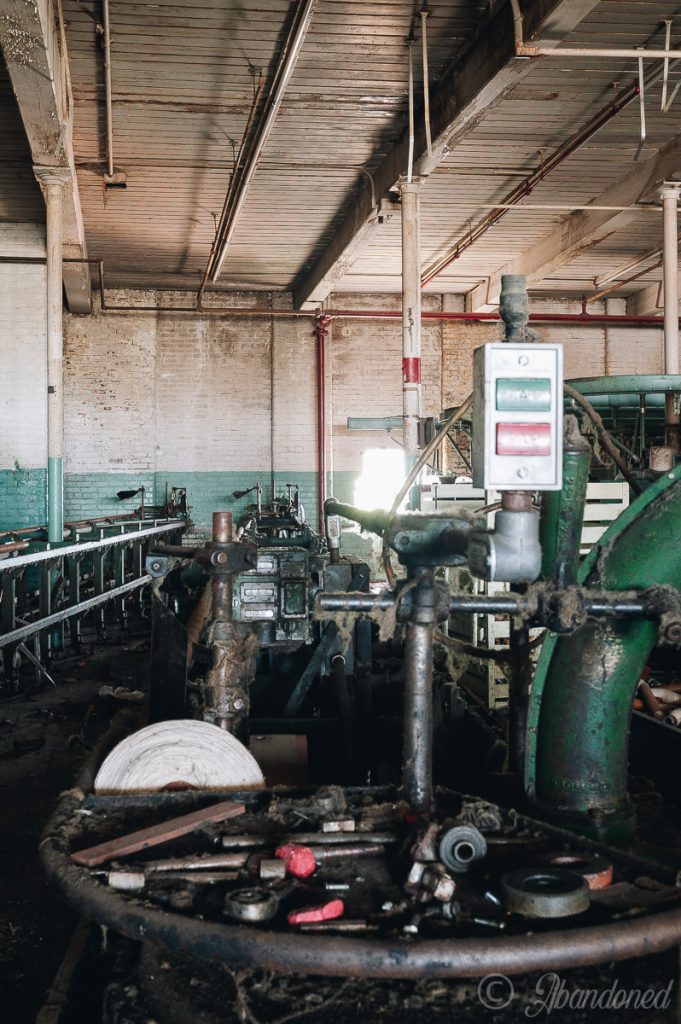 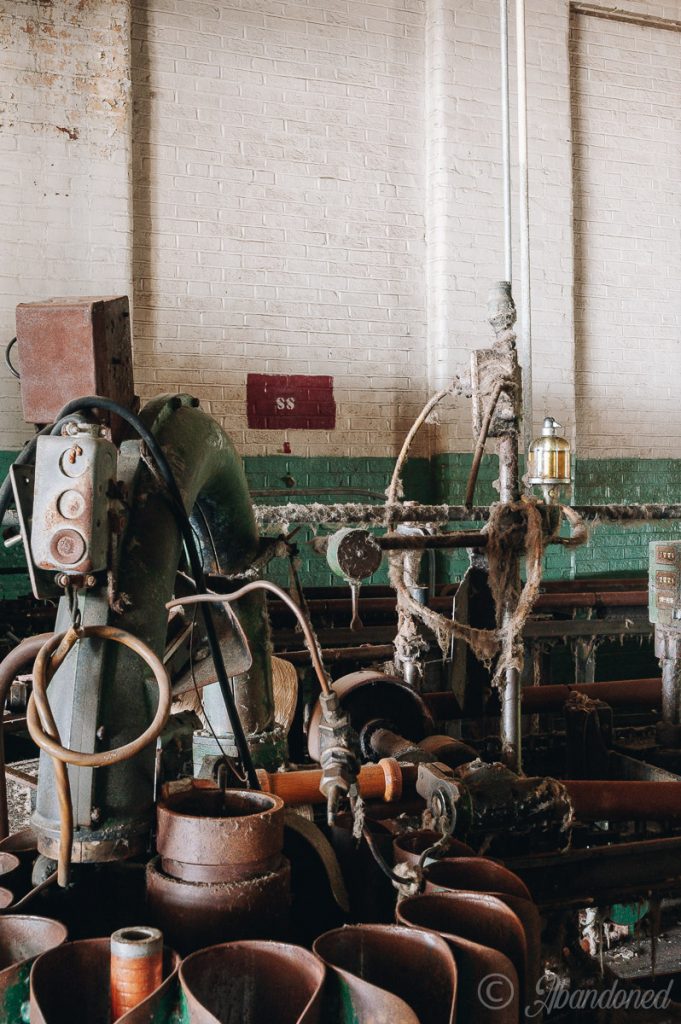 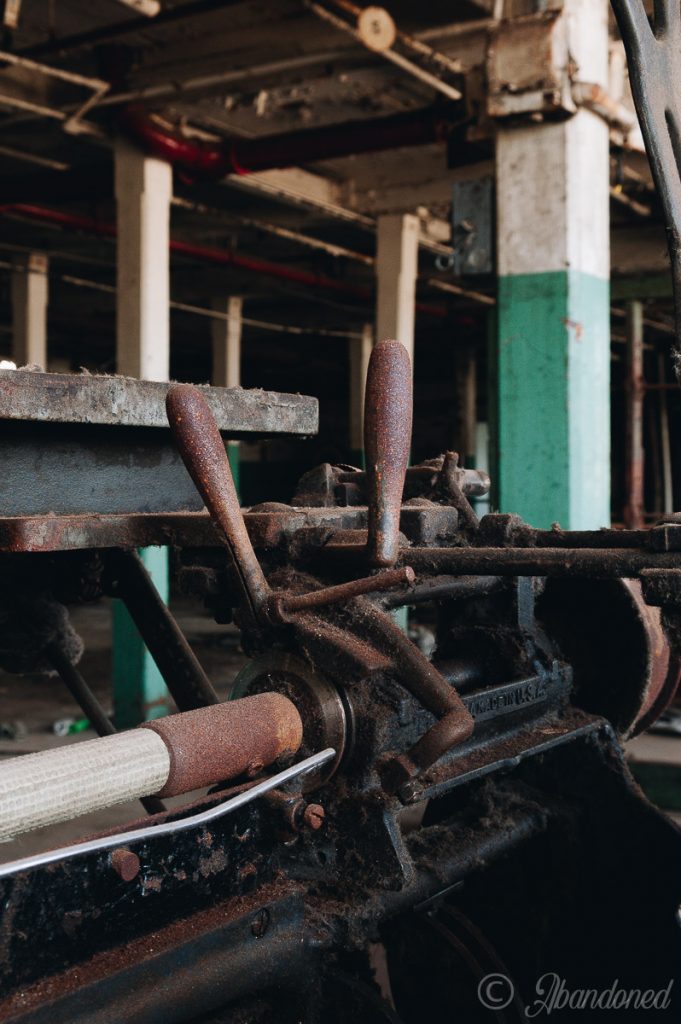 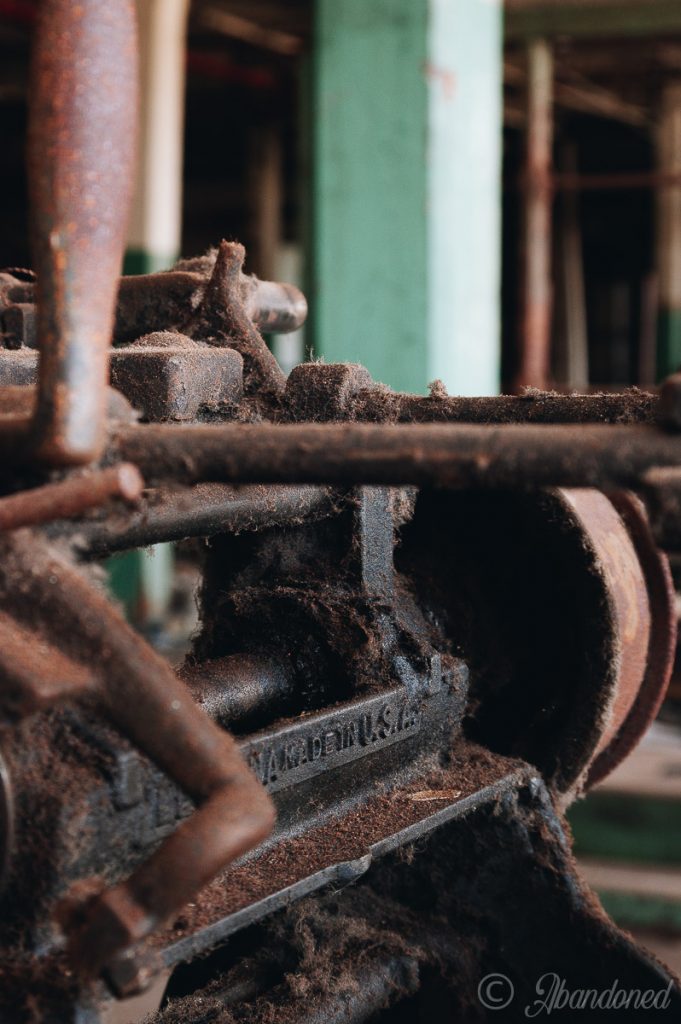 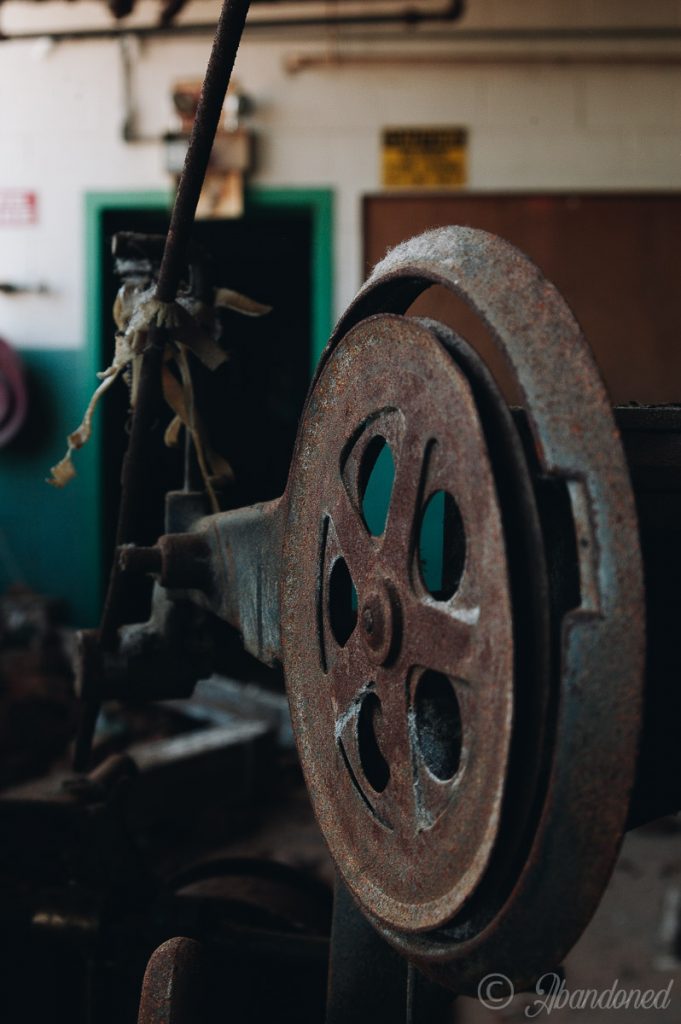 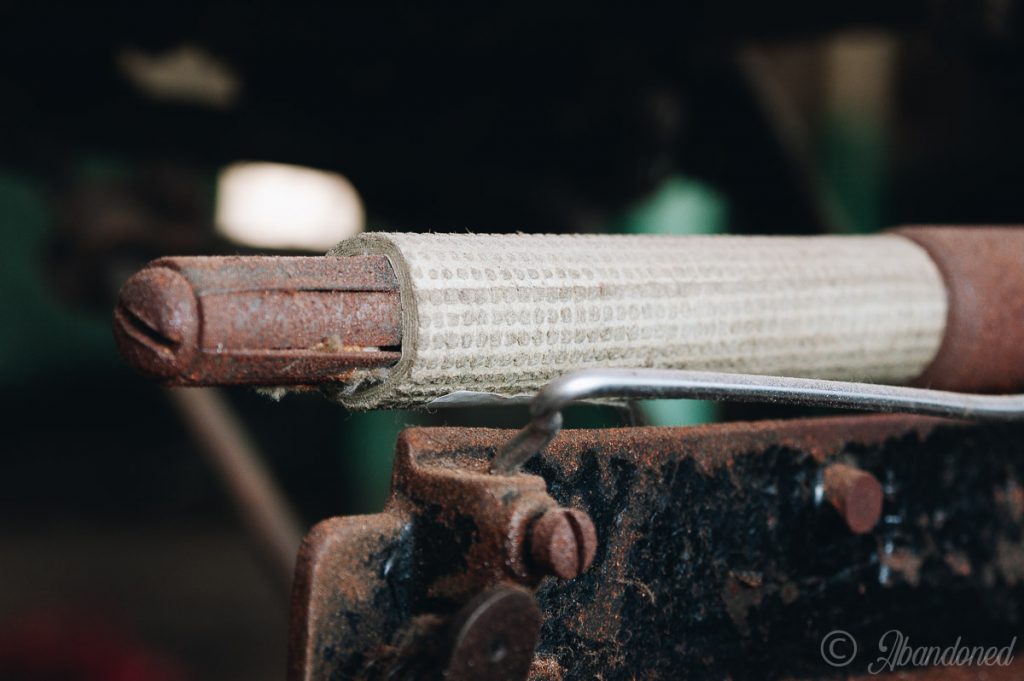 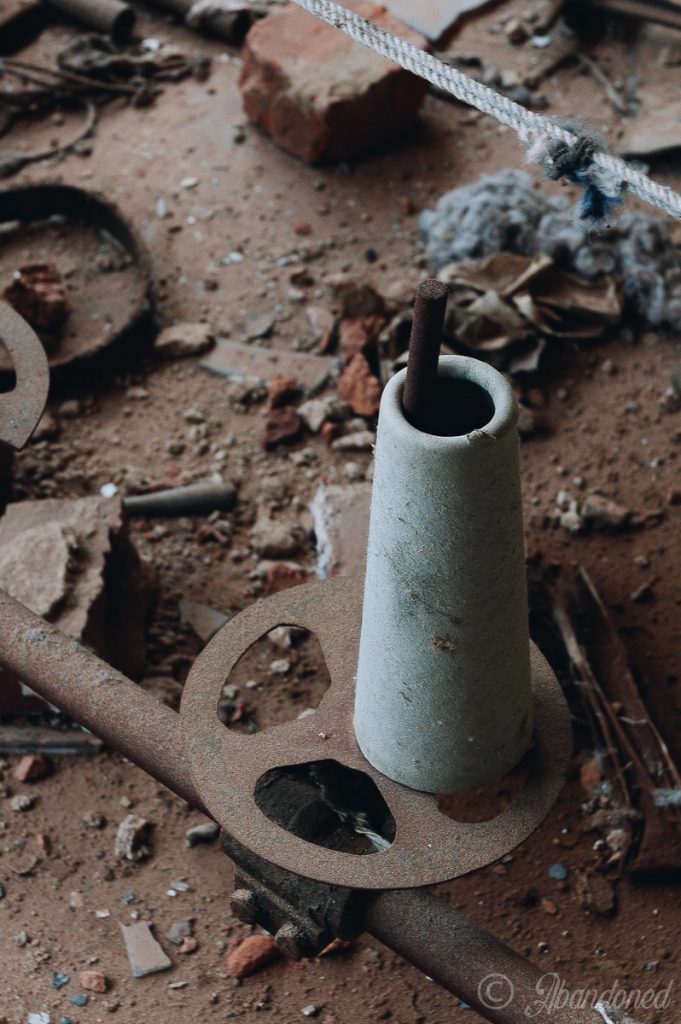 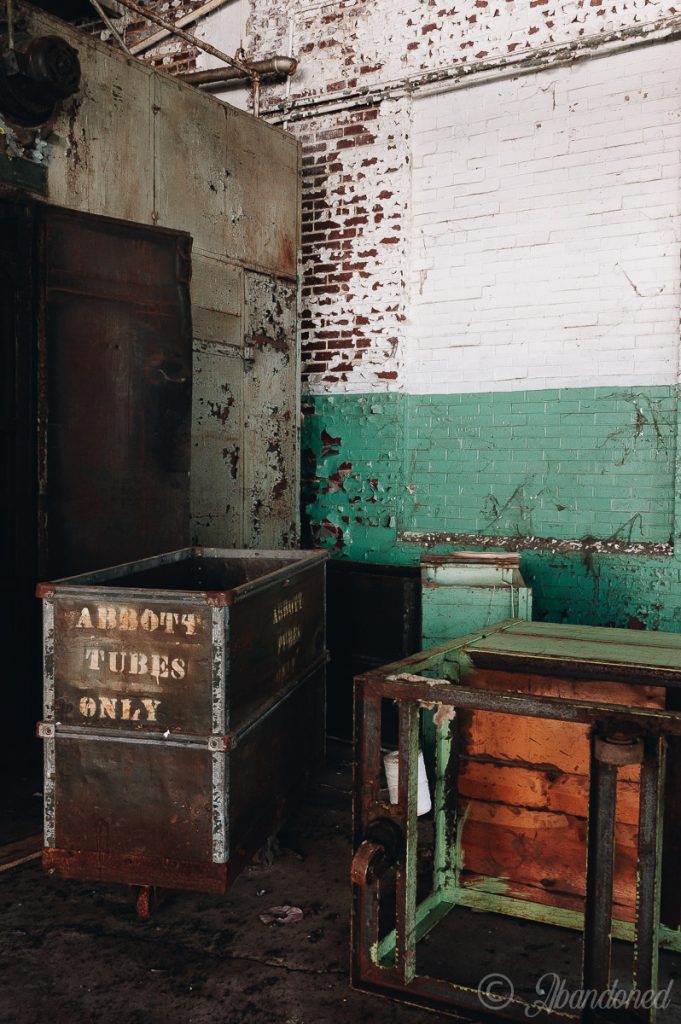 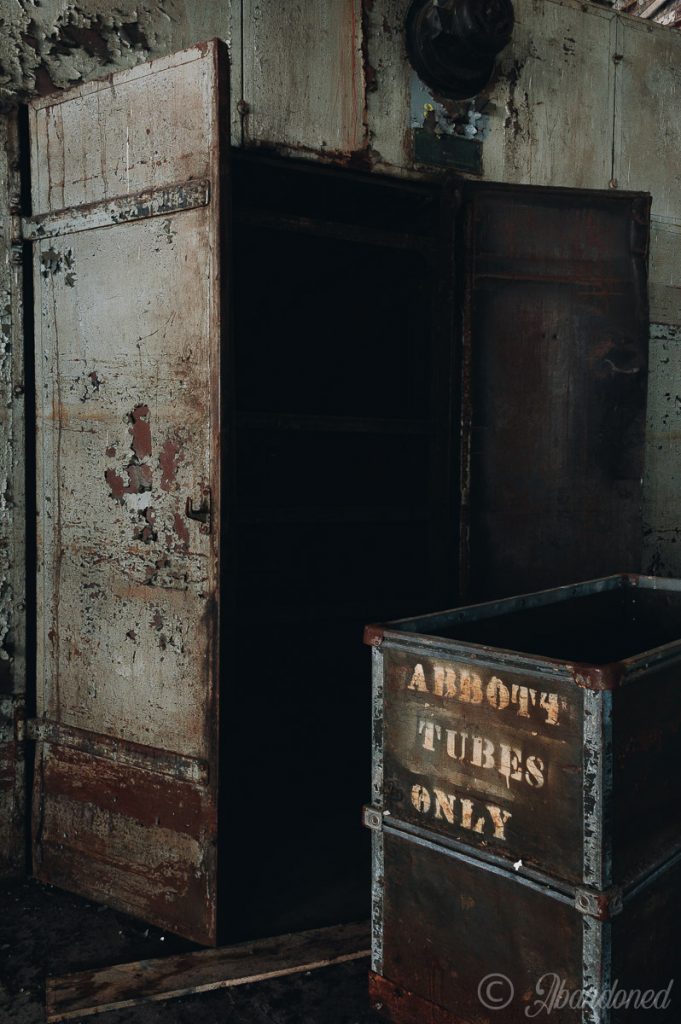 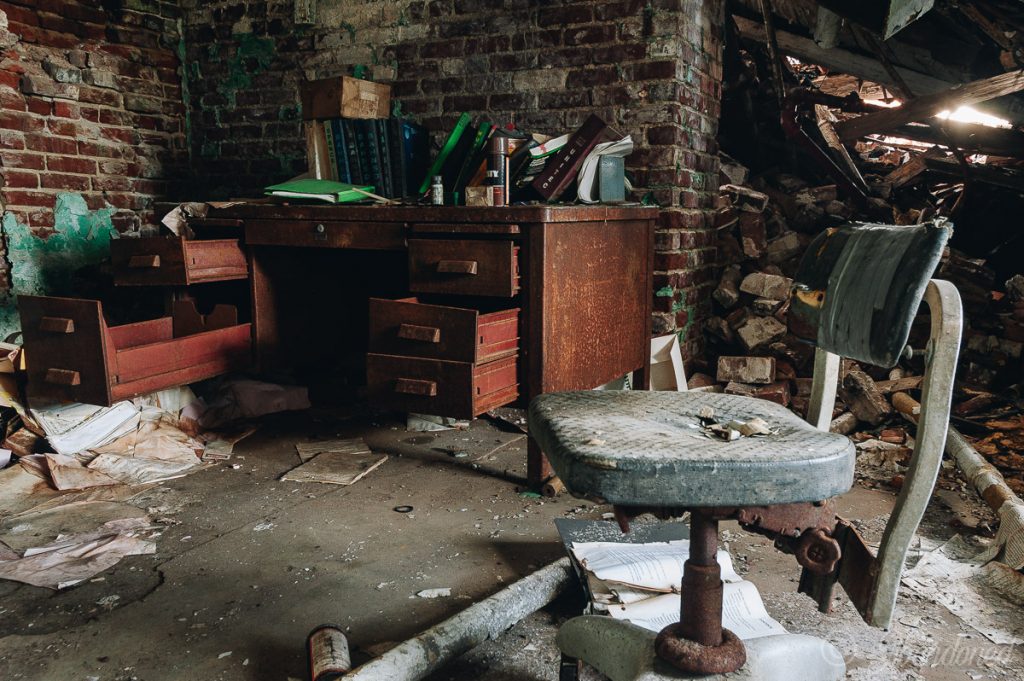