Once again outgrowing its sanctuary, the church hired J. Will Wilson of Wilson & Catto 12 in May 1915 to design a new facility at 14th and Marquette Streets. 11 Dedicated in June 1917, the new church building featured an English Gothic architectural style, a sanctuary with seats for 1,300 persons, a baptistery, library, organ loft, and study. 14

On October 2, 1921, Twelfth Street Baptist merged with Fourteenth Street Baptist to form the Temple Baptist Church with services being held at the 14th and Marquette sanctuary. 10 The combined congregation boasted over 1,200 members and was one of the largest Baptist churches in the city. 14

Temple Baptist was on the search for a new pastor by 1934 and Rev. J. Frank Norris of Fort Worth, Texas was selected. 13 As Norris was already the pastor of a very large congregation in Texas, he proposed a novel solution: become pastor of both his church in the south and of Temple Baptist in Detroit. Before long, Temple Baptist boasted 6,000 regular worshippers while his Fort Worth location claimed over 10,000. 9

Norris began the search for funding for a larger church during the height of the Great Depression and the congregation responded with substantial donations. In 1937, a 5,000-seat Art Deco-styled auditorium was completed. 4 6 All worship services were moved to the auditorium while the circa 1925 church was renovated and enlarged to serve as a school and as a secondary chapel. Not long after, Temple Baptist boasted the world’s largest Sunday school with an enrollment of 5,400 pupils. 9

To accommodate the explosive school growth, a 2½-story addition was finished in 1937 followed by a three-story addition in 1940. 13 The need for space was still so great that the church planned for the construction of an 800-seat balcony in March, 7 which was dedicated on July 14. 8

Realizing that a substantial number of worshippers resided in the suburbs, in November 1943 Temple Baptist purchased four acres on Grand River Boulevard near Monica and Prairie Streets with the goal of creating a satellite church. 9

Detroit, like many other cities, developed racial conflict in the early 20th century following rapid demographic changes as hundreds of thousands of new workers were attracted to the industrial city. The migration to Detroit brought rural black Americans from the South, along with southern and eastern Europeans of Catholic and Jewish faith. But like many other Midwest cities, Detroit had also become a stronghold for the Ku Klux Klan (KKK) whose members primarily opposed Catholic and Jewish immigrants and openly discriminated against black Americans.

By the late 1940s, Norris began turning over some responsibilities of the church to an assistant, Rev. G. Beauchamp Vick, who was also racist and barred African-Americans from worshipping at Temple Baptist. 13 Norris and Vick disagreed on numerous issues, and in 1950, Vick replaced Norris as the lead pastor for Temple Baptist.

In September 1985, the deacons of the church voted 29 to 7 to end the anti-black policy of the church, officially allowing people of other races membership. There were much resistance and membership at Temple Baptist declined by 90%. 4

King Solomon Baptist Church was founded at 1551 Rivard Street in 1926 and merged with Mount Nebo Baptist Church in 1927. 13 By the 1930s, worship services were being held in a church at 9244 Delmar Street.

In 1944, the church recruited Rev. Theodore Sylvester Boone, one of the most prominent black pastors in Texas. 13 Under the charismatic pastor, the congregation blossomed and in 1951, King Solomon purchased the former Temple Baptist Church site. 2 5 The auditorium was renovated to serve as the sanctuary while the basement of the circa 1925 church was turned into a youth activity center that included a boxing ring, roller skating rink, dance floor, and space for a choir.

The auditorium became a popular venue for influential black leaders and was where Malcolm X delivered “Message for the Grassroots” on November 10, 1963, a direct response to the “I Have a Dream” speech of Dr. Martin Luther King. 13 Malcolm X called for major black leaders of the civil rights movement to stage a radical and violent “black revolution.” Although the church had signed another contract for Malcolm X to deliver another speech, criticism was mounted by prominent civil rights leaders nationwide. The church refused to allow Malcolm X to deliver his second speech, “The Ballot or the Bullet,” in their sanctuary. In response, Malcolm X filed a lawsuit to force the church to abide by its agreement. While the courts agreed, Malcolm X had to amend the speech to feature less violent rhetoric.

The original circa 1920 church building built by Temple Baptist was abandoned in 2010 over unpaid water and electric bills. The congregation continued to meet in the circa 1937 auditorium. 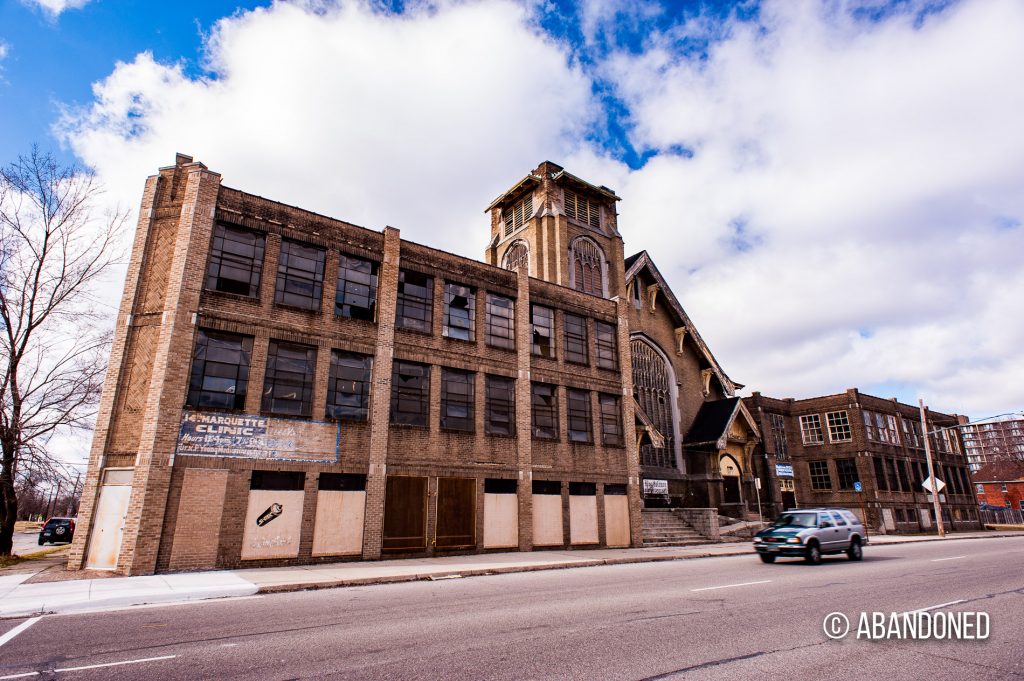 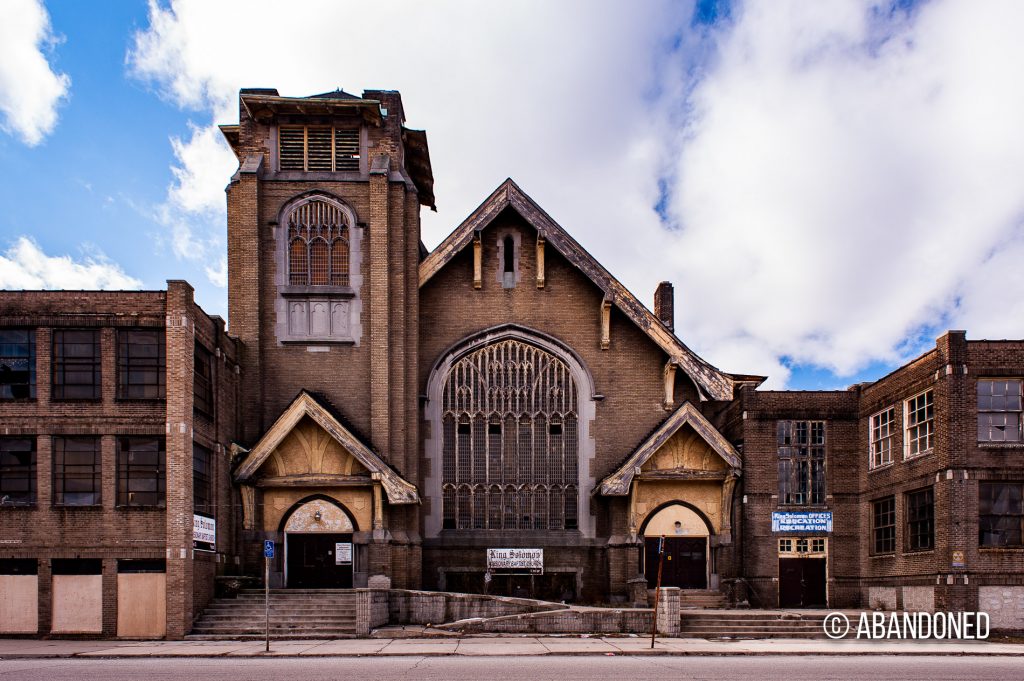 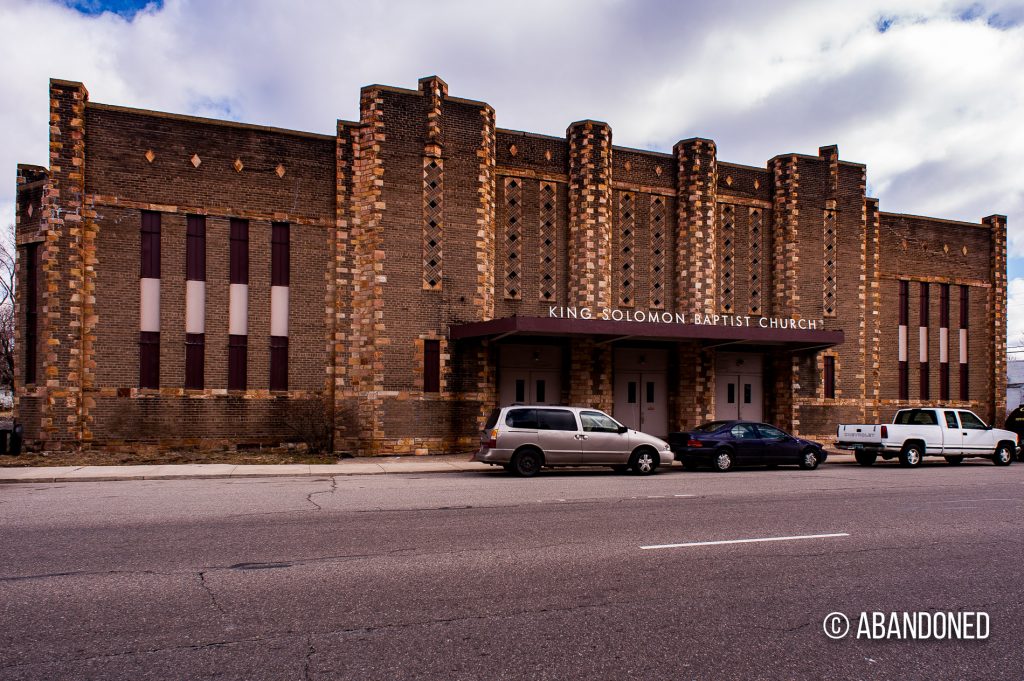 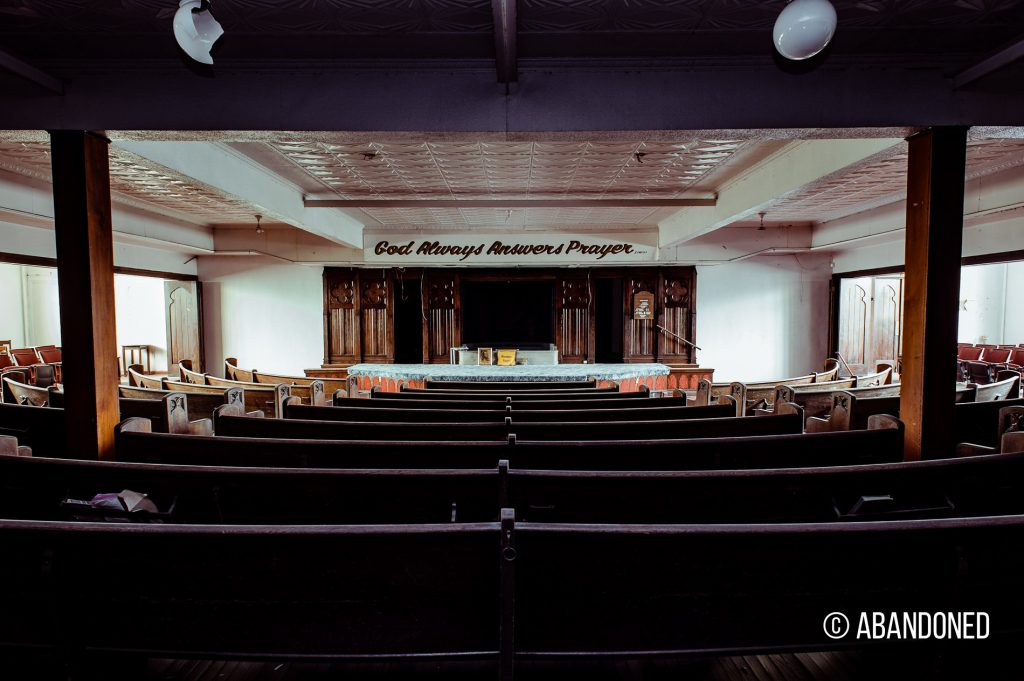 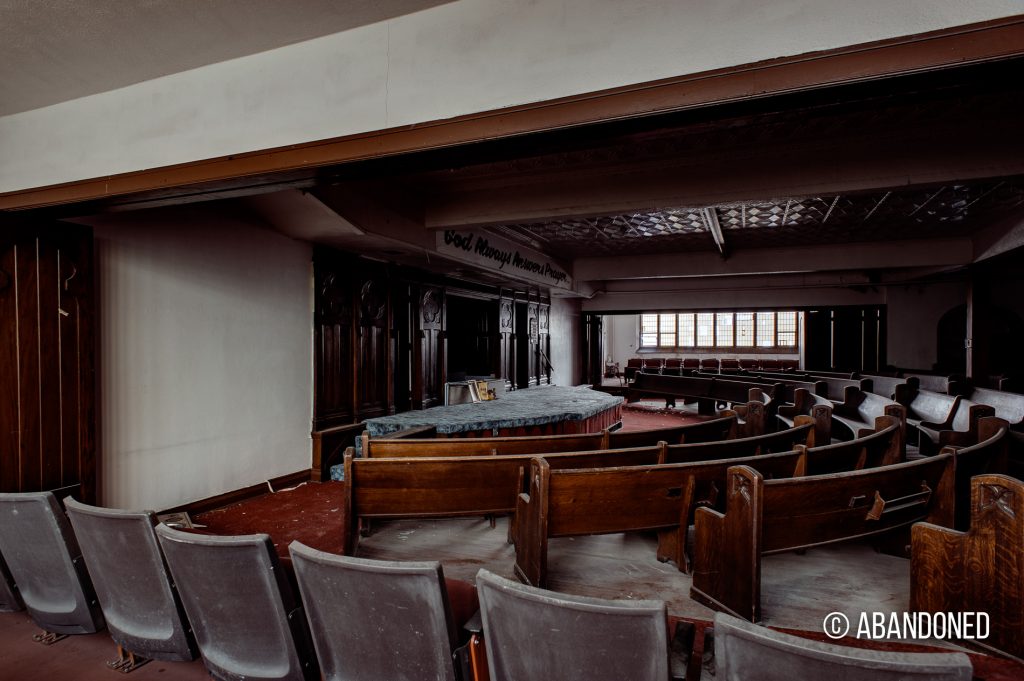 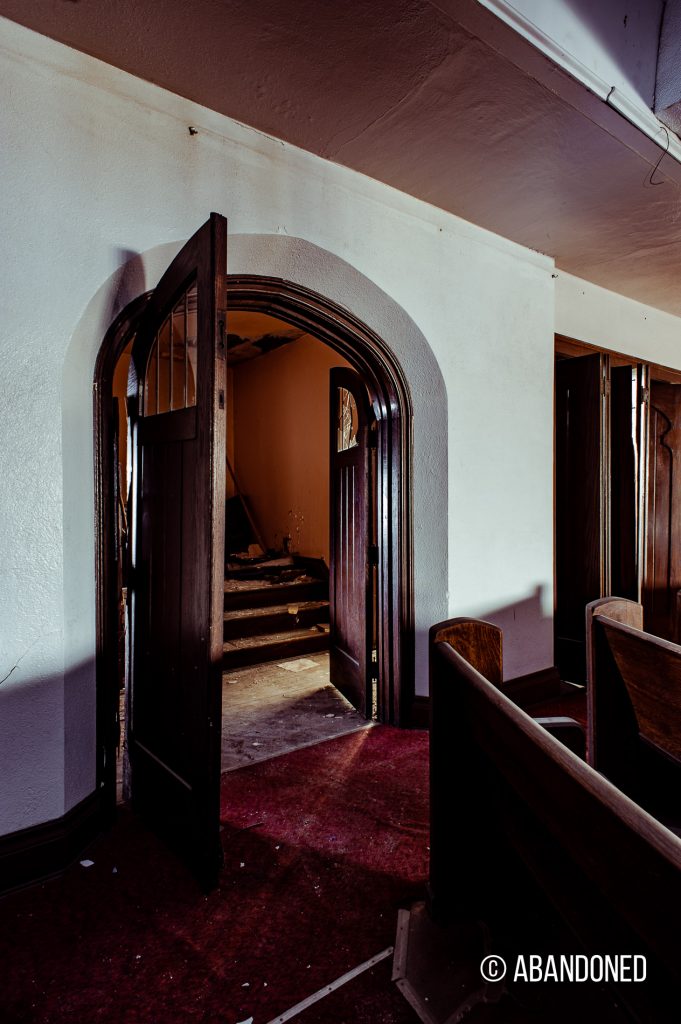 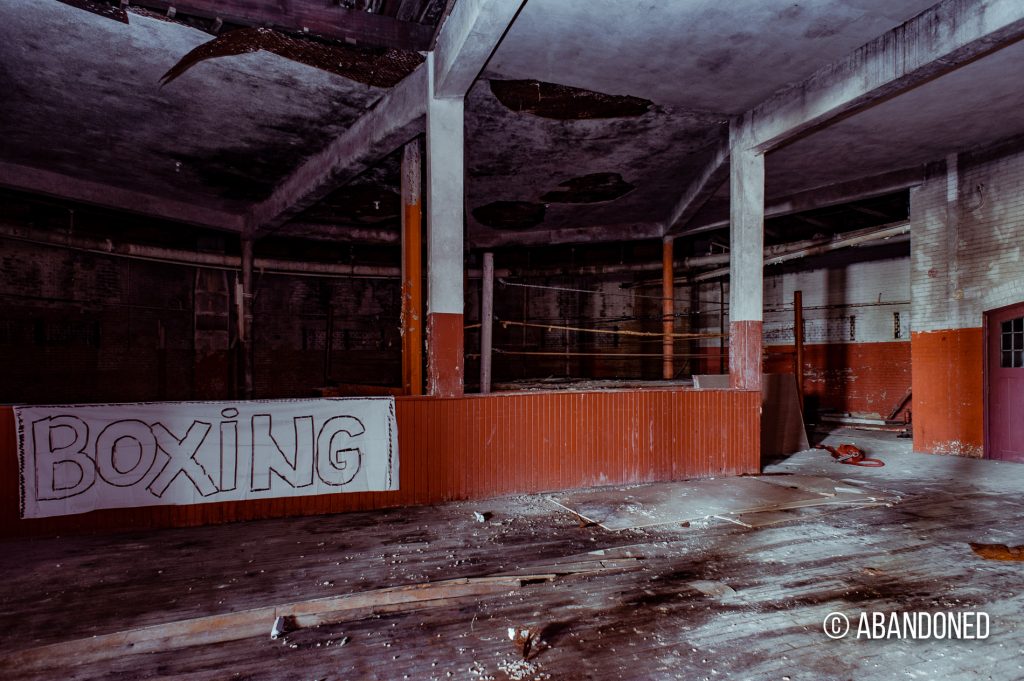