Lafayette Bloom School is an abandoned circa 1915 school in Cincinnati, Ohio. The junior high facility featured classrooms for 1,200 pupils, two gymnasiums, a swimming pool, an elaborate auditorium, and an indoor rooftop playground.

Designed in the Italian/Second Renaissance Revival architectural style 12 17 and adorned with terra cotta trim, the first permits towards the construction of the new Lafayette Bloom school were let on September 12, 1913. 12 Constructed on the site of the former Fourth Intermediate School between late 1913 and 1915 at the cost of $375,000, 2 4 6 10 it opened on December 6, 1915. 16 The school was named after Lafayette Bloom, a 25-year-long principal of the Twenty-Seventh District School. 8

The dedication ceremony on April 29, 1916, 13 included a flag-raising of a huge silken flag presented by the Daughters of America Friendship Council No. 20 that was raised by the Second Ohio Regiment Jr. OUAM, after which there was a 21 gun salute, folk dancing, addresses. 11 The school also released an eagle to announce the dedication, which had been caged for two weeks in a sporting goods store because it had tried “to steal an 18 month-old baby in the Cumberland Mountains.” 13

The new Lafayette Bloom School boasted large classrooms for 1,200 pupils, a model three-room apartment for the domestic science unit, a technical department, two gymnasiums, a swimming pool, an auditorium flanked by Corinthian columns, and an indoor playground on the roof for use in inclement weather. 10 12 17 Initially, the school was used for grades kindergarten through 10th grade. 14 Children were segregated and taught according to the child’s gender and native language, either English or German.

The school dedicated a renovated library in honor of Dr. Stanley Bradnax, a 1961 graduate who became Cincinnati’s first black health commissioner on May 28, 1987. 7 The renovations took two years to complete.

By the late 1990s, many of Cincinnati’s schools were regarded as substandard and lacked modern electrical, heating, and roofing systems. 6 Declining enrollment and deferred maintenance led the local school district to announce that after the 1999-2000 school year concluded, Lafayette Bloom would close. 5 A petition led by Principal Anthony Smith and the staff had the facility converted into an alternative school for children who had failed one or more grades.

A 2002 report by the Ohio School Facilities Commission recommended that the Lafayette Bloom be replaced as it needed so many repairs that it was more economical to build a new structure. 5 It was later recommended that it be renovated, 9 but eventually closed following the 2005-06 school year 2 because of low enrollment. 15 The structure was auctioned on June 9, 2009. 2

In 2010, Gray & Pape was contracted by the First World Architects Studio to complete a Historic Preservation Certification application for the Lafayette Bloom school. 3 The application described the significance of the structure to the Dayton Street Historic District, and how the proposed rehabilitation work would be consistent with the historic character of the building.

Zada Development purchased the vacant Lafayette Bloom School and nearby closed Heberle School in the West End for $60,000 each at auction in 2012. 1 Zada proposed converting the Heberle School into 59 residential units and commercial space in February 2015 after it received a $1.8 million Ohio Historic Preservation historic tax credit, and had later planned on doing the same with the Lafayette Bloom School. 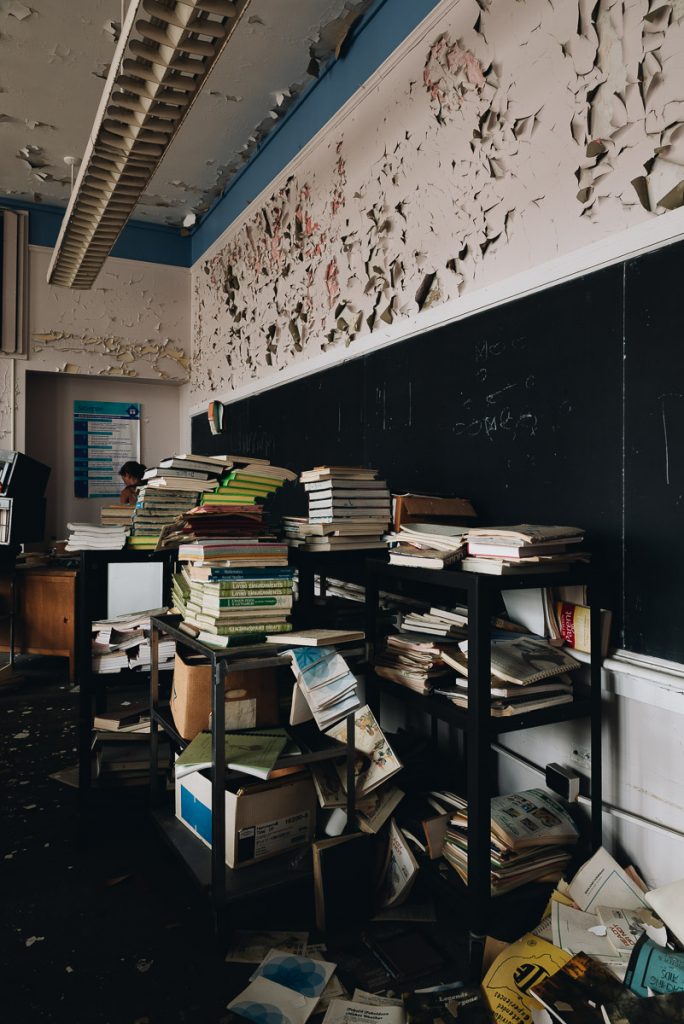 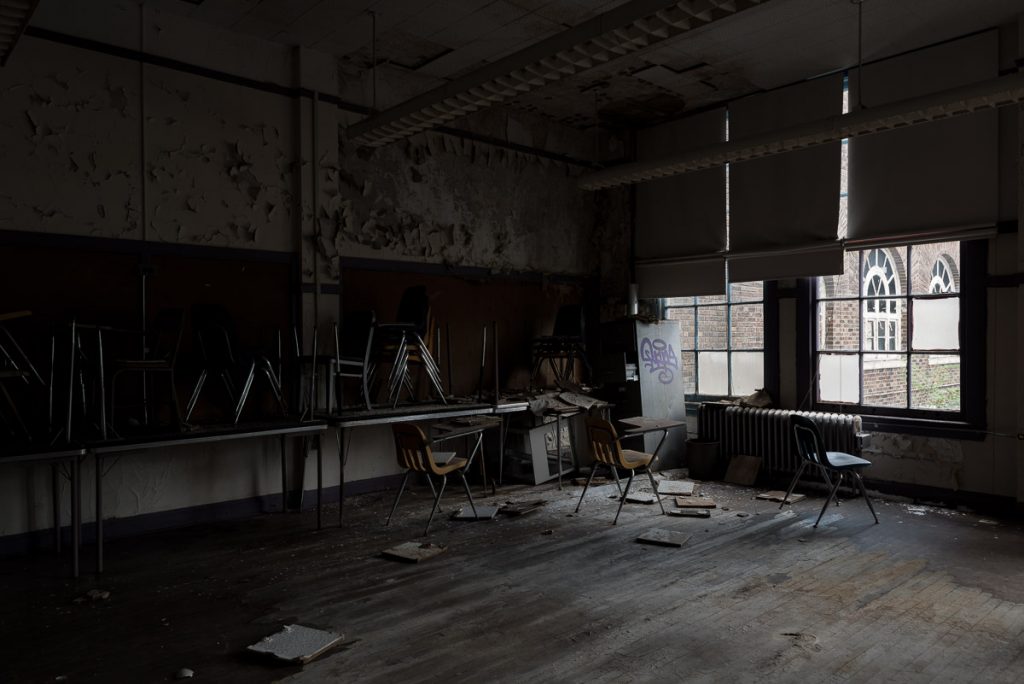 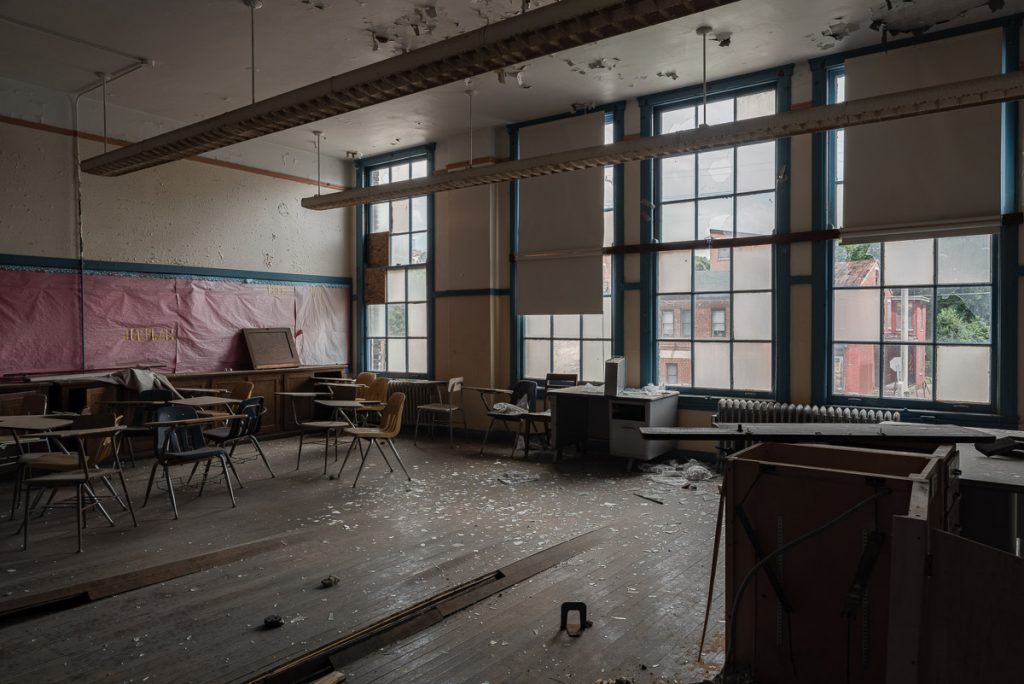 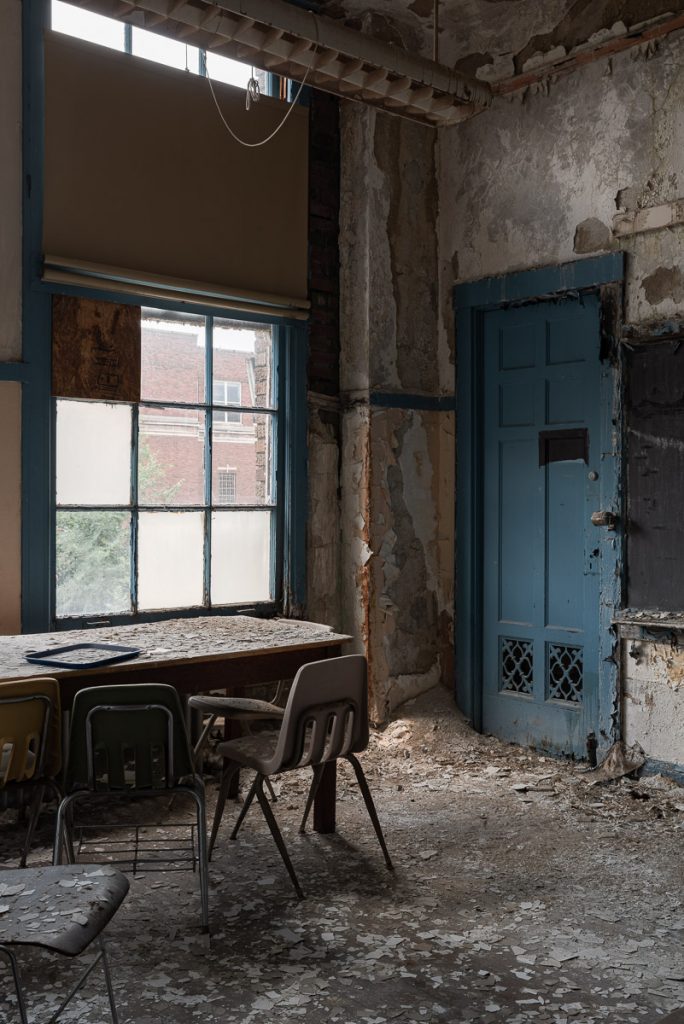 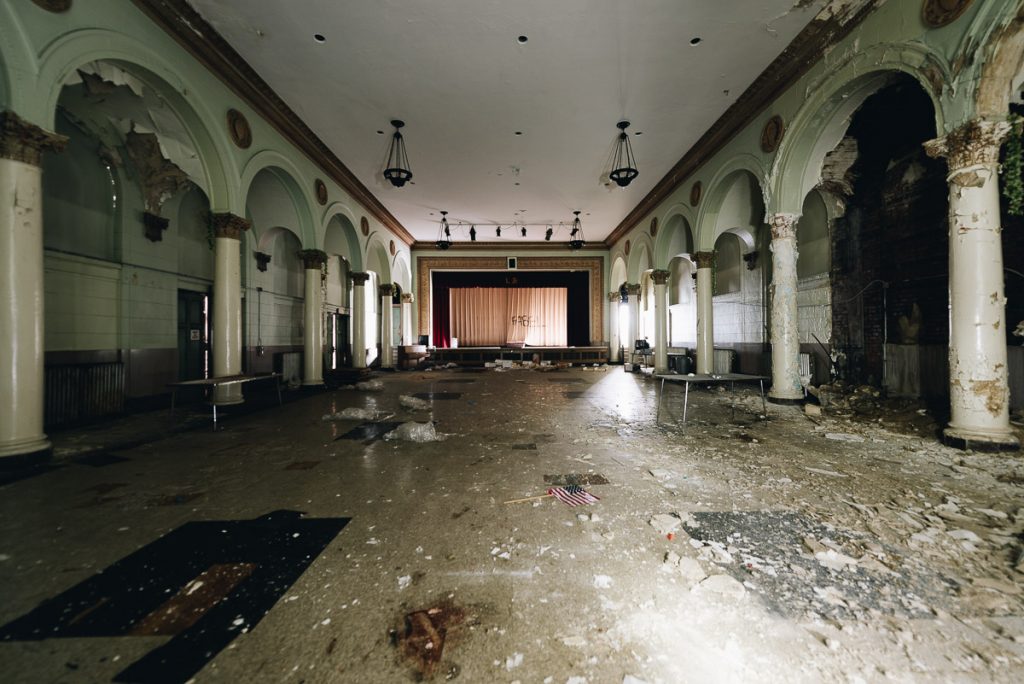 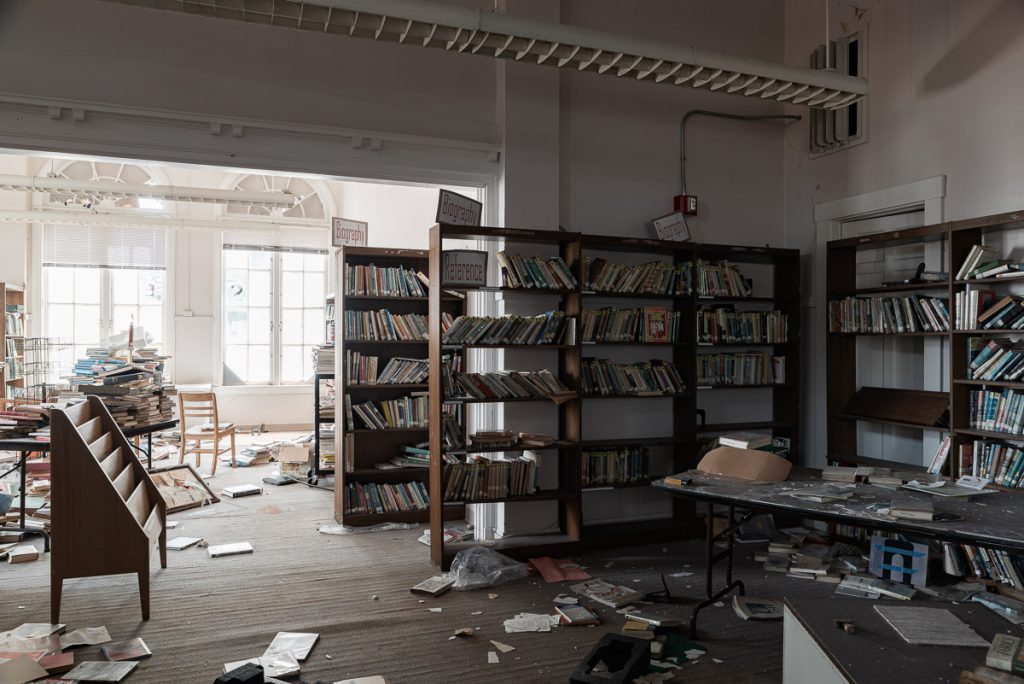 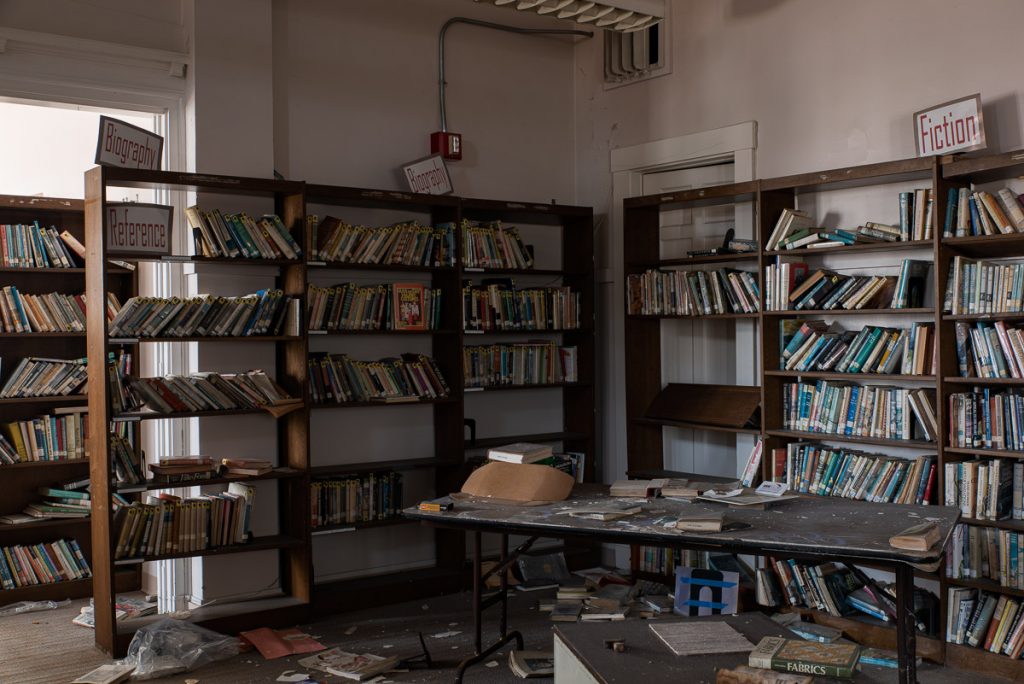 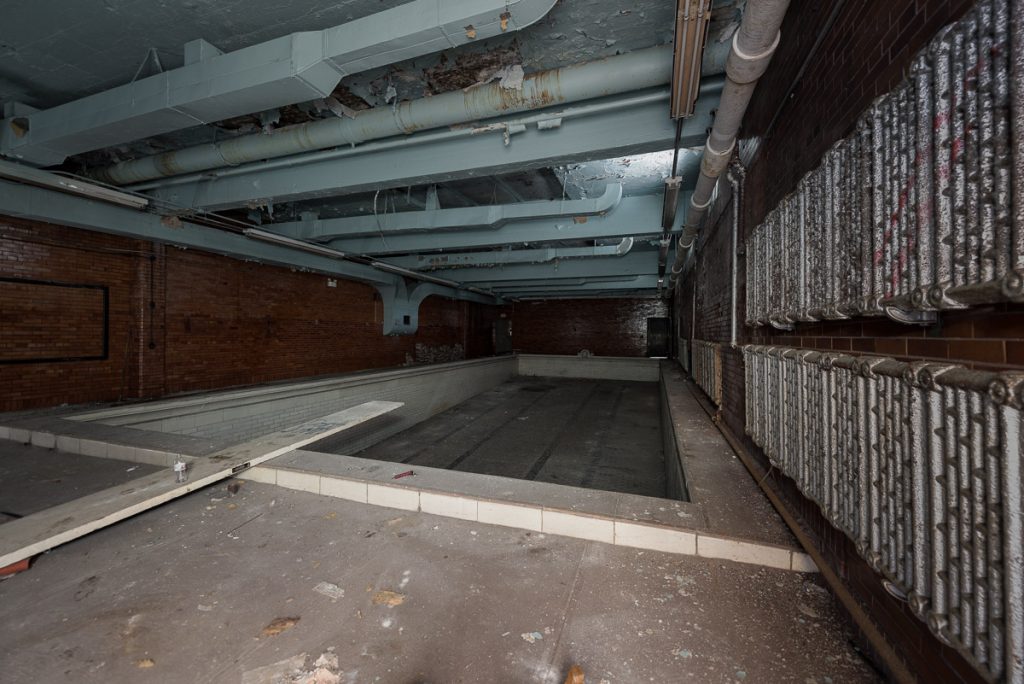 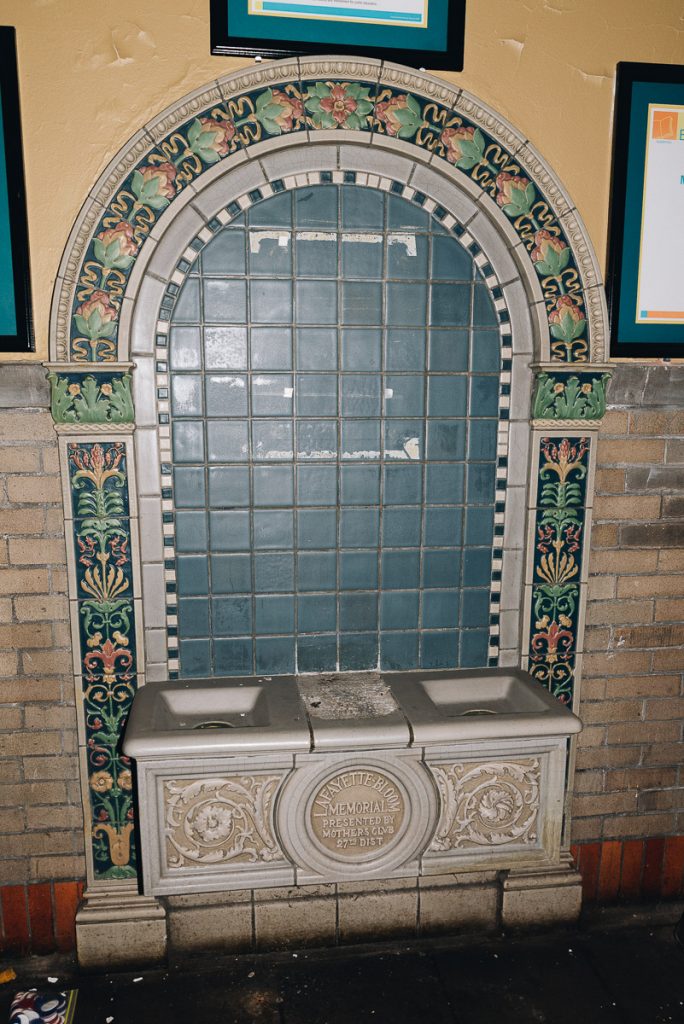 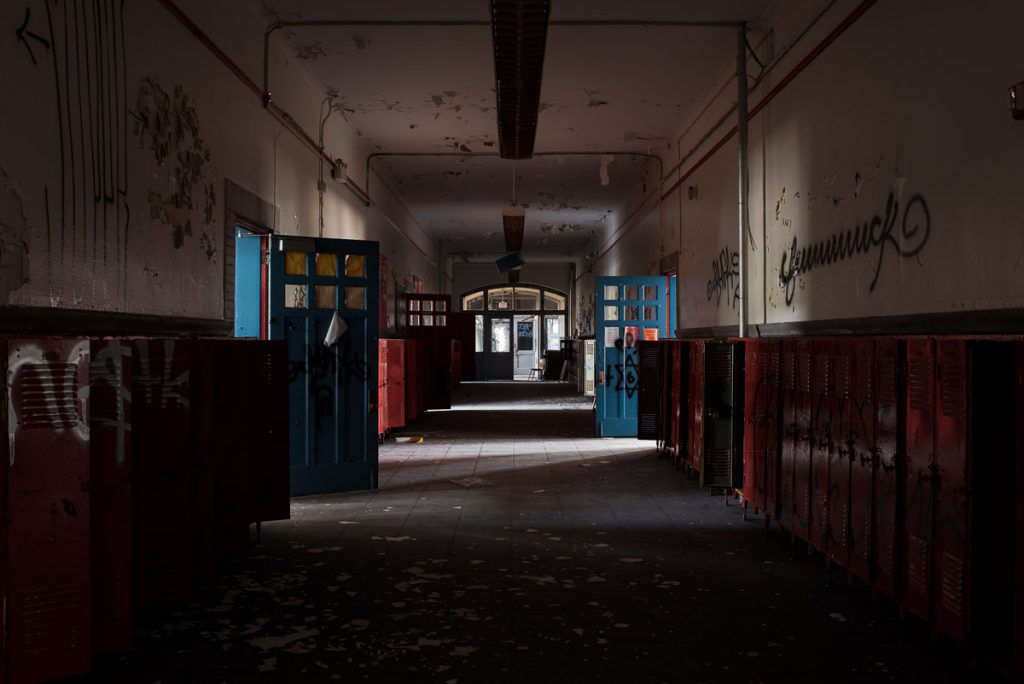 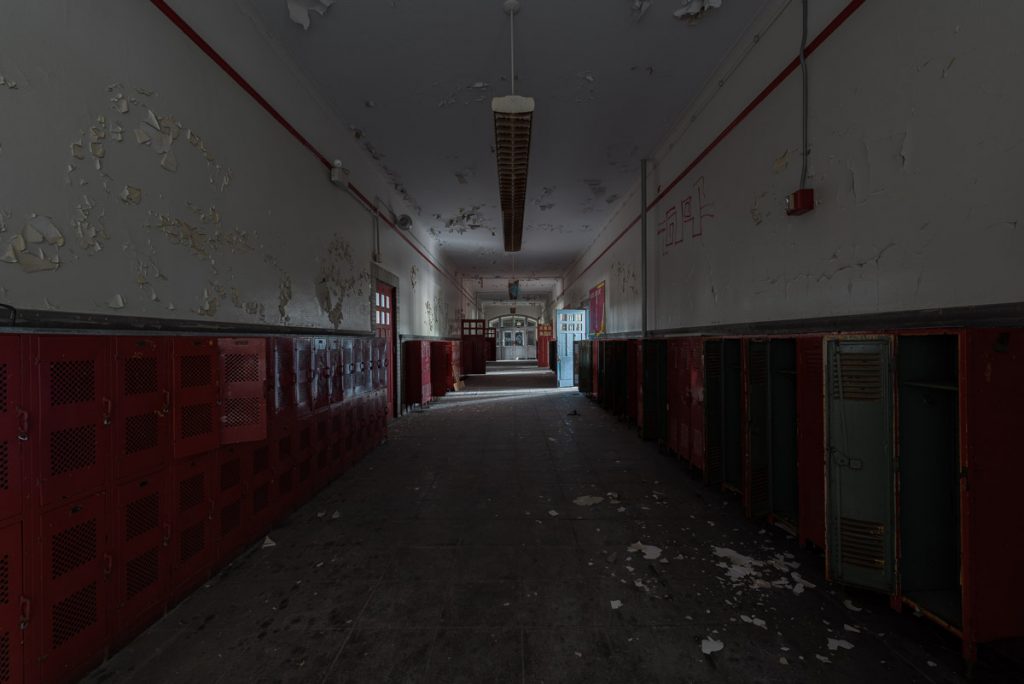 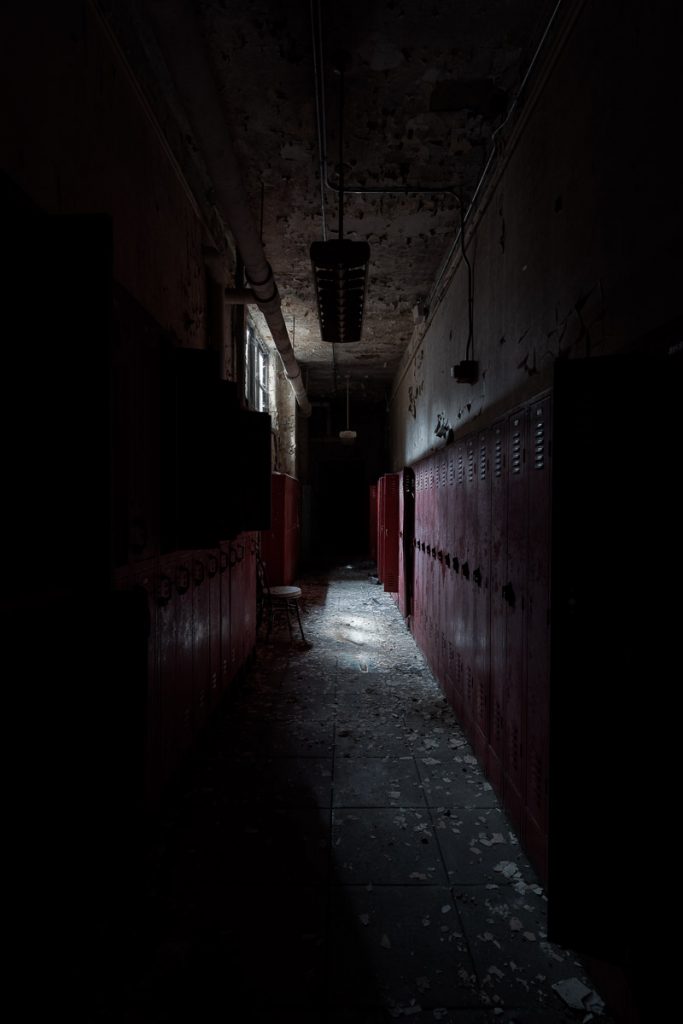 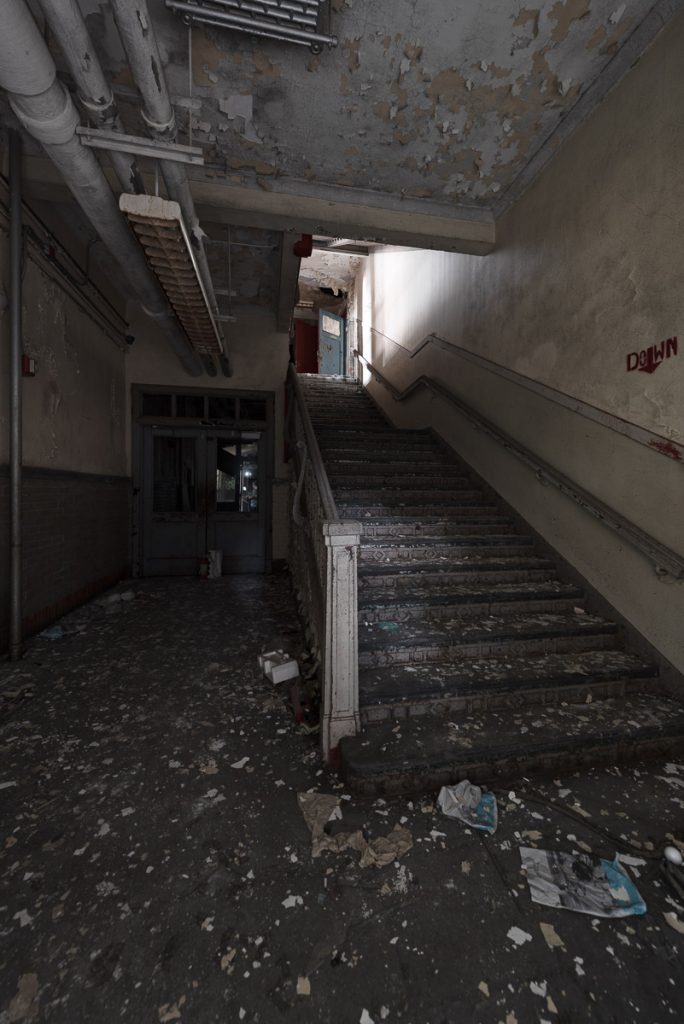 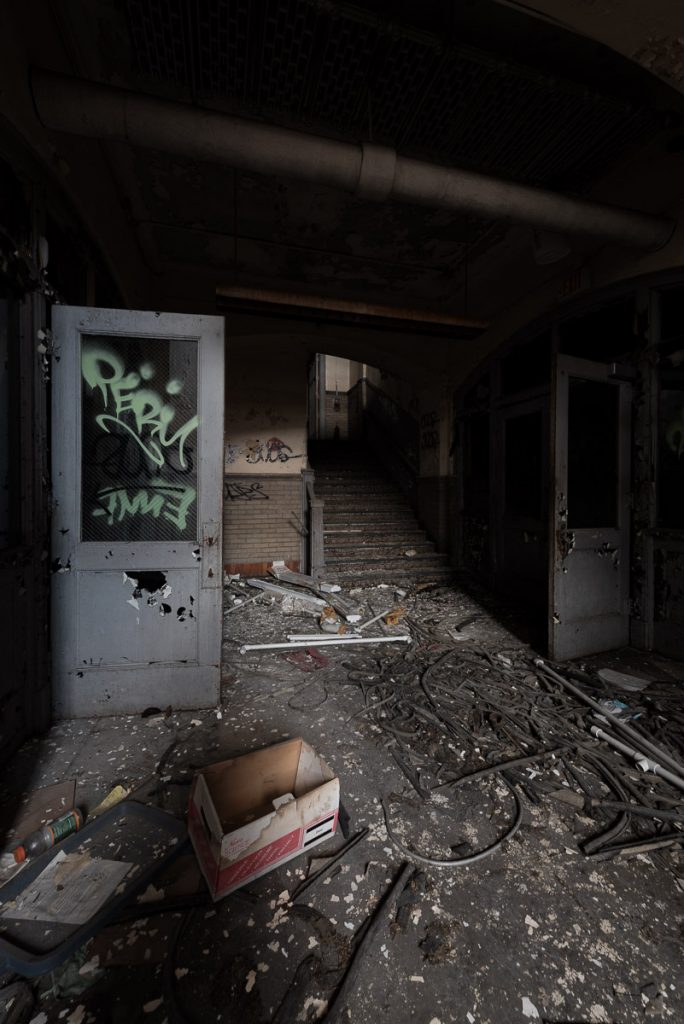