The Lafayette Building is a former commercial high-rise bordered by West Lafayette Boulevard, Michigan Avenue, and Shelby Street in downtown Detroit, Michigan. The Lafayette was erected in 1923-24, closed in 1997 and demolished in 2009-10.

The Lafayette Building was designed by C. Howard Crane in the Neo-Classical style, and constructed by the partnership of George G. Epstean and Julius Herman to serve as a speculative high-end office tower. 8 Crane had earlier designed the Fox Theatre, Opera House, and Orchestra Hall.

Before its completion, the lot the building was situated on was home to the Bressler Block that was owned by Charles Bressler and composed of smaller commercial structures, including the Detroit Book Exchange. 6 The properties were purchased by the Edsel Ford family in 1910 and leased until 1917.

The layout of the V-shaped structure allowed natural light to filter into the building from several angles. 1 2 3 The interior was lavish, with black-walnut walls on the first floor, and marble walls accented with bronze fixtures elsewhere. 1 3 Two marble drinking fountains were located on each floor. There were seven high-speed elevators, arranged in circular tiers, that opened up into a large lobby.

The Lafayette also featured 31 storefronts on its first three floors in a large arcade. 1 3 The upper floors held tenants such as the Michigan State Tax Tribunal, offices for the Michigan Supreme Court, and several railroad companies. 1 2 3

Other than a slate facade on the first level that was added in the 1960s, the Lafayette received only minor exterior changes. 2

The Lafayette closed in 1997 after years of decline. 1 2 3 7 Little maintenance work had been conducted since the tenants were given initial eviction notices in 1991. 4

On December 15, 2005, the Peebles Atlantic Development Corporation of Florida proposed that the Lafayette would be restored into 125 residential condominiums and first-floor retail at the cost of $40 million. 8 Work was slated to begin in 2006 and wrap up in 2007. The proposal was ultimately nixed after disputes arose between the developer and the city.

The city of Detroit offered the Lafayette to Quicken Loans for $1 on November 13, 2007. At the time, Quicken Loans was actively searching for a new headquarters, but ultimately the company chose the vacated Compuware Building elsewhere in downtown.

The Ferchill Group, who was responsible for the renovation of the Book Cadillac, speculated about purchasing the building and restoring it but found that it was not economically viable. 1 7

On December 9, 2008, the city issued a request for environmental consulting services to prepare the Lafayette for destruction. The Downtown Development Authority (DDA) solicited bids to demolish the building on March 26, 2009. 7 After the deadline for the submissions passed in April, Mayor Kenneth Cockrel Jr. canceled demolition plans over public outcry. 2

The city council refused to designate the Lafayette a historic landmark in a meeting held on June 23. 4 5 The DDA, however, voted unanimously to proceed with prior plans to demolish the Lafayette on June 25, also voting to award a demolition contract to Detroit-based Adamo Demolition Company for $1,445,888. 2

In a last-minute proposal to save the Lafayette, Dionysia Properties asked Detroit city officials to give the company two weeks to conduct a structural inspection on the tower to see if it could be rehabilitated in a cost-effective manner. The DDA refuted the request. 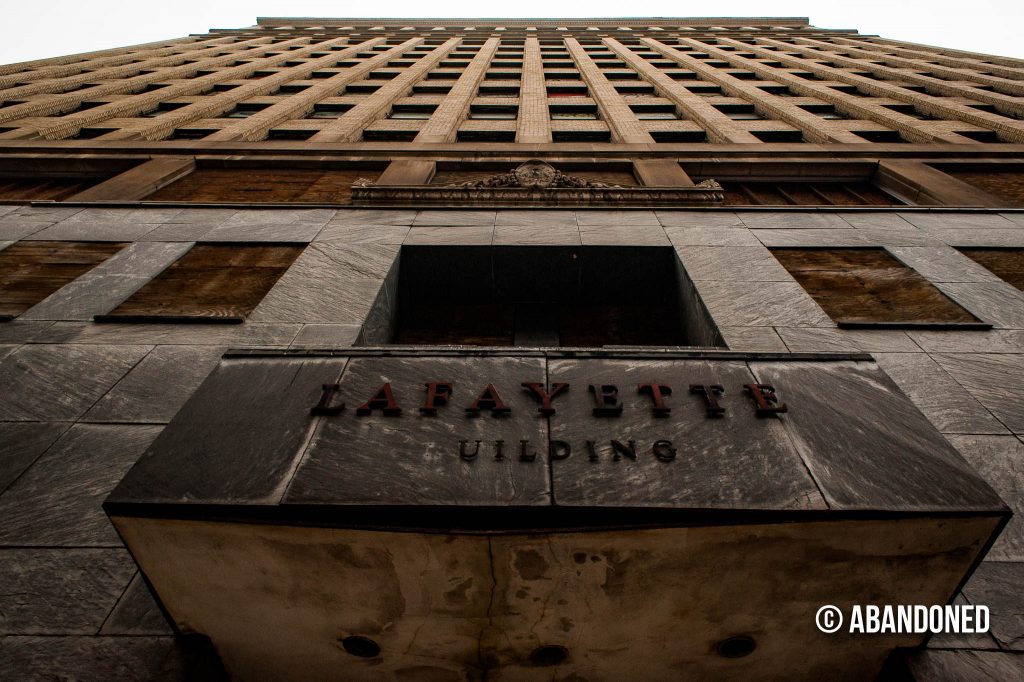 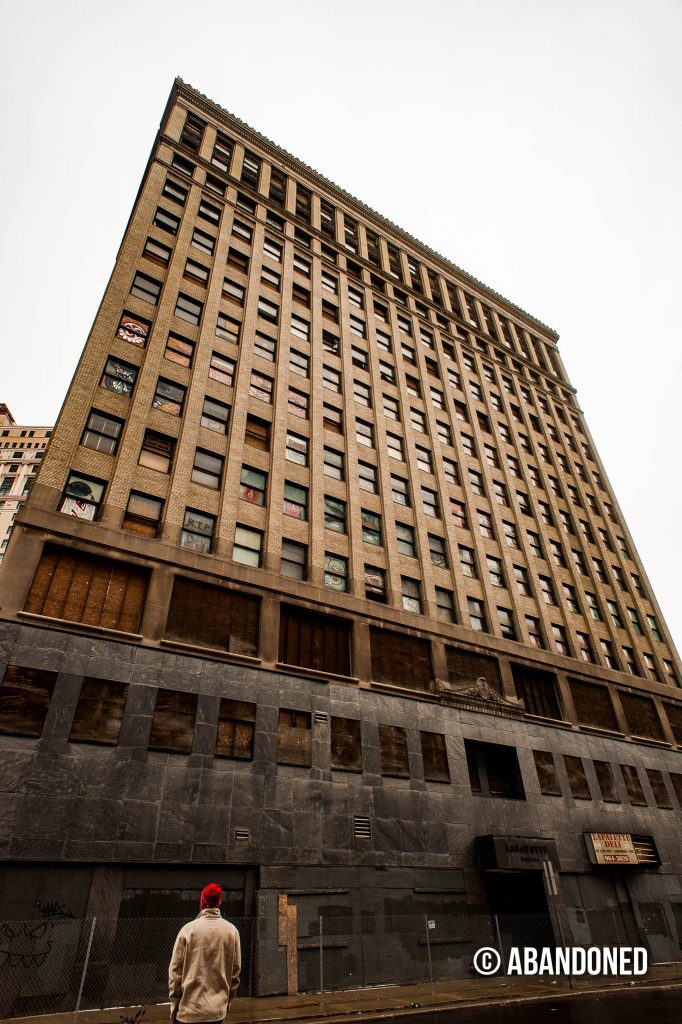 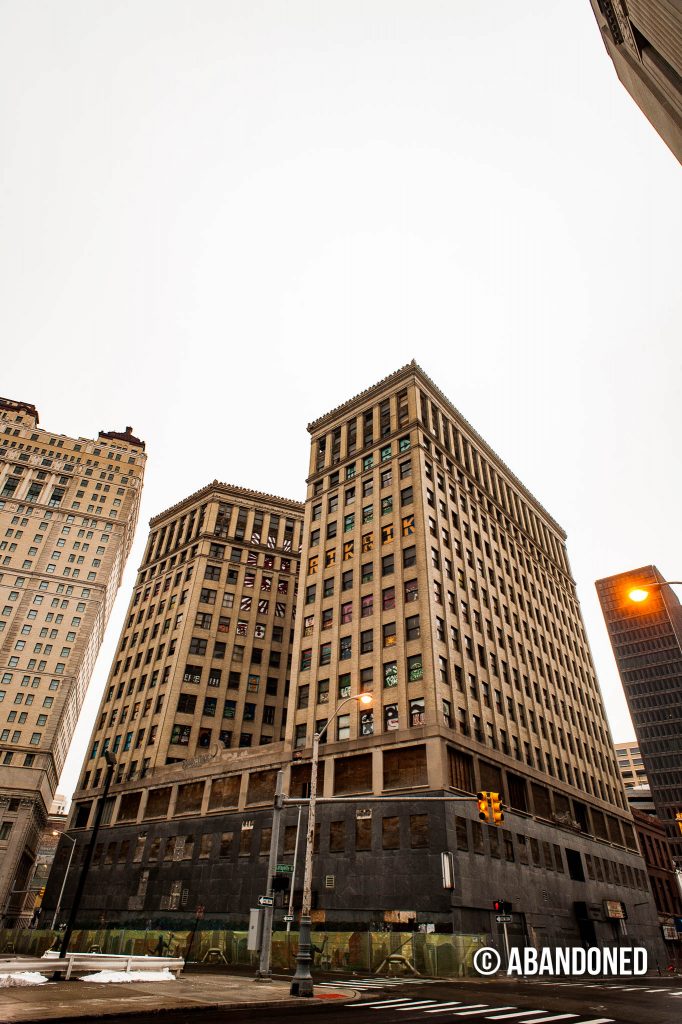 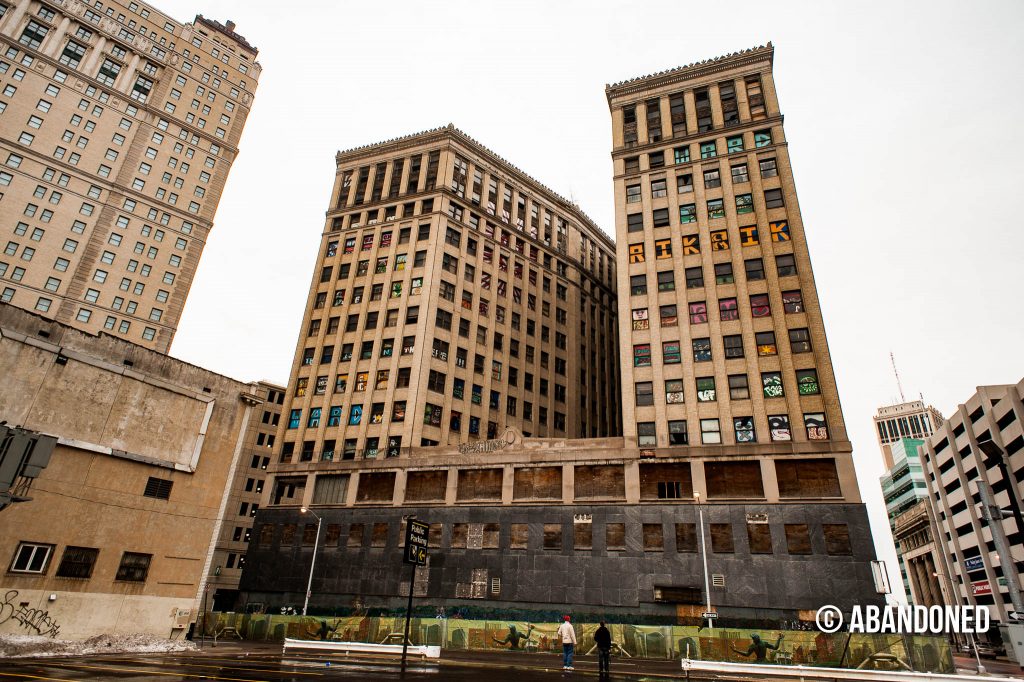 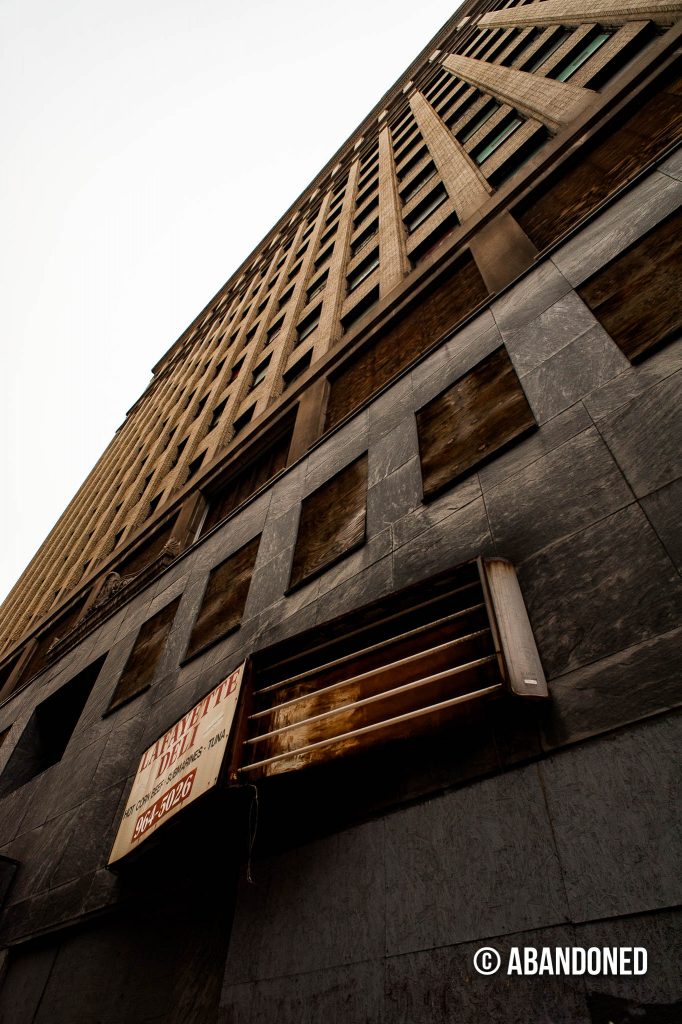 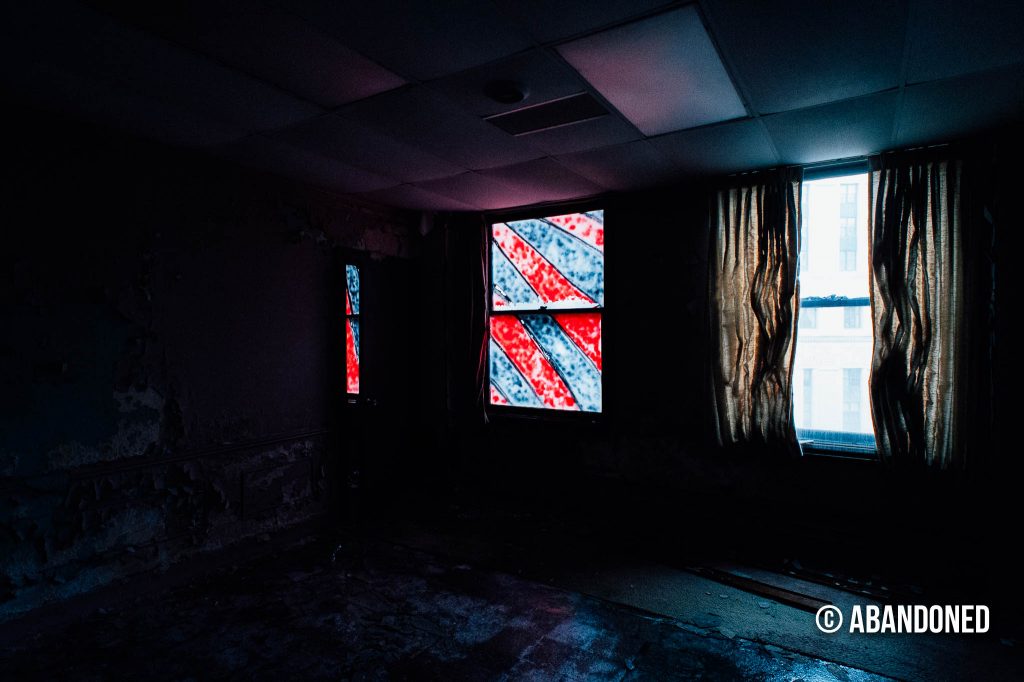 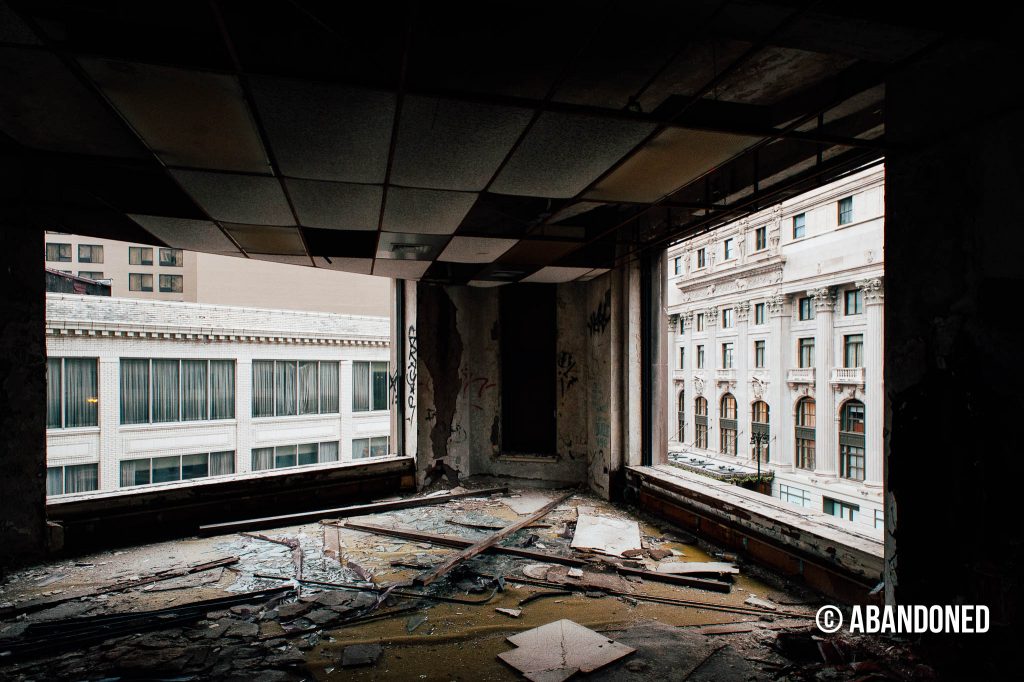 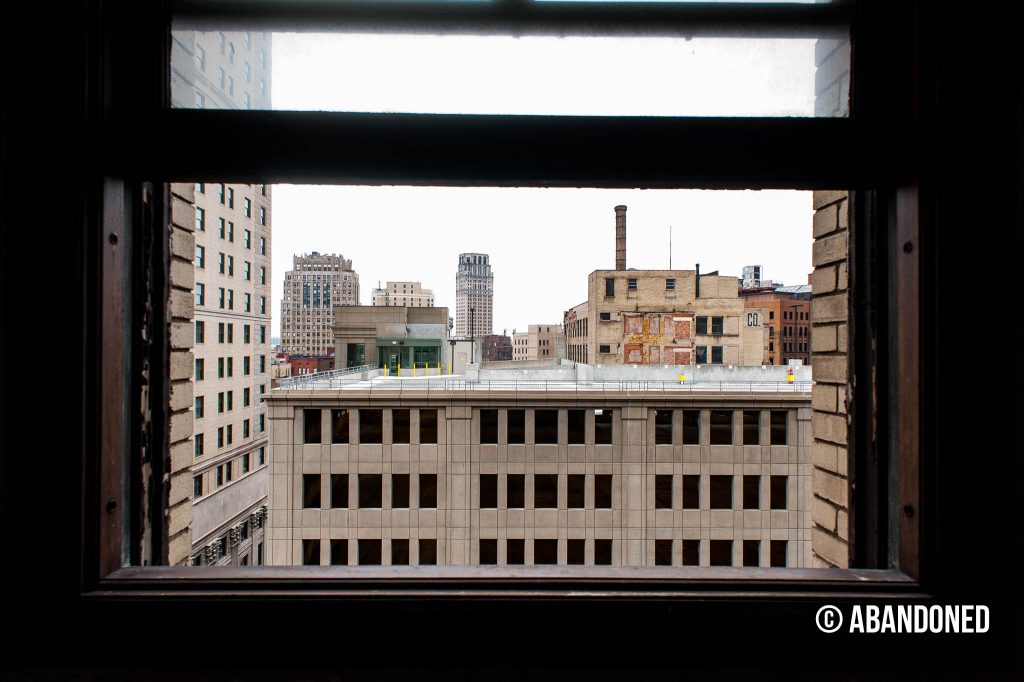 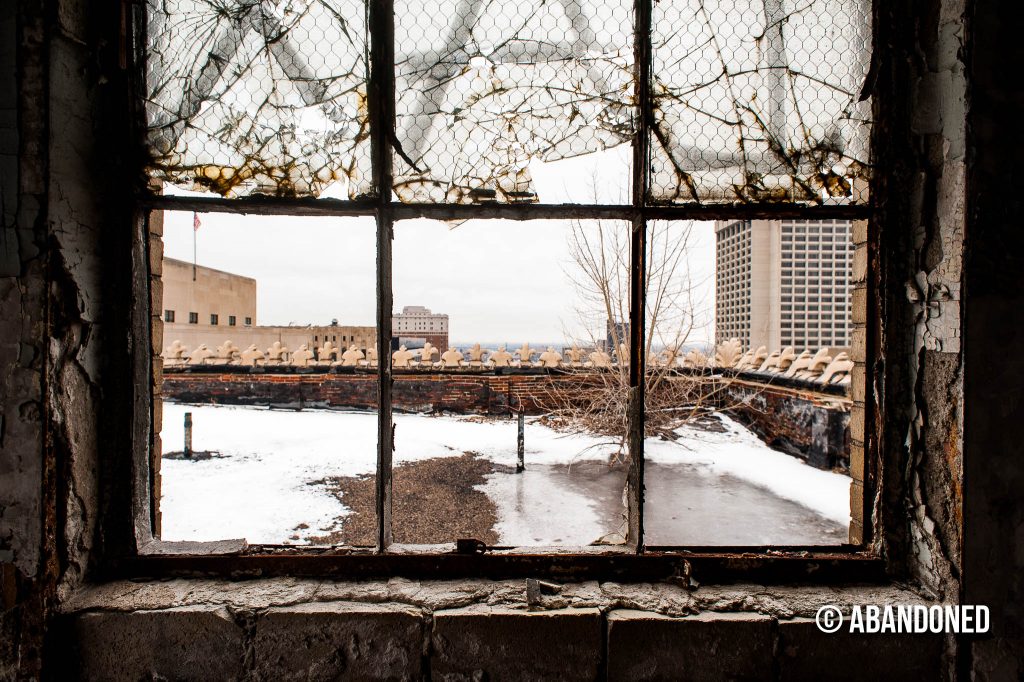 The Homestead of David Snowden, Jr.

Over the summer, I was able to venture into the closed St. Mark Catholic Church in Cincinnati, Ohio to photograph more of its intricate elements, and to follow up on two prior visits. Located in the E…
END_OF_DOCUMENT_TOKEN_TO_BE_REPLACED
Category NewsPosted on March 2, 2010April 23, 2015

Industrial Towns on the Edge

America continues to lose its edge on manufacturing. In an article authored by Rick Hampson for USA TODAY, he explores the notion of several industrial communities that are "teetering on the edge" of …
END_OF_DOCUMENT_TOKEN_TO_BE_REPLACED
Category ExplorationsPosted on June 1, 2012January 19, 2017

Along Downtown Mansfield Inc. and Preservation Ohio's Forbidden City Tour in Mansfield, Ohio was a stop at 98 North Main Street that was home to various businesses at one point, including the Mansfiel…
END_OF_DOCUMENT_TOKEN_TO_BE_REPLACED