Lee Plaza is an abandoned Art Deco styled luxury apartment building in Detroit, Michigan. It is listed as a State Historic Site and is on the National Register of Historic Places. During its heyday, the complex was known for its catchphrase: “You will never miss your home when you stay at the Lee Plaza.”

Proposed by Ralph T. Lee, a self-made millionaire who began working in a furniture store and engraving company before transitioning into the real estate business, Lee Plaza was the cumulation of Lee’s vision for a grander Detroit. 3 5 In October 1919, Lee left his job as an engraver with the J.B. VanAlstyne Engraving Company to start up a construction company, located on the fifth floor of the General Motors Building, completing apartment complexes throughout the city.

Lee set about to construct one of the most opulent apartment buildings in the city on West Grand Boulevard, envisioning that the wide roadway would be lined with dense, upscale residential mid-rises. Designed by Charles Noble with a set budget of $1.1 million, 5 Lee Plaza was planned as an upscale apartment tower with hotel services. 1 4 5 The ground was broken for the 15-story structure 3 on May 1, 1927, which was completed in 1929 by the Otto Misch Company 5 at the cost of $2.5 million. 2 4

Lee Plaza was decorated with terracotta sculpture and tile that represented the Art Deco style with a Mediterranean influence and faced with orange-glazed brick. 3 The top featured red Spanish tile and was capped with copper. The interior was fitted with 220 one- to four-room apartments, each featuring a Servidor for the dry cleaned clothing. 3 5 The one- and two-bedroom units came furnished while fittings for the three- and four-bedroom units were optional. 5 The first floor contained a small grocery store and ballroom, while the basement featured a beauty parlor, children’s playroom, and game room. Other amenities included daily maid service and radio service. The common areas boasted Italian marble floors, exquisite walnut wood paneling, hand-painted frescos, and detailed barrel-vaulted ceilings with polychromed plasterwork. Most notable was Peacock Alley, named for the use of blue, gold, and green colors in the coffered ceiling of the barrel-vaulted walkway.

Lee sold his namesake tower to the Detroit Investment Company at the start of the Great Depression, but by December 1930, the company was behind on its payments by $1.1 million. 3 The Metropolitan Trust Company was appointed as the receiver but it went into receivership, with ownership transferred to the Equitable Trust Company in 1931. Lee Plaza was insolvent by 1935, and the legal and financial woes continued until the property was sold to local real estate dealer Charles Owen in August 1943 for $475,585. Owen had owned a third of the outstanding bonds on the structure.

By the 1940s, with apartment homes falling out of favor, transients and short-term renters began filling Lee Plaza. 3 The Lee Plaza Company was formed to acquire the assets of Lee Plaza for $600,000. 3 In the 1960s, the building was sold to a developer who conducted minor renovations before selling it to the city in January 1969 for low-income senior apartments.

Lee Plaza was added to the National Register of Historic Places on November 5, 1981. 3 A lack of funding for the deferred maintenance to Lee Plaza forced its closure in 1997.

In 2000, more than 50 terracotta lion heads were stolen from Lee Plaza and were missing until six of the heads were spotted in a new residential development project in Chicago, Illinois. 3 The developer, Greene & Proppe, had purchased them for less than $1,000 each from Architectural Artifacts of Chicago. The dealer had acquired them from an antique dealer in Saline, Michigan. Architectural Artifacts helped track down some of the stolen lion heads, and 24 of the lions, along with three stone griffins, valued at more than $2 million, were removed from the Chicago development in May 2002. The ornamentation was put into storage for reuse at the Lee if it is redeveloped. 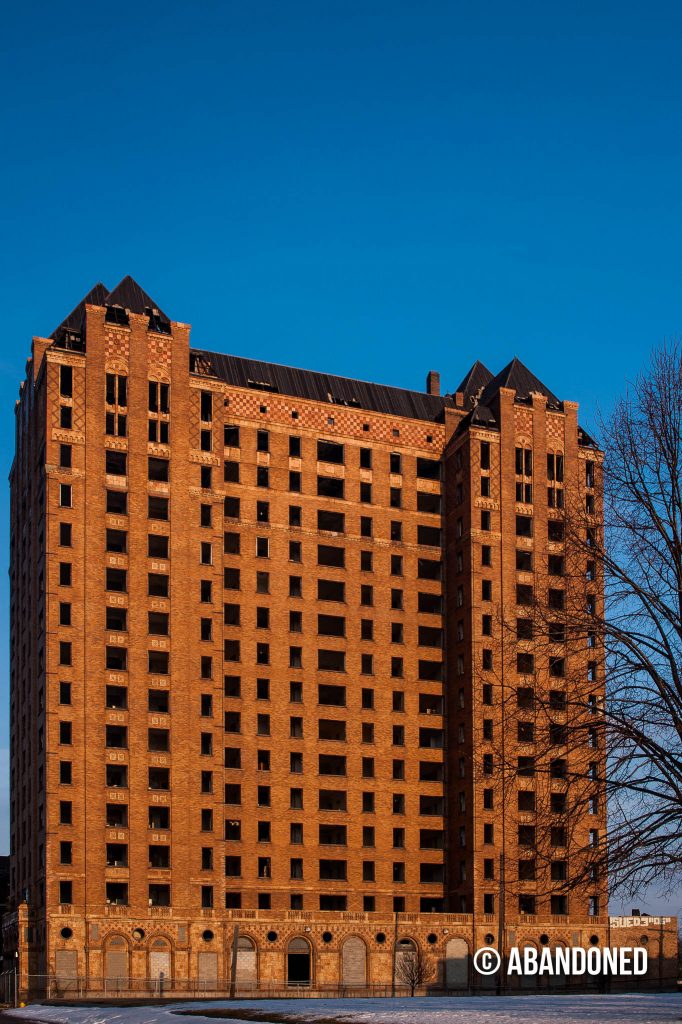 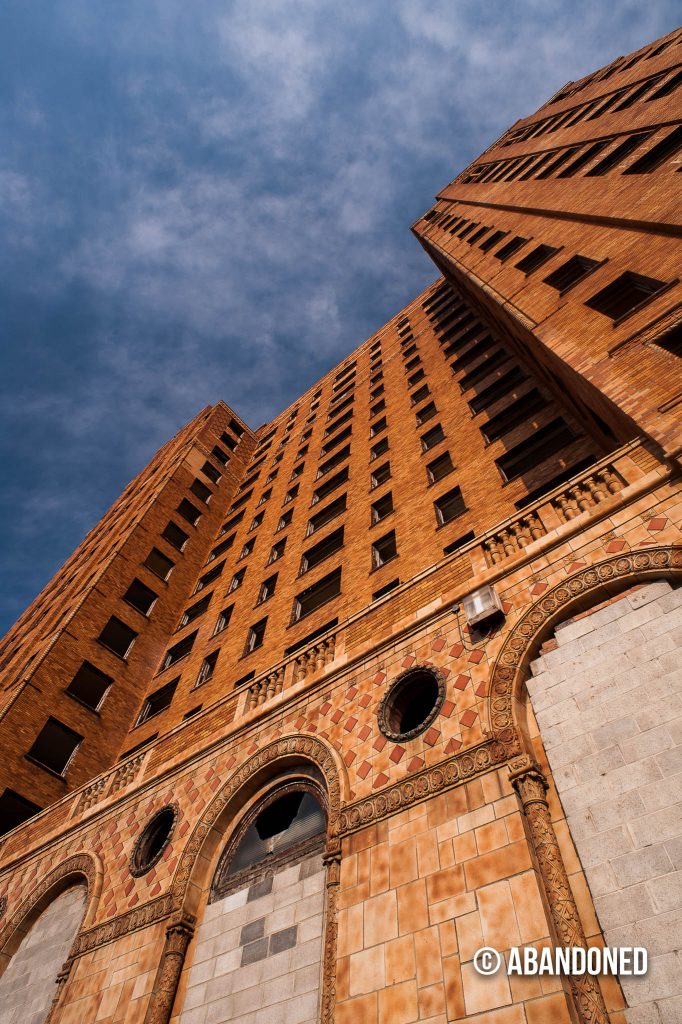 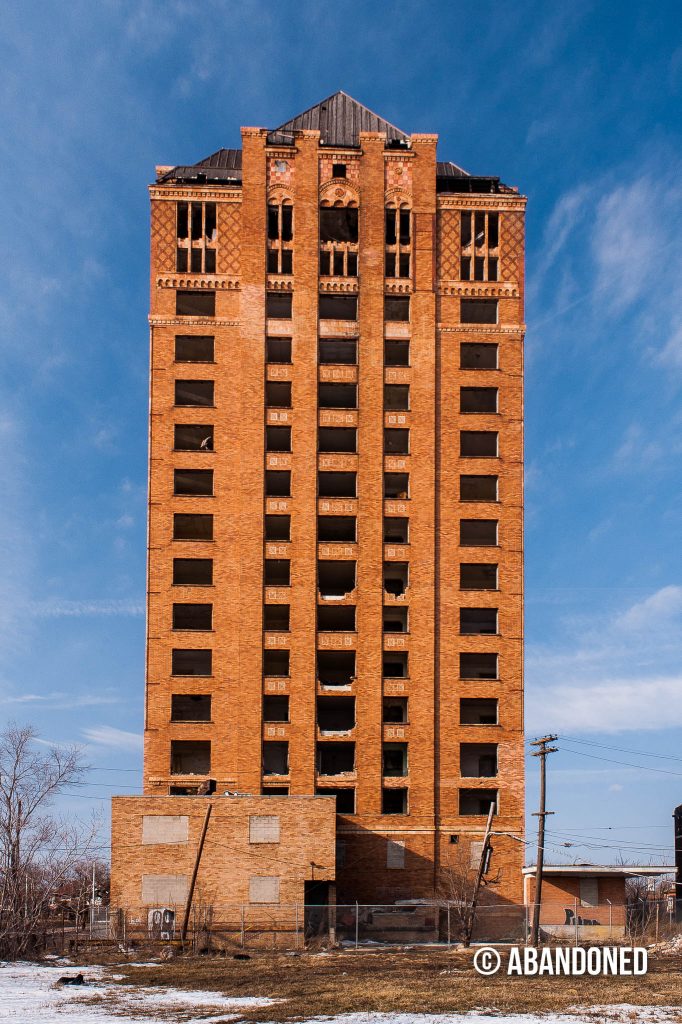 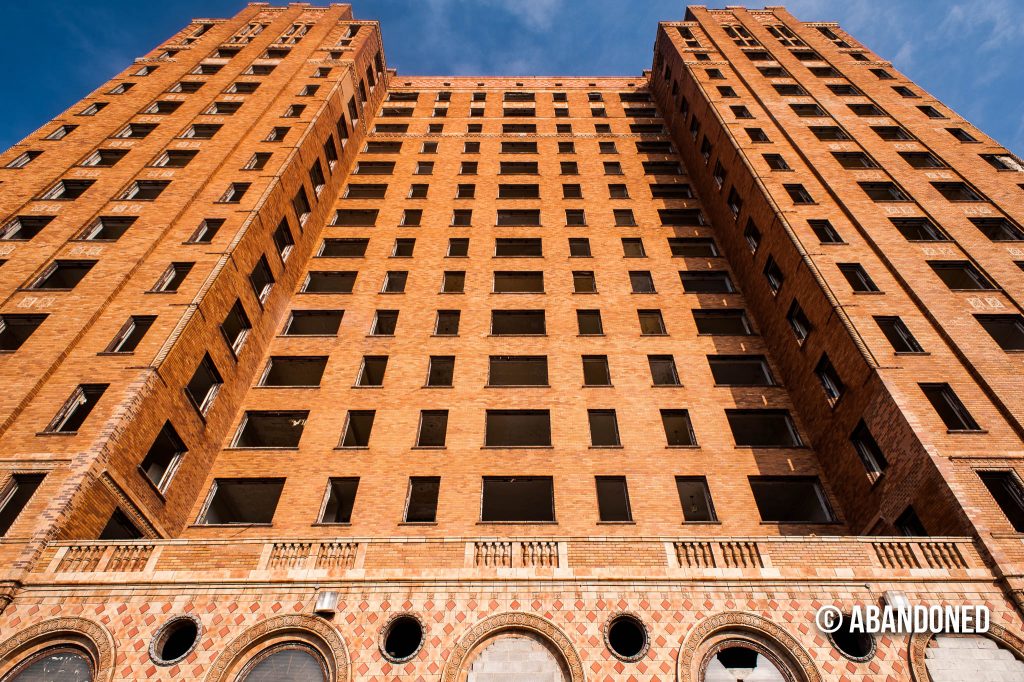 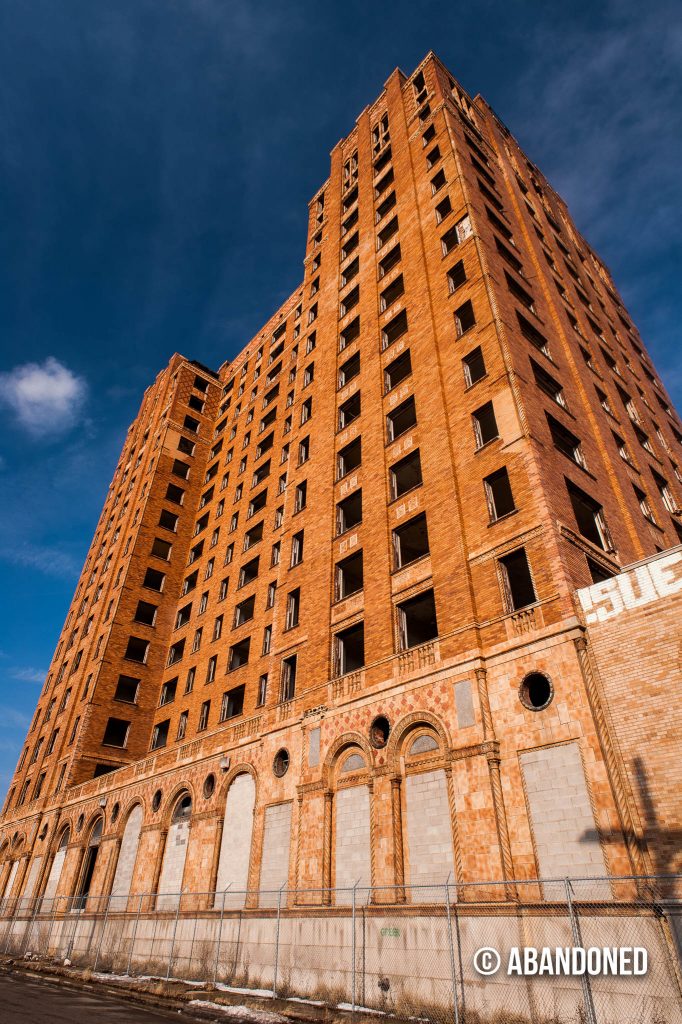 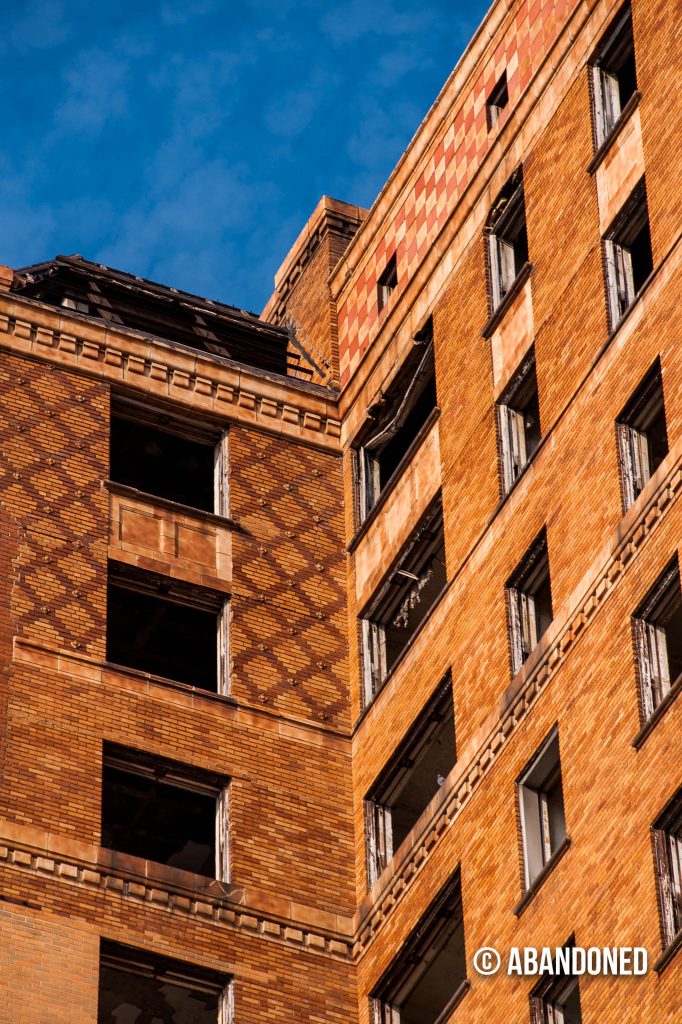 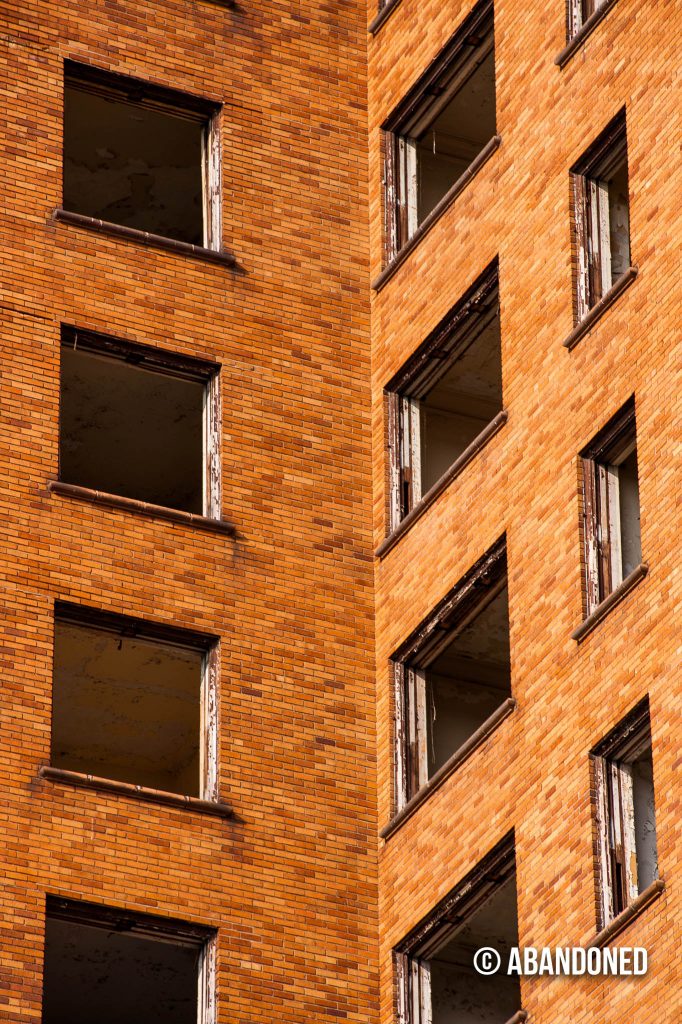 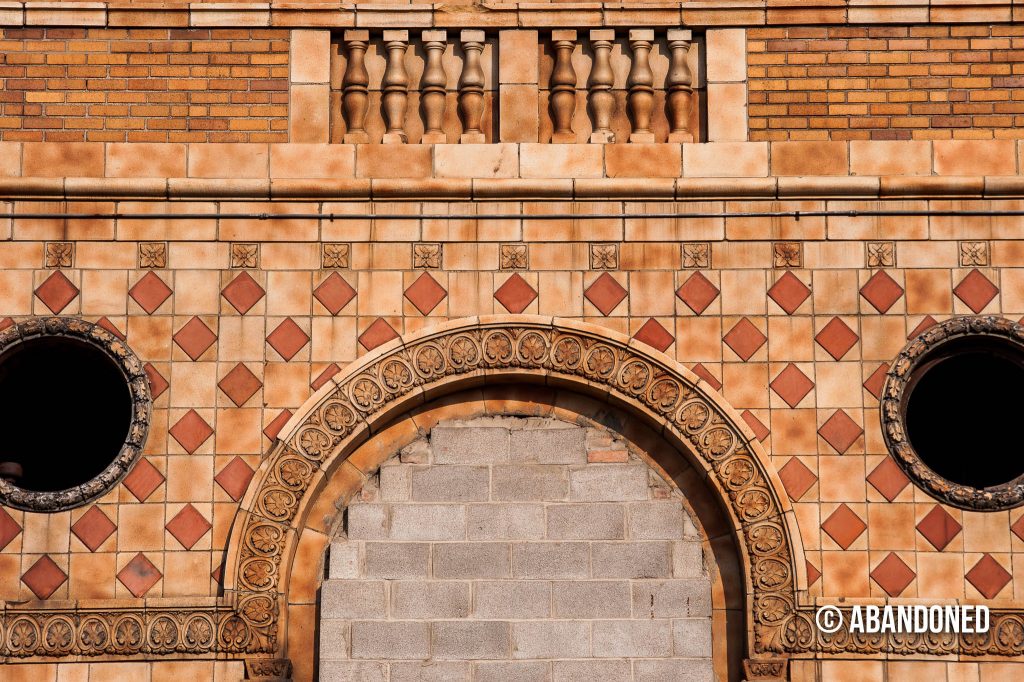 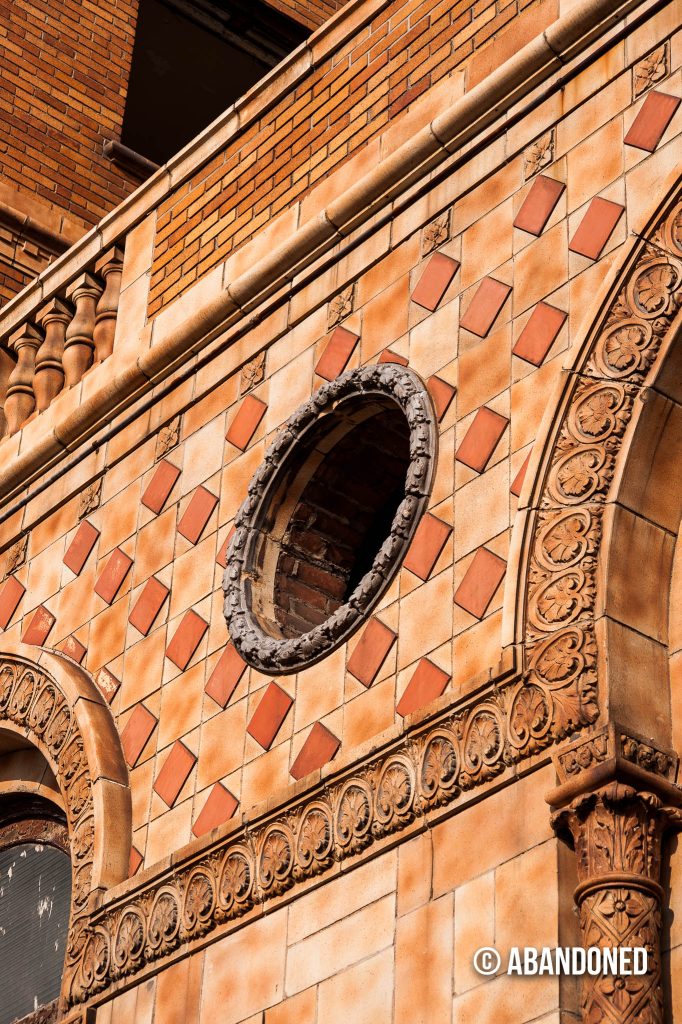 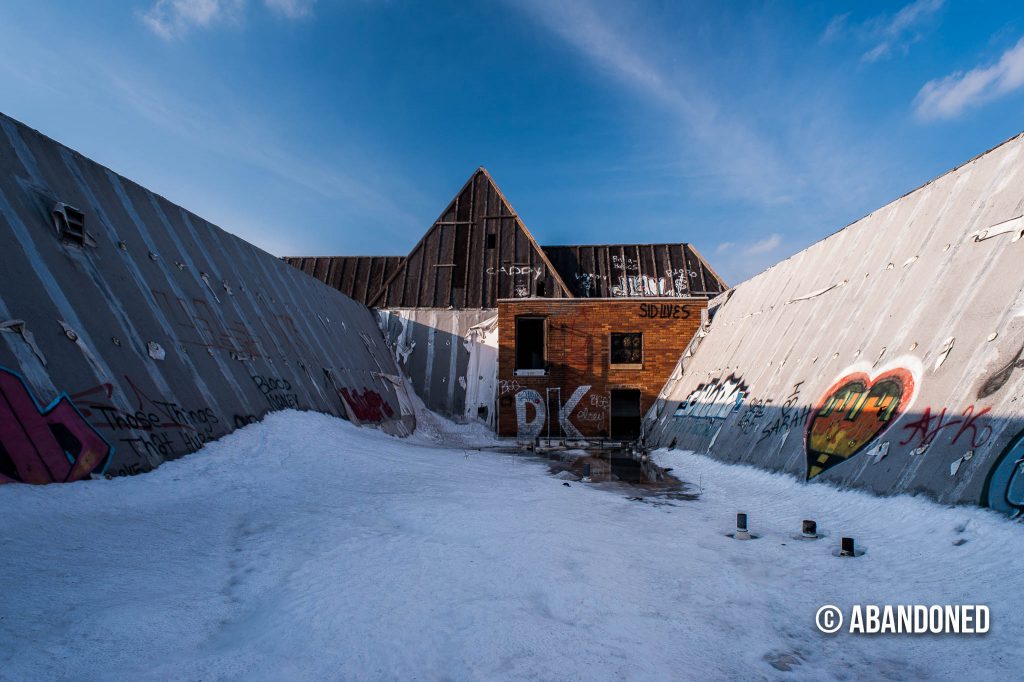 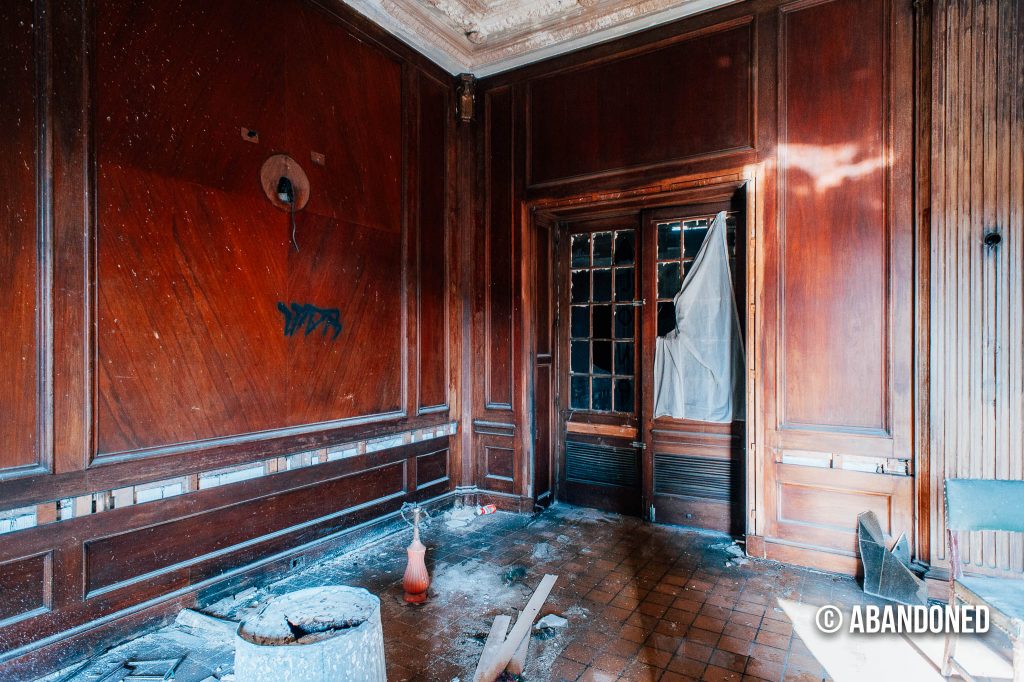 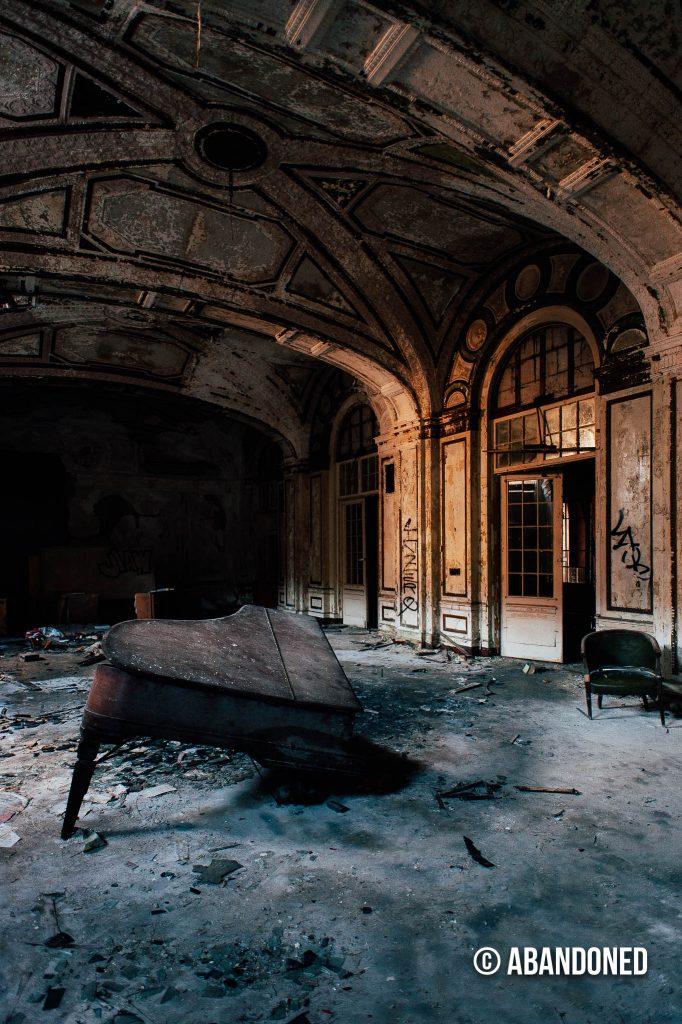 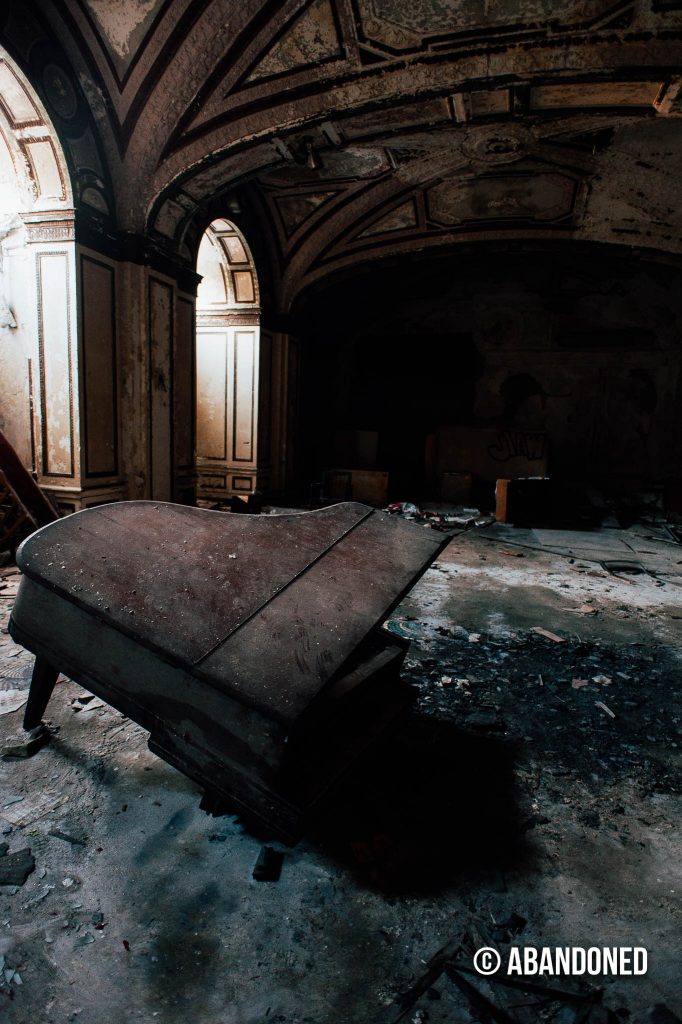 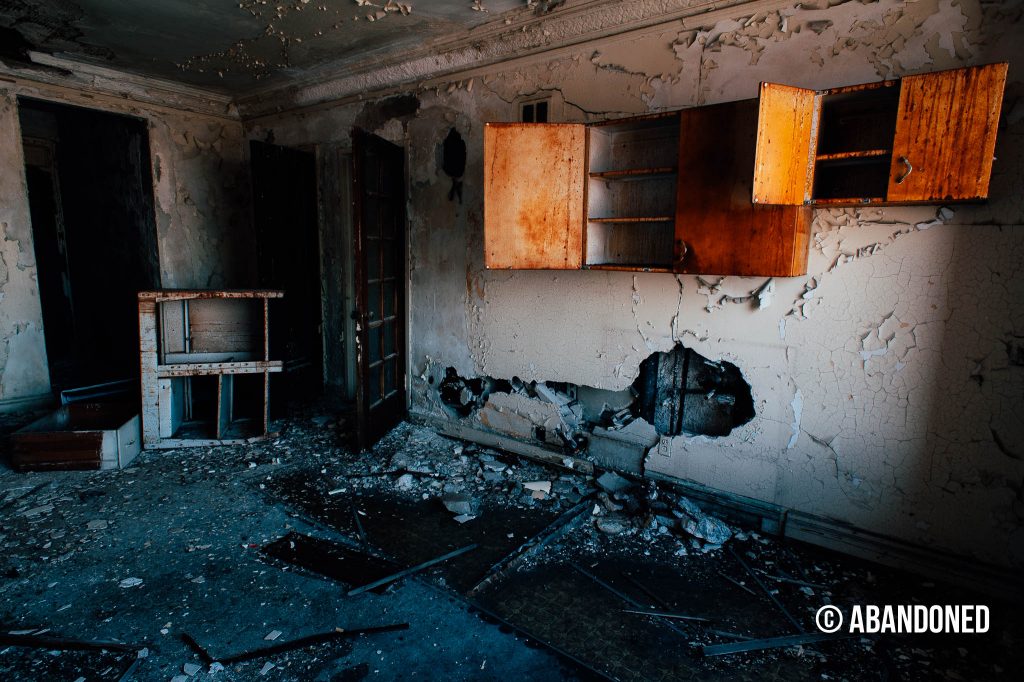 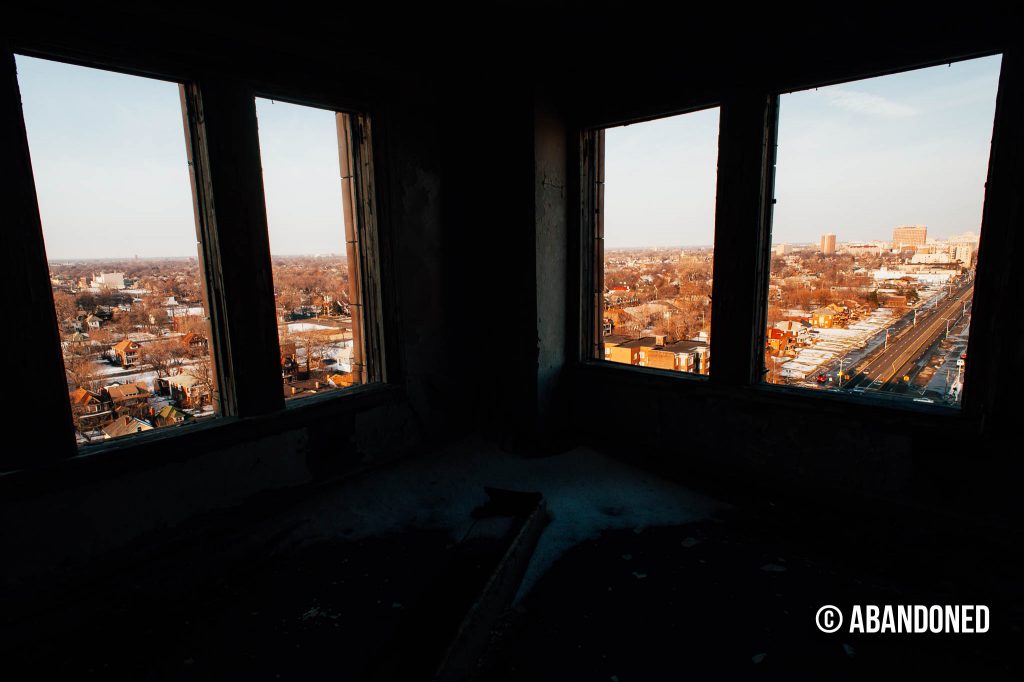 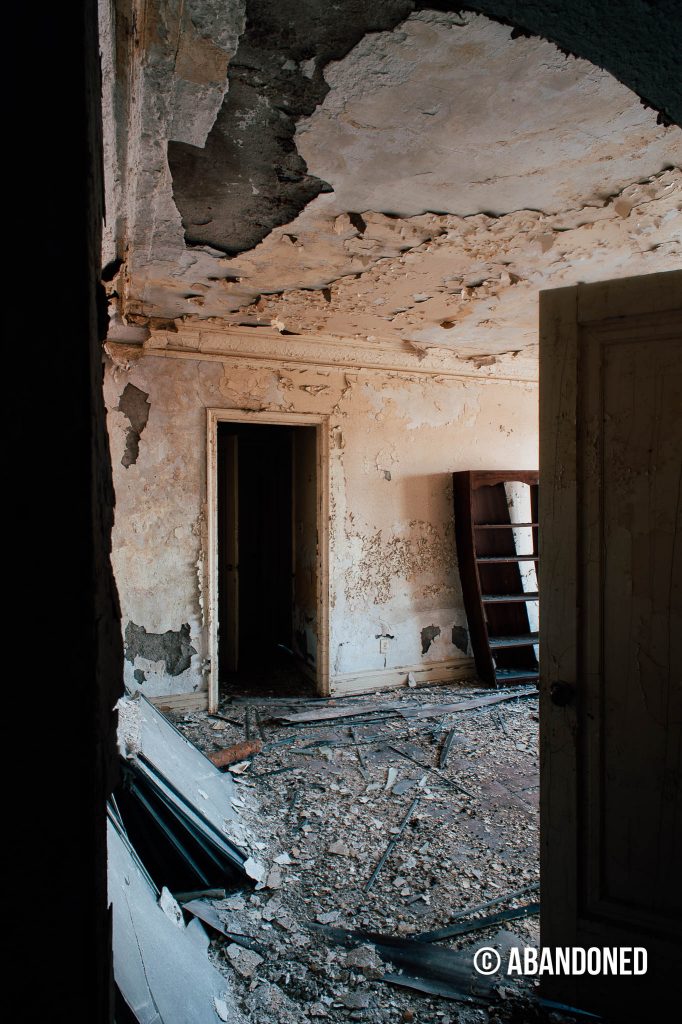 Wean United was located in Youngstown, Ohio. It was a manufacturer of equipment that was used to process and finish flat rolled steel, steel and iron rolls, iron castings, coupling boxes, annealing bo…
END_OF_DOCUMENT_TOKEN_TO_BE_REPLACED
Category NewsPosted on December 30, 2010March 11, 2014

The fall of Niagara Falls

On a misty night in late October, a stringy-haired newspaperman bellied up to the bar at Frankie G's, a musty dive in Niagara Falls, the decrepit city in western New York State that sits atop one of t…
END_OF_DOCUMENT_TOKEN_TO_BE_REPLACED