The 250-acre Ellerslie Estate, which included a 21-room mansion that was constructed in 1787, was located along Old Boonesborough Road (today’s Richmond Road) in the Commonwealth of Virginia. 3 It was the oldest brick house in the county and the second-oldest in the Commonwealth of Kentucky. The residence was constructed by Levi Todd, one of the founders of the city of Lexington and a grandfather of Mary Todd Lincoln, Abraham Lincoln’s wife.

By the 1920s, the estate had been subdivided into parcels for industry, working-class homes, and businesses. A local water company razed the mansion in 1946 after having been purchased several years prior.3

In 1971, John W. Waites Associates 4 constructed a 428,000 square-feet shopping center on the grounds of the Ellerslie Estate. 5 The first tenants included a McAlpin’s Shoppers Choice Supermarket and a discount store, but the remainder of the complex was not completed due to the bankruptcy of the developer. Saul Subsidiary Incorporated purchased the mall in bankruptcy proceedings, completed construction, and opened the indoor mall in September 1975 with 48 tenants and a 295,723 square-feet McAlpin’s department store.

Notable tenants for the mall included McAlpin’s for the Home Store and Dawahares. 7 The McAlpin’s Shoppers Choice Supermarket was later replaced with County Market.

The mall proved successful. In January 1984, the mall expanded with a new freestanding 72,000 square-feet County Market, which boasted 20,000 items for sale. 4 Heleringer’s, a Louisville furniture store, expanded into the original County Market in March. 8 For December 1988, the Karmelkorn Shoppe was ranked number one in sales for the nation, selling 16,250 pounds of popcorn. Its sales were topped in December 1989 when its in-store revenues increased by 30%. 7

McAlpin’s renovated their department store in early 1993, 6 freshening the interior with new tile, carpet, and lighting. McAlpin’s was acquired by Dillard’s in 1998. In October 1993, County Market closed due to declining sales, followed by the two-screen Sony Theaters in June 1997; 1 it was replaced with the Lexington Cinema Grill in September 1998.

By the 1990s, other shopping malls had sprouted up in the Lexington landscape. The more massive Fayette Mall on Nicholasville Road announced a major expansion project that included a new Dillard’s department store and wing. 6 In reply, the Lexington Mall announced renovations for 1995, followed by another announcement in September 1996 for a second story addition to the central concourse. 1

In October 1997, the first stores at Hamburg Pavilion opened at the former Hamburg Farm on the east side of the city. 1 The sprawling shopping center, anchored by over one-million-square-feet of retail, led to a sharp decline in tenants at the Lexington Mall.

The future of the Lexington Mall was in question by 1999.4  Dillard’s, the last tenant at the shopping center, closed in September 2005. 2 Two out-lots, Applebee’s and Perkin’s remained open. 10

In December 1997, Home Depot, a home-improvement superstore, demolished the former County Market grocery store. 4 Home Depot had purchased the store’s lot for $4.4 million in 1996 but soon found itself embroiled in legal predicaments with the owners of the mall, Saul Subsidiaries. Saul had wanted Home Depot to connect its building to the mall’s concourse, however, Home Depot constructed a free-standing store adjacent to the shopping center instead.

Saul insisted that Home Depot violated a private, written 1969 agreement between the then-developer John W. Waites Associates and any future tenants. The Lexington Mall was, however, constructed on two pieces of property: the mall with the former McAlpin’s on one lot, and County Market, then Shoppers Choice Supermarket, on another.

On July 3, 2010, Southland Christian Church announced that it was involved in a pending deal to acquire the Lexington Mall property from Saul to build its third campus. 11 A letter of intent to purchase the property for $8.132 million was submitted to Saul on August 27, 12 and the deal was closed on September 27. 10 13

Southland hired EOP Architects to design its new campus 10 and Messer Construction was retained as the construction management firm. 13 Southland spent approximately $30 million to redevelop the property, which involved the demolition of the mall’s concourse and the construction of a 51,000 square-feet, 2,000-seat worship center in its place. 13 15 The Dillard’s store was reused for church offices and ancillary services. 12 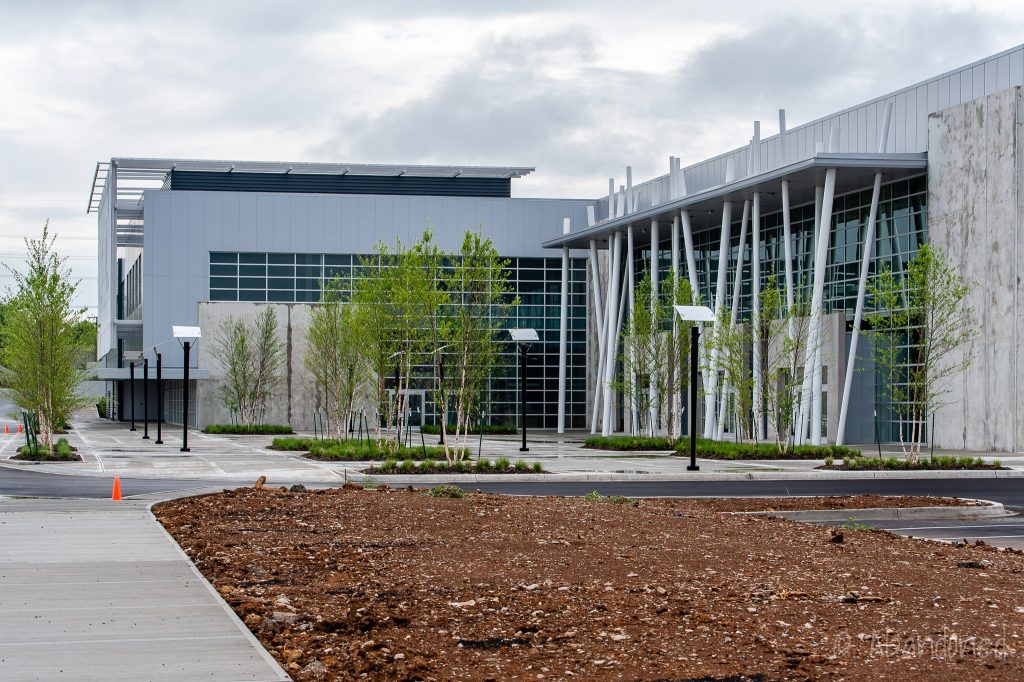 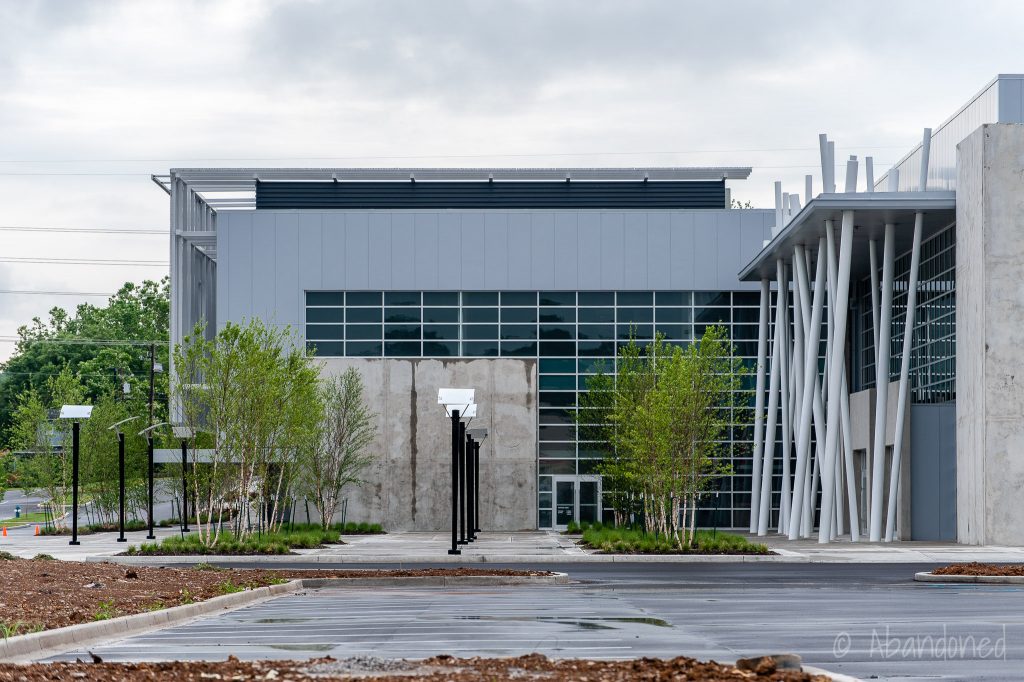 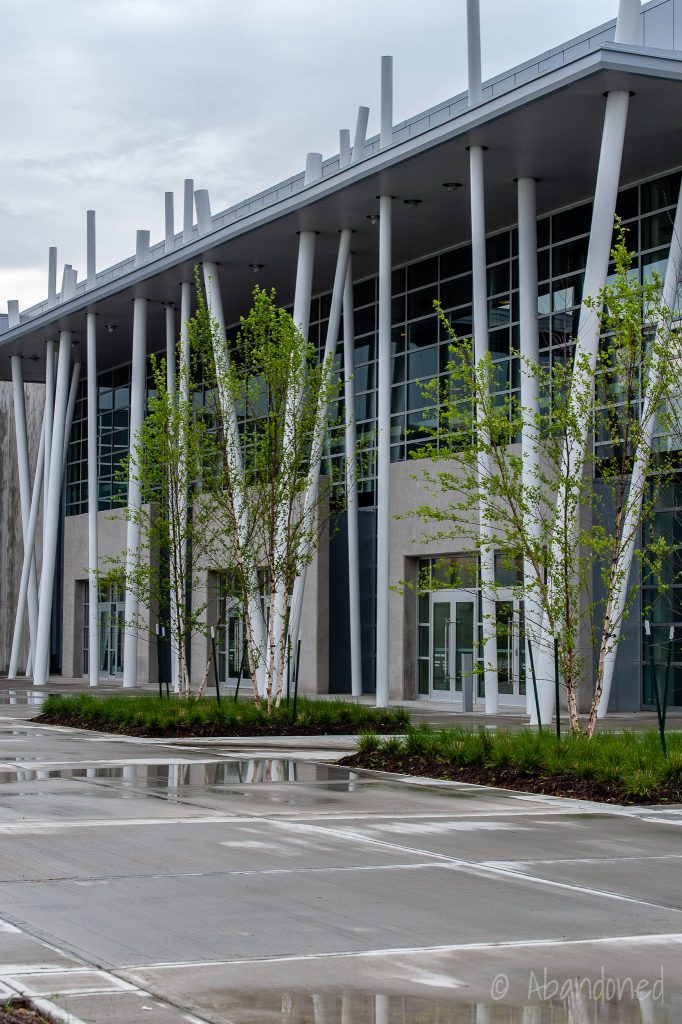 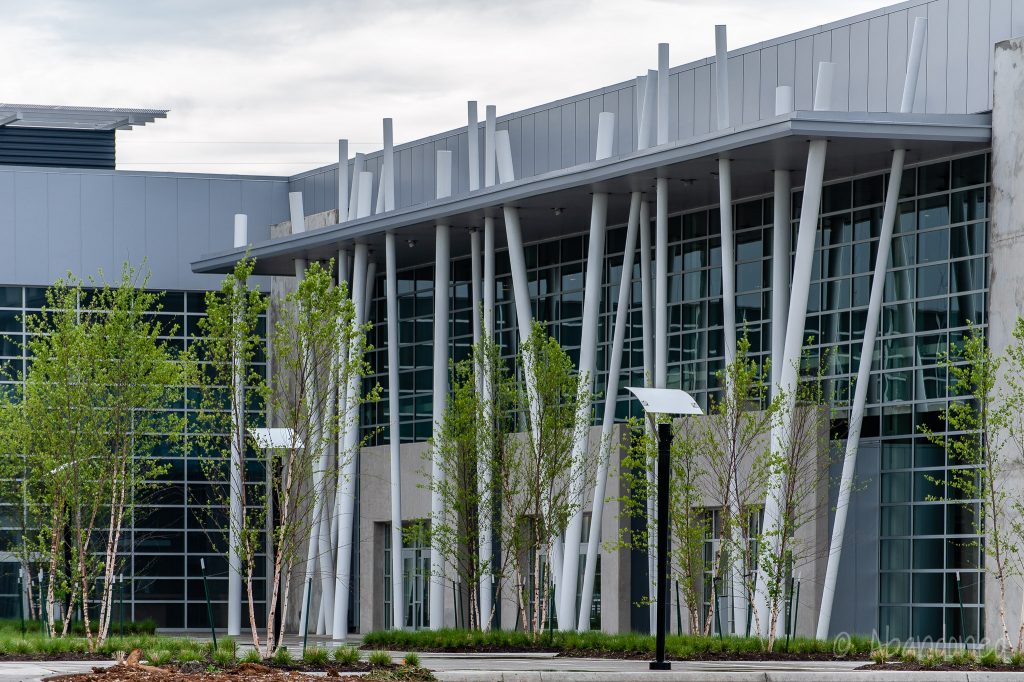 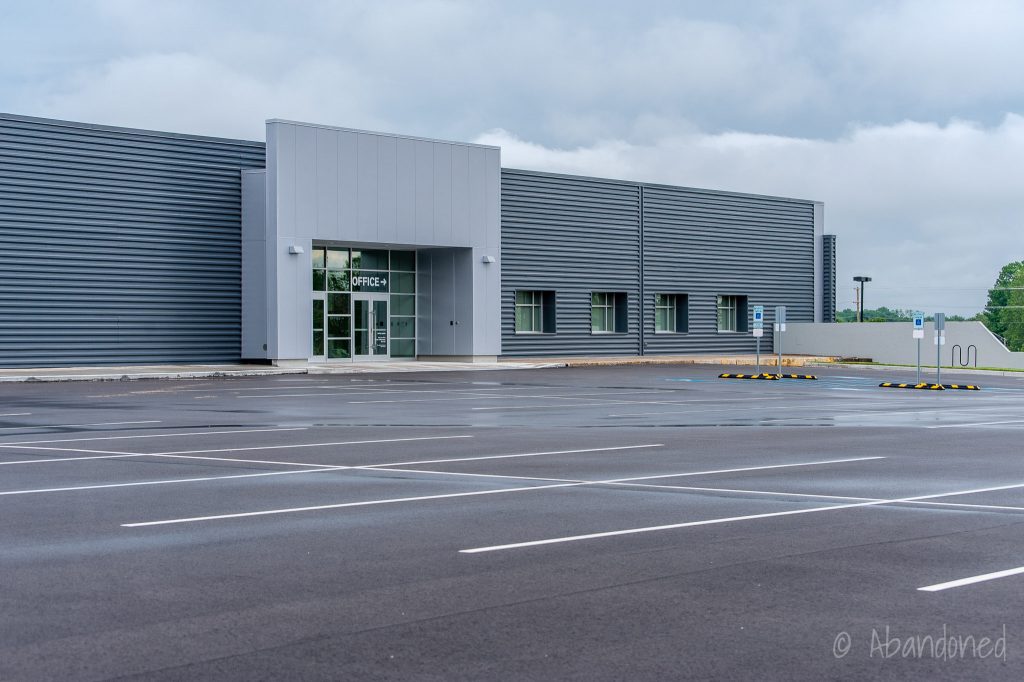 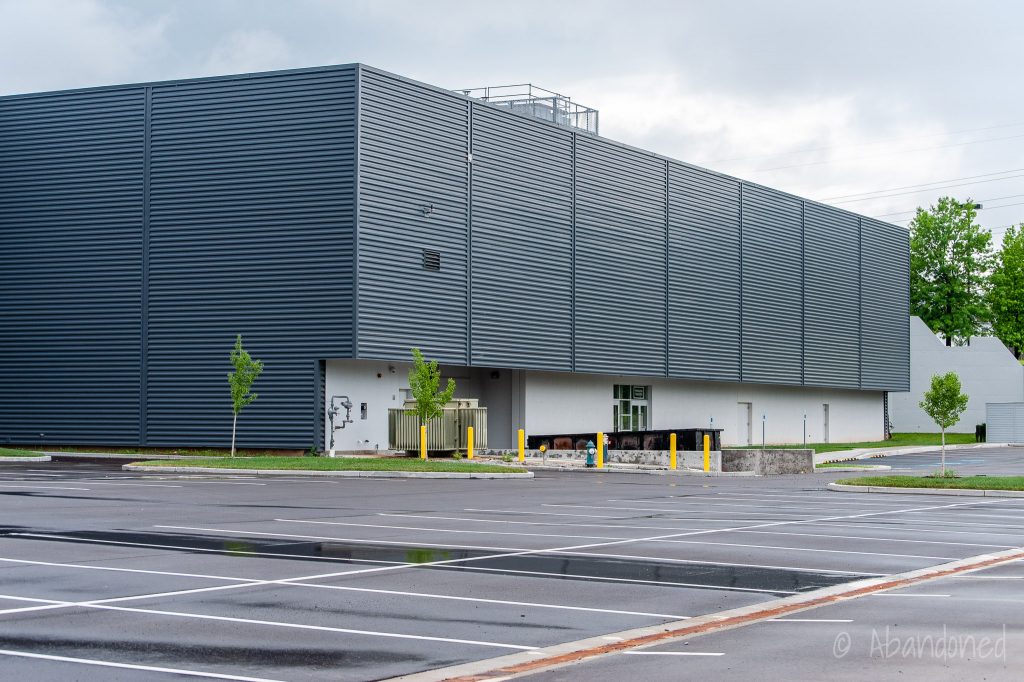 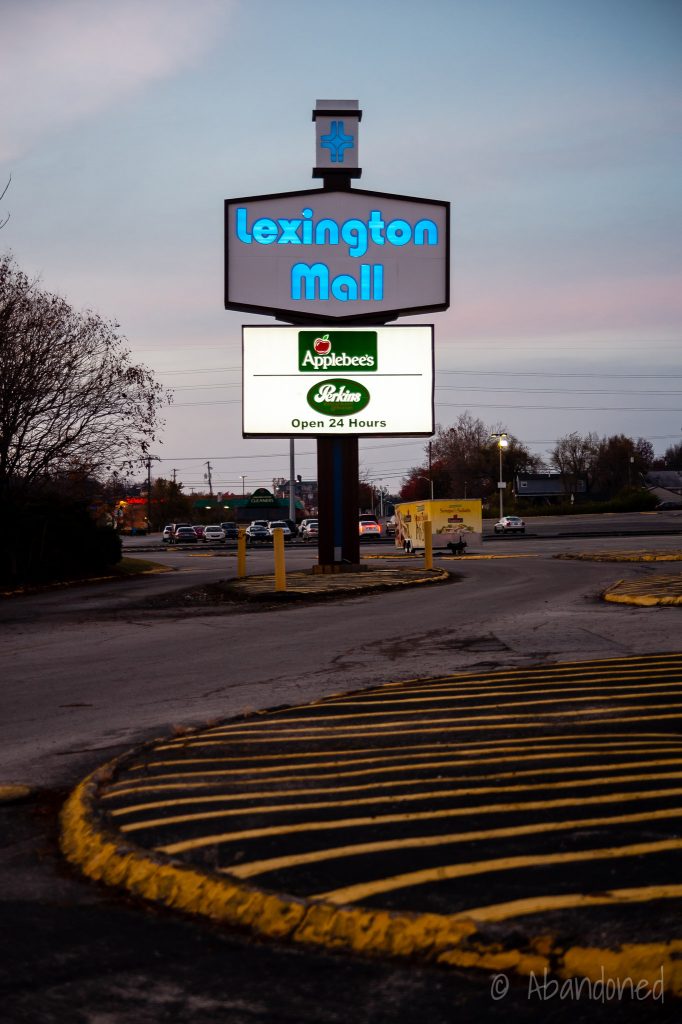 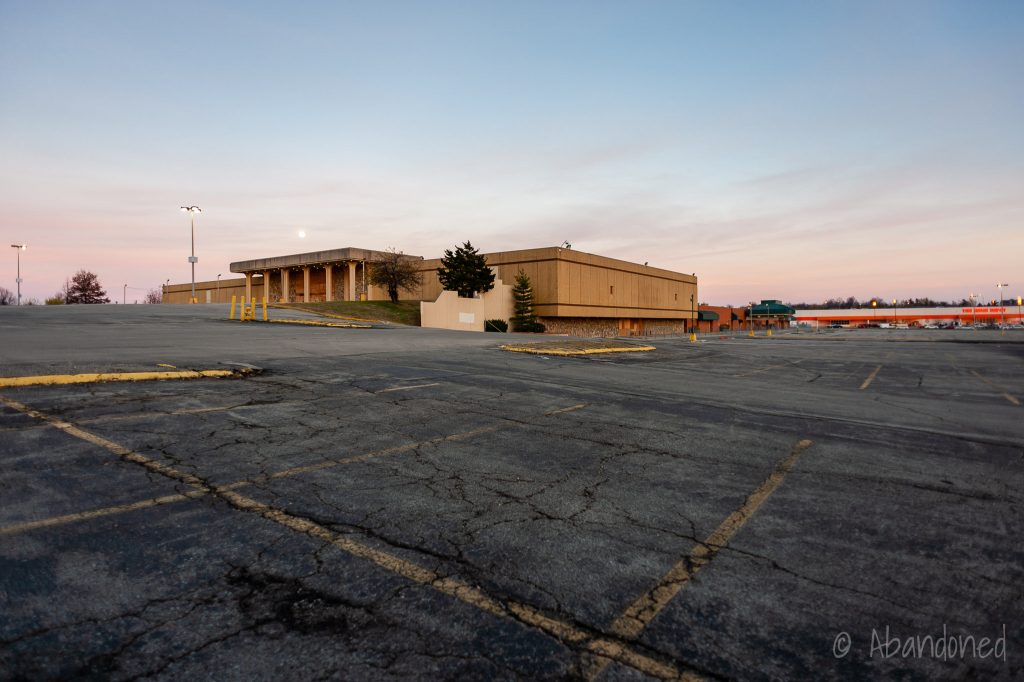 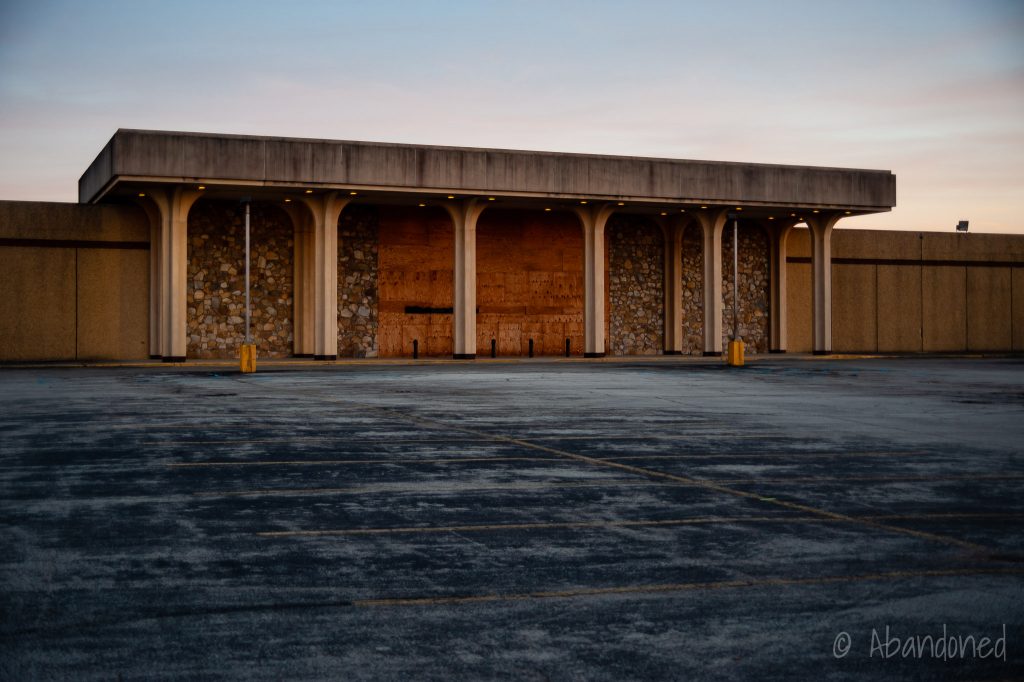 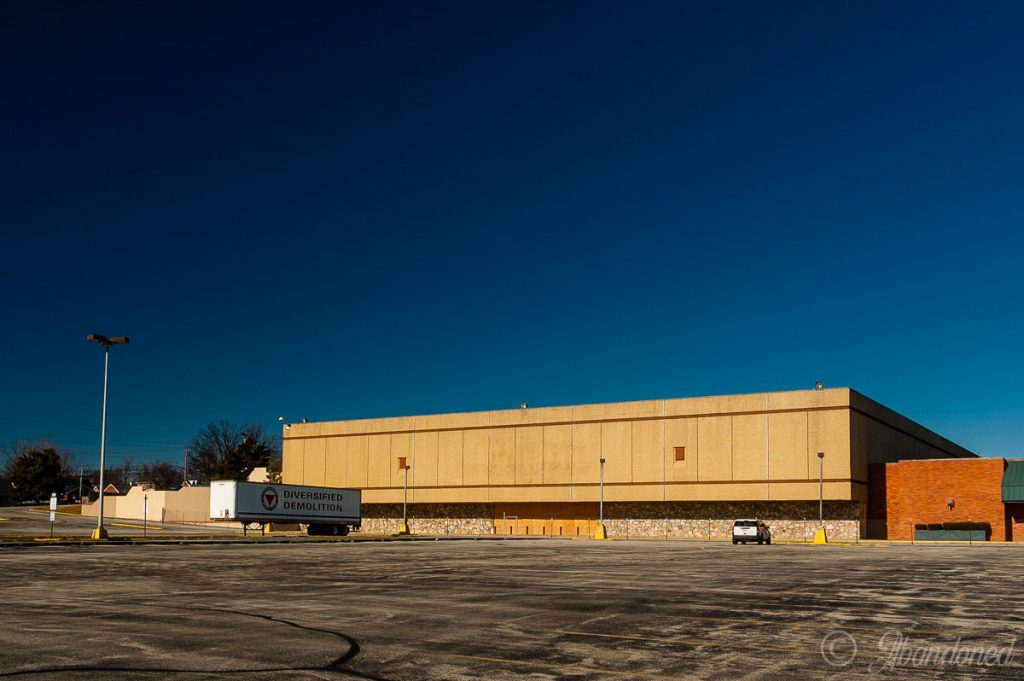 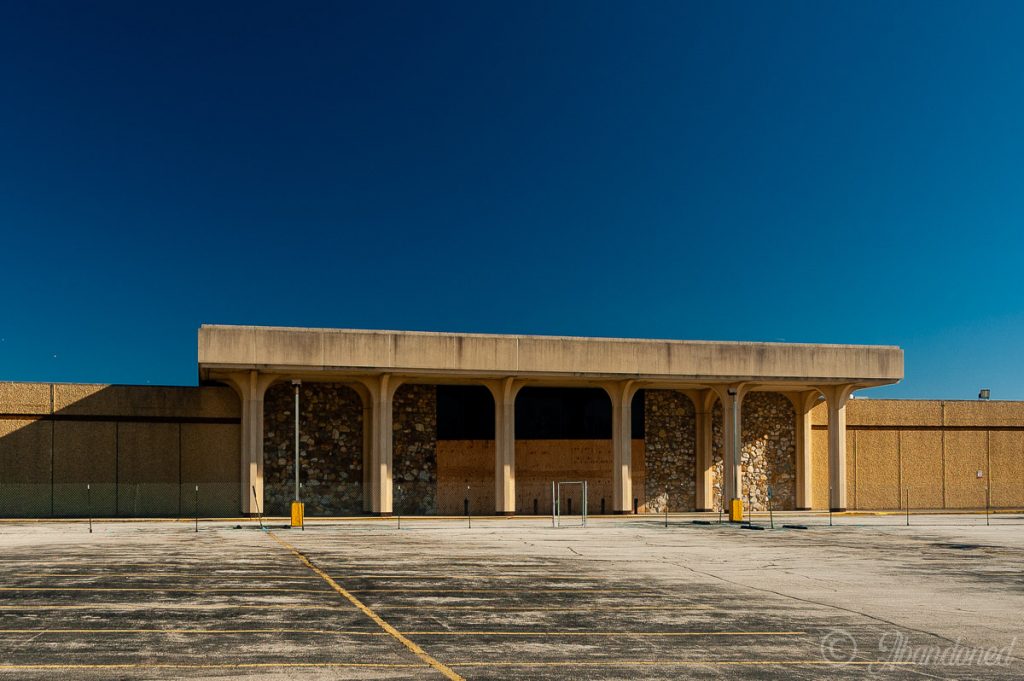 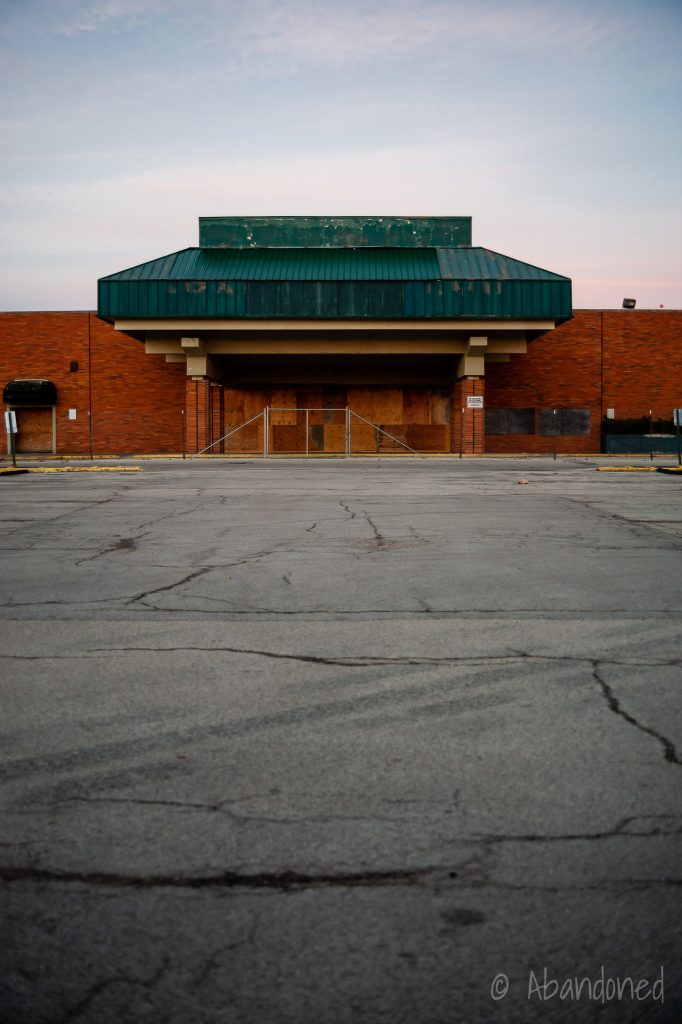 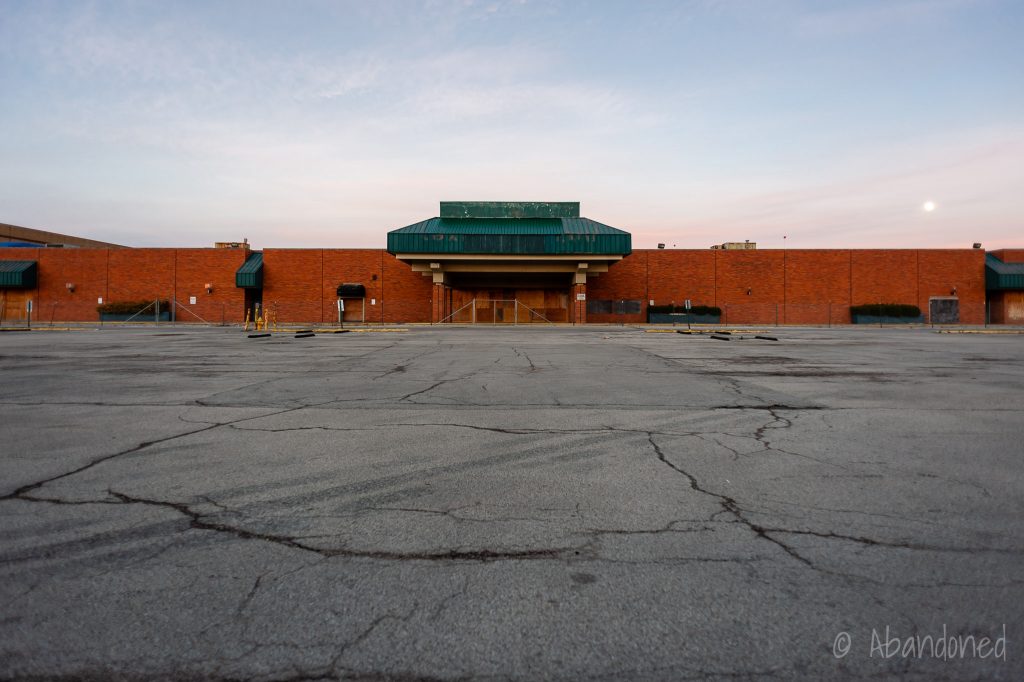 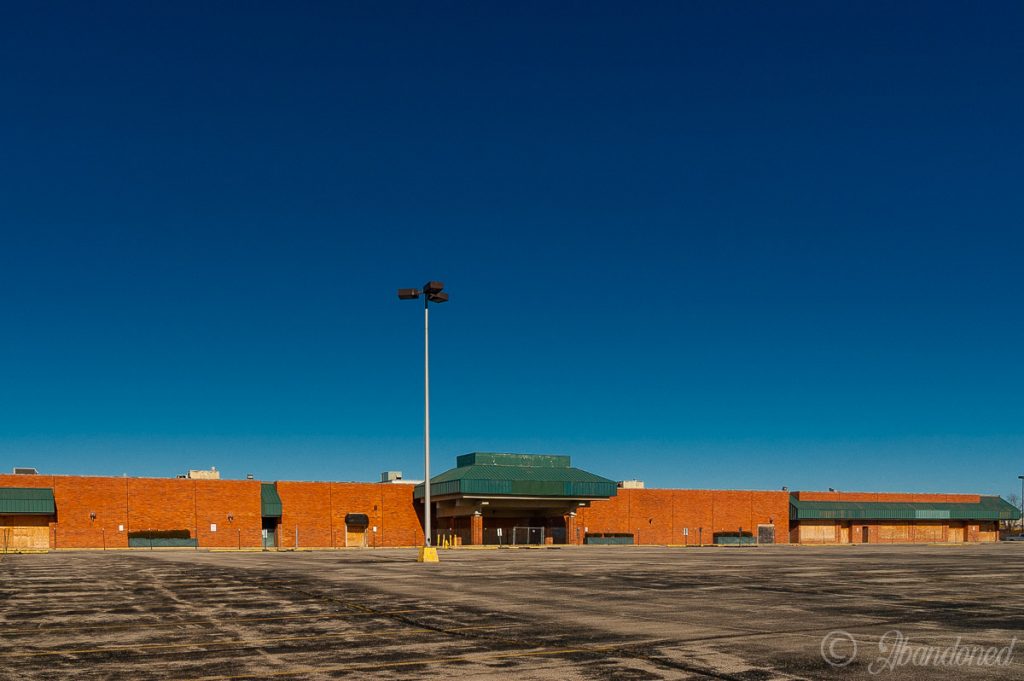 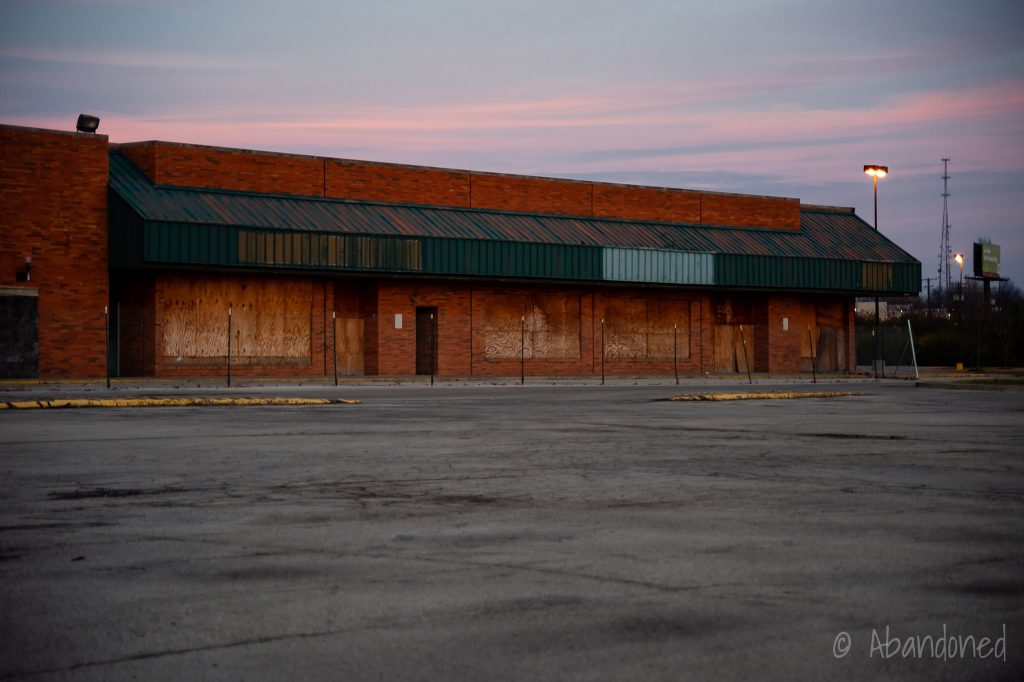 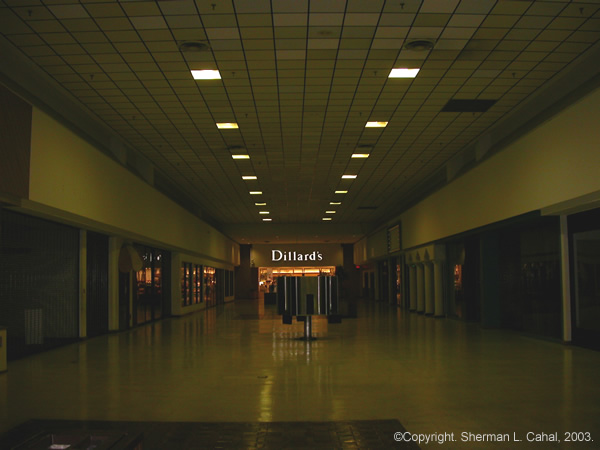 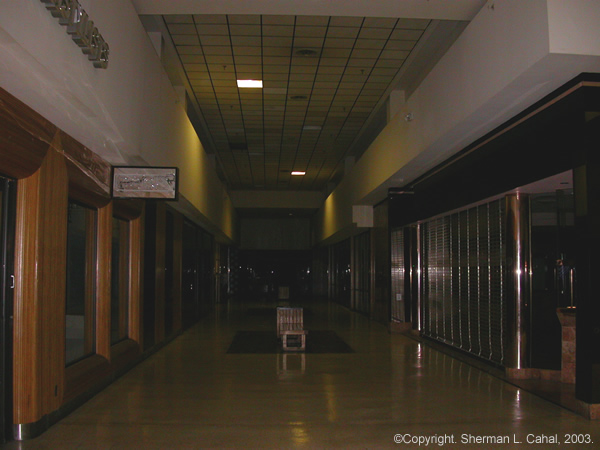 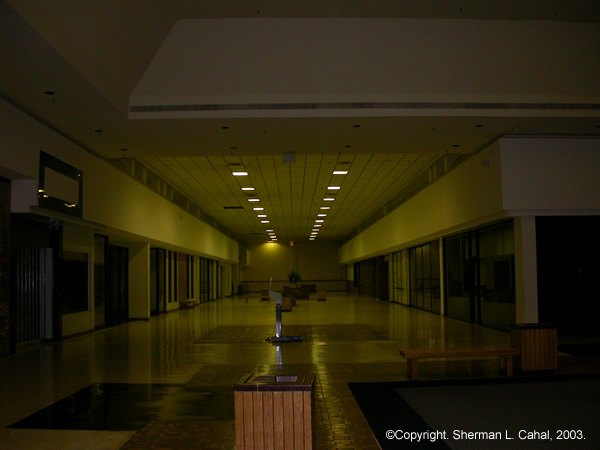 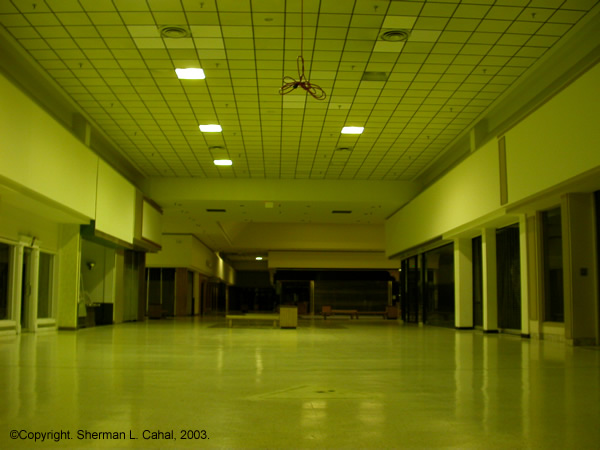 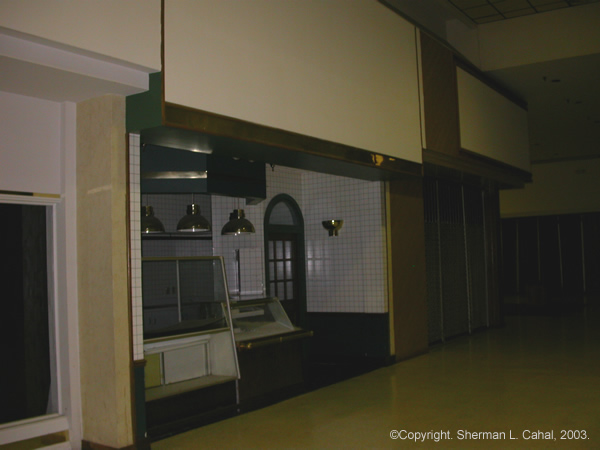 On Friday, January 7, from 6-9pm, The Carnegie Visual and Performing Arts Center will host the opening reception for Isolation & Togetherness. Featured will be the works of several artists, includ…
END_OF_DOCUMENT_TOKEN_TO_BE_REPLACED