Mayview State Hospital is a former state mental institution in Allegheny County, Pennsylvania. It closed in December 2008 and was demolished several years later.

One of the earliest mental institutions in Allegheny County was a 30-room poorhouse, orphan home, and mental hospital for the city of Pittsburgh, which was overcrowded by 1846. 1 The city acquired 150 acres along the banks of the Monongahela River and constructed a 300-patient, three-story replacement institution, but this, too, became overcrowded.

The county sought a location in the countryside, believing that a combination of rest, talk, and manual labor would rehabilitate patients. It was an extension of the York Retreat, a radical departure in mental illness treatment that had been founded in 1796 by the Quakers and others. Marshalsea, named for the London debtors prison, was constructed on 243-acres of the George Neal Farm in southern Allegheny County in 1893. 1 2 It could house 340 patients. 2 The existing poorhouse was sold to the Carnegie Steel Company for $450,000. 1

A building to house the specifically mentally challenged was added in 1899 1 but it was not long before it had a reputation “as a place of sorrow.”

“Poor wrecks of humanity they are – some mental, some physical, some moral wrecks – stranded, at last dependent upon the city for enough to keep a miserable broken body and a poor shrunken soul together. […] If there is to-day a discontented man or woman in this city I prescribe a trip to Marshalsea. The blood may flee from the face at times and pity clutch at the heart strings.”
-Home Monthly, 1900

A contest was held in 1916 to find a more suitable name for the facility in an attempt to ward off the negativity surrounding Marshalsea’s reputation. 1 Mayview won out of the four finalists and the hospital was renamed to the Pittsburgh City Home & Hospital at Mayview. 2

A coal mine at Mayview opened in 1917, which fed fuel into an on-site power plant that produced steam for heat and electricity for the buildings; 1 it was in operation until 1956. 2 A hospital-operated farm-raised approximately 60% of the food that was consumed in the complex.

The Commonwealth of Pennsylvania assumed responsibility for Mayview’s 3,200 residents on June 1, 1941. 2 An observation unit was established in 1946, which provided evaluation and treatment for individuals in the criminal justice system. 3 It became the forensic center in 1974. 2

Through advances in treatment for those with mental illness, state hospitals such as Mayview experienced patient declines. In 1969, more than 27,000 were housed in state hospitals, a number that declined to 4,900 in the mid-1990s and less than 2,000 by 2007.3

In the early 1990s, Mayview’s adolescent ward was shuttered. 8 By 2008, only several buildings remained in active use on 335 acres at Mayview, housing 225 individuals from five nearby counties, employing 502 and containing a total operating budget of $63 million. 1 2 Thirty-nine buildings remained, 12 of which were used for patient care and hospital administration. The remainder were either abandoned or mothballed.2

The closure of Mayview was long-planned but hastened after a series of serious incidents and deaths. In October 2007, within a time frame of 24 hours, two former Mayview patients died. Anthony Fallert, who had been released in the spring of 2006, had wandered from his residence in a South Side residence operated by Mercy Behavioral Mental Health, and most likely leaped to his death into the Monongahela River from the Birmingham Bridge.1 Fallert had also lived in facilities in Clarion County and New Kensington. On the day that Fallert’s body was being pulled from the river, Ahson J. Abdullah, another former patient of Mayview, was struck by a train as he walked on railroad tracks near his residence in Braddock. Abdullah, who revolved in and out of jail for most of his life, was a patient of Mayview’s forensic unit.1

Other incidents were noted, but as Joan Erney, deputy secretary of welfare at the Pennsylvania Office of Mental Health and Substance Abuse Service’s Department of Public Welfare noted, “every person deserves the opportunity to be in the community and it’s our obligation to provide them with the support they need in order to make that successful.”1 It was a stated goal of the Department to reduce reliance on institutional care and improve access to home and community-based services.2

In addition, there were options for extended acute care and treatment services at nearby hospitals, alternate employment opportunities for the staff at Mayview, and because the counties served by Mayview were within the HealthChoices managed care program for Medical Assistance recipients.2

In August 2006, one of the ten wards was closed after 30 patients were discharged, reducing the number of beds from 285 to 255.3 6 7 The first downsizing was titled “Wave 1,” indicating future patient reductions.8 Further downsizing in May and June 2007 reduced the bed count by 23.6 On August 15, the Department of Public Welfare announced that Mayview would close by the end of 2008.3 A total of $18.9 million was made available to support the discharge of the remaining patients.

On December 29, 2008, Mayview State Hospital closed,2 and by mid-December, 37 patients and 259 employees remained on campus.1 On the day of the closure, 17 patients were still in the hospital, entangled in a battle between the Department of Public Welfare, Mercy Behavior Health, a local firm that had been hired to take care of some of the Mayview patients, and a group of citizens in the township.9 Mercy had proposed converting a closed nursing home into a long-term residence for the mentally ill.

Local citizens, many of whom had not lived in the region during the height of Mayview, charged that many of the patients being discharged were involved in local murders or suicides and that locating a 24-hour mental health center close to their homes – and the Mayview campus, would endanger their lives.9 The group cited news reports that two had died and three had committed murders, yet the two that had died had either passed away in accidents or suicides and of the three who were listed as murders, none were listed as a patient at Mayview. Only one was sent to Mayview for a psychiatric evaluation after a court conviction.

What replaced Mayview was a collection of different options: outpatient mental health services for patients in small groups, long-term residential communities with 24-hour care, and institutional care at nearby hospitals with psychiatric units.1 In other instances, at least 220 affordable units were be made available, subsidized through Section 8.3

On May 24, 2010,5 the state of Pennsylvania agreed to sell the land that contained Mayview to the Aloe Brothers LLC coal company for $505,505 for nearly 200 acres, which includes a coal mine that had long closed.4 Early estimates for the land were in excess of $7.8 million, and the disappointing sale price left many involved in the reuse plan disappointed. State Senator John Pippy, who co-chaired the Mayview Land Reuse Task Force, was disappointed in the price and how quickly a deal had been reached. Pippy and others had wanted the land to be sold at fair market value and for the proceeds to go towards a trust for community-based mental health service to benefit those the hospital had earlier served.

Pippy had introduced Senate Bill 1339 in April, which would place any net proceeds of the sale into a mental health and retardation services trust that would be administered by the state Department of Public Welfare.4

Despite the high value for the land, the buildings were a $13 million liability, which left the appraisal in the negative by $5.2 million.4 5 The appraisal was not made public, which was completed by Federal Appraisal and Consulting, P.C.5 The other bid for the land was for $130,000 by Teodori Enterprises of Lawrence, who had proposed a business and industrial park on the lower part of the property and a housing tract on 22-acres where the Geriatric Ward was.4 5 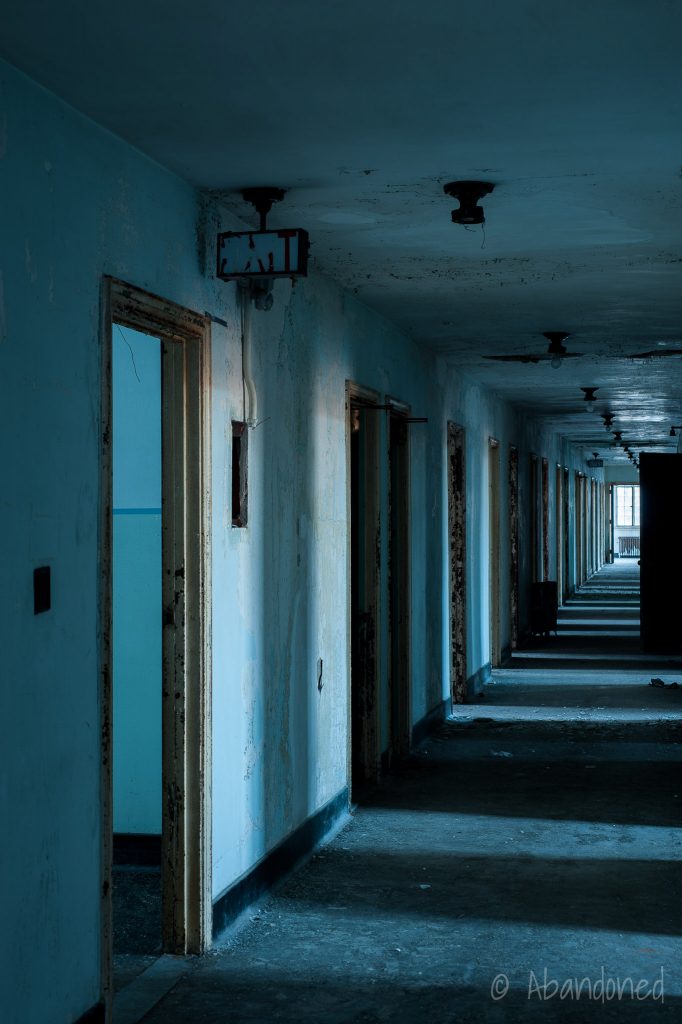 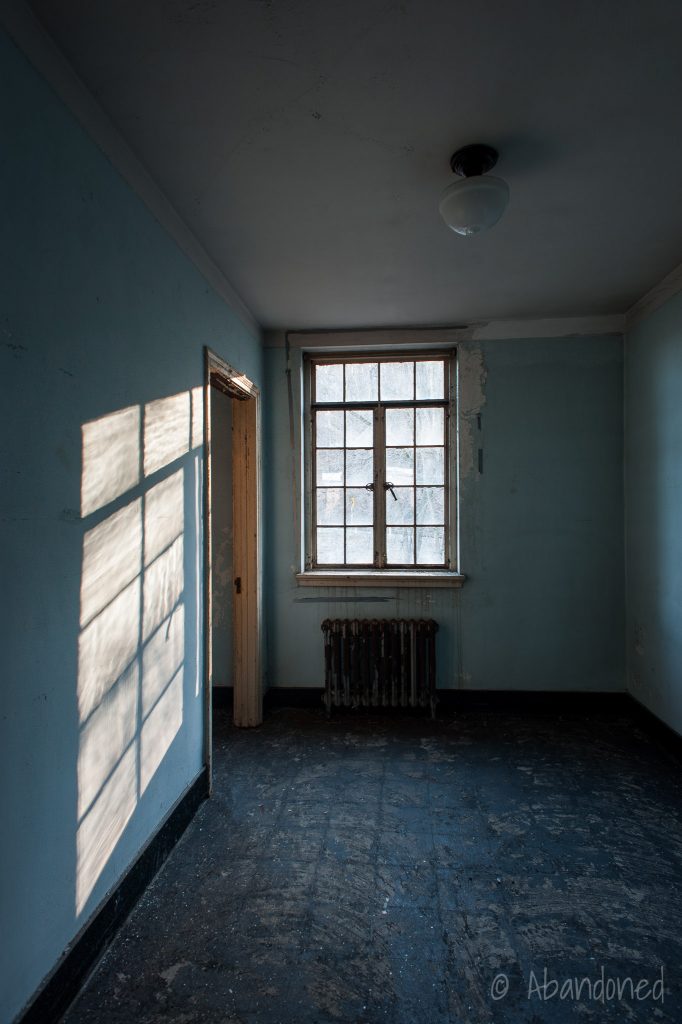 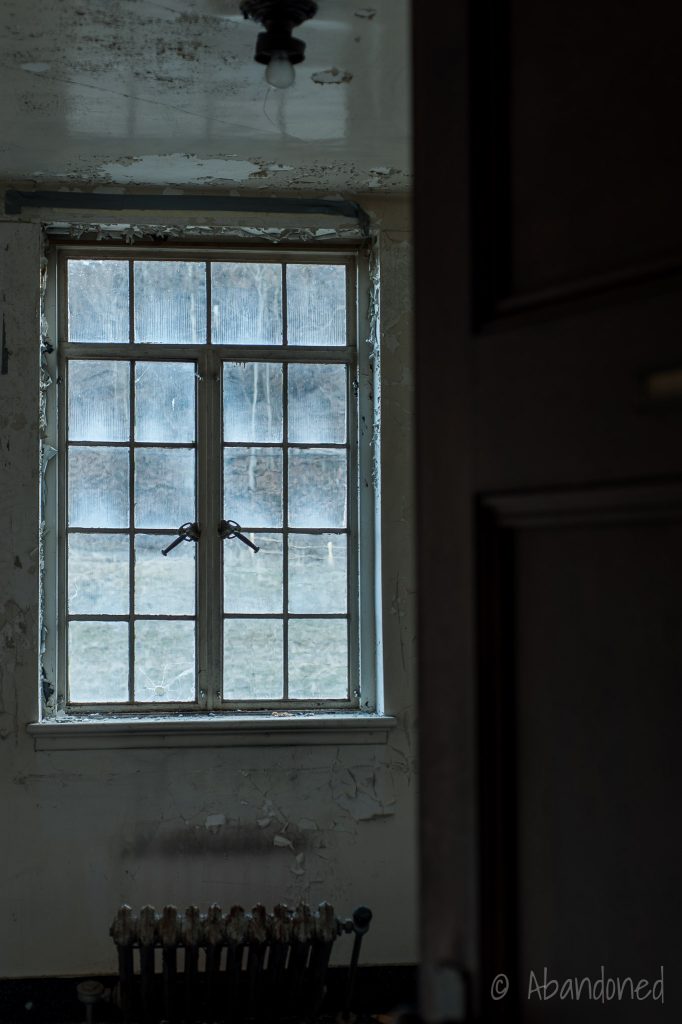 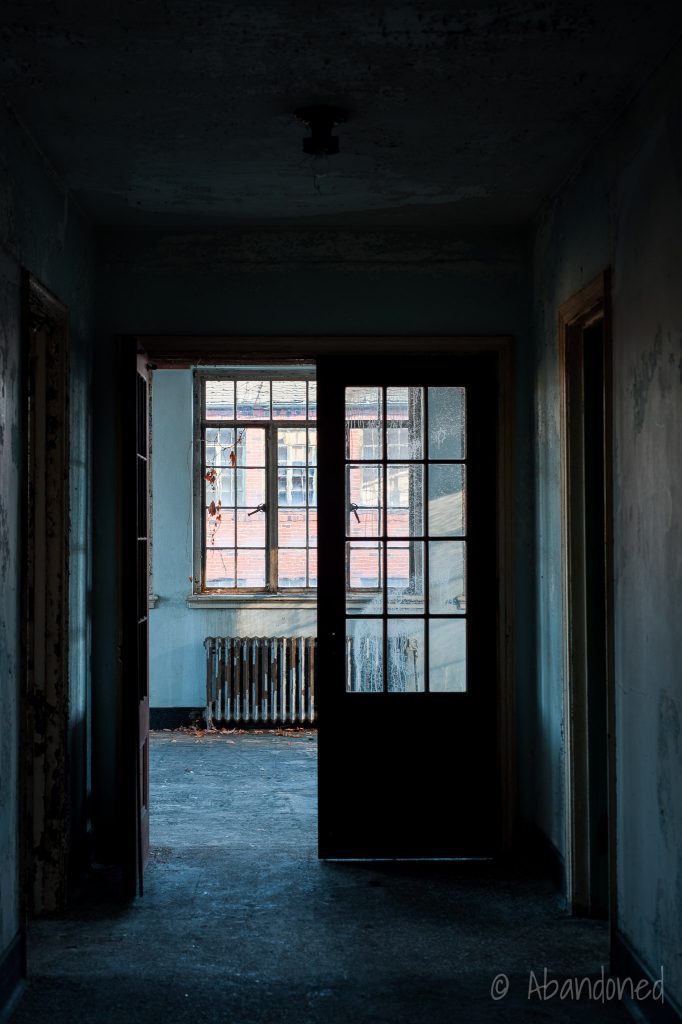 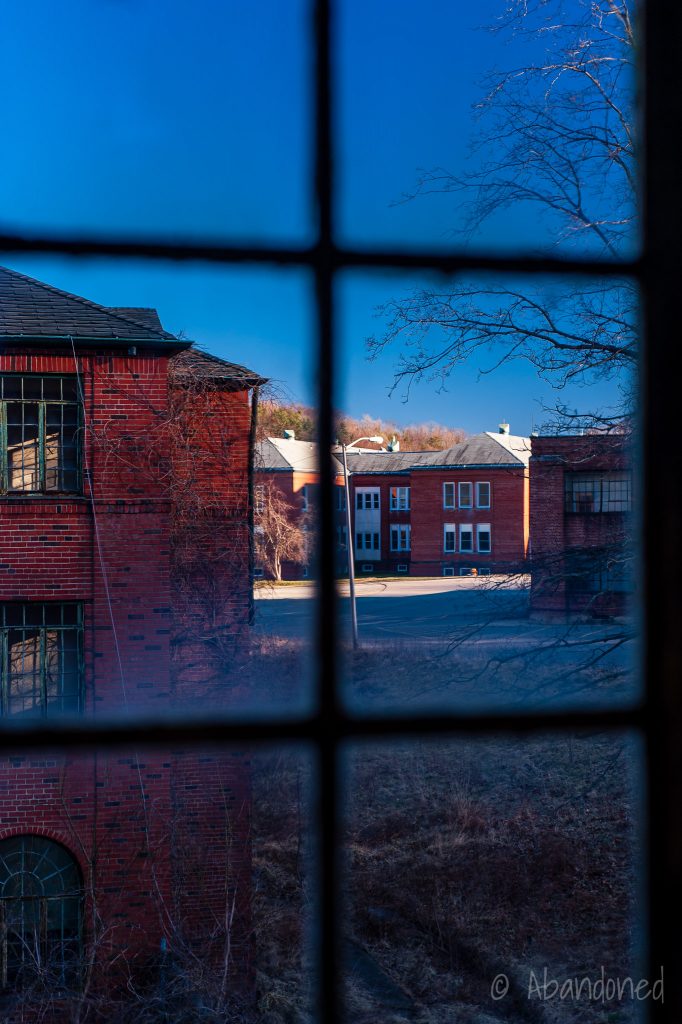 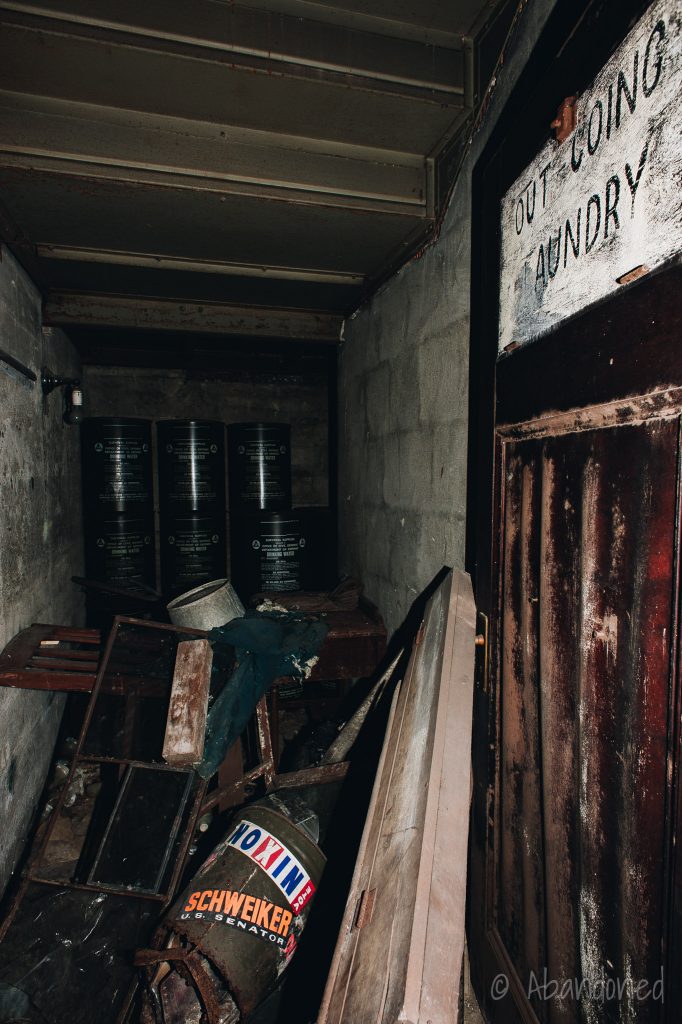 Buildings 65 and 71: Temple Center I and II Geriatric Ward 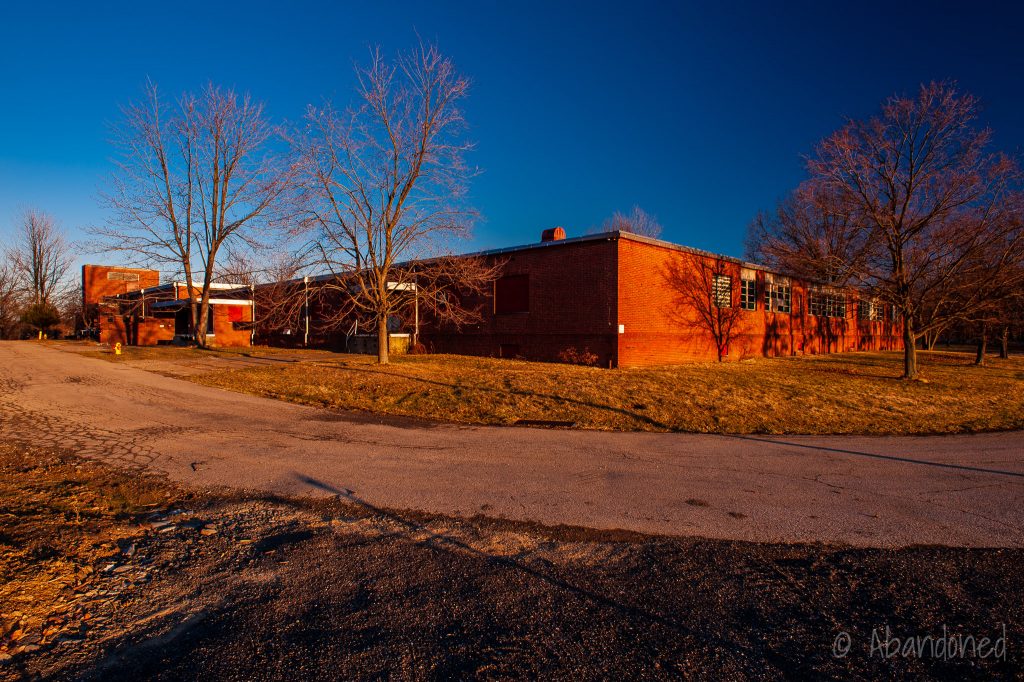 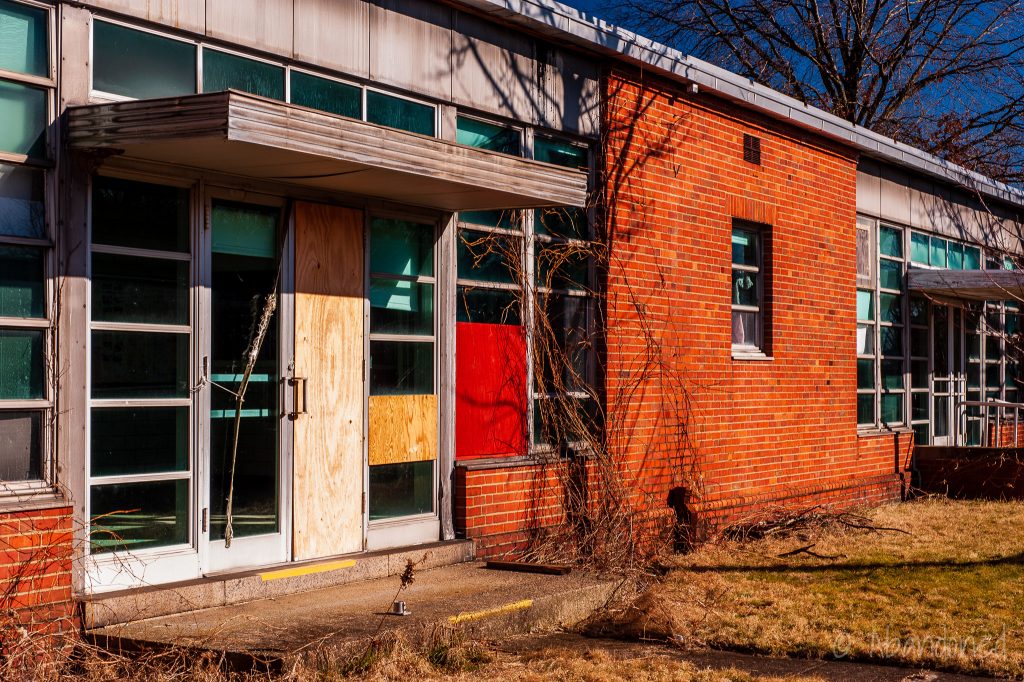 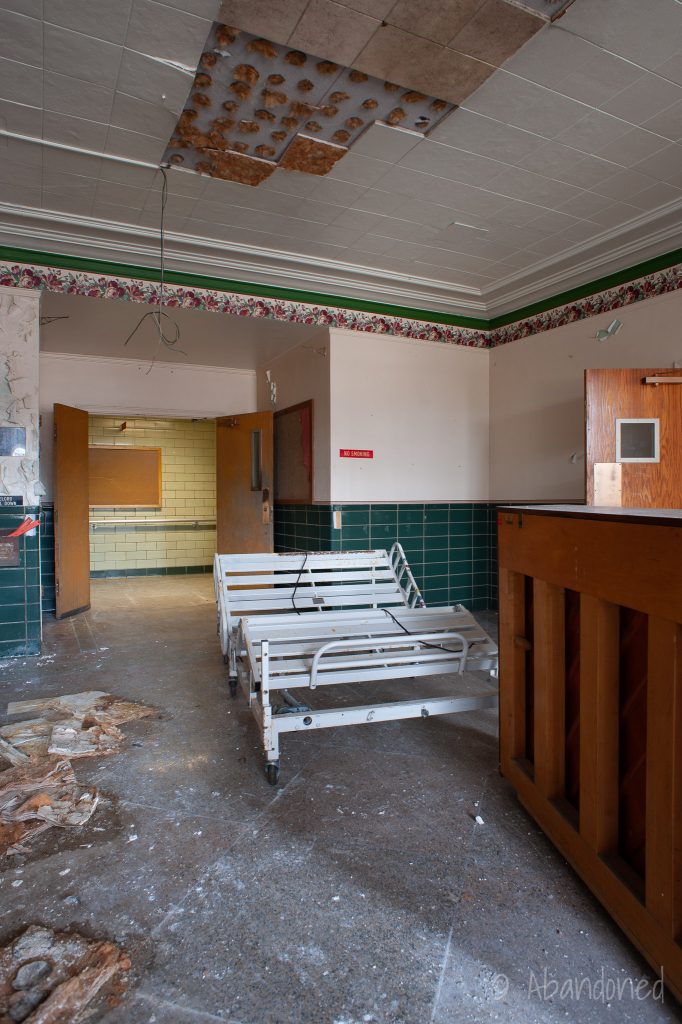 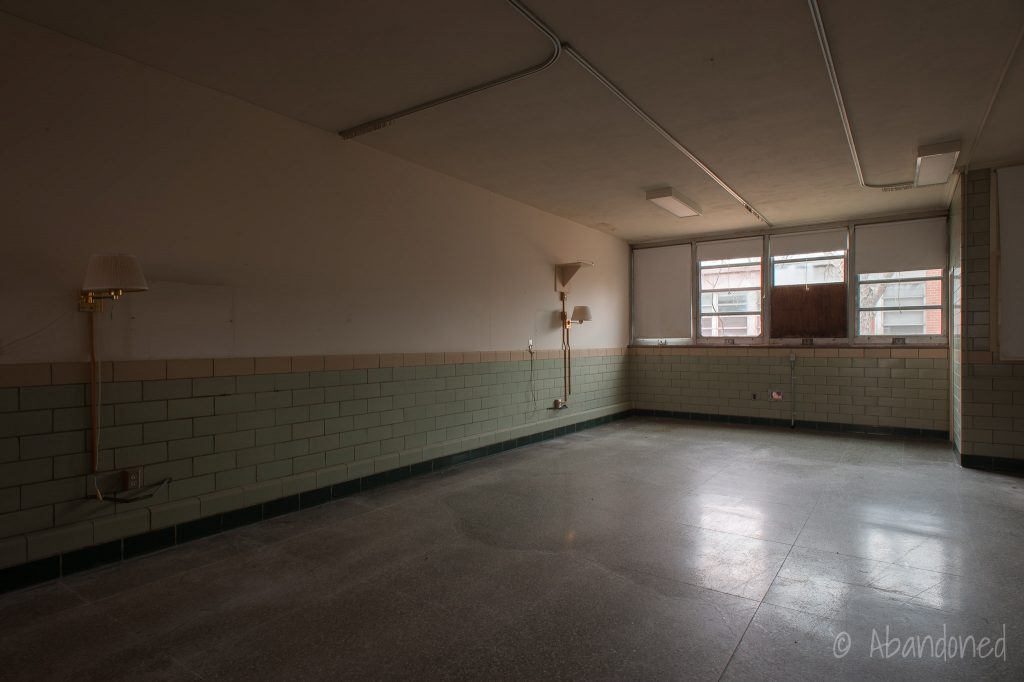 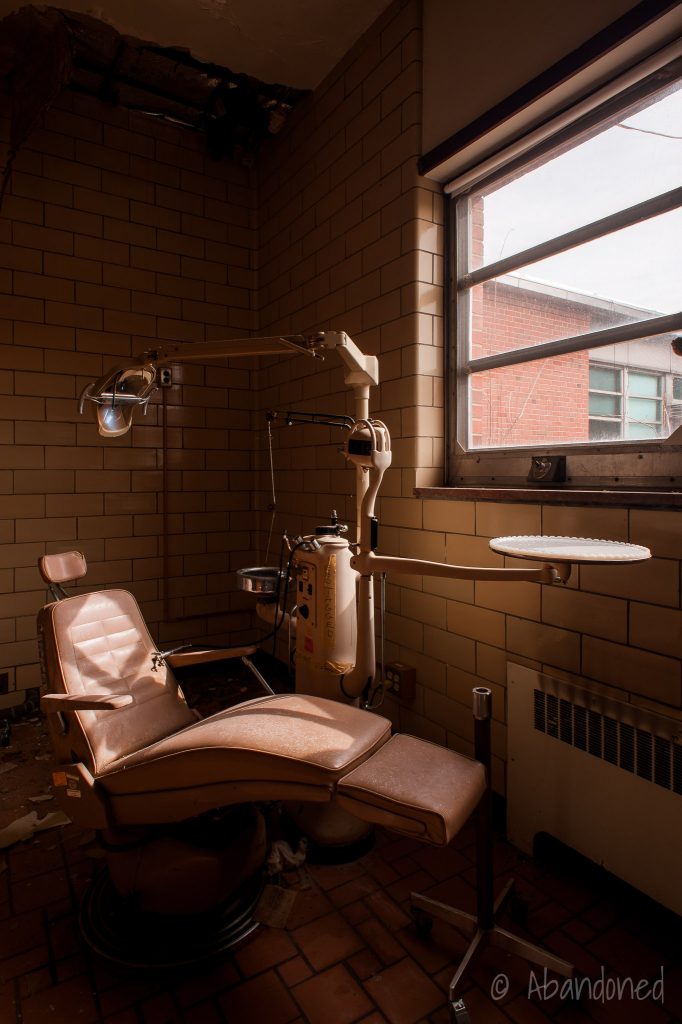 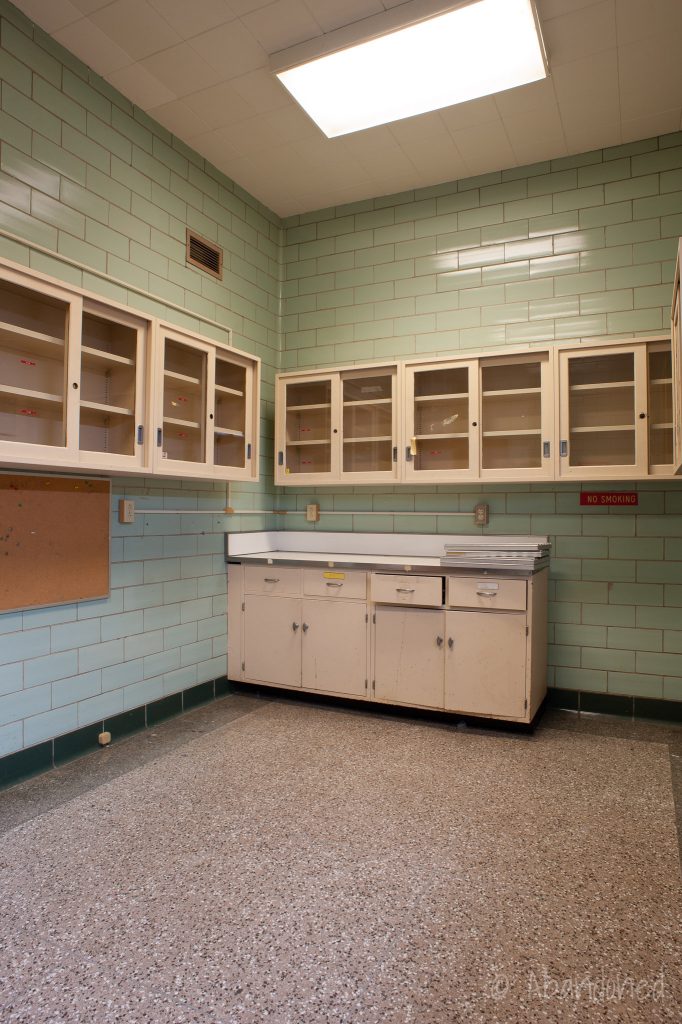 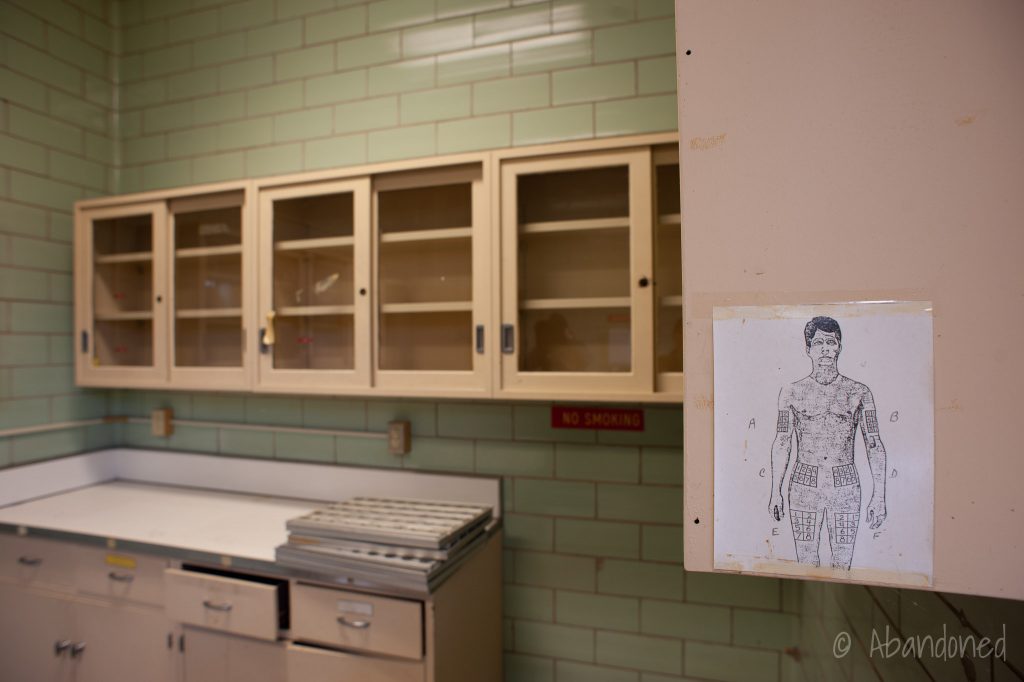 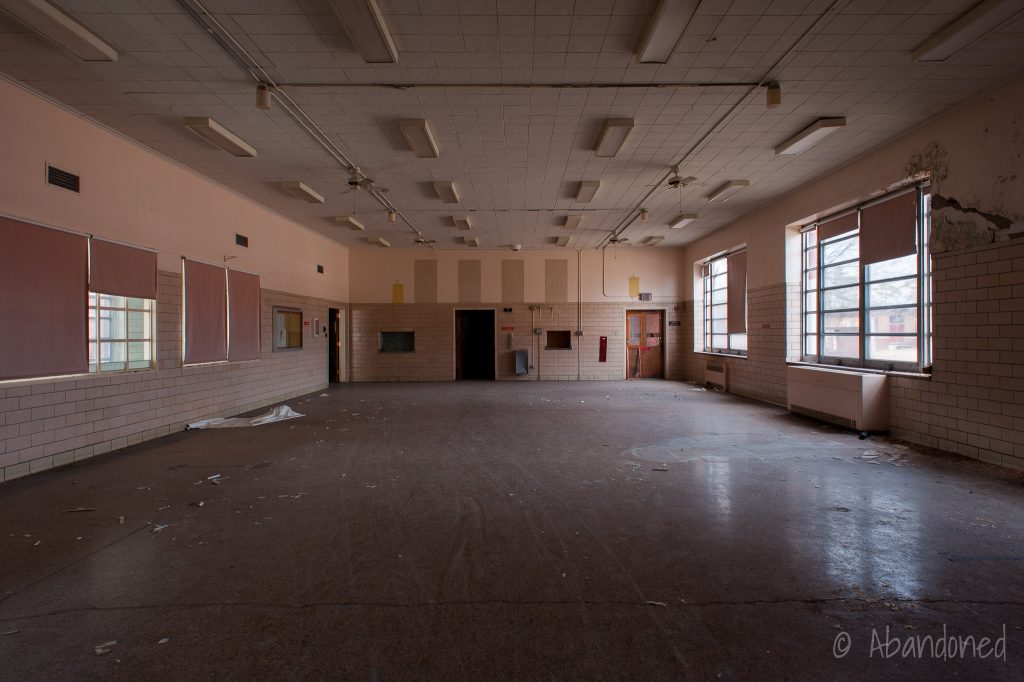 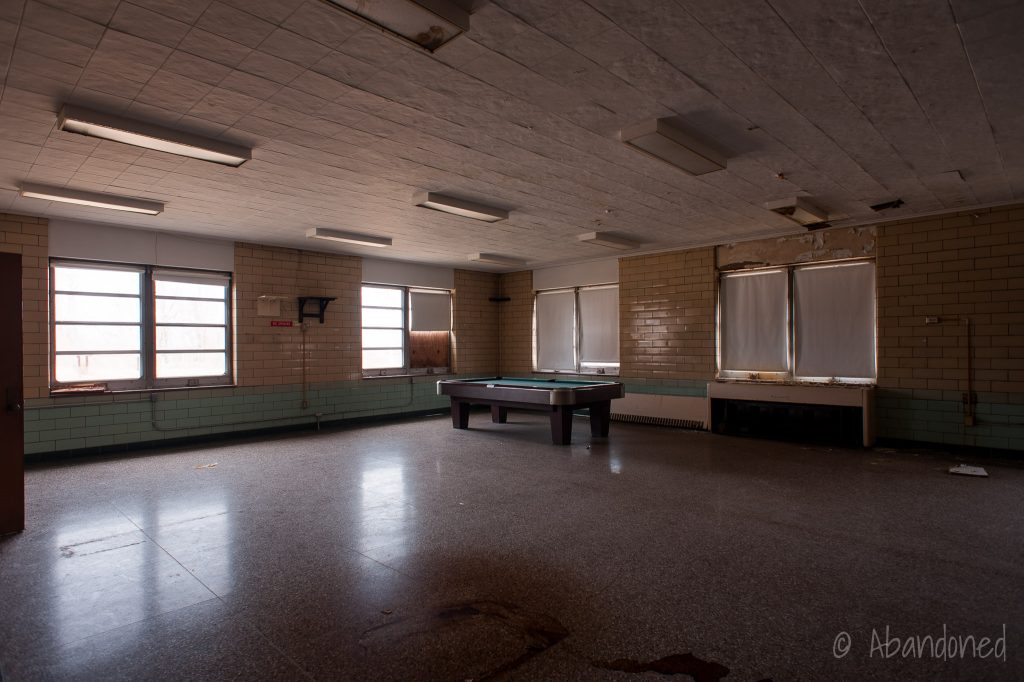 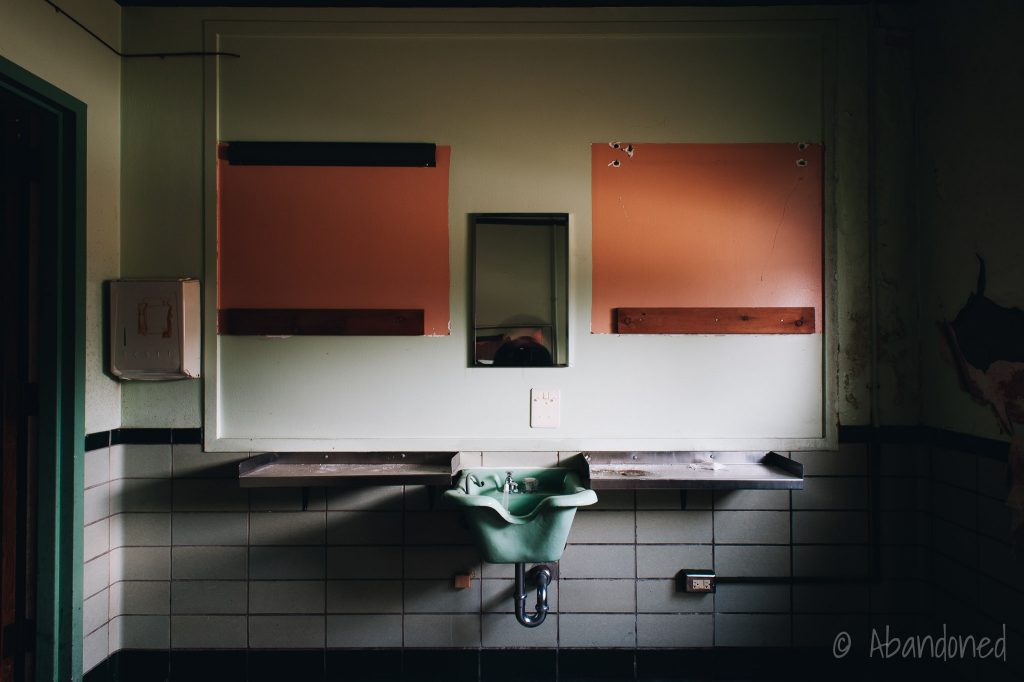 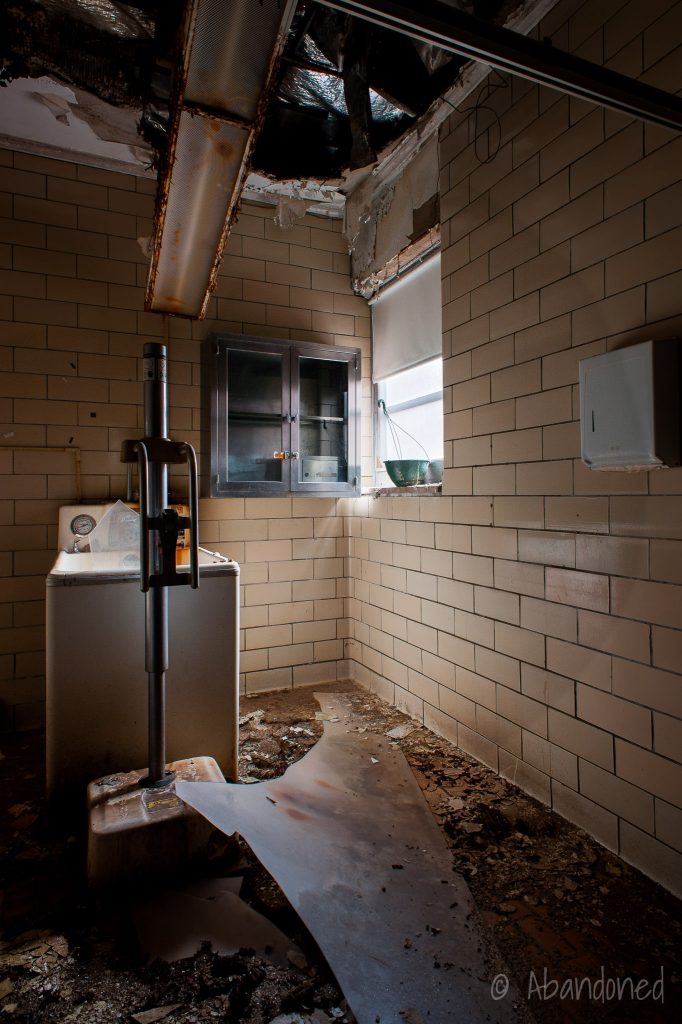 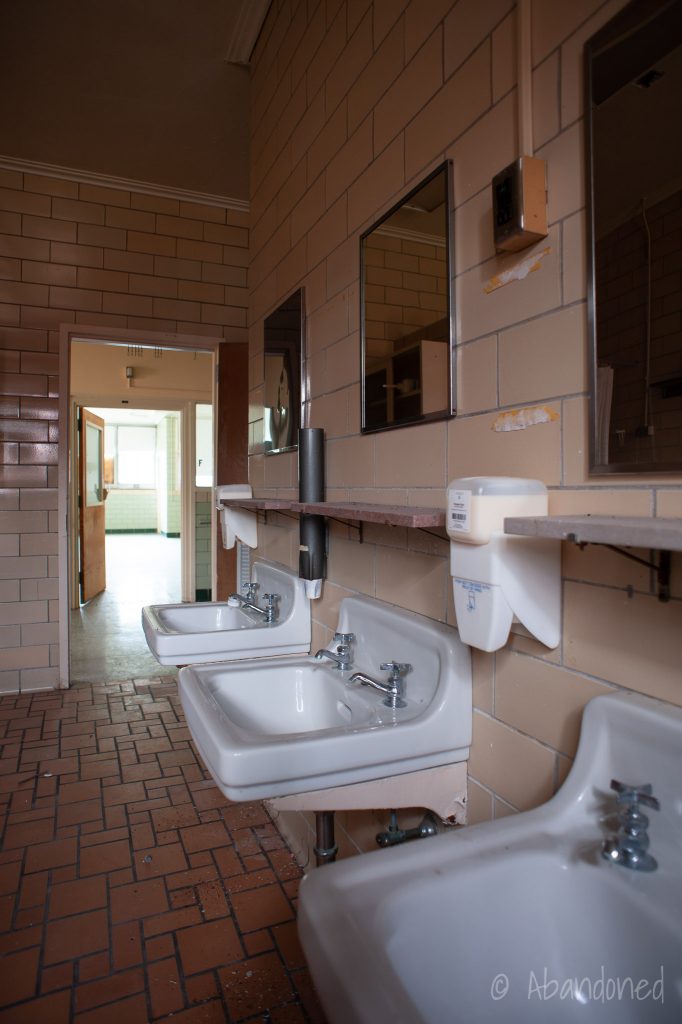 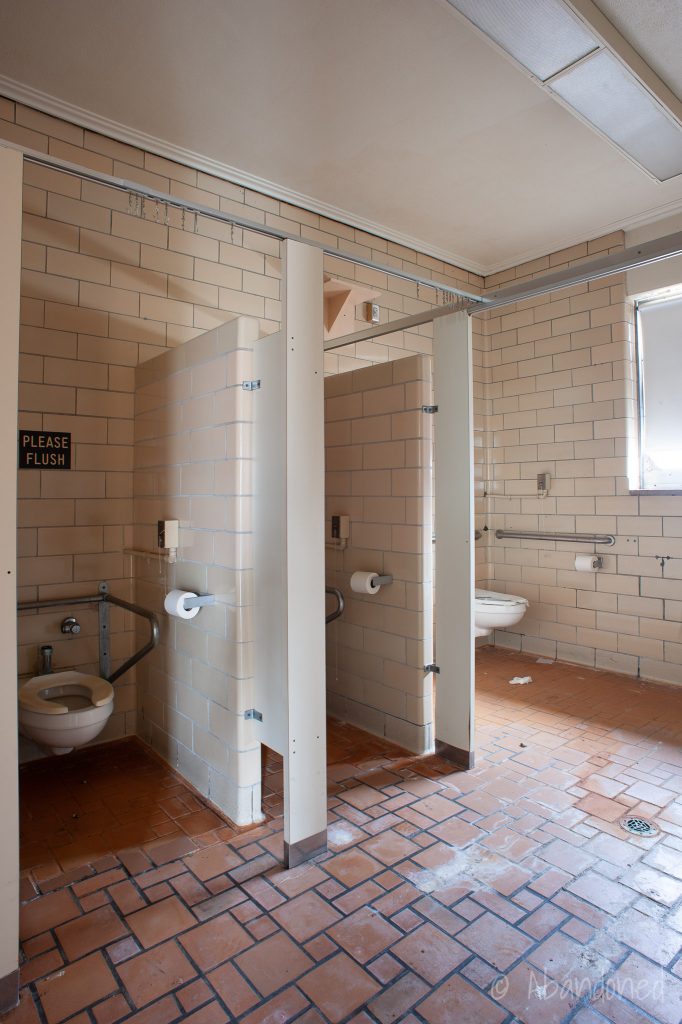 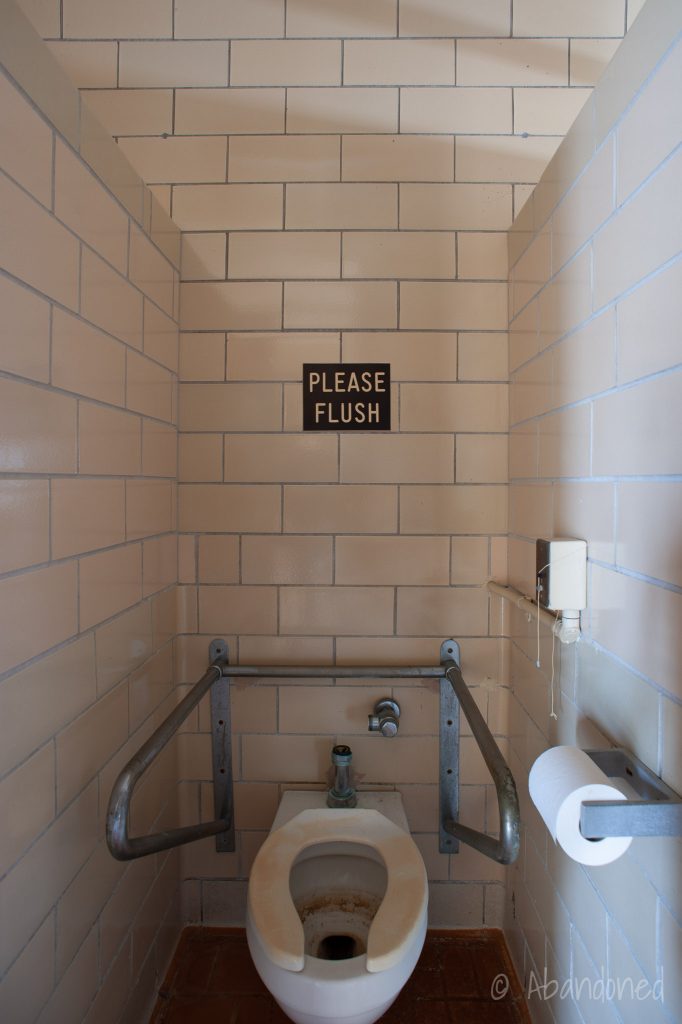 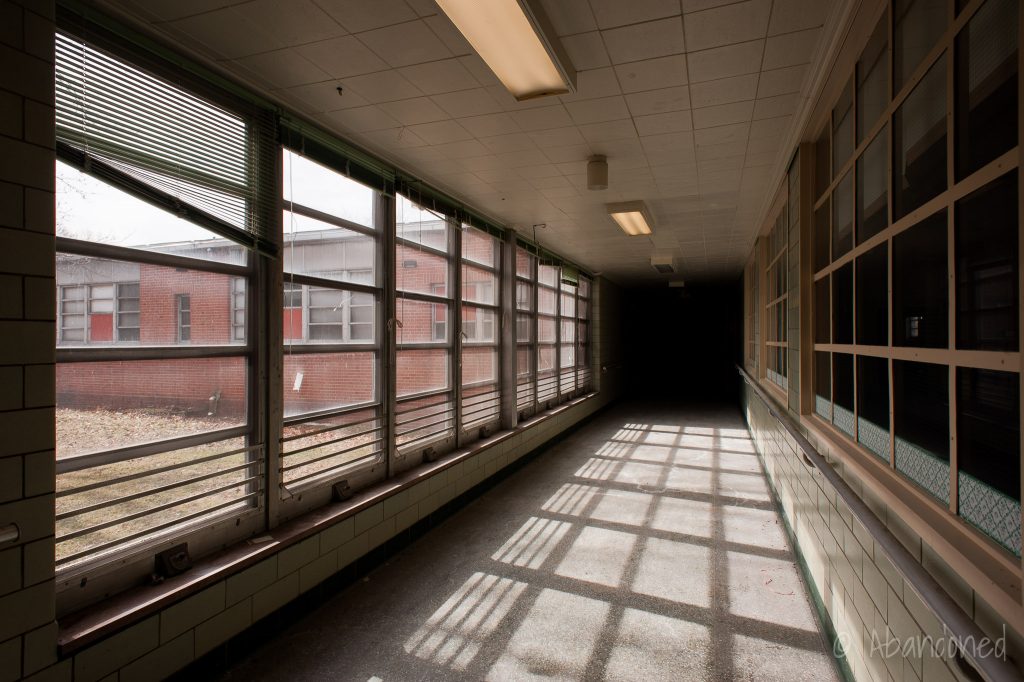 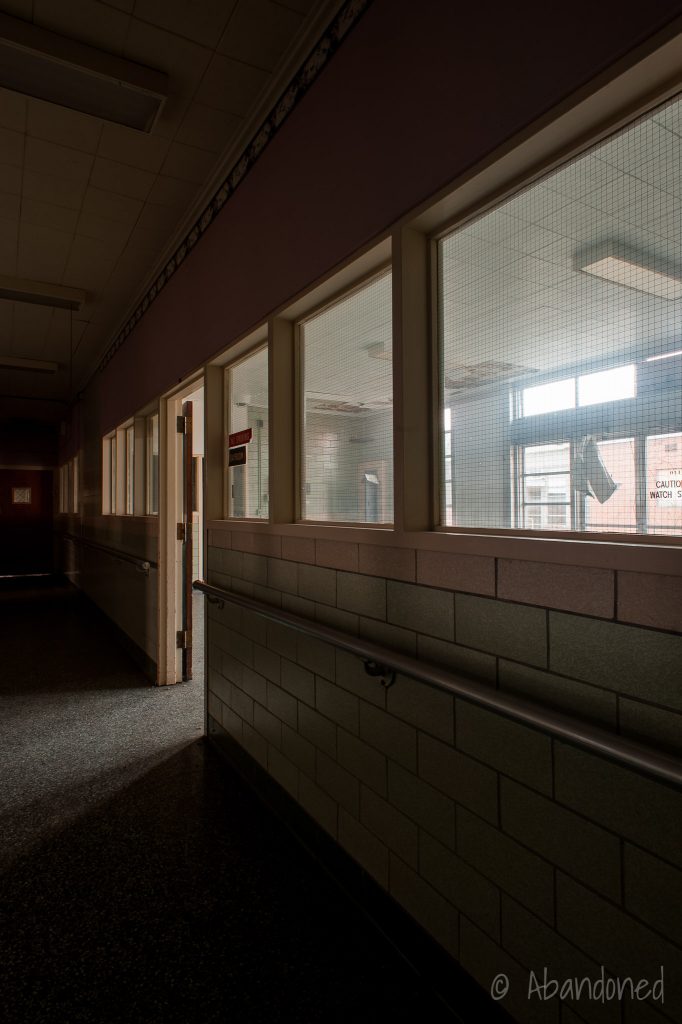 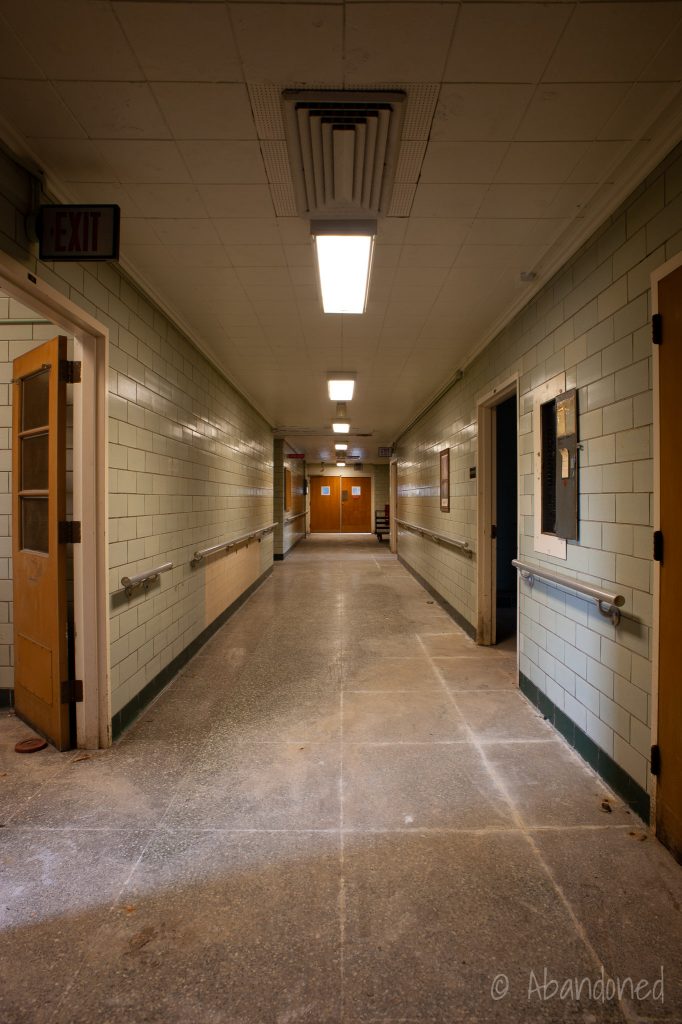 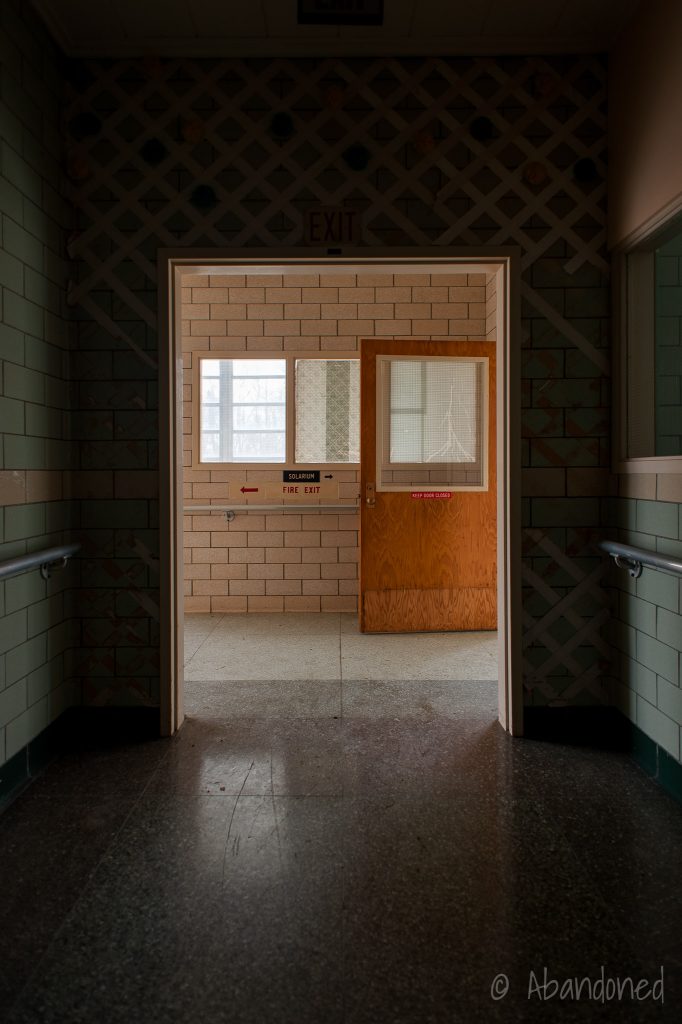