McGuffey Mall was constructed in 1954 as McGuffey Plaza 1 and was converted into an indoor center in 1972. 2 The strip mall was one of the first developments of William M. Cafaro, founder of the Cafaro Company, who went on to develop shopping malls across the Midwest, Mid-Atlantic, and Pacific Northwest. Garland Plaza was constructed in 1960. 2

The properties were home to various shops, banks, supermarkets, a bowling alley, a post office over the years. 2 The Mahoning County Department of Job & Family Services rented space at Garland Plaza from 1988 until 2007 when it relocated to Oakhill Renaissance Place. 1

In 2012, Cafaro decided to sell the two shopping centers but they were not actively marketed. 3 Highway Contracting of Boardman, a demolition contractor, acquired both properties on October 25, 2013, for $150,000, who began demolition of McGuffey Mall in December. 1 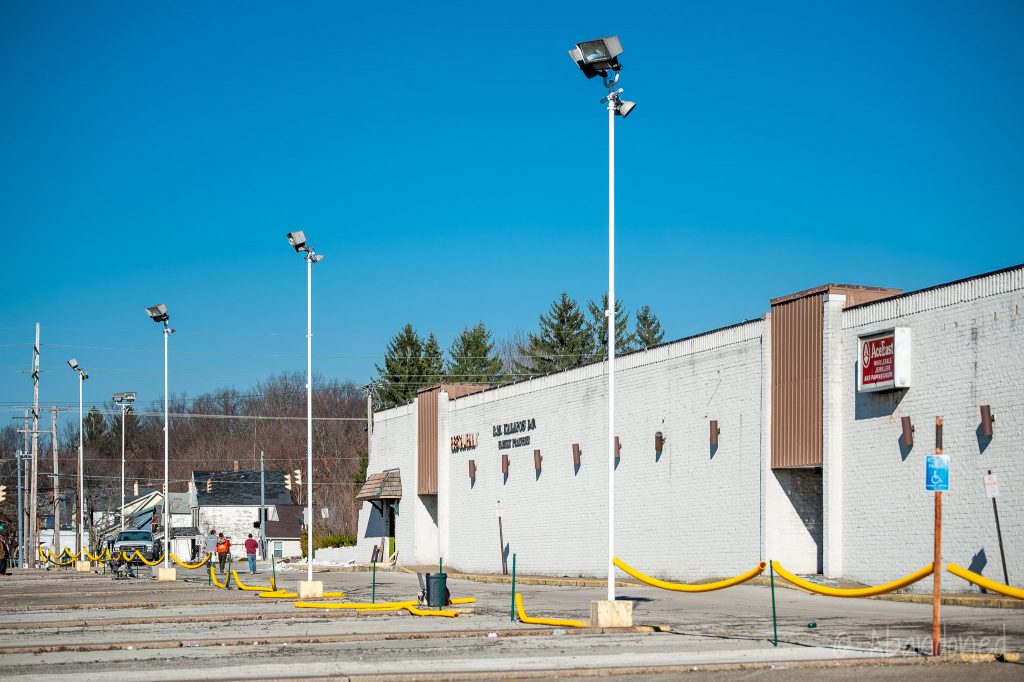 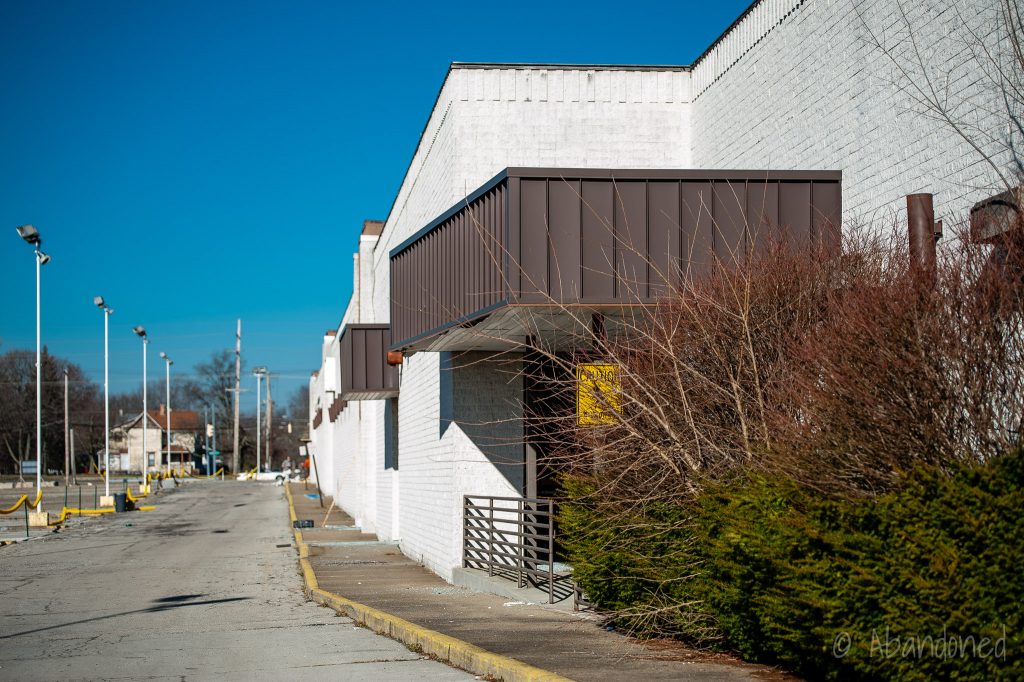 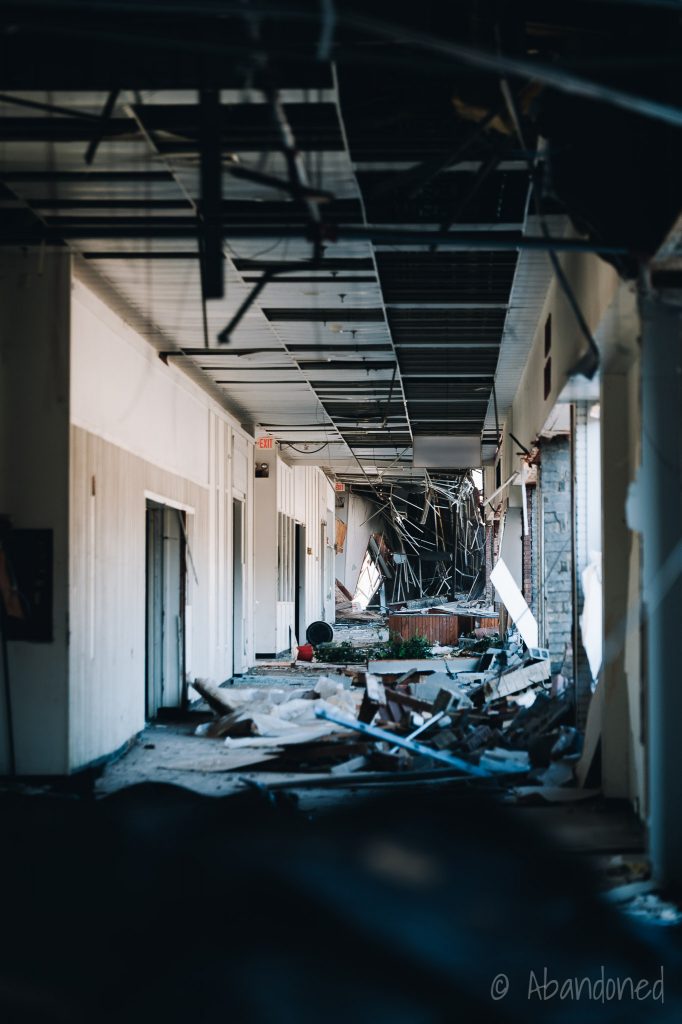 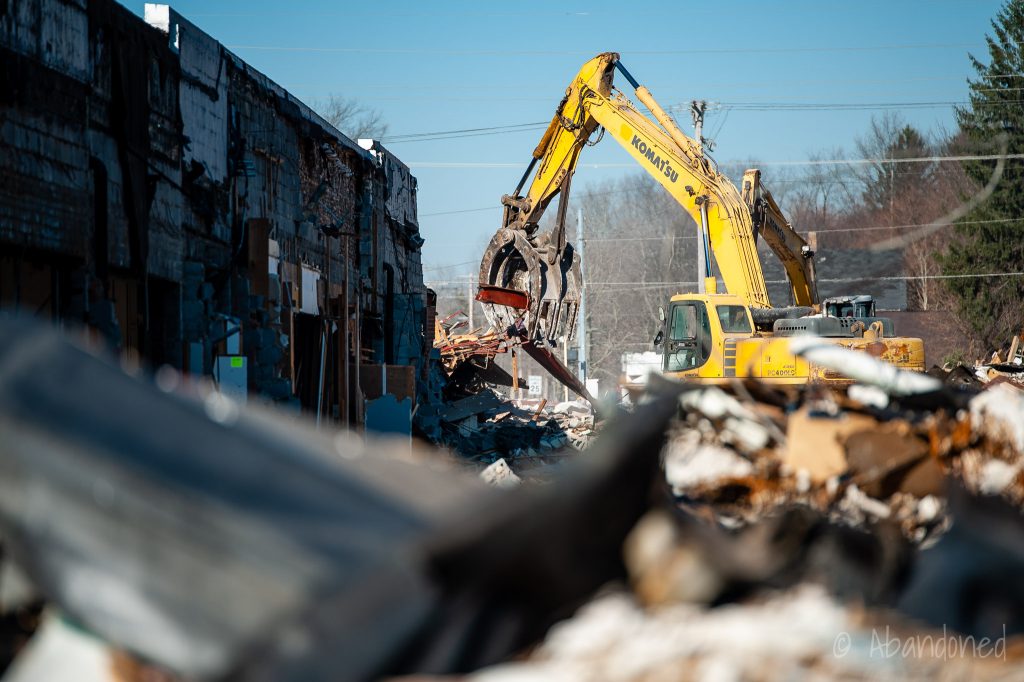 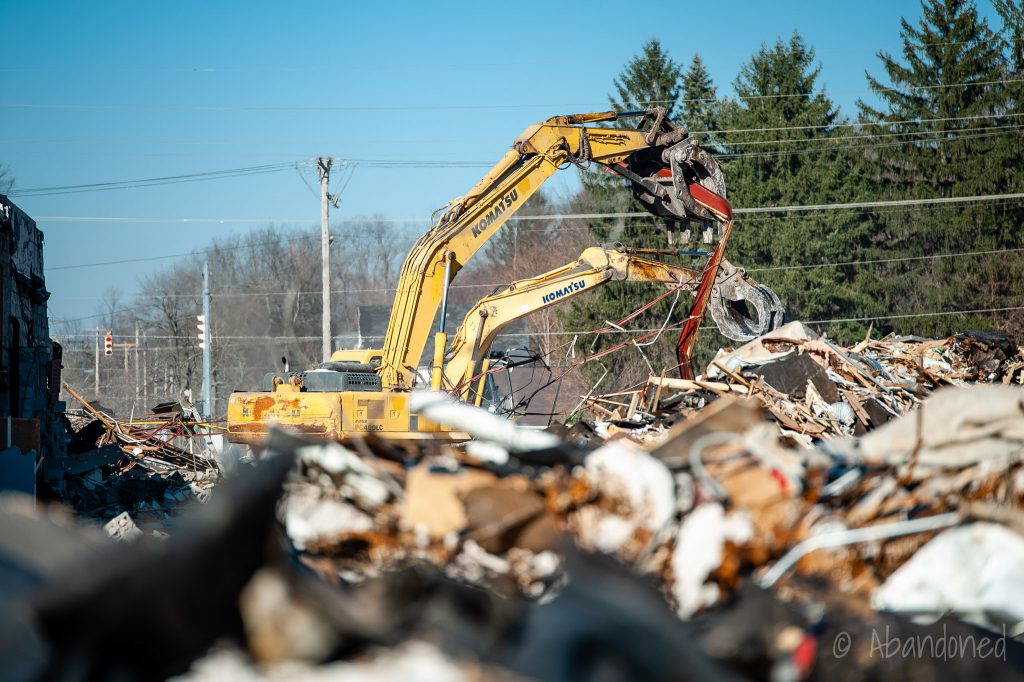 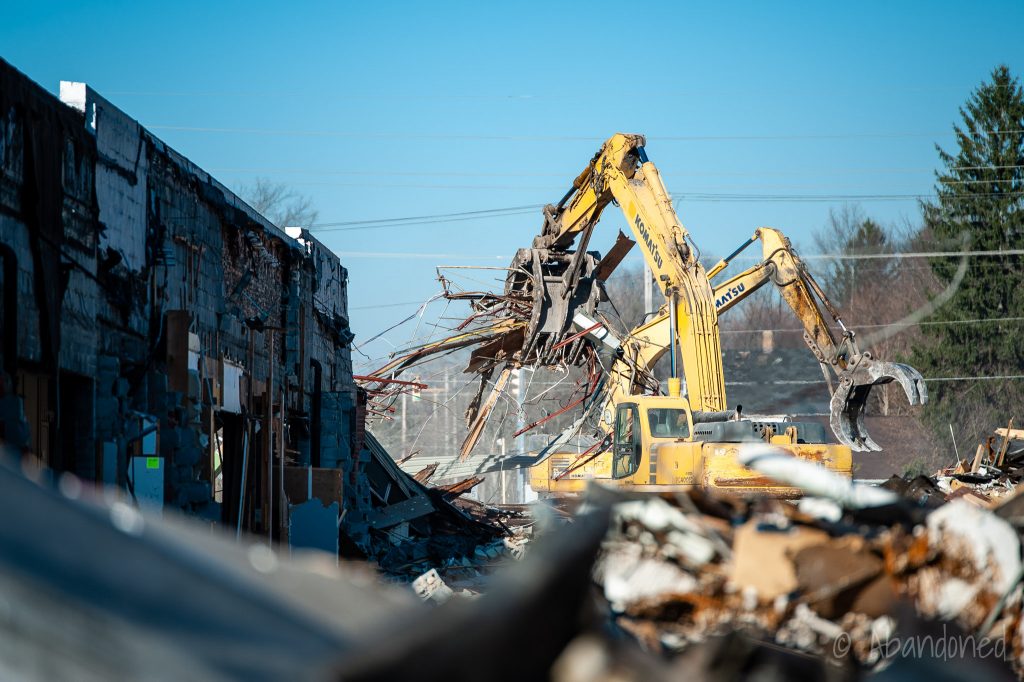 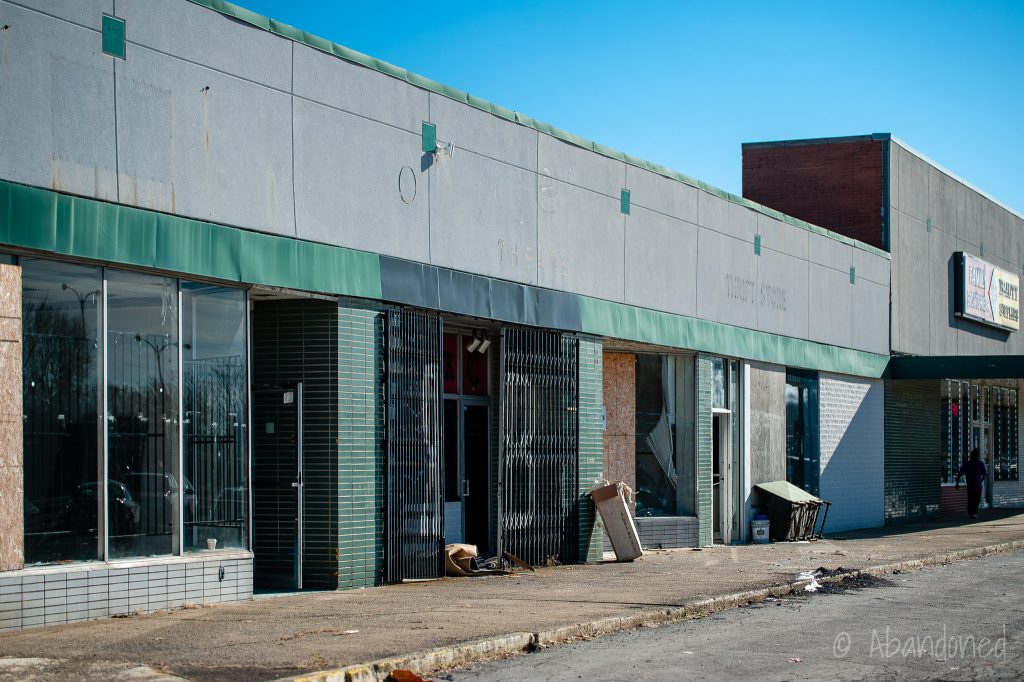