The McNeel Mill is a former circa 1865 mill in Mill Point, West Virginia that ground cornmeal, cracked corn, and buckwheat. The building, after years of neglect, has been restored.

The small community of Mill Point was originally known as Fort Day, a pioneer settlement and a fort dating to at least 1774. 3 The lands were first occupied by the Day family before they relocated to the head of Williams River, and then by Joshua Buckley. In 1778, Valentine Cackley relocated from Virginia to the area and the fort and community became known as Cackley.

Valentine and his brother, John, erected the Cackley Mill which ground cornmeal and buckwheat and cracked corn. 1 3 A sawing apparatus for logs was added in 1808. 1

The Cackley post office was established on February 7, 1822, with Valentine serving as postmaster. 3 In 1834, the Cackley’s sold the mill to Sampson Lockhart Matthews. 1 3 A year later, the community had been named Mill Point, which was derived from the mills that were between two branch streams of Stomping Creek.

Matthews later sold the land the mill was on to Isaac McNeel. 1 3 Isaac was a great-grandson of the first settler in the Little Levels area of the county, immigrating around 1760 from Winchester. 3 Just prior to the Civil War, McNeel erected a new mill downstream from the Cackley Mill, although it was not finished until after the war had ceased in 1865. 1 Similar to Cackley’s operation, McNeel Mill featured a large wooden wheel and millstones imported from France that weighed up to 1,500 pounds. 3 Each wheel took 1½ minutes to make one revolution, the speed regulated by a gate at the millrace that regulated the flow of water. If the wheel turned too fast, it would scorch the meal. The trunking to bring the water to the wheel was first made of bull pine and was an open trough. The water went from the race over the penstock and dropped into the turbine.

Downstream by 300 yards was the Lower Mill which was erected by Valentine Cackley, Jr., a son of the pioneer who built the original mill at the McNeel site. 3 It featured a wool-carding machine for making wool yarn and batting for quilts.

By the turn of the 20th century, the community of Mill Point boasted two mills, a blacksmith, a post office, and a general store. A lumber railroad, built by the Warn Lumber Company, connected the town to virgin timber stands on Cranberry Mountain. 2

In 1921, a large steel water wheel was installed and a boiler, taken off of a traction engine, assisted the mill during times of low water flow. 2 3

A flash flood in 1935 nearly washed out the platform that held the millstones at McNeel Mill. 1 3 It also rerouted Stamping Creek and made channeling water through the water wheel difficult. The flood also damaged the Cackley Mill, leading to its collapse a year later.

Owing to a lack of business and antiquated operations, the McNeel Mill closed in 1941. 1 3 The historic structure, then dilapidated, was listed on the National Register of Historic Places on September 9, 1985. The mill was later restored with a new water wheel with the help of the Pocahontas County Historical Society and the state’s Division of Culture and History. 2 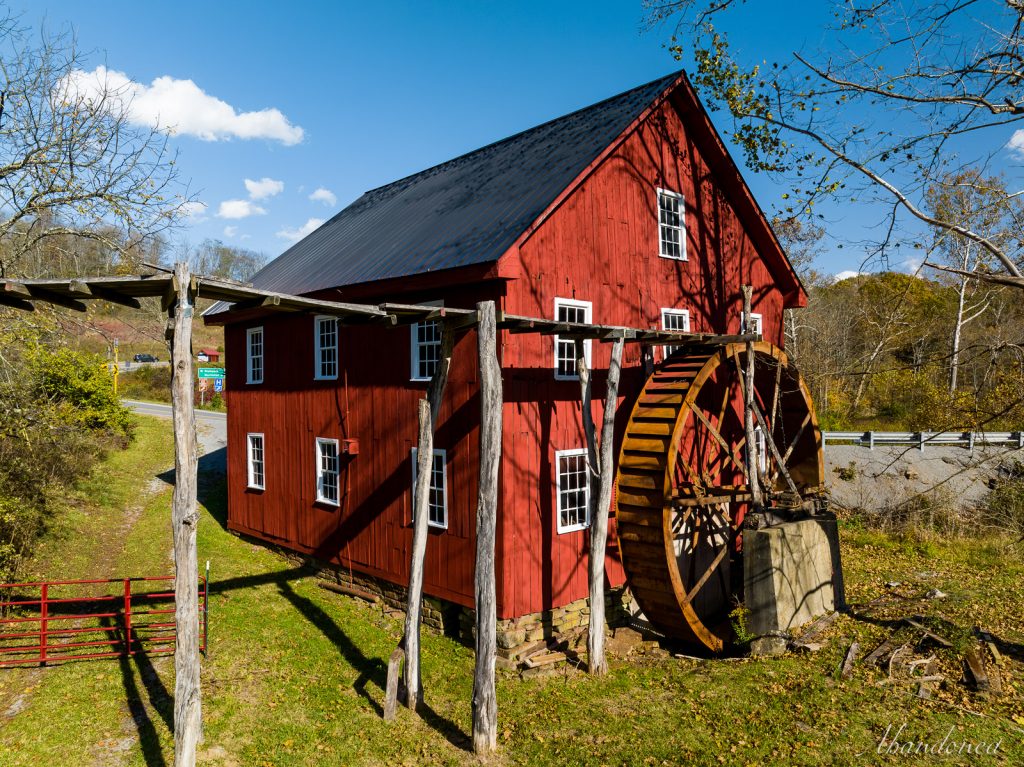 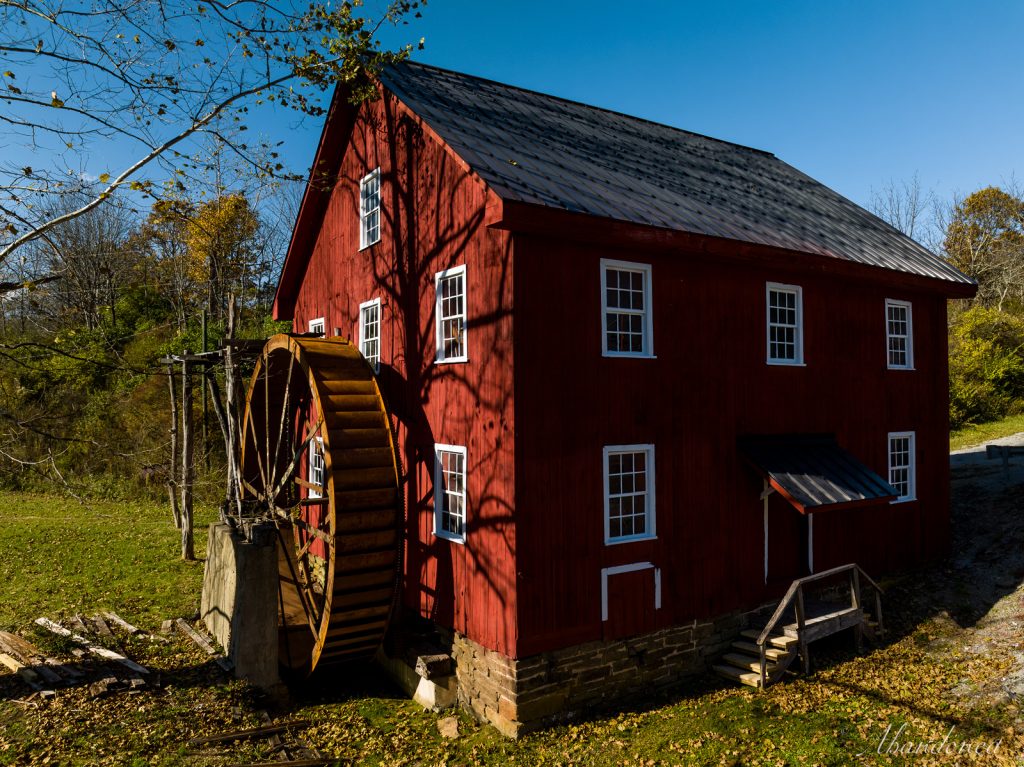 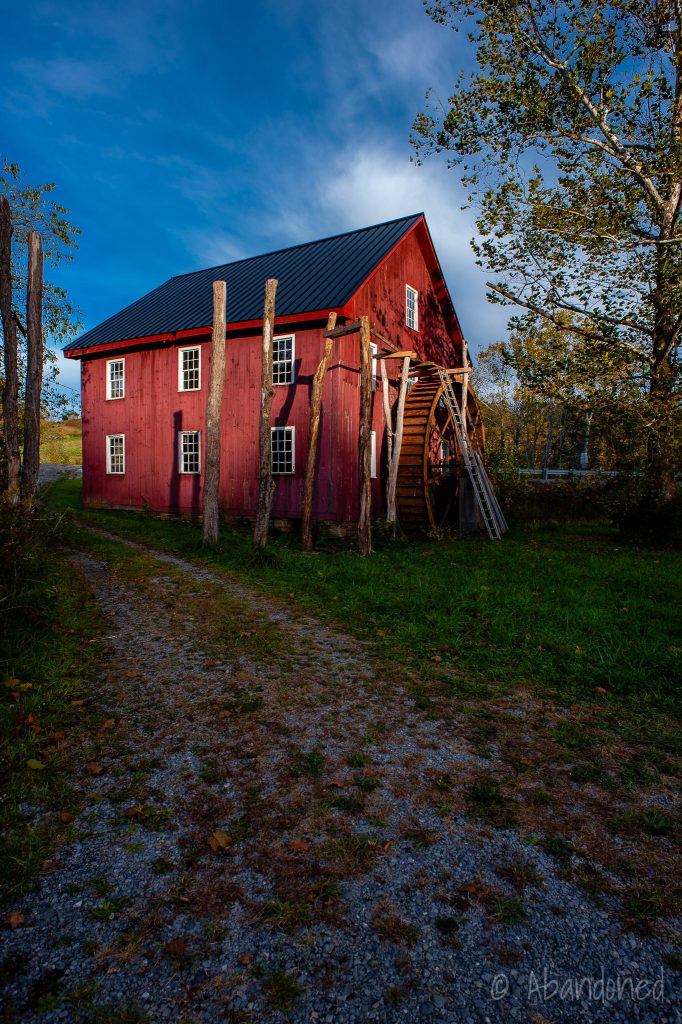 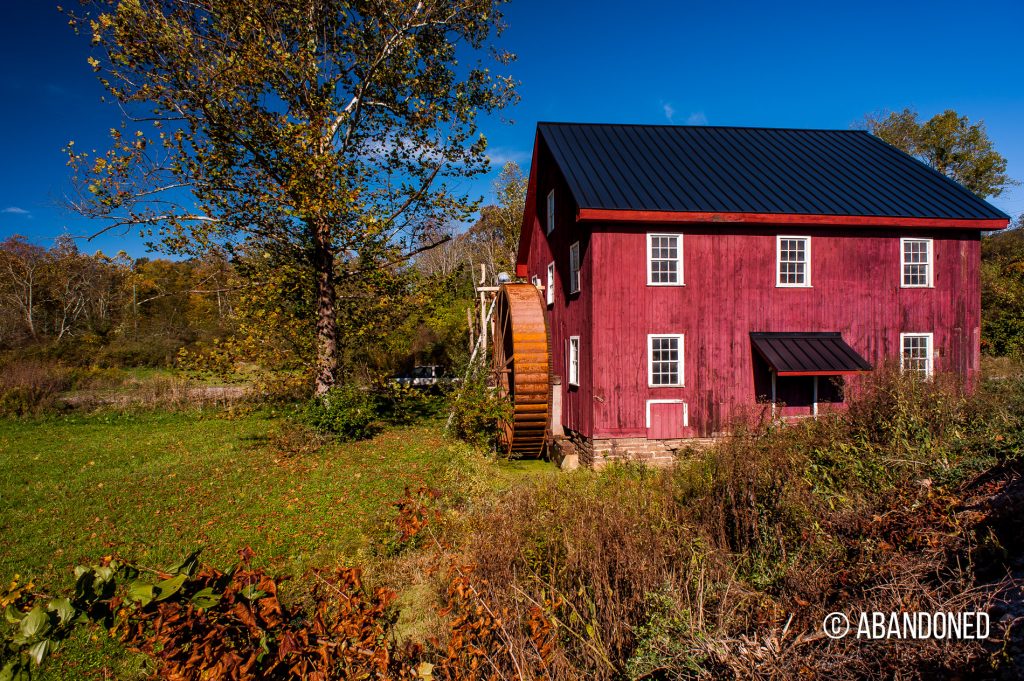 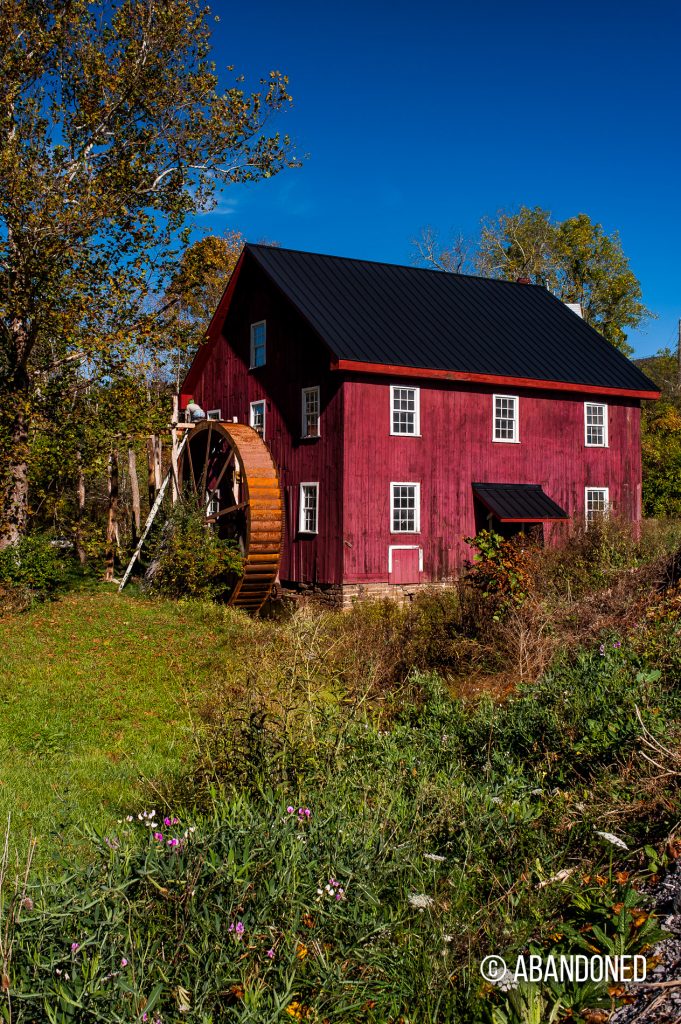 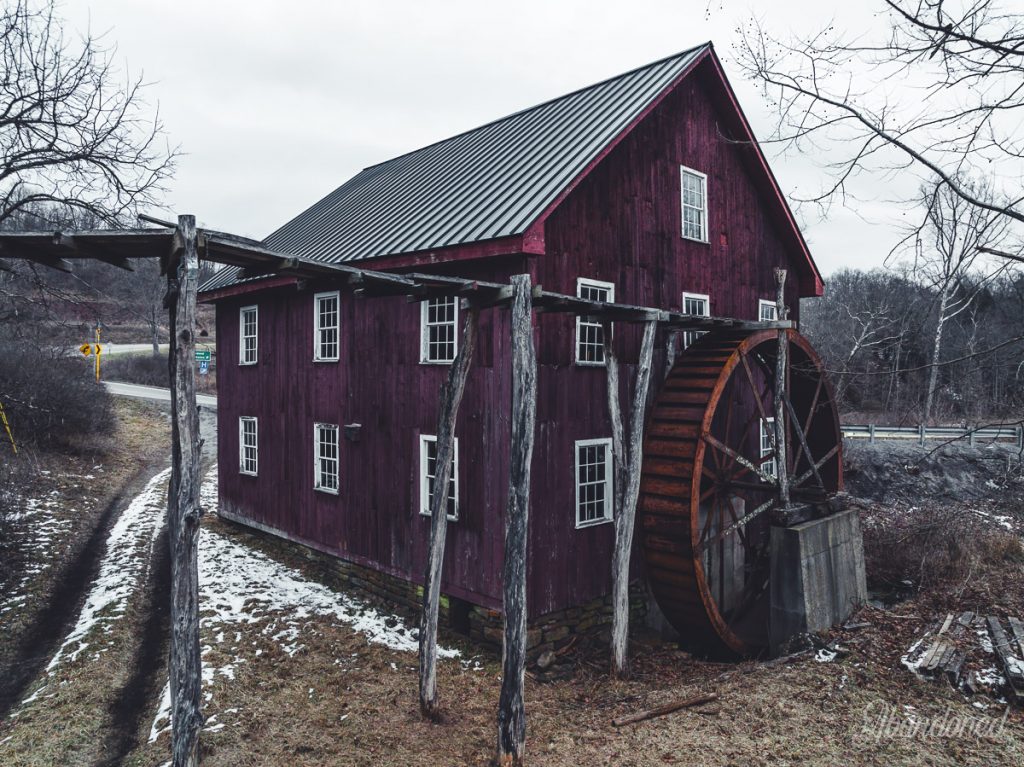 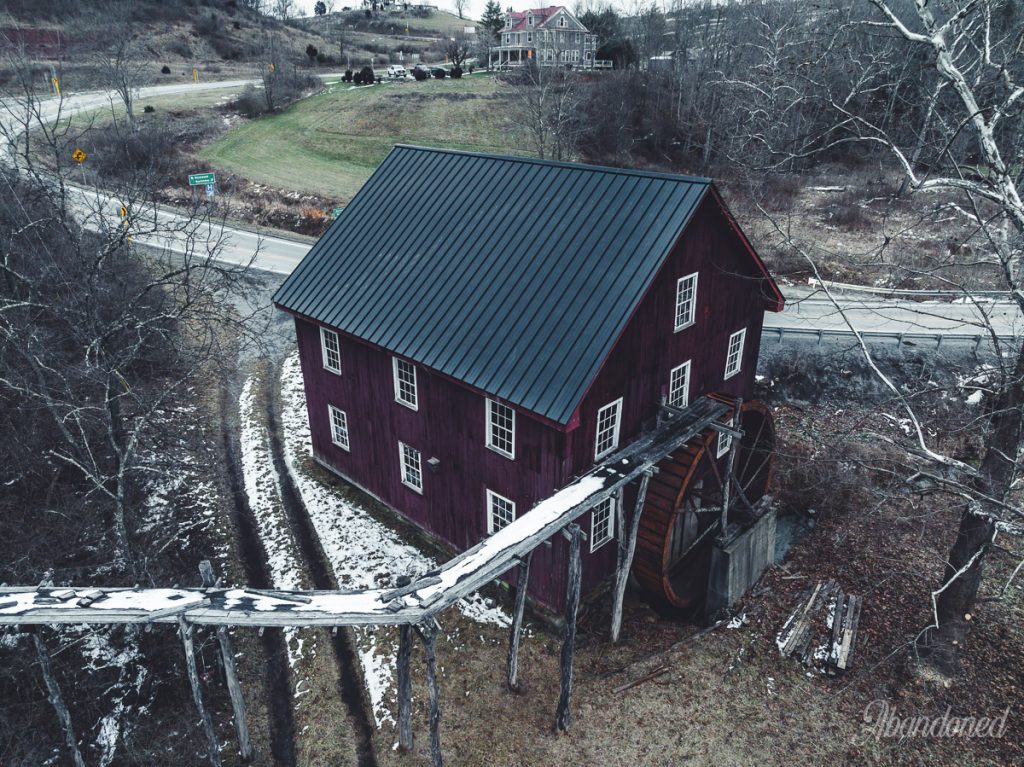 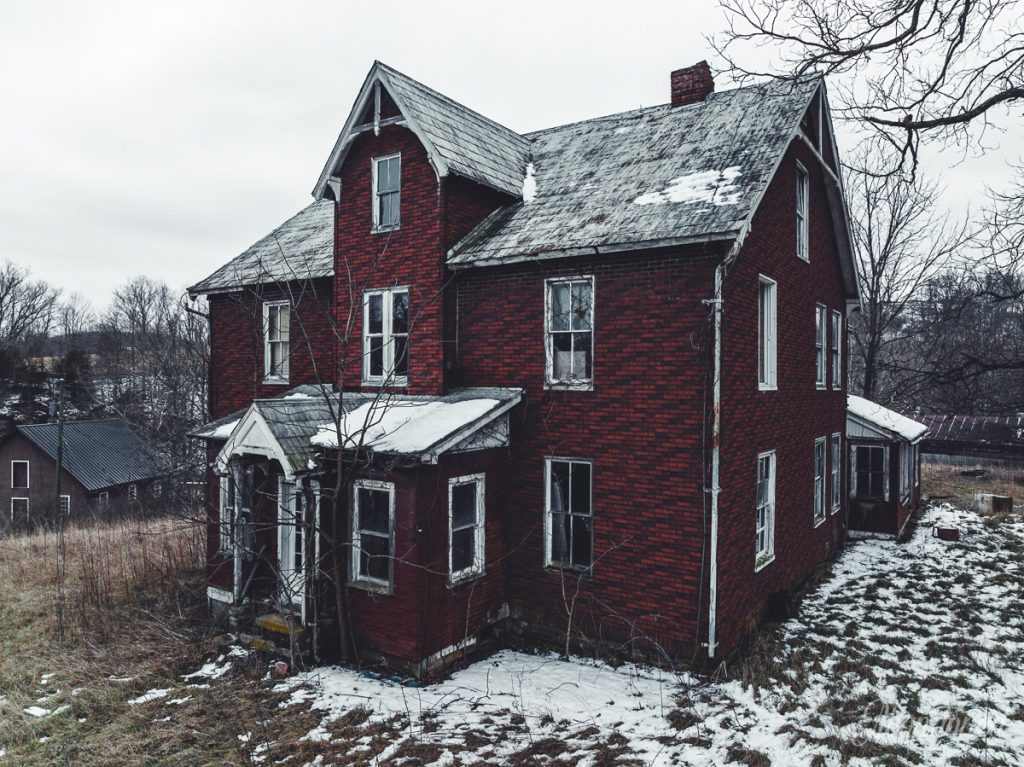