Monitor School is a former school in Coal Grove, Ohio that operated between 1905 and 1995.

Named after the nearby Monitor Pig Iron Furnace, Monitor School was constructed in 1905 2 and served as a replacement to the circa 1857 four-room “Little Red School” that had burned in a fire. 6 The new building housed grades one through ten. 6

Two rooms were added to the school in 1911 because of increasing enrollment. 6

A bond issue was passed to expand the Dawson-Bryant Intermediate School in 1930. 6 The expansion, dedicated on September 25, 1931, added 12 new classrooms and a large gymnasium. Grades nine through twelve were transferred from the Monitor School to Dawson-Bryant in September 1932, leaving the Monitor to function solely for elementary students.

On January 29, 1940, a fire caused $50,000 in damage to the interior of the school, which required extensive structural renovations. A monument dedicated to World War II veterans was dedicated in front of the building in 1943. 2 6

A bond levy was issued to construct a new high school on May 25, 1951, and was completed in April 1954. 6 The new complex hosted grades nine through twelve while Dawson-Bryant became an intermediate school for grades four through eight. The Monitor School remained for elementary students. In 1960, a gymnasium and auditorium were constructed for the high school, and four classrooms were added to the intermediate school. 6

In 1993, school district voters approved a levy for the renovation and expansion of Dawson-Bryant, with the project completed in the fall of 1996. 7 It included the consolidation of three former elementary school buildings (Andis, Deering, and Monitor) into one districtwide kindergarten-to-grade five school, which became known as Dawson-Bryant Elementary.

A village-led Monitor Planning Board Committee met on March 28, 2000, to discuss the potential reuse for the closed Monitor School building. 1 Ideas for the building included renovating it for use as a daycare center, a meeting space for senior citizens, and a local history museum. It was proposed in August 2002 that the building be converted into apartments. 2

Local resident Tom Brammer purchased the school for $25,000 in an auction held in March 2003 with the intention of razing the former school for new houses. After noting the success of the Marting Hotel restoration project in neighboring Ironton, he approached the Lawrence County Community Action Organization about restoring the school instead. A market analysis showed the need for at least 45 rental units in the city and a preliminary environmental assessment showed lower levels of lead-based paint in the building than originally anticipated. 3

Brammer proposed renovating Monitor School into 11 apartments with nine new-build units elsewhere on the property. 3 The site would also include a community room, playground, and 40 parking spaces. 2 Funding would be derived from a low-interest loan from the Housing Development Assistance Program through the Ohio Department of Development. 2 3

More than 60 nearby residents protested against the redevelopment plans, concerned with how the apartments would affect the neighborhood and adjoining property values. 4 Brammer dropped the plans after the village voted 4-3 against the proposal in a November 7 meeting. 5 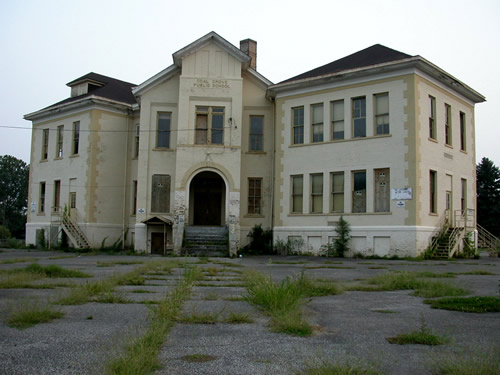 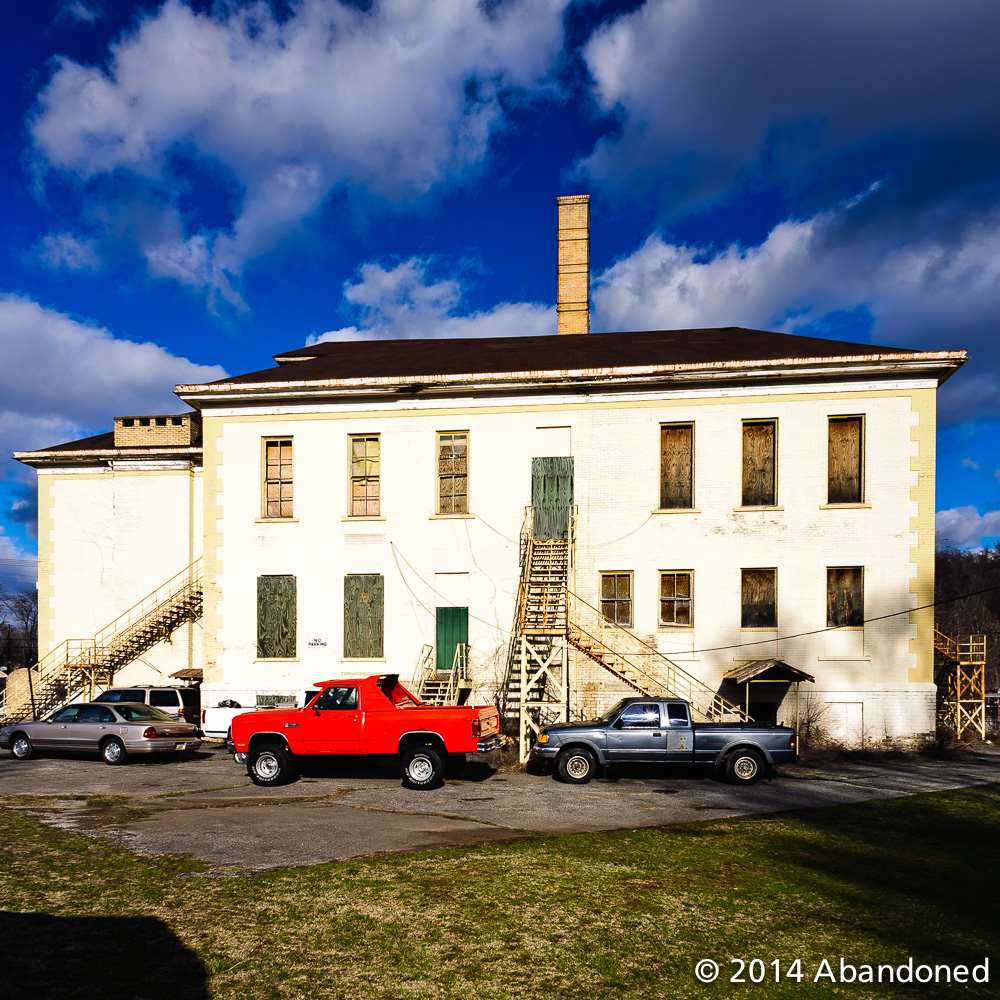 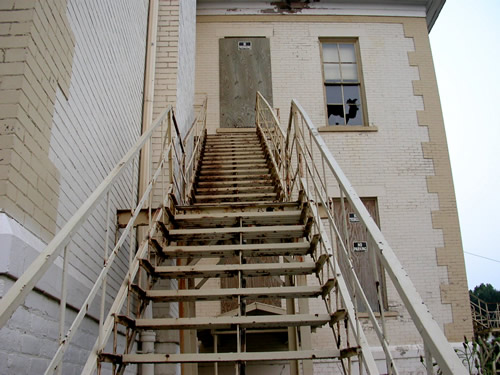 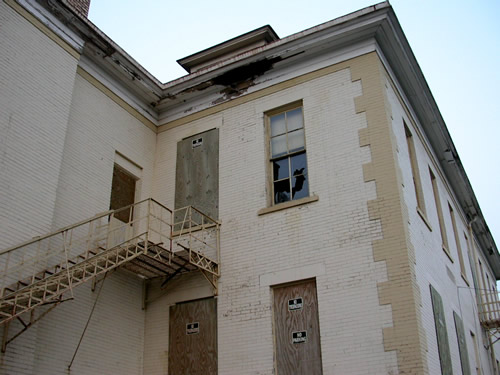 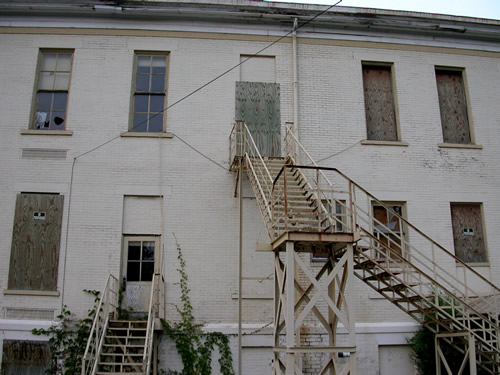 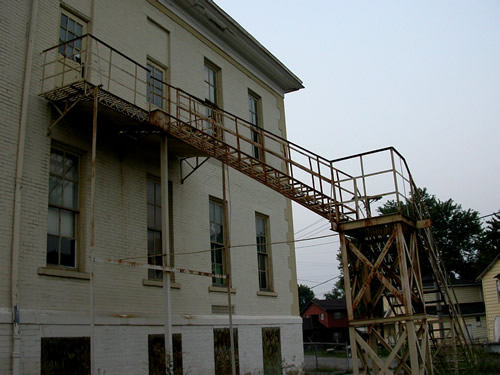 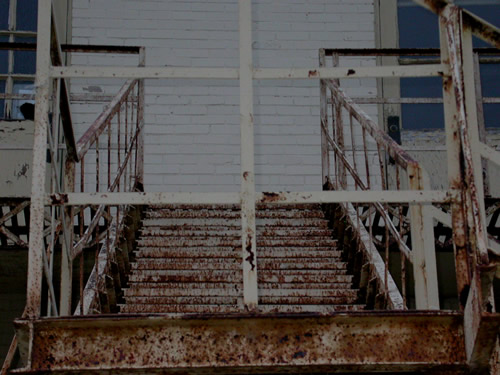 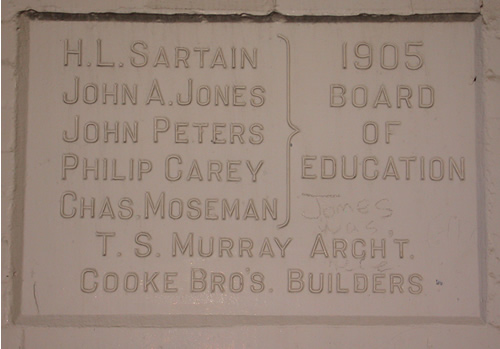 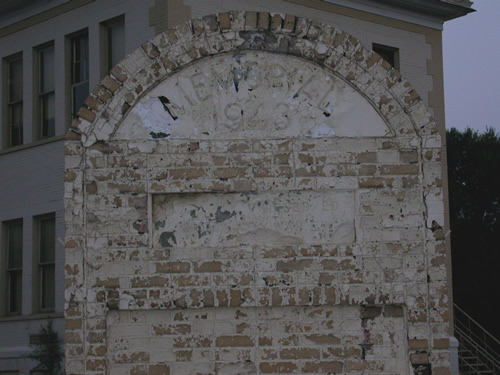