The Nazareth Speedway is an abandoned automobile race track in Pennsylvania.

The Nazareth Speedway started as a ½-mile horse racing track at the Northhampton County Agricultural Fairgrounds in the 1850s. It was relocated to a more spacious location in 1900 and it began to host automobile polo events in the 1910s.

Following the Great Depression, the first large race that happened at the track was one hosted by the American Automobile Association in 1947 which included 35 cars that attracted a crowd of 11,000 spectators.

In 1952, Jerry Fried purchased the fairgrounds and added additional events, such as demolition derbies and enduro races. 16 The reconditioned Speedway reopened on June 8 to a 25 lap stock car race. 15 Fried then acquired a 68-acre property from the Pharo family for $88,500 in 1960 14 and established the Nazareth National Speedway, a semi-banked 1⅛-mile D-shaped dirt oval that opened for dirt, midget, sprint, and stock car races in April 1966. 5 6 16 Veteran Frankie Schneider won the first race. 14

After a ten year dormancy, a group made up of Lindy Vicari of the Racing Sanctioned Corporation of America, Michael Ronca, and Donald Wescott purchased the Nazareth National Speedway for $480,000 in late 1981; the smaller Nazareth Speedway continued to be operated by Fried on a lease agreement with Laneco who owned the property. 12

In 1982, despite the protests from neighboring residents, Vicari refurbished the facilities and shortened the larger 1⅛-mile track to one mile. 5 6 12 13 The inaugural event, Triple 100s, was held between October 7-10. 13

Vicari attempted to use the shortened track to host a series of high-paying special events for USAC’s Championship Dirt Cars and Modifieds, and the races drew large crowds and acclaim. Carl Collis won the last race, a 40-lap modified stock car event on April 29, 1984. 16 In 1985, the facility went into bankruptcy. 5 6

In September 1986, the Nazareth National Speedway was purchased from the Bank of Pennsylvania by Roger Penske of Penske Motorsports. 5 6 14 Groundbreaking ceremonies for renovations at the new Pennsylvania International Speedway were held on October 16. Work entailed the construction of constructed a paved track on the footprint of the former 1⅛-mile dirt track, which featured modest banking at 2.7° and 6.0° and a warm-up lane to enter and exit the pits, a first for a racing oval. The new track’s inaugural race was won by Michael Andretti on September 20, 1987. 16

In 1988, NASCAR began racing the Busch Series at the site. 10 In the same year, the c. 1900 Nazareth Speedway was sold and the land was redeveloped into Laneco, a grocery store. 2

The Pennsylvania International Raceway was renamed Nazareth Speedway in 1993, 14 and in 1997, the facility received significant investments. 7 16 The bleachers were removed, the retaining wall of the front stretch was rebuilt, and the grandstands on the front stretch were replaced with high-rise grandstands with 10,000 additional prime seats. 16 In 1998, the remaining wall along the back stretch was replaced, followed by the enlargement of the media center and the infield car center in 1998-99.

with a new retaining wall, grandstands, and catch fence. 7 The work wasn’t without controversy as the raceway had violated its construction permits, leading to cease and desist orders from the township.

In May 1999, the International Speedway Corporation (ISC), the parent company of NASCAR, acquired Penske Motorsports for $660 million in cash, stock, and debt. 8 10 14 Flagging growth and poor financial prospects led ISC to discontinue races at Nazareth Speedway after the 2004 season. 9 The Busch Grand National Series race held on May 15-16 Indy Racing League event held on August 27-29 were the final races held at the track. ISC moved events to its other venues that it owns and by May 2007, the grandstands and signage from the track were removed.

In November 2015, Raceway Properties LLC purchased the abandoned racetrack 3 with the long-term goal of redeveloping the property for residences and warehouses. 4 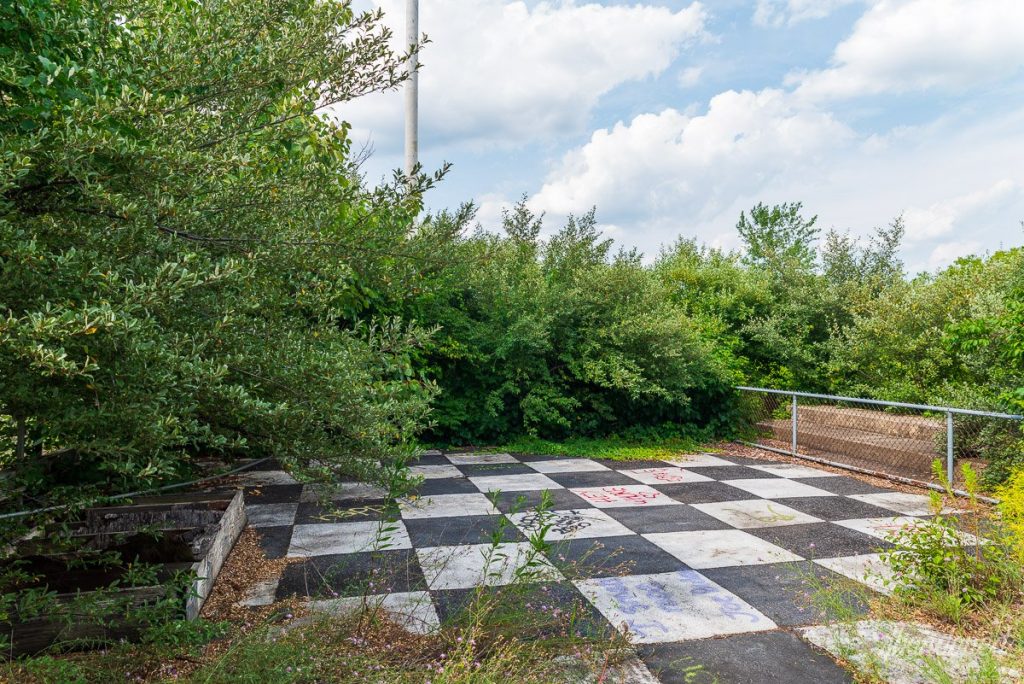 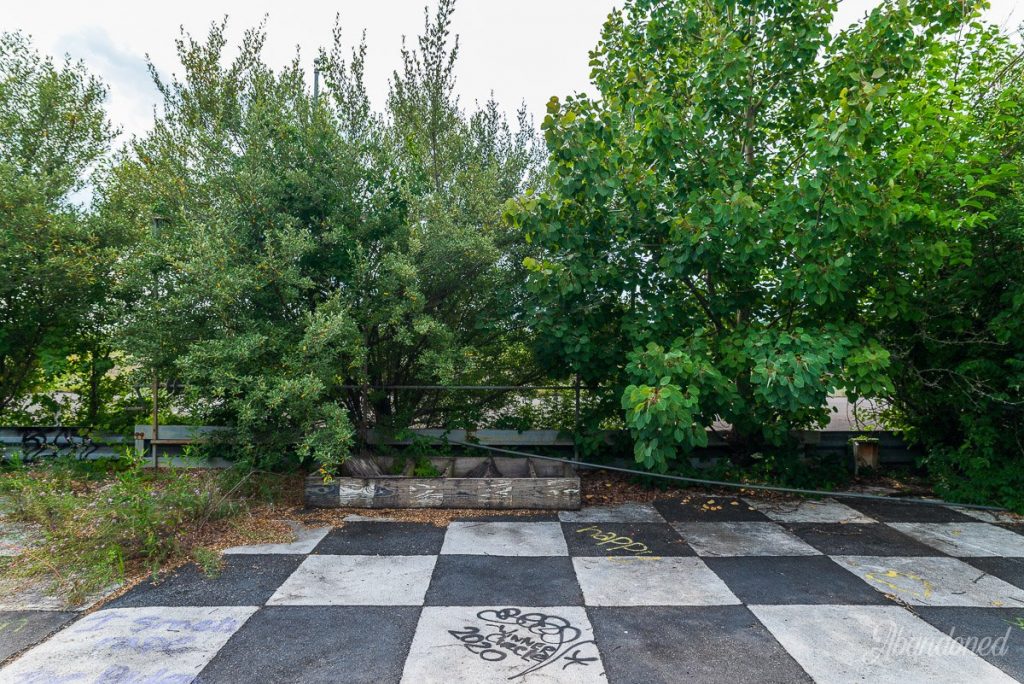 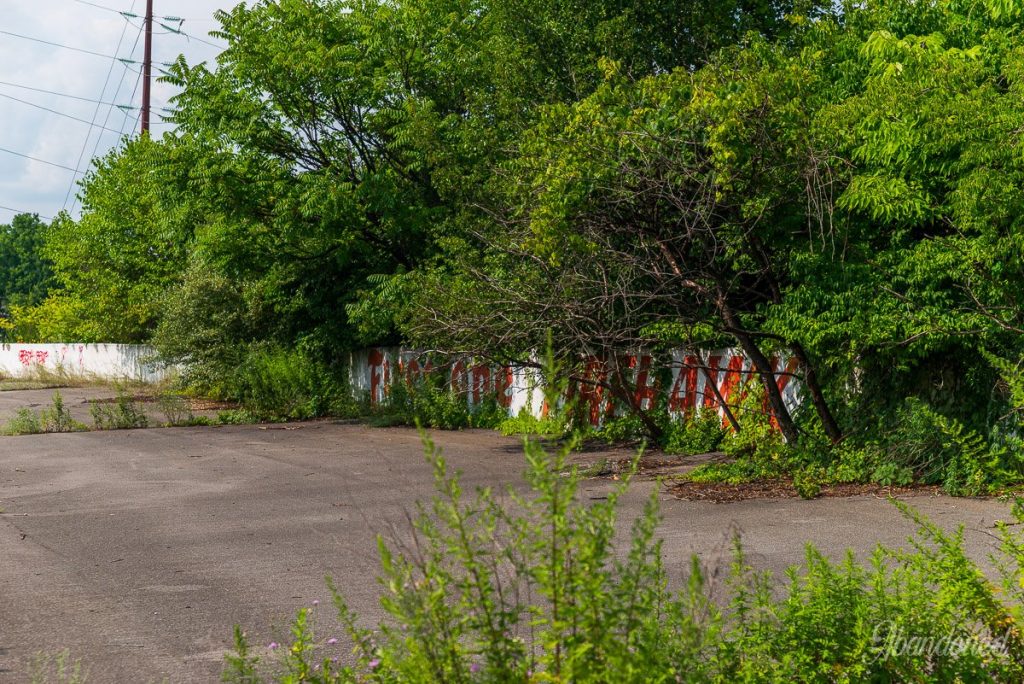 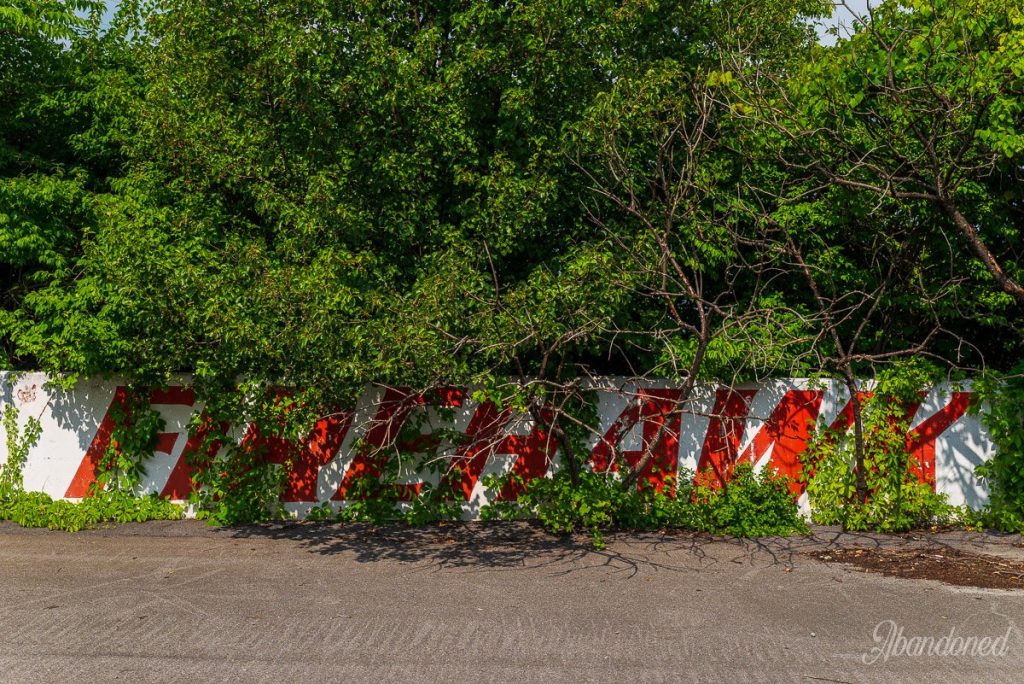 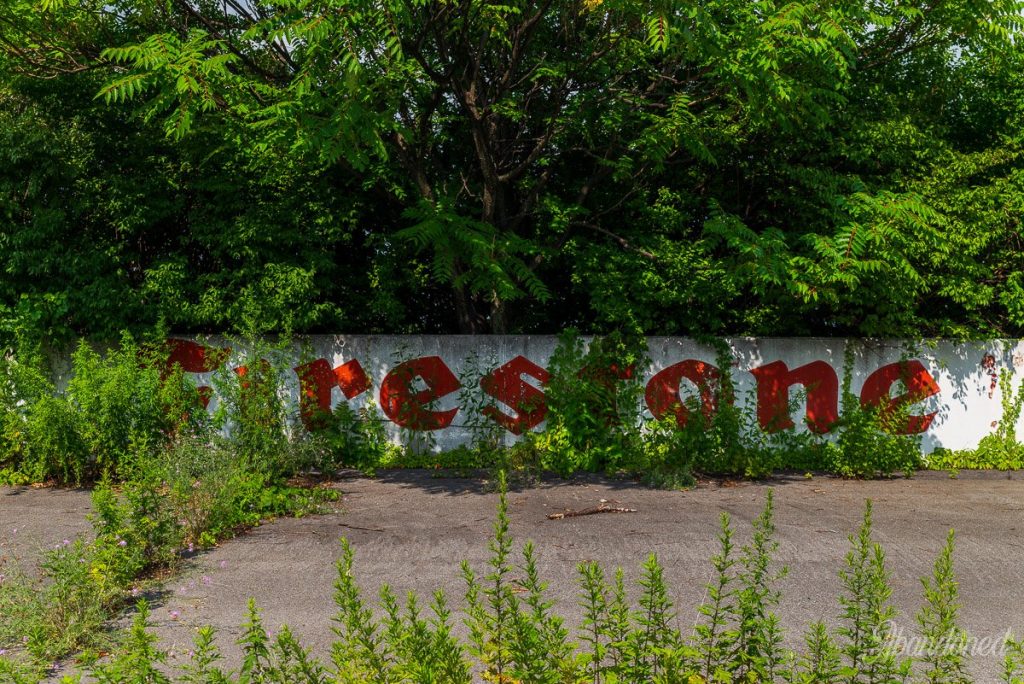 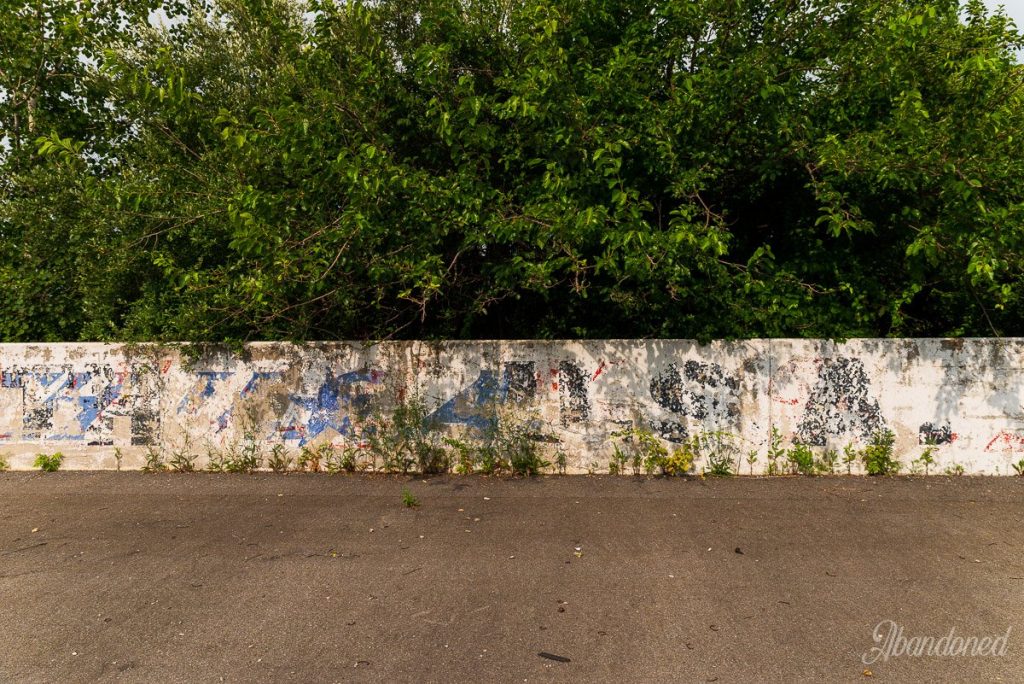 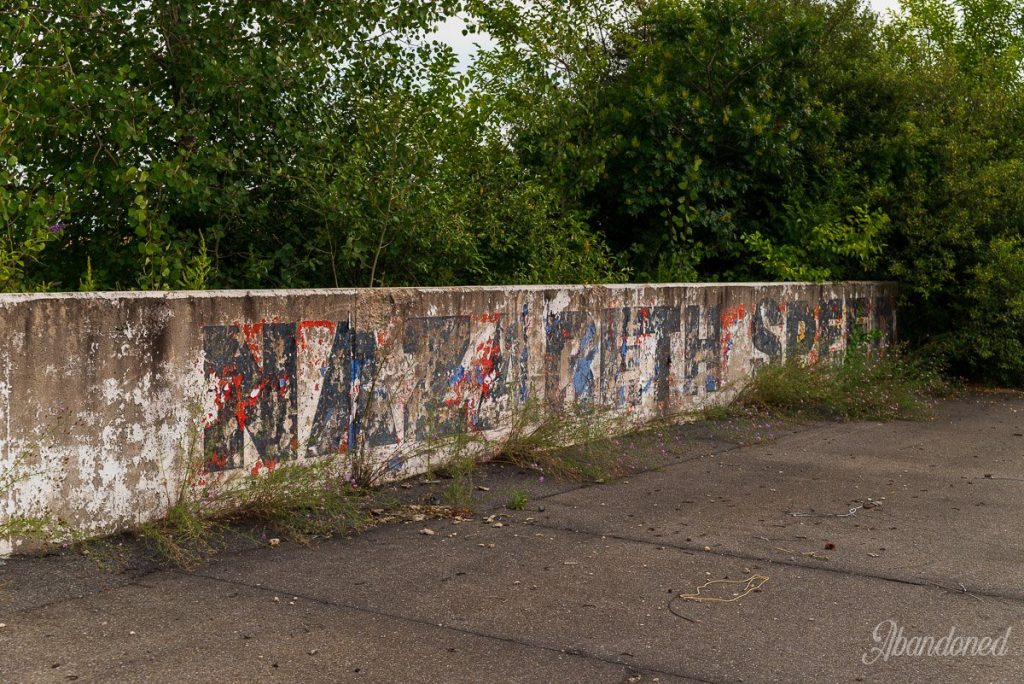 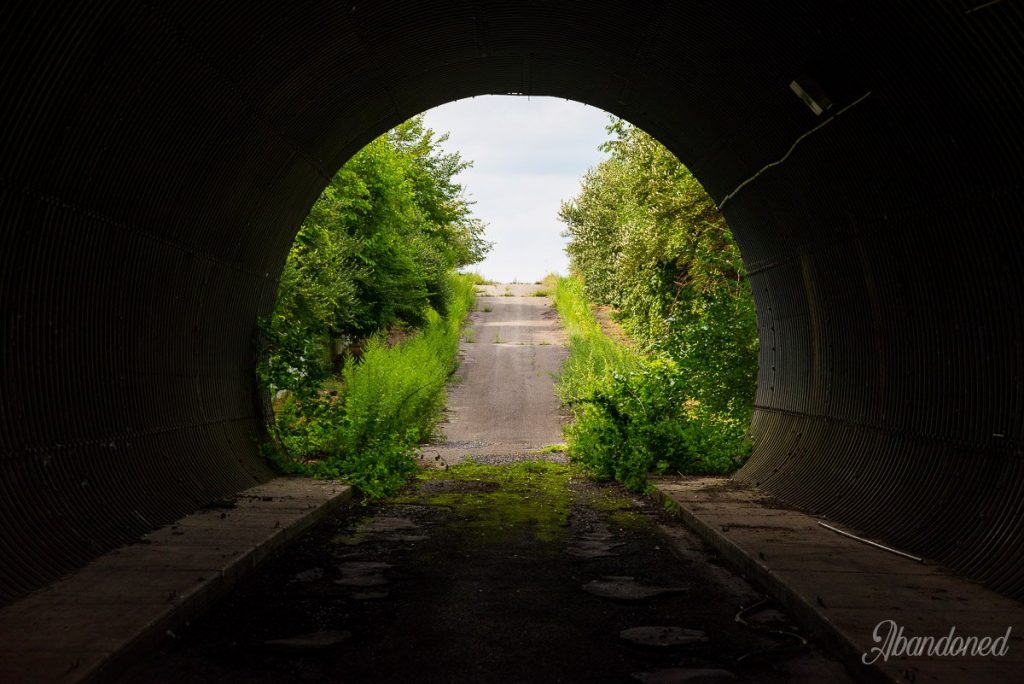 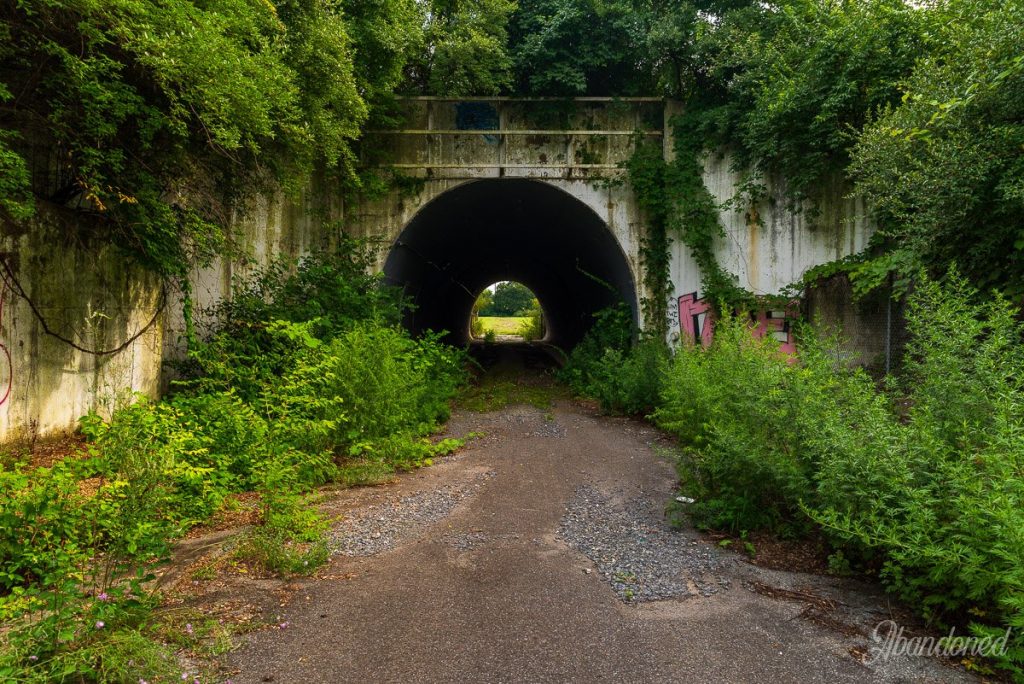 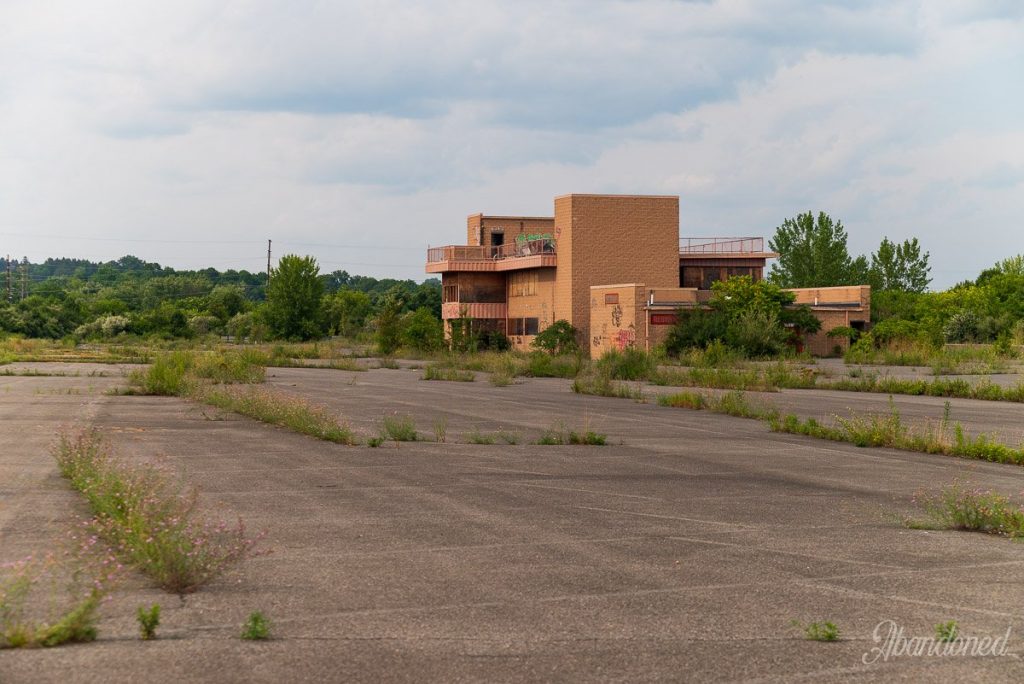