The O’Hara Waltham Dial Company is an abandoned clock face manufacturer in Waltham, Massachusetts. The building was later used to produce traffic signals, luggage, and canvases.

The O’Hara Waltham Dial Company was founded in Waltham in 1897 by Daniel O’Hara and Edwin D. Wetherbee of Cincinnati, Ohio. 1 It was the only firm in the city devoted to producing plain and hand-decorated watch dials, enamel dials for electric, gas, and water meters, number wheels for counting meters, buttons for political campaigns, as well as other precision work on china, enamel, glass, and porcelain.

The O’Hara Waltham Dial Company was one of several spin-off companies from the American Watch Company where O’Hara produced solid gold watch cases while Wetherbee crafted watch dials. 1 Daniel O’Hara, born in Newport, Kentucky, initially worked for the Duhme Jewelry Company in Cincinnati and moved to Waltham to work at the Waltham Watch Company in 1881. While there, he earned several patents before becoming foreman of the case department. Edwin Wetherbee, born in Hanover, New Hampshire in 1857, relocated to Waltham circa 1878 where he made watch dials on Moody Street. He was looking for a partner for his watch dial business when Waltham Watch closed its case department in 1890. Afterward, O’Hara decided to go into business with Wetherbee.

O’Hara and Wetherbee initially set up operations on Bedford Street, operating under the name Waltham Dial Company. 1 Wetherbee left the business to become superintendent of the dial department of the Trenton Watch Company in 1893. In 1897, the company became known as O’Hara Waltham Dial Company and relocated to a new three-story factory along Rumford Avenue. 1 3 The structure was typical in design for a late 19th-century brick industrial building, complemented by two distinctive paneled corner towers that were added circa 1900 and a one-story west wing. 1

The business began to decline in 1898 after a new watch dial maker opened in Sag Harbour, New York. 3 To diversify operations, the company began to purchase standard decorated beer stein bodies from the Ceramic Art Company, which featured an O’Hara Dial “fleur-de-lis” base mark, and fitted pewter lids by Manning Bowman and Company. O’Hara Waltham Dial then cut and enameled the circular brass inserts, assembled them to the lid, and distributed the completed steins under their own name.

The company stopped selling beer steins after O’Hara died in November 1912, 3 and the business was renamed to O’Hara Dial Company. 1 The company experienced some financial difficulties during the Great Depression but eventually grew to employ 200 during World War I.

The complex was acquired by Eagle Signal Corporation of Moline, Illinois to manufacture traffic signals after O’Hara Dial closed in the 1950s. 1 The site was used by Pantos Canvas Corporation to produce luggage and canvases by the 1980s.

In October 2004, Cambridge-based developer Norumbega/ Oaktree LLC, headed by Arthur Harrison, requested for a special building permit from the city to redevelop the former O’Hara Waltham Dial factory. 5 Harrison proposed rehabilitating the former O’Hara Waltham Dial factory into upscale condominiums with river views. 2 5 The project would entail converting the circa 1897 building into three housing units and constructing a new matching brick building for an additional 31 housing units with room for common areas and a parking garage. 2 The units would be priced at between $450,000 and $500,000.

The plan to reuse the former industrial plant fell through in 2007.

In March 2019, a neighboring property owner called the city regarding a roof collapse at the former factory. 3 An inspection revealed that the roof had collapsed in places and that one of the brick towers was starting to lean precariously. The city issued a Notice of Unsafe Structure for the complex on April 4, which required the owner to have a demolition plan within 90 days from the date of issue.

Abatement for hazardous materials at the factory, overseen by the state Department of Environmental Protection, began in July. 3 On the first day of work, crews collected two trash bags of radium dust and paint chips. Asbestos removal began shortly after and work to demolish the complex is expected to begin in September. 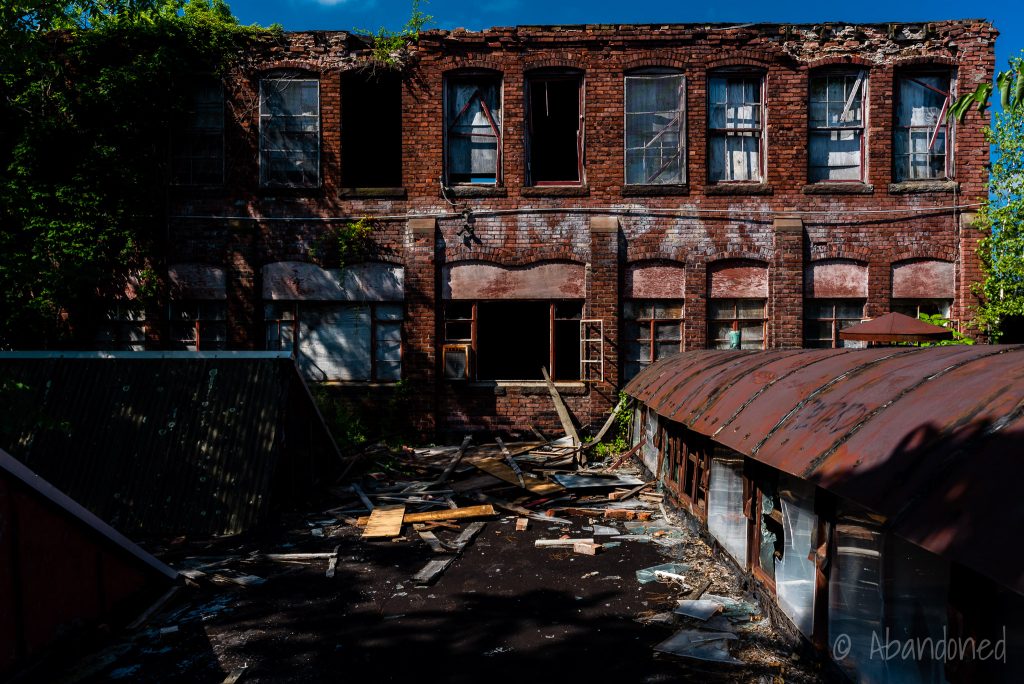 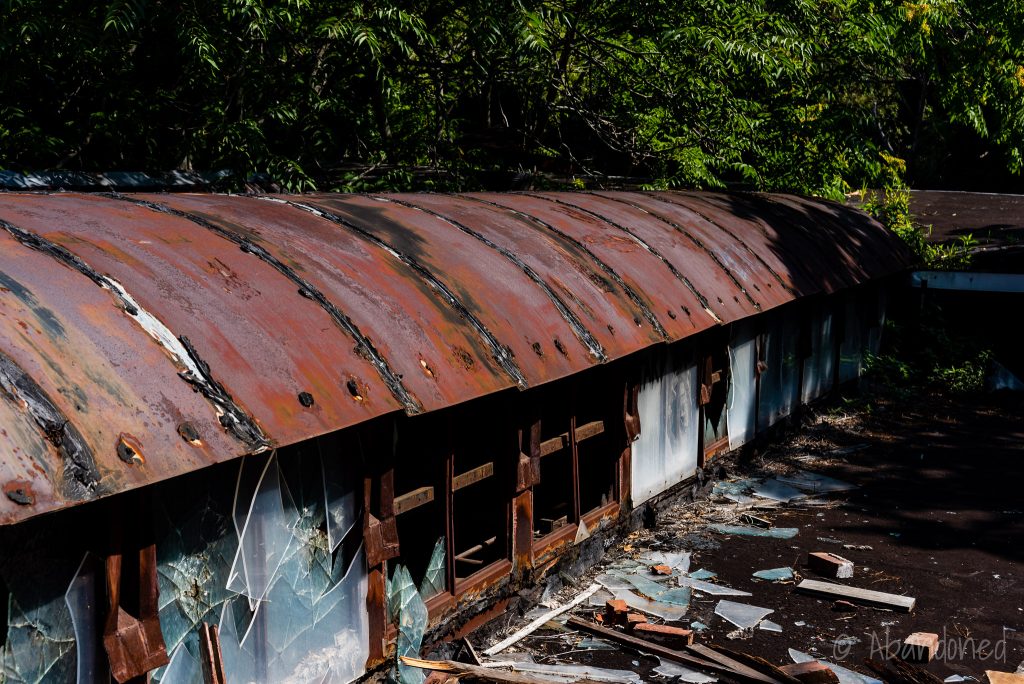 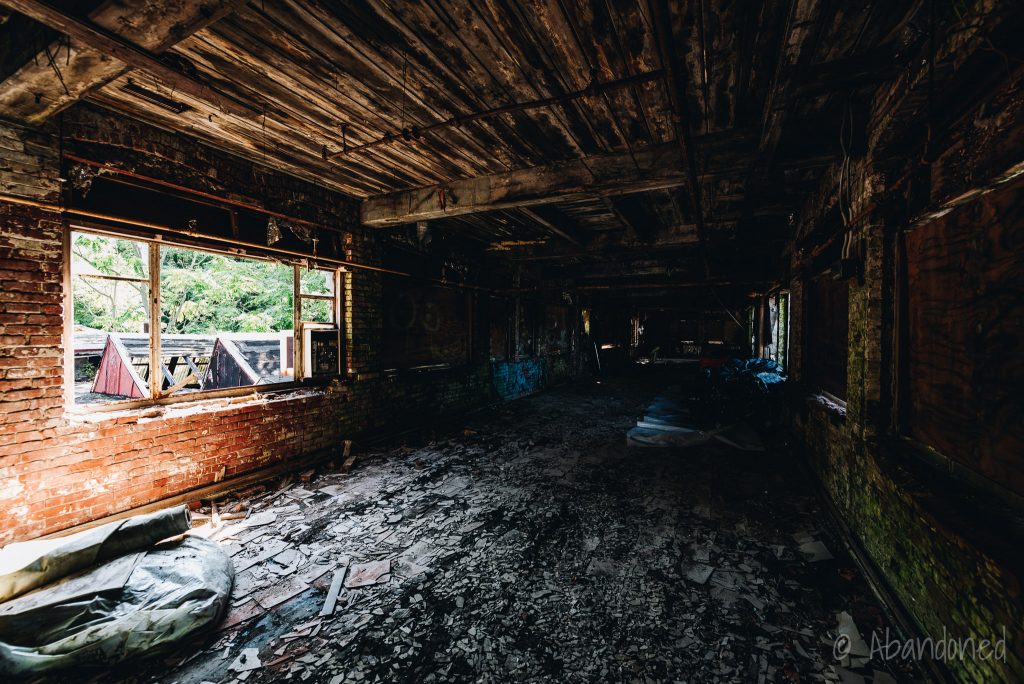 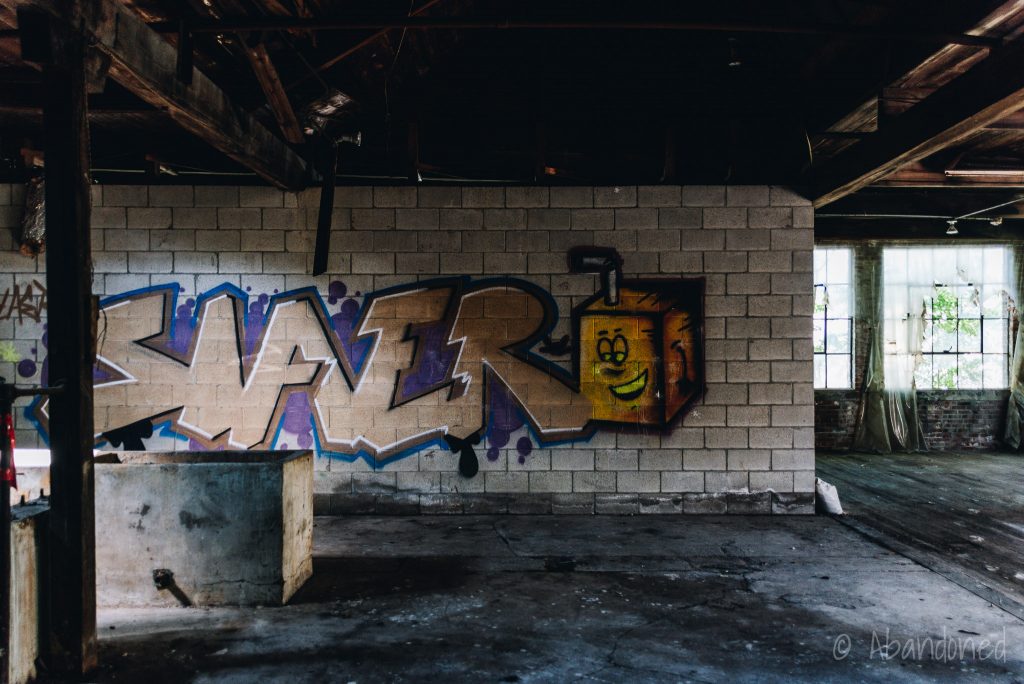 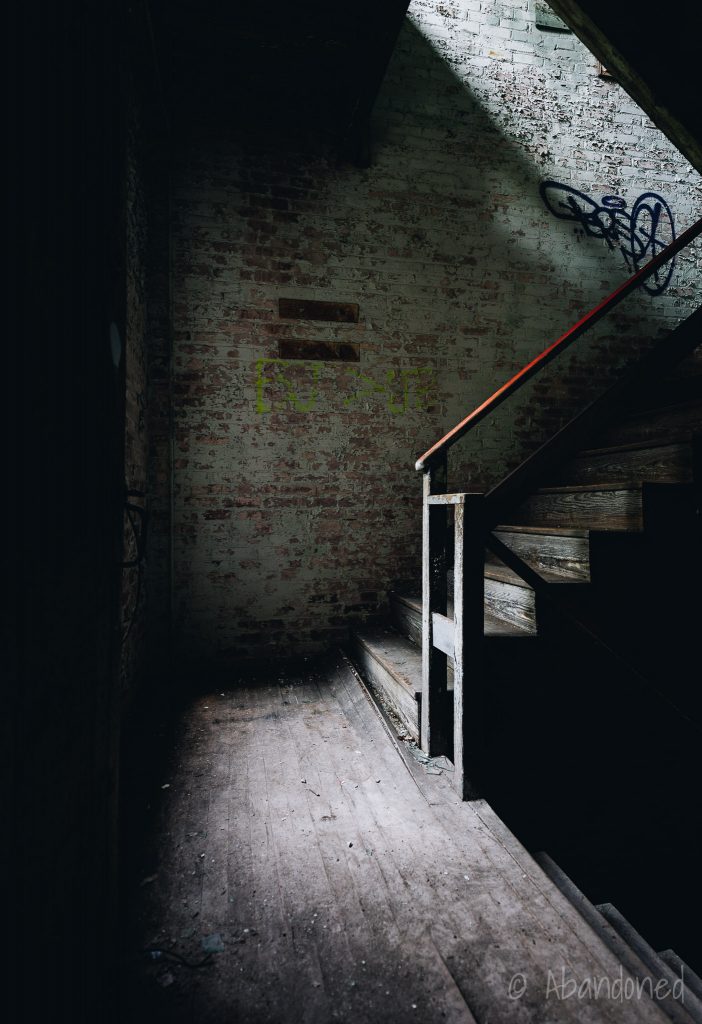 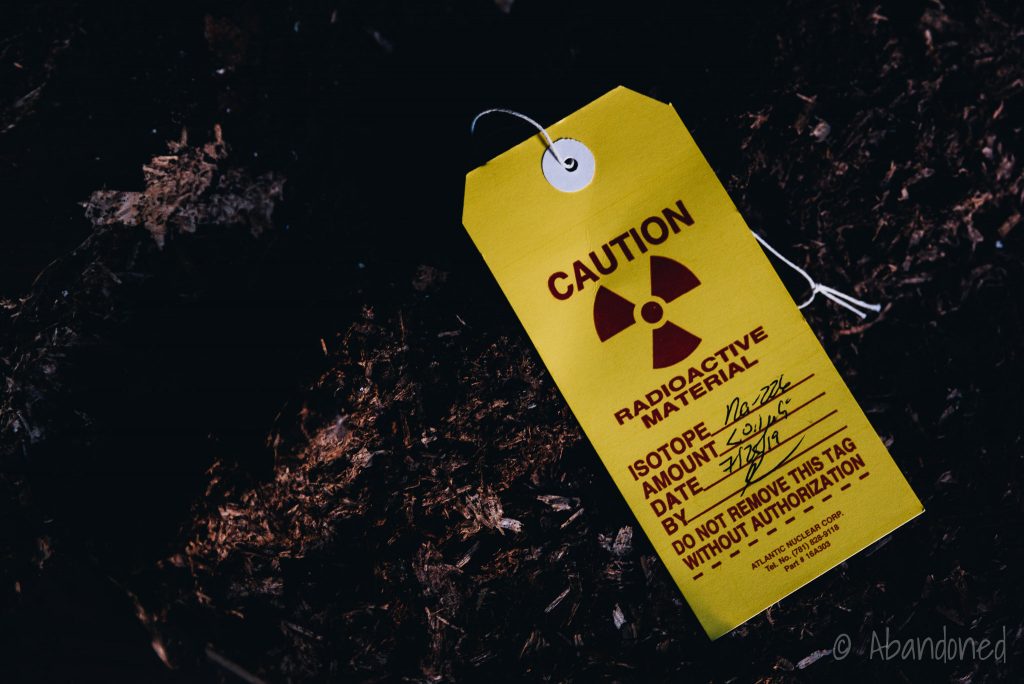 After a recent drive through Cairo, Illinois (article forthcoming), and seeing the effects of decades of racial segregation and violence, and then economic decline and population loss, I wondered what…
END_OF_DOCUMENT_TOKEN_TO_BE_REPLACED
Category In FocusPosted on December 20, 2016February 20, 2020