The Oneida & Western Railroad is an abandoned rail line between Jamestown and Oneida, Tennessee. The line served vast pockets of virgin timber and coal mines before it was abandoned in 1954 after many years of financial troubles.

In the early 20th century, Pickett, Fentress, and Scott counties in northern Tennessee were ripe with virgin, old-growth timber and vast coal deposits, but most of the land was inaccessible because of the unforgiving terrain along the Big South Fork Cumberland River. The Stearns Coal & Lumber Company attempted to harvest some of the trees by dumping the logs over a 400-foot-high cliff into the river, but most of the logs sank as they waddled north into Kentucky. 1 The company then erected a mill in Stearns, Kentucky, and then began work on constructing the Kentucky & Tennessee Railroad from Stearns into the Big South Fork valley.

Initial planning for a railroad into the valley had begun in the late 1800s by the Tennessee Stave & Lumber Company, who had earlier built a logging railroad in Fentress and Scott counties. 2

Jamestown Railroad was incorporated by the Tennessee Coal & Lumber Company on October 29, 1912, with the goal of constructing a route between Jamestown and Glenmary. 1 2 The route was amended to focus on the construction of a line between Oneida, Tennessee to Albany, Kentucky via Jamestown, and a charter was issued to the Oneida & Western Railroad (O&W) on August 5, 1913. 1 2 3

Construction of the O&W began on November 4 2 at the Cincinnati, New Orleans & Texas Pacific Railway (Cincinnati Southern) junction in Oneida, and was completed to the Big South Fork in June 1915. 1 The ten-mile route featured six bridges. The O&W was extended west five miles to Gernt by July 1916, by three miles to Christian later in the year, by seven miles to Stockton in 1918, and to East Jamestown in 1921. 2 The Doss branch was built from Stockton to access timber in 1917 and remained in use until 1925. 2

In all, the O&W extended for 30 miles and included 12 stations:

With virgin timber all but exhausted and to reflect the company’s emphasis on coal, the Jamestown Railroad Company was rechristened as the Tennessee Lumber and Coal Company in 1920. 2

To access virgin timber west of Jamestown, the O&W sought to extend its mainline by seven miles to Jamestown in June 1930. 1 The new track opened on December 10, giving the O&W a total length of 37.84 miles.

At the O&W’s peak in 1922, the railroad featured three daily round trips for passengers, but the popularity of the private automobile saw passenger ridership numbers decline between Oneida and Jamestown, a 3½-hour ride. 1 By 1936, the O&W offered only three daily round trips via a motorcar on the tracks. Additionally, the Great Depression had softened coal sales, and all of the virgin timber had been harvested. 2

In 1942, the Tennessee Valley Authority proposed a dam along Wolf Creek, which would later form Dale Hollow Lake in Tennessee and Kentucky. 1 Crown-Healy, a Chicago-based construction firm, purchased the O&W and prepared to extend the line from Jamestown to Celina near the proposed dam site to transport construction materials. The advent of World War II delayed the dam, and Crown-Healy lost out the contract after new bids were taken in 1946. 2

The Jewell Ridge Coal Company purchased the O&W from Crown-Healy and intended to use the line to access new underground coal reserves along the Big South Fork and to an active mine at Zenith. 1 2 But a lack of investment and maintenance in the tracks or locomotives made Jewell Ridge Coal’s plans financially impossible. Despite mining plans that were still under development, the O&W had only one profitable year since 1930 and was running with just two or three trains per week. The company filed for abandonment of the O&W in 1953 and the last train operated over the line on March 31, 1954. 1 2 3

The O&W’s offices were later used by the Plateau Electric Cooperative. 1 Today, the O&W west of Big South Fork to Jamestown is a combination hiking and equine trail. The remainder is used as a dirt road for river access. 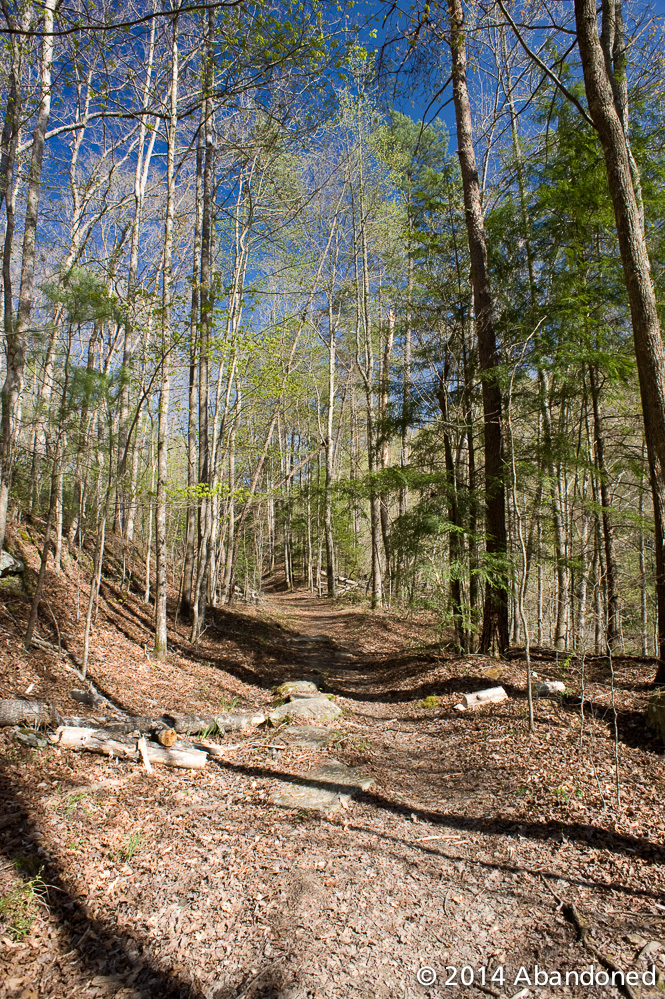 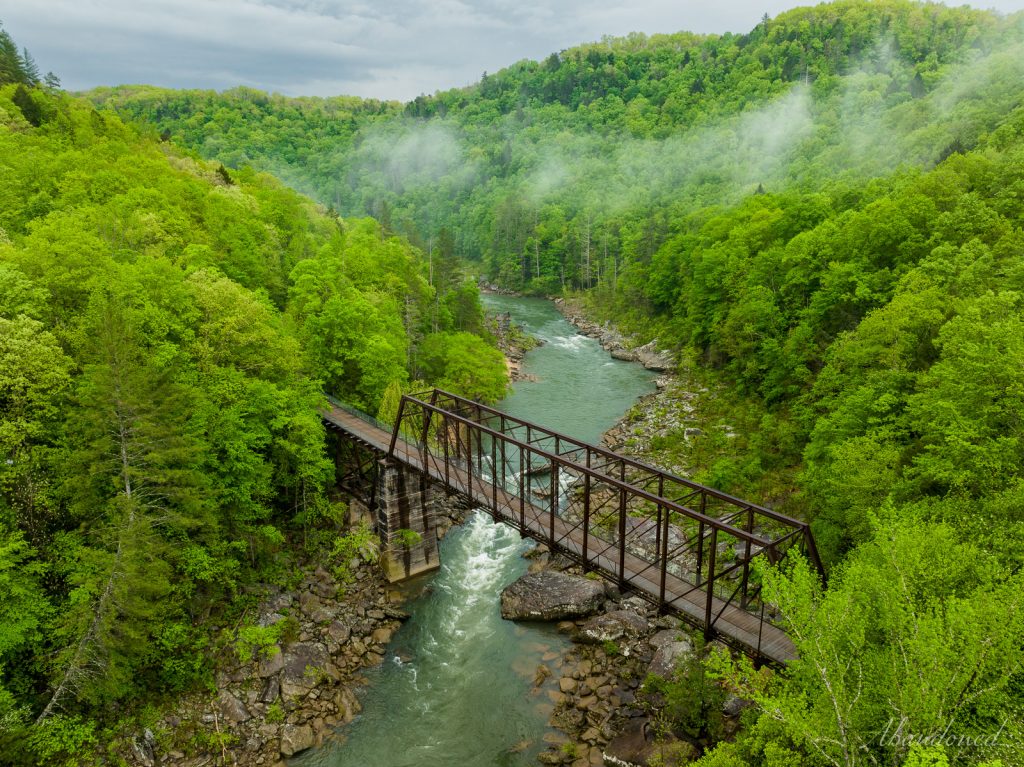 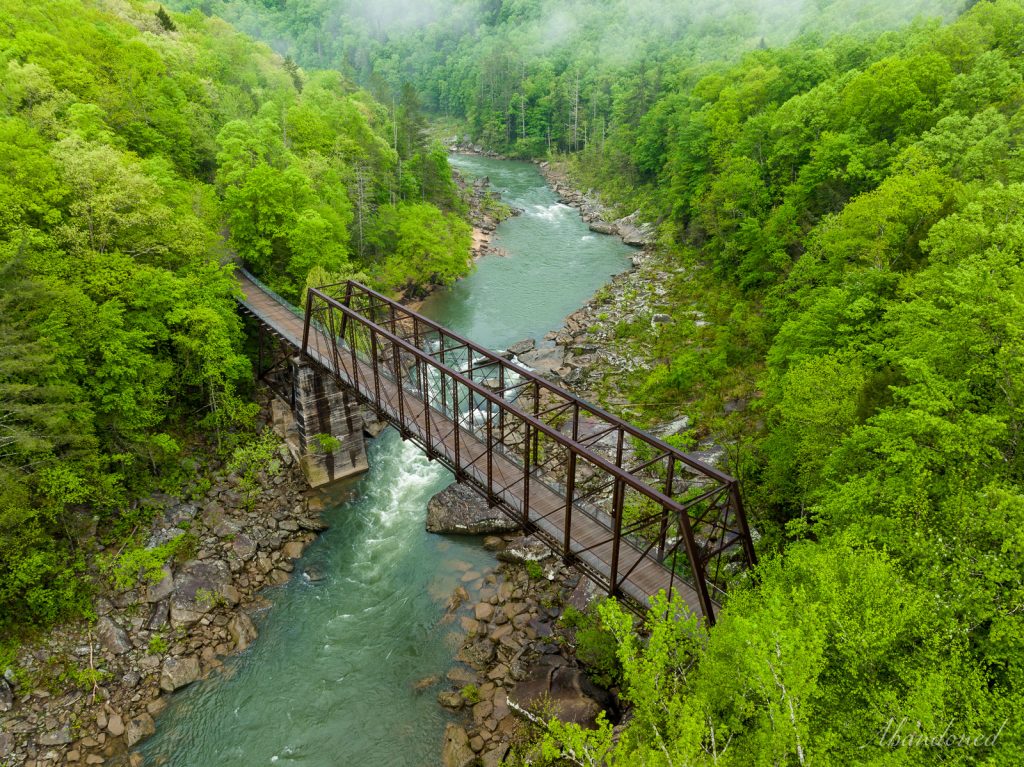 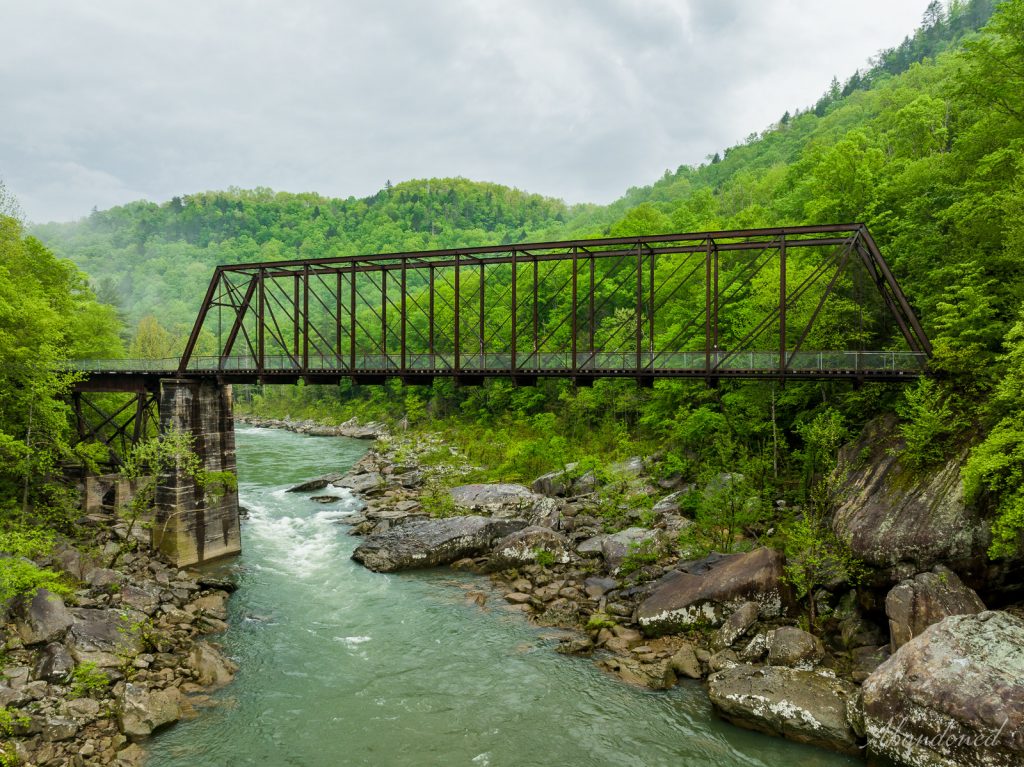 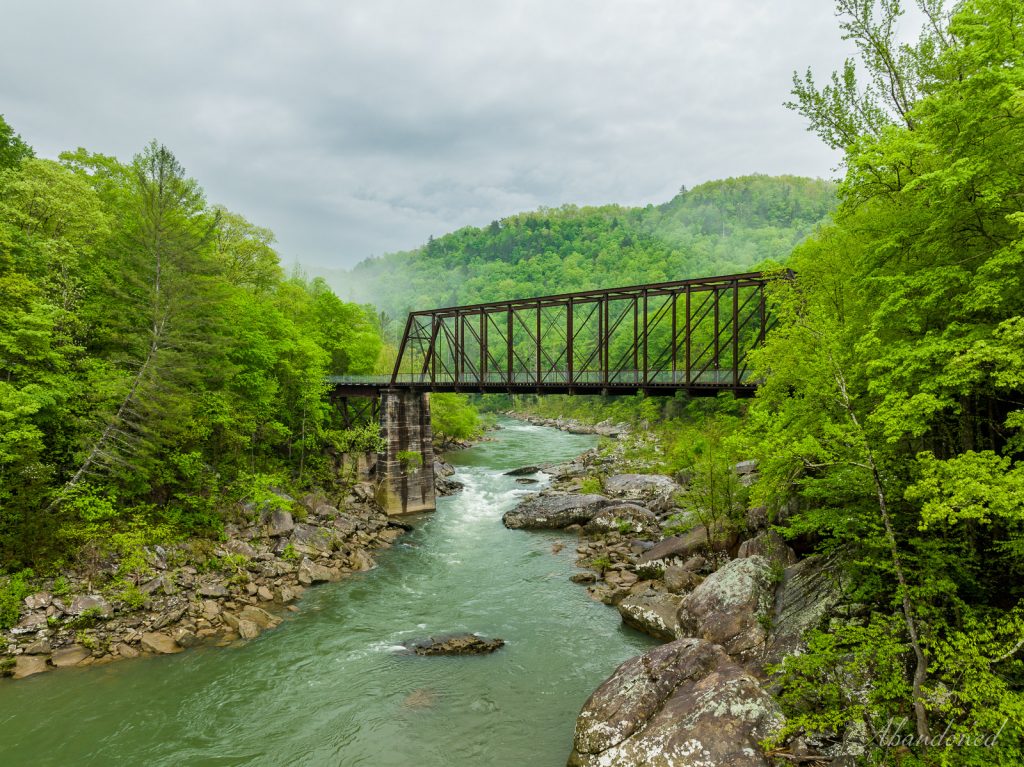 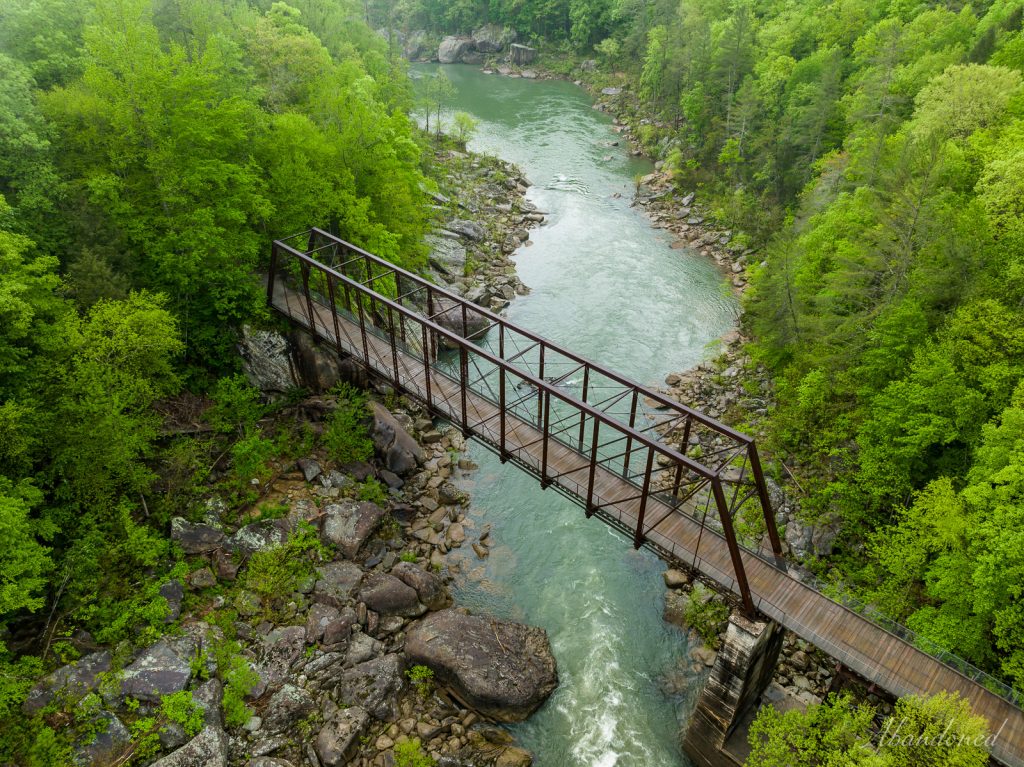 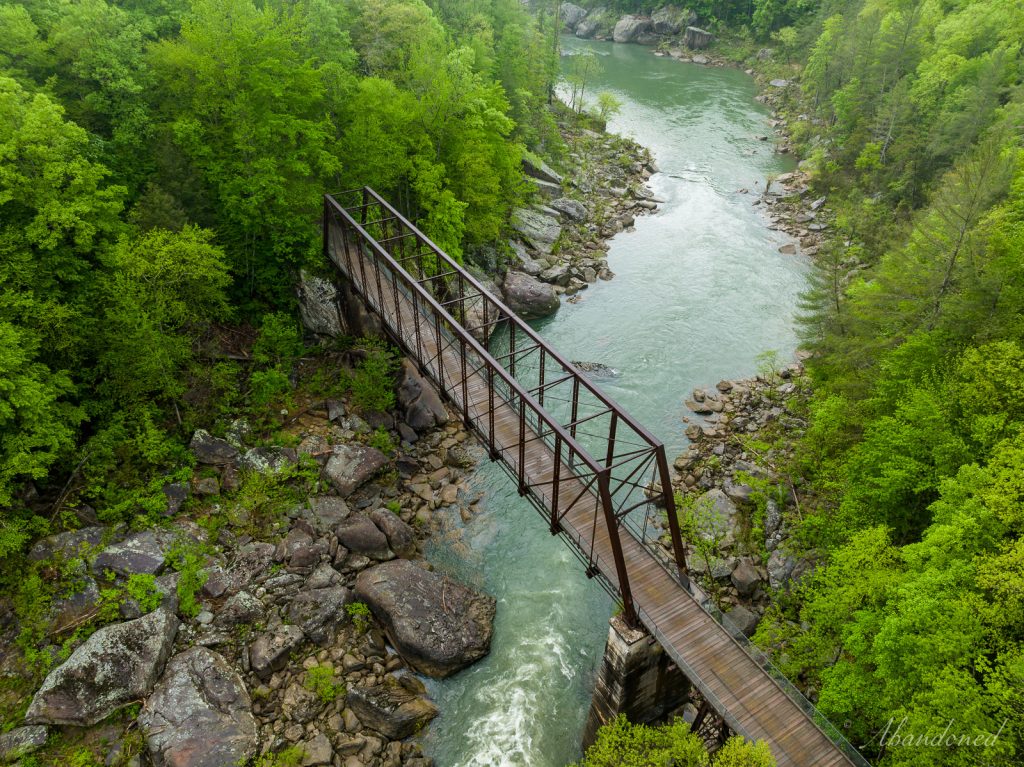 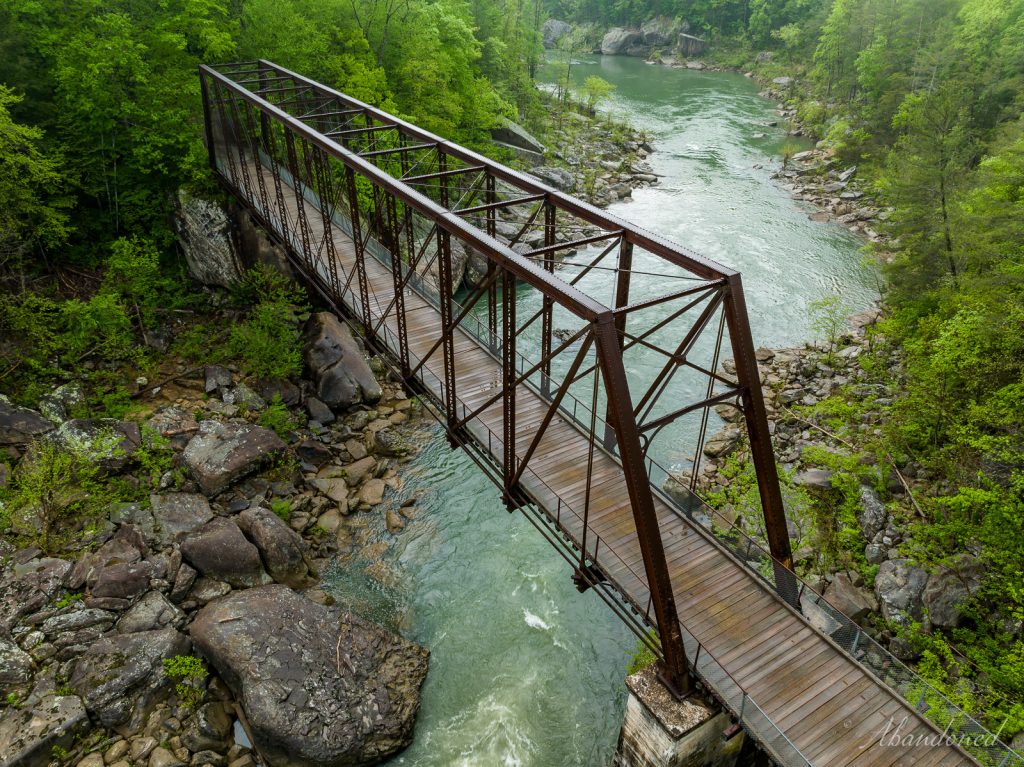 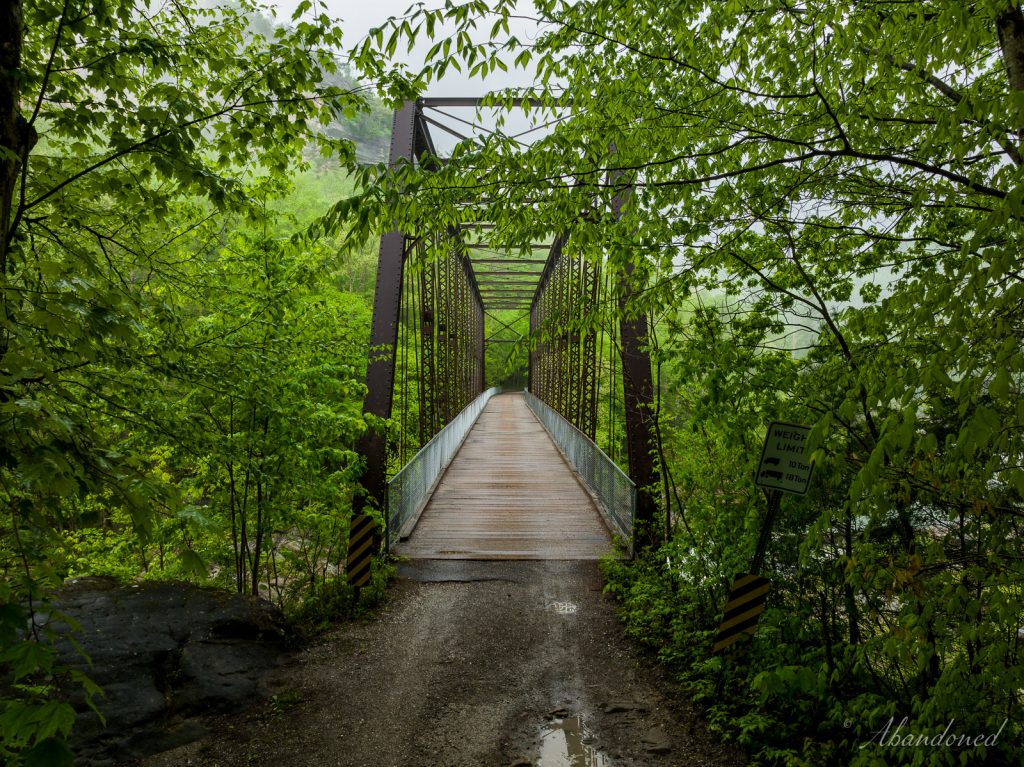 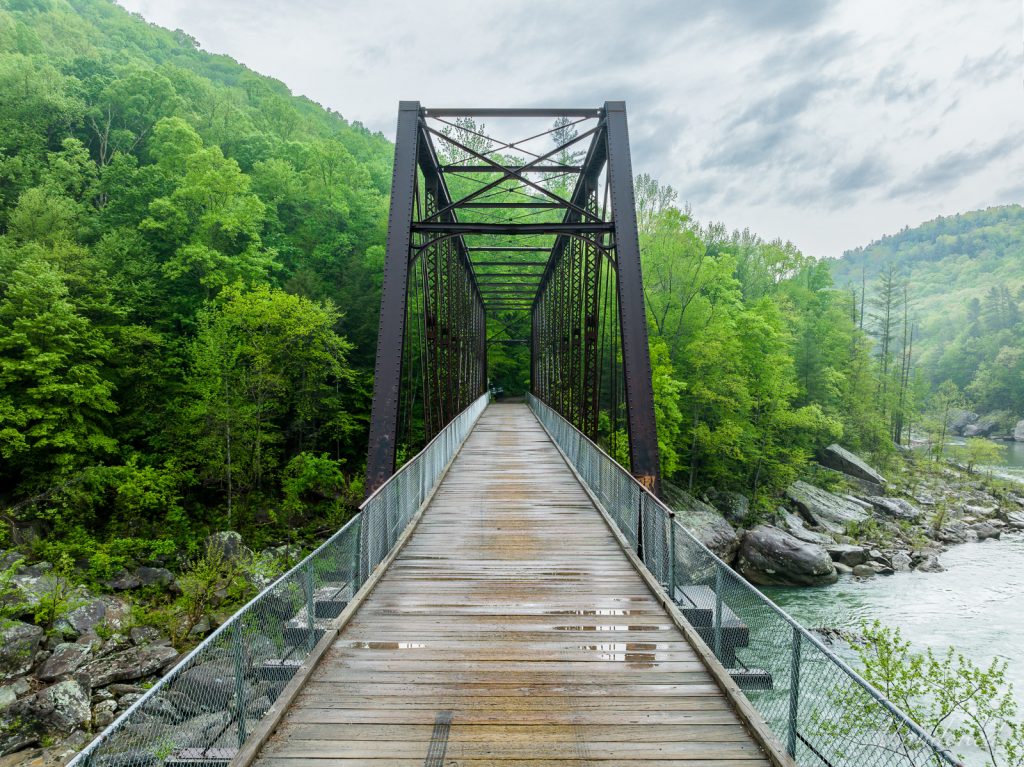 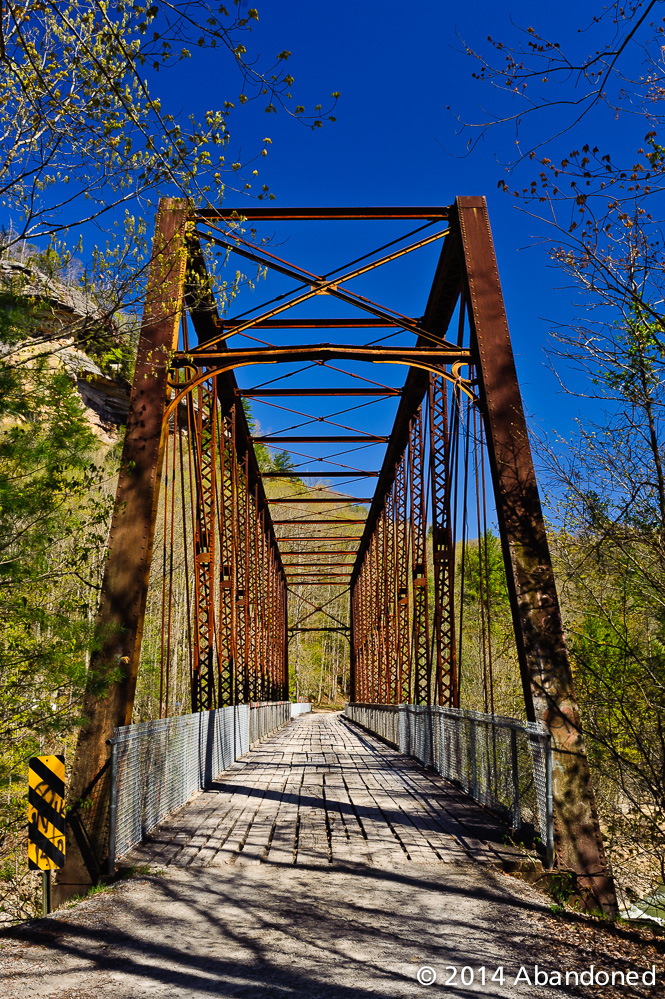 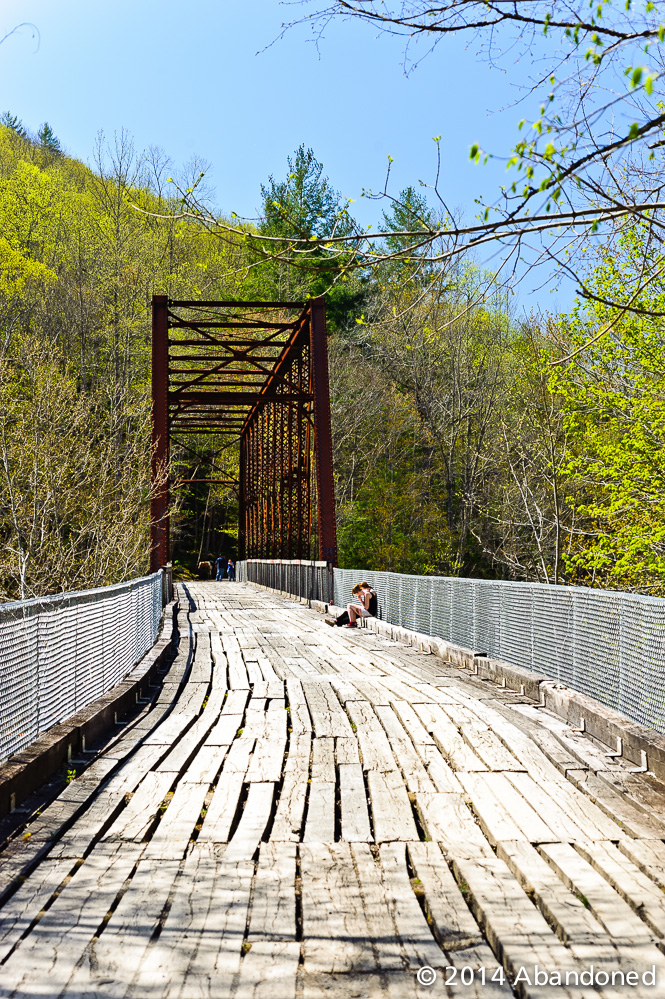 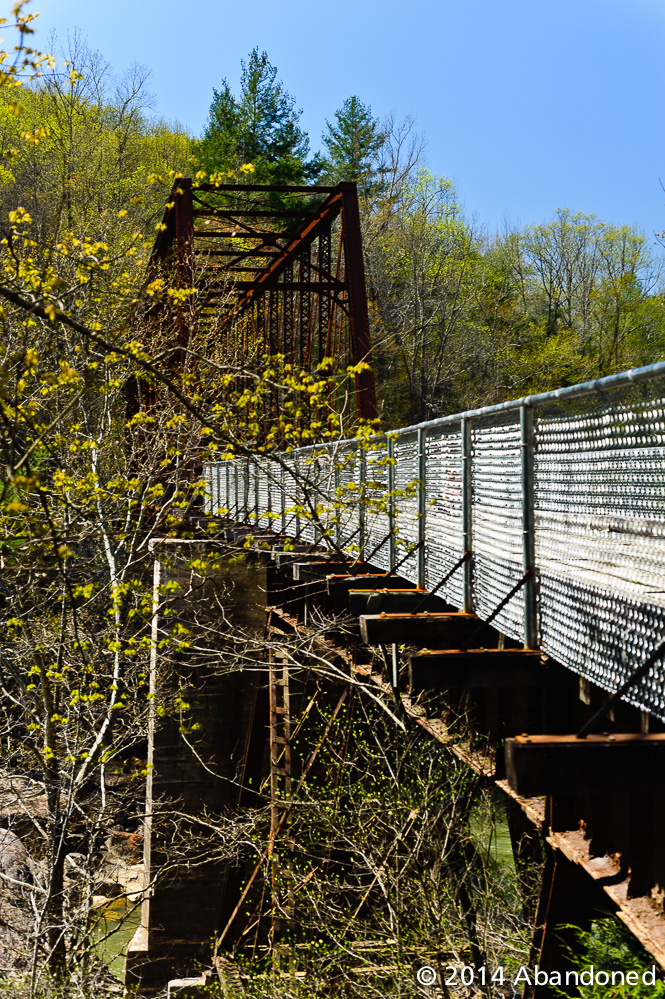 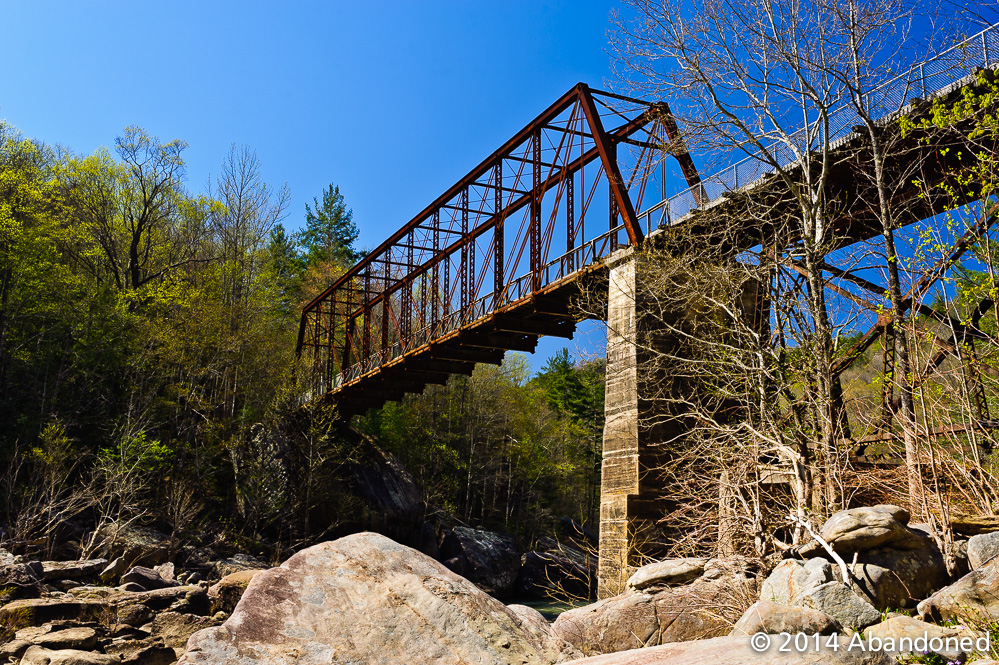 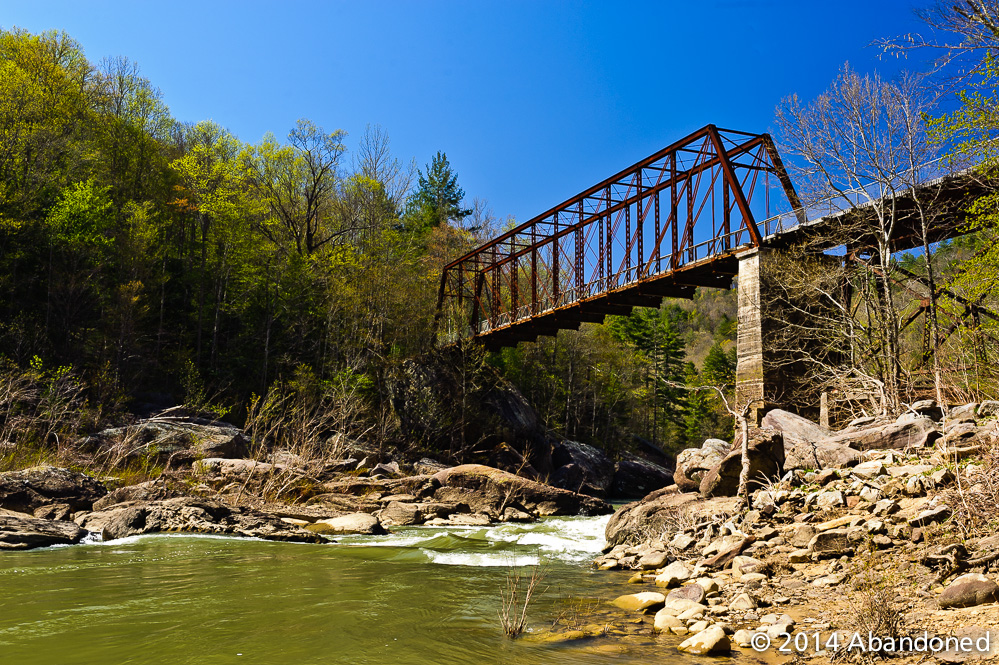 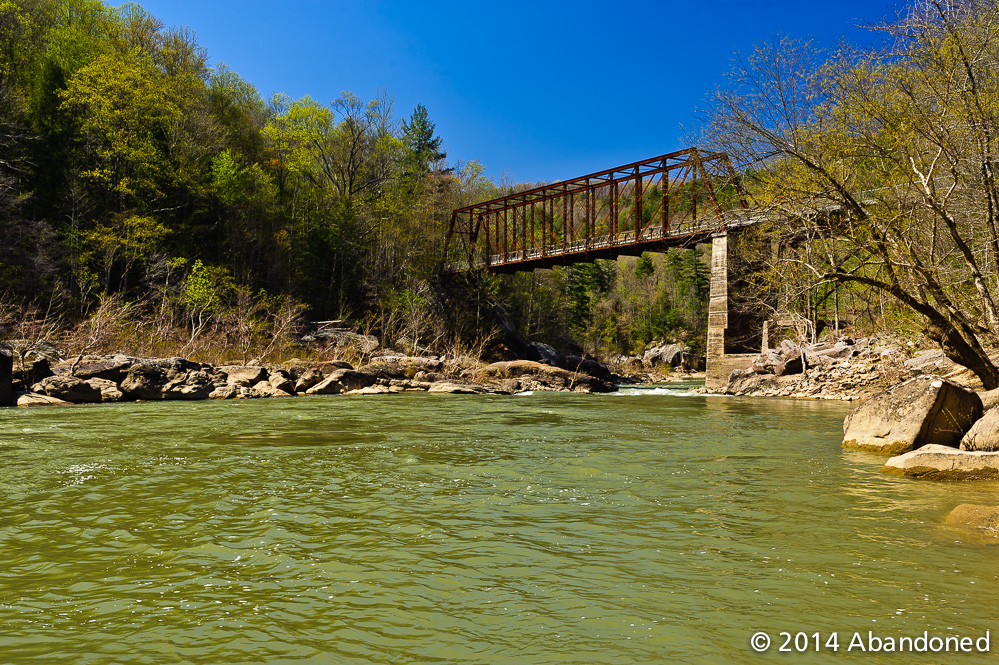 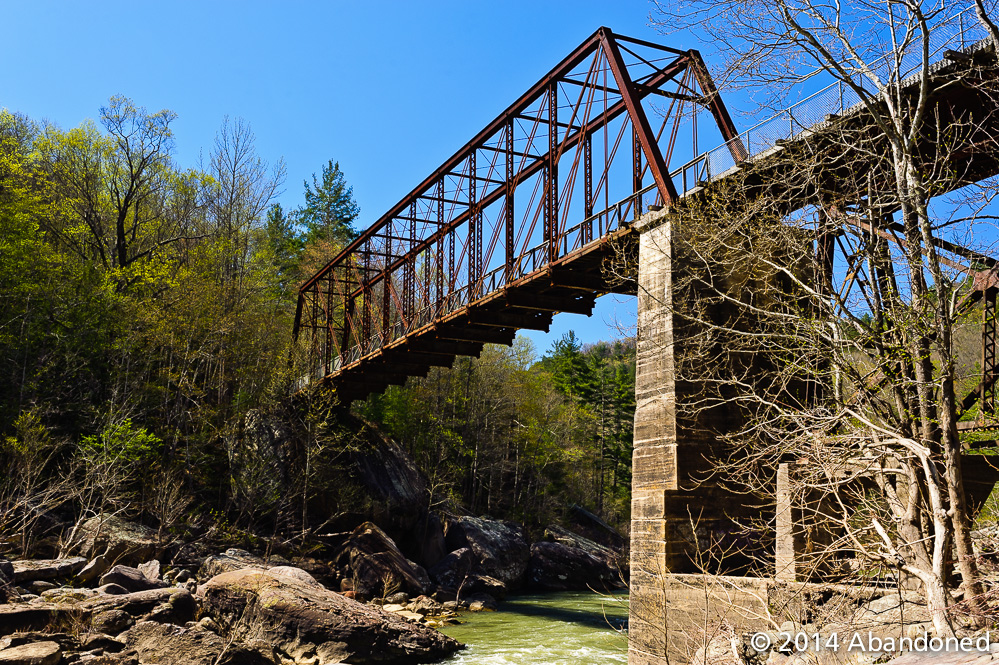 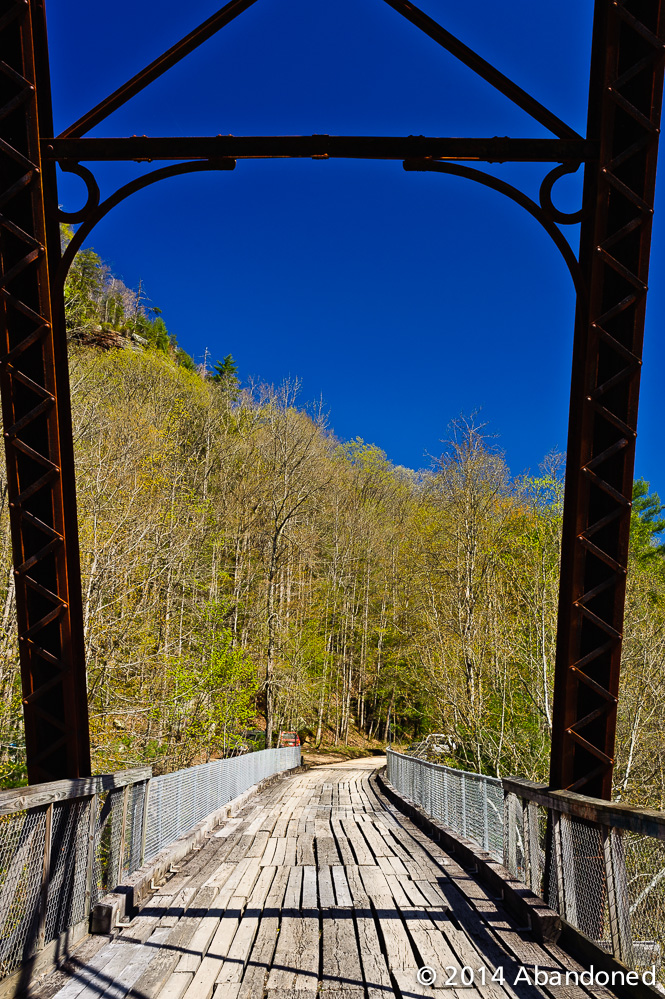 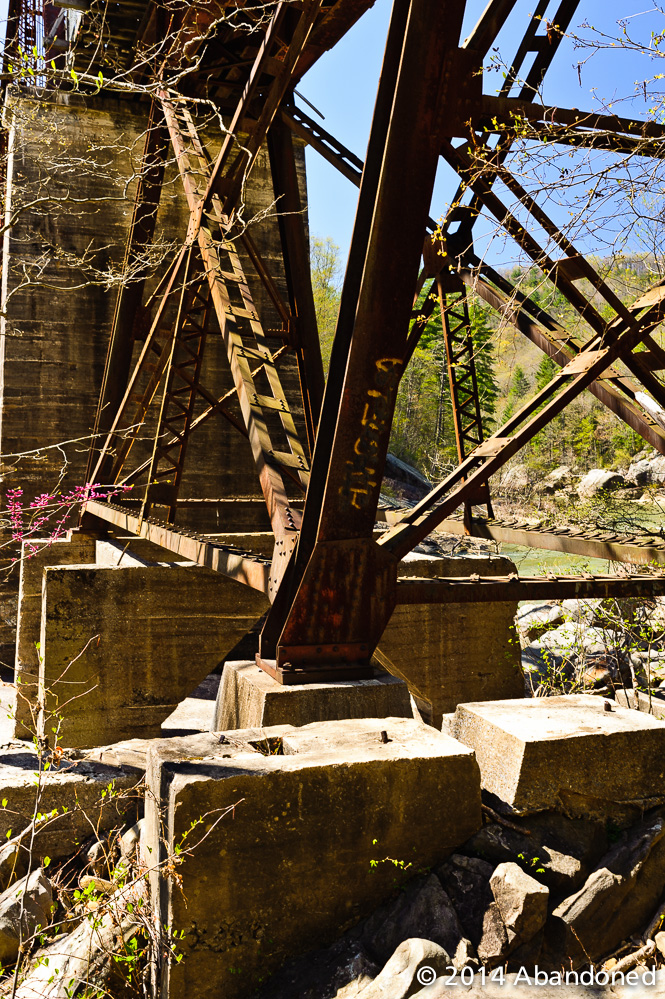 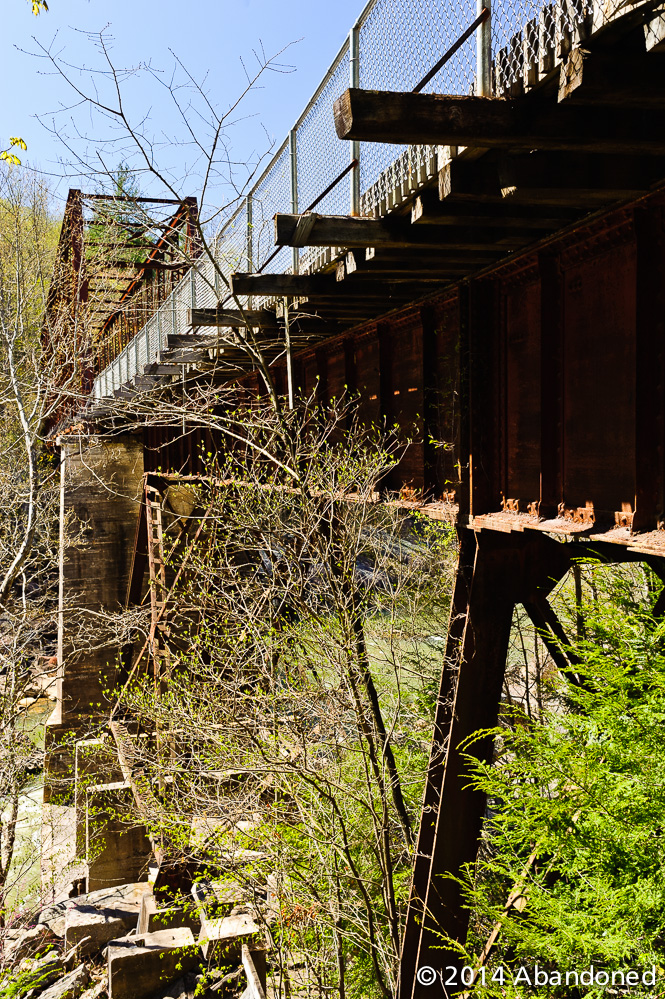