The Palace Theater was a theatre in operation between 1925 and 1972 in Gary, Indiana.

The Palace Theater was conceived by Vern U. Young, 2 who had previously managed the Gary Theatre, and before that, the Orpheum and Broadway theatres. 4

Young proposed a signature theatre for the booming city of Gary in 1924, and the ground was broken for the Palace on November 17. 5 It was designed in the Atmospheric style by prominent architect John Eberson. 1

The Palace opened on Thanksgiving Day on November 26, 1925, at the cost of $1 million. 2 13 It boasted a capacity of 2,500 3 and offered live stage shows, vaudeville acts, and motion pictures from noon until midnight daily. 1 3 Commercial storefronts along Broadway augmented the show house’s income.

The fortunes of Gary began a steep decline in the late 1960s when waves of layoffs started at United States Steel as overseas steel production harmed domestic companies. 12 Crime steadily increased throughout the city, and the theatre began to struggle to find patrons for its evening shows, as downtown businesses and hotels began closing. A murder of a teenager in the lobby of the theatre on April 14, 1968, or the attack of a young woman in the ladies restroom in the theatre’s lobby in 1972 did not help the cause. 7 14

In 1987, a group of doctors led by Dr. William Washington purchased the Palace Theater and planned to convert the building into an office, theatre, and restaurant complex. 10 The investors opened a restaurant in an attached storefront, which failed, leading the investors to abandon the entire project.

In February 2001, the city announced an agreement with Donald Trump to bring the Miss U.S.A. pageant to the Genesis Convention Center. 14 Neighborhood Service Company of Chicago was hired to paint murals on boarded-up buildings along Broadway, including the Palace. Trump also ordered that a new marquee be installed that read “Jackson Five Tonite.”

Bids to demolish the Palace were accepted in September 2004, but no funds were allocated towards the project. 11 Preservationists pleaded to stabilize the building; the city agreed to only if the preservationists could find a developer willing to buy the theatre and restore it. Two developers, Bauer Laterzo Studio of Gary and Thornton-Tomasetti of Chicago, expressed interest but both were not able to secure financing for the endeavor. 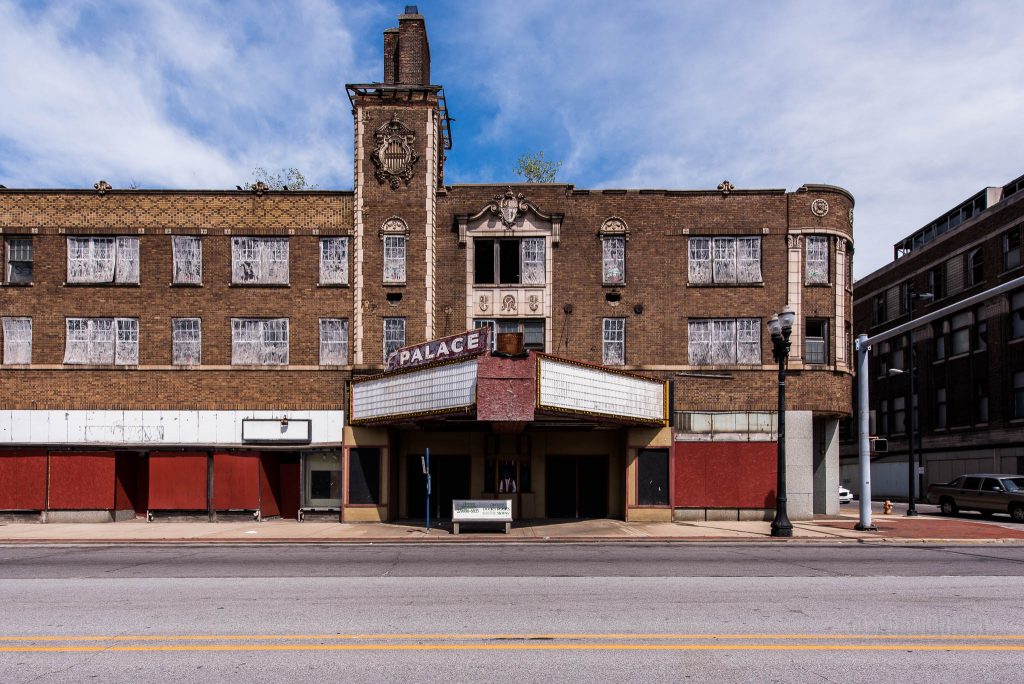 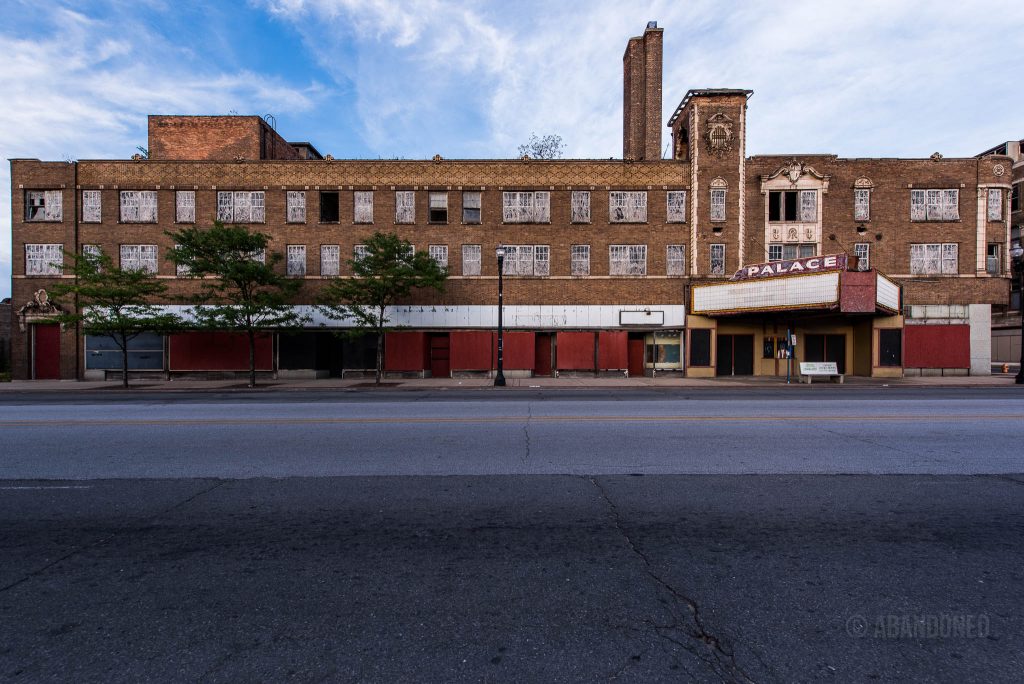 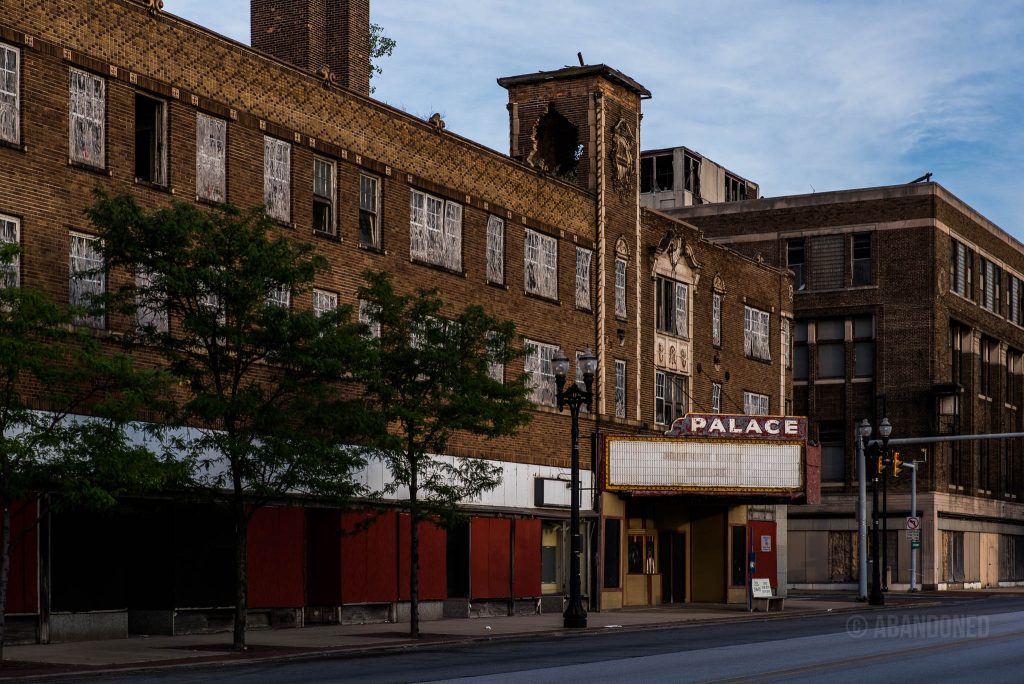 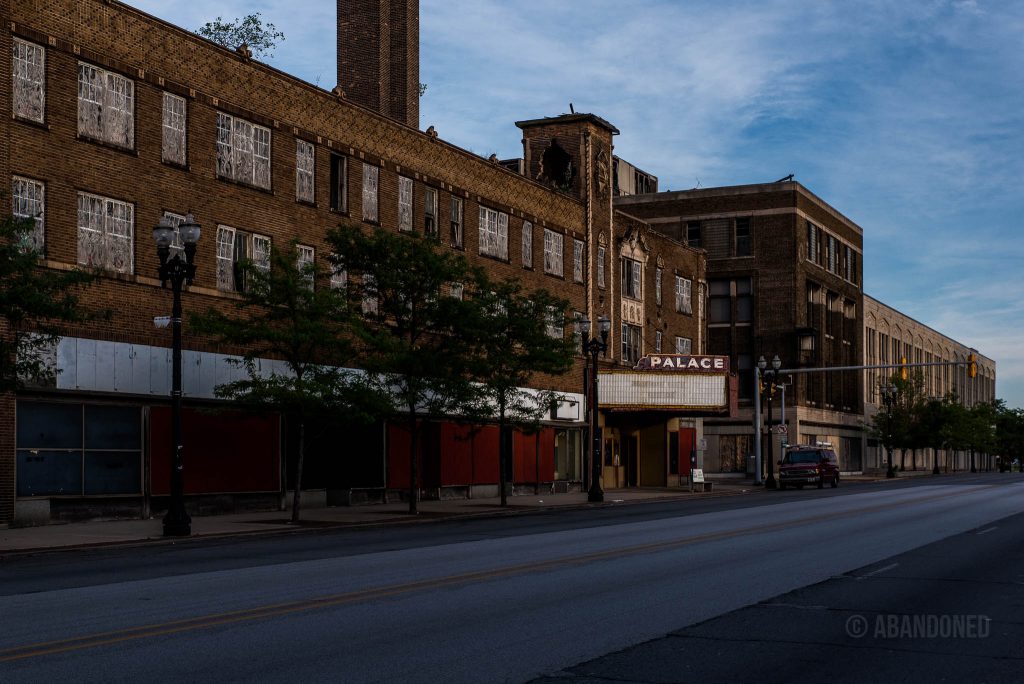 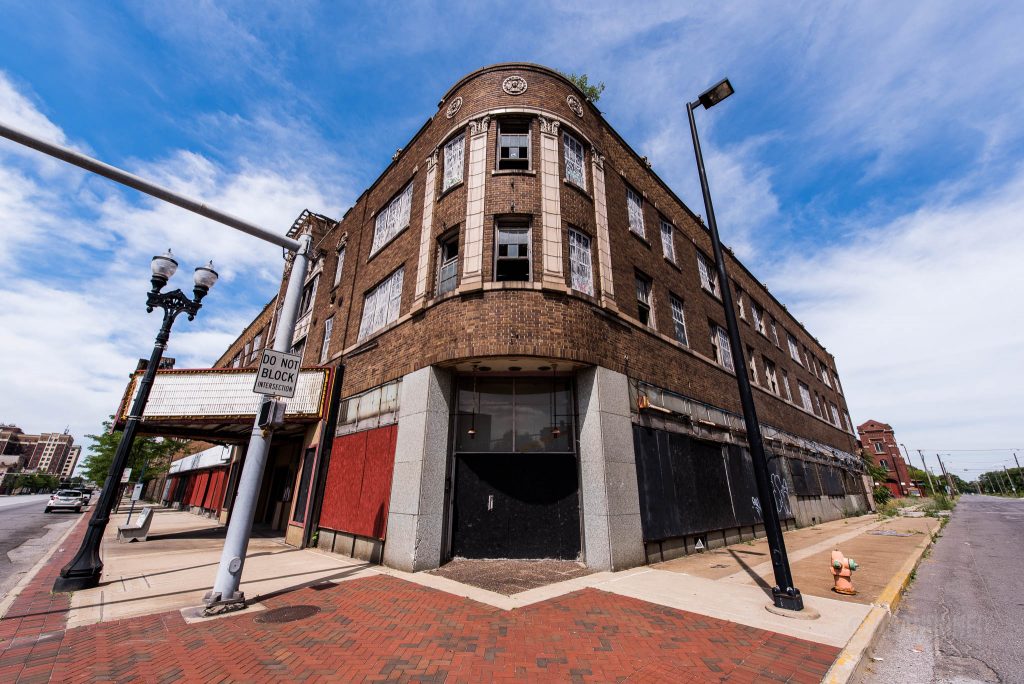 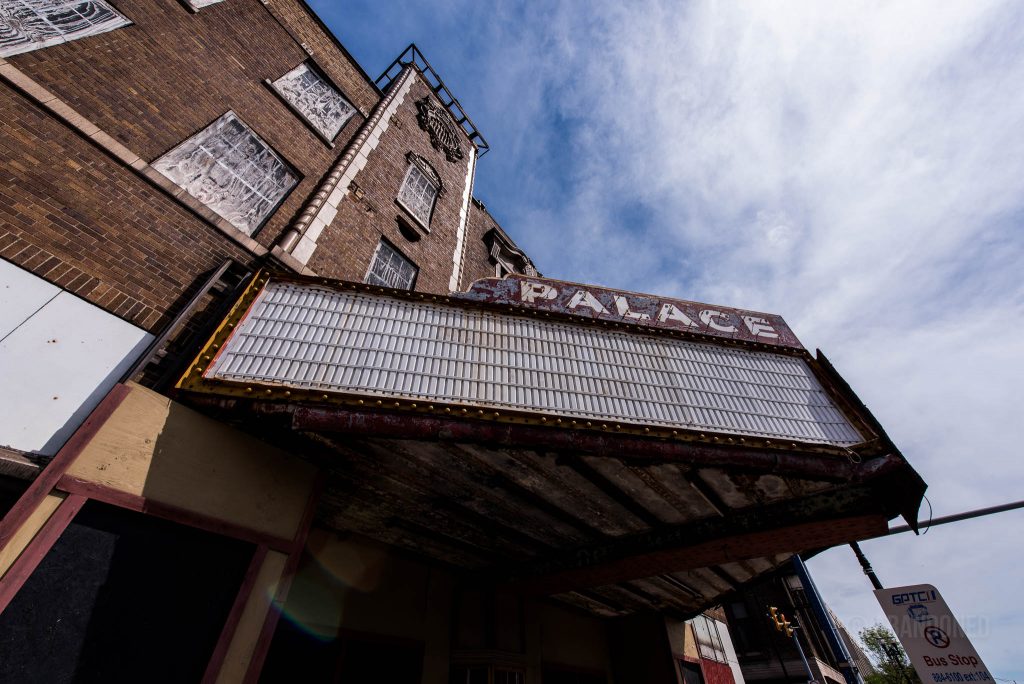 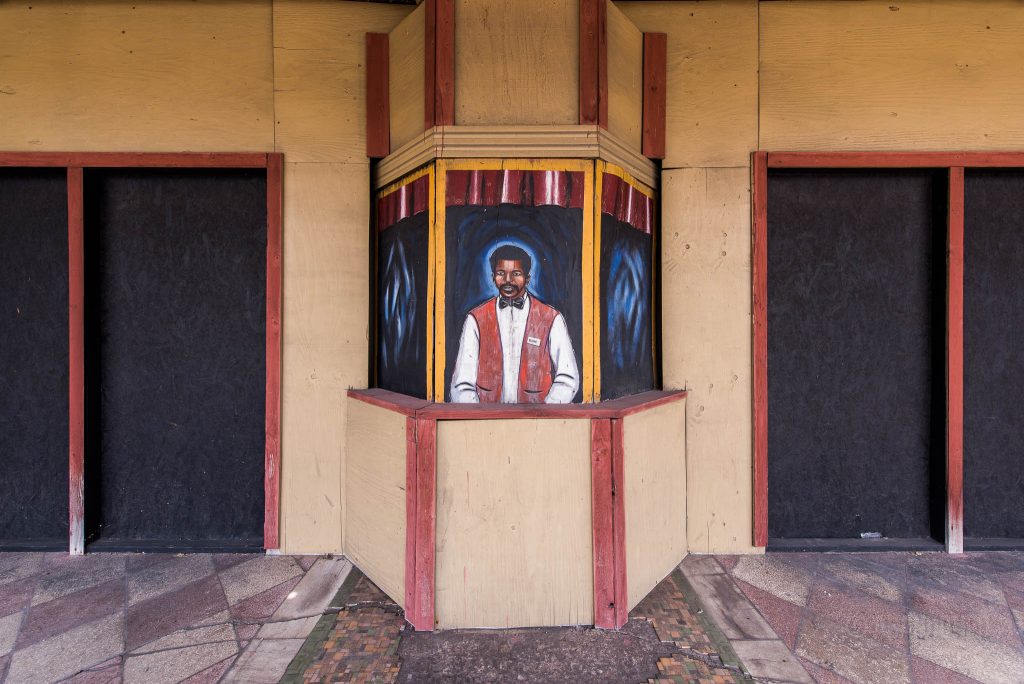 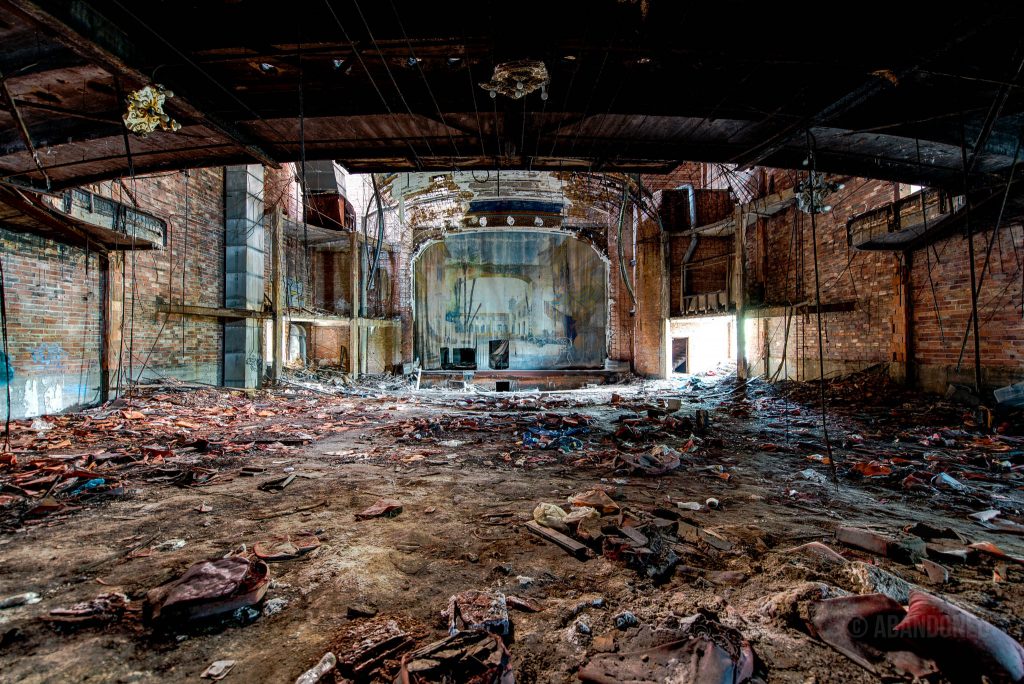 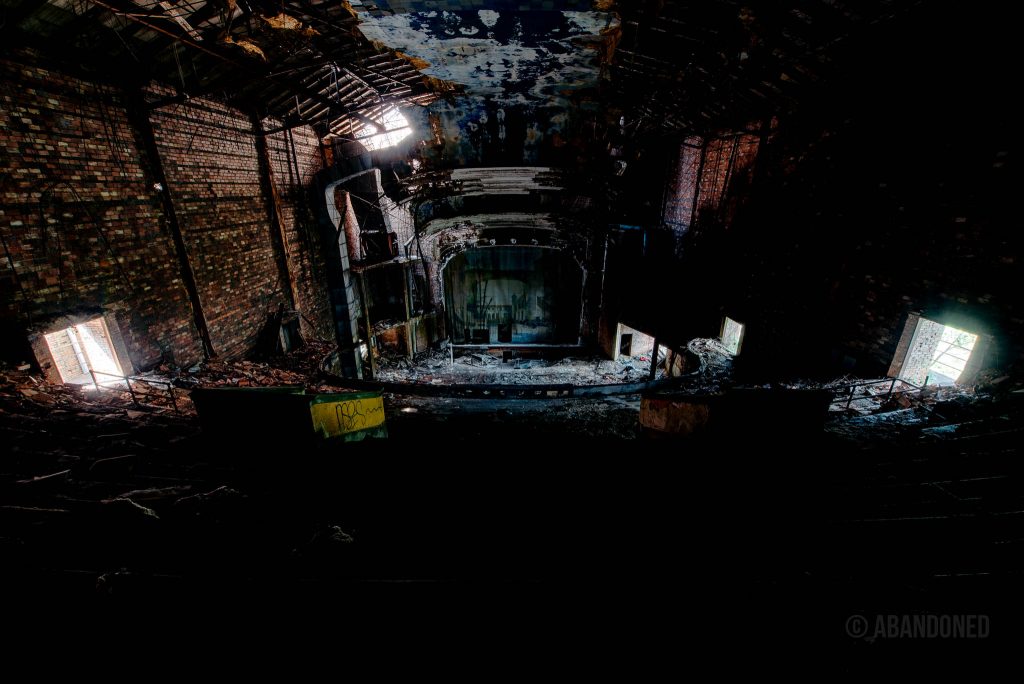 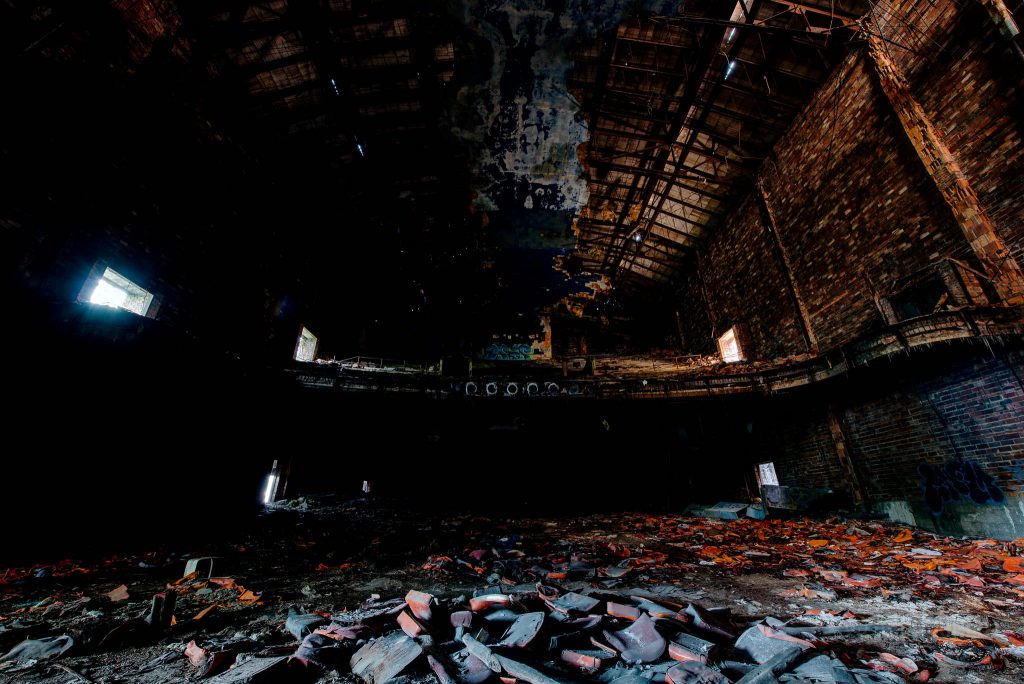