The Paramount Theatre was a 1,700-seat theater along West Federal Street in Youngstown, Ohio. It opened as the Liberty Theatre in 1918 and closed in 1976.

The Liberty Theatre opened on February 11, 1918, with the premiere of “A Modern Musketeer.” 8 Designed by Detroit architect C. Howard Crane, with Stanley & Scheibel serving as associate architects, 3 the vaudeville house featured a late Neo-classical, Ecole des Beaux-Arts exterior motif with terra cotta ornamentation and an interior with ornate plaster detailing. C.W. Diebel Associates managed the 1,700 seat operation. 8 In 1922, the McCrory Group acquired 60% of the stock for $209,000.

In 1929, Paramount Pictures Corporation purchased the Liberty and renamed it the Paramount Theatre. 14 The company then spent $200,000 modernizing the facility and installing a sound system for talkies. 3 The mezzanine was renovated with Art Deco motifs. Paramount went into receivership in 1933 because of the Great Depression, but the company and theatre survived. A speakeasy later operated out of the basement. 8

The Paramount was remodeled in 1950. Mirroring Youngstown’s fortunes after the abrupt closure of Youngstown Sheet & Tube Company, the theatre exhibited a steady decline in attendance and closed in 1976. 14 The final movie showed was “Let’s Do It Again” that starred Bill Cosby. 8

Developers Richard Blackwell and William Andrews purchased the theatre in 1983 and planned to restore the Paramount to its original condition. 10 The pair opened a candy shop and restaurant on the first floor and began fundraising. 10 By late 1984, only $2,009 was raised towards the restoration effort. Blackwell and Andrews applied for a low-interest $100,000 loan from the city’s Community Development Fund, which would have served as a match to other grants for the restoration of the first floor, stage and exterior, but it was rejected owing to a lack of financial support and development plan. 10 Approximately $70,000 of the loan would be devoted to the theatre’s renovation while the remaining $30,000 would be used as a down payment on the purchase of a nearby Baltimore & Ohio Railroad depot. Profits from the theatre would pay off the mortgage on the train station.

On December 29 and December 30, the Paramount Theatre hosted “Youngstown Sheet & Tube Co. Steel Mill Movie Day.” 4 The event included a tour of the theatre, a close-up view of the then 67-year-old pipe organ, 1½ hours of movies of the former mill, and a brief presentation on why the steel business was in the condition that it was. Steel memorabilia was provided by the Paramount, the Ohio Historical Society, and the CASTLO Industrial Park. 5

Ohio One bank acquired the abandoned theatre in 1985 for $26,800 and then sold it on a land contract in 1997 to the Manhattan Theatre Proprietorship. It was then re-sold on April 21, 2006, to the Liberty/Paramount Theatre Youngstown, LLC, an investment group led by Grande Ventures Inc. of Wheaton, Illinois and Lou Frangos of Cleveland, for $79,900. 7 8 Grande Ventures was a new corporation founded by Paul Warshauer that was devoted to restoring old theatres. 8

The newly formed company proposed converting the Paramount into a music venue with seating for 300 to 600, with a restaurant and cabaret bar in the basement, at the cost of $4.8 million. 12 The balcony would be converted into either a single 300-seat movie theatre or two 150-seat movie theatres. The plan was prepared by Youngstown architect Ron Faniro, and the investment group sought federal tax credits. Architects Lowenstein + Durante, and general contractor, Marous Brothers, were retained for the rehabilitation project. No work was completed after a financing package fell through.

In June 2010, the Paramount Project was formed to aid in the reuse of the Paramount Theatre. 14 The committee wanted to raise $4 million over the following three to five years to save the front terracotta façade and demolish the remainder of the building, converting the footprint of the structure into an outdoor amphitheater.

The city of Youngstown purchased the Paramount Theatre for $80,000 from Frangos in November. 2 8 14 The move came a month after a majority of the council members refused a motion to purchase the venue, citing the liability of owning such a building and the high cost of asbestos abatement and demolition, which ranged anywhere from $400,000 to $750,000. 11

In July 2011, the state of Ohio approved $803,490 14 in Clean Ohio funds to clear asbestos and demolish most of the Paramount. 6 8 It would be matched with $269,553 in city funds. The building’s front façade would be restored to its historic appearance and serve as an entrance to the outdoor amphitheater.

The city’s board of control approved a $19,500 contract with Strollo Architects of Youngstown towards the amphitheater project. 13 The board also entered into an agreement with Brownfield Restoration Group of New York for $56,028 to supervise the environmental cleanup of the Paramount per Clean Ohio policies.

A preliminary investigation by Strollo found that the front of the Paramount would not strong enough to stand on its own if the remainder of the theatre was demolished. 14 It was estimated that to secure the front of the building, an additional $900,000 to $1.6 million would be required. 15 Steel beams inside and outside would be needed to prop up the facade, and careful demolition of the site would be required to minimize vibration transfer to the facade to cut the change of terra cotta ornamentation from breaking off. 14 15 17

Unable to secure any further money towards the project, the city moved forward with demolition plans for the Paramount. 15 On March 28, 2013, the city signed a $721,000 contract with Baumann Enterprises of Cleveland for the project. 16 The historic theatre was torn down, re-graded, and converted into a surface parking lot for City Hall. 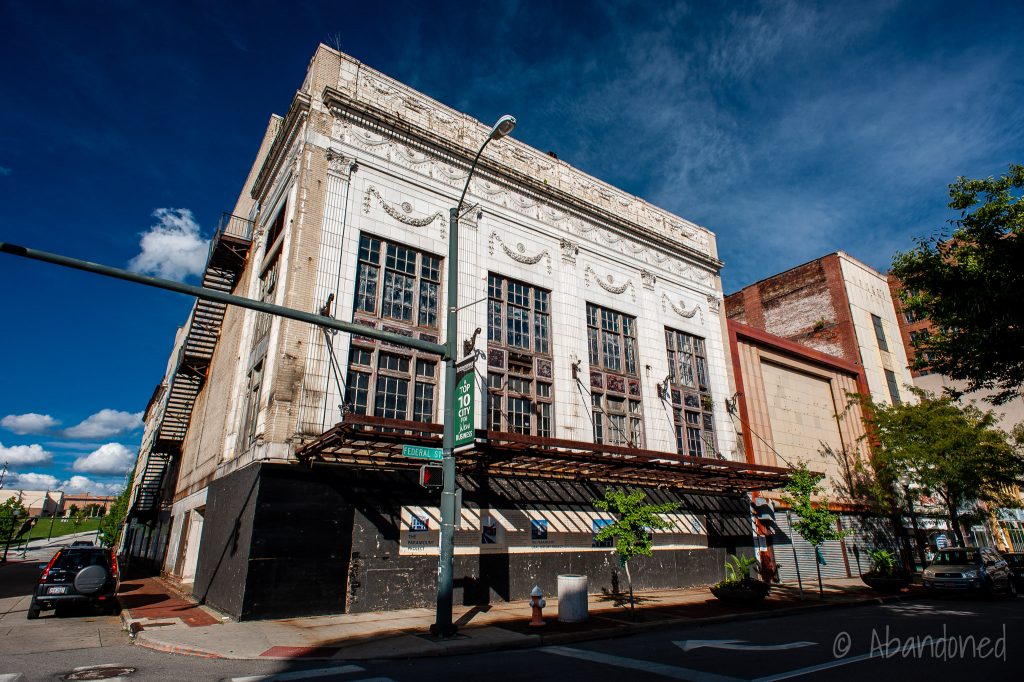 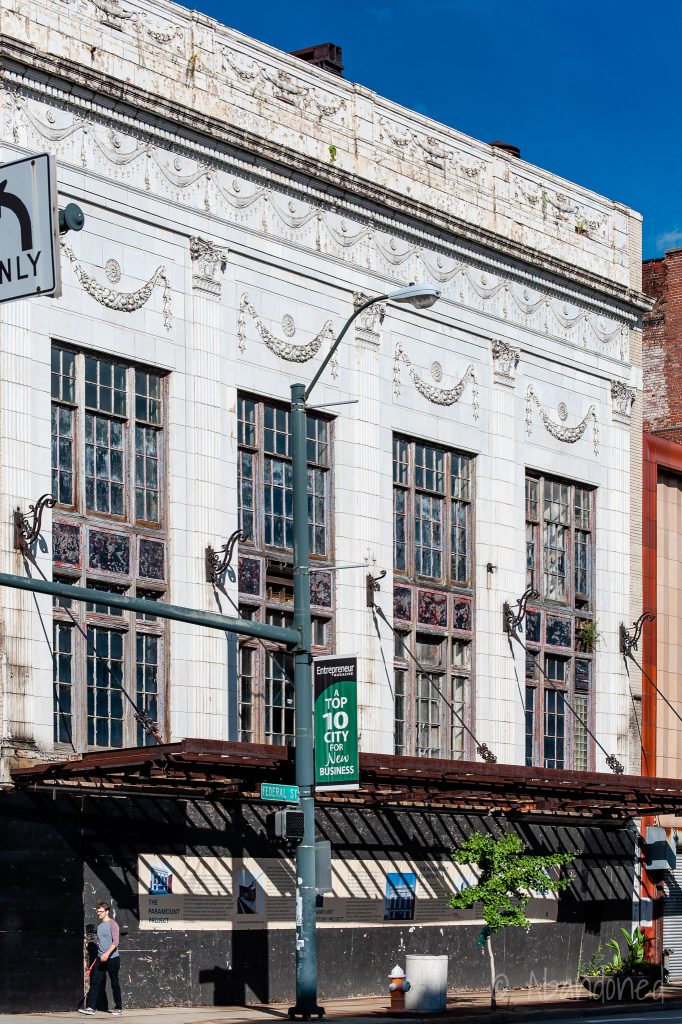 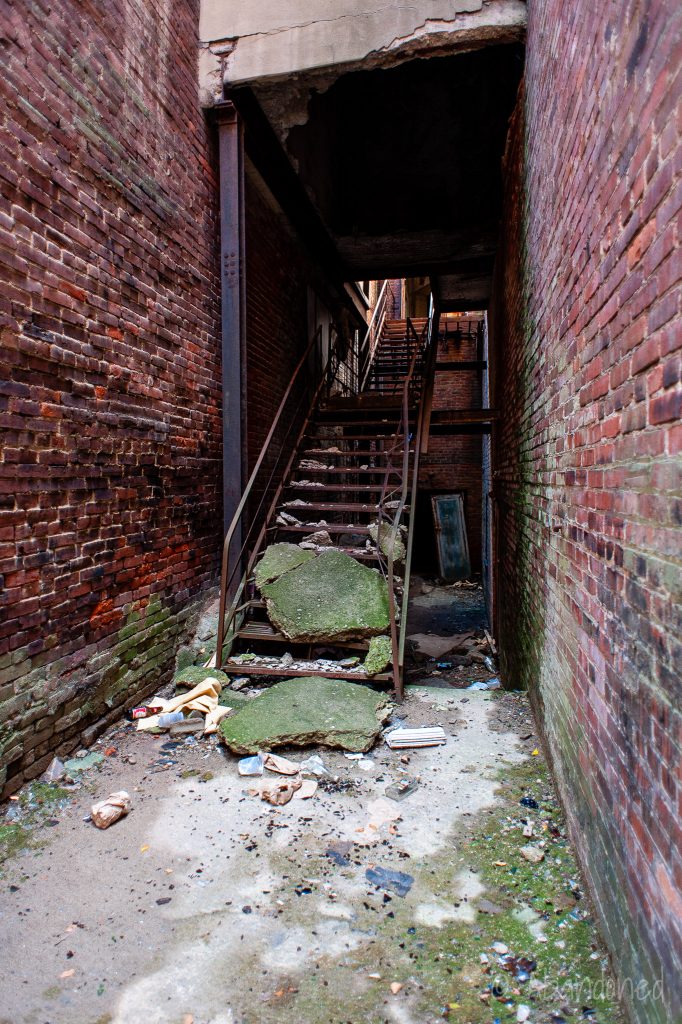 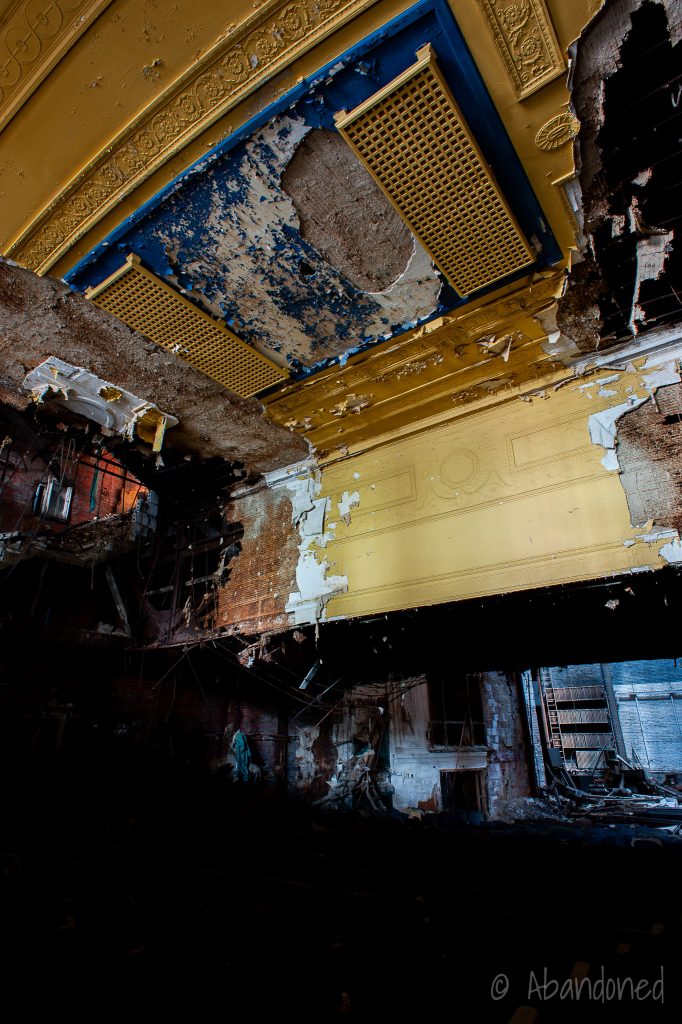 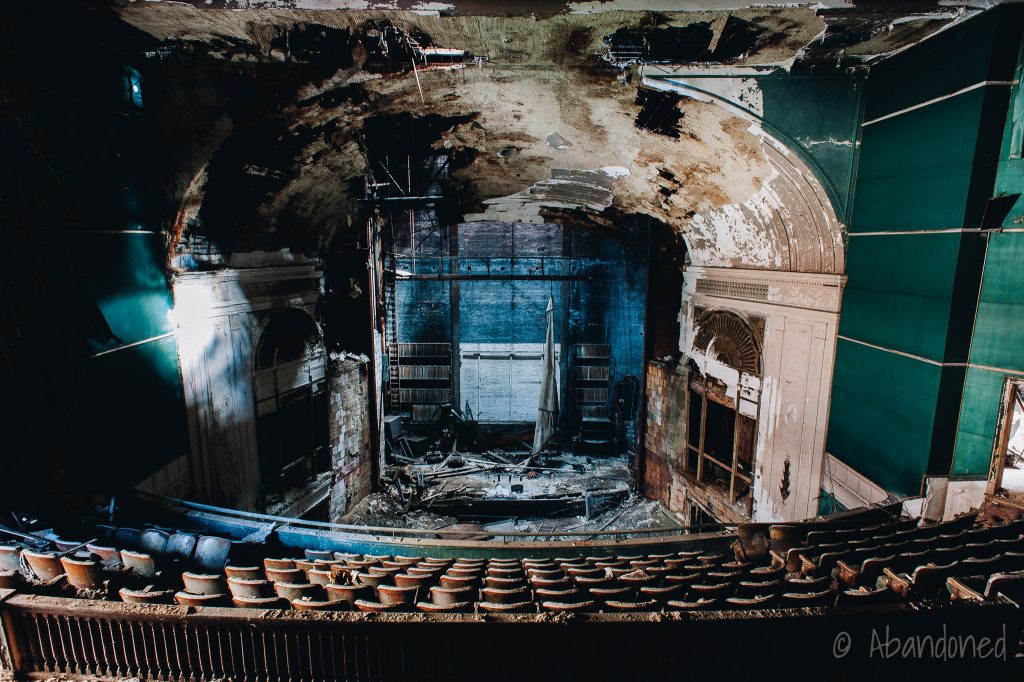 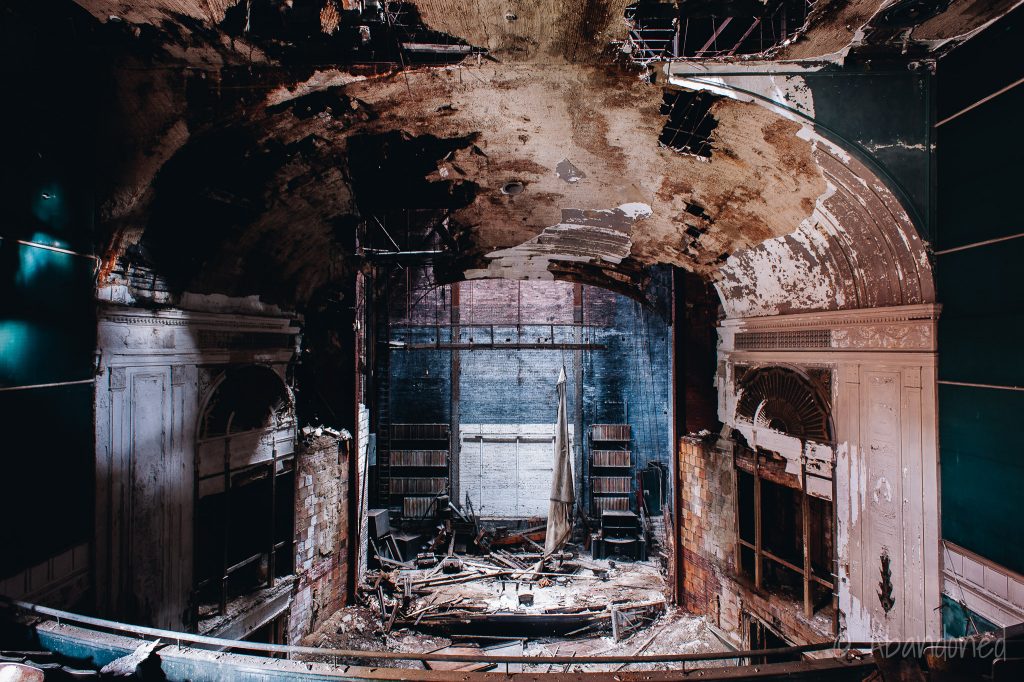 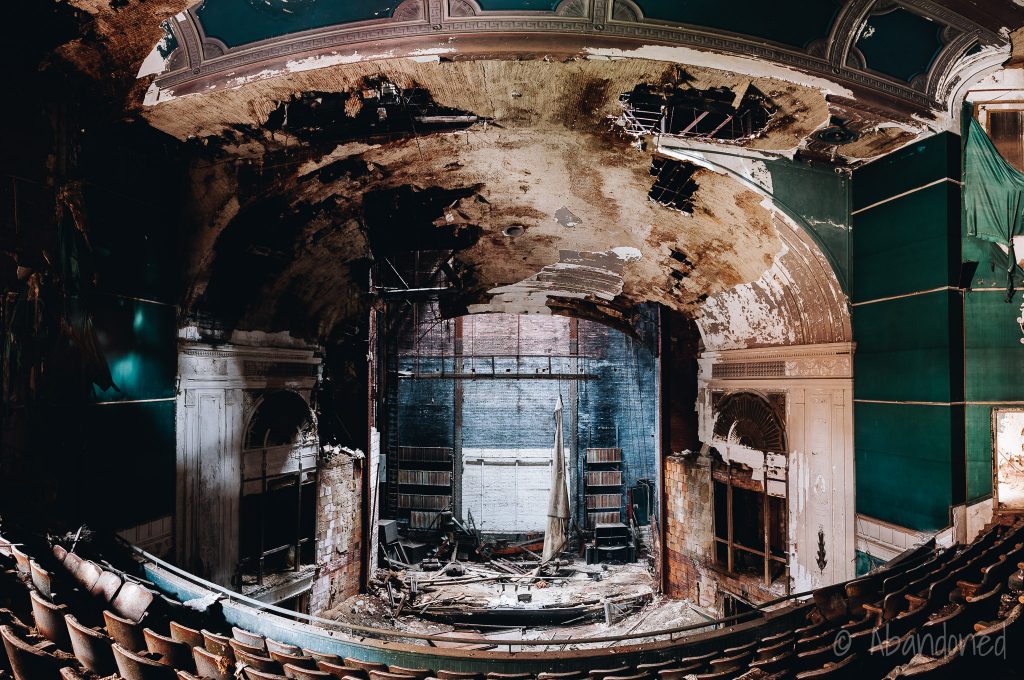 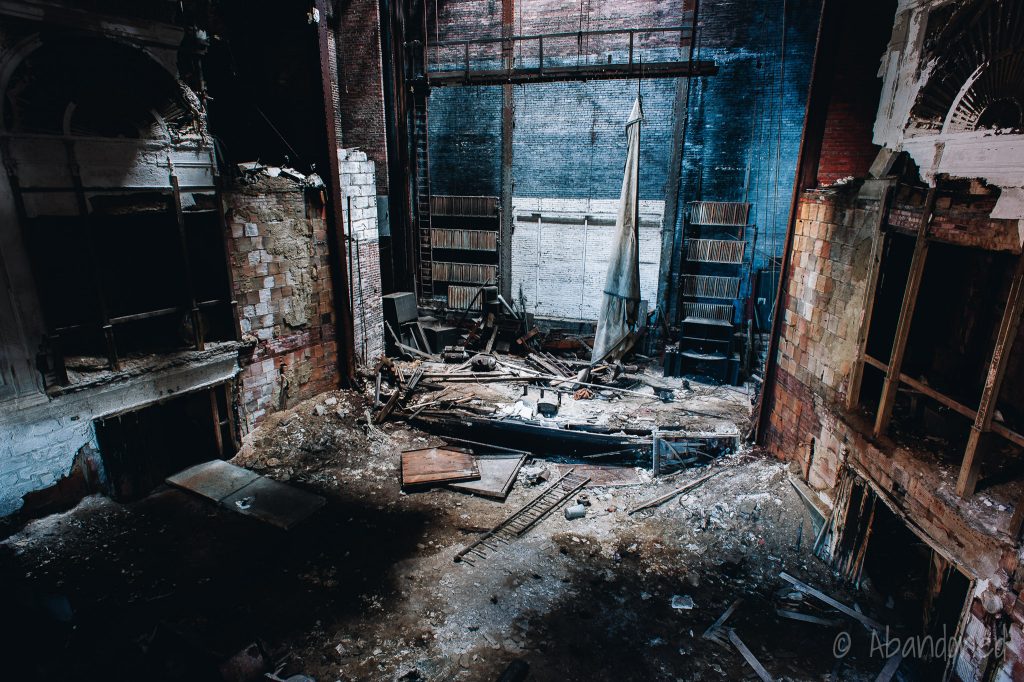 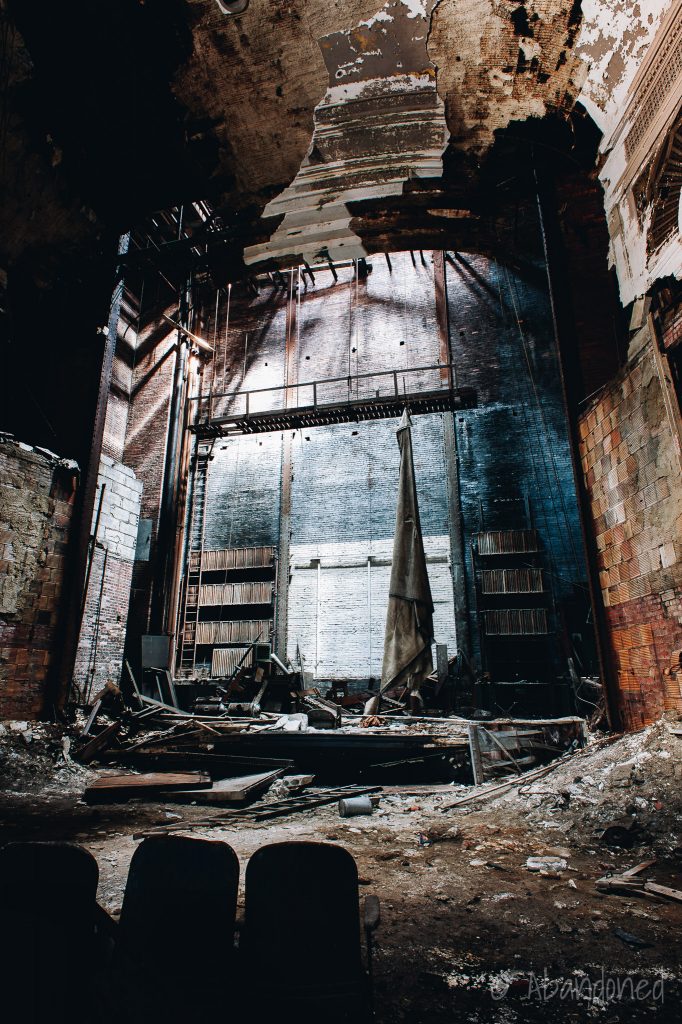 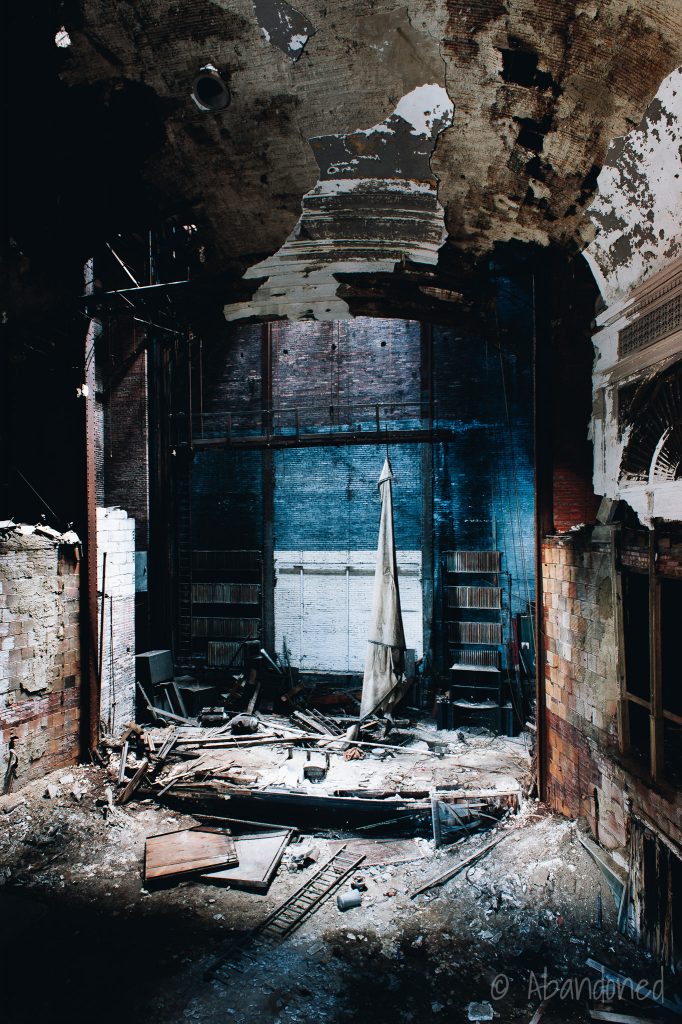 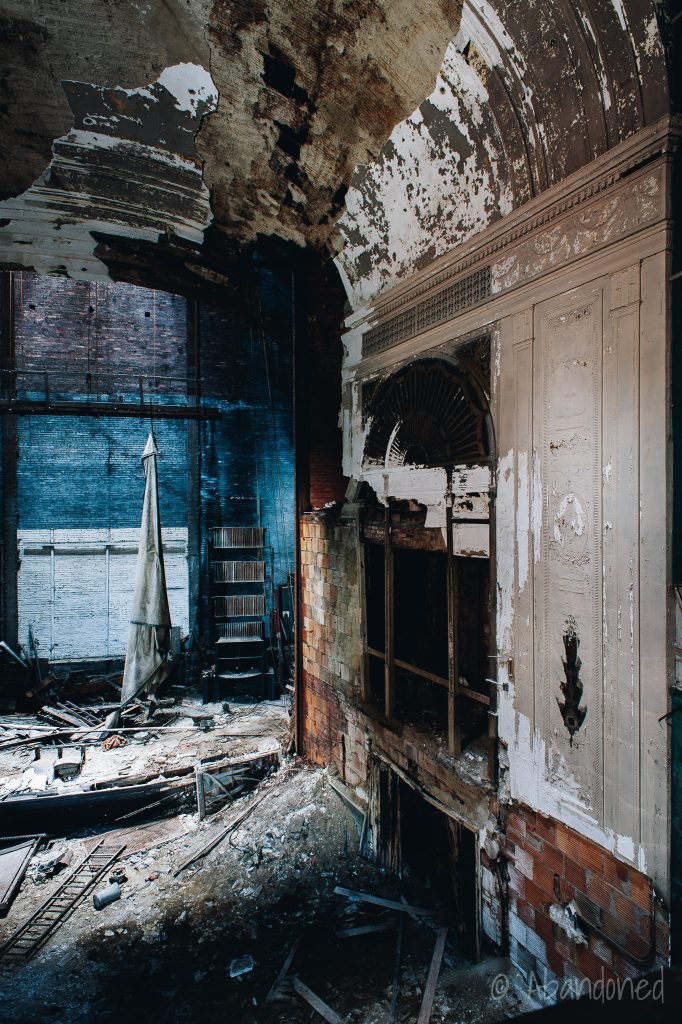 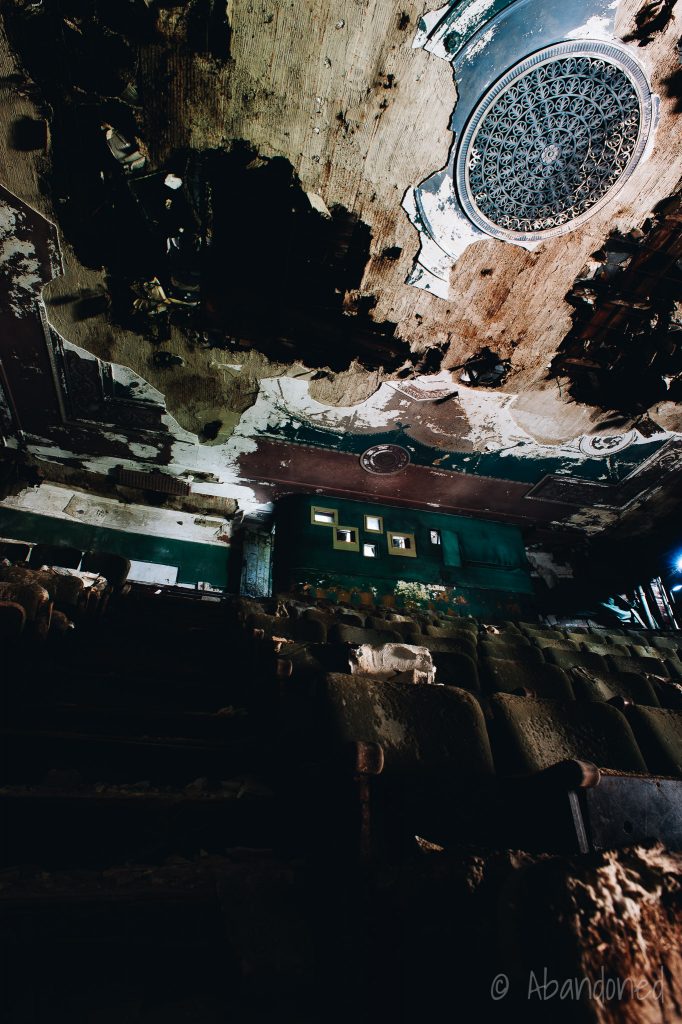 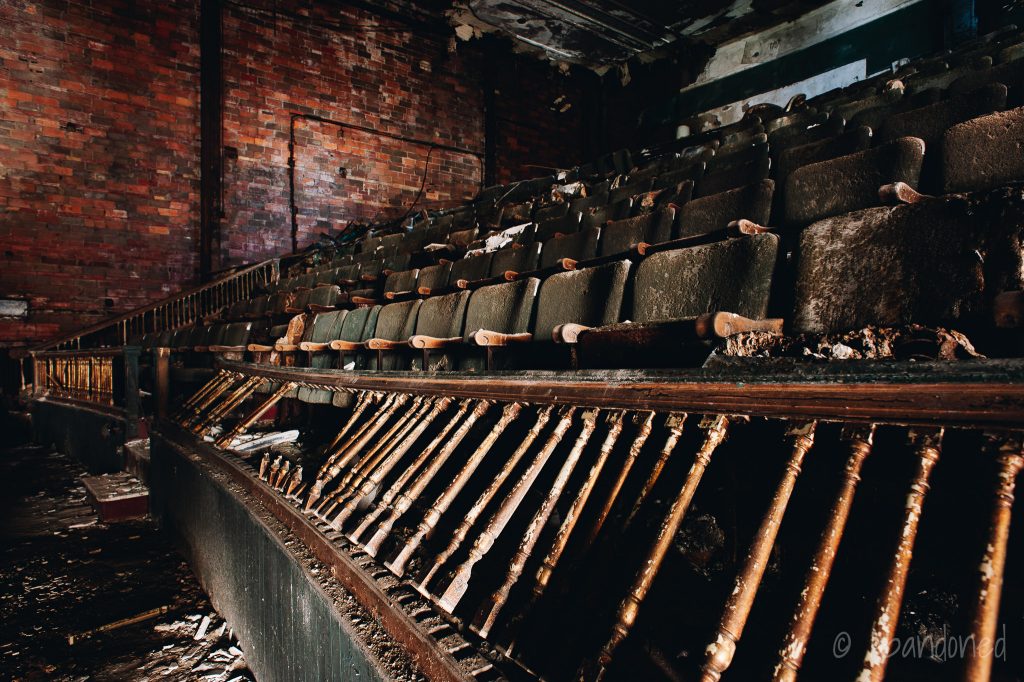 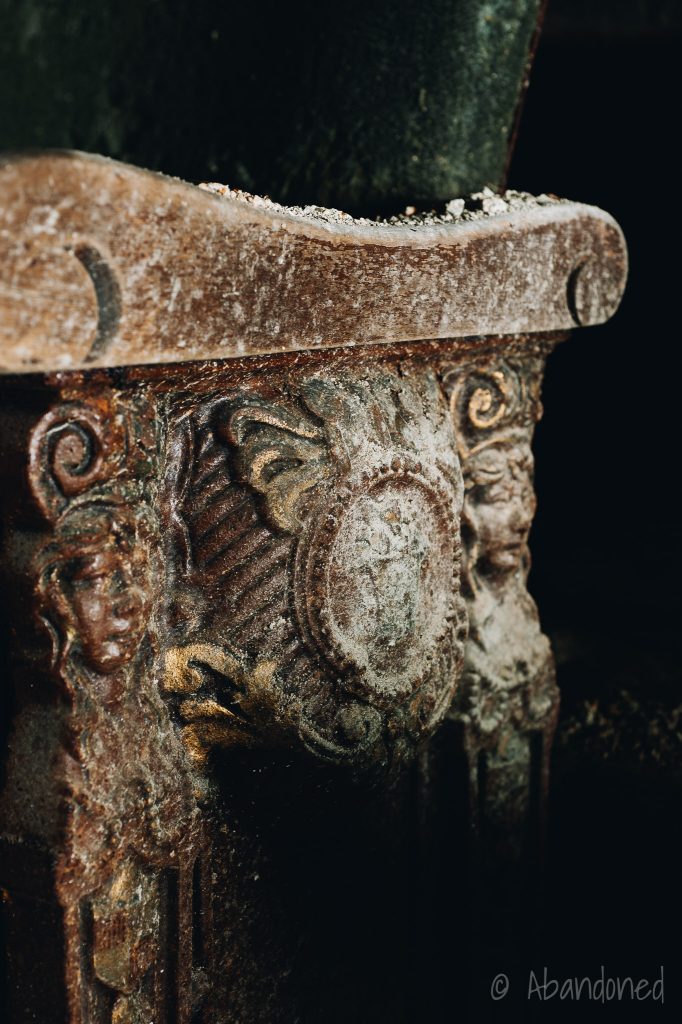 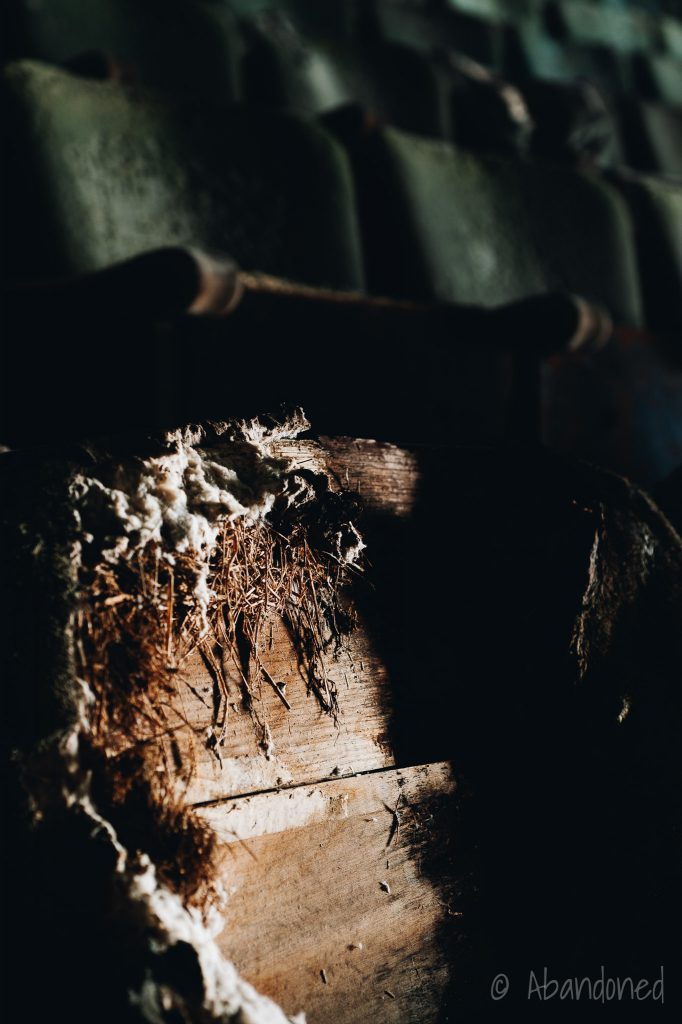