Sacred Heart was established by Rev. Baerwalter on Seneca Street in the Hydraulics neighborhood of Buffalo in 1873. 2 With a pressing need for more space, the diocese appointed Rev. John Chrysostom Wagner to establish a parish in the area in March 1875. Two barns were acquired at 698-708 Seneca Street from Louis Kirkover and work began on converting them into a chapel and school.

A cornerstone for a permanent brick church building was laid on June 25, and the new sanctuary was dedicated on June 25, 1876. 2 The new building featured a 150-foot tower.

The Hydraulics neighborhood became increasingly more industrial over the years. The Larkin Company constructed a warehouse across the street from Sacred Heart in the early 1900s, followed by the erection of an administration building adjacent to the church in 1905. 2 In December 1912, Larkin offered to purchase from the congregation its church, school, and rectory for an expansion project; Sacred Heart agreed to sell their property to Larkin for $135,000.

Sacred Heart purchased a site on Emslie Street and selected Carl Schmill to design a new church, school, and rectory. 2 A cornerstone was laid on November 23, 1913. The new school was completed on November 14, 1914, and the $165,000, 576-seat church opened on May 9, 1915. Larkin converted the original church into an auditorium before it was razed in May 1936 for a parking lot.

In 1988, Rev. Ronald P. Kirk’s Witness Cathedral of Faith acquired Sacred Heart, using the building for his congregation until 2008. 1 Kirk then relocated the congregation to the former St. John the Baptist Church at 60 Hertel Avenue, acquiring the vacant building for $250,000.

A winter storm in December 2008 caused the abandoned school building to collapse. 1 An emergency demolition order was issued and it was razed in January 2009 at a cost of $160,000. The city billed Kirk the cost of the demolition but it remained unpaid.

On March 17, 2011, Buffalo’s Housing Court Judge Patrick Carney issued an arrest warrant for Kirk for non-payment of the demolition cost. 1 Carney then issued a demolition order for Sacred Heart in February 2012. 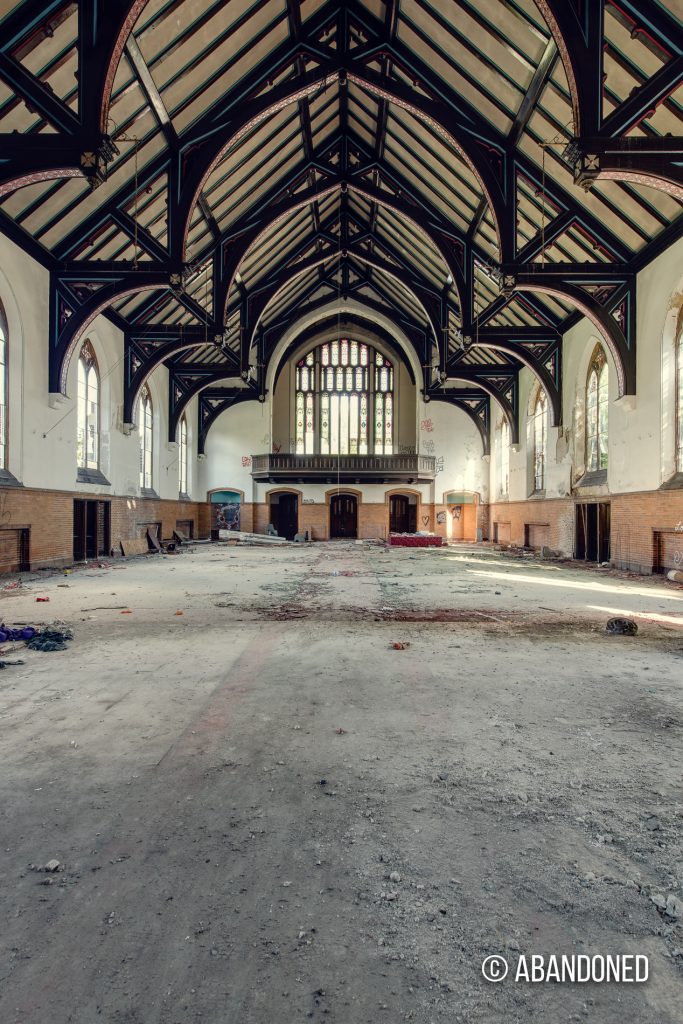 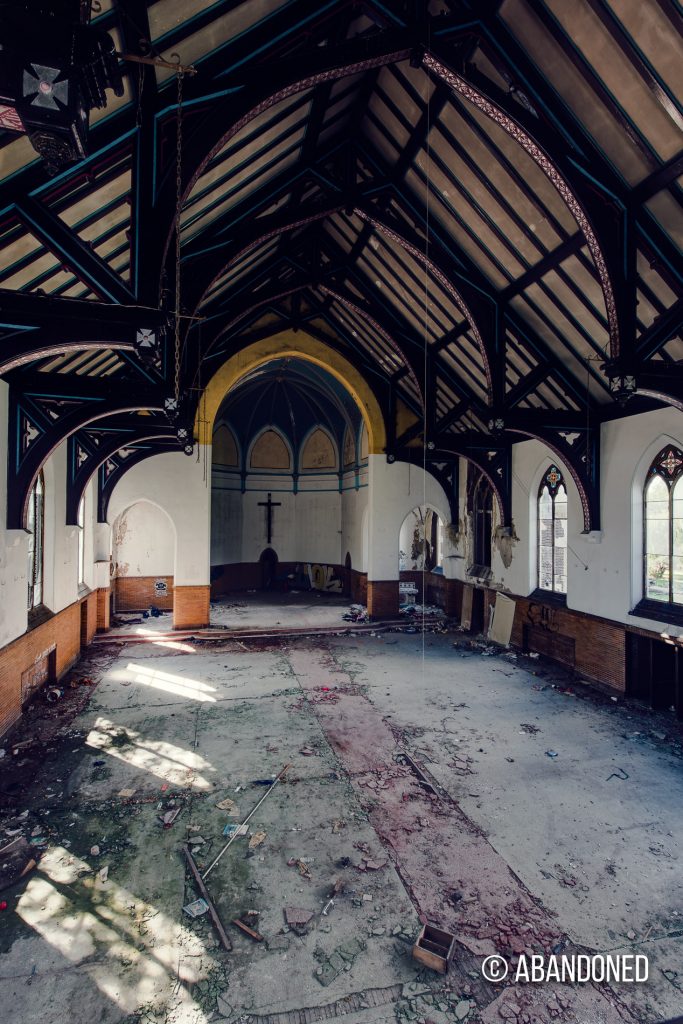 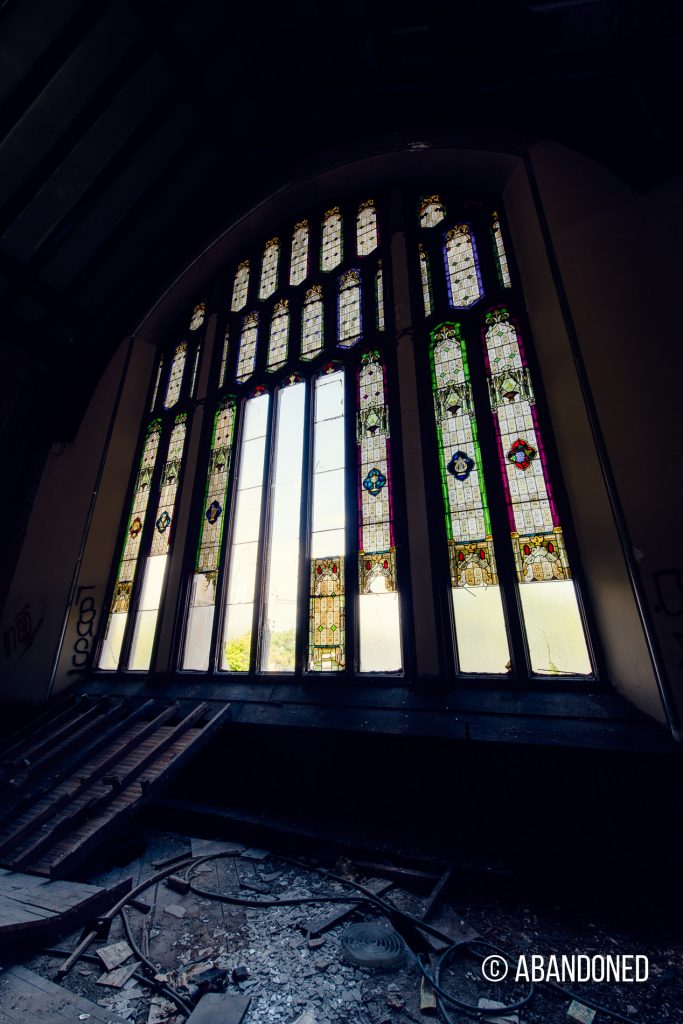 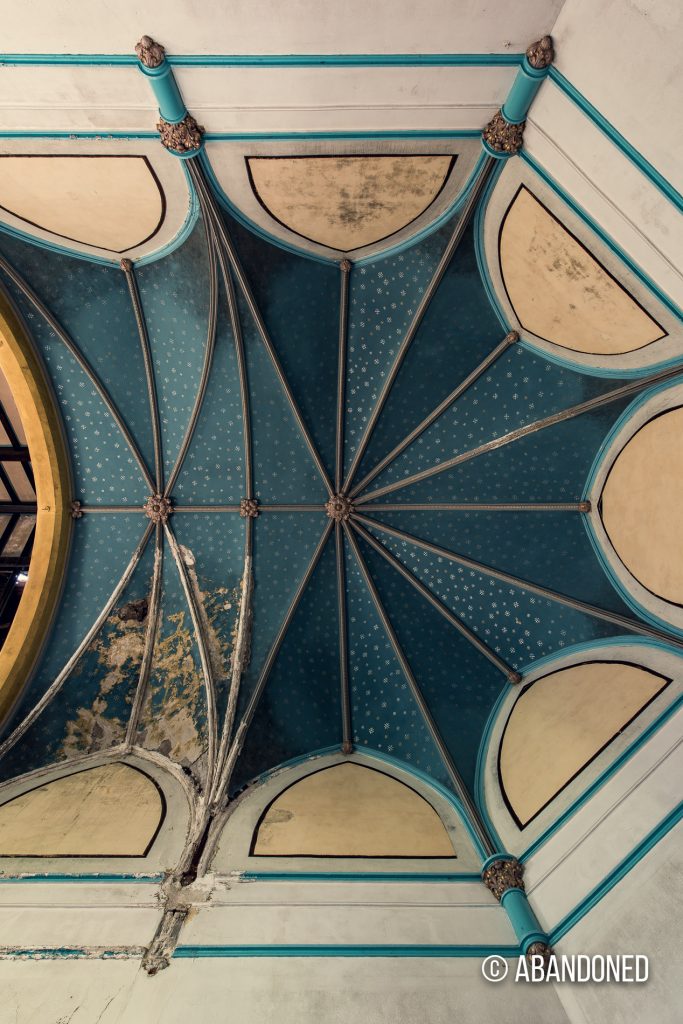 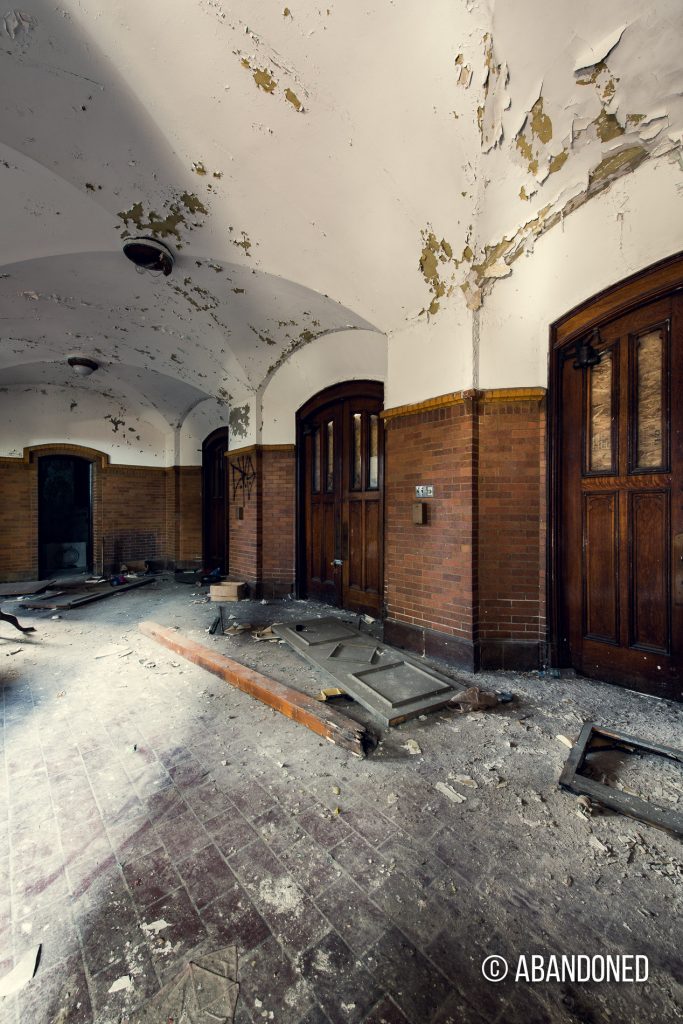 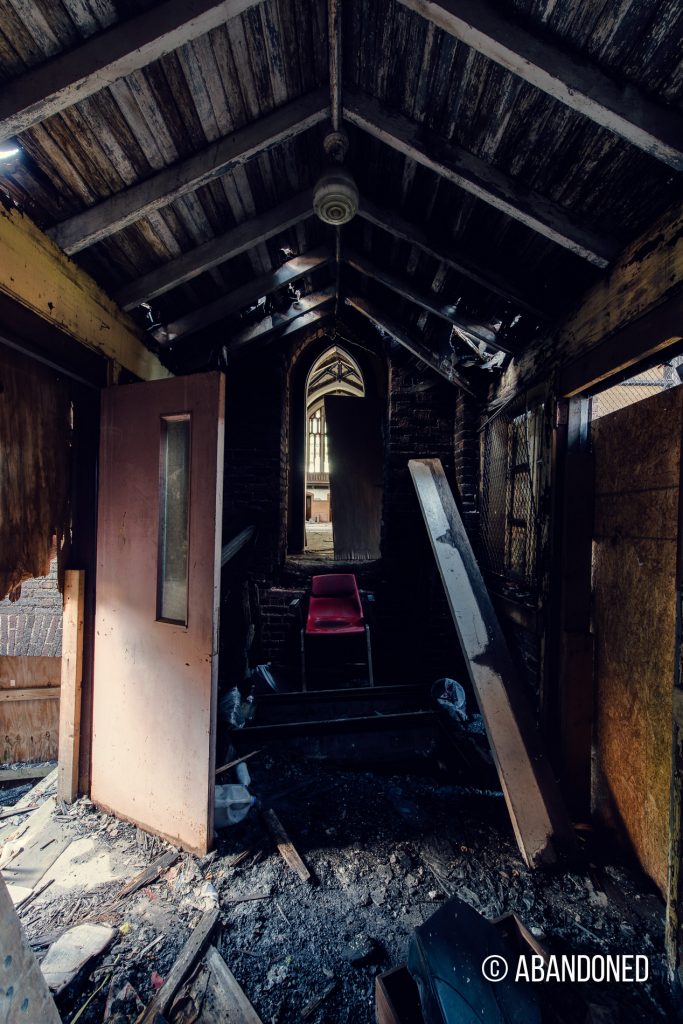 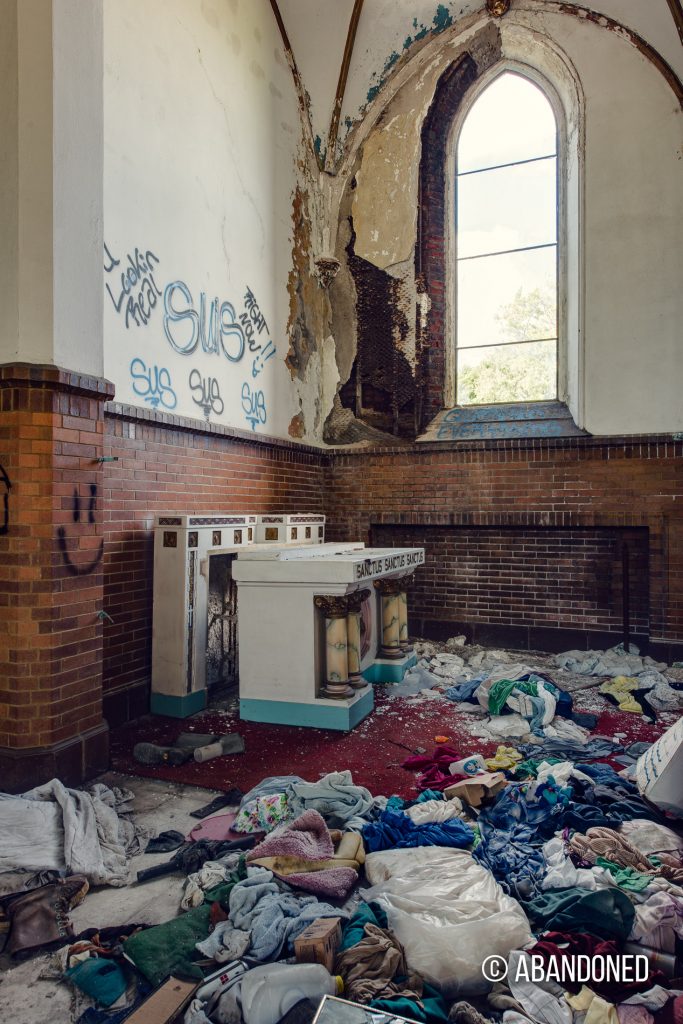 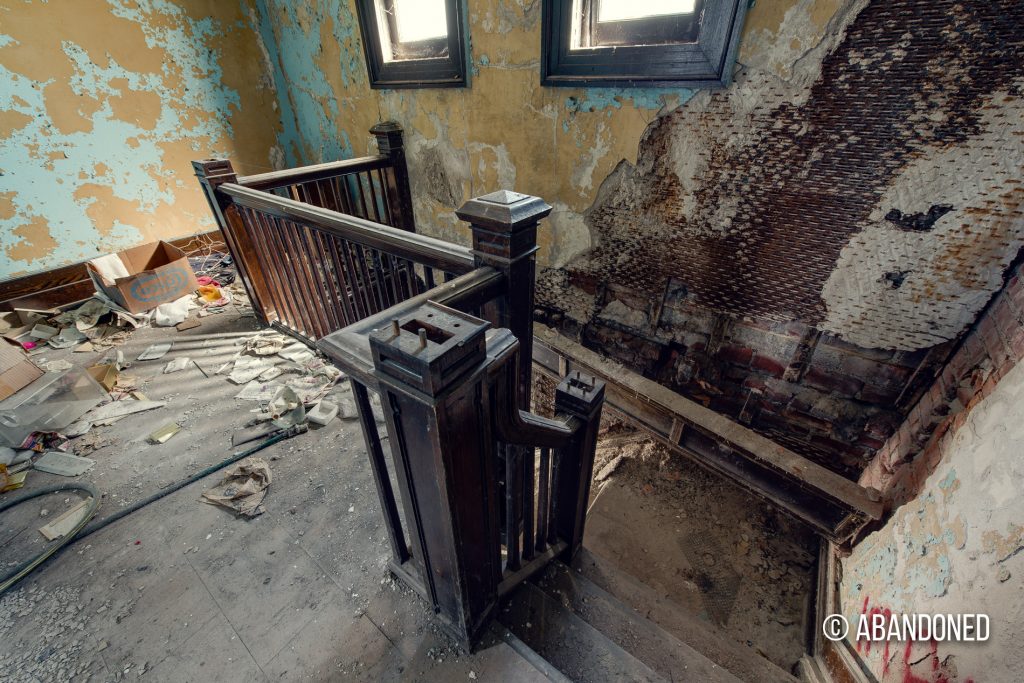 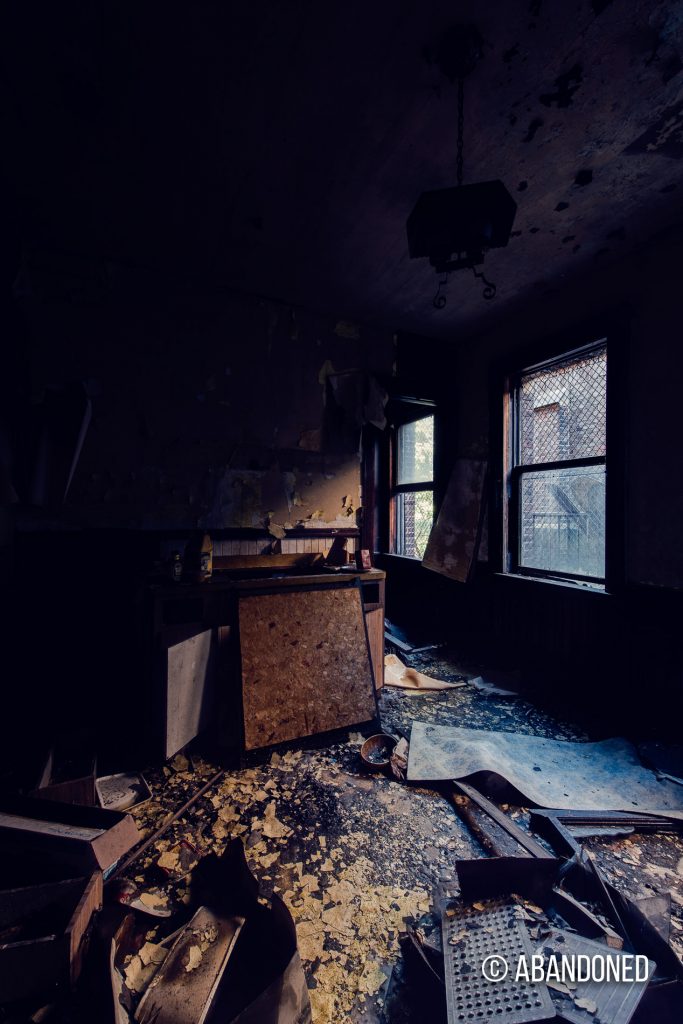 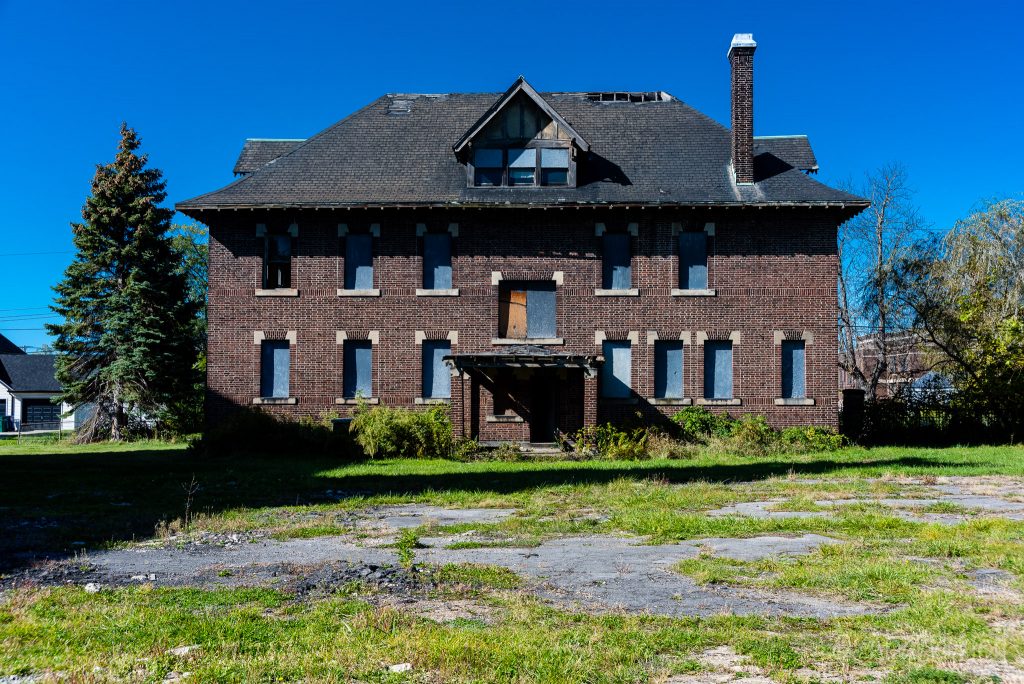 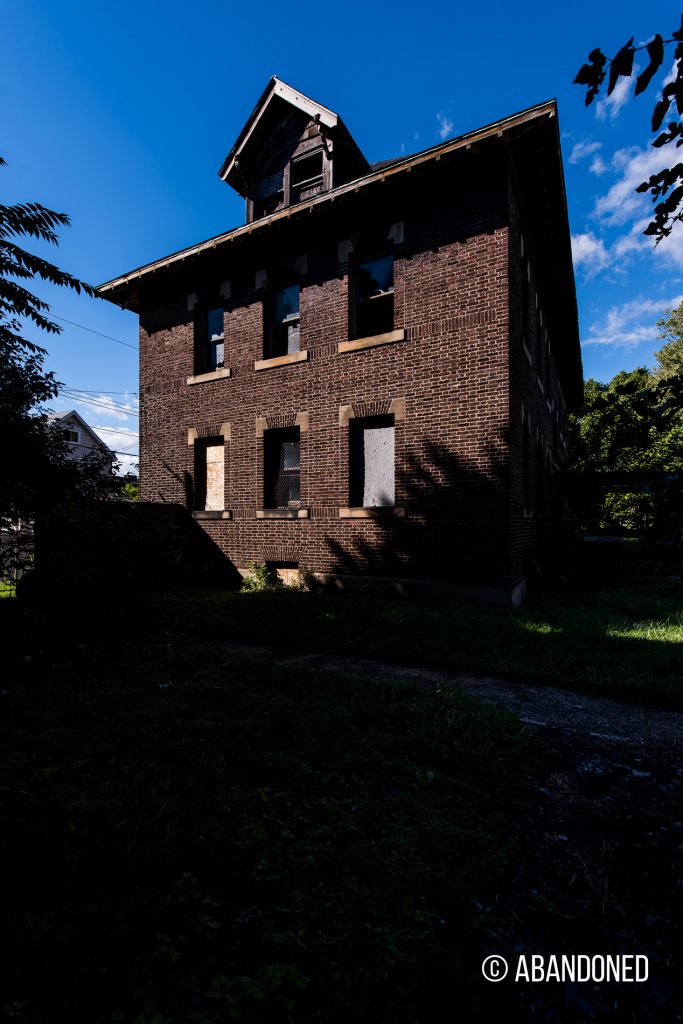