Sand Patch Tunnel is an abandoned 4,777-foot railroad tunnel that was constructed by the Pittsburgh & Connelsville Railroad in Pennsylvania.

An extension of the P&C between Connellsville and Cumberland, Maryland, was authorized in 1853. 2 It would require the construction of 100 miles of track through the Allegheny Mountains and a tunnel through Sand Patch Pass at the 2,258-foot summit. 4

The development of a 4,777-foot dual-track tube by Carr & Gould 4 at Sand Patch Pass began in May 1854, 1 which included the erection of 30 houses for workers above the tunnel itself. 4 Work was slowed with the development of the Civil War and problems of contractor bankruptcy, fraud, and legislative battles. 3 Severe geologic conditions resulted in the revising of the project to include just a single track, and ventilation in the tunnel proved to be an issue that required the creation of four vertical shafts for air circulation, although only three were completed. Construction resumed in earnest in 1867, 4 and the new Sand Patch Tunnel, one of the longest in the eastern United States, 4 opened to traffic in June 1871. 2 It featured approach grades as much as 2% that made it one of the steepest railroad grades on the east coast. 5 The completion of the tunnel inaugurated a new mainline between the bustling steel mills in Pittsburgh and the eastern seaboard.

The P&C was merged into the Baltimore & Ohio Railroad (B&O) in January 1876, providing the company a primary entry point into Pittsburgh via what became known as the B&O Pittsburgh Division. Previously, the B&O had made several failed attempts to construct mainline routes over the steepest regions of the Allegheny Mountains after the state of Pennsylvania forbid the railroad from building within the state in 1847, featuring that the B&O would compete with the Pennsylvania Railroad (PRR). 7

Increasing traffic required the double-tracking of the Pittsburgh Division between Pittsburgh and Cumberland between 1900 and 1904, which required either an enlargement or bypass of the circa 1871 Sand Patch Tunnel. Because of the soft shale and sandstone rock encountered inside the original boring, it was decided to construct a new double-track Sand Patch Tunnel. 3 4 A plan for a 2.6-mile low-grade tunnel with a west portal in Glade City was rejected in favor of a new tunnel adjacent to the existing facility. 4 The original single-track tunnel would be maintained for use by slower trains.

A construction contract was awarded to the H.S. Kerbaugh Company on April 18, 1911, with work to be completed by September 18, 1912. 6 Work on the east end approach was started on May 1, on the first ventilation shaft on May 8, and on the second ventilation shaft on May 9. A small reservoir was constructed to provide the water needed for drilling hydraulics and steam power. 4 Unfortunately, the new tunnel was built too close to the original and caused a 250-foot section of the west portal to collapse. Despite the difficulties encountered, the new 4,175-foot Sand Patch Tunnel opened on Christmas Eve in 1912. 6

The B&O ultimately decided that the original Sand Patch Tunnel was no longer needed, and it was closed to traffic in 1917. 1 6 In 1941, William Stone acquired 600 acres of land from the B&O, which included the original Sand Patch Tunnel. 4 Stone removed stones from the east portal of the tunnel in 1944, which were used to construct the foundation of Stone’s Tavern above the tunnel on PA Route 160. The face stone bearing “Sand Patch” was incorporated into the basement wall.

The B&O became a component of the Chessie System in 1972, which was then merged into CSX in 1987. The line and circa 1913 tunnel continue to be a part of CSX’s Keystone Subdivision. 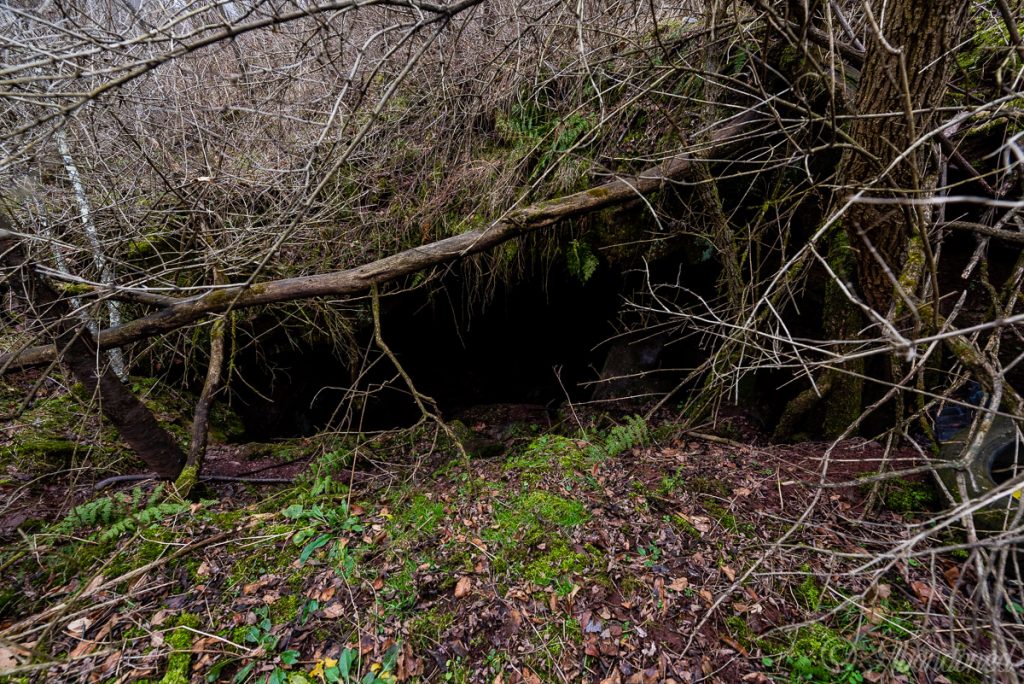 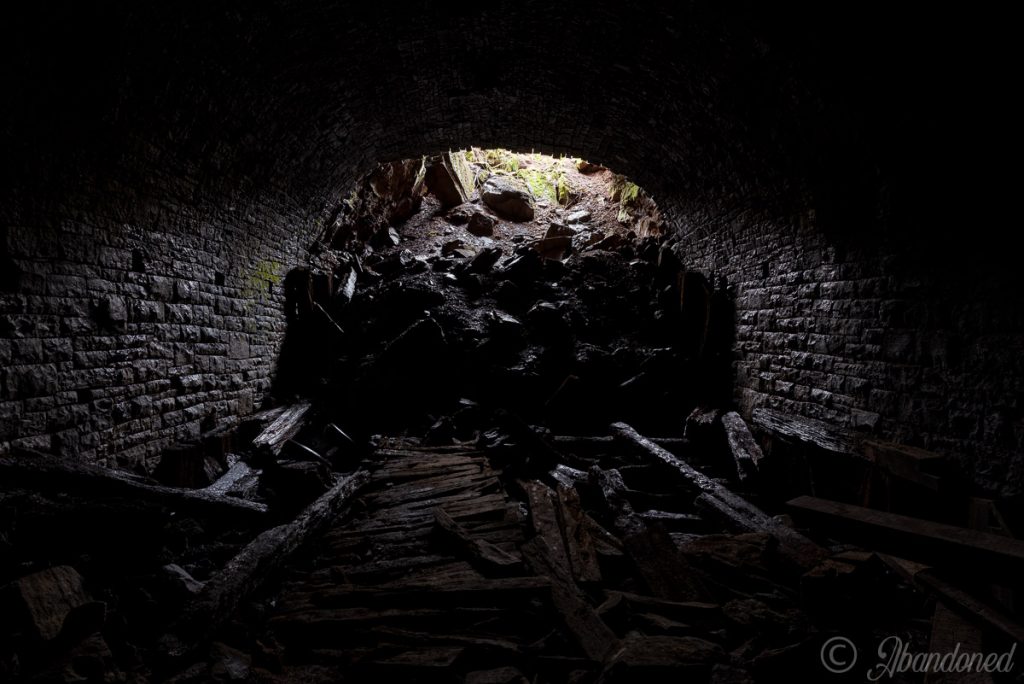 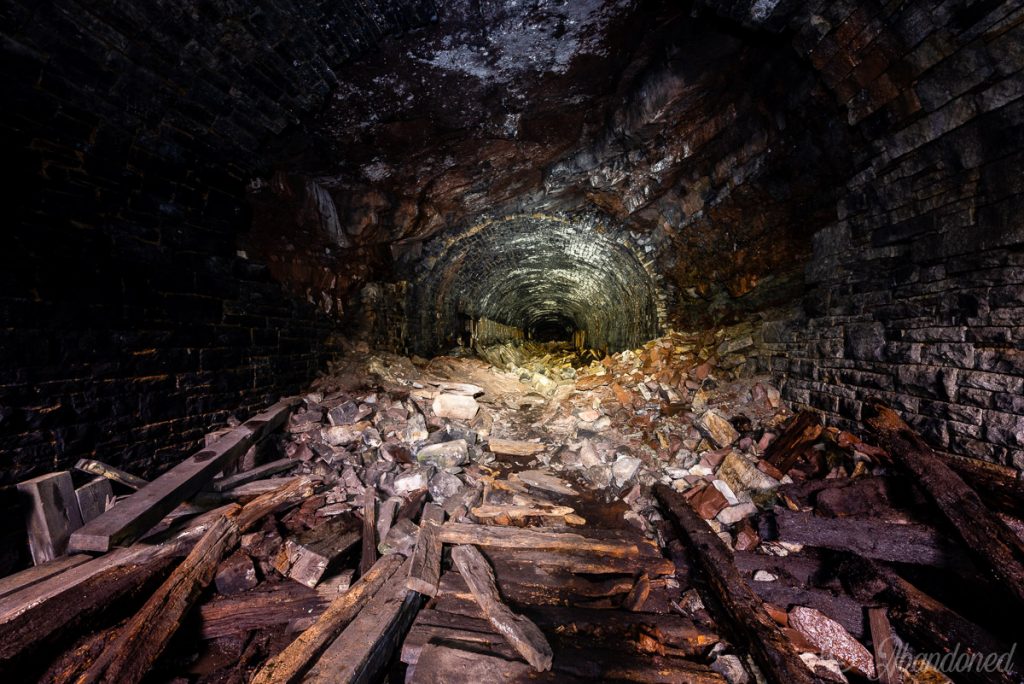 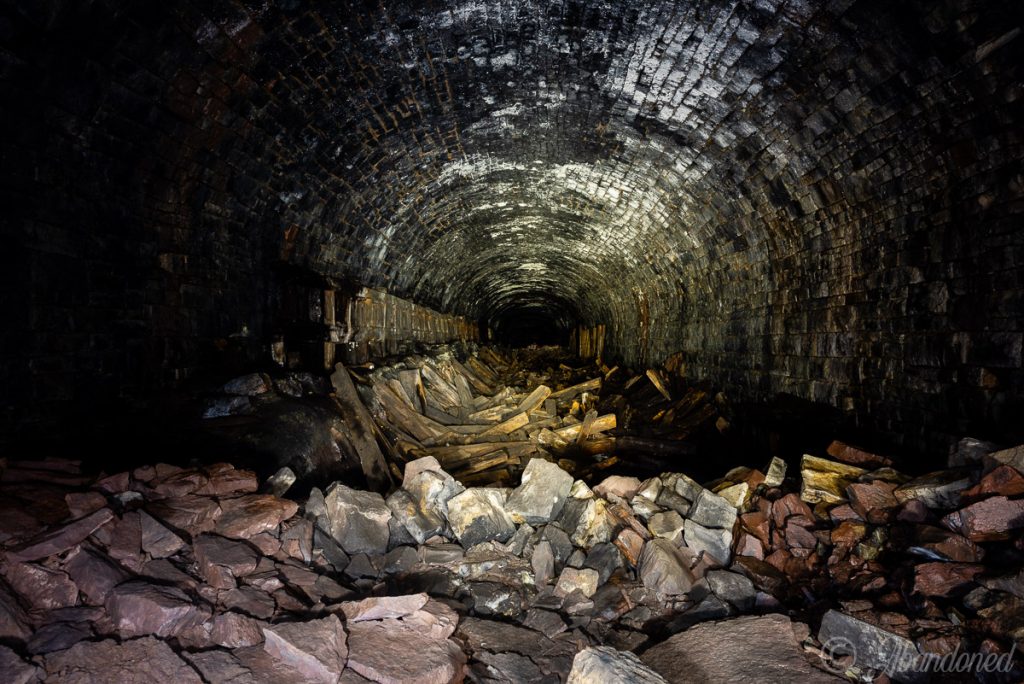 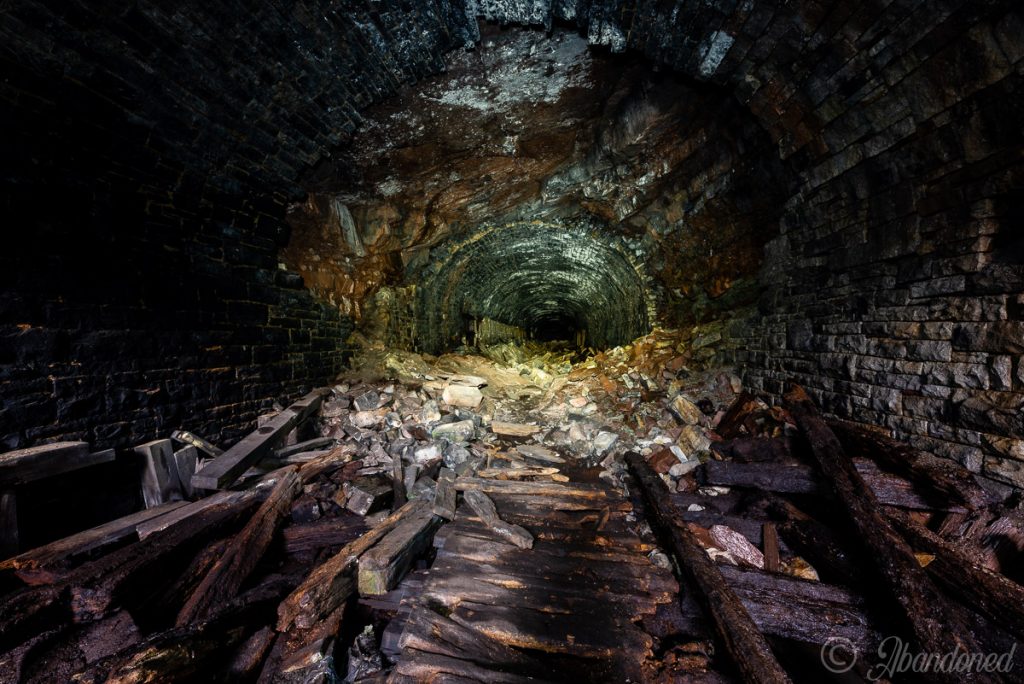 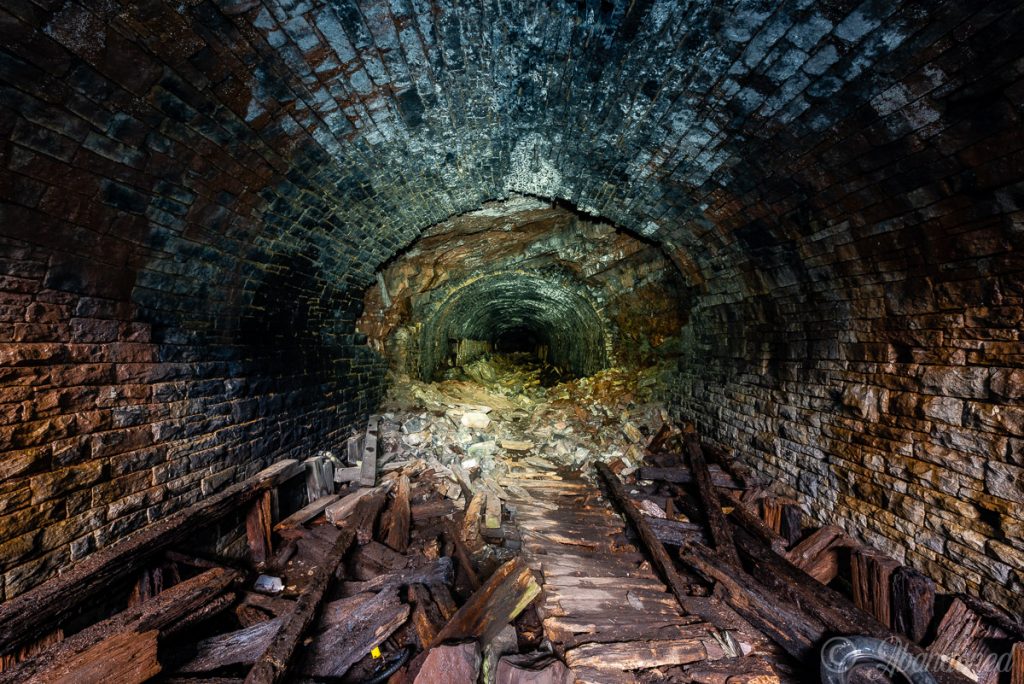