The Spirit House is a historic circa 1865 residence and meeting hall in New York. The uniquely designed building was used by those involved in the Spiritualist Movement.

Timothy Brown was born in the town of Newburn, Vermont in 1815 and to Georgetown in 1847 with his wife, Sarah, and their children. 1 He was loosely trained as a carpenter and deeply devout to the Spiritualist Movement, and upon arrival to the town, Brown, assisted by “spirits,” constructed a residence.

Spiritualists, like Brown, believed that certain people and mediums could communicate with spirits. 3

Brown purchased a ¾-acre plot of land from Samuel Clark and Ellania on November 21, 1864, and opened the two-story Spirit House on Thanksgiving Day 1868, when he held a Thanksgiving dance inside. 1

The elaborate building boasted a scalloped exterior pattern and a three-tiered cornice with downward-pointing keys. Inside, the rooms were built without corners as it was believed that spirits could get caught in corners. 2 There was also a windowless room where the spirits were called, closets that were to be used exclusively by the spirits, and a large hall on the second floor that was to be used for meetings of fellow Spiritualists. 1 The large hall was also used for plays and dances by the town. 5 Brown lived on the first floor. 1

Brown acquired an additional 12 acres from Elnosthro Ellis on April 15, 1872, and removed the rear portion of the house, and added a Presbyterian Church in its replacement in 1874. 1

The building was closed to Spiritualists after a notebook containing information from cemeteries and records was found in a room used to contact spirits. 4 It was thought to be used as a “cheat sheet.” The town continued to use the meeting hall for local meetings and events. 5

Brown died in 1885, and the property was transferred to his wife, Sarah, on May 5. 1 In ill health, Sarah transferred the property to her great-nephew, Floyd Currier, and his wife in 1898, which was then sold to Chauncey Stevens. Chauncey died in 1902 and the house was placed under the care of his wife, Alice.

The church addition was torn down in 1906 and the residence was extended in the rear. 1 The second floor, no longer being used for meetings by the Spiritualists, was divided into bedrooms. In 1908, a stairway was built along the interior east wall in the space of a former spirit darkroom. Between 1938 and 1940, the second-floor ceilings were lowered, a new asphalt roof was installed over the original metal roof, and the first floor was reinforced with steel beams. In 1946, a bathroom, sun parlor, and sun porch were added on the south side of the house, and the second-floor den was enlarged.

The descendants of Alice Chauncey (later Alice Cossitt) lived in the Spirit House until 1989. 4 The next owner refused to live or sell the house, fearing that it would bring about her death.

It was later purchased by Valerie Wilson who attempted to restore the historic building. 3 In the process, the roof began leaking water into the interior. It had been originally engineered to collect water into a center pipe that flowed to the basement. Owing to extensive water damage from the roof, the interior was gutted down to the studs.

The Spirit House went on the market in 2009 at a list price of $89,900. 3 4 Madis Senner, interested in acquiring the residence, founded the Spirit House Society and envisioned that the building would be restored as a spiritual healing and retreat center. 2

In September, Senner approached the seller to obtain a letter of intent to sell the house, as it Senner was going to file for a grant from the state Office of Parks, Recreation and Historic Preservation for the acquisition of the property and exterior restoration of the Spirit House. 2 It was estimated that the repairs required for the house topped $200,000, with at least $78,000 needed just to clean and paint the exterior.

But days before Senner was going to file for the state grant, news broke that the seller had accepted another offer on the property. 2 The new owner, Resurreccion Dimaculangan (Rexie), was a member of the Spirit House Society. 6

Dimaculangan applied for local tax exemption on improvements to the Spirit House, which was granted in May 2012. 7 The exemption was designed to provide exemptions on improvements to historic properties to be used as an incentive for property owners to restore and maintain their structures. But Dimaculangan protested and believed that the exemption should be for the entire assessed value of the property, although that would violate state law.

According to Dimaculangan, the proposed renovation of the Spirit House would cost $5 million, which would be paid for through government grants and memberships. 7 Rexie only had around $5,000 at hand for restoration work. 8 The plans were criticized by the local government, code enforcement officers, and other historic preservation organizations for being unrealistic. 7

Throughout the time, Dimaculangan lived in the rear of the otherwise unmaintained building, using a space heater and fireplace to keep warm. 8 As of 2018, the entire residence was vacant, with the property lined with empty plastic barrels.

Dimaculangan has claimed that it is illegal and immoral to photograph the property, even from outside of her property boundaries. The photographs below have been taken from the neighboring property and the state right-of-way, completely ignoring those baseless statements. 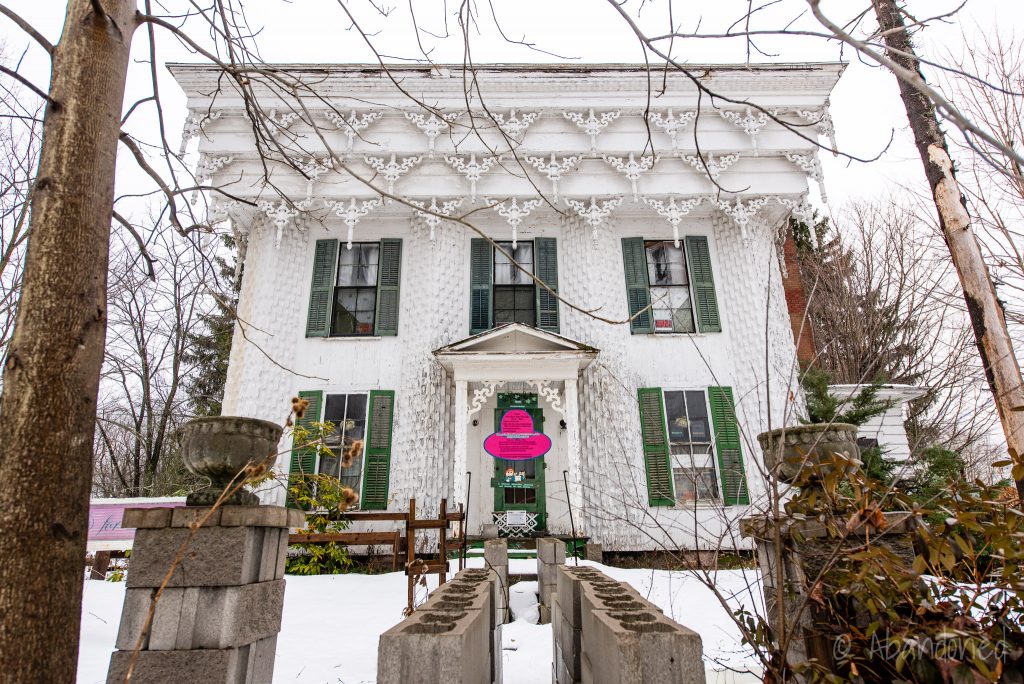 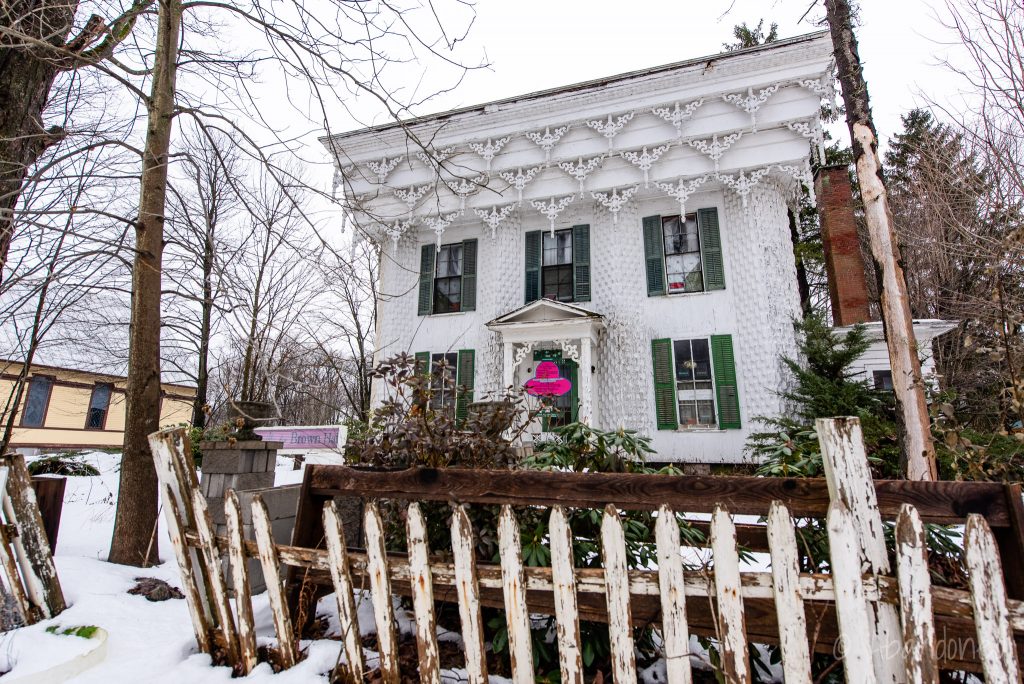 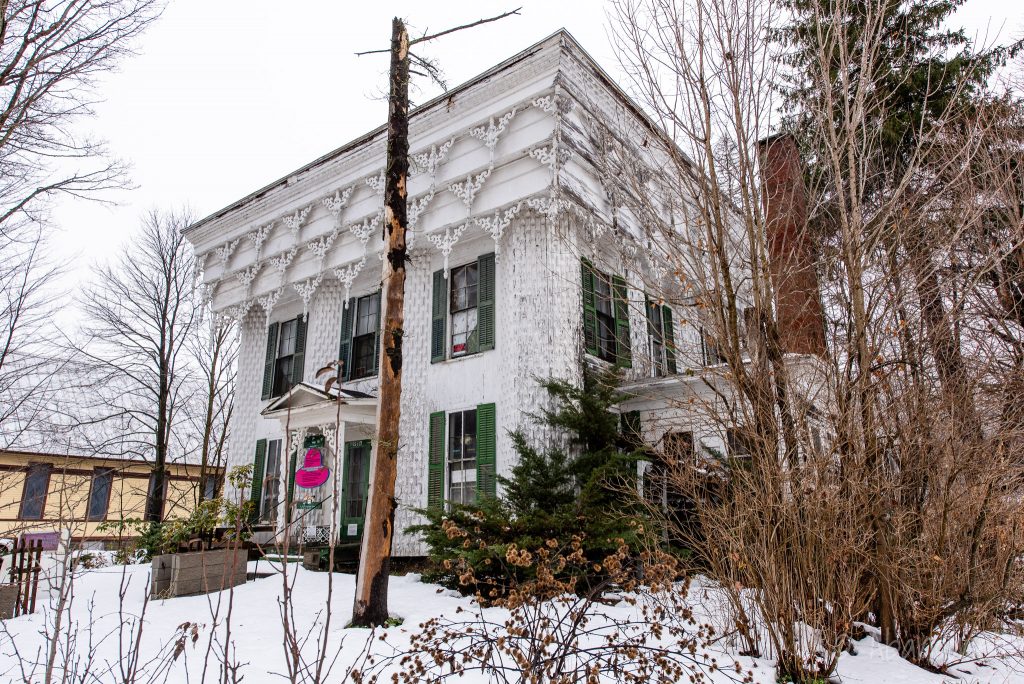 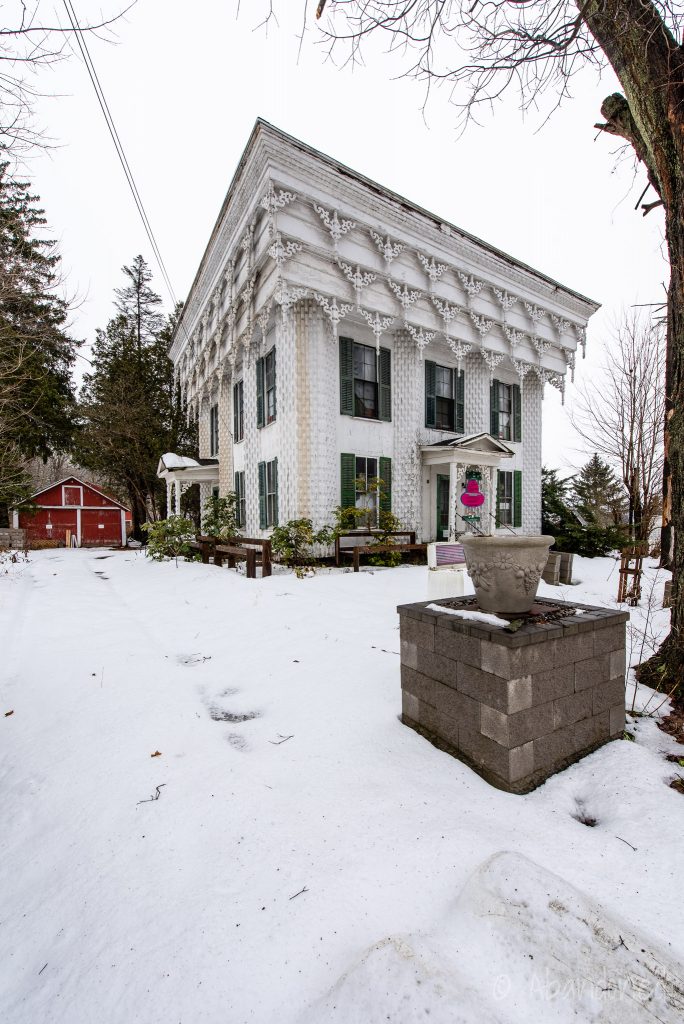 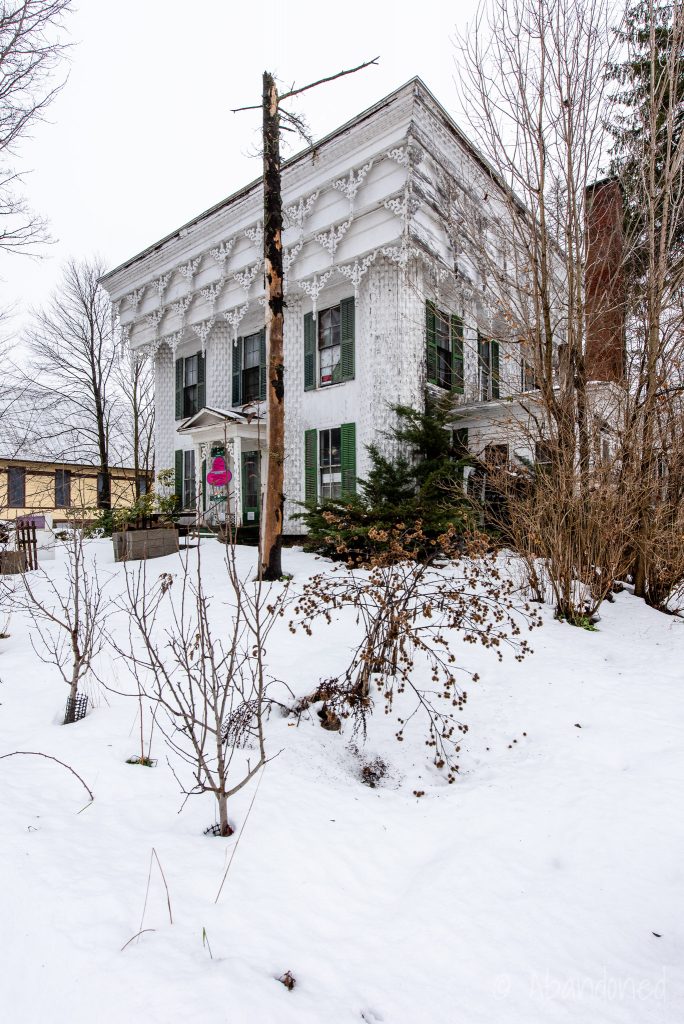 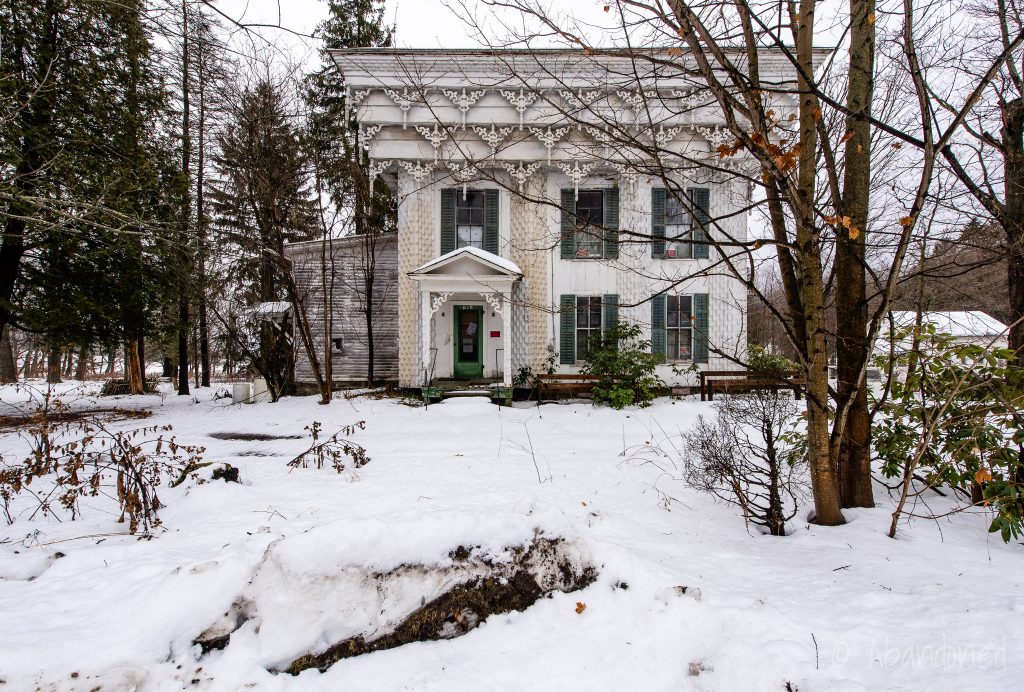 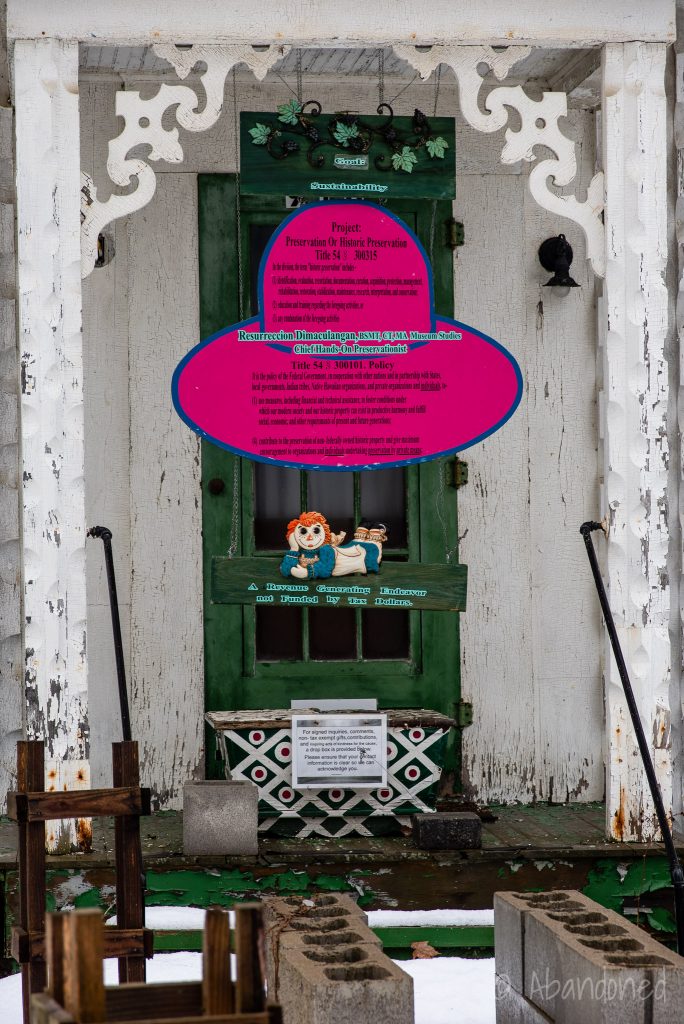 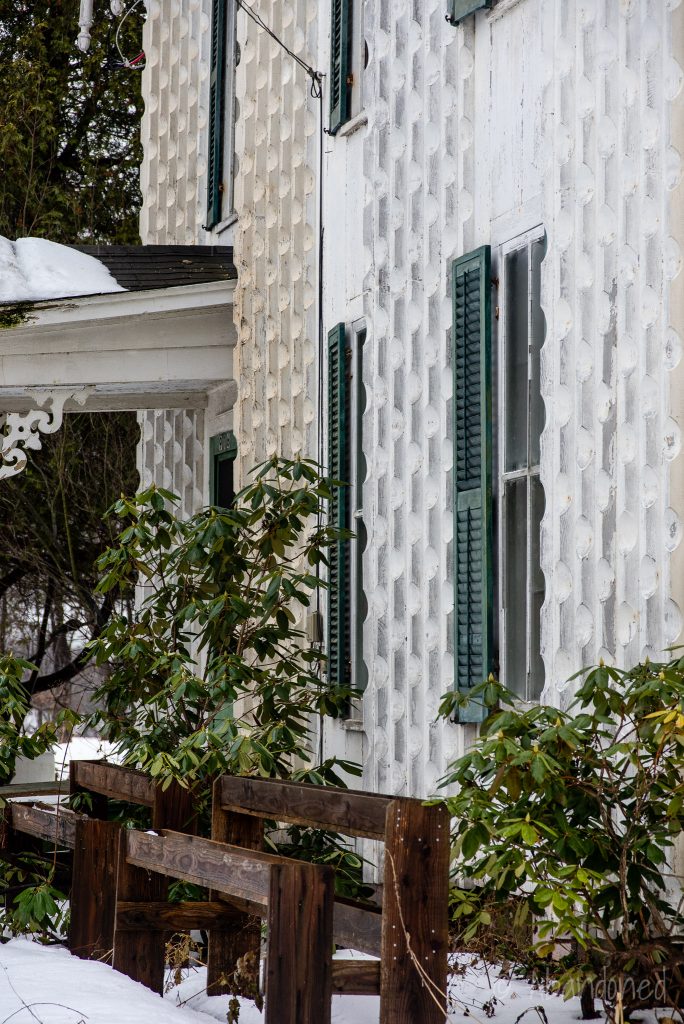 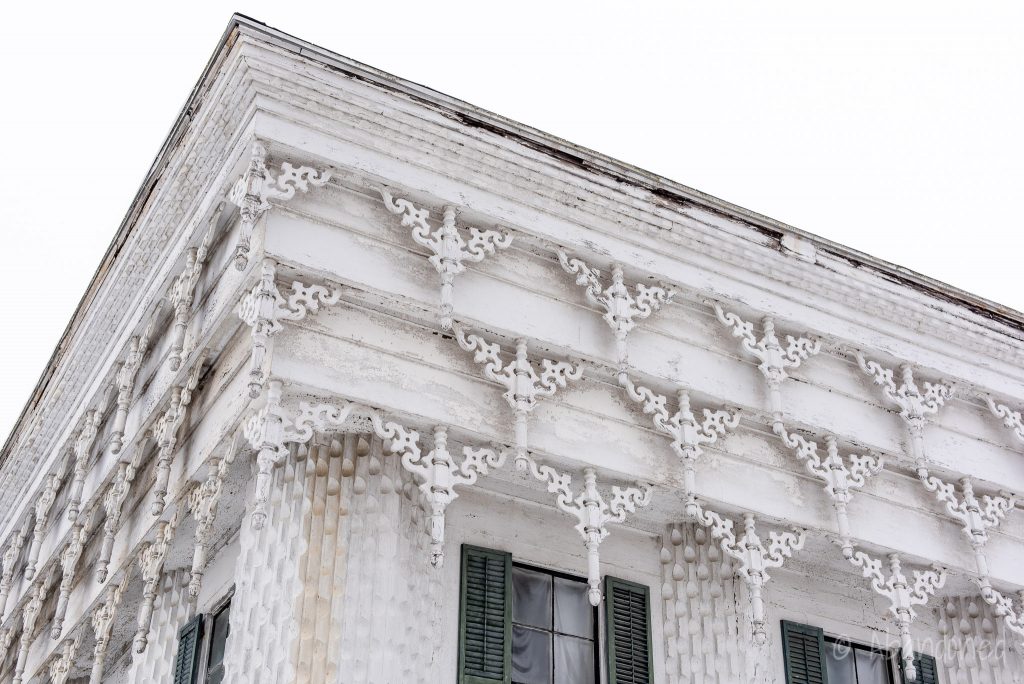 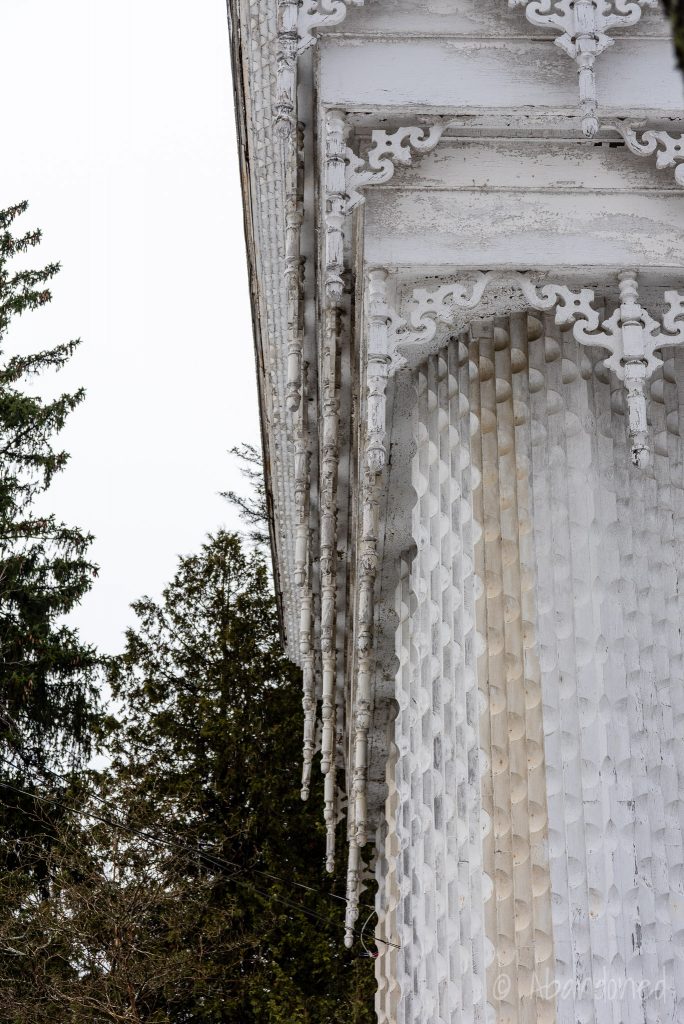 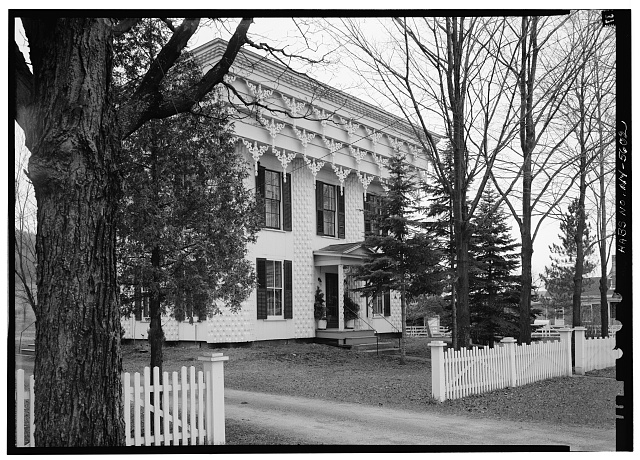 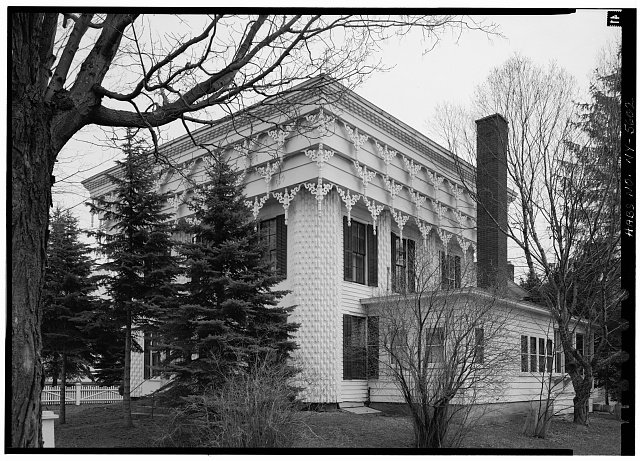 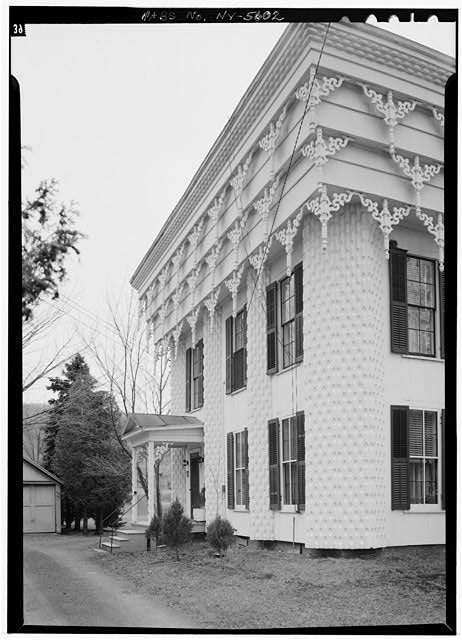 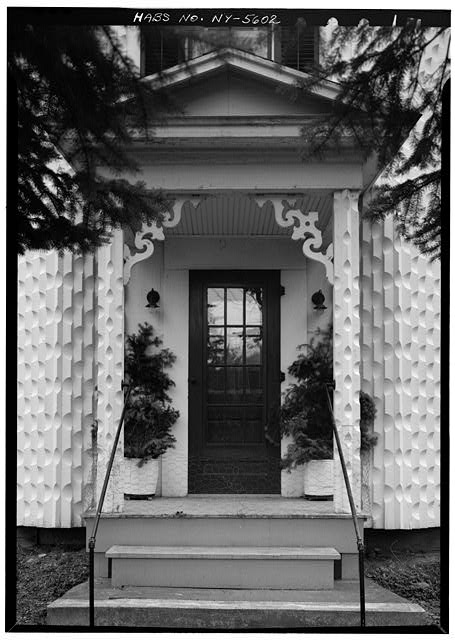 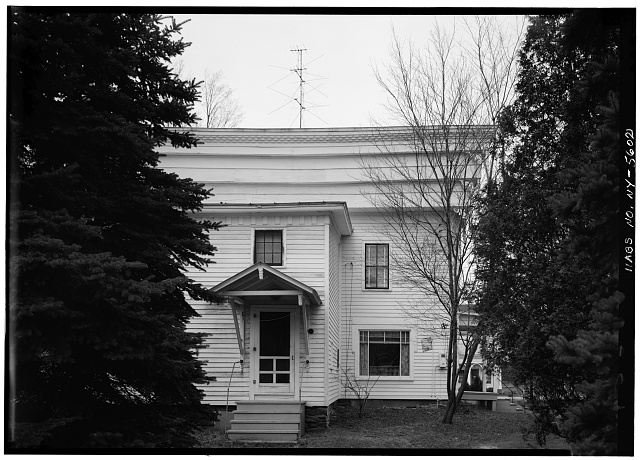 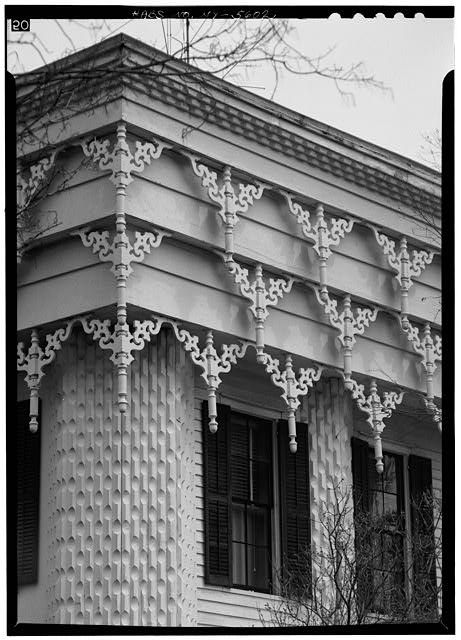 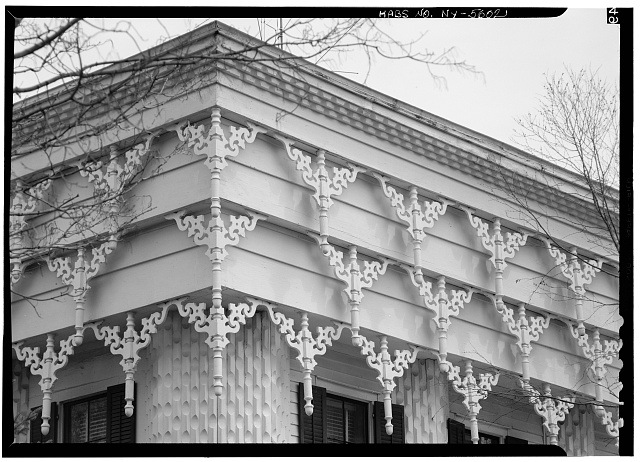 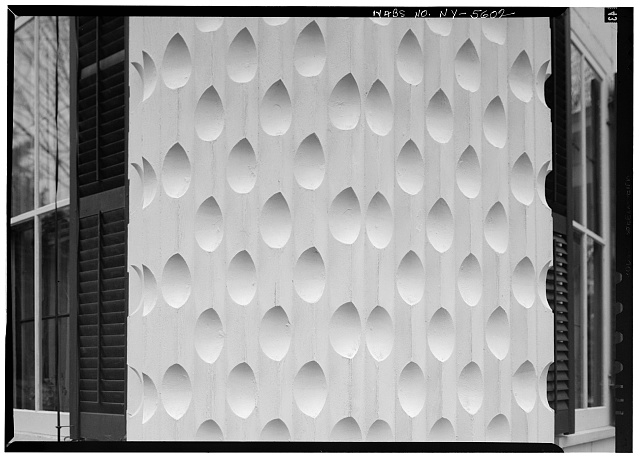 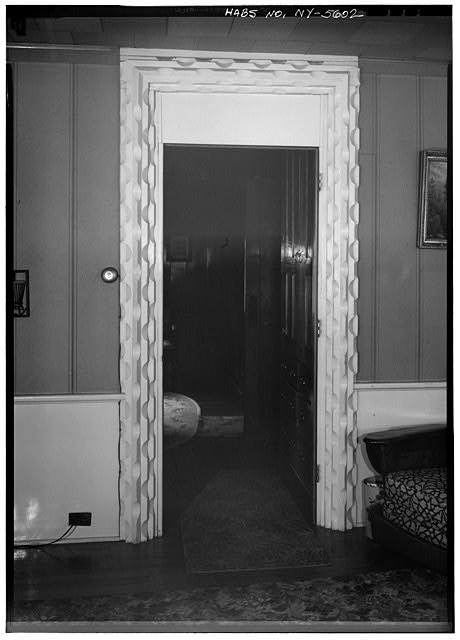 Church of the Transfiguration Collapse

A Tale of Two Houses

In its heyday in the 1930s, this Rust Belt town called itself the City of Homes, a place where a working-class man could be master of his own castle. But when it fell upon hard times, thousands of …
END_OF_DOCUMENT_TOKEN_TO_BE_REPLACED