The Spirit of Rochester is an abandoned lunch and dinner cruise boat that operated between 1985 and 2004 in Rochester, New York.

In 1984, the city of Rochester celebrated its sesquicentennial, and part of the observances included the Lake Ontario Tall Ships Festival in the Charlotte neighborhood along Lake Ontario and the Genesee River. 1 The event attracted hundreds of thousands of visitors to the area and reawakened interest in the beach and harbor. To capitalize on the resurgence of the area, Donald Suhr, owner of the nearby Riverview Marina, acquired a 150-foot steel oceangoing tour boat in Connecticut for $1.2 million on April 4, 1986. 2 3 The boat had been drydocked since October 1983 by a shipbuilding company in Connecticut. 3 The voyage to Rochester involved getting locked in an ice floe in Nova Scotia, which required the assistance of a Canadian ice breaker to get the vessel to the St. Lawrence Seaway. Suhr and several employees spent much of the spring sanding, painting, and outfitting the vessel for future tours on Irondequoit Bay, Lake Ontario, and potential excursions to Toronto and Niagara-on-the-Lake. 2

The newly christened 150-foot Spirit of Rochester set sail in July with room for 535 passengers. 3 Guests had the option of a two-hour luncheon or a three-hour dinner cruise. After a slow initial rollout, the boat proved very popular with locals and tourists alike and Suhr was able to repay his debts that were put forth in acquiring the ship within two years. 8

The Spirit of Rochester did not sail in 2004 4 after hitting a sunken tug in the Genesee River and causing a hole in the hull. 5 The boat was towed to a dry dock in Toronto, Ontario for final repairs and a paint job in 2005 in preparations for the resumption of cruises in 2006. After the 2006 season failed to materialize, the boat was sold to out-of-town investors who started renovations on the boat before stopping in 2017. 6

The Spirit of Rochester made a cameo appearance in the John Mellencamp film, “After Image.” 7 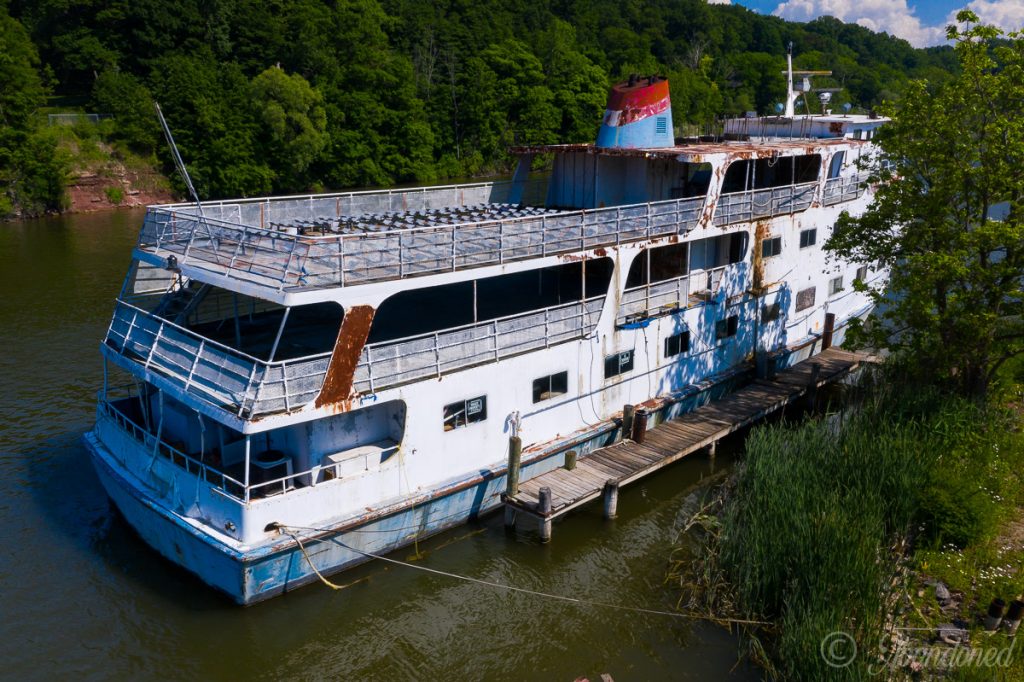 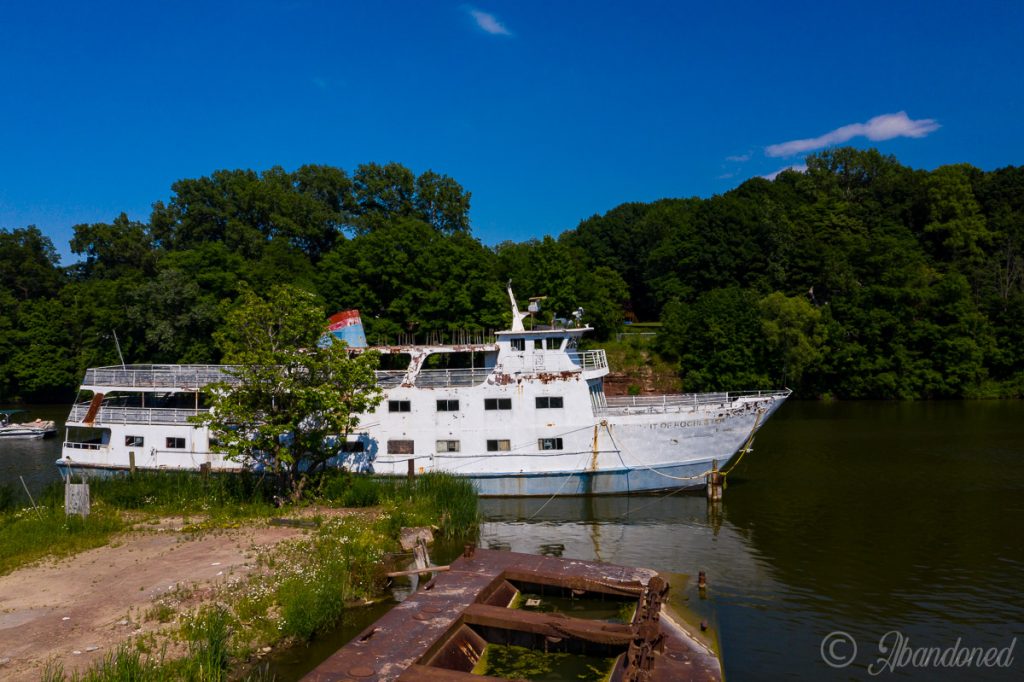 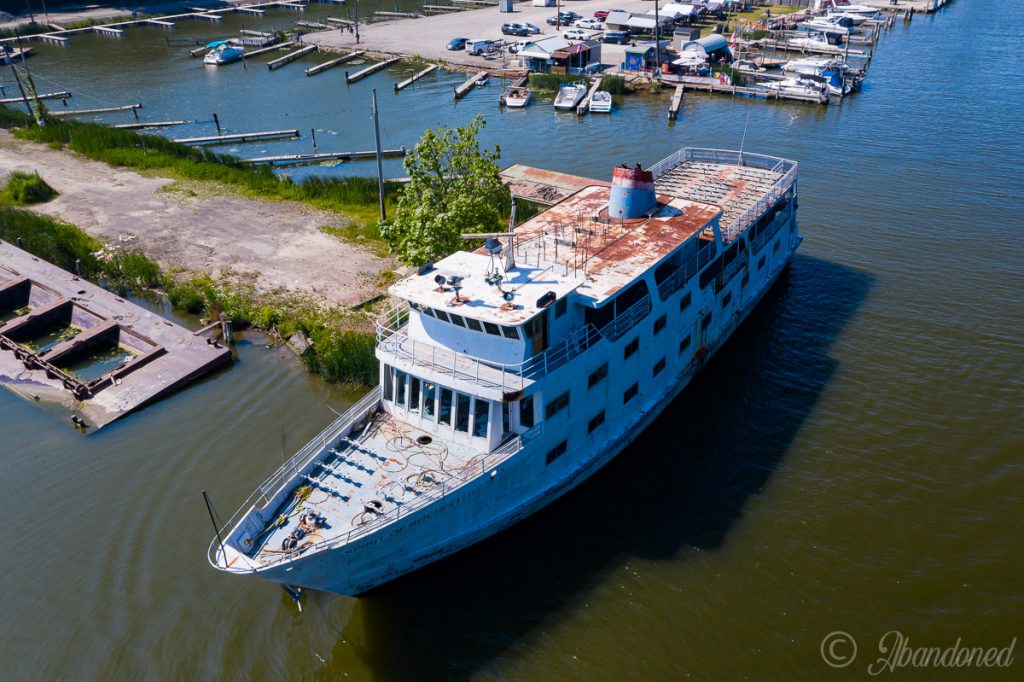 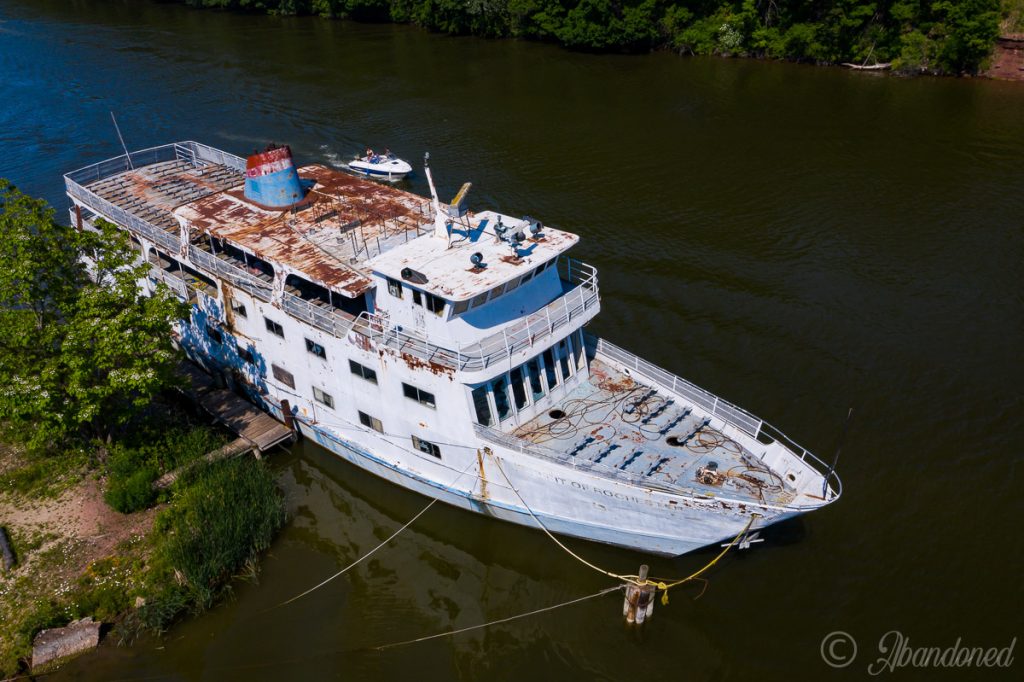 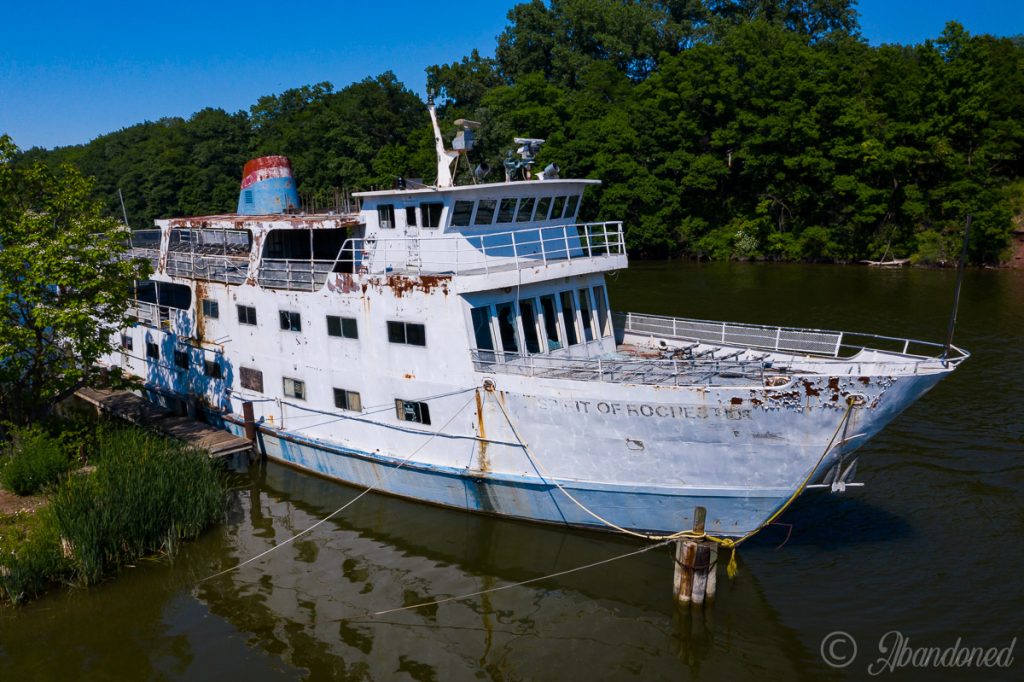 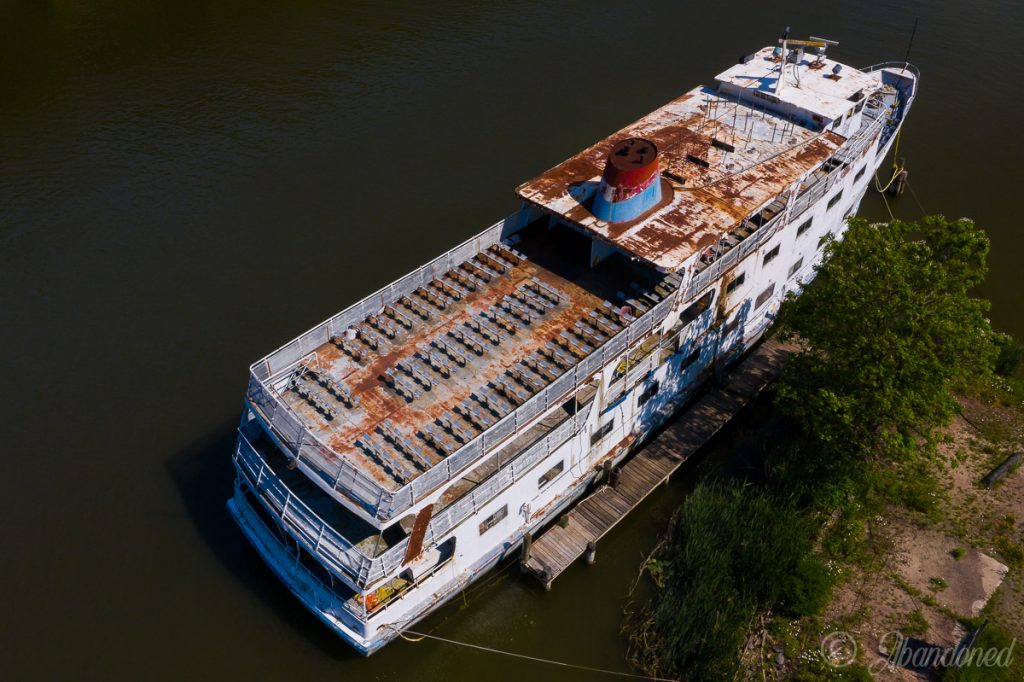 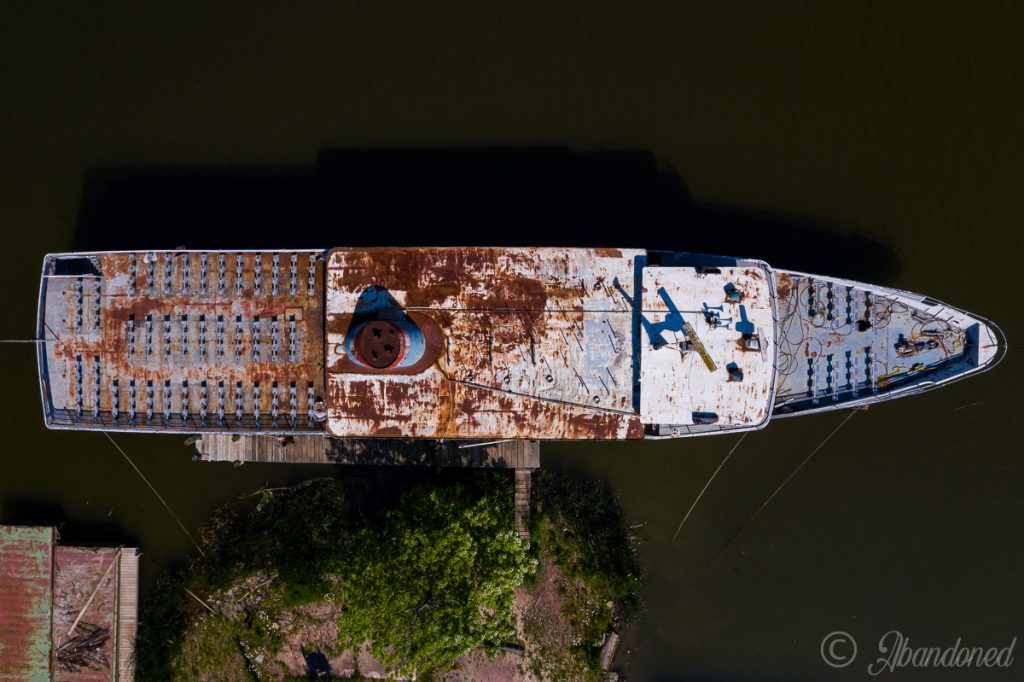 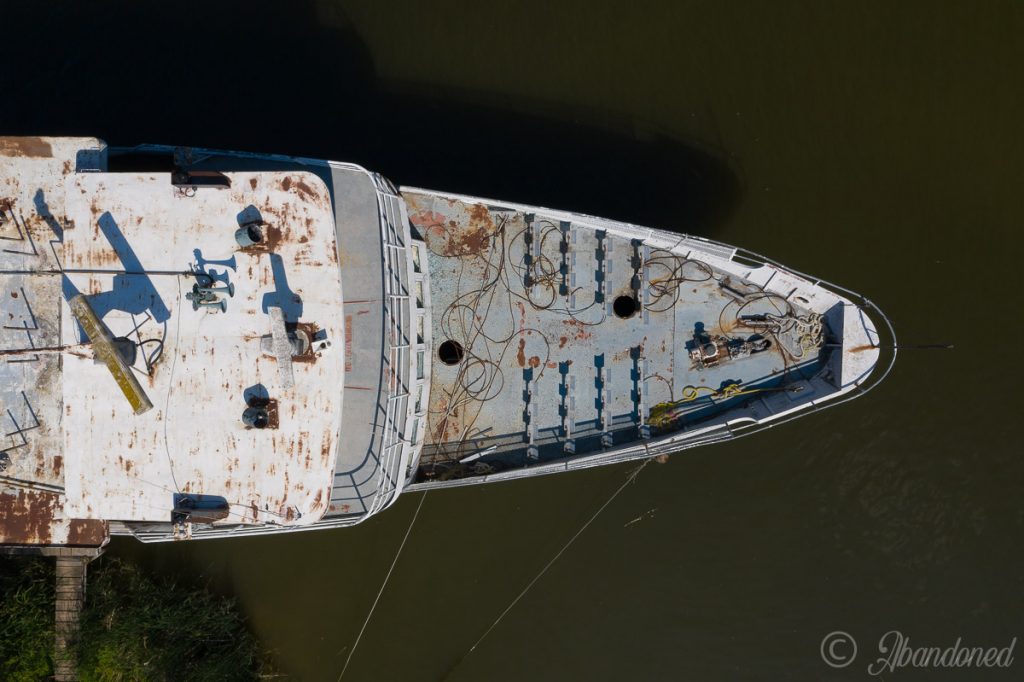 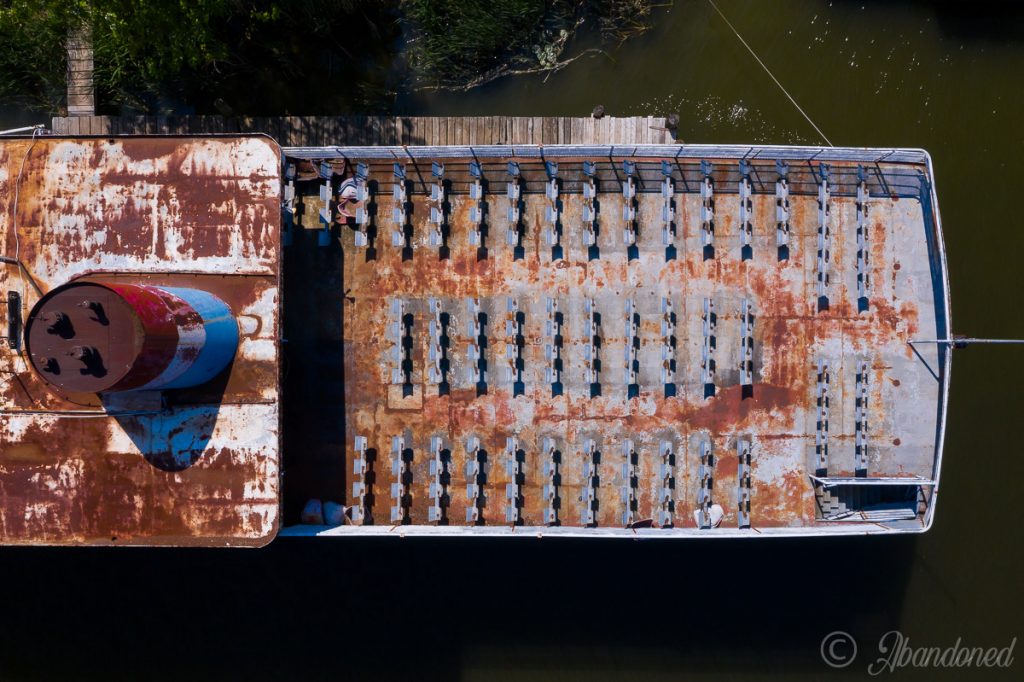 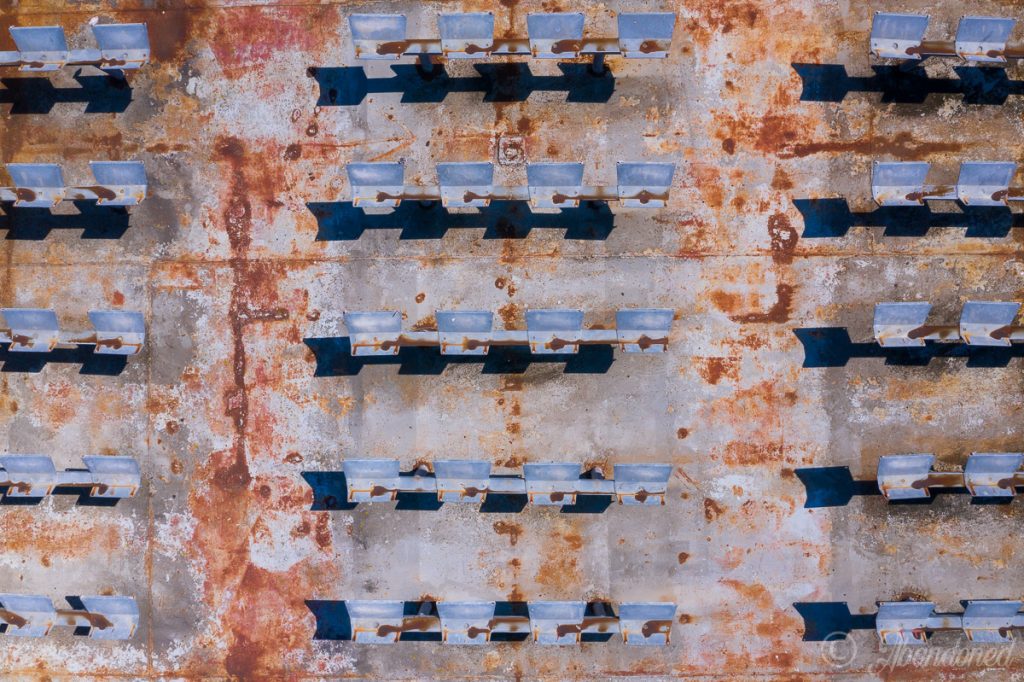 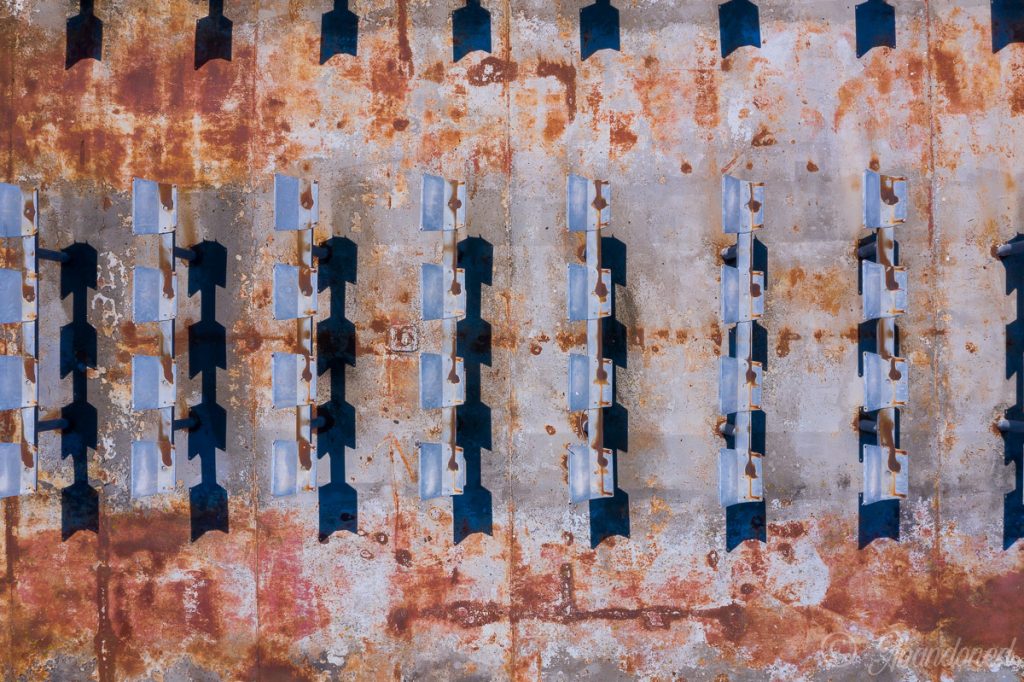 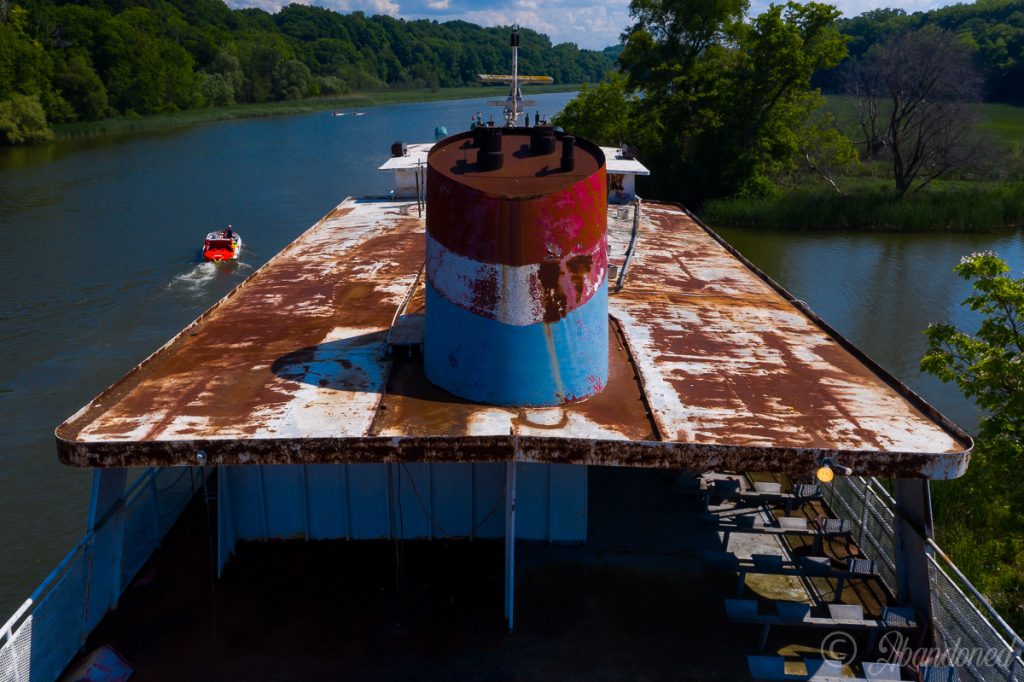