St. Agnes Church is a former Roman Catholic church in the LaSalle Park neighborhood of Detroit, Michigan. It was in use until 2006. The church was notable for hosting the Blessed Mother Teresa of Calcutta in 1979 when she established a Missionaries of Charity convent at the church.

Reverend Chas E. Henigan was brought to the Detroit Catholic Archdiocese by Bishop John S. Foley to establish the St. Agnes parish in the emerging LaSalle Park neighborhood in 1913. 1 Land was acquired at LaSalle and 12th Streets as the site for the future church. The first mass of St. Agnes was held in a residence at 111 LaSalle Gardens in April 1914. 8 By December, the congregation had grown to the point that it moved to a 200-seat, the wood-framed church at 12th Street and Bethune Avenue. 7

St. Agnes School opened in 1917 with seven Immaculate Heart of Mary Sisters that taught 180 children in grades one through eight. 9 By the end of the year, enrollment had spiked to 330 students. The fall of 1918 saw the admittance of the ninth grade and an uptick of enrollment to 471 pupils. An additional classroom was opened and a lay teacher was hired to handle the demand. By the fall of 1919, the school boasted ten grades and an enrollment of 537 students. Eventually, grades eleven and twelve were added when the Blessed Sacrament High School was formed.

The St. Agnes parish chose the firm of Van Leyen, Schilling, Keough, and Reynolds of Detroit for the design of a Gothic Revival-styled sanctuary in 1922. 11 The two-story sanctuary was to be built of reinforced concrete, brick, and steel at the cost of $150,000. A cornerstone was laid in a ceremony on September 10, and the new church building opened in November 1923. 1 It was not formally dedicated until June 1, 1924. 1 A custom-built pipe organ, Opus No. 1035 from Casavant Frères, was installed shortly after. 10

By the mid-1920s, St. Agnes School boasted more than 800 students. 9 During the Great Depression, one room in the school was set aside to store food and clothing for those in need, and while a drama and debate club was formed, athletic programs were sidelined due to financial concerns. It was not until the 1940s that St. Agnes “Panthers” became active.

The LaSalle Park neighborhood had matured by the middle of the 20th century, and naturally, the number of families attending weekly church sermons began to slowly decline. To counteract the decline in membership, St. Agnes opted to integrate with the greater African-American community. 3 The school did not fare as well, and in March 1958, the high school was turned into a magnet high school for females. 3 By 1964, the church boasted a roster of 1,500 families, three priests, 22 nuns, and 408 students at the school, 3 180 of whom were enrolled in the all-girls high school. 9

The magnet high school closed in June 1967 when it was merged with St. Martin De Porres, and the remainder of the school followed suit in June 1971. 9

In December 1988, Cardinal Edmund Szoka ordered 30 Detroit churches to close or merge over low congregation numbers and high maintenance costs, and St. Agnes was on the list because its membership had declined to 200. 2 The Archdiocese ordered St. Agnes to merge with St. Theresa of Avila, 3 with the combined church to be hosted at the St. Agnes facility. The decision was not without controversy. St. Theresa’s facilities were in better condition but St. Agnes was chosen because of its location. 6

The parish reopened in September 1990 as the Martyrs of Uganda, named in honor of African missionaries who had been executed in 1887 in Uganda for refusing to renounce their faith. 4 6 Under the new parish, the closed school was reopened as a Montessori academy and senior housing complex. 3 Although the new parish focused more on community outreach and attracted some new members, regular attendance continued to decline. The Montessori school closed in 2000. In June 2006, Martyrs of Uganda closed with its 90 members transferred to St. Cecilia Church. 5

The Archdiocese removed the pews and stained glass windows in 2007, replacing the windows with plexiglass. 10 The buildings were then sold to a congregation who never occupied the structure. By 2009, the pipe organ had been scrapped by metal thieves and much of the complex was stripped of its ornamentation. Scott Griffin, a theater producer, and real estate investor purchased the church for $90,000 in June 2012. 10 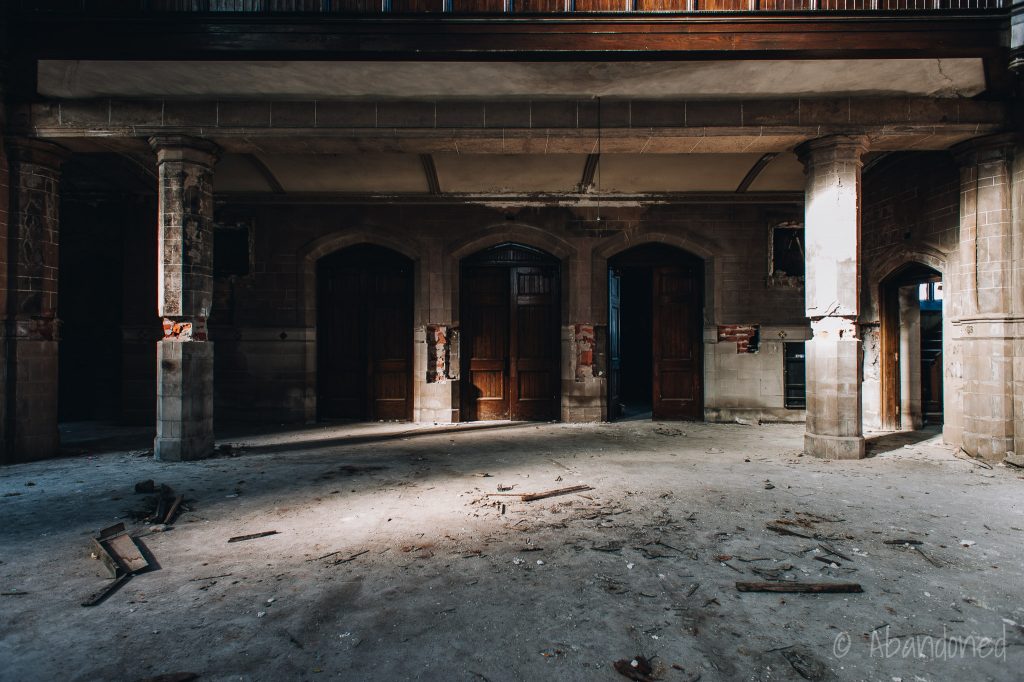 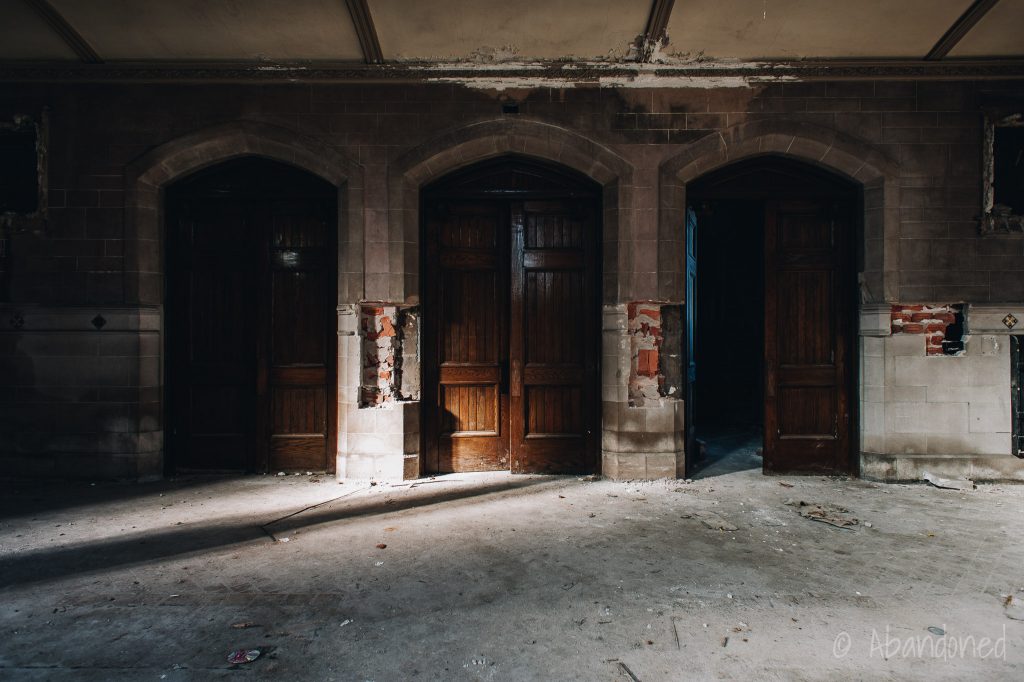 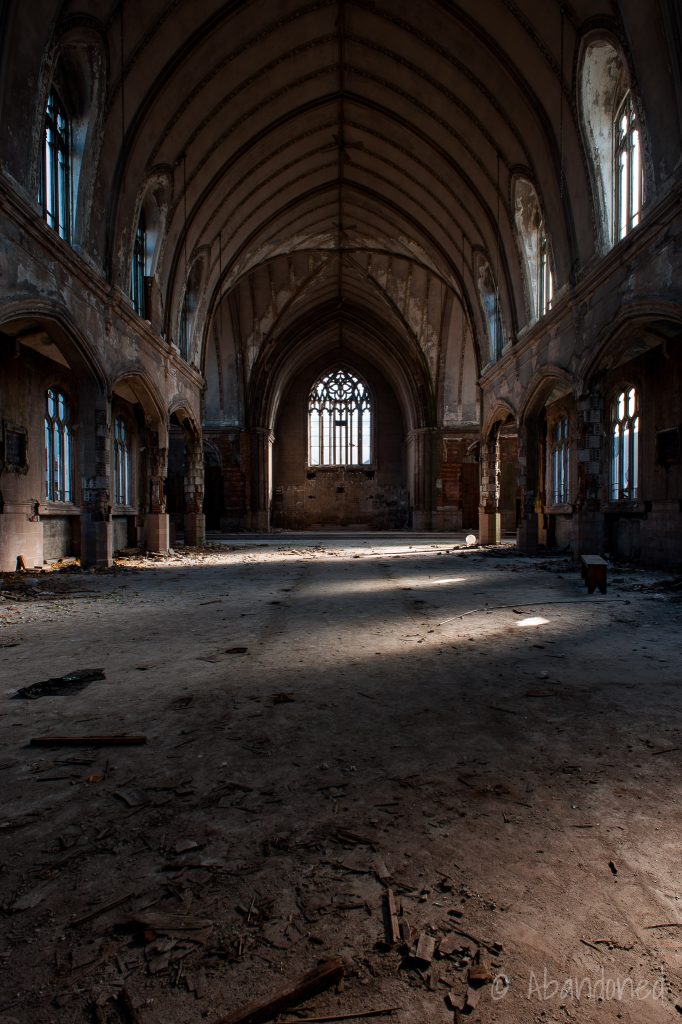 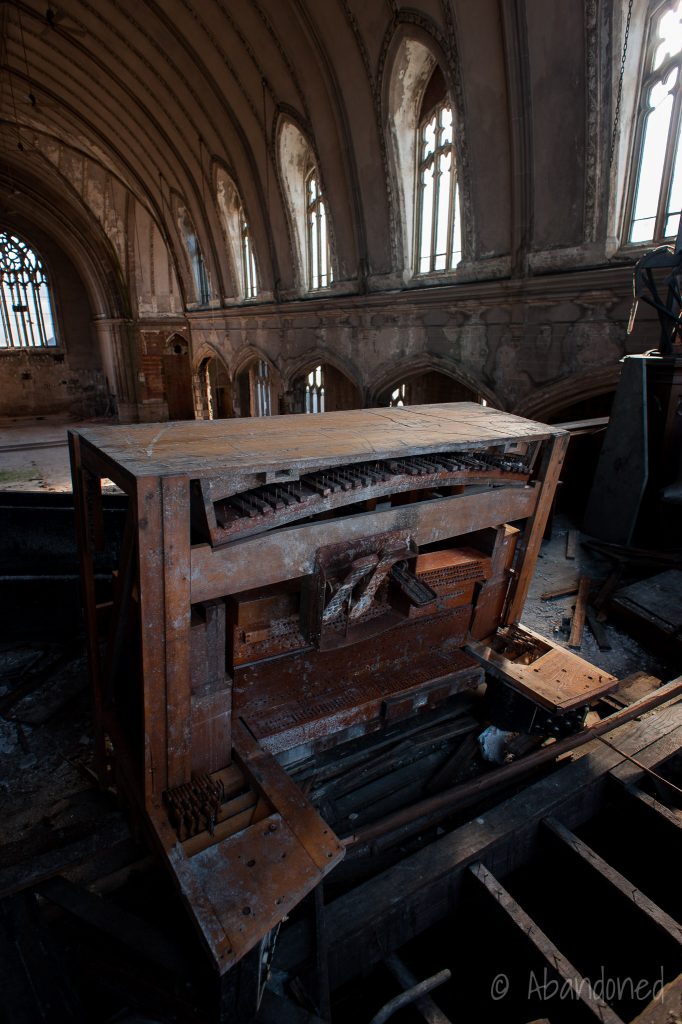 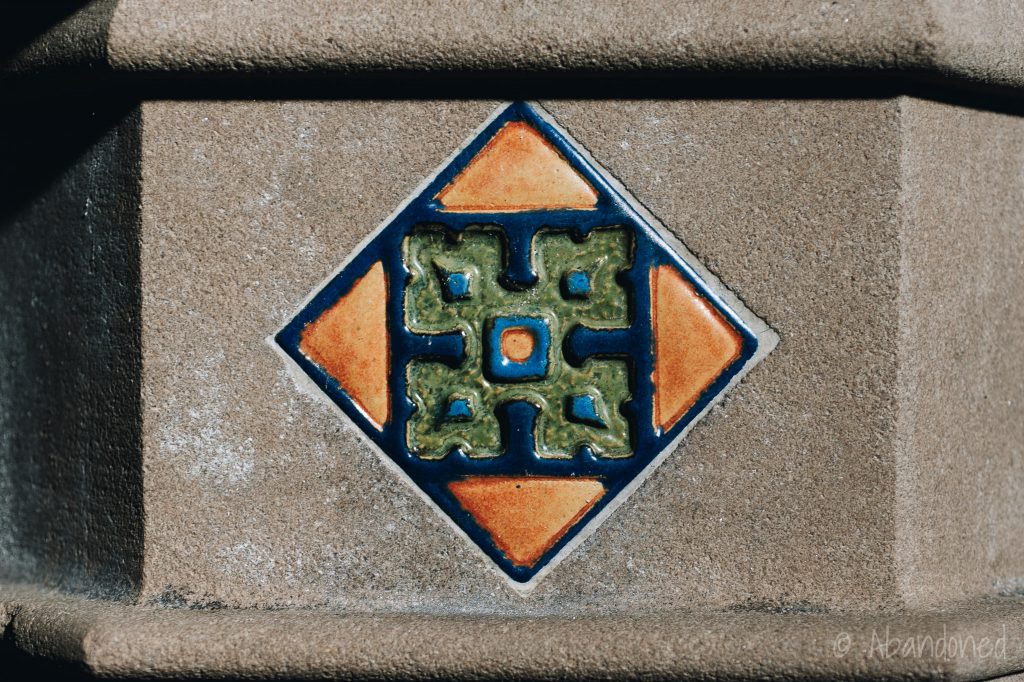 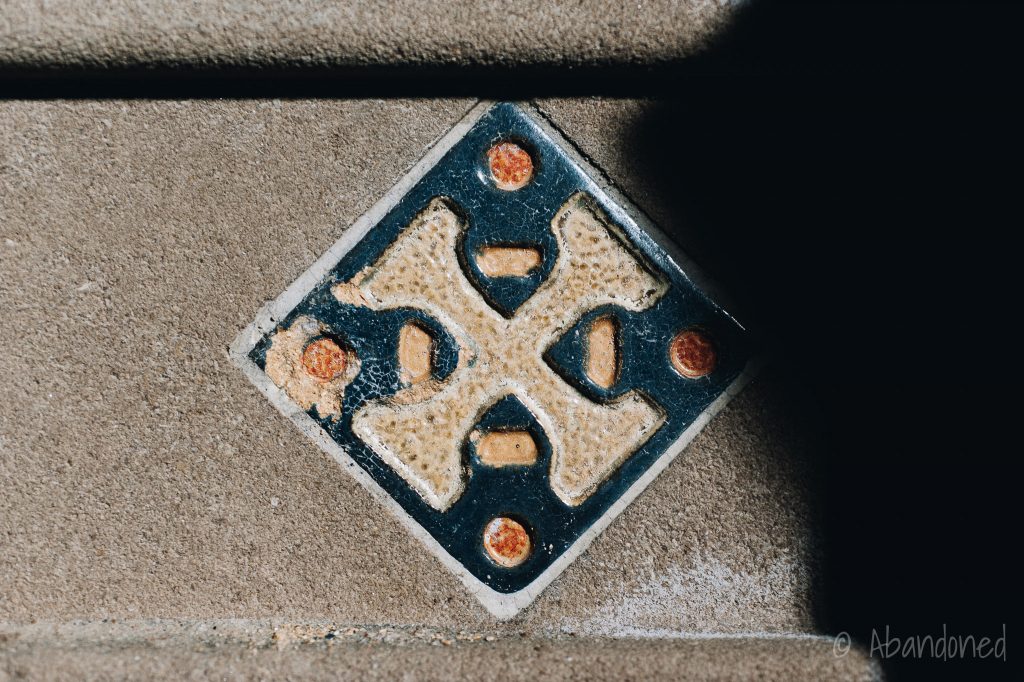 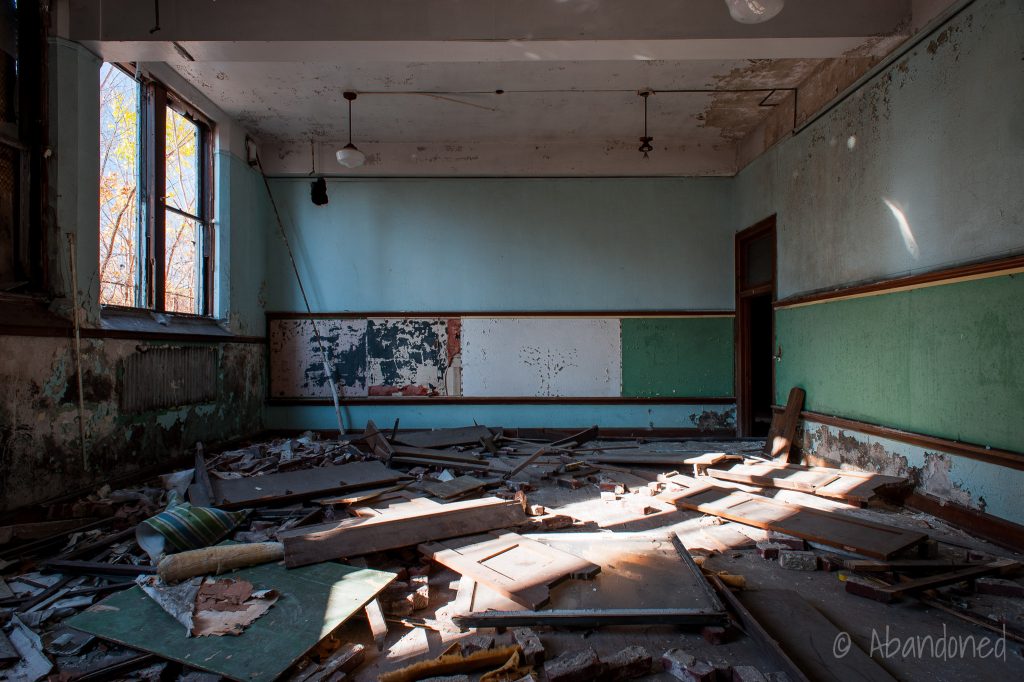 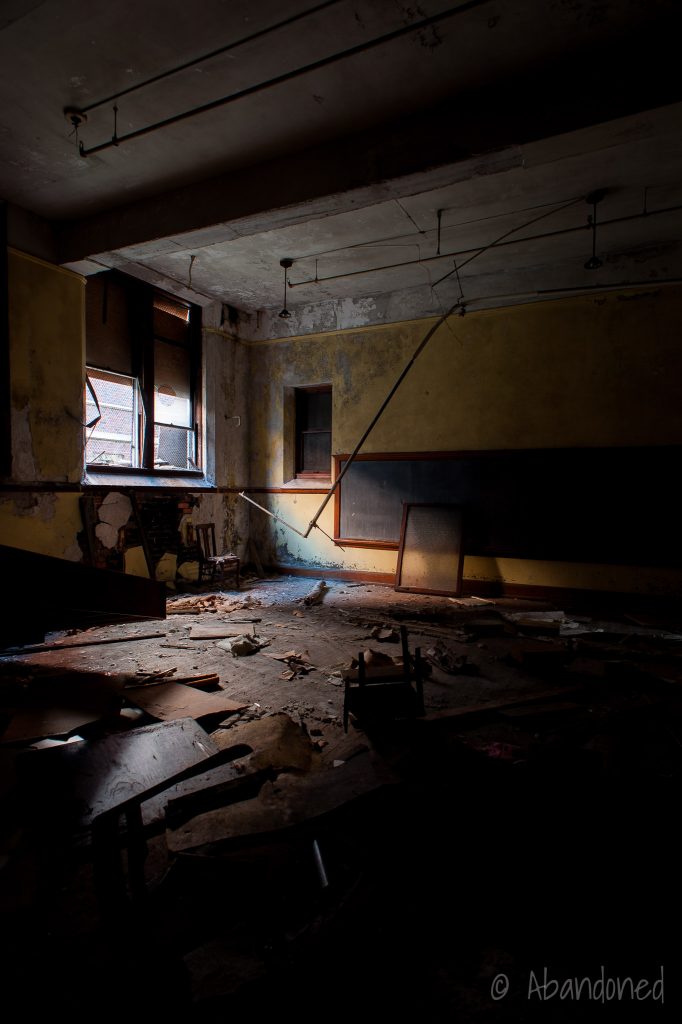 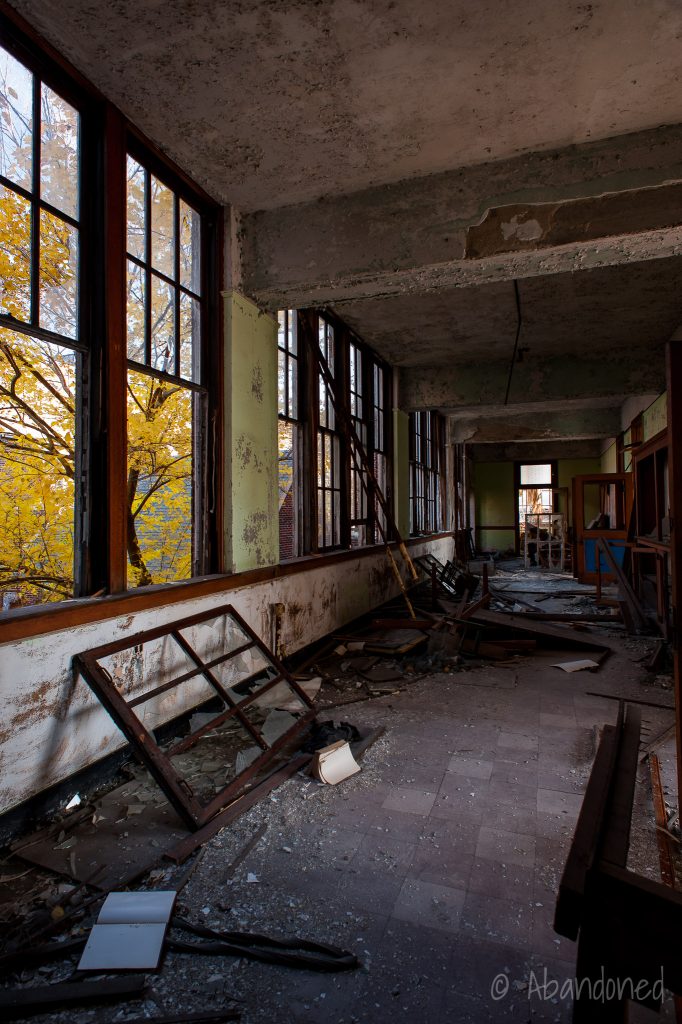 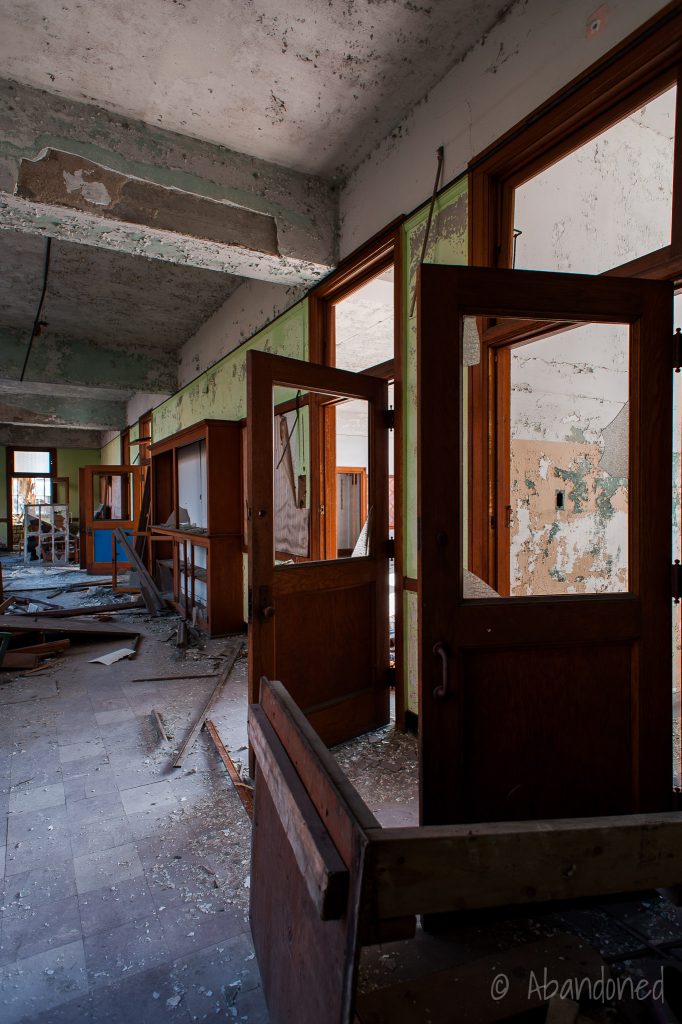 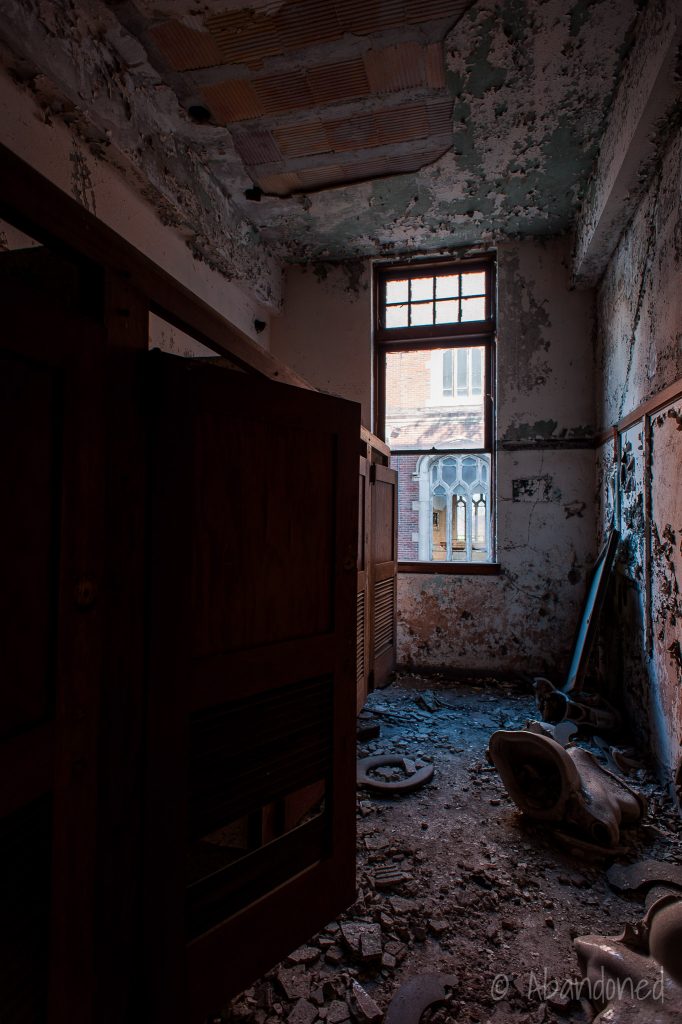 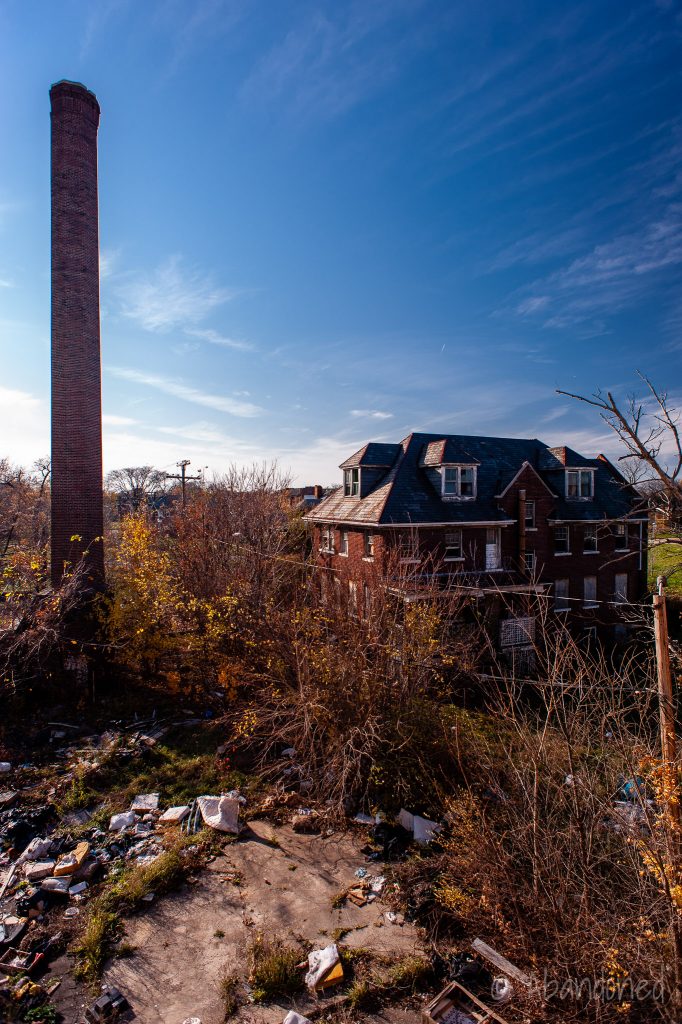 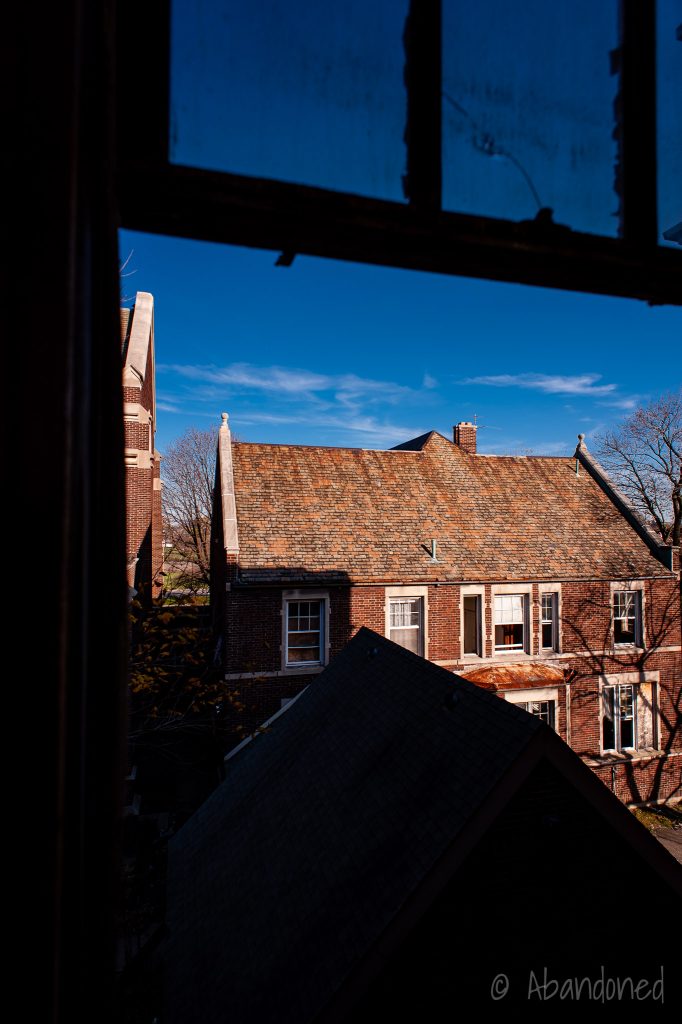 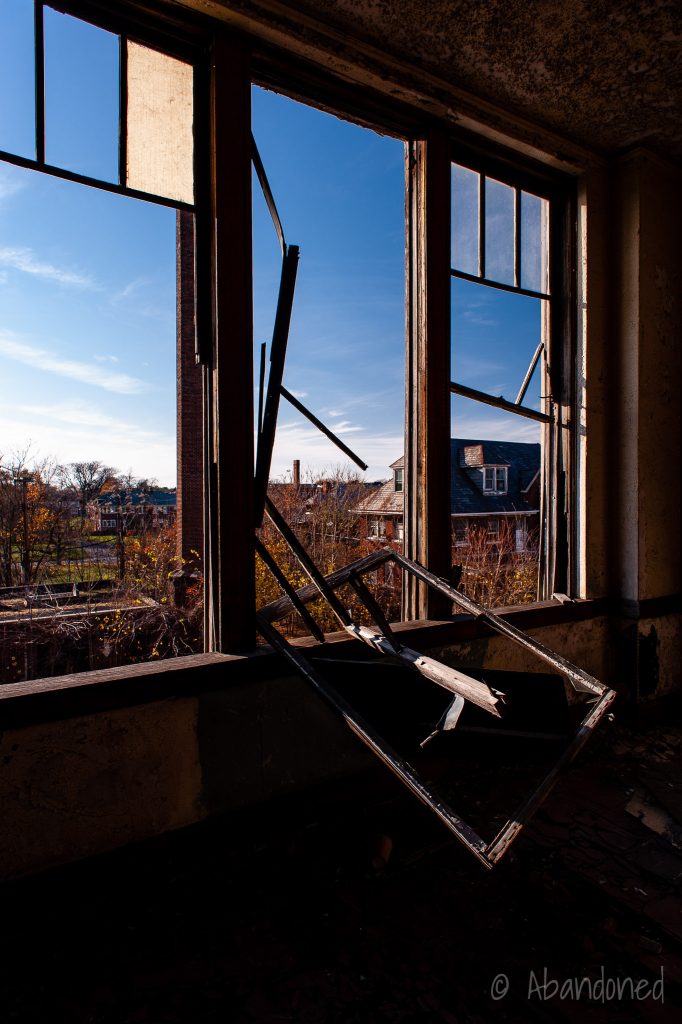 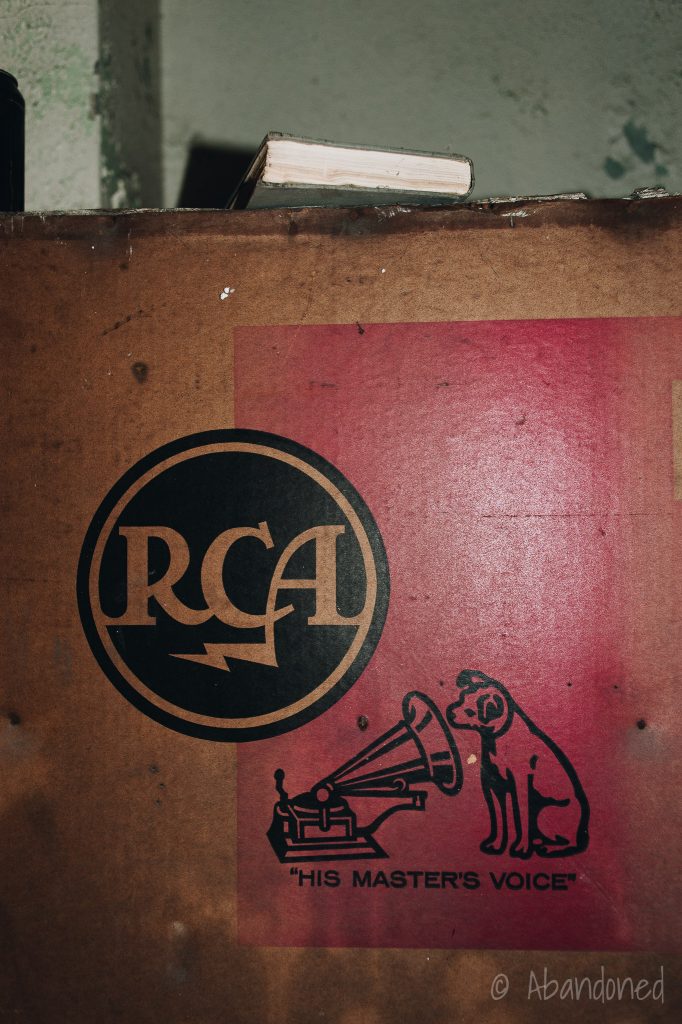 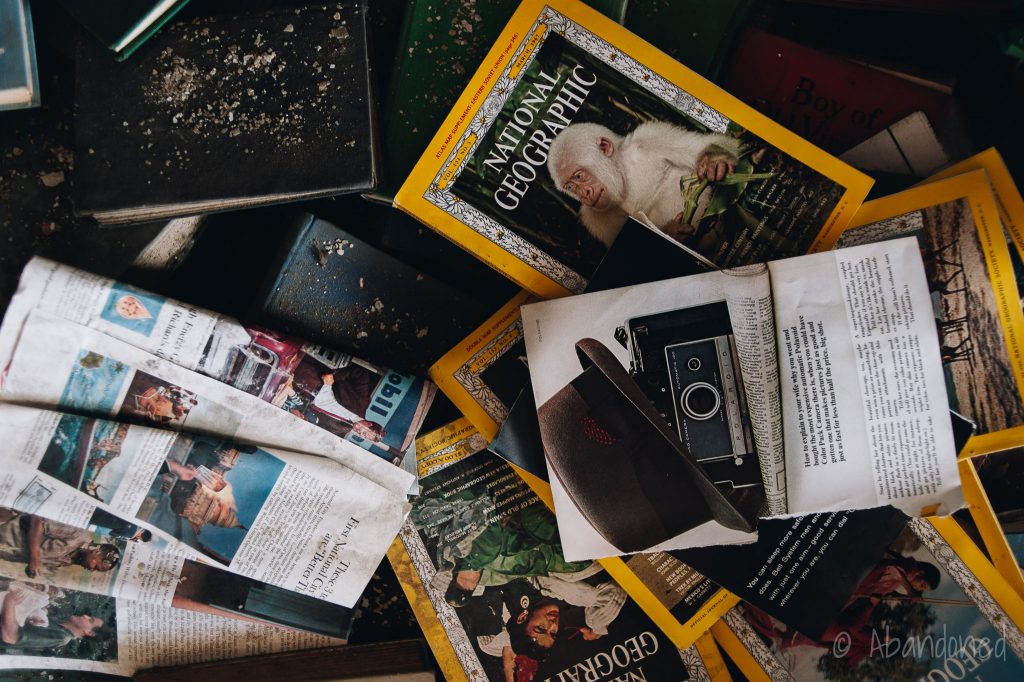