Saint Ann Roman Catholic Church is a closed Catholic church within the Archdiocese of Hartford in Connecticut.

German Catholics that first settled in northern New Haven County first attended Mass at St. Rose of Lima. 2 About 400 of those immigrants joined with French-Canadians in 1880 to establish St. Laurent Church.

It was not more than a few years before St. Laurent was near capacity. On December 8, 1889, German worshippers gathered in the basement of St. Laurent to plan the organization of the St. Ann parish. 2

Bishop Lawrence S. McMahon authorized St. Ann to form as an independent parish on March 12, 1890. 2 Father Ignatius Kost, who had served as a curate at St. Laurent for 19 months, was named the first pastor of the newly minted St. Ann Roman Catholic Church in December 1891.

A small wood-frame church was decided on December 6, 1891. 2 A school was added in September 1894 with 165 students supervised by a single lay teacher. The School Sisters of Notre Dame assumed teaching duties in 1896.

After outgrowing the original facility, Father Nicholas Schneider led the effort to purchase a lot for a bigger brick structure. 2 Bishop John J. Nilan blessed the cornerstone on October 27, 1912, and dedicated the new church sanctuary on October 19, 1913.

A new three-story school was dedicated on April 18, 1937, by Bishop Maurice F. McAuliffe. 2

St. Ann closed in 2017 after the Archdiocese of Hartford reduced the number of parishes from 212 to 127. 1 Of the 127 parishes, 68 remained as they were, while 59 merged into unions of two to six churches. St. Ann and nearby St. Laurent joined St. Joseph, Holy Angels, and Our Lady of Mount Carmel to form Our Lady Queen of Angels parish. 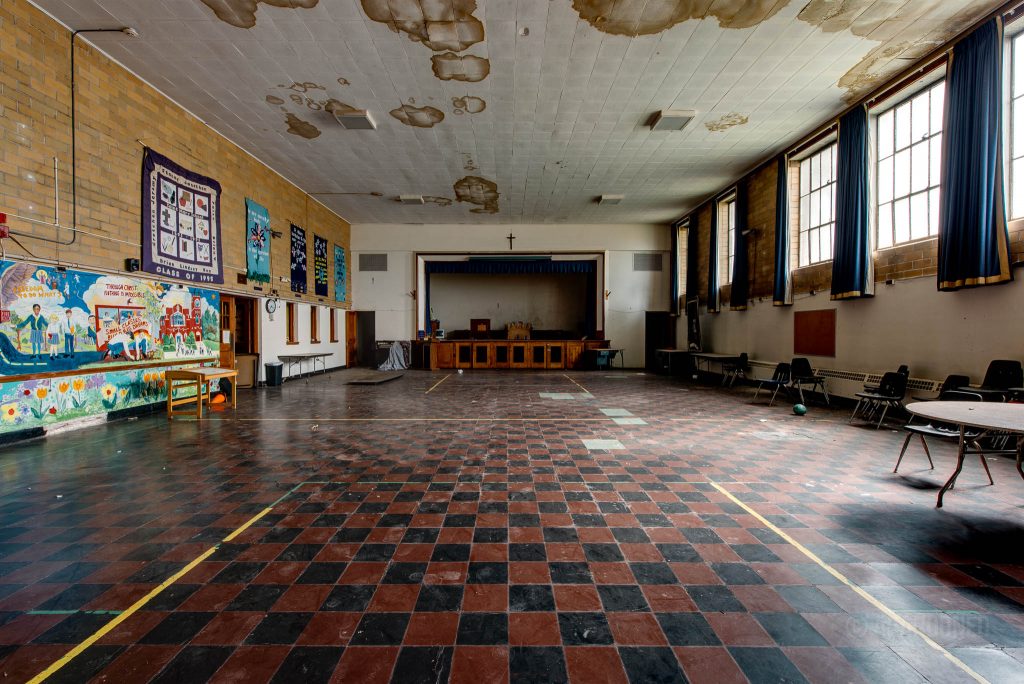 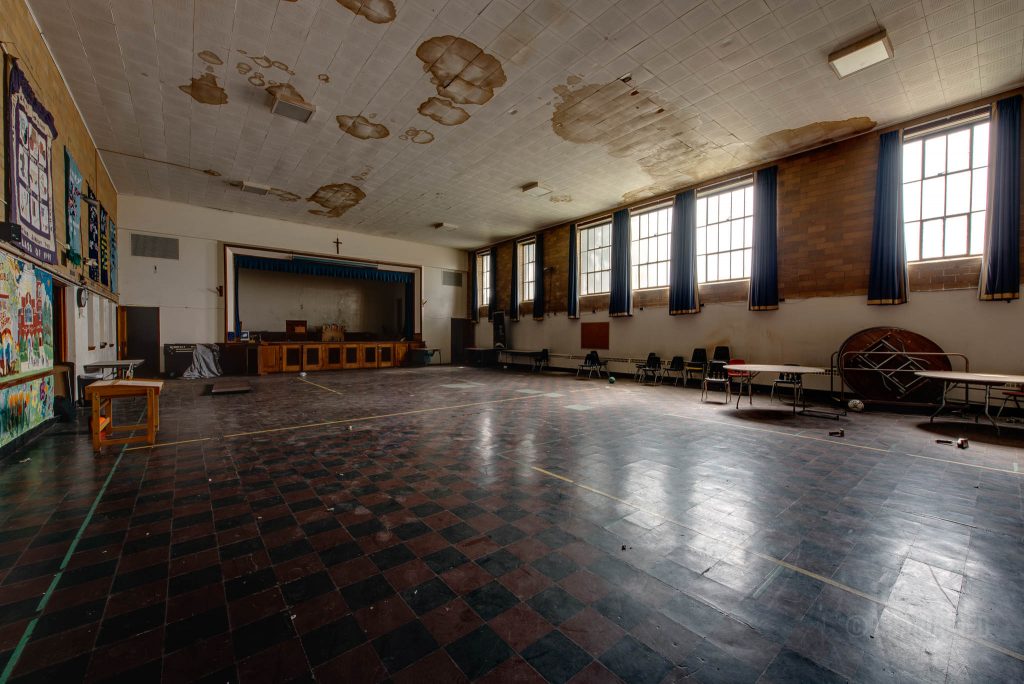 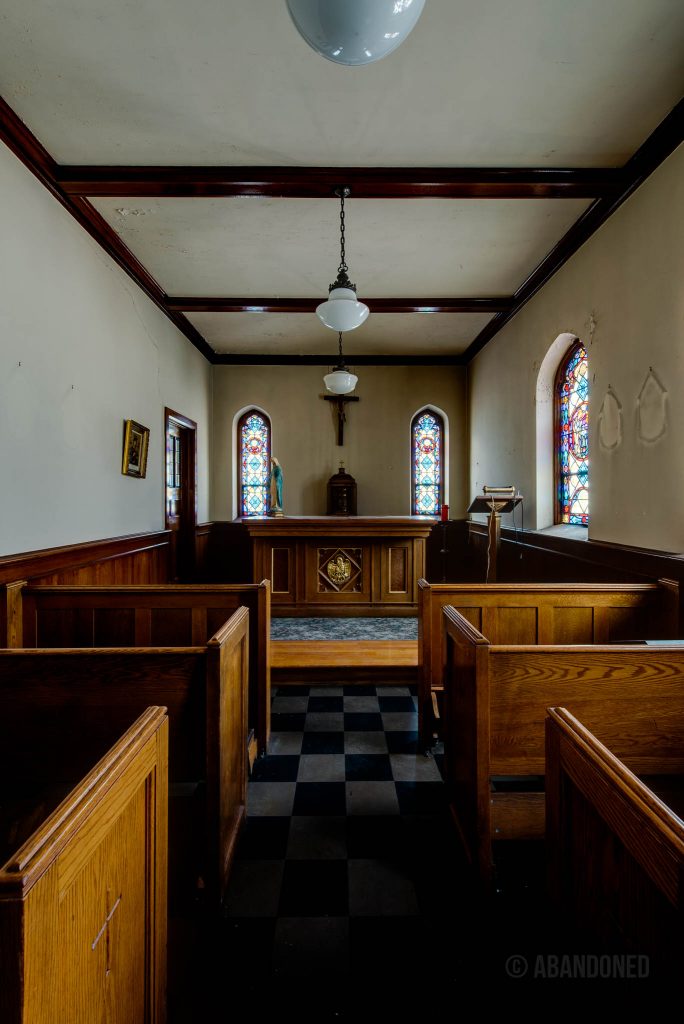 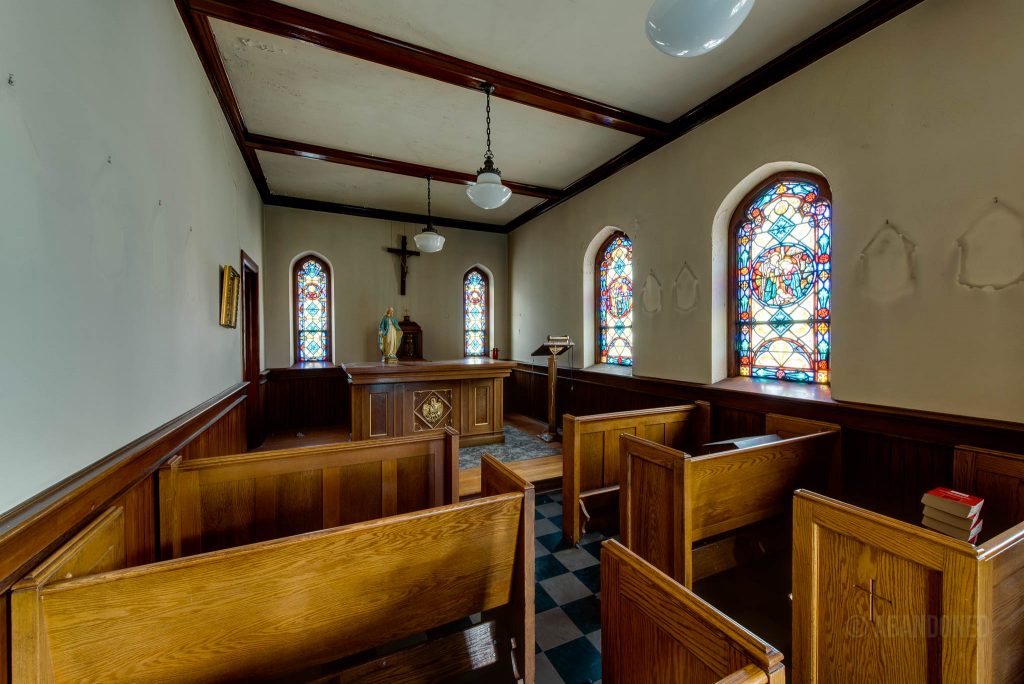 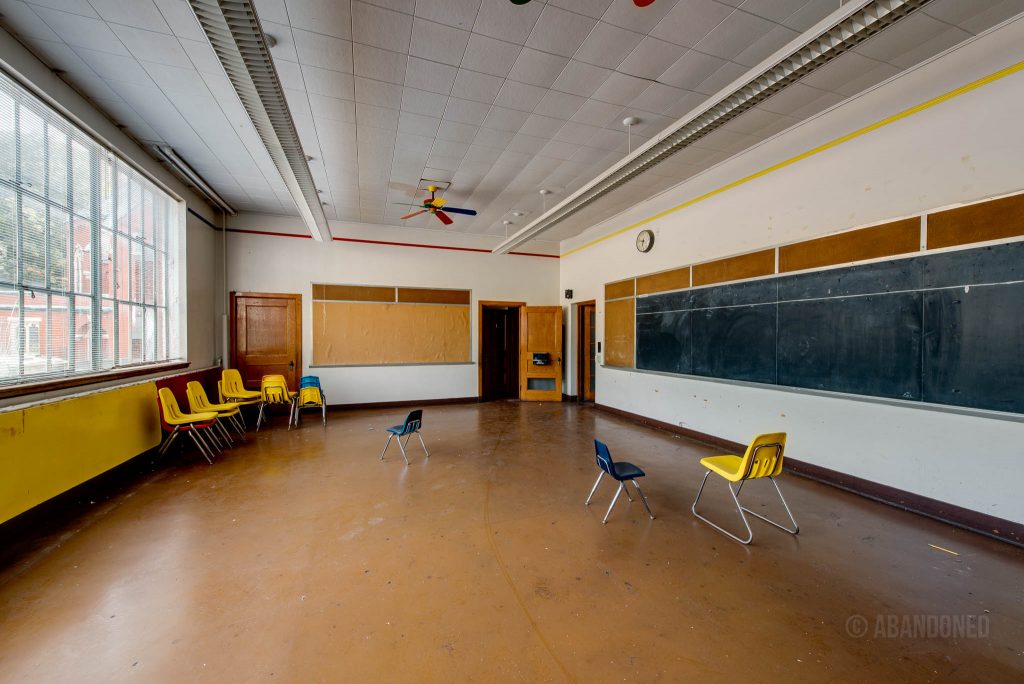 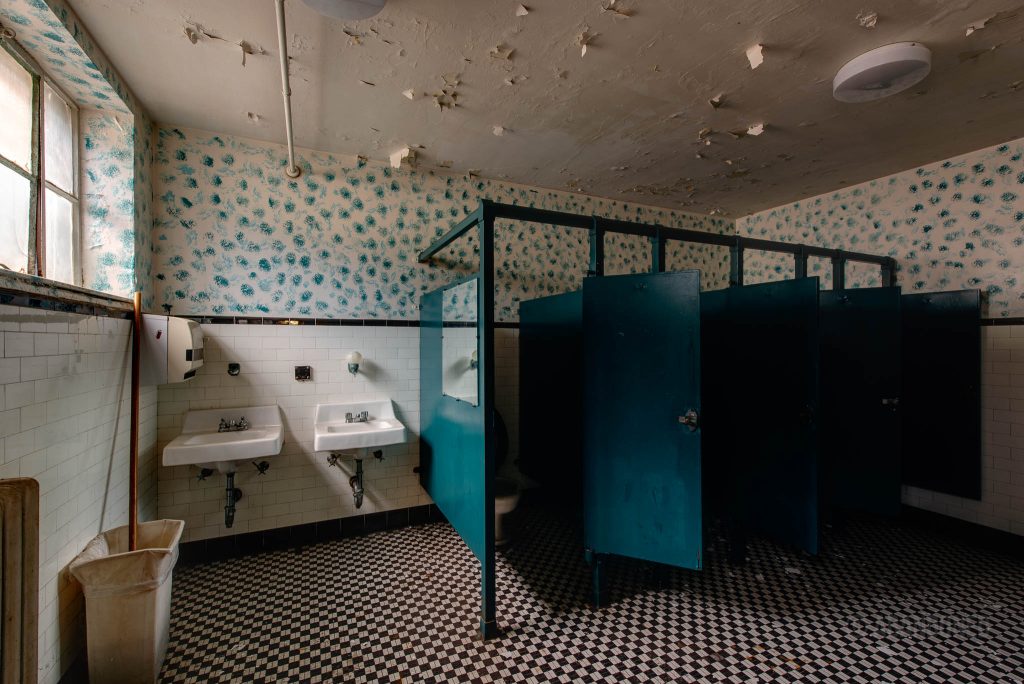 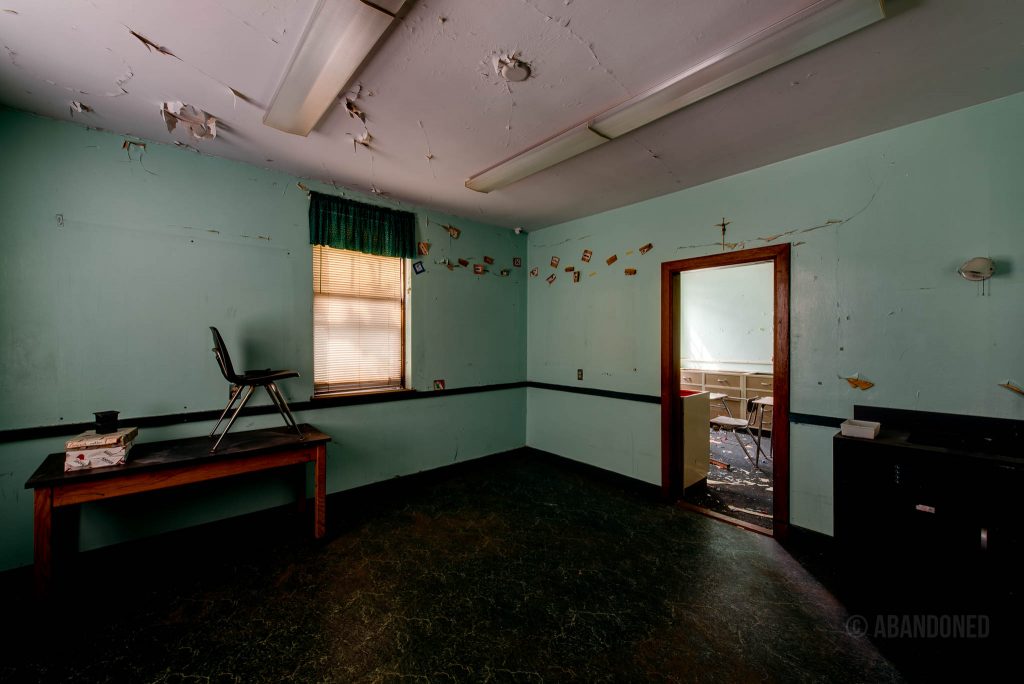 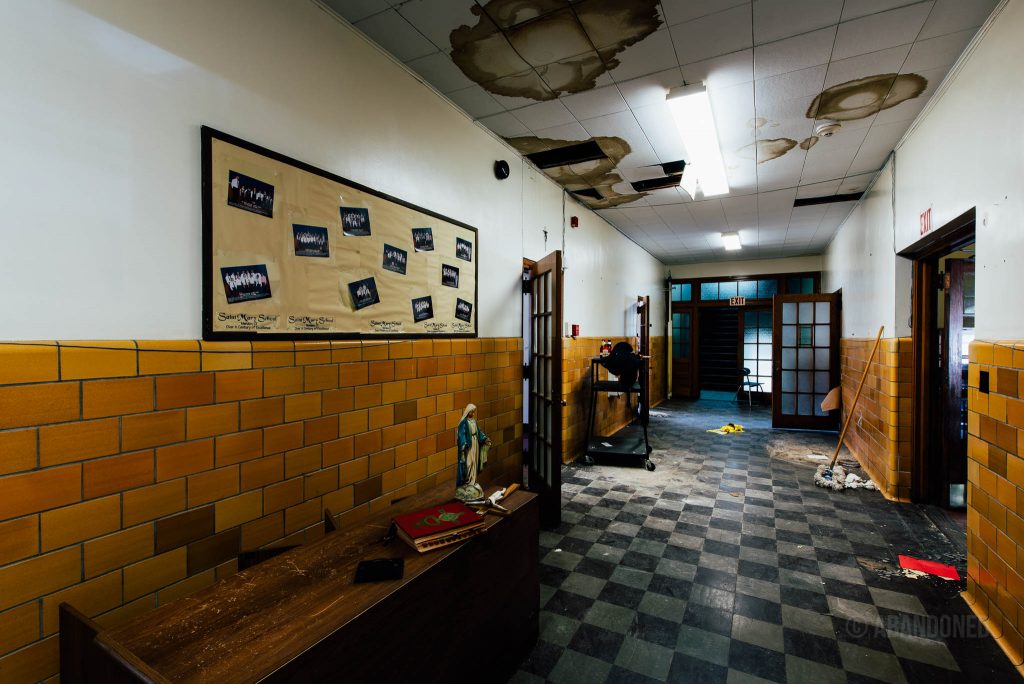 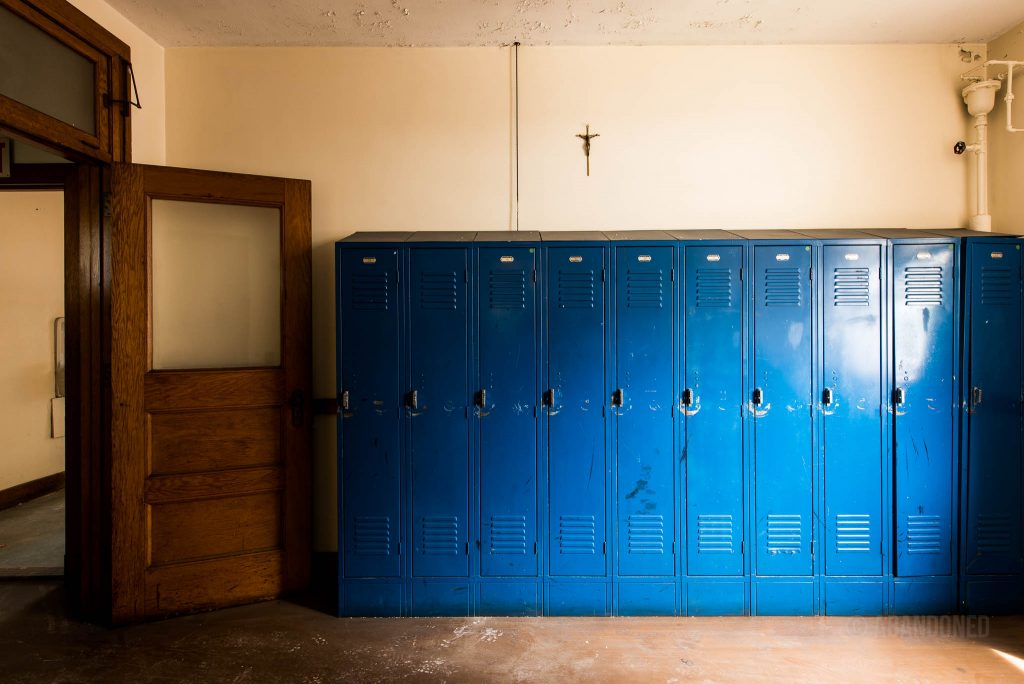 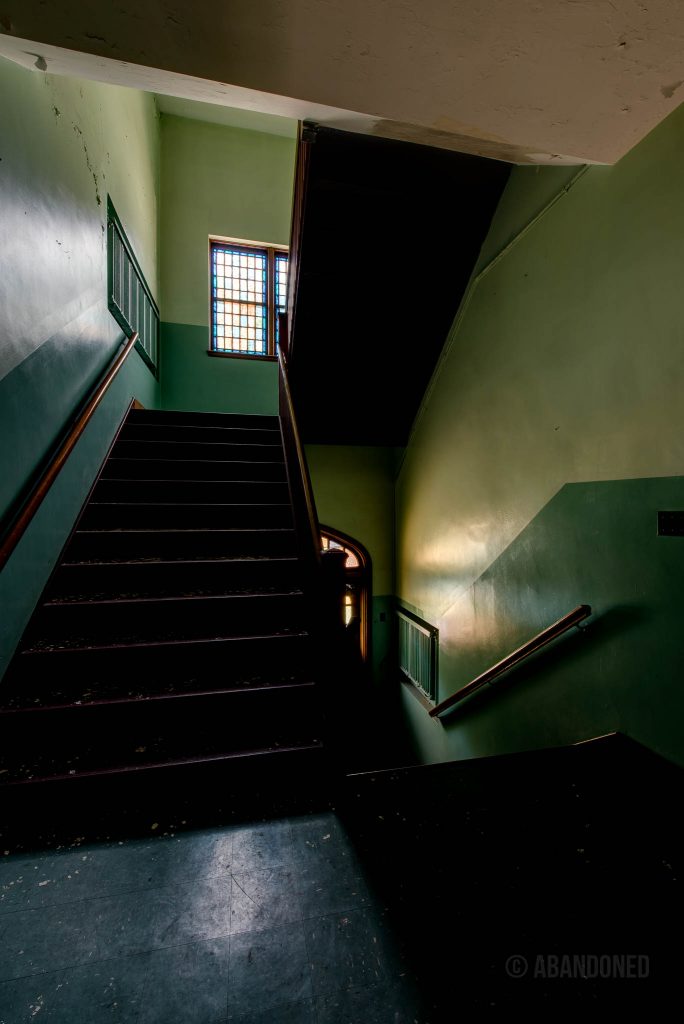 Years ago, I often went to the mammoth Huntington Mall in Barboursville, West Virginia. It was the largest shopping center in the largest in the state - and also its busiest. The mall was dated, coate…
END_OF_DOCUMENT_TOKEN_TO_BE_REPLACED
Category ExplorationsPosted on November 4, 2013July 21, 2014

When I attended the University of Kentucky, I traveled the back roads of my state - a lot. On one of my excursions, I came across the abandoned Buckeye School. Back then, its lot was filled with relic…
END_OF_DOCUMENT_TOKEN_TO_BE_REPLACED
Category In FocusPosted on May 13, 2014April 22, 2015

I miss the January and Wood Company in Maysville, Kentucky. Dating to 1834, January and Wood was a cotton mill that diversified into synthetics, such as rayon and polyester, and was noted as being one…
END_OF_DOCUMENT_TOKEN_TO_BE_REPLACED
Category ExplorationsPosted on May 28, 2021December 3, 2021